ALPHONSE ISLAND FISHING NEWS – A Flats Slam and a GT of 101 cm! 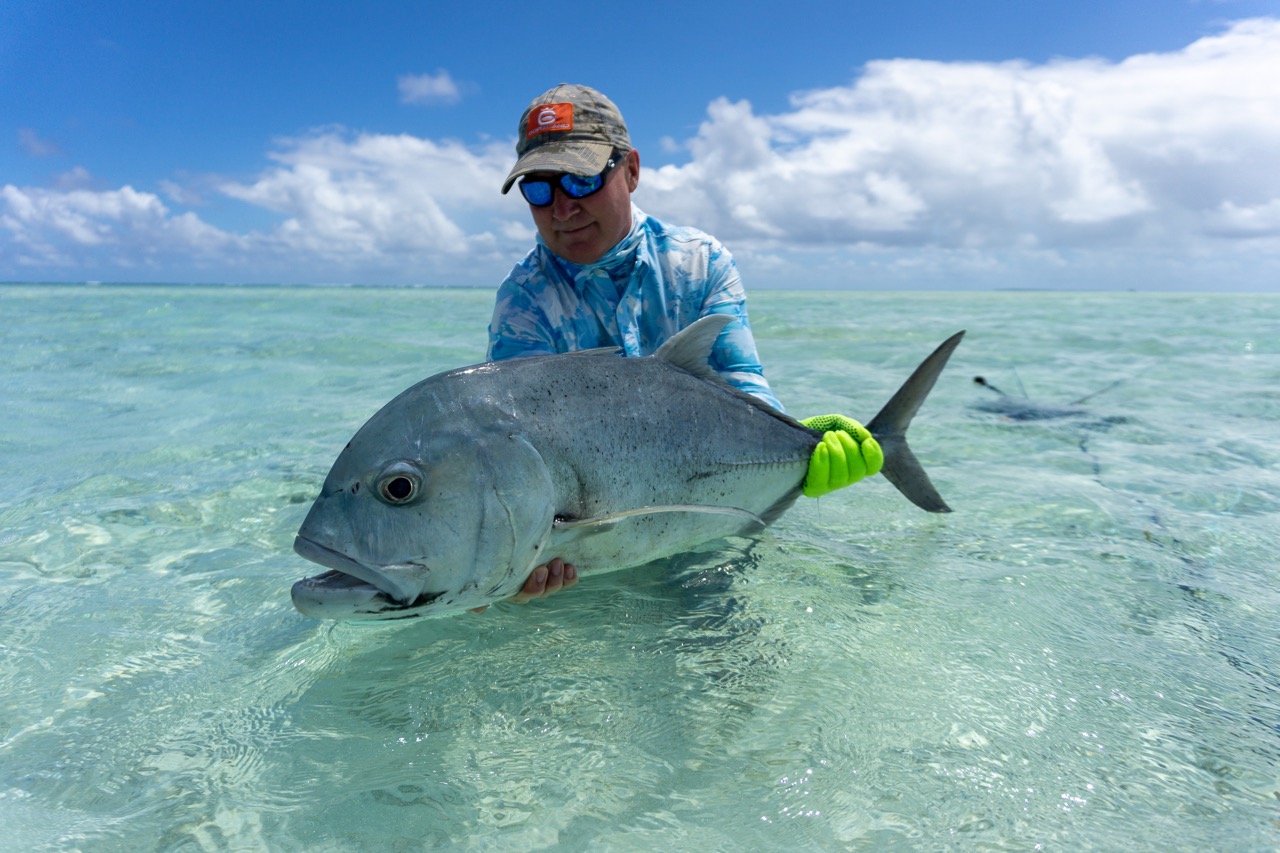 The southern winds prevailed throughout the week making for tough fishing conditions, but, despite these challenging conditions, the true class of the fishermen on St Francois shone through.

First time fly fishermen, and veterans alike, enjoyed epic Bonefishing, with many tales of “Bonefish as far as the eye can see”. In total 411 Bonefish were caught during the week.

Giant Trevally were sighted in good numbers throughout the entire week, especially inside the lagoon. Barry Unwin caught a beautiful 85 m GT while popping in Ignoblis Channel. Another fish was raised while popping, this time an 88 cm specimen by Tom Leslie in the top lagoon of St. Francois. Jason Hum had an epic day on Friday, landing two fish. One in Tam-Tam channel and another one eating off a Ray on Tiger flat. The biggest fish of the week was caught by Sam Balderson, a massive 101 cm fish that charged a brush fly in Milkyway channel and had to be chased through coral structure with the skiff.

John Wilson hit the homerun on Monday getting a flats slam. A Moustache Triggerfish picked off a finger flat inside the lagoon, an 80 cm GT swimming on a ray behind West Knoll, and finishing it off with a bonefish. Later the week he also caught a Giant Yellowmargin triggerfish measuring 51 cm.

A good number of Milkfish have been feeding inside the lagoon this week. Quite a number have been hooked, but none were landed successfully. It just shows how remarkably testing these fish are on tackle and fishermen.

As the fishing season starts to wind down we have been pushing hard to get our last GT tagged. Luckily our guests were willing to help and the project accomplished its 2nd best tagging week of the season. Despite near constant high winds we managed to get out 6 more transmitters in GT around St. Francois and an additional 3 fish with PIT tags, bringing our total numbers to 68 and 179, respectively.

We were also able to capture and deploy one of our ‘FishBit’ activity logging devices on a respectable 111 cm GT to collect data on the swimming behavior and activity of fish in the minutes following catch and release. 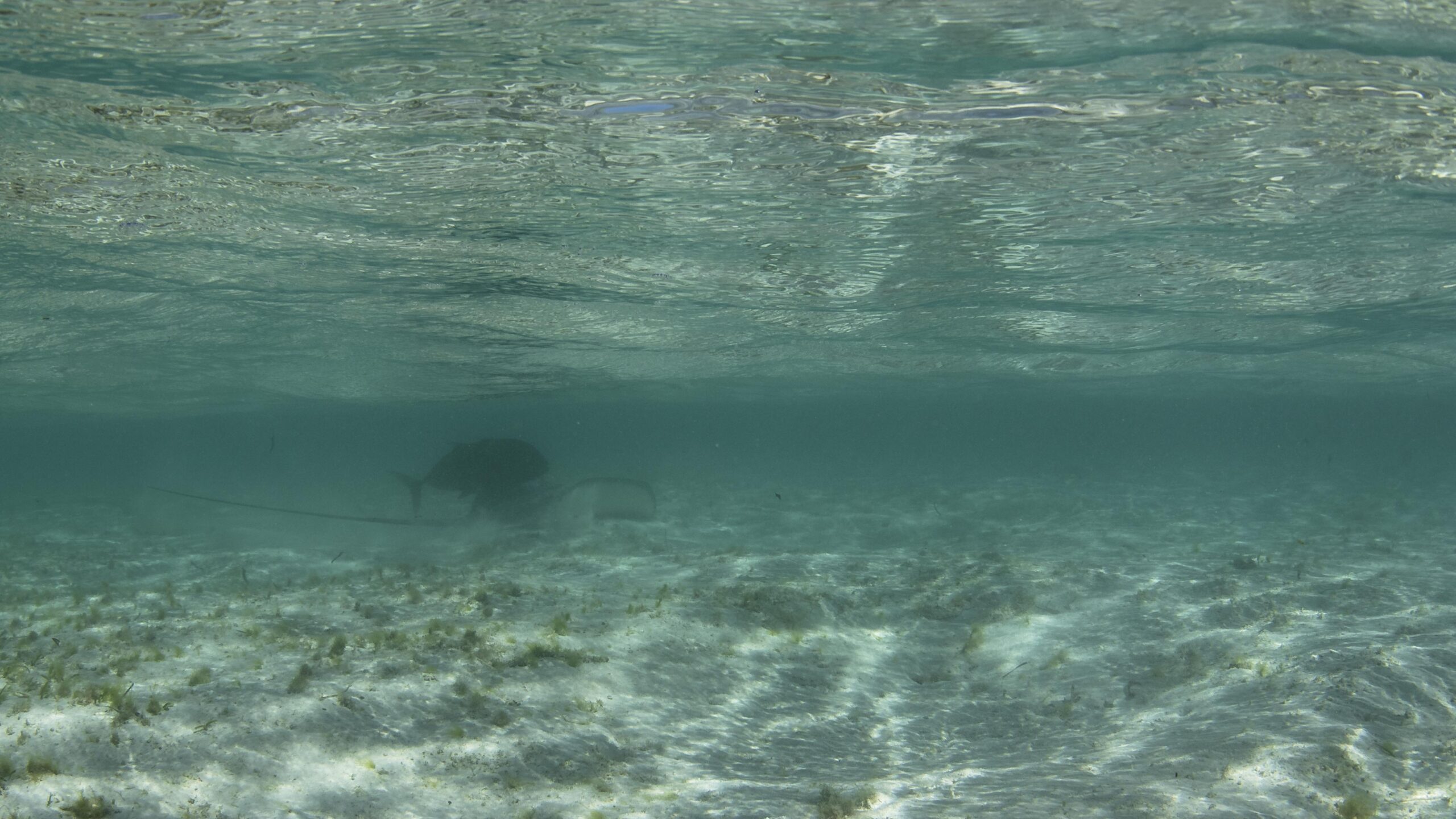 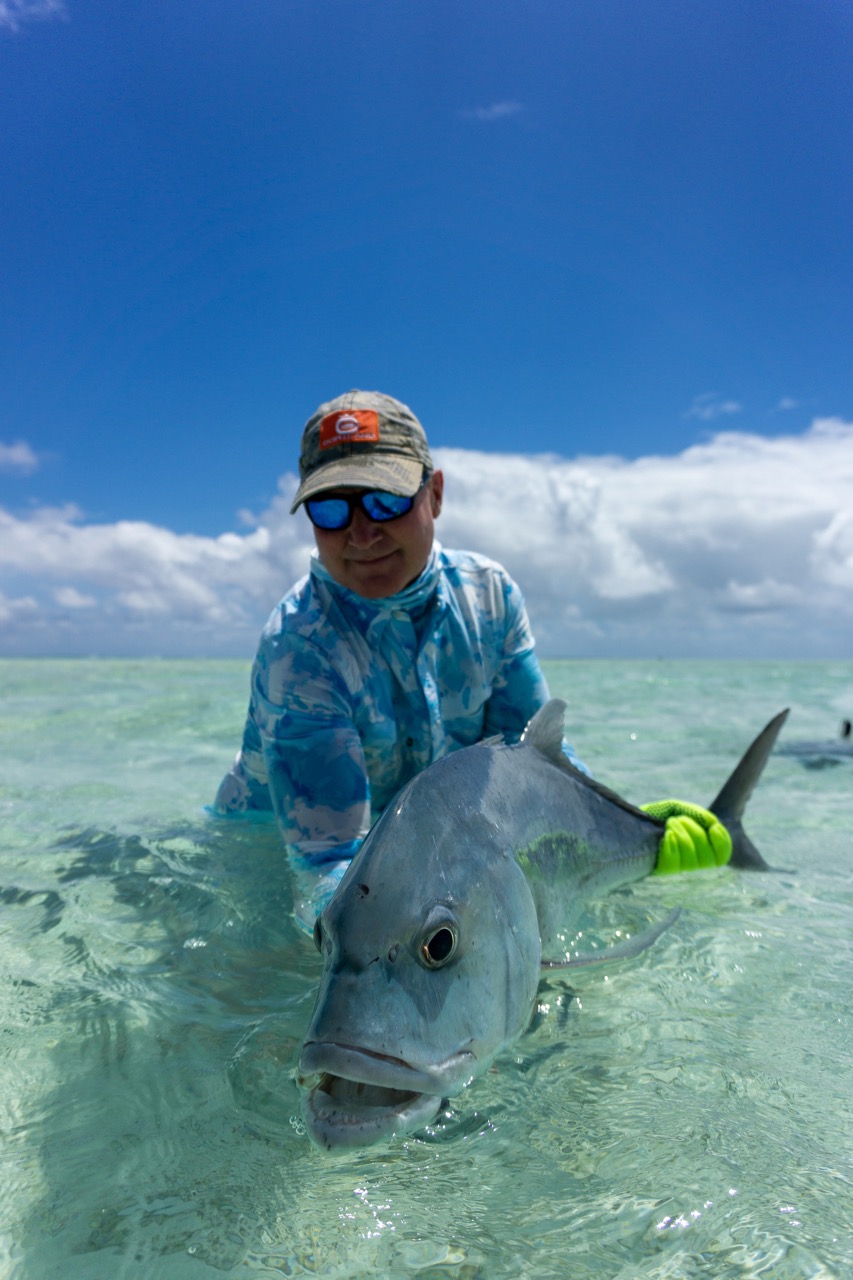 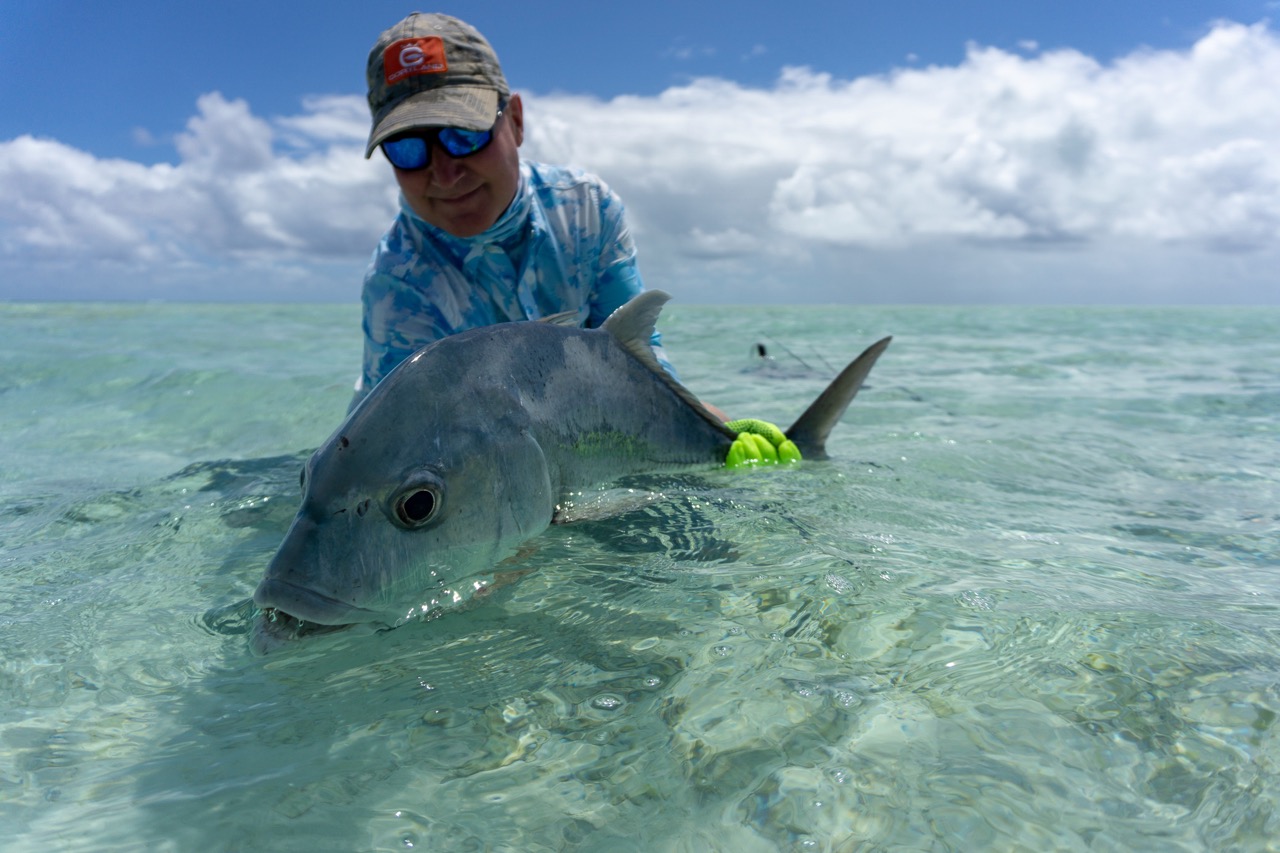 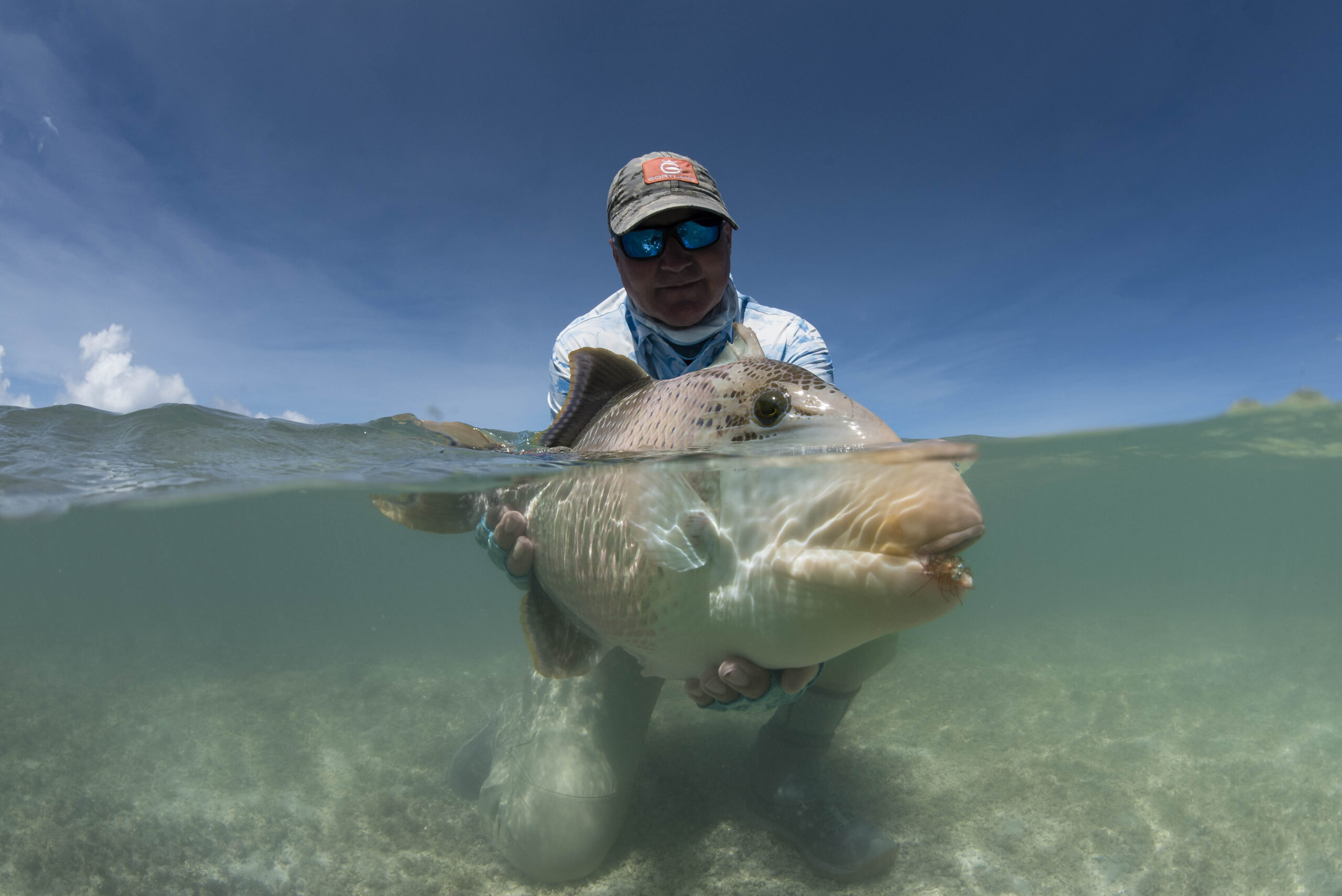 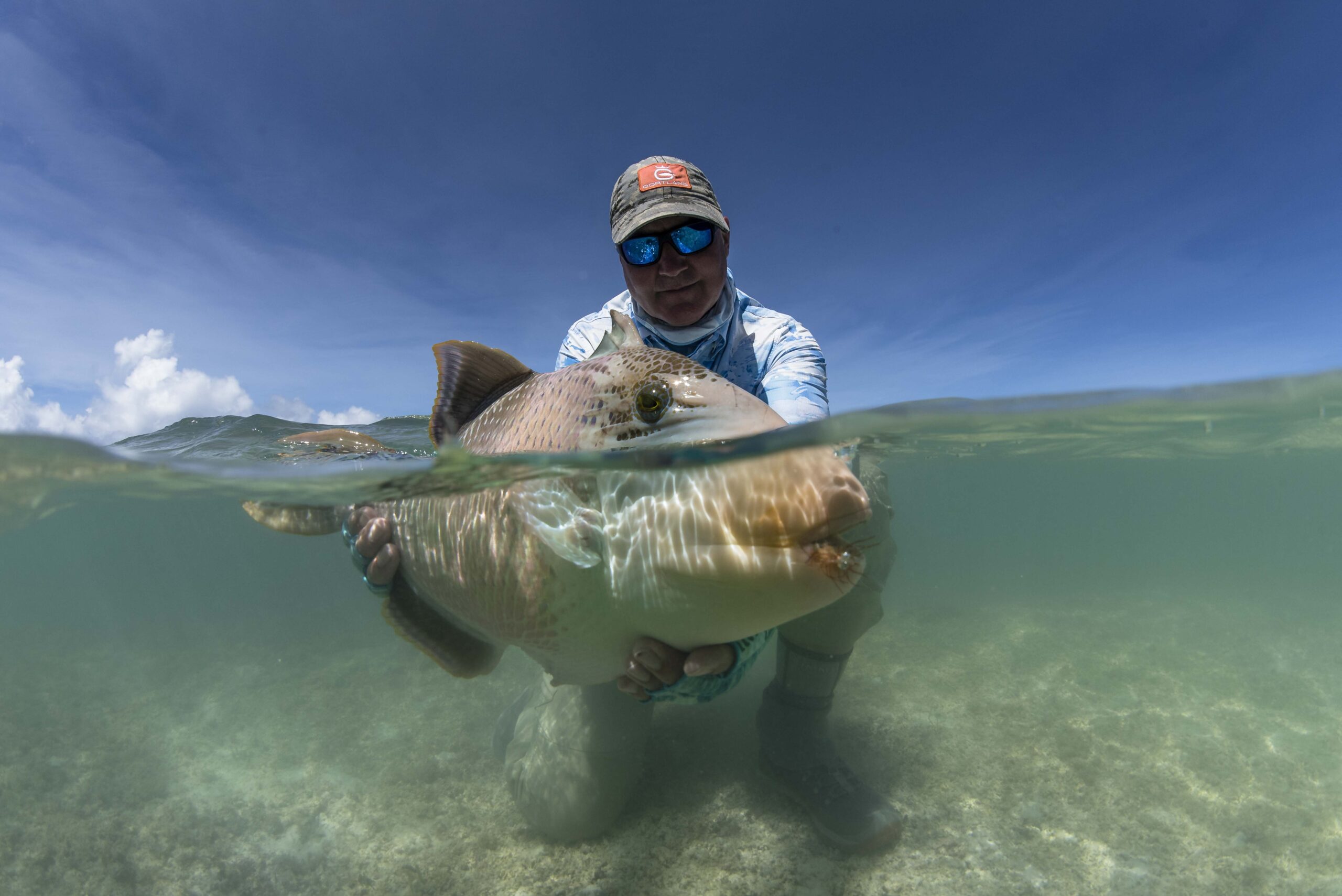 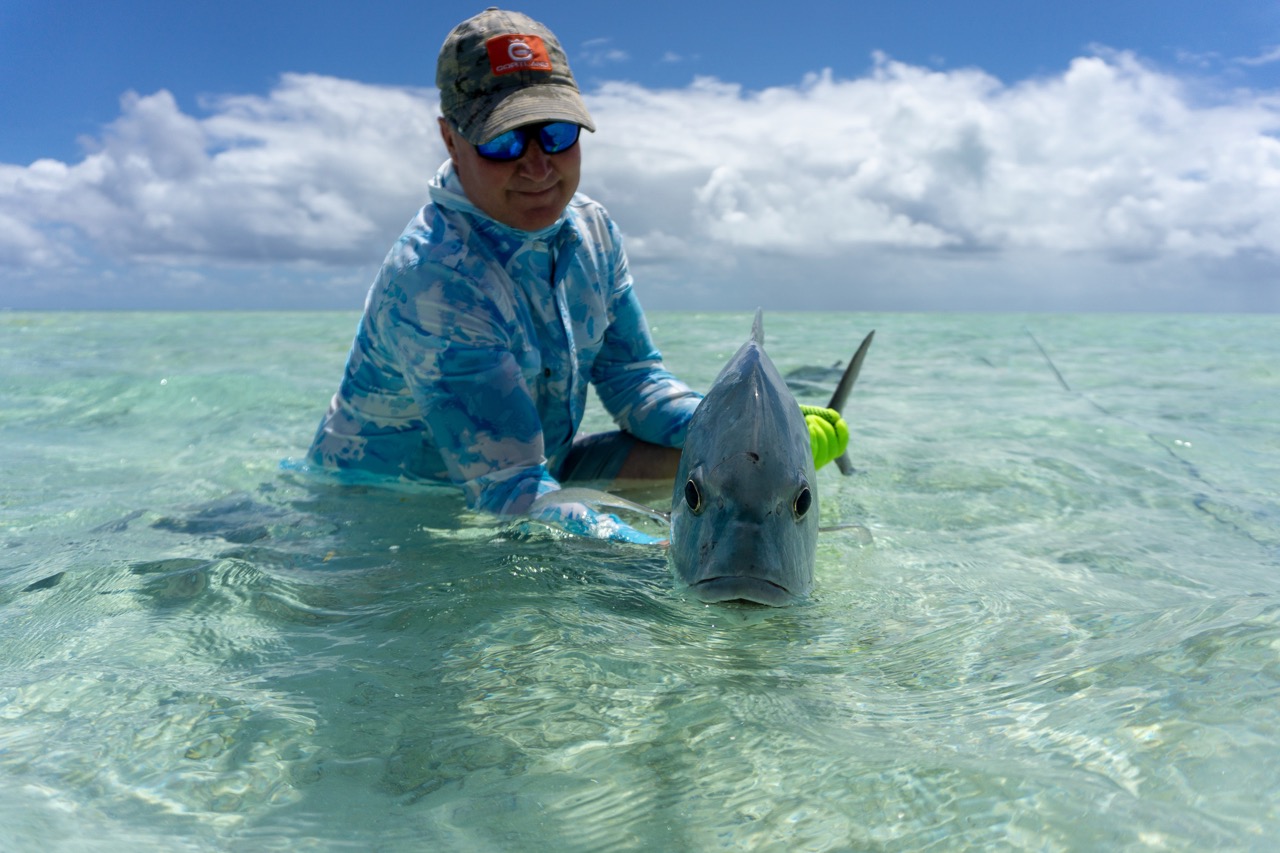