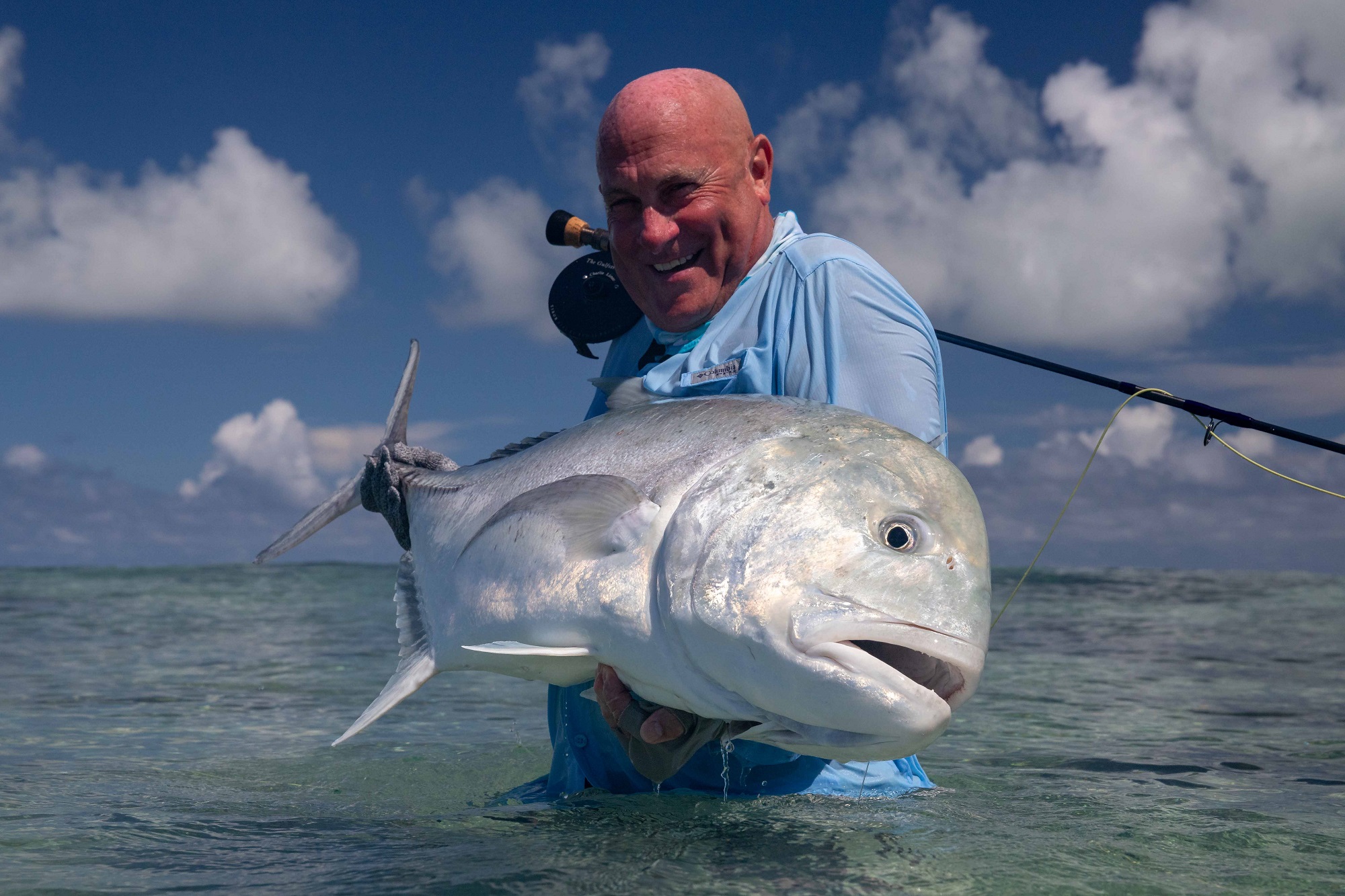 The weather on Alphonse Island was challenging from day one with daily rain showers and gusty winds, yet despite the tough weather, the guests were out every day giving it there all.

Bones being the target for the first day saw guests with 20 plus bones and some large 50-60 cm fish.

The GT’s were angry this week and really gave the guys a hard time. Alan Olivier, losing his entire fly line to a beast early in the week, finally got his revenge with a wonderful 81 cm GT. The GT of the week, at 107 cm, was taken in the surf and gave an incredible battle to both the angler and the guide. Before the fish was landed it dragged the angler almost off the skiff, destroyed the entire drag and eventually popped the spool off the reel.

A fair amount of time was spent by some of the guests popping and dredging, bohar snapper, jobfish, various coral species and some giant bluefin trevally including a 63 cm specimen were landed.

With the tide moving from neaps to springs the hunt for triggers was on, Nick Jensen being the only guest to land a yellow margin trigger much later in the week.

A tough week for all but good memories and unforgettable moments were taken home. 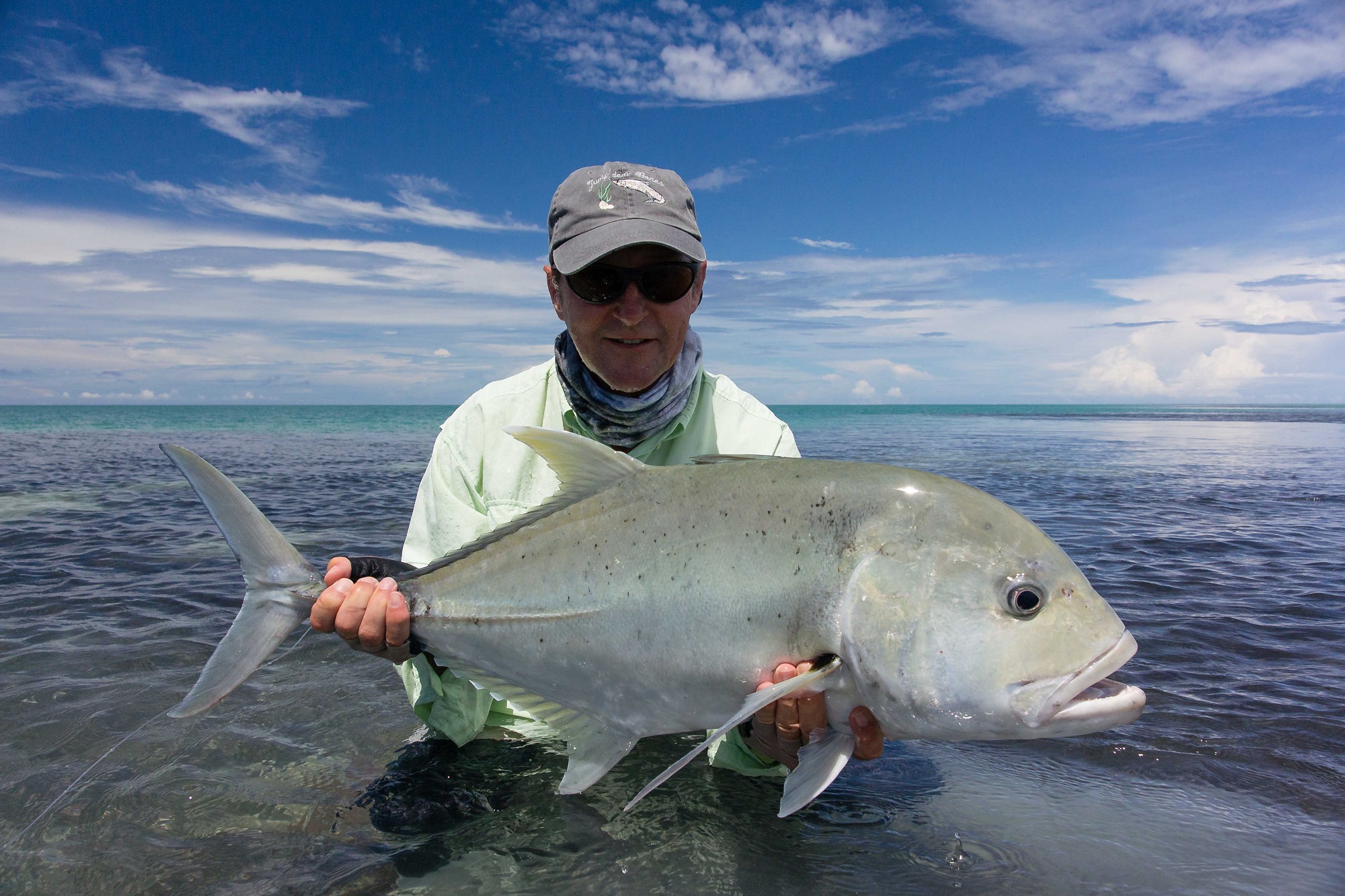 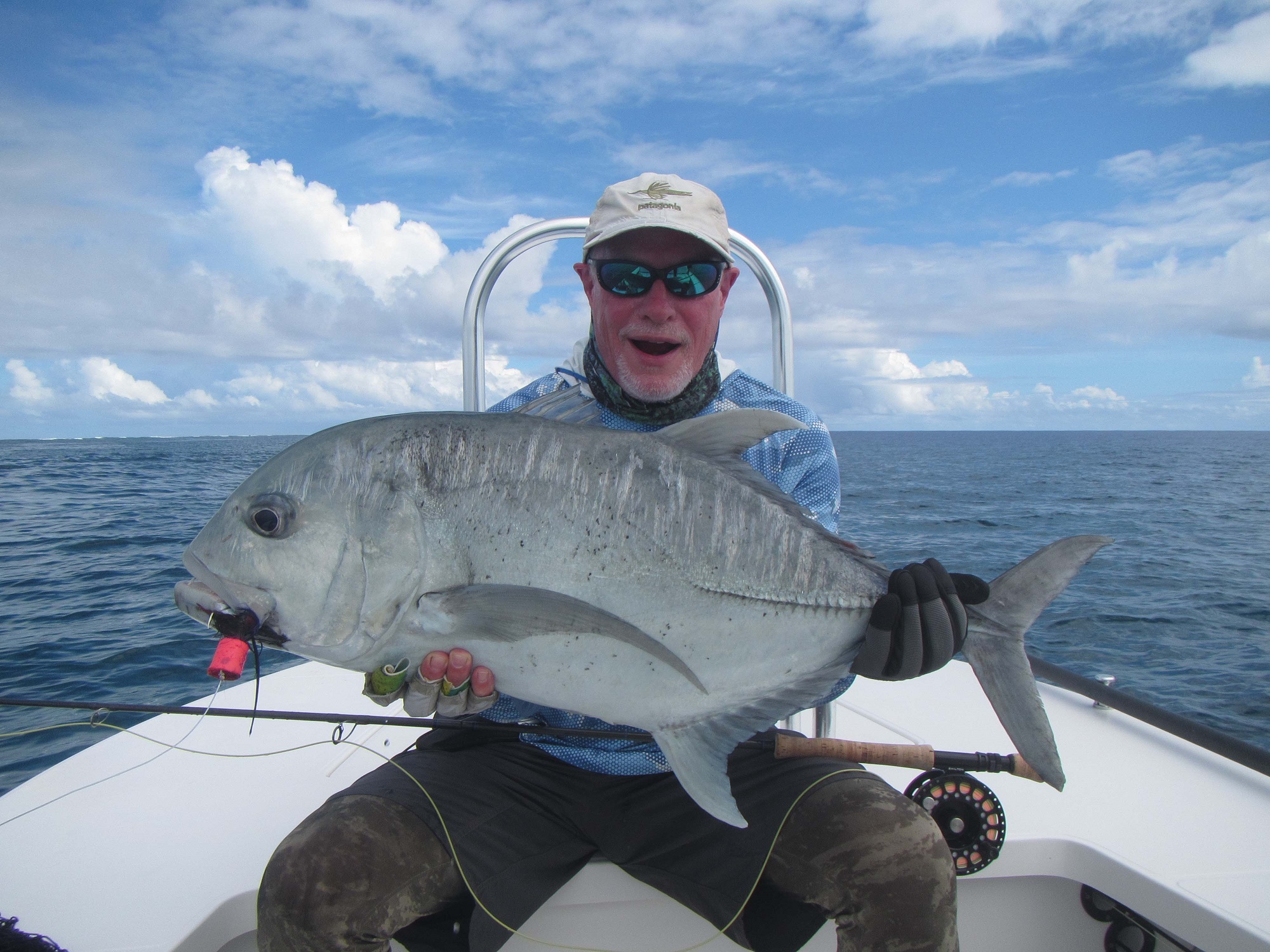 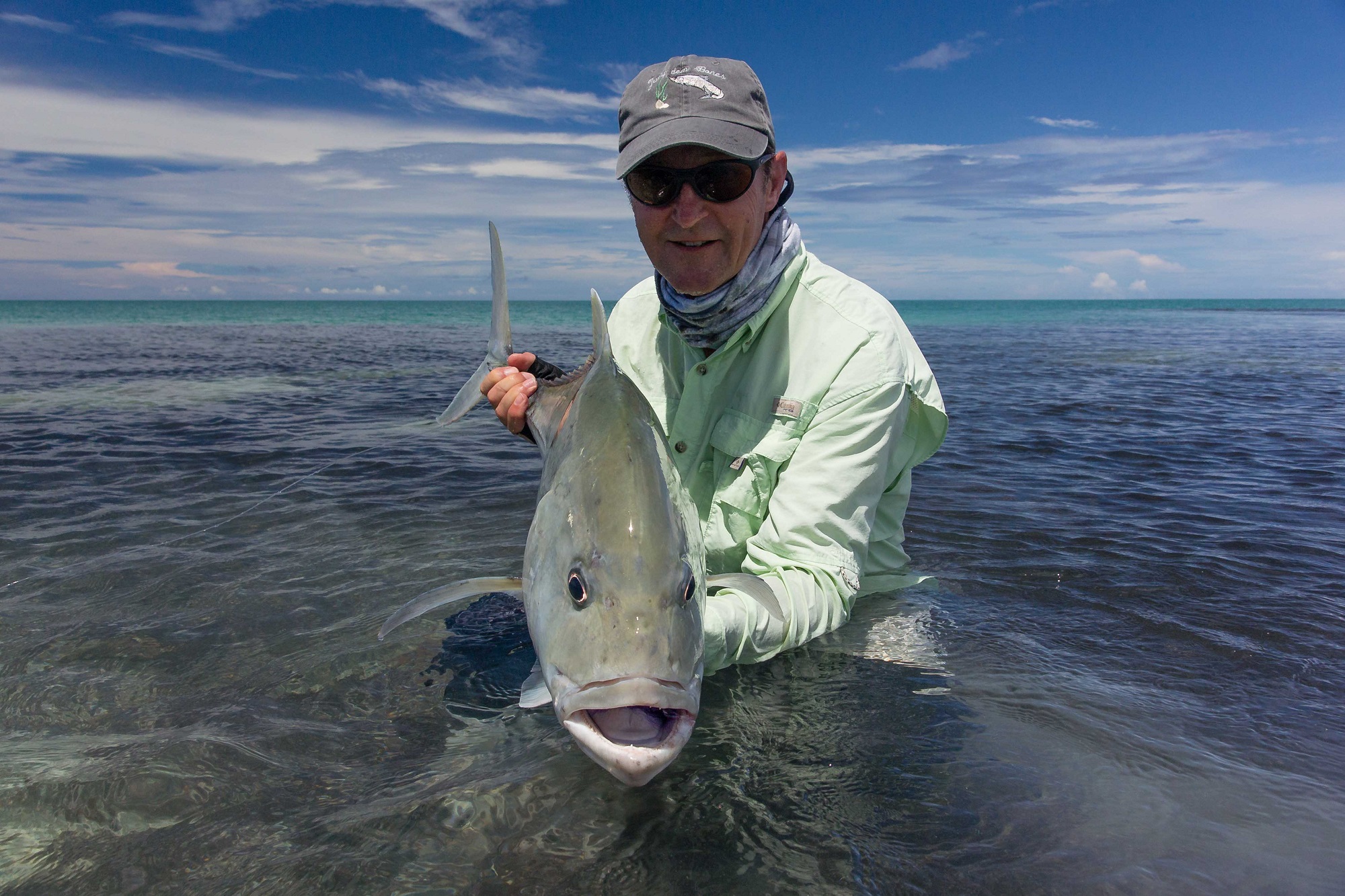 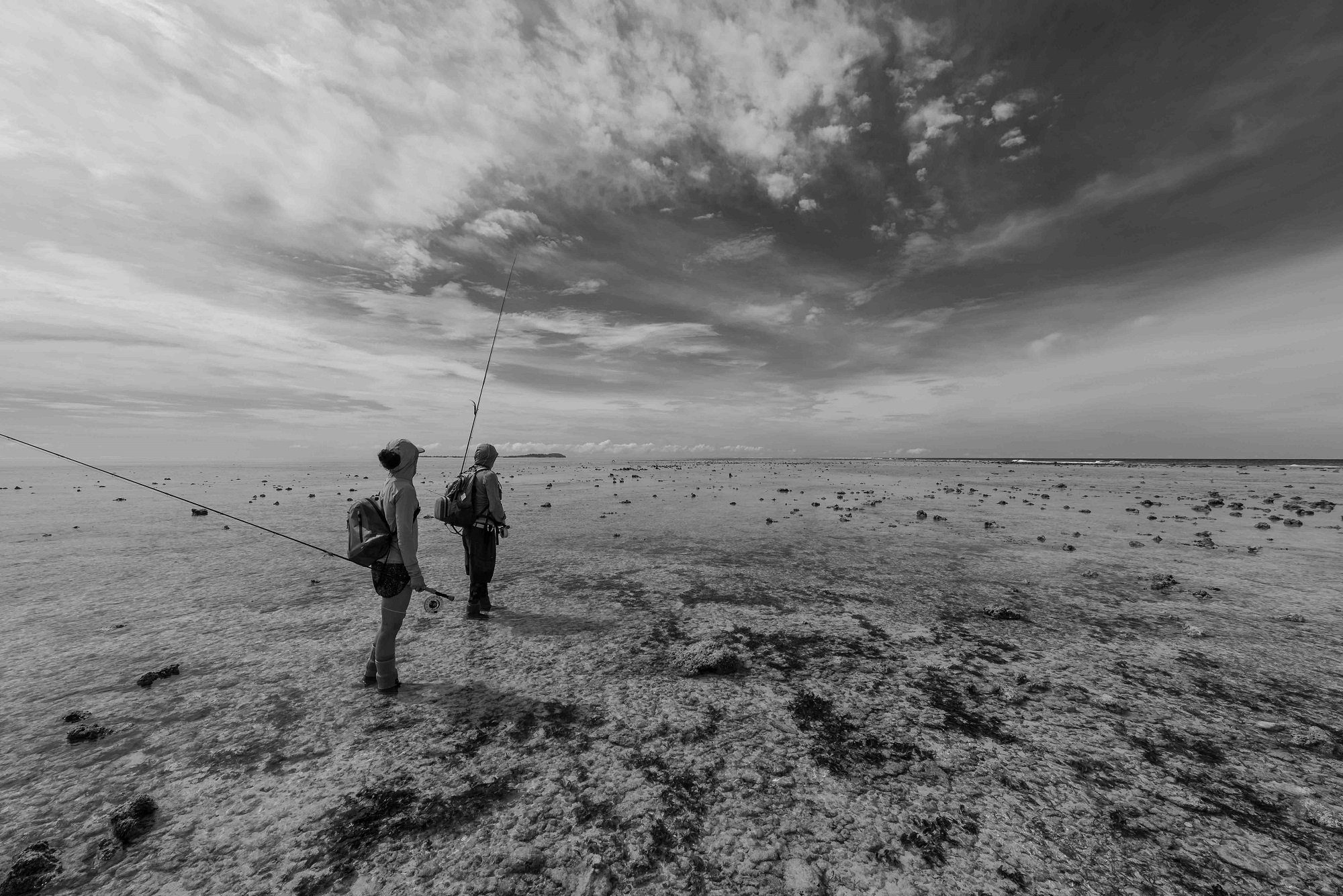 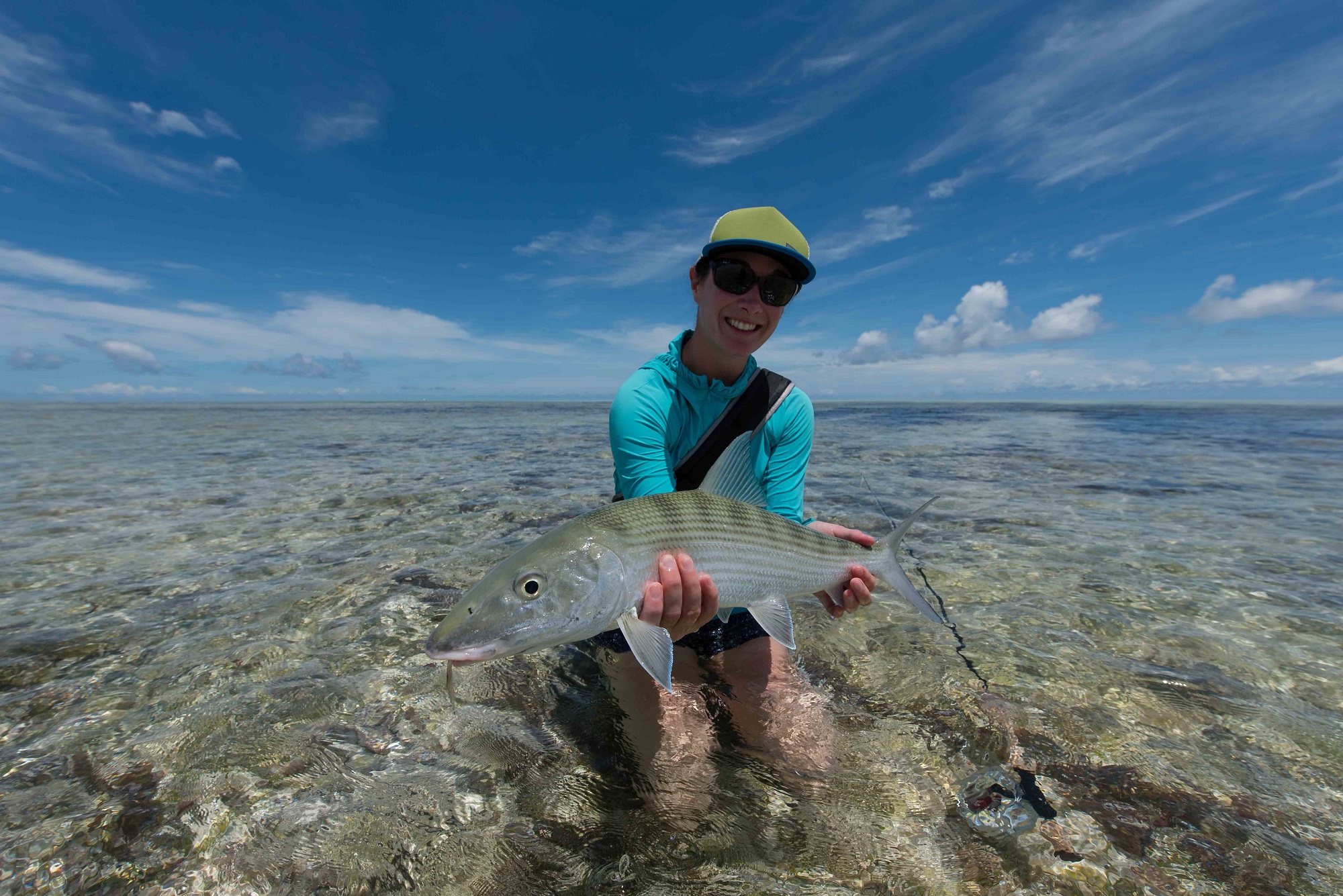 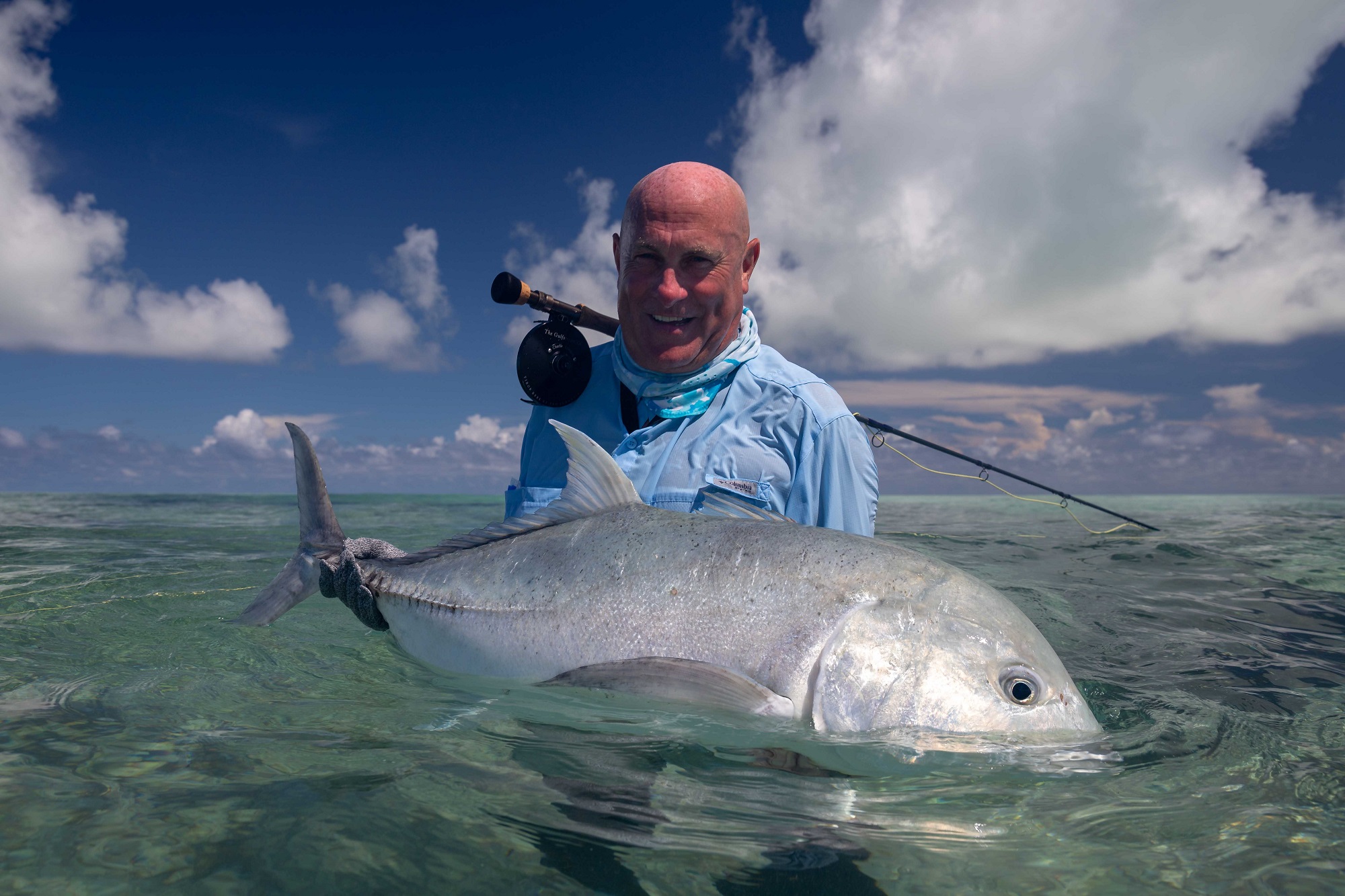