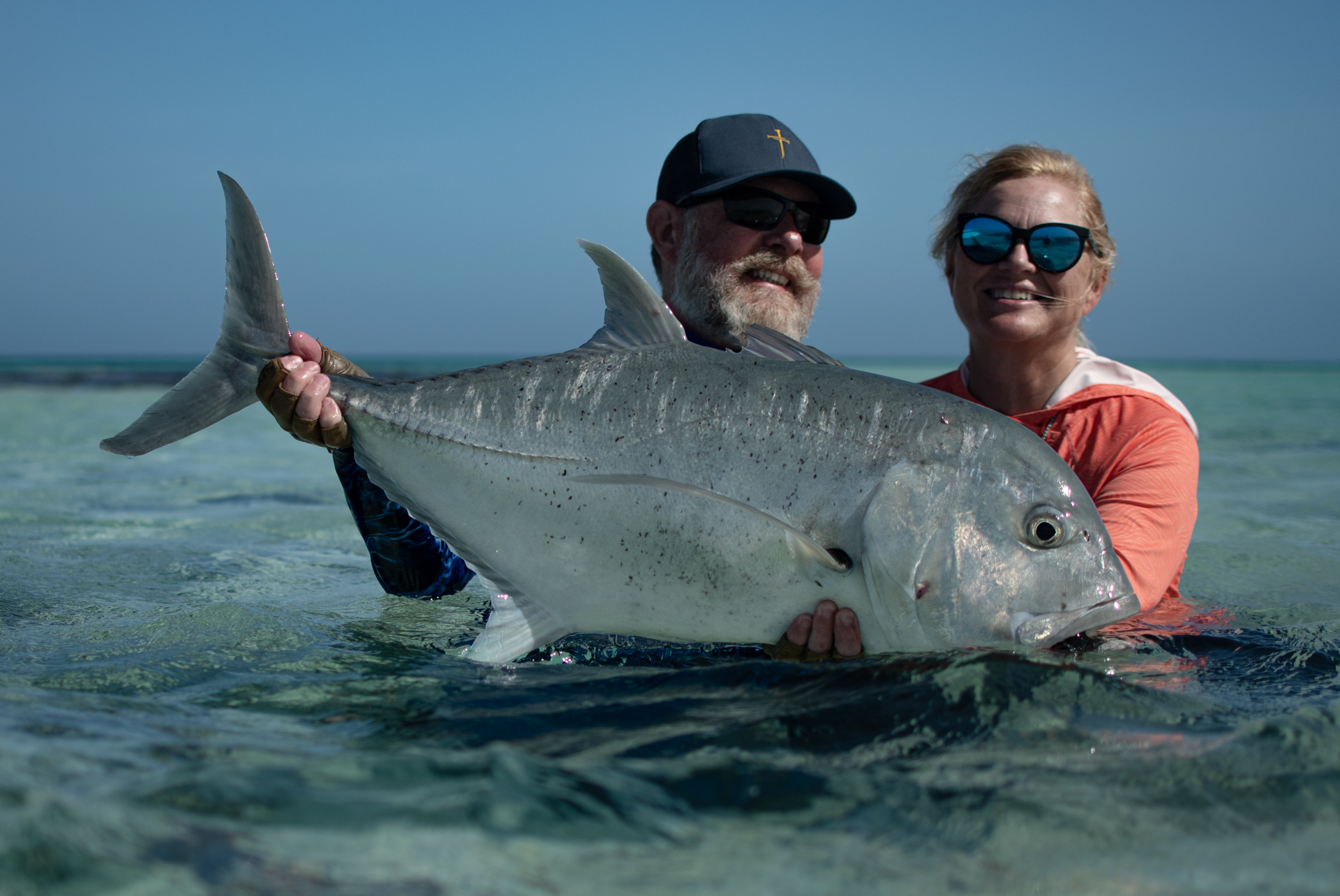 Despite the challenging weather conditions as the southeast wind had a firm grip over the Atoll this week there were still some incredible catches throughout the course of the week.

We had three Italians join us this week, Sergio Salsi, Renanto Sacheli and Gianbattista Zilianai. Sergio, being new to the saltwater flats had a bit of a slower start to the week and managed two GTs on the last day, however, he caught several other great species throughout the week. Renanto, also managed some great species and sadly lost a bumphead parrotfish on the first day. Giani, who was completely new to the world of saltwater flyfishing had an amazing weeks fishing. One of his highlights was a monster 54 cm yellowmargin triggerfish on the first day. He didn’t stop there as he racked up the most bonefish for the week and topped it off with a decent Napoleon wrasse. Sadly, he lost a GT well over the one metre mark on the last day.

Ian Clark had a stand out week. He managed to land two bumphead parrotfish on the first day, a couple of GTs throughout the week as well as a Napoleon wrasse.

Olly got his week off to a great start by landing GTs and a moustache triggerfish, however his highlight of the week was a 93 cm GT and a 105 cm GT on the same day. The 105 cm being off the beach which was smashing mullet on the shoreline.
Maria ended the week off with the most GTs of the week, which totaled five! Her biggest being a modest 87cm.

Jacob also had a solid week. He managed to get his first GT on fly and ended up with three in total. However, his standout catch was a monstrous 91 cm Napoleon wrasse which was tailing in the very shallow turtle grass. Asta, managed the biggest bonefish of the week measuring an impressive 60 cm. Sadly she came up short on her quest to land a GT.

Petur and Solla both managed their first GTs on fly with Petur also managing to land the very sort after golden trevally.  However, they had an incredible fifth day as they both landed a bumpy each with Solla’s fish measuring 103 cm, a fish that was landed in the surf which makes it that much harder and rewarding. 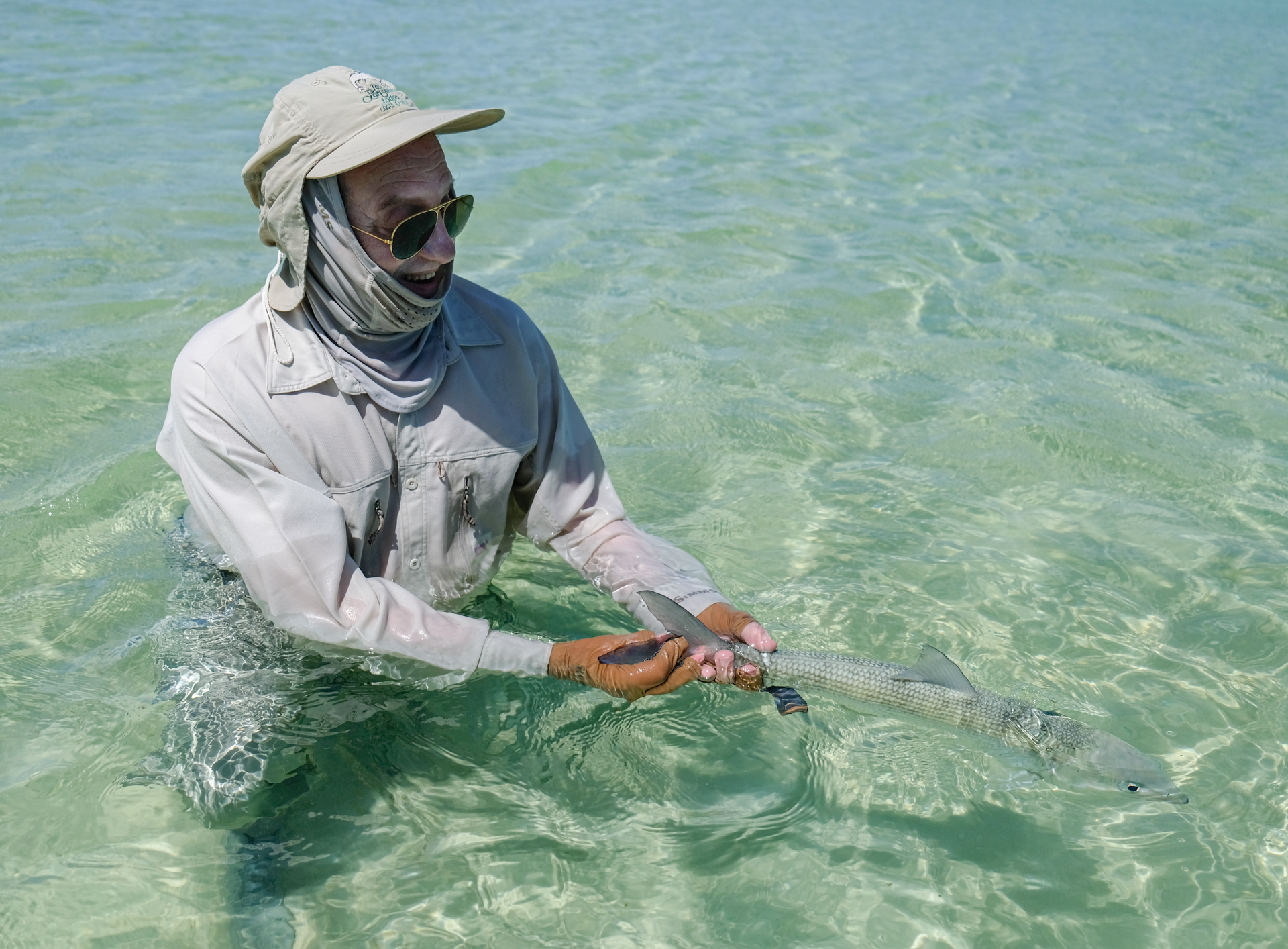 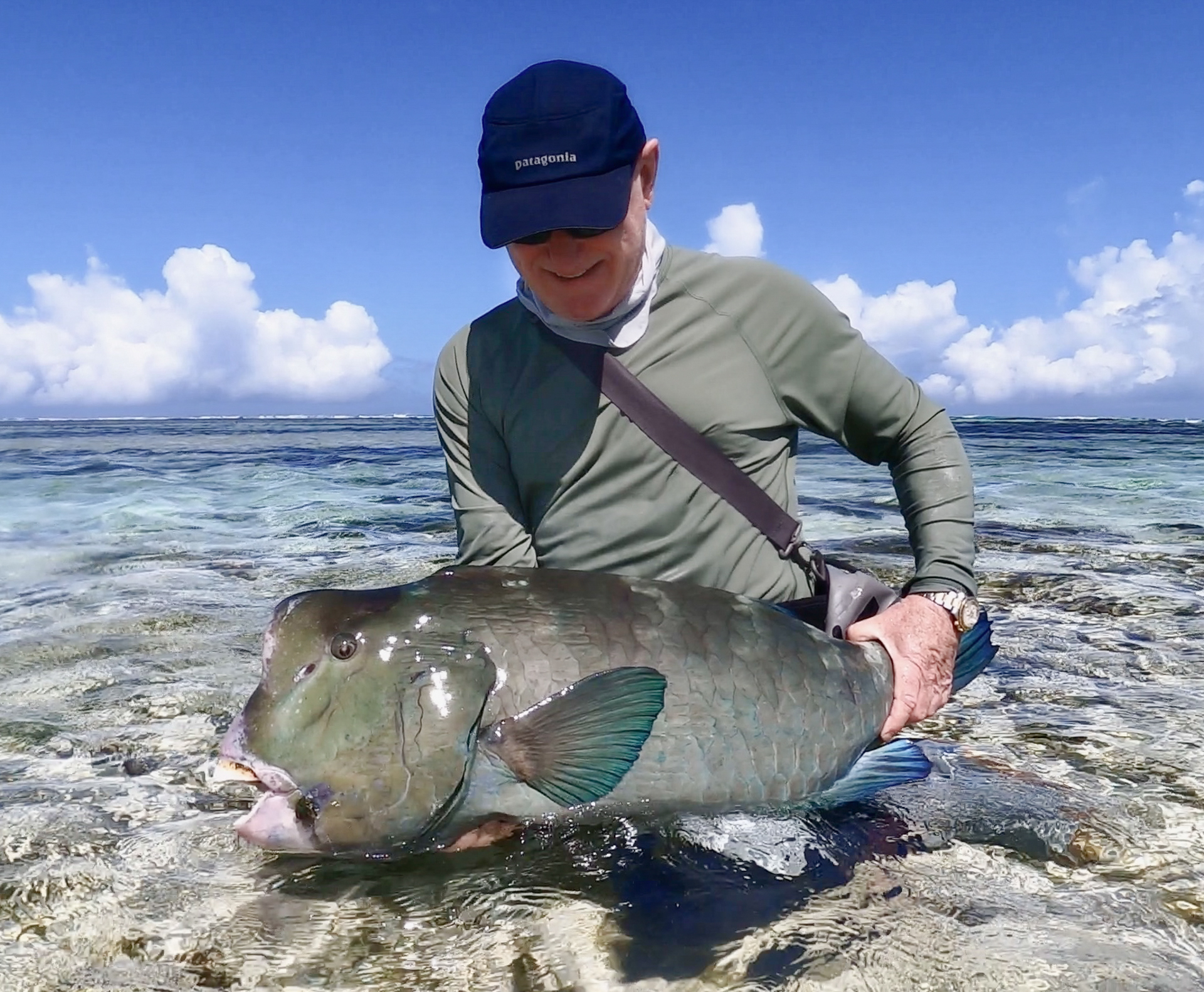 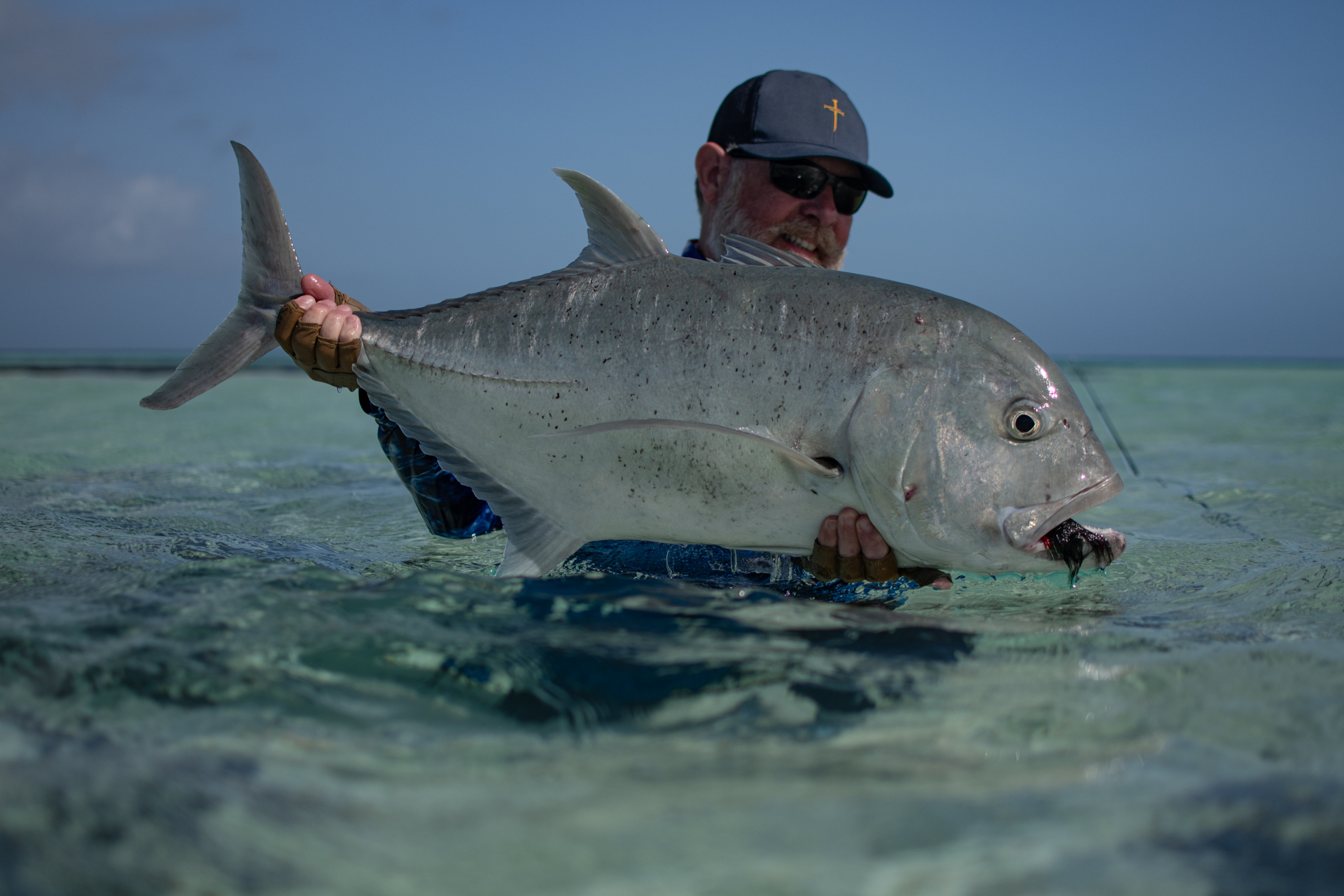 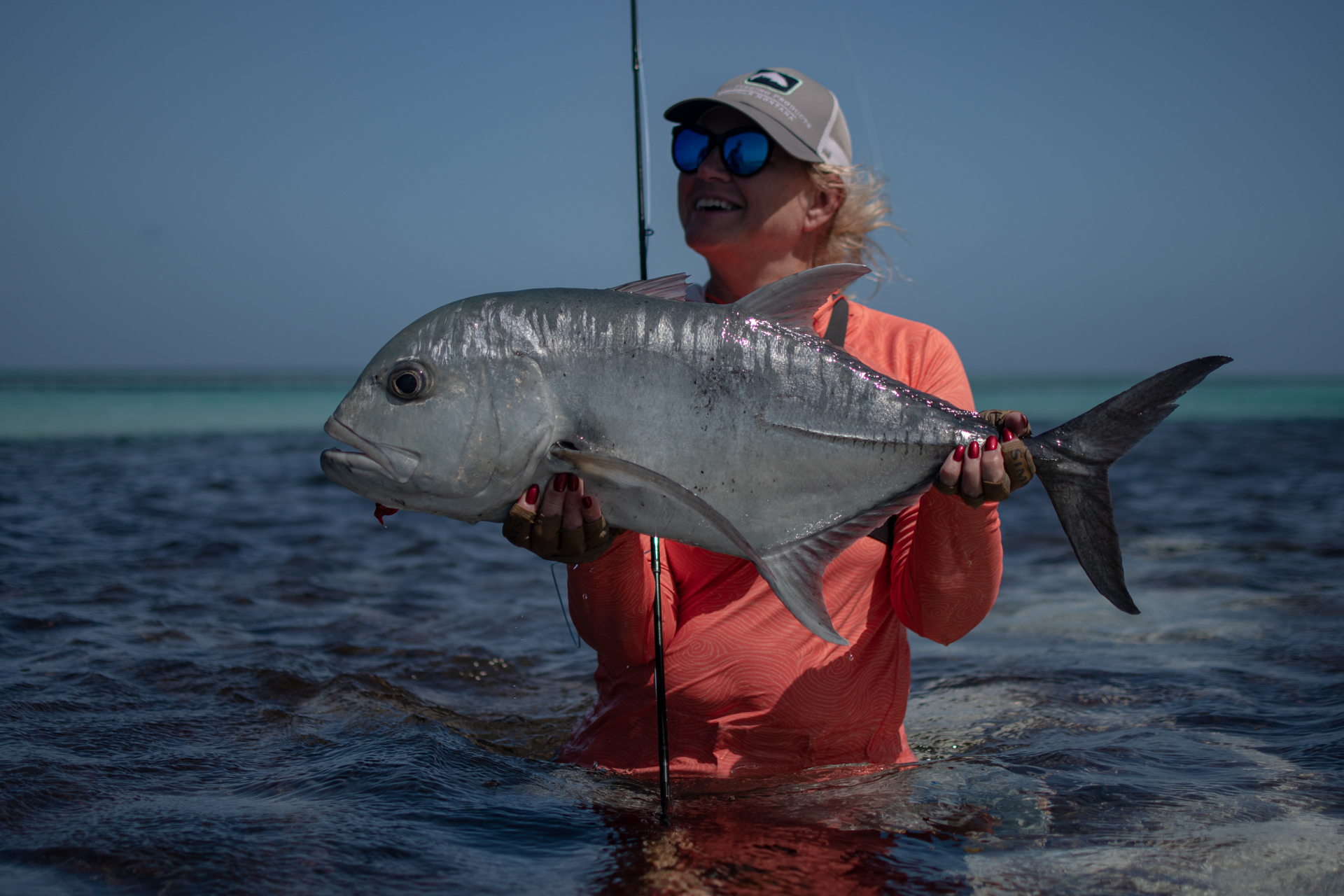 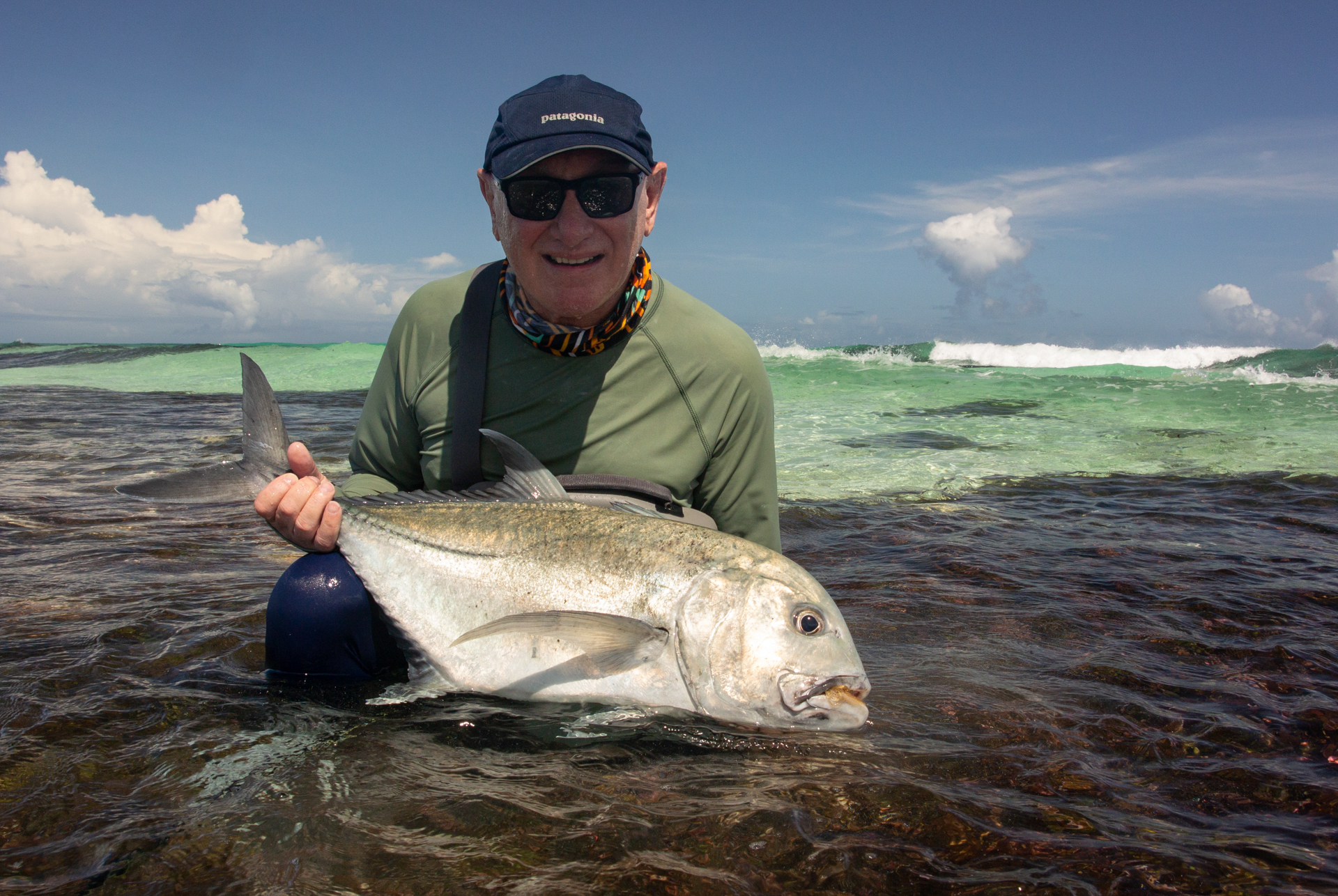 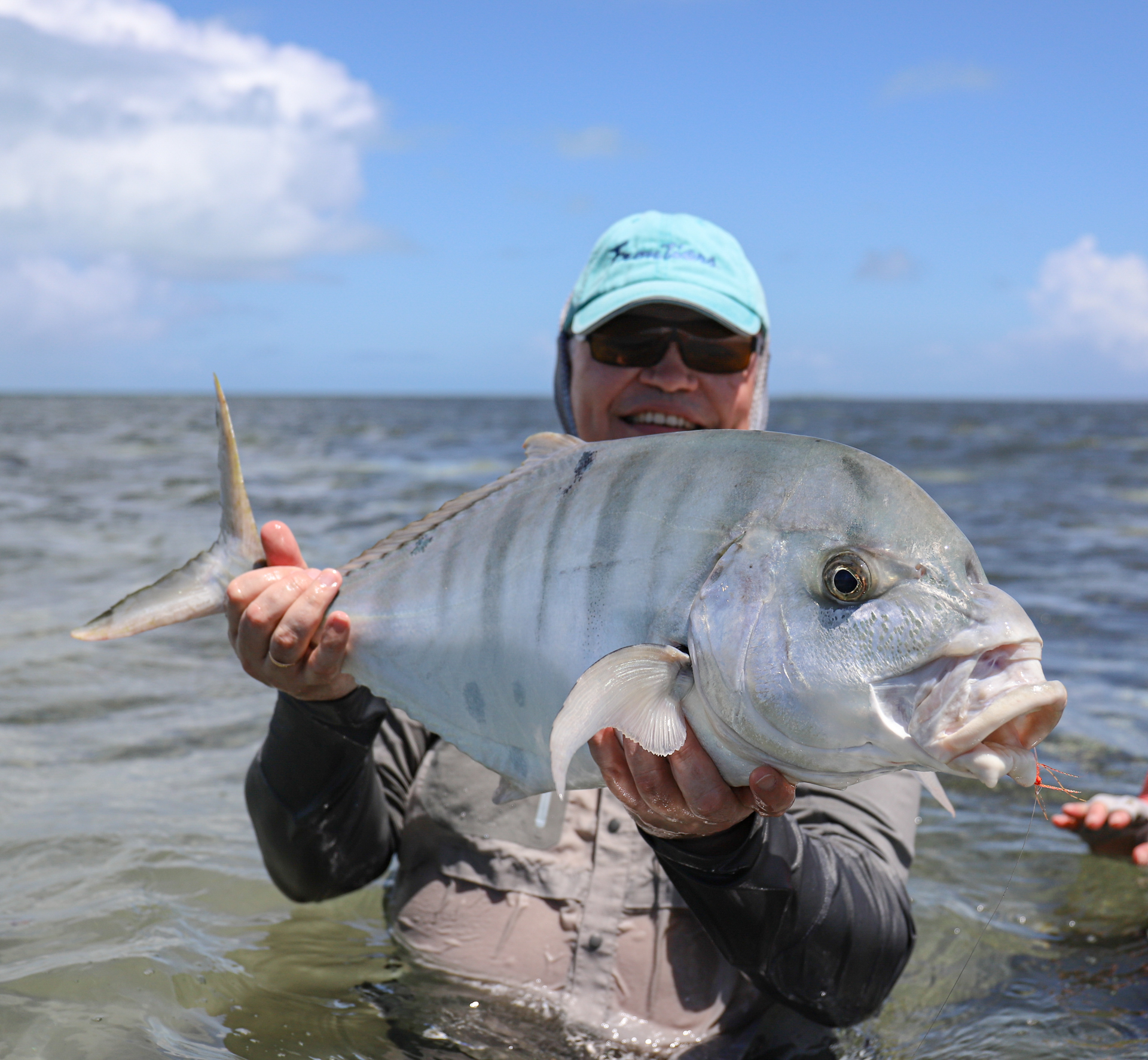 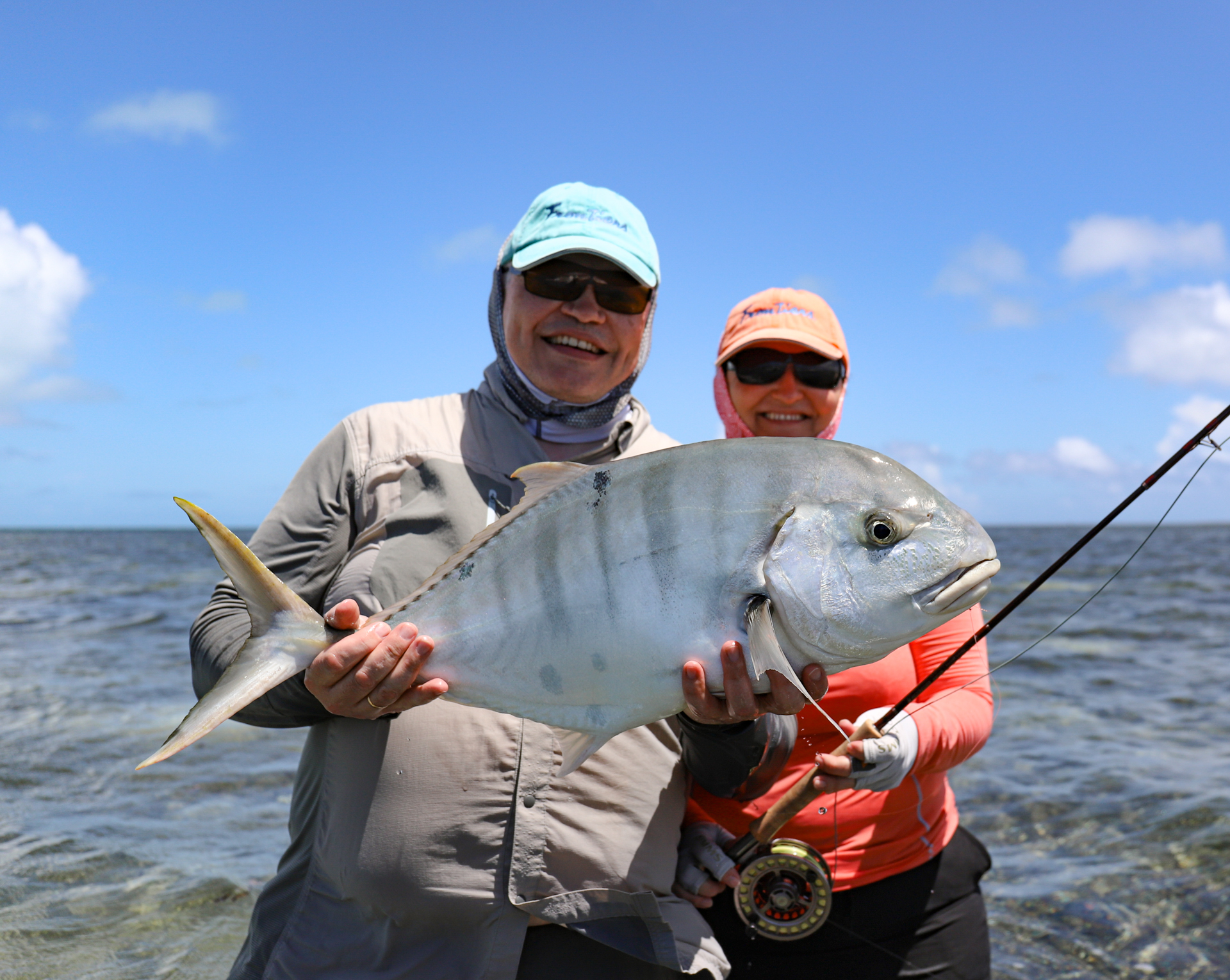 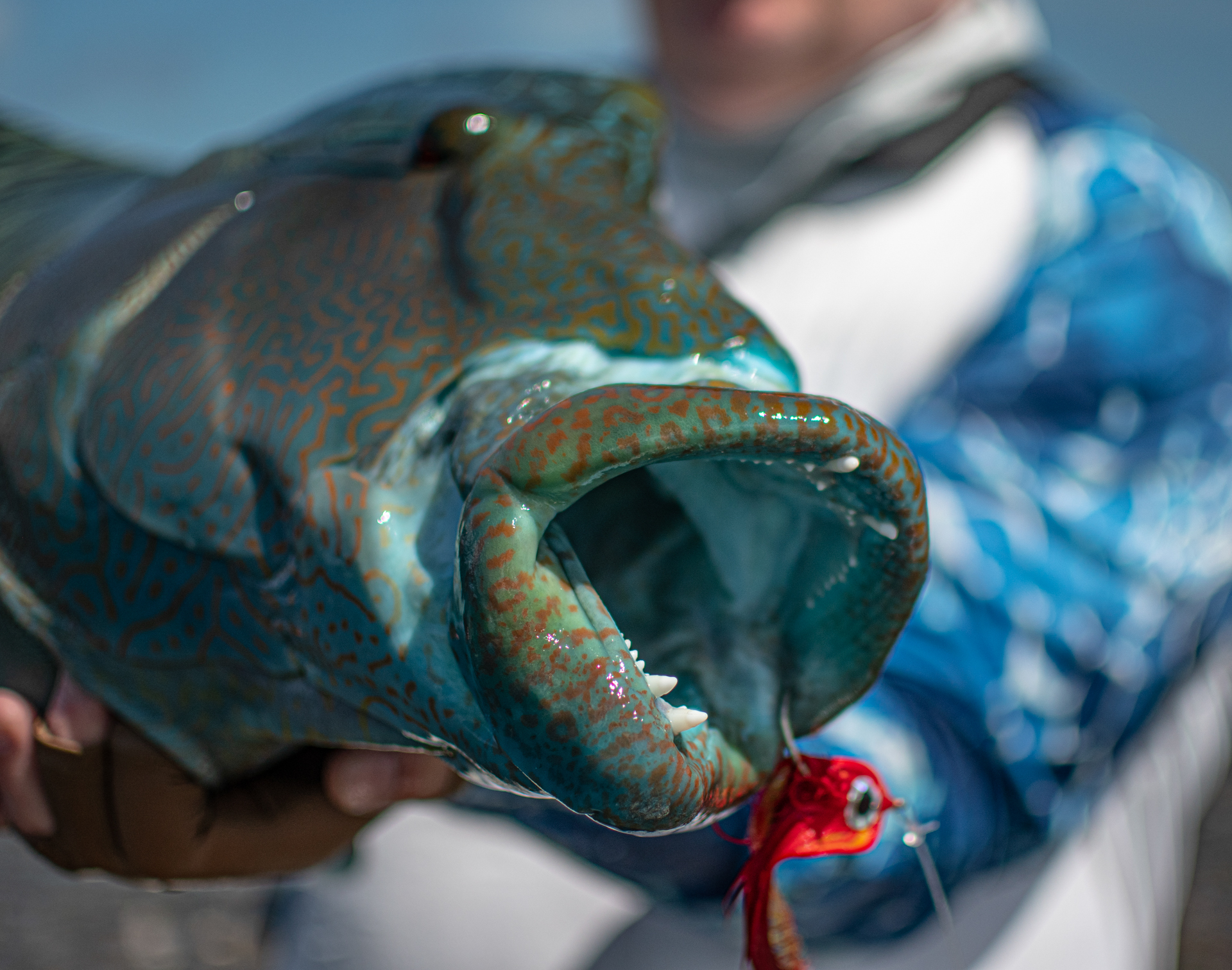 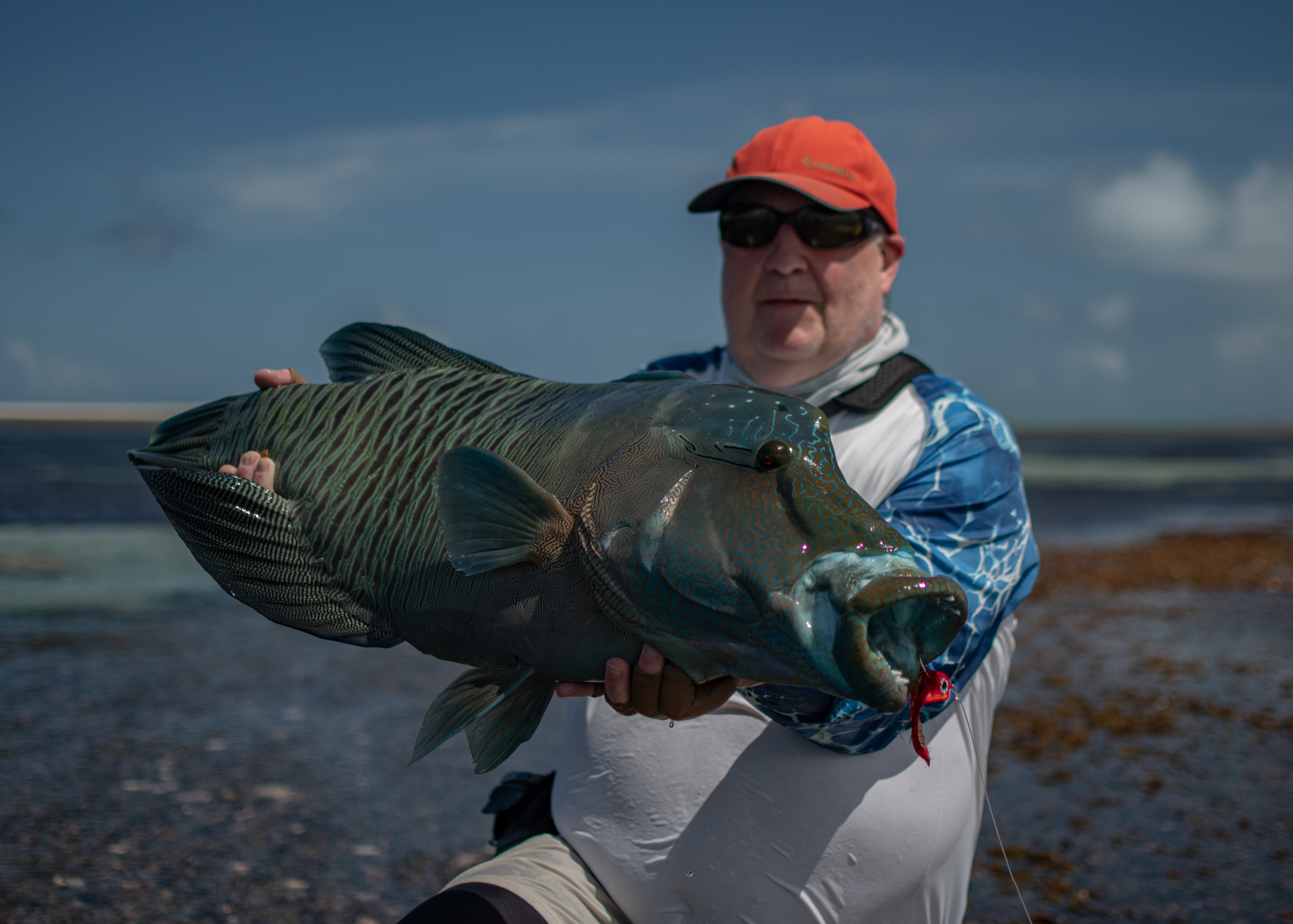 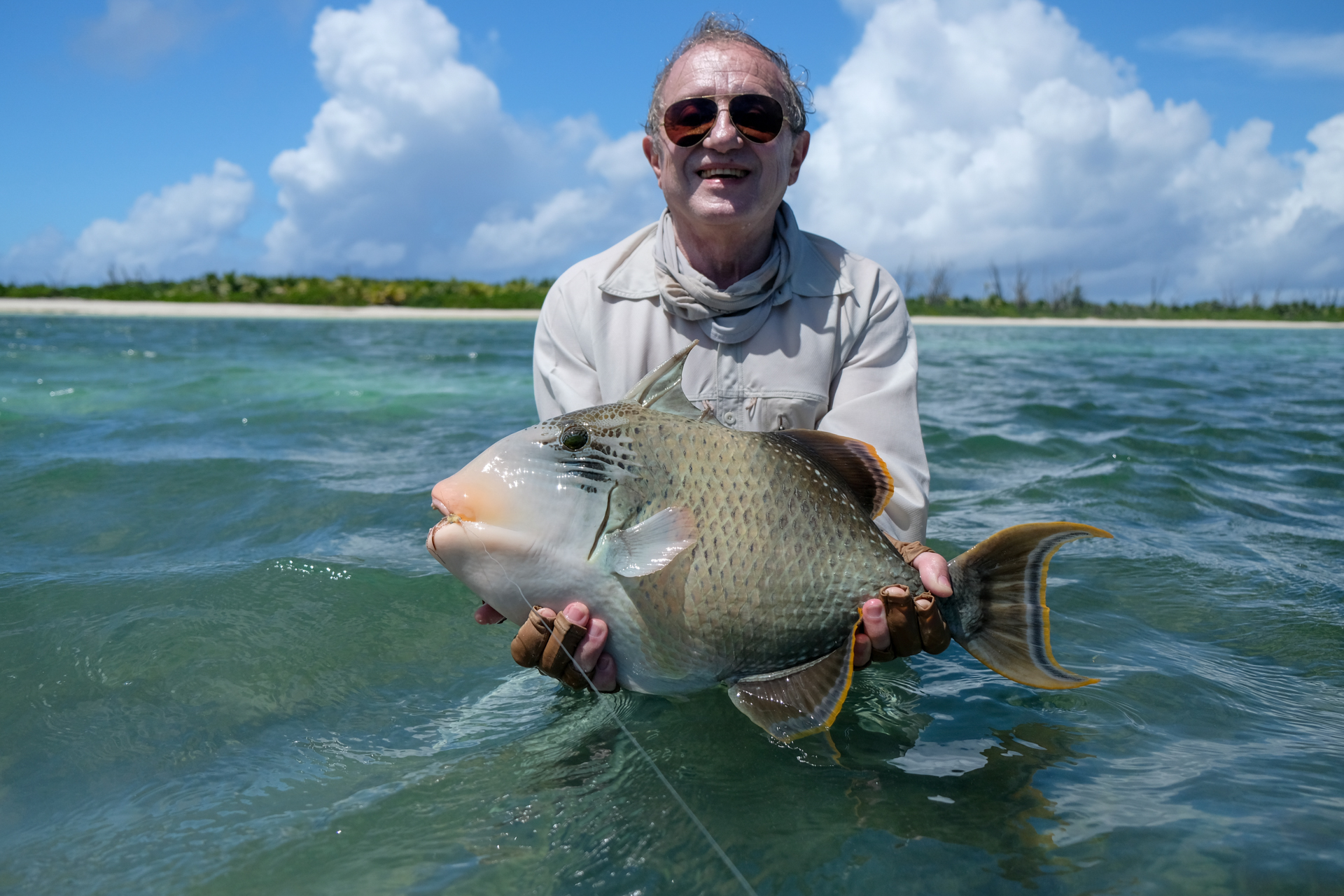 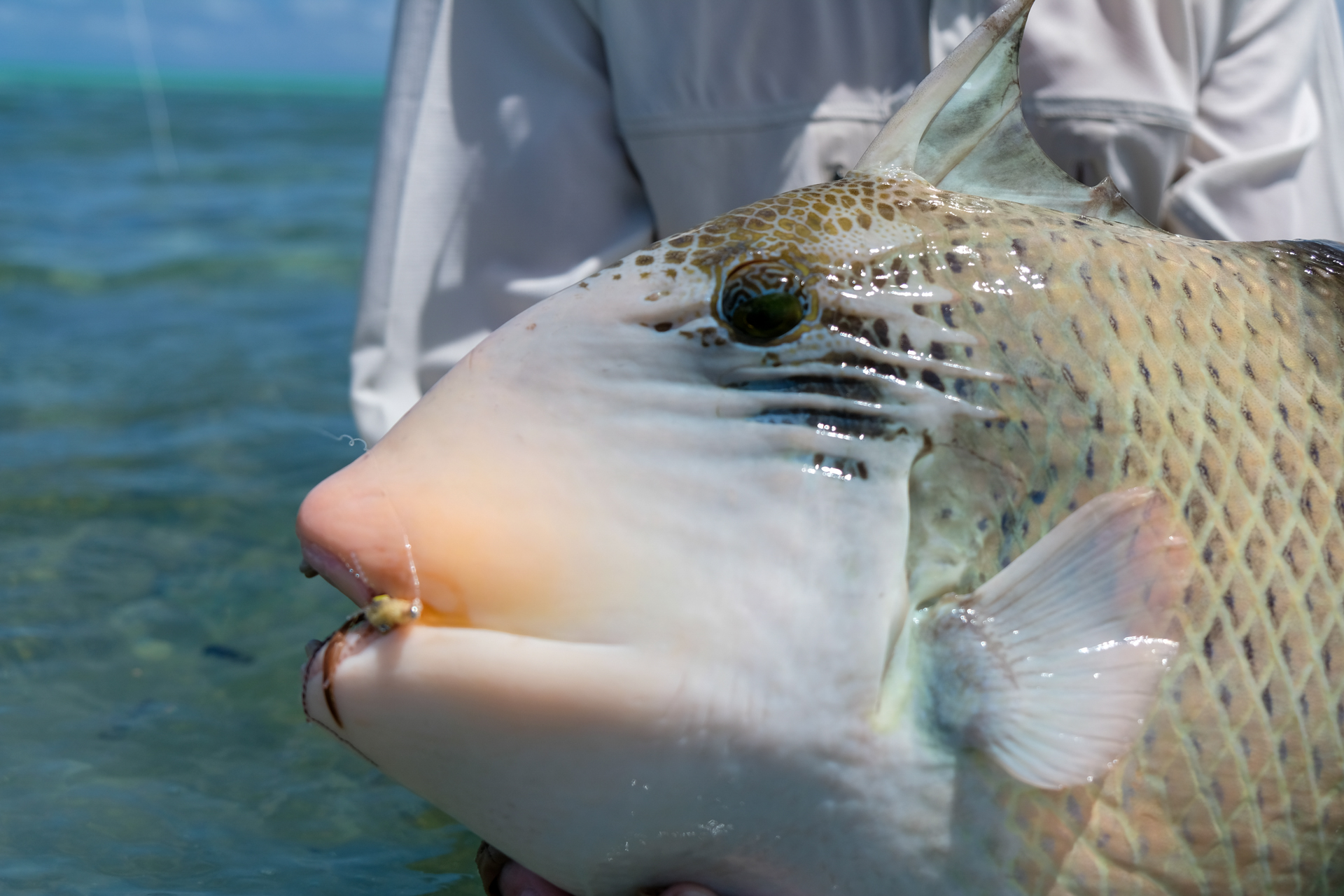 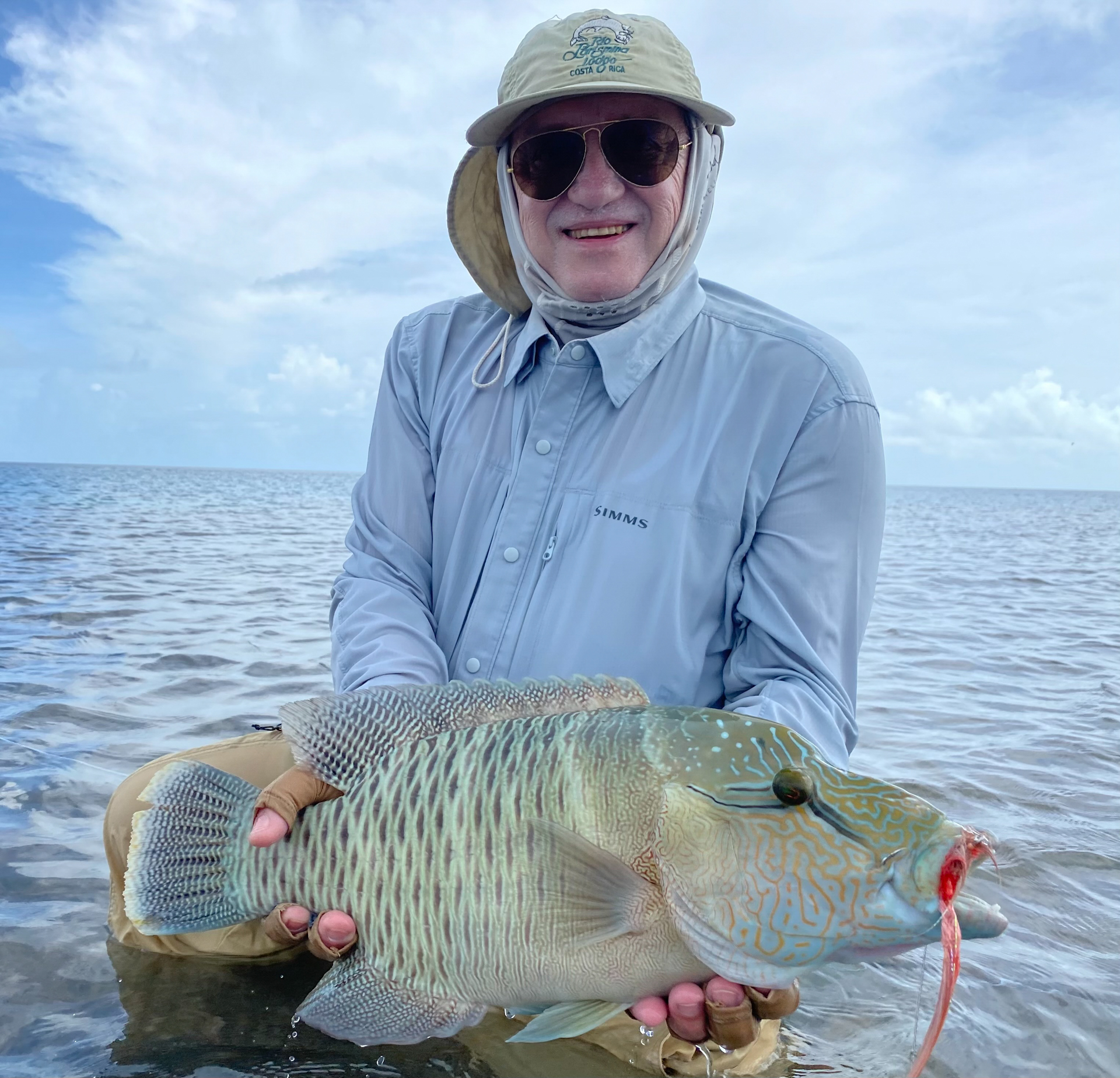