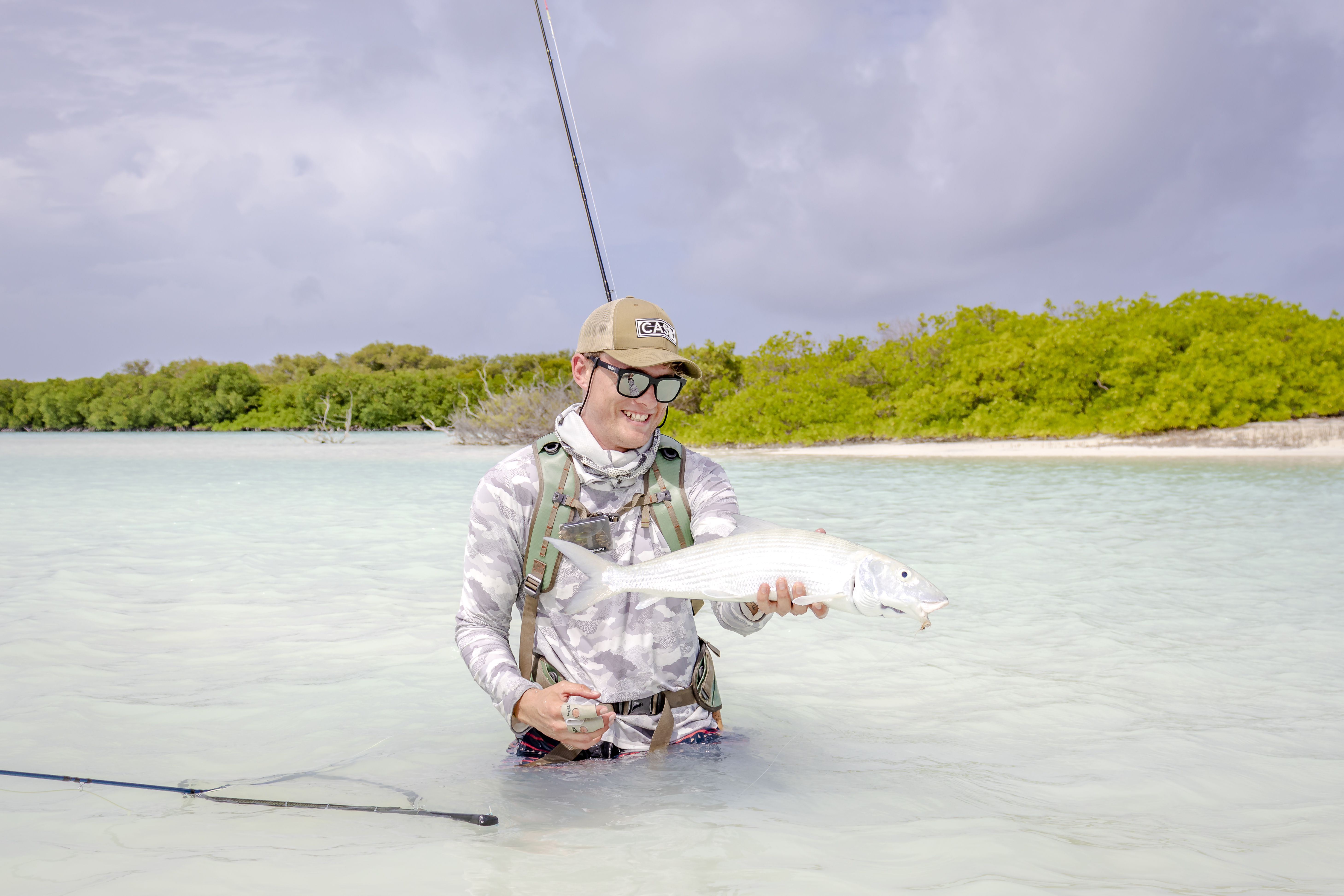 The last week of fishing on Astove for this season! The weather held up enough to let us fish but not always giving the best shots at fish. However, many casts were made, and fish were caught.

Spring tides making for some great surf walks and lots of misted up glasses. South easterly winds stuck around for the week, giving the odd gap in the day.

Day one started with a bit of excitement, some fish seen. Pieter and Maralize catching themselves 20+ bonefish in the surf each, which is never an easy task and a handful of other flats species on their 9 wts. Day two would see Brett catching himself the first GT of the week which was a good fight off the rocks.

Day three would be memorable day for Pieter, first watching Maralize catching a fish off a ray then following it up with getting himself a one metre GT.  A lot of lessons were learnt in the moments between hooking and landing the fish. Everything goes through your mind as the fight continues!!

Day four Dan and Brent went on a hunt, Daniel landing two GTs and Brent getting four GTs. Another day reminding someone just how strong these fish are no matter what their size. Brett also managing to capture another gangster of the flat.

The final day wasn’t the easiest day to fish in, winds were stronger than usual making those shots more difficult. A group effort of bonefish in the lagoon was a great way to end the week and the season on Astove. Pieter making sure he puts in effort till the end, captures himself a milkfish out the lagoon! 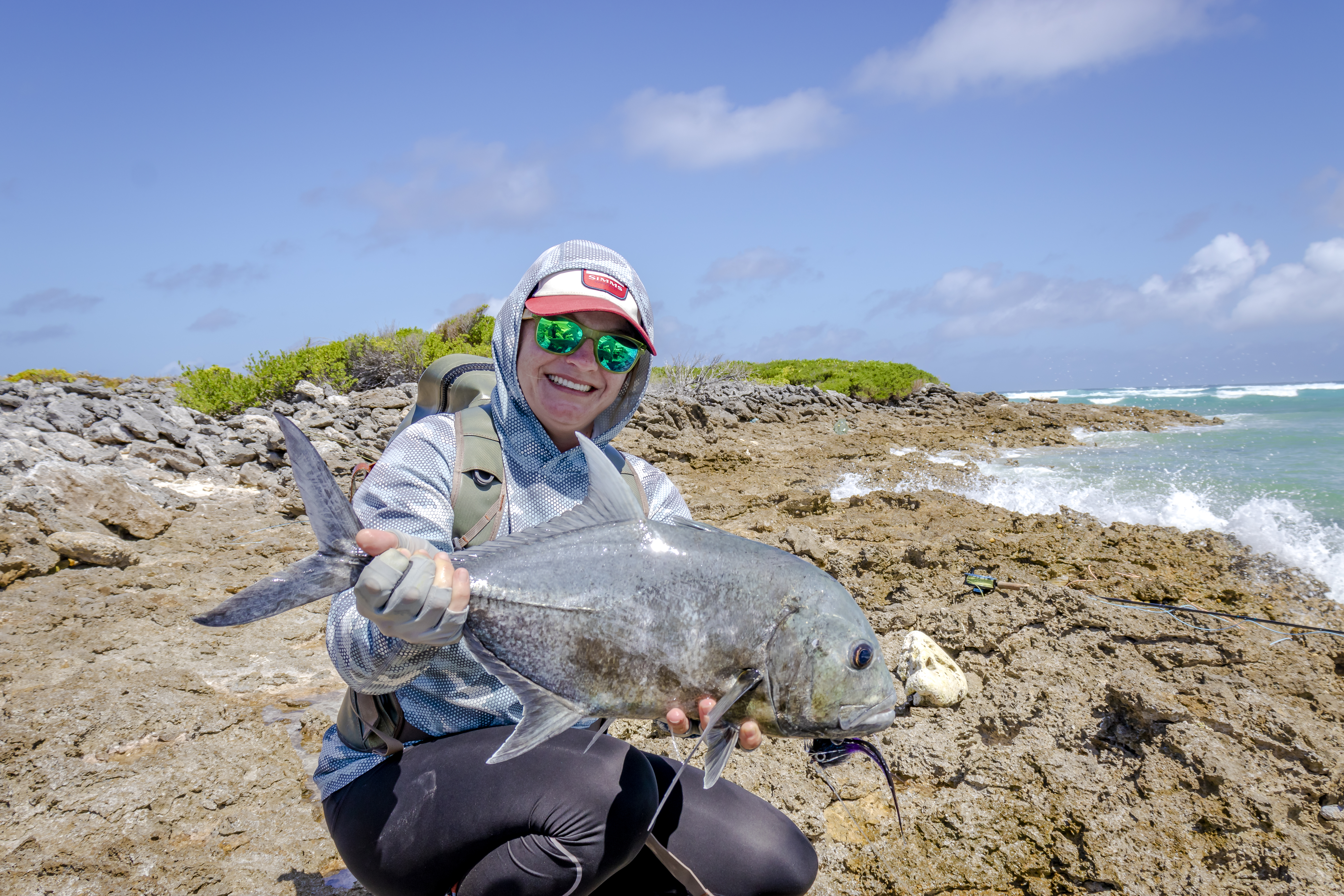 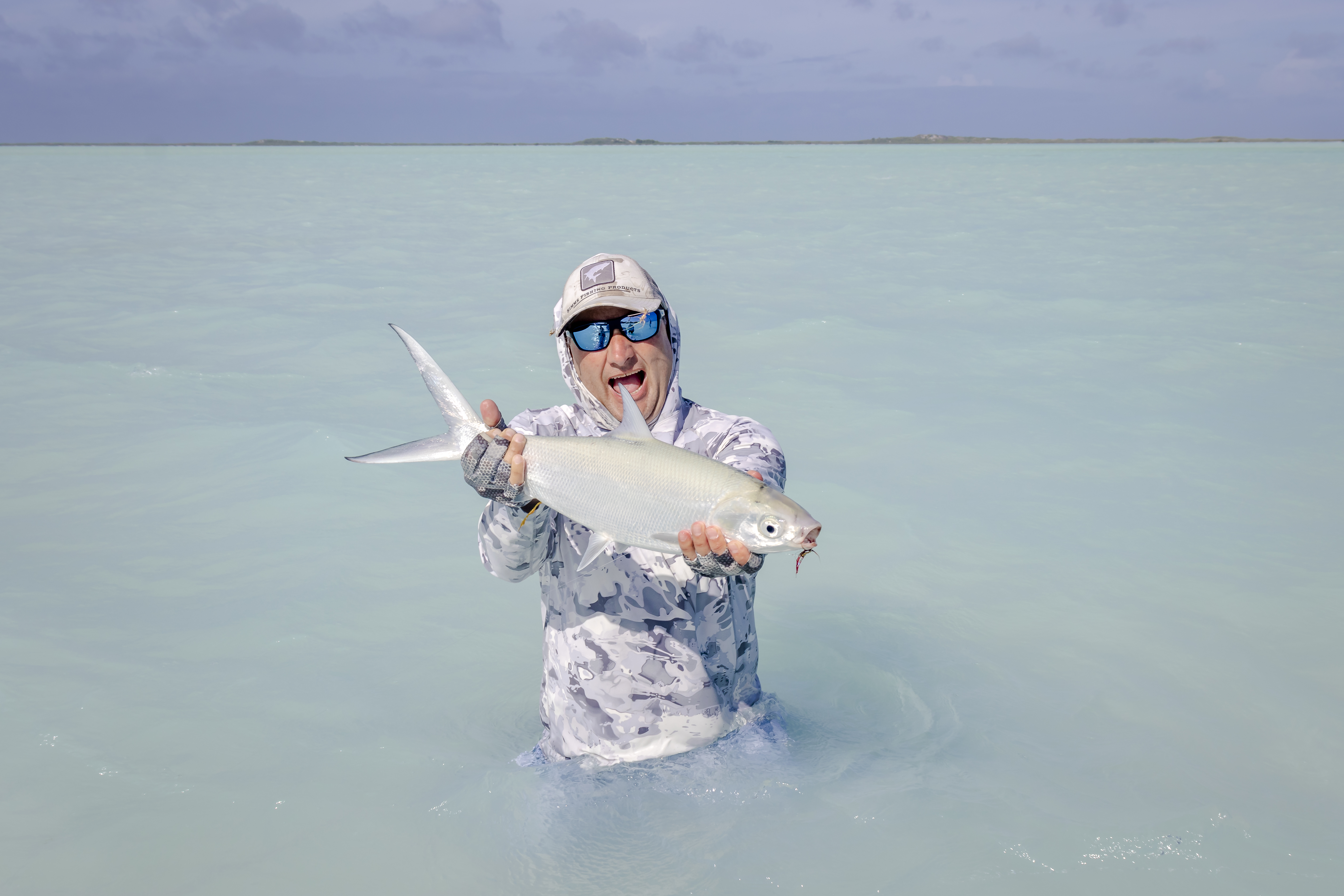 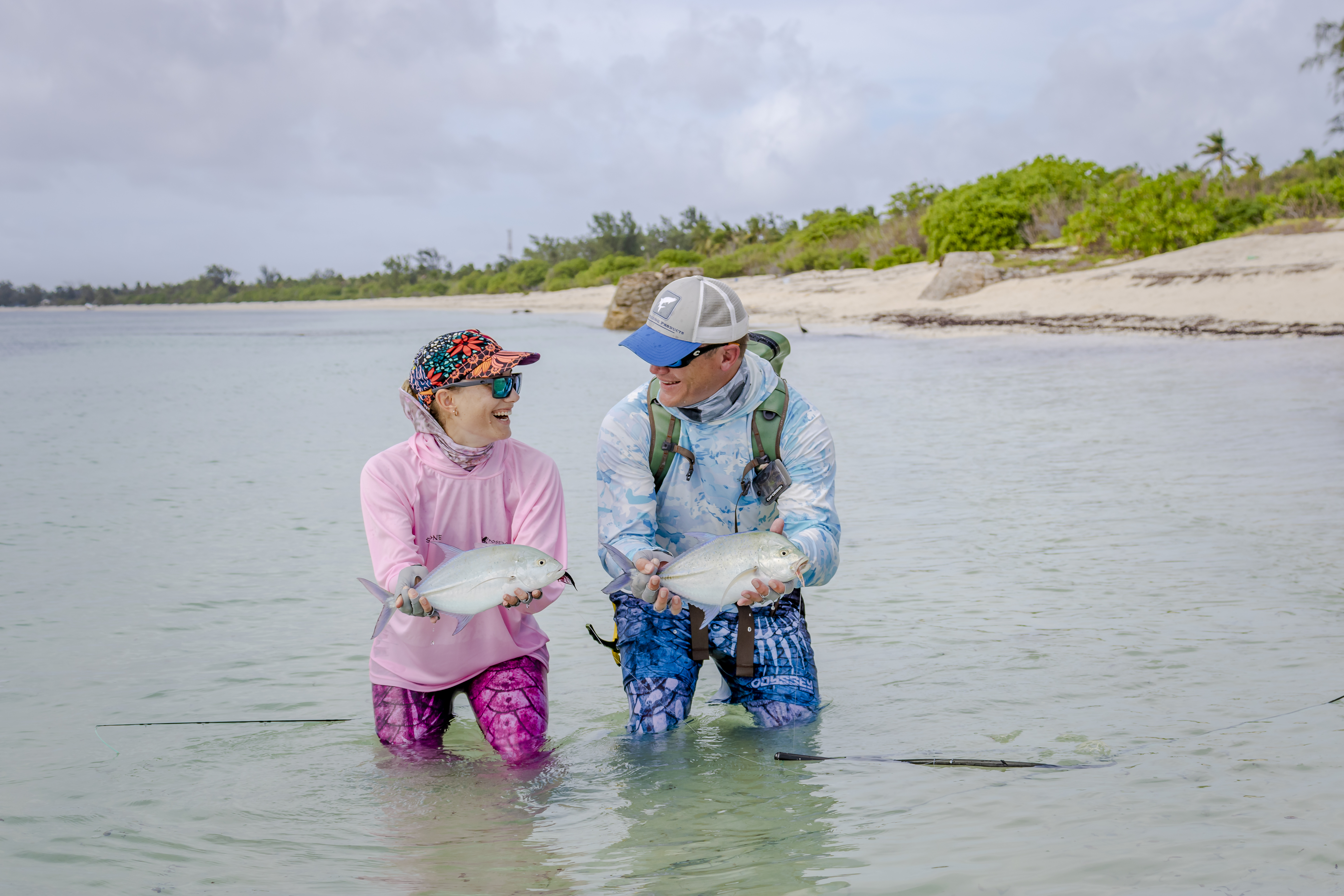