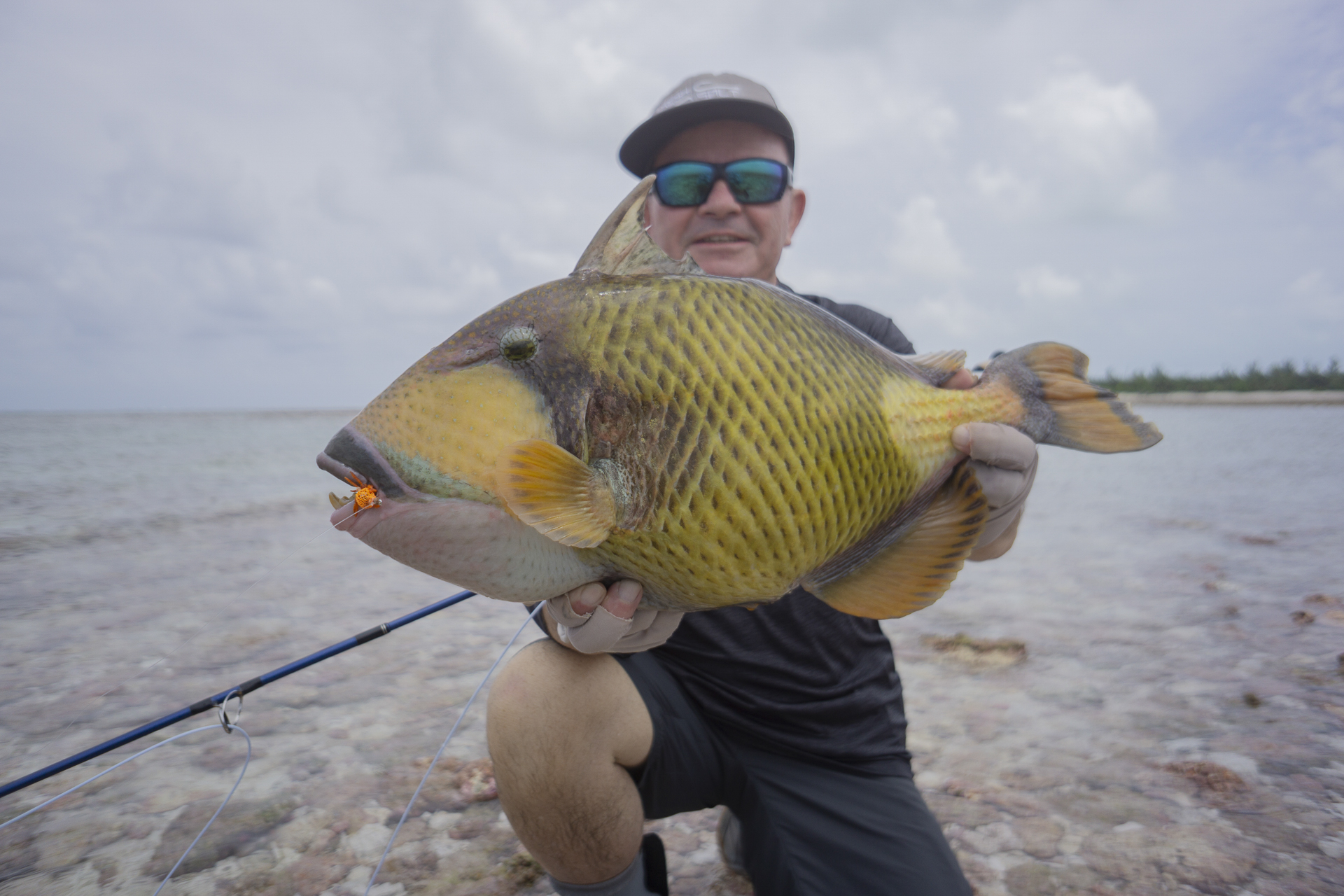 This week saw the return of the Turley brothers Greg and Niall together with their friends Bill Roberts, Nick Baird, Harry Nash, Dan Christensen and Henrik Andersen.

The weather sadly wasn’t on our side, however despite some challenges throughout the week the team still managed some great catches.

True to their nature, there were several bumphead parrotfish hooked and lost, however, Henrick managed to land the only bumpy of the week along with a couple of decent GT. Dan had a solid week with GTs and managed a moustache triggerfish.

Greg managed a couple of GTs and landed the biggest of the week, measuring bang on the one-metre mark with Niall wrapping up a bunch of GTs himself. Nick had a great week with a few GTs and had a great day by landing three moustache triggers during a surf walk, the biggest measuring an impressive 51cm. Despite the testing conditions, Bill still managed a GT and sadly lost two bumpys.

Harry came out on top rod with 7 GTs. He also managed a Flats Slam by landing a GT, bonefish and triggerfish in one day.

At the end of the week, the catch numbers were as follows.

Tight lines from the Alphonse Fishing Co. Team on Farquhar 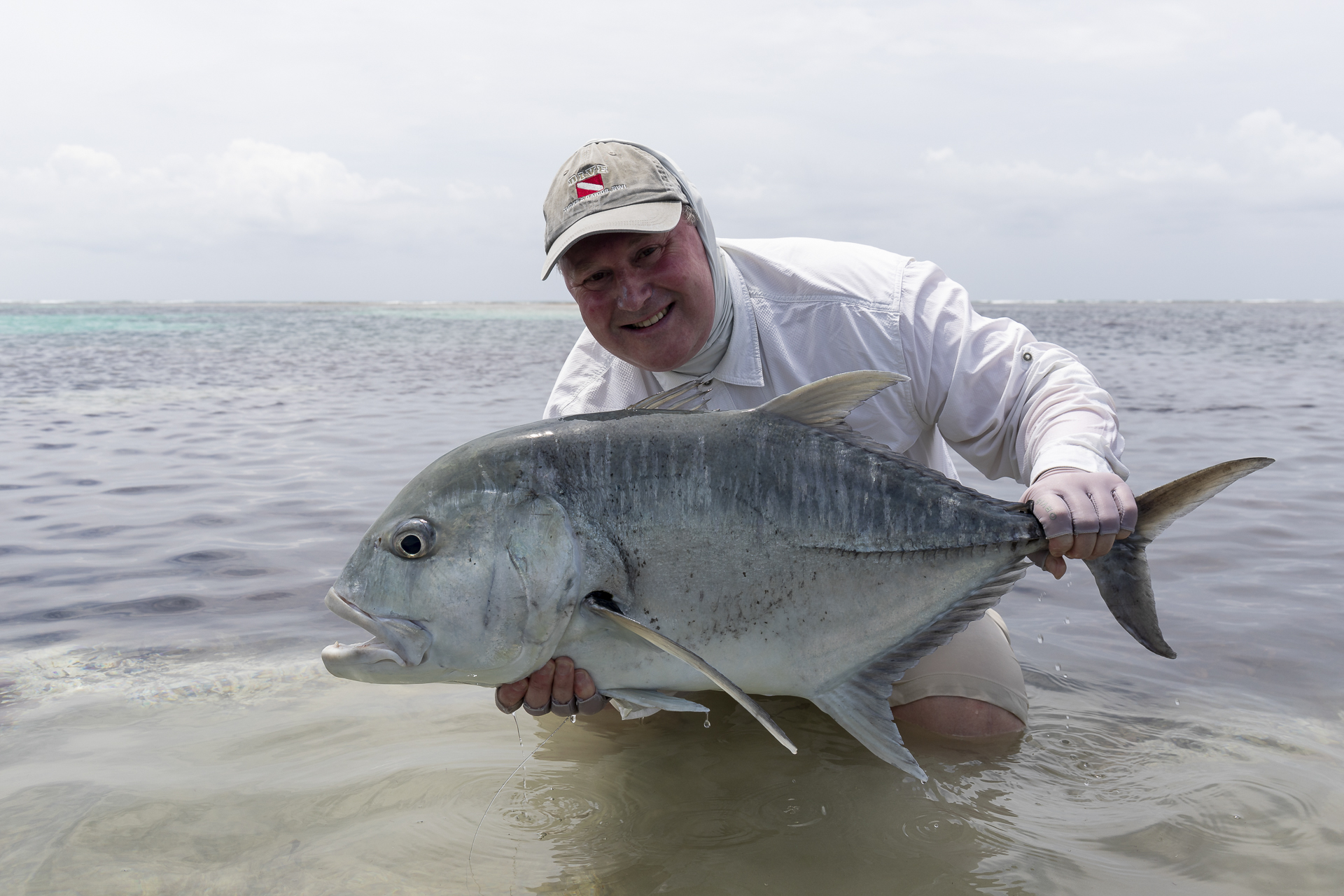