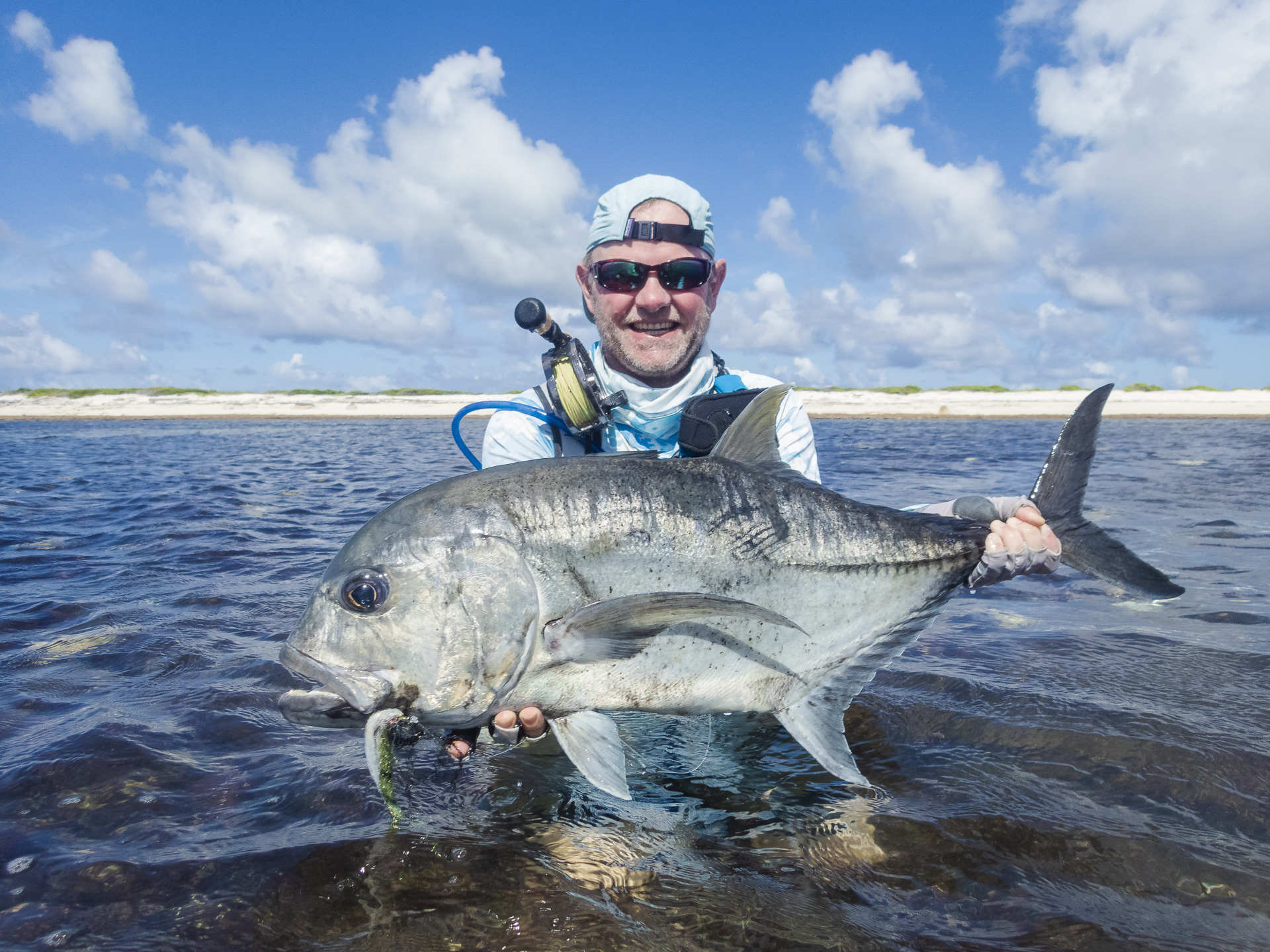 Week 17 started off with some calm and exciting spring tides. Our new group was mostly return guest so they were very excited to be back and see what the week held. On arrival we had a  brief rundown of the week, got all their gear ready and the right flies, line and leader. After tackle setup the guys took the afternoon to go and see if they can get a fish before the week started.

Day one was very calm conditions and Chris had early action in the morning where he lost a nice fish but he came back strong and landed a 65 cm GT. Graham and Angus went out to the east of the atoll and found a wonderful spot where they saw multiple geets coming in surfing the waves with the incoming tide, here they managed to land four geets, between them the biggest one was 75 cm.

Renea was our only lady angler and it was her first time fly fishing. She was a real warrior and managed to get her first bonefish and many more on the first day of fishing with getting 10 bonefish in one day and the biggest of four pounds.

As the week progressed the weather was up and down with some overcast conditions, but it did not stop Johan from going out and getting his fish. Johan spent some time in the lagoon  on the hunt for a geet as the first one got away before the photo was taken. and he managed to catch another glorious fish of 65 cm.

On the second to last day the weather got better and the fish seemed to come onto the flats again, Angus saw an exciting looking fish on a ray and he made a perfect cast which landed in the right spot, and with one strip the fight was on and a few minutes later he landed a 88 cm GT!

from the Alphonse fishing Co. Team on Astove 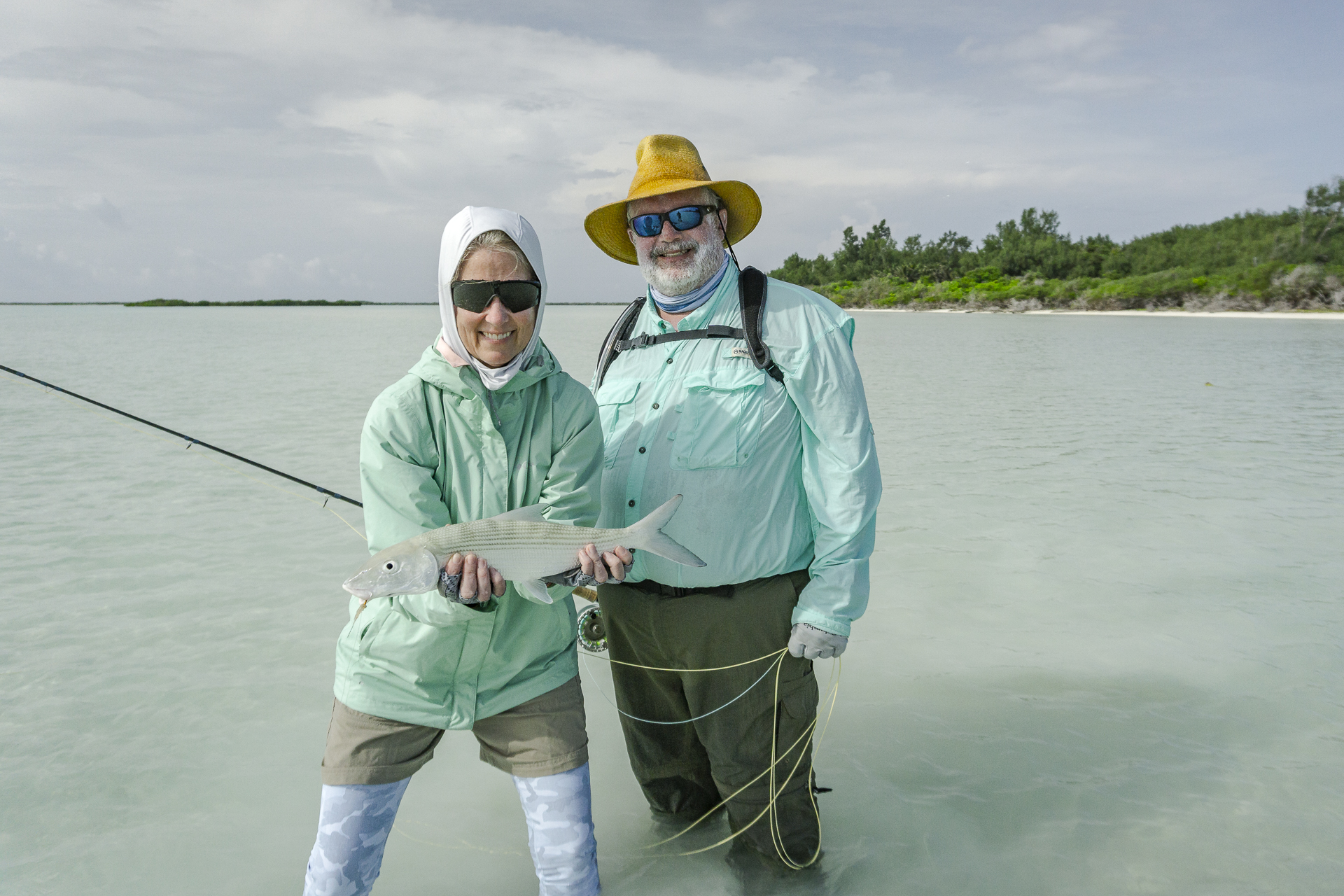 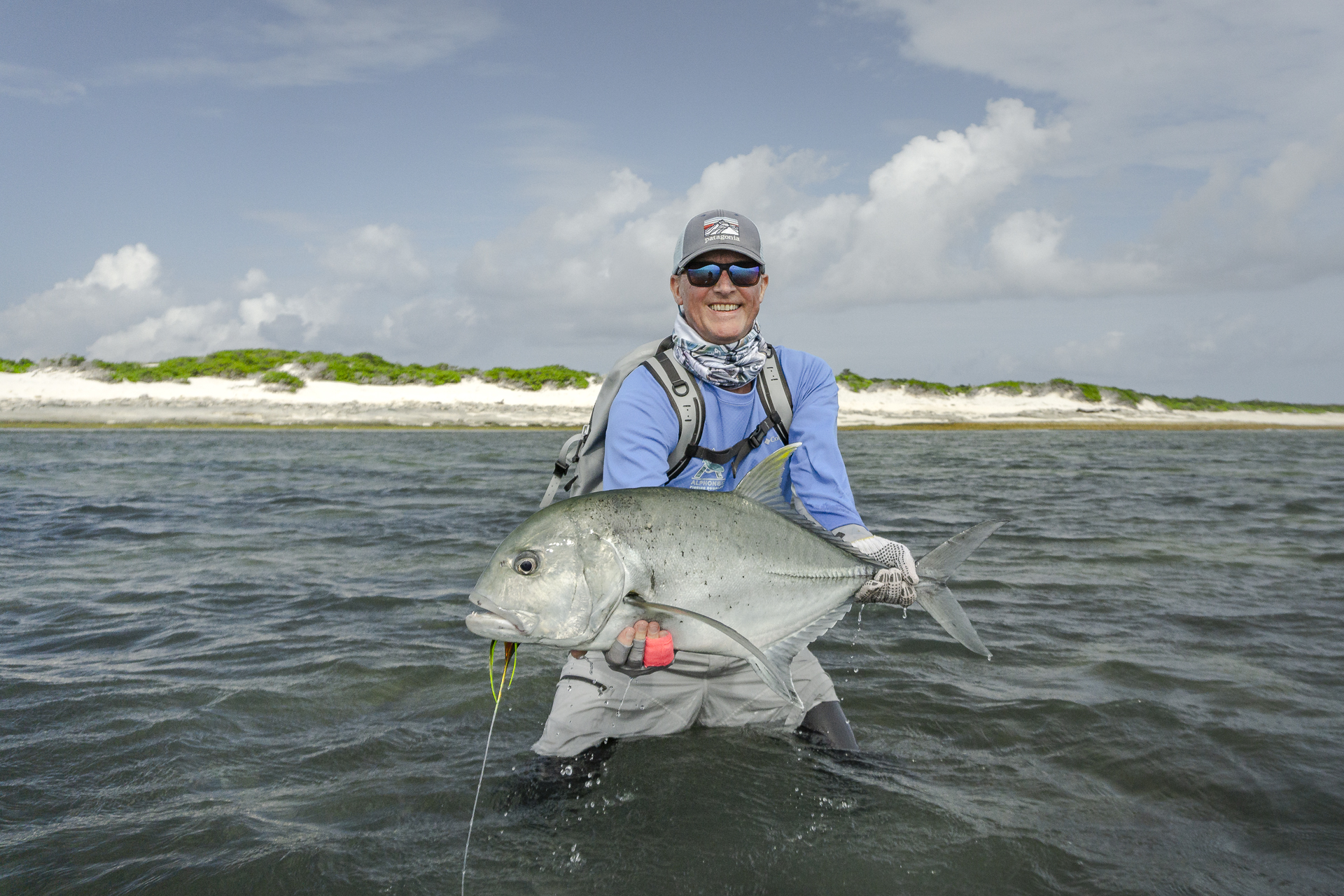 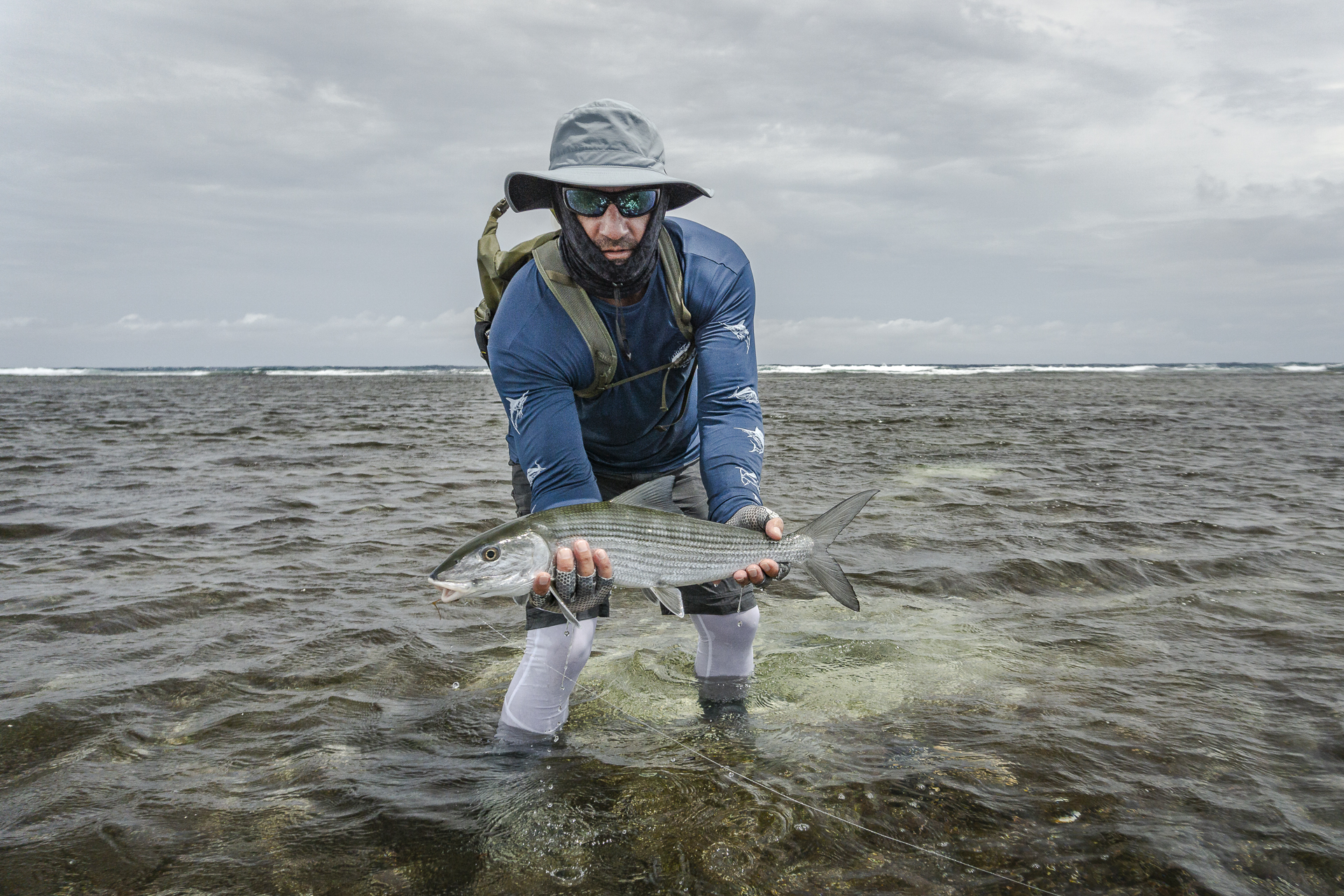 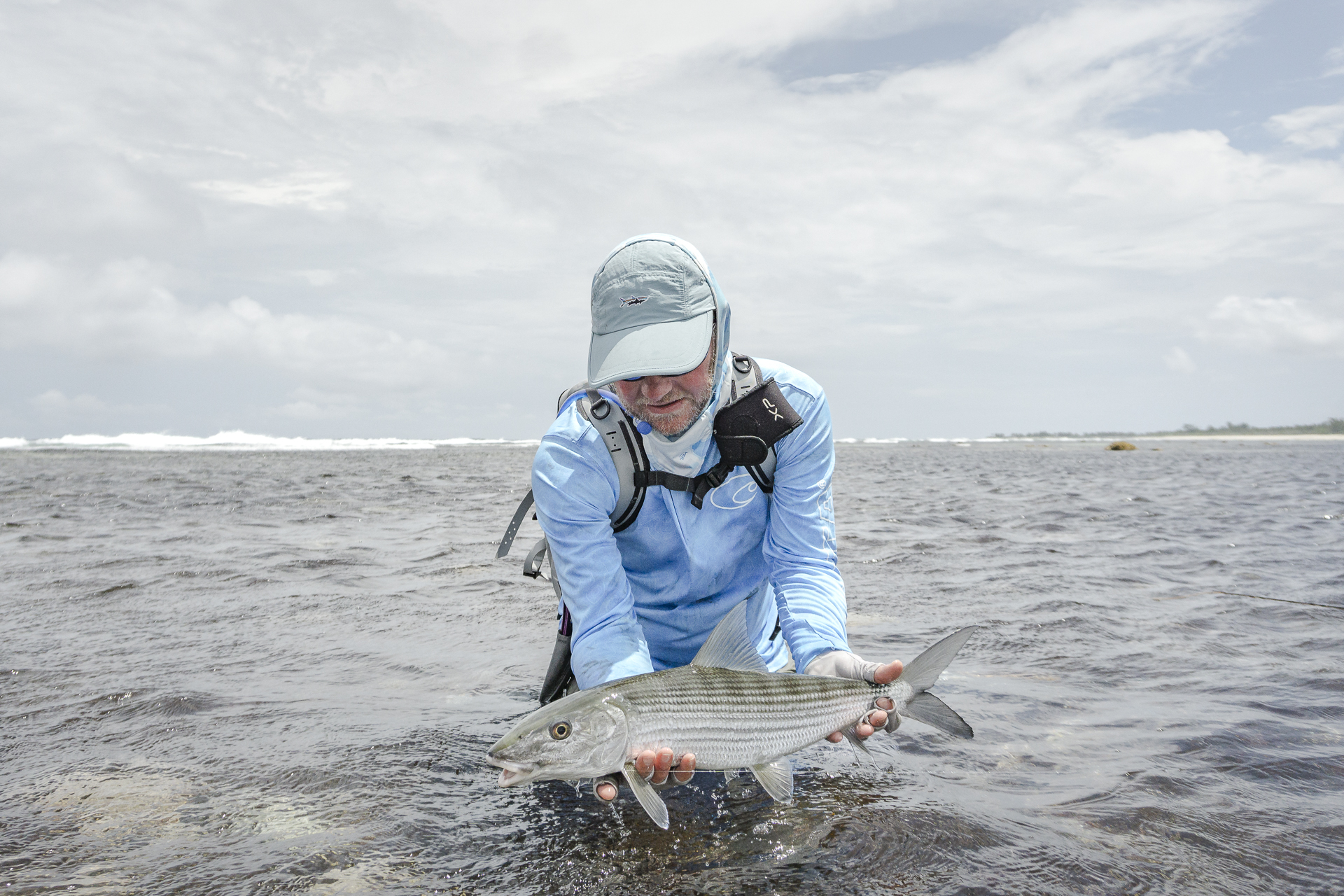 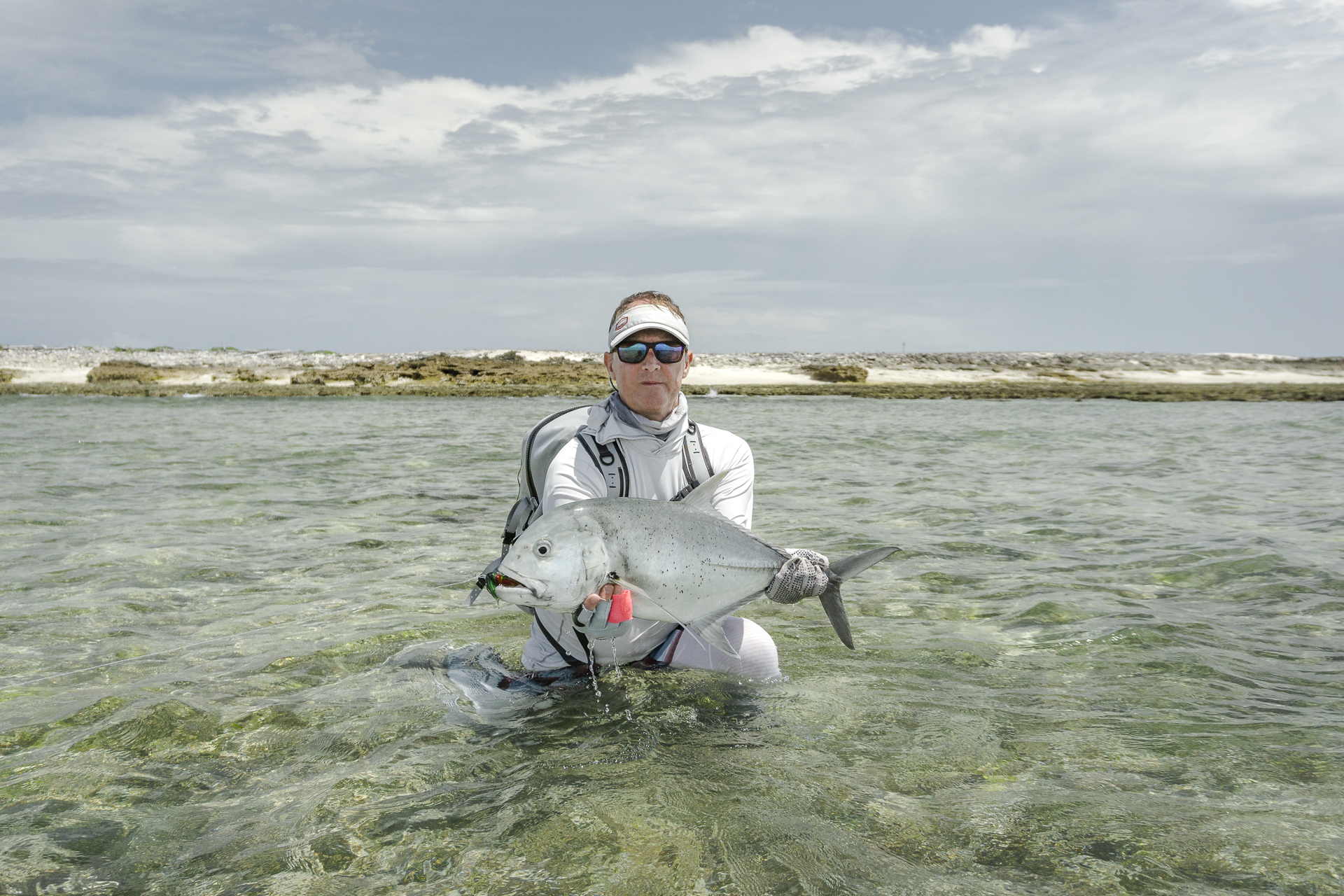 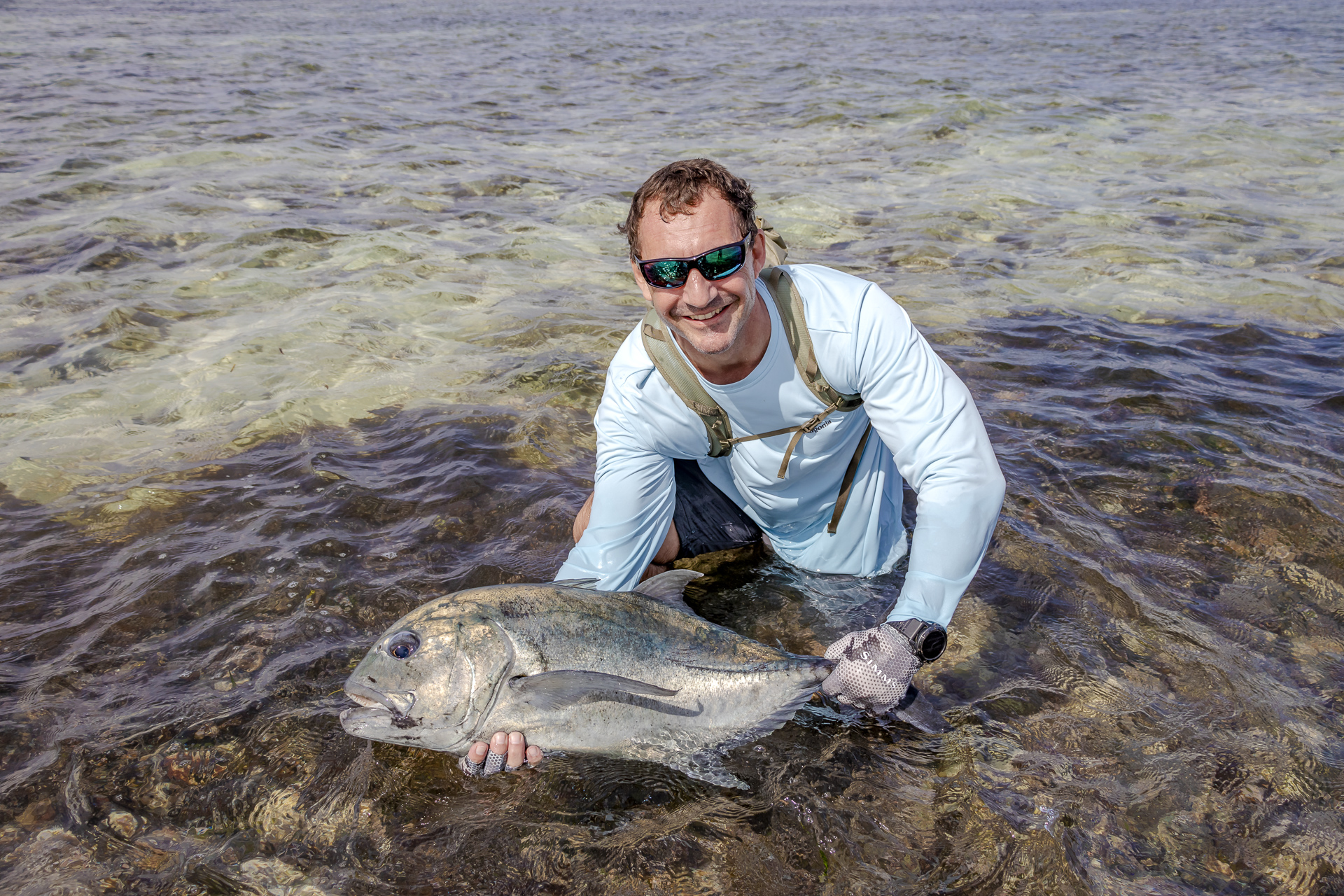