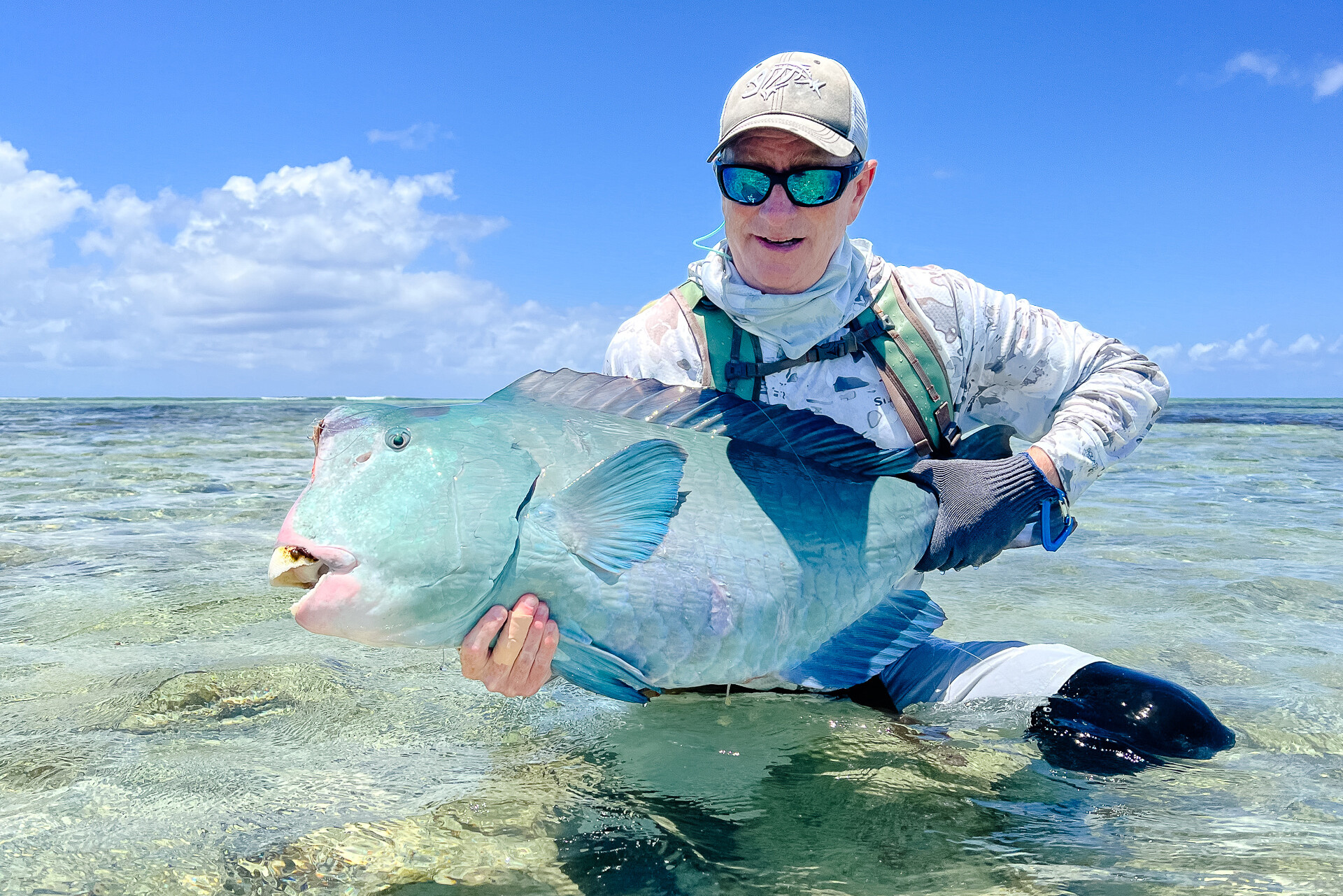 This week of the Farquhar season was an exceptional week, to say the least. The atoll really delivered and showed the guests what fishing this incredible atoll entails.

Chris Walsh, who was on the second week of his two-week trip, went out on the crossover day and managed to get his first bumped parrotfish, a GT, and a bonefish to complete the first slam of his trip.

The first official day of the week had some great catches. Chris went out again and landed another bumpy as well as a moustache triggerfish. Stanislav Gorbunov, a repeat guest to Farquhar, had an awesome day landing a beautiful moustache trigger and his boat partner for the week, Stanislav Egorov, went out and landed a beautiful napoleon wrasse, a fish that Farquhar is known for.

Chantal Chone, another repeat guest to Farquhar, landed a fantastic bumpy. Chantal also did a bit of offshore fishing and got the first sailfish for the season.

Mark Micaleff, on his second trip to the Seychelles Outer Islands, landed the second napoleon wrasse for the week. Mark Bielovich went out and got a trophy bonefish of 60 cm. Chris went out again and landed his second biggest GT to date which was an awesome fish of 92 cm.

Paul Neil had his heart and eyes set on one fish and that was the bumphead parrotfish. Giving it all he had, Paul managed a huge fish of 105 cm, a very happy man with a well-sized first bumpy. Chris, who was now in the groove and got another moustache triggerfish and Clive Venning had a great day in the surf managing a couple of bonefish and his first GT of the trip.

The following three days were incredible, with the numbers racking up. Marco Dagnolo managed his first-ever GT on fly, a memorable catch. On the same boat, Paul got two GTs, the biggest 90 cm. Stanislav Gorbunov went and landed a great bump after losing many. Stanislav Egorov also managed a great GT, the first for his trip. Mark B hooked and landed a trophy bonefish measuring 60 cm and Chris once again shot the lights out managing three GTs for the day.

The second last day of the week produced the highest GT count of the season. A total of eight fish were caught. Mark M, Mark B, Marco, Clive, and Paul managed a GT each. Then Roy Enderburg managed his first-ever GT on fly and Chris got two for the day.

The last day of the week was sunny with a little less wind than the days before. Chris made an incredible catch of a 90 cm GT on 20 lb line on a 9 wt. Mark M landed himself another GT for the week with Mark B and Paul quickly behind him. Stanislav Gorbunov went out and caught a GT as well as a huge bumpy of 105 cm. Clive at the end of the day with not much time left hooked and landed his first-ever Bump of 100 cm.

Farquhar held a lot of firsts this week with great numbers and great fun had by all! 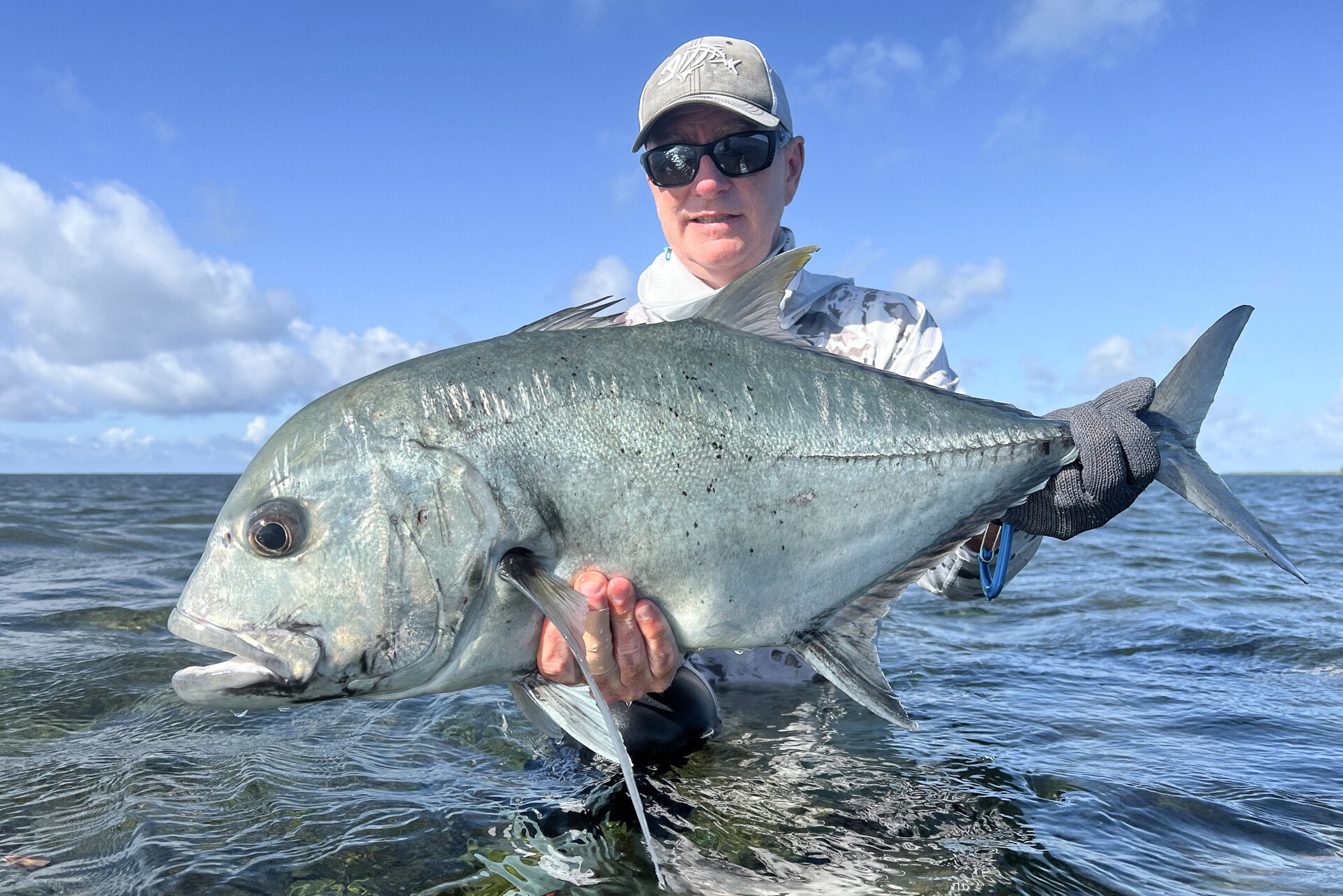 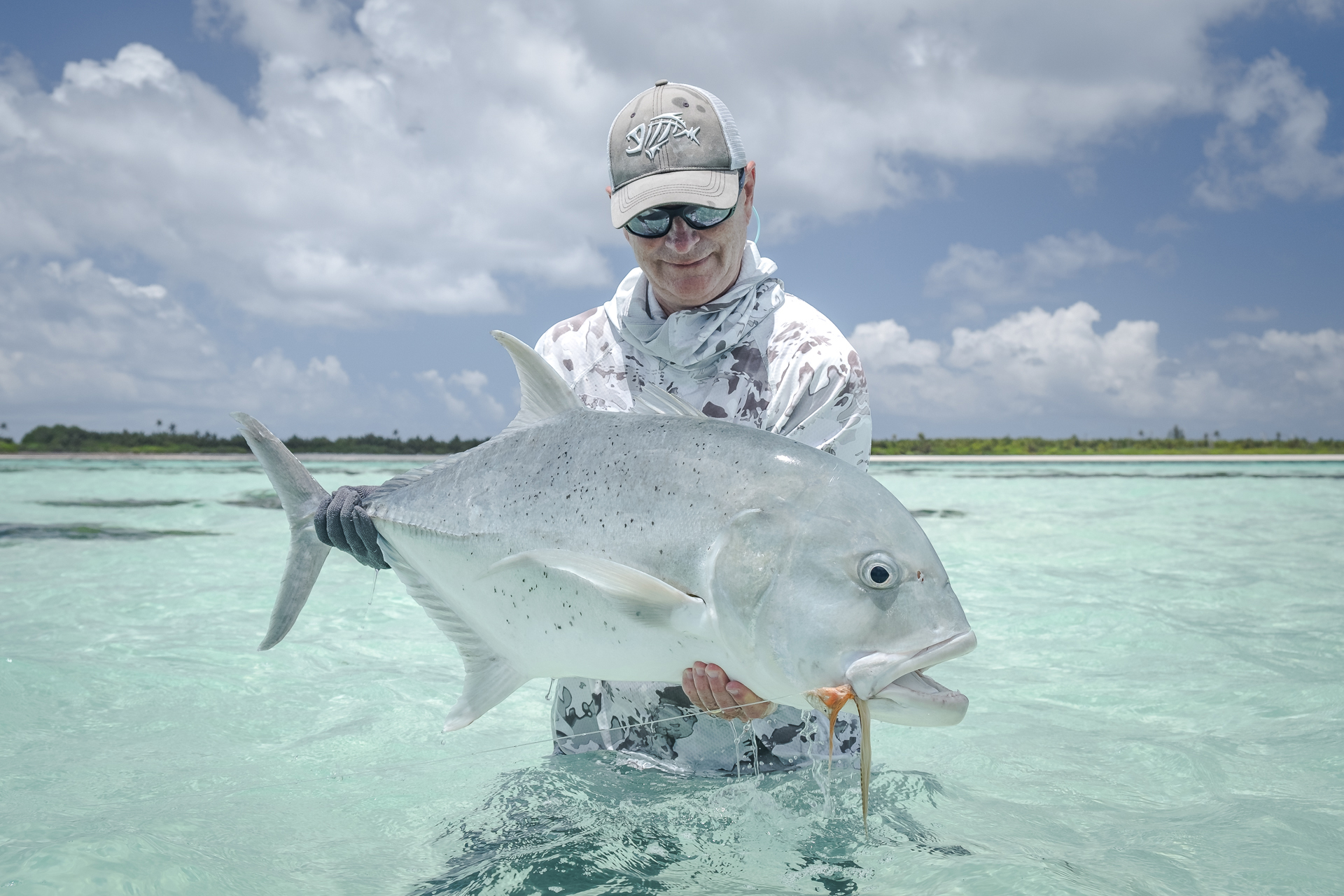