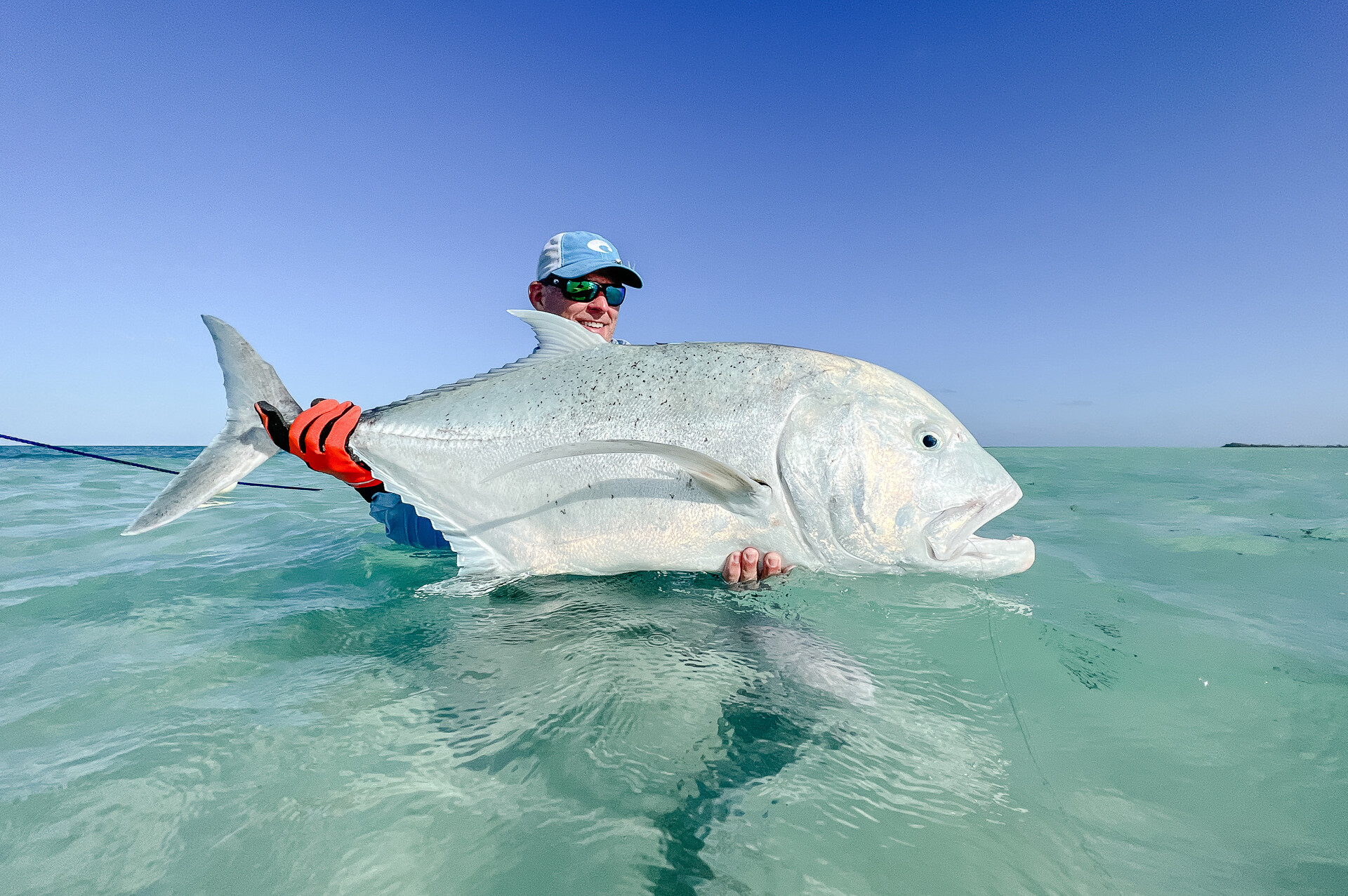 St Francois atoll is alive! What a week it’s been having captured multiple trophy fish with the GTs firing!

Whilst every day this week was a fantastic day on the water, the most celebrated day of the week was day four, when Jim had the afternoon session of a lifetime! Jim’s guide, Chase, decided the last move of the day would be to go to a high spot on the pushing tide. Following this instinct was rewarding, as they both quickly realised there was a massive school of giant trevally trying to push up into the flat to eat schooling mullet and bones. Straight away the 12 wt’s came out and casts were made towards the geets, soon the first fish was hooked!

The shoal of GTs was so big and they were so aggressive that other fish were trying to eat the fly out of the hooked GT’s mouth. The fish was landed, and it turned out to be an impressive 106 cm geet. But it didn’t stop there, the geets were still around after the first had been landed, so the flies were back in the water, and soon enough, another monster GT ate the fly, this one was different, Chase decided to get on the boat to stay above it to avoid losing it in coral, and after a stressful fight with the fish, it finally came to hand.

A 117 cm GT! A fish of a lifetime and two over-the-metre-mark geets in only an hour-long fishing session is definitely a combination that stays engrained in an angler’s memory for life!

The triggerfish were also happy and after fishing for them throughout the week when the tides allowed for it, a total of six triggers were landed, including two rare orange line triggers.

Another successful week on St Francois atoll, along with the excellent GT and trigger fishing, plenty of bonefish were landed as well as a hard-fighting milkfish. 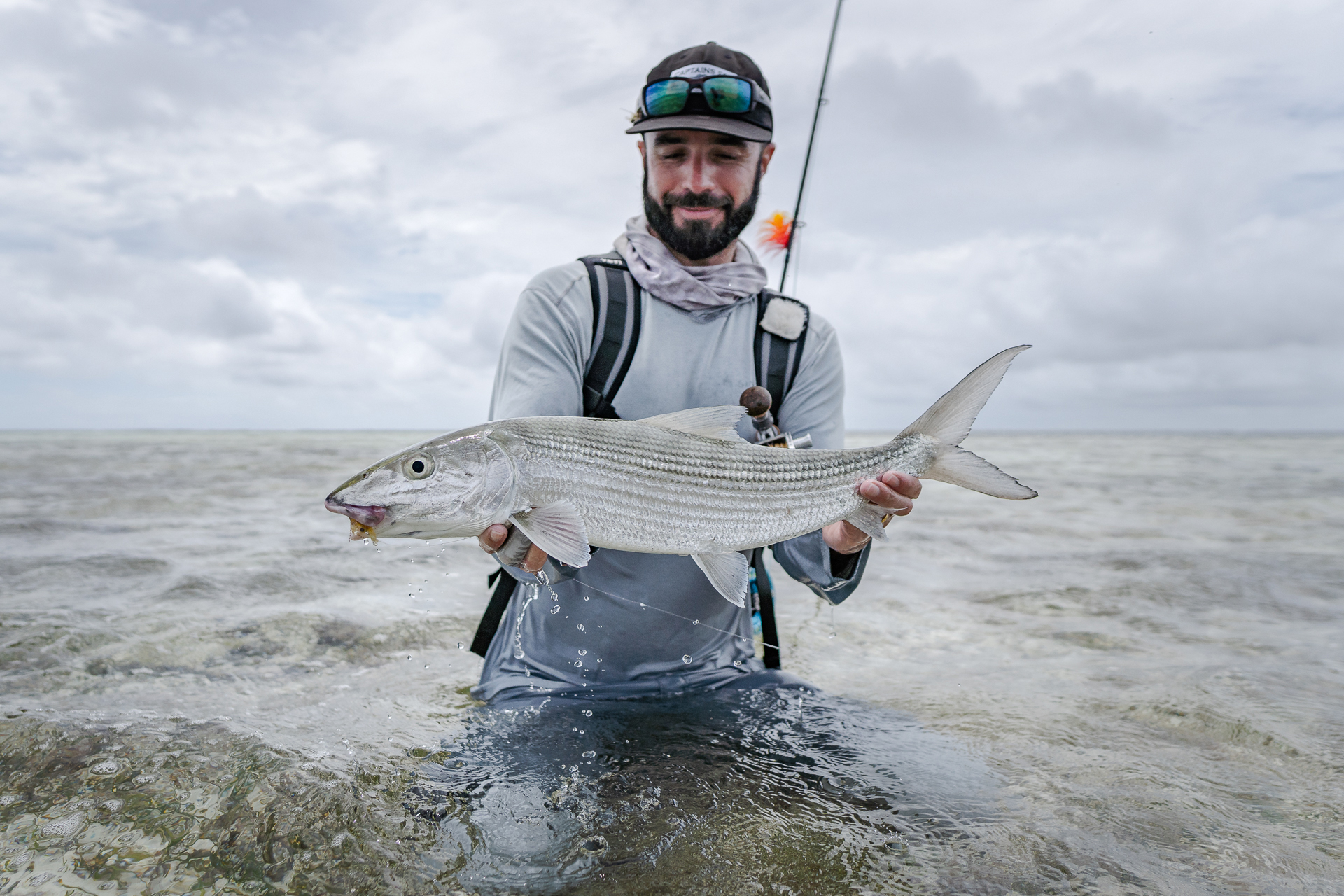 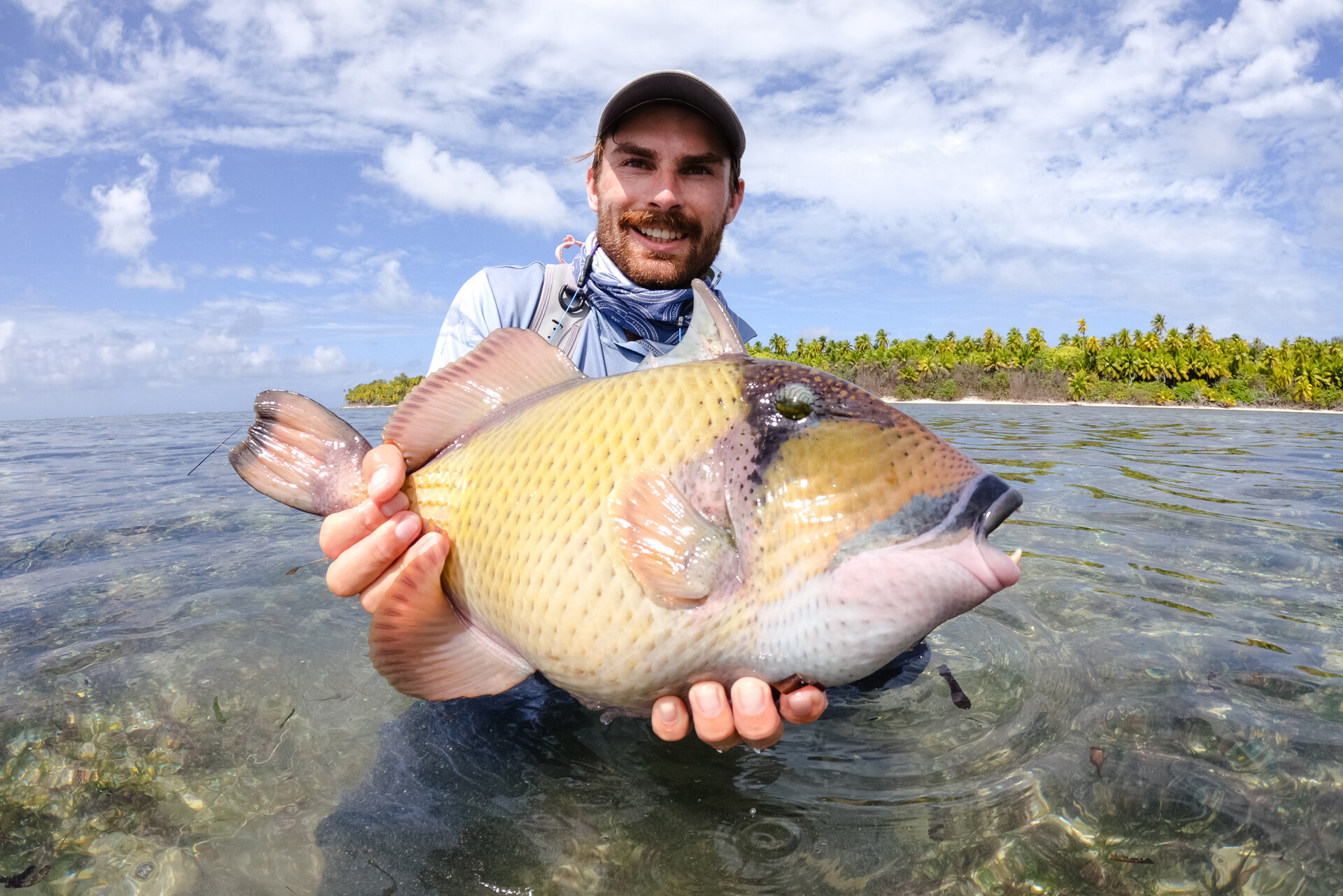 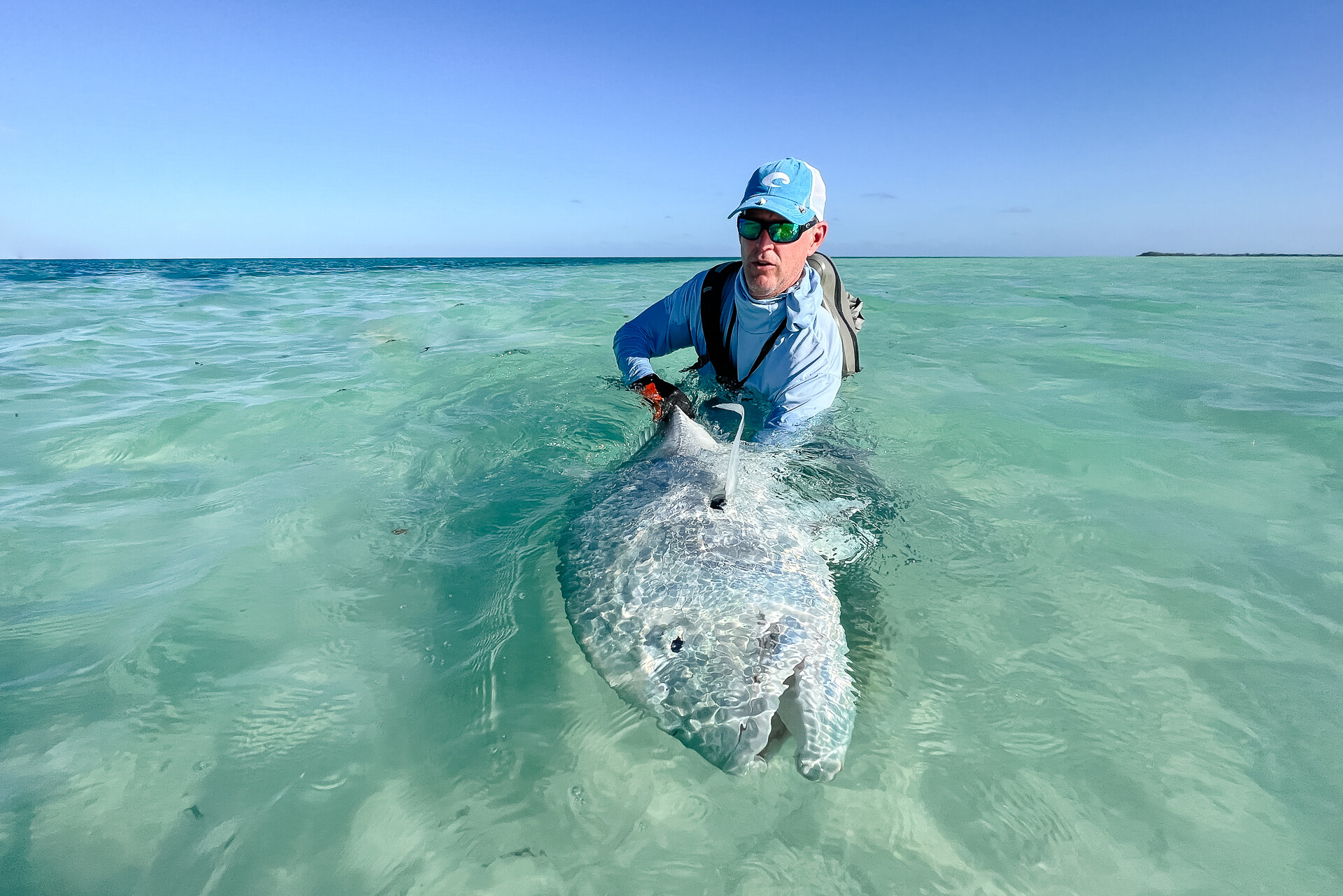 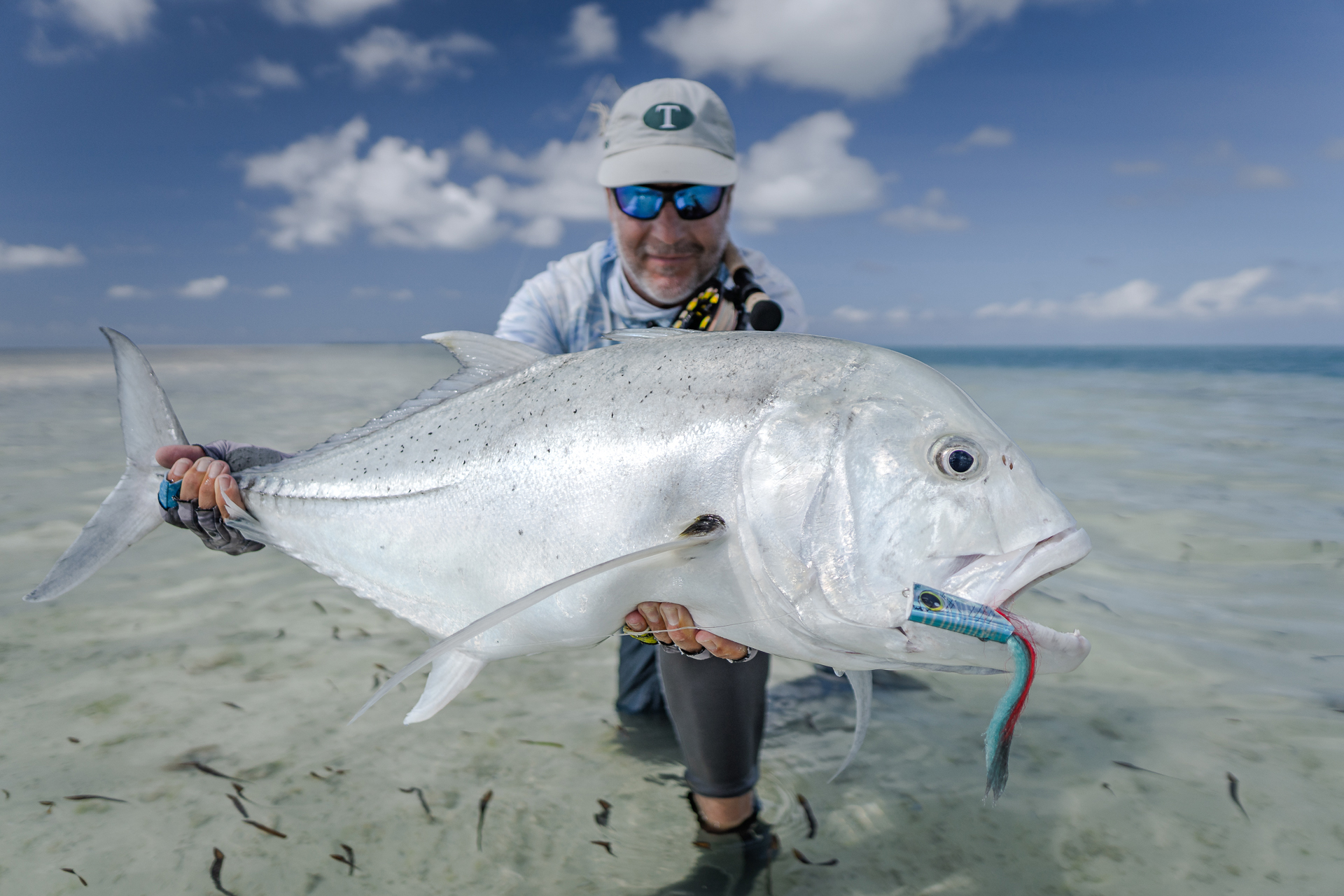 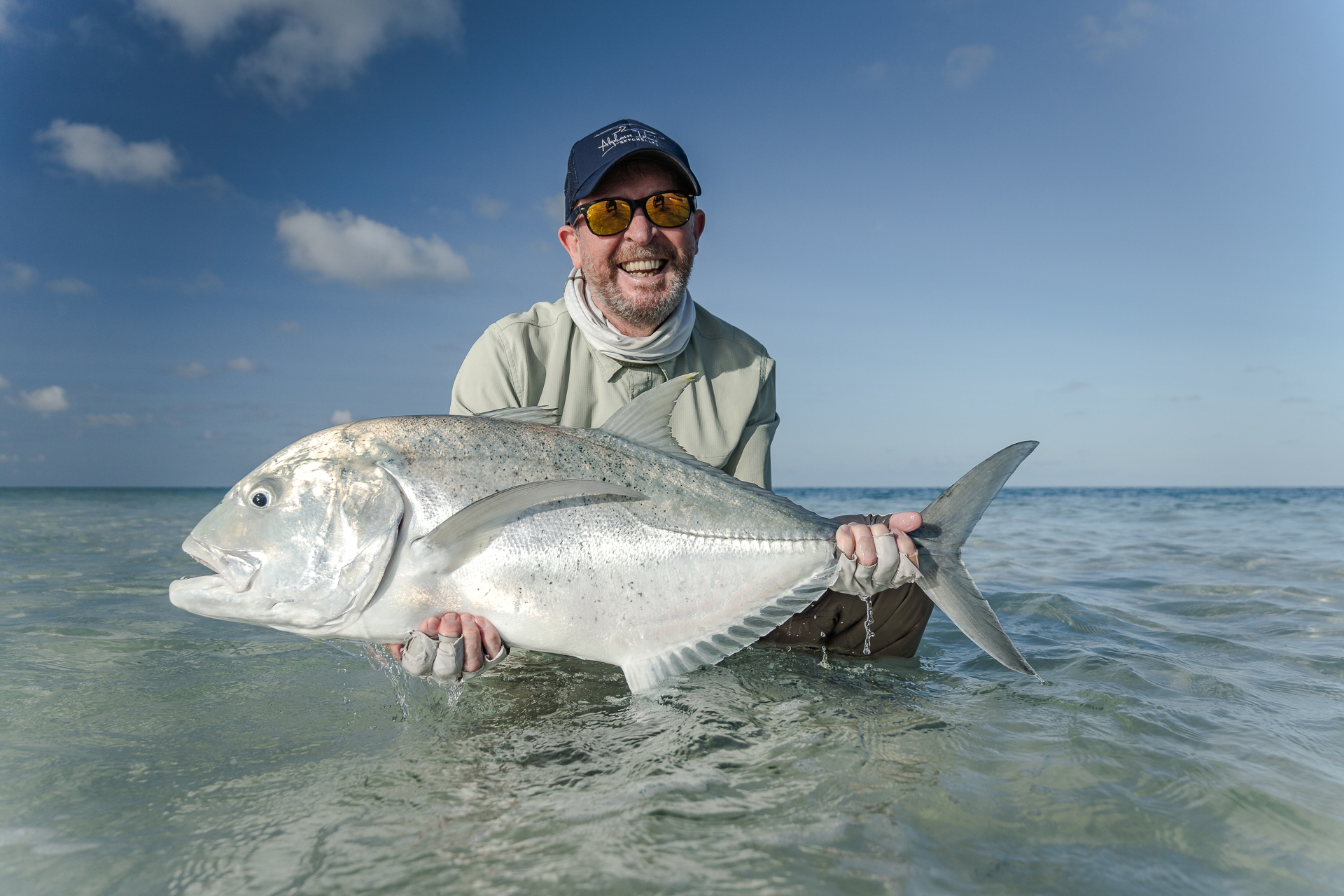