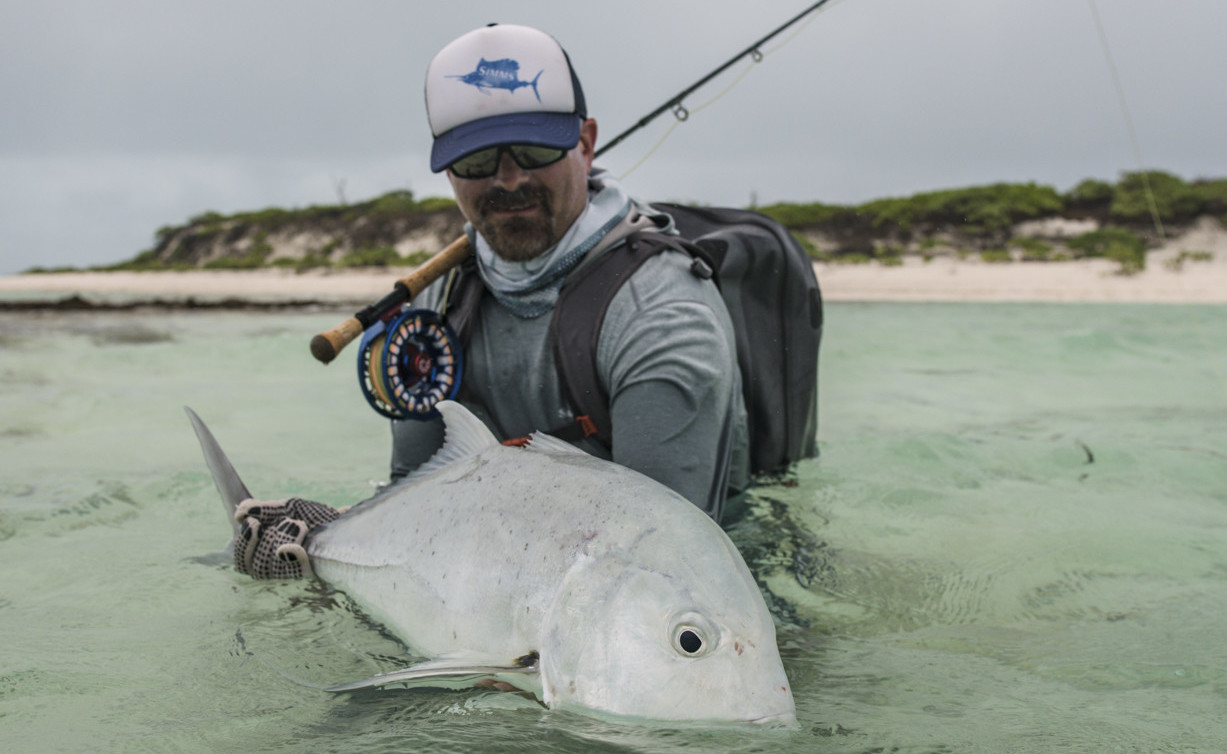 Our official 2019/2020 Farquhar season is in full swing and the guides were so excited to get stuck in! Although anglers were met with unsavory weather conditions, with team efforts and enthusiastic energy, our season kicked off with a bang. With a 10-day trip, our guests were able to experience this unique fishery with the push of the springs as well as the movement into neaps.

Farquhar Atoll produced some good numbers of GT’s, with Roger Harding landing his first ever GT, sizing in at 115 cm just off Goulette. Experiencing the true potential of these beasts, Scott Harkins managed a picture perfect 102 cm on the sandy finger flats near Tripod. Heidi Albano, a return angler triumphantly managed her first ever GT on Farquhar and the champion of the week goes to Grant Willard, with a total of 9 fish under his name, bringing our total to 36 for the week.

Offering a variety of opportunities, Ben Albano succeeded in landing the notoriously moody yellow margin trigger as well as a moustache trigger. Roger was not far behind, bagging himself a beautiful moustache trigger to add to his list. Strong winds and low light did not stop this group from having a cracker week. The “Holy Grail” and bumpies were stalked and chased but the atoll always need a few to “Get Away”, for everyone to return!

What a fantastic group of guests and catches to start our season! 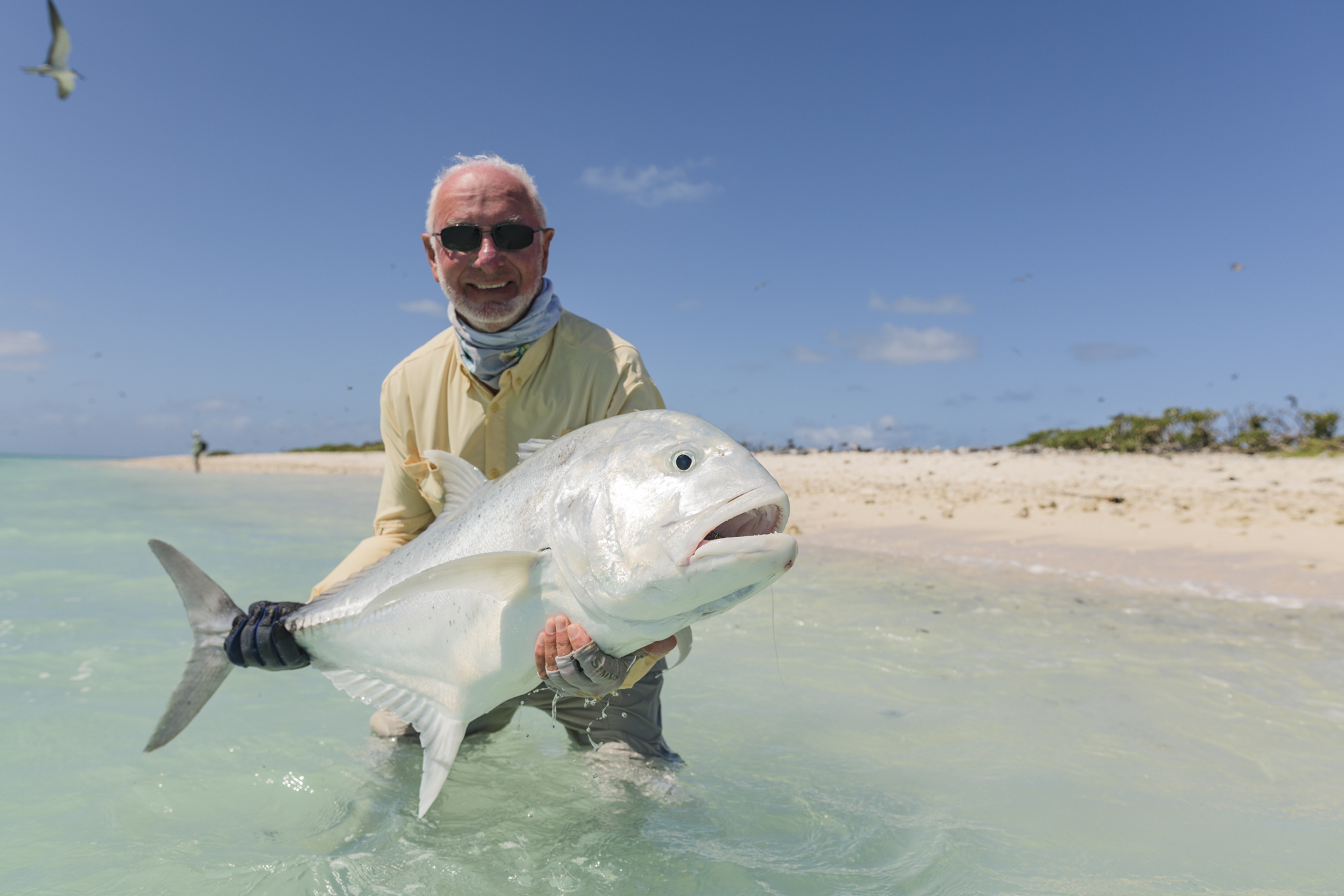 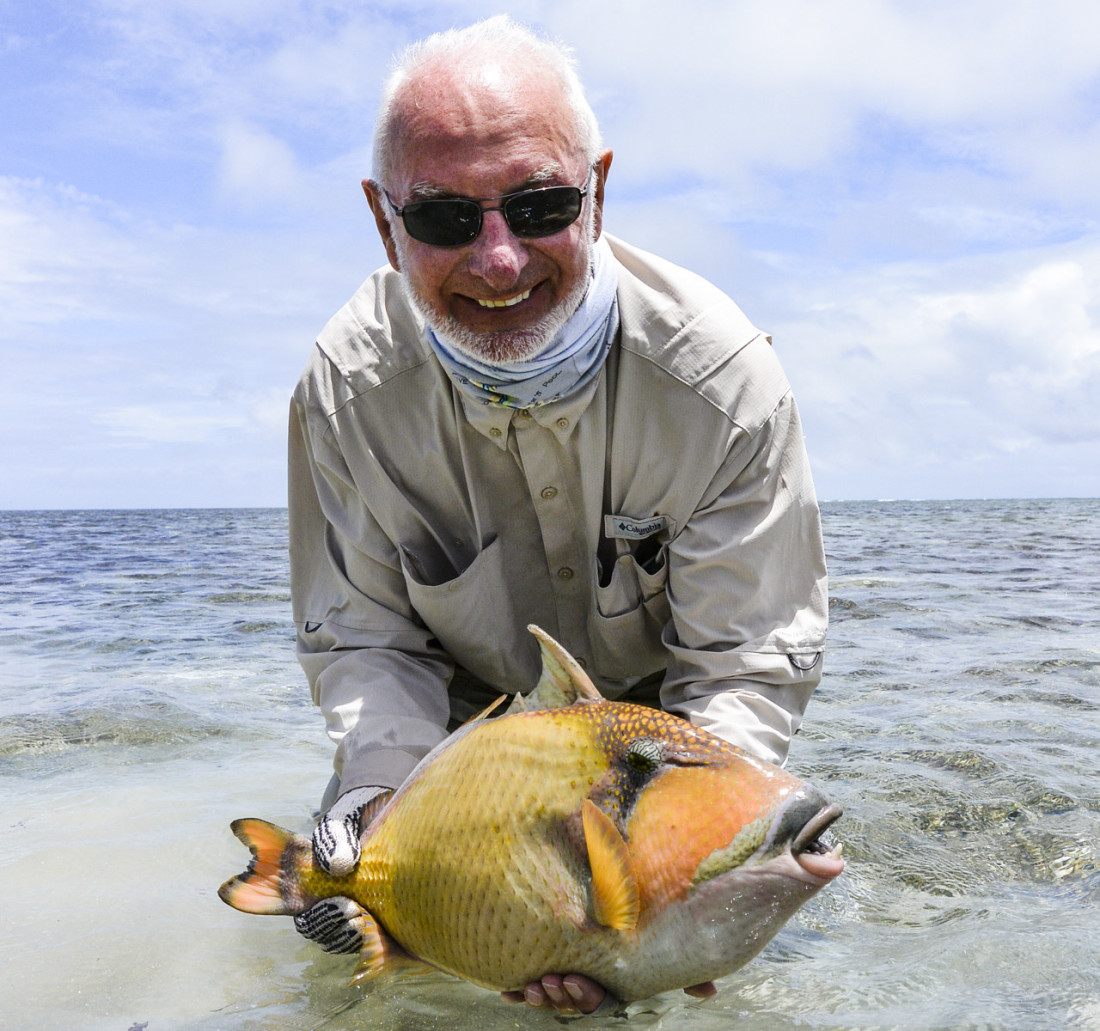 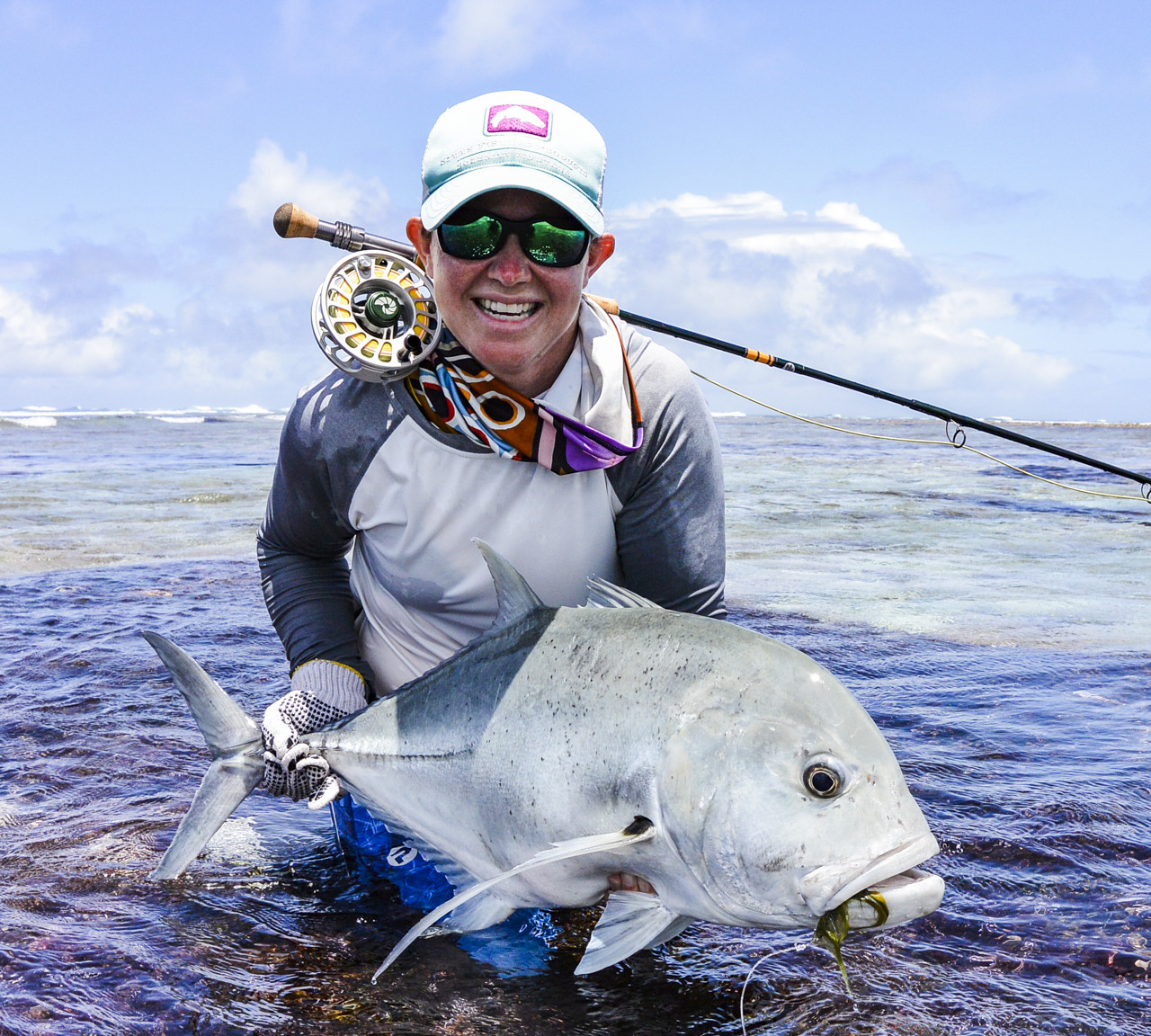 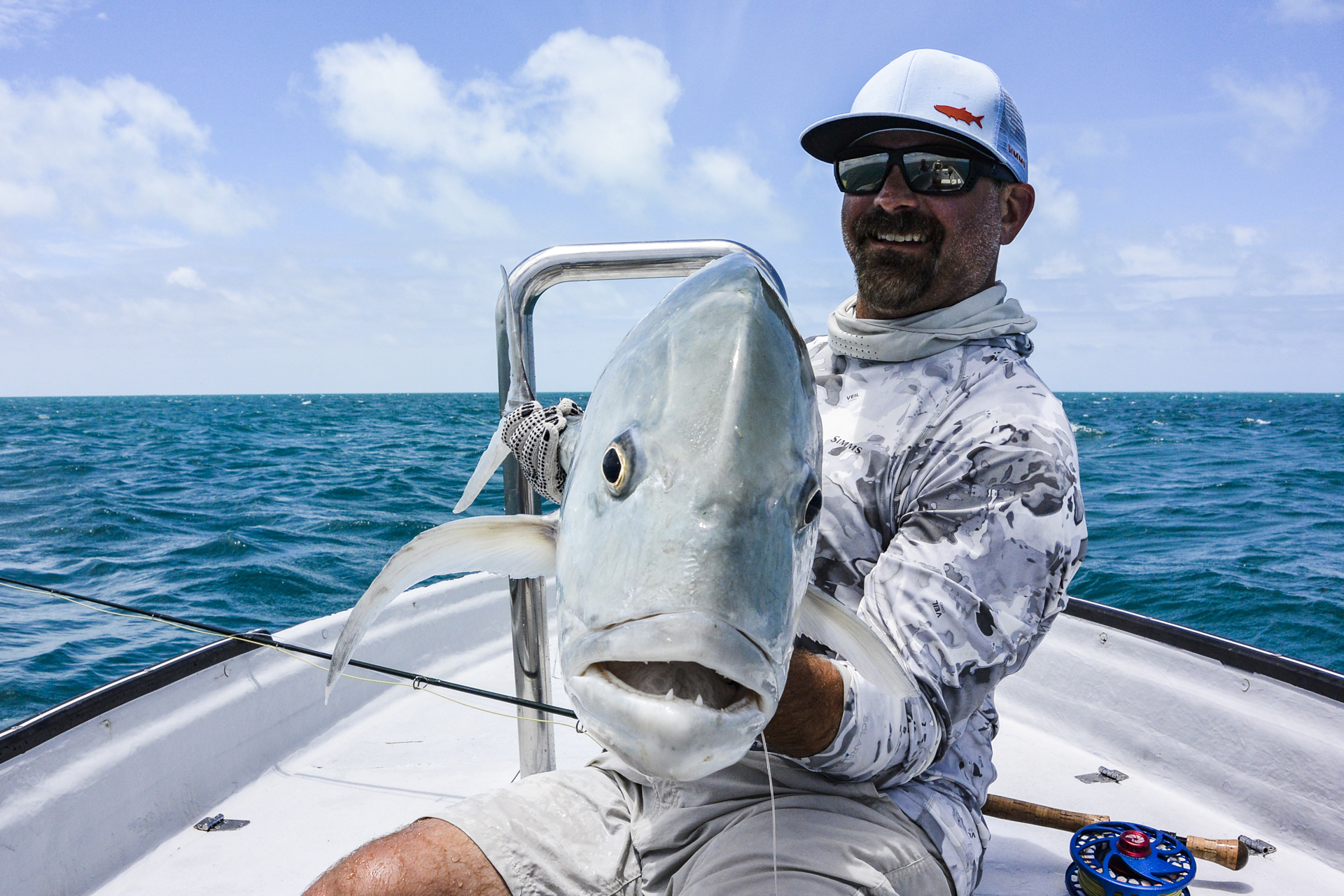 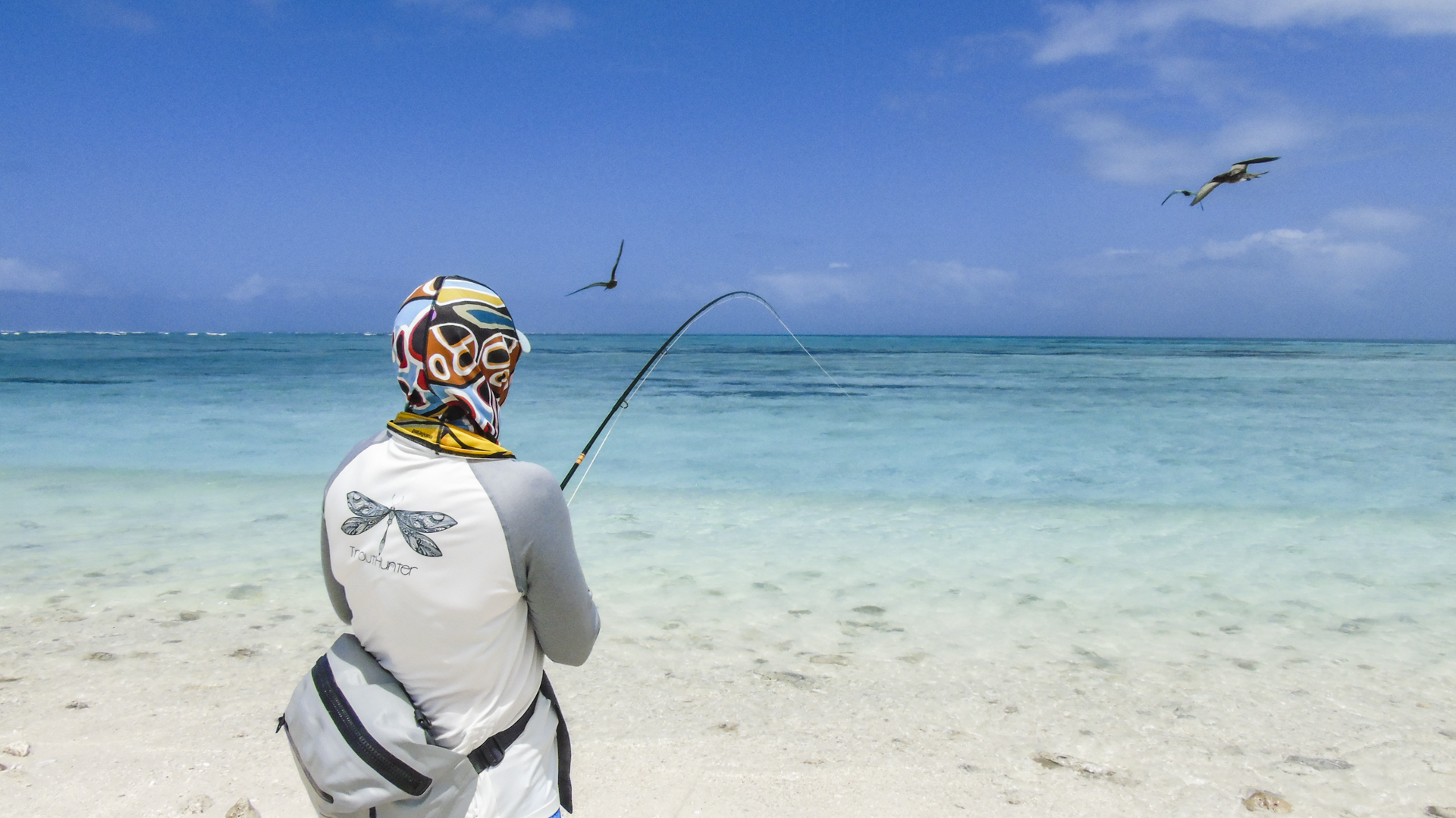 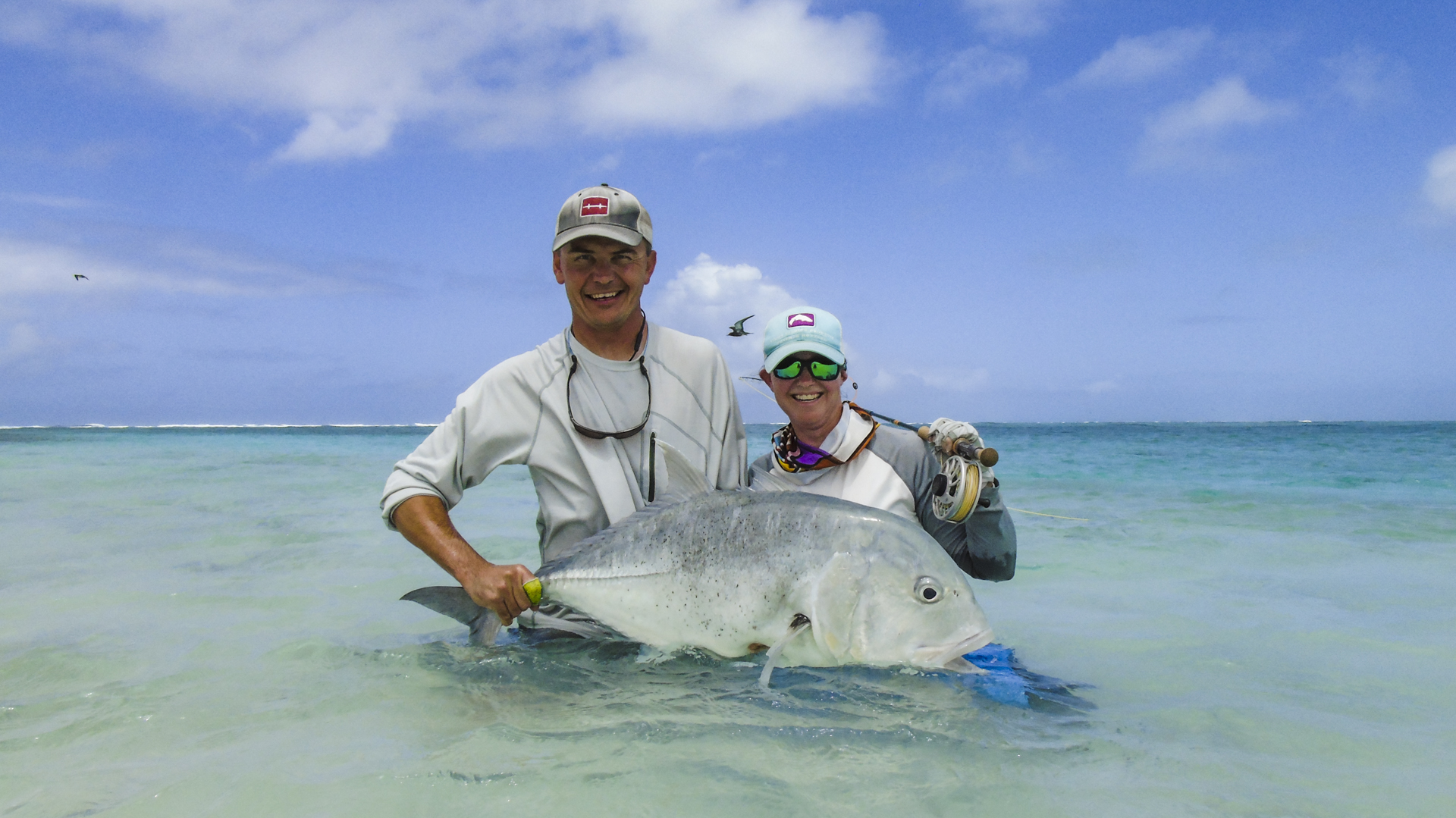