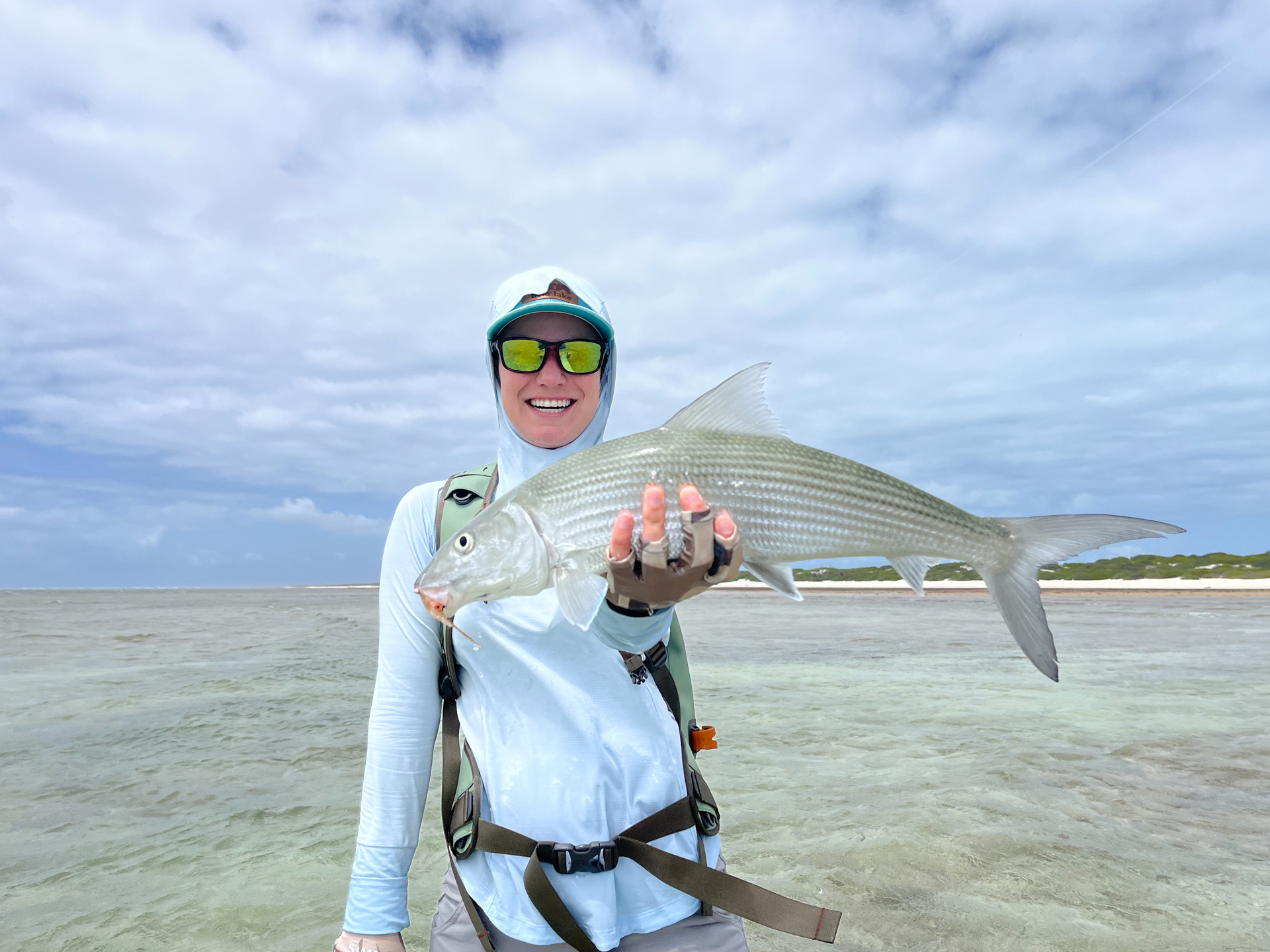 The week on Farquhar started off with some baitfish being pushed into the lagoon and a lot of fish right behind them feeding plentifully.

The tides for the first three days of the week were neap with high water most of the day and then the last three days the water movement was very strong coming onto the new moon on the 25th of October.

Kirsten Matelich started the week off with her first ever bonefish and throughout the week she continued to catch a bunch of them. Her husband, Wesley Matelich, on his second trip to Farquhar, also brought in a bunch of bonefish as well as two nice giant trevally and a couple of bluefin from the bait balls.

George Matelich who was returning to Farquhar for the fourth time got himself a couple of bonefish for the week.

Adam Pate on his first ever saltwater fly fishing trip, lost a couple of GT’s throughout the week but managed to catch his first bonefish as well as a trophy bone of 63 cm.

Bob Atkinson also had a fantastic week for his first trip to our most southerly atoll. With the bait balls around, Bob managed to get his first GT and got a total of three GT. Matching Adam, Bob also got a trophy bonefish of 63 cm.

Eames Yates also got stuck into the bait balls and got two GT for the week. He also got a really big bohar snapper of 65 cm.

Roberto De Moura had an incredible week, to say the least. He started the week with his first moustache triggerfish which measured 54 cm and got a huge blacktip shark on fly. He then got a GT from the bait ball. On the last day, he did a surf walk and got a flats slam with a moustache triggerfish, a bonefish and then managed another giant trevally from the bait balls.

Stay tuned for more from Farquhar next week! 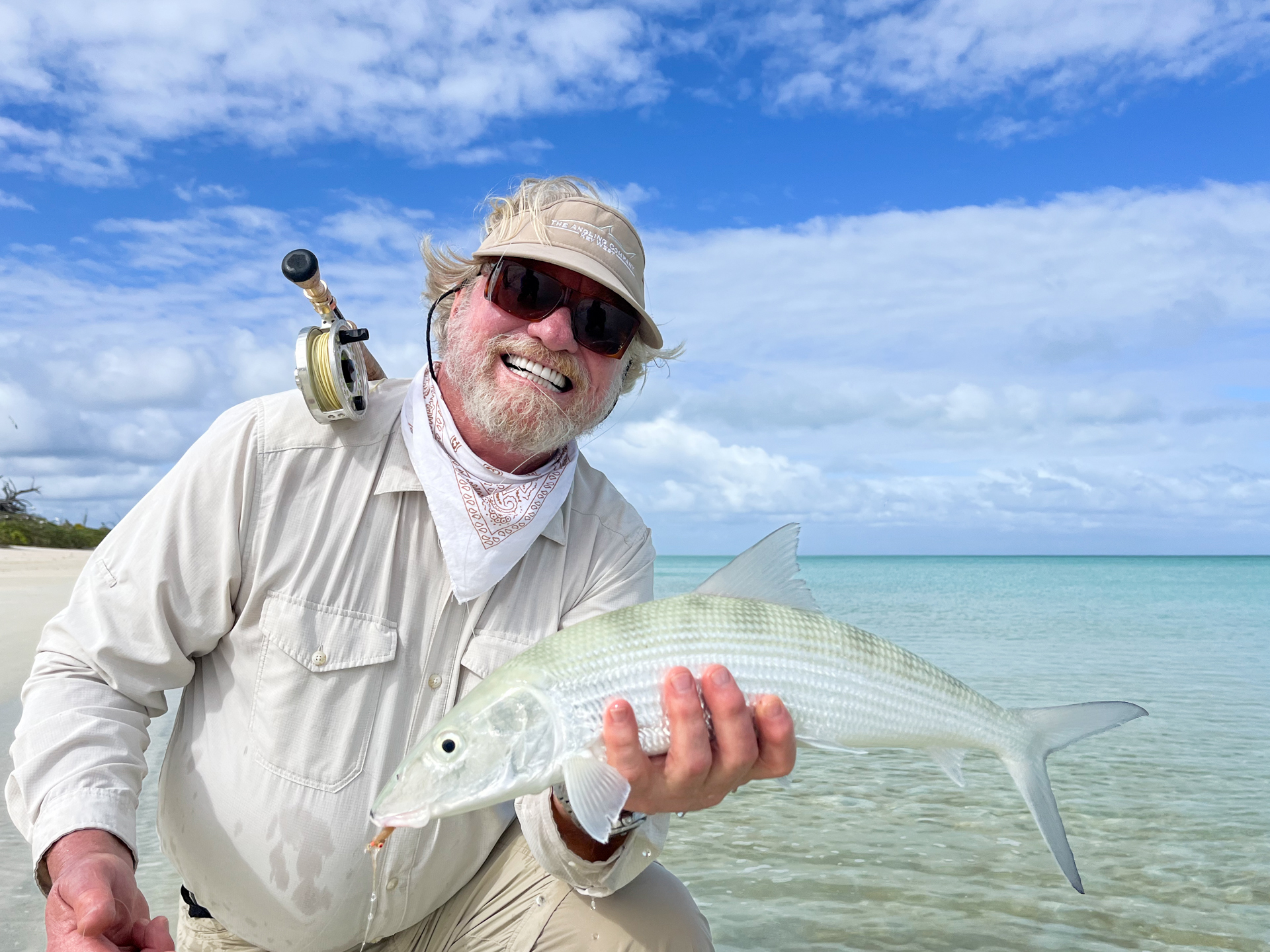 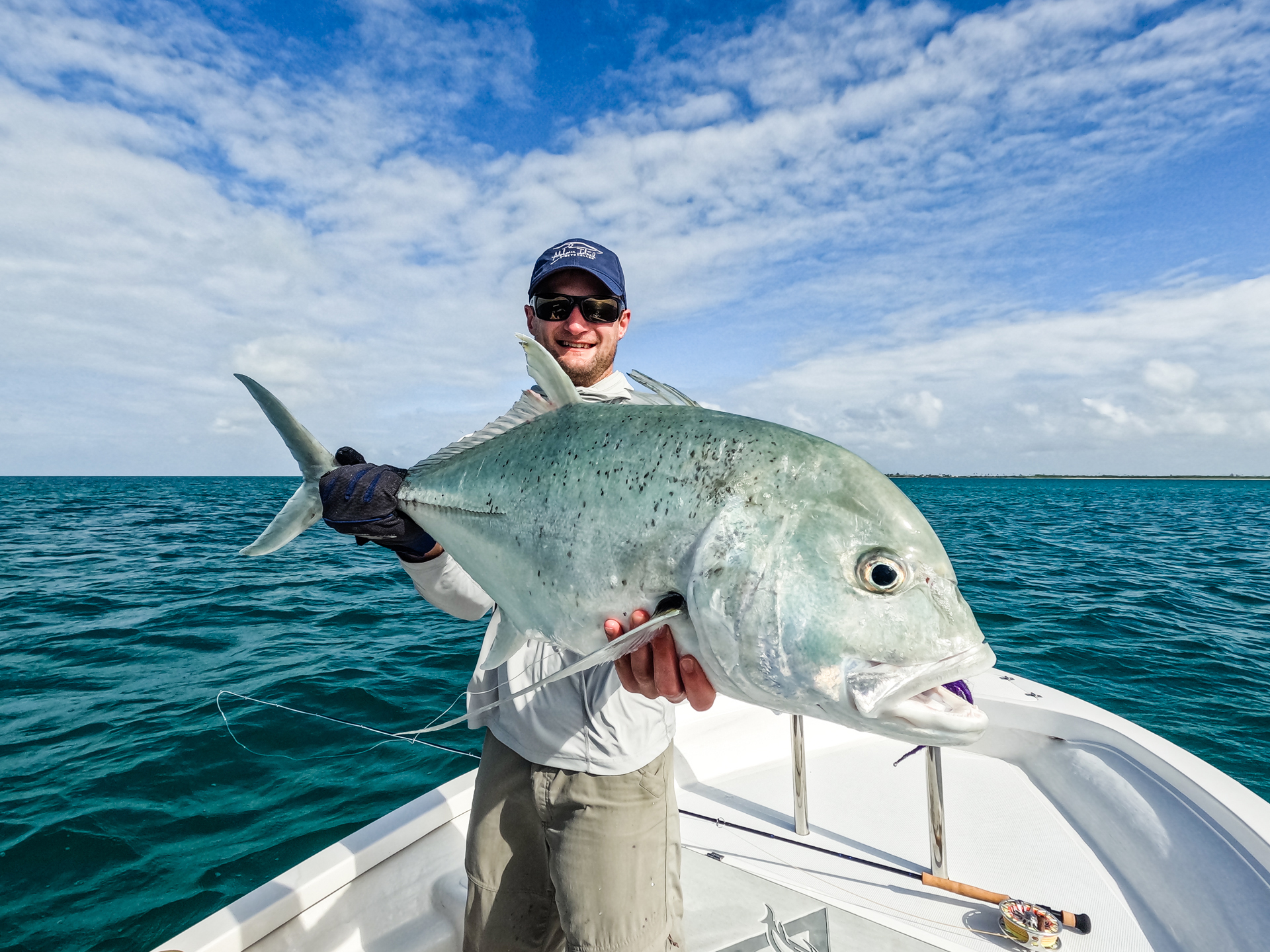