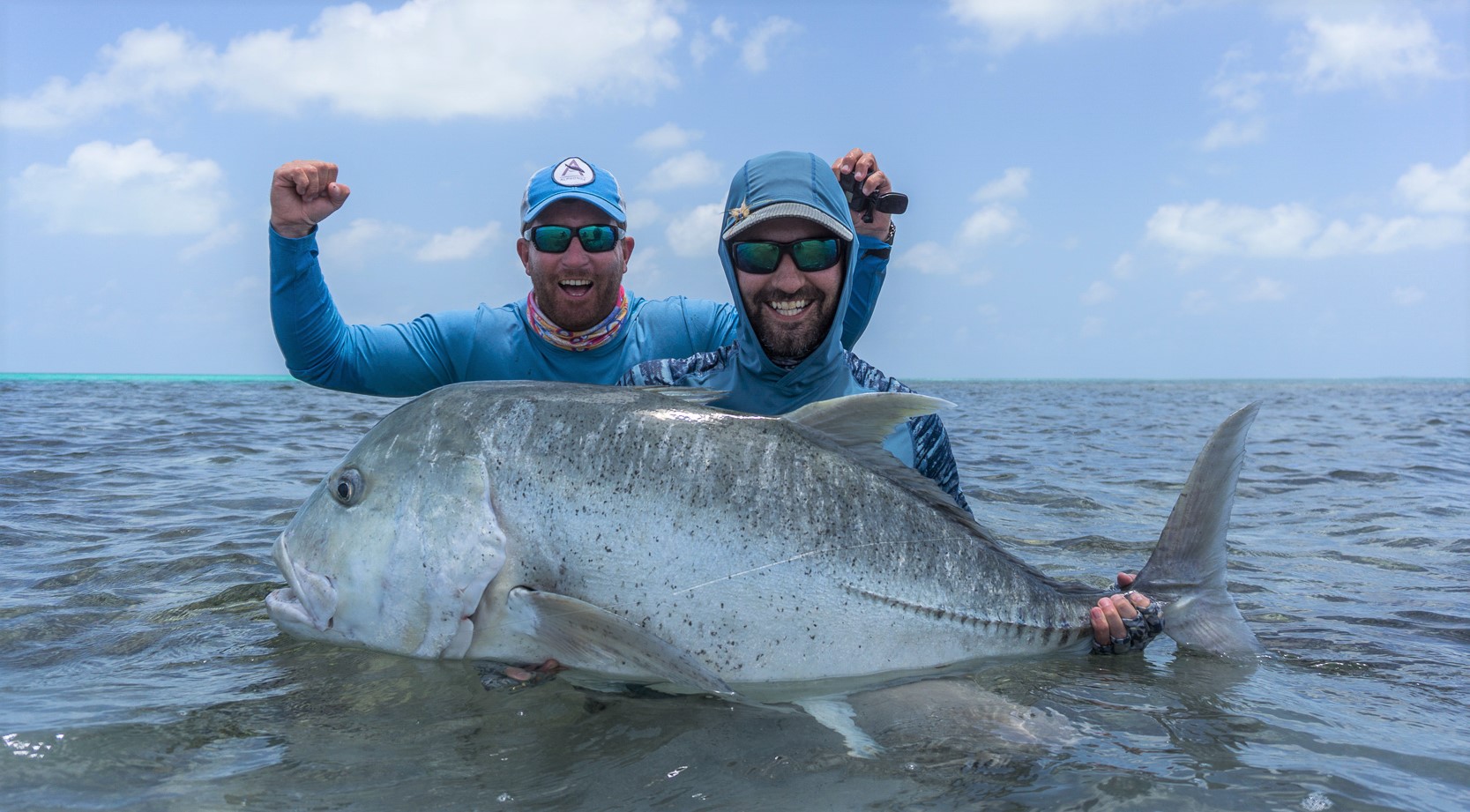 Coming off of the spring tide cycle and moving into neap tides by the end of the week the group were eager to pick up where last weeks’ group had left off.

When the group finally made it to Cosmo they hit the water running. The numbers of fish seen and caught during that first day of fishing were outrageous!

As the week went on the numbers kept on rolling in. Jorge Damiani and Enrique Olivier landed over 40 GT’s in their first two days of fishing on Cosmoledo Atoll alone! Absolutely mind blowing flats fishing.

Andrew Pienovi also landed his first Giant Trevally and kept adding to his tally as the week went on. Dr. Dave Hirsch joined us again and picked up where he left off last season. A solid Moustache trigger on his first day on the water followed up with a 105 cm GT and then proceeded to add 17 GT’s in one day on the water.

Bo Ribaldo and Kasja Larsson had an unforgettable trip. Between the two of them, they landed over 50 GT’s. But it was Kasja’s 54 cm Yellowmargin triggerfish and Bo’s 71 cm Permit that had the both of them grinning from ear to ear the whole week.

Out of all the incredible fishing experienced this week however, the boat pairing of father and son Bill and Jeremy Cook stood out amongst the rest. On one particular day, they landed 10 GT’s, 2 bonefish, and two Indo-pacific Permit between them to complete a father and son ‘Grand Slam’. Jeremy is also the first person to complete a ‘Bills & Bones Slam’ on Cosmoledo.

The fish that most people in the group will remember was Jeremy’s first ever GT. On his first day on the flats of Cosmo Jeremy landed what can only be described as a dinosaur! It stretched Cam Musgraves tape to 131 cm. The biggest GT of the season and it’ll take some grave effort to beat!

This past week can only be described as epic. Huge fish, huge numbers, golden permit, tricky triggers all at Cosmo! 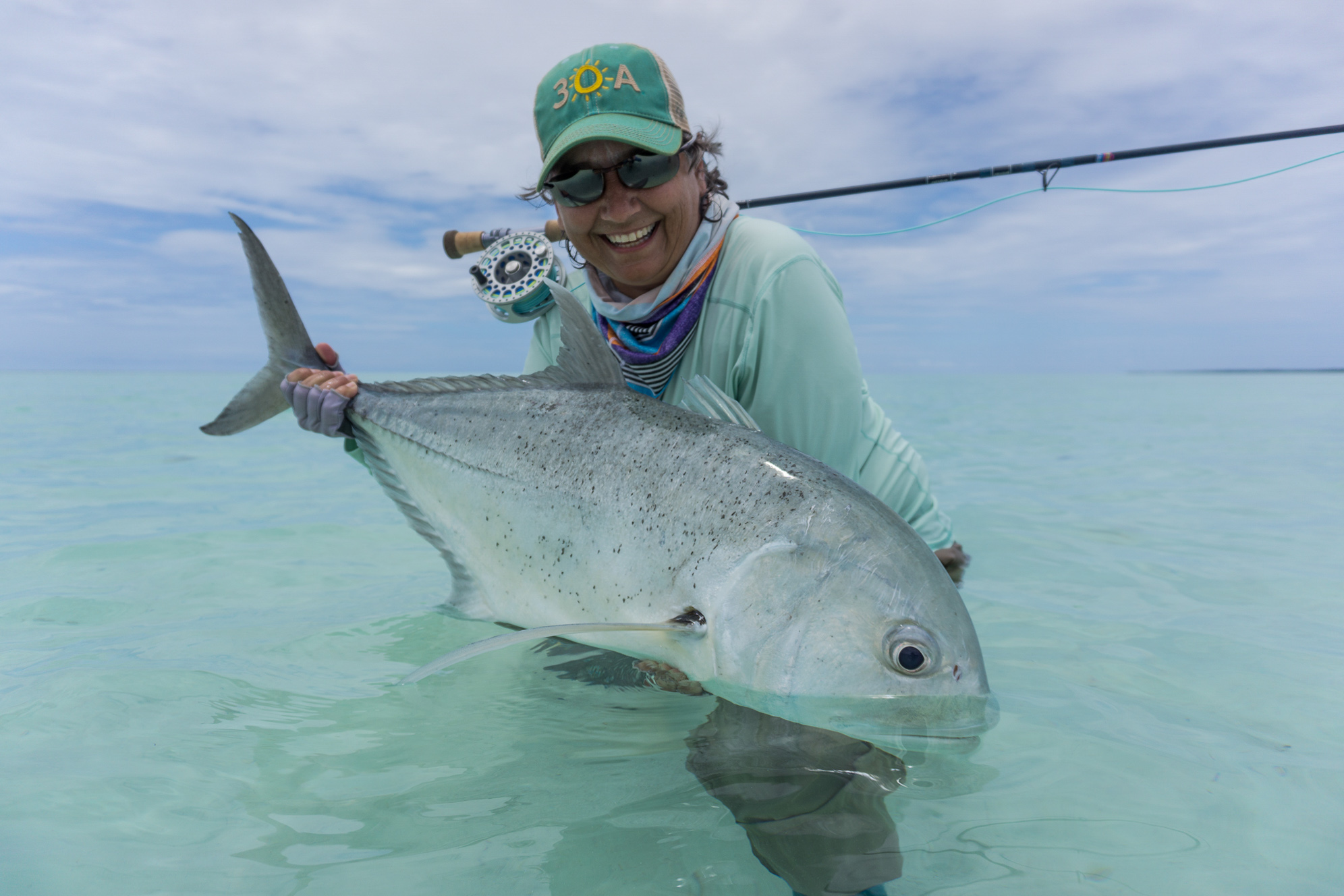 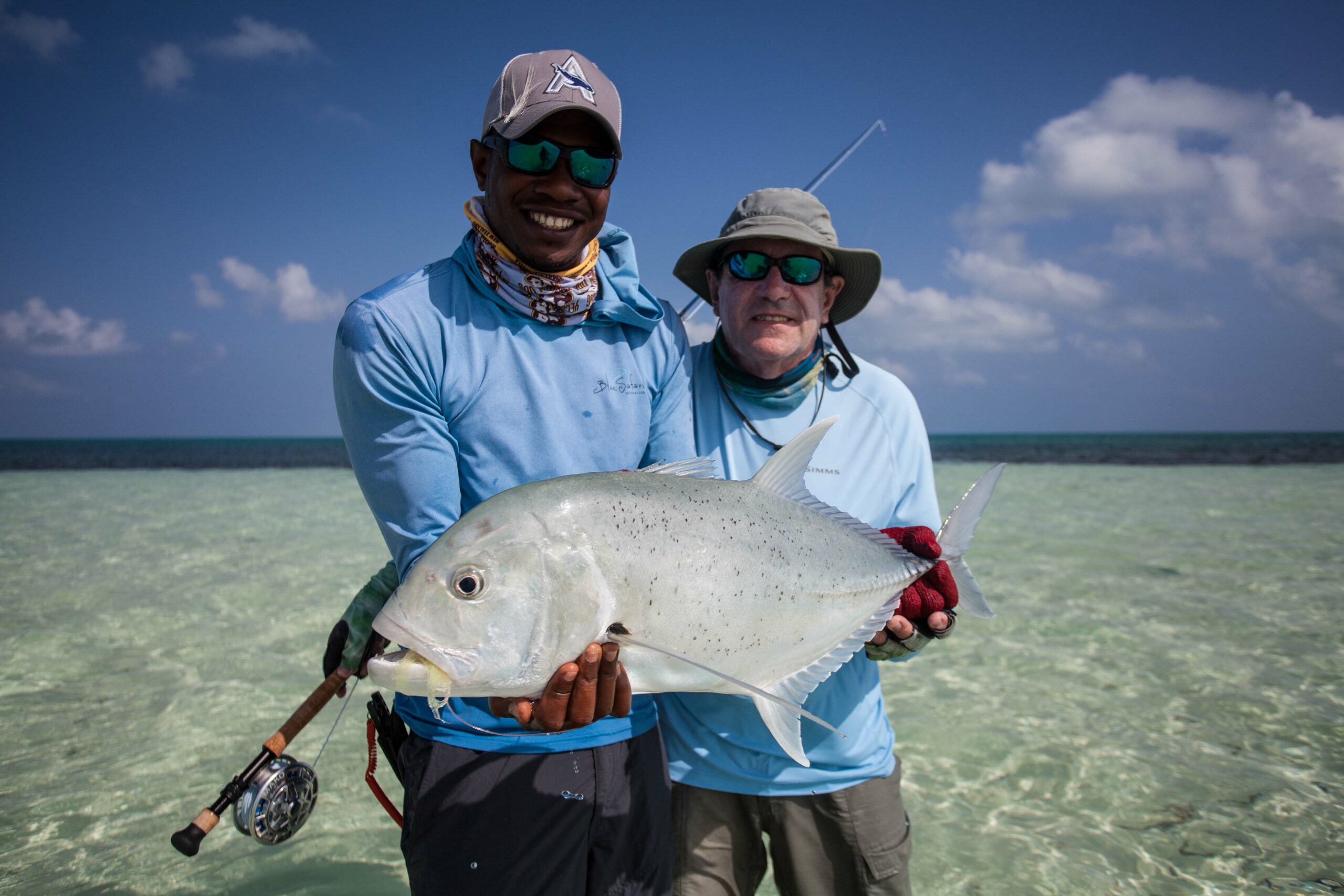 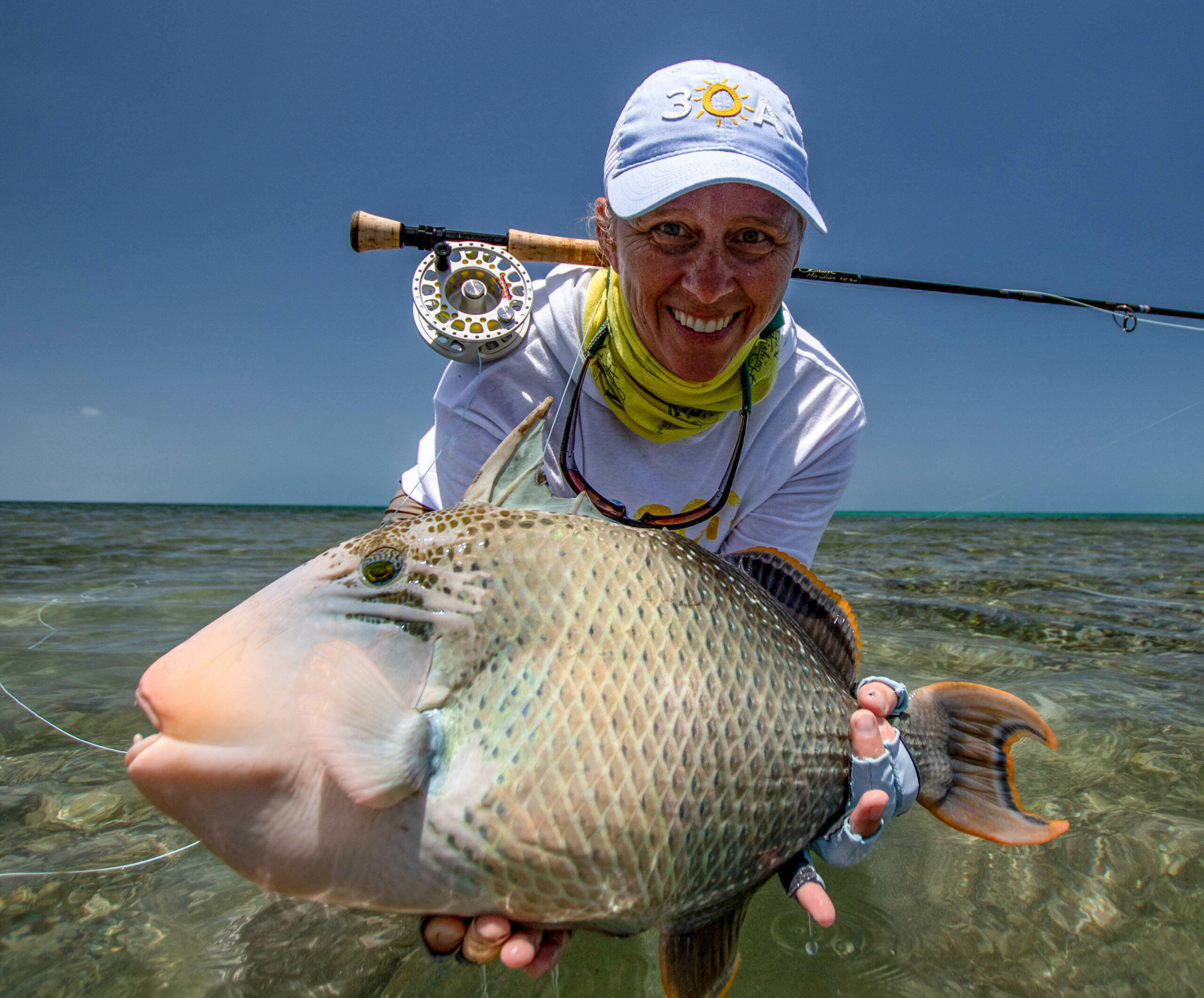 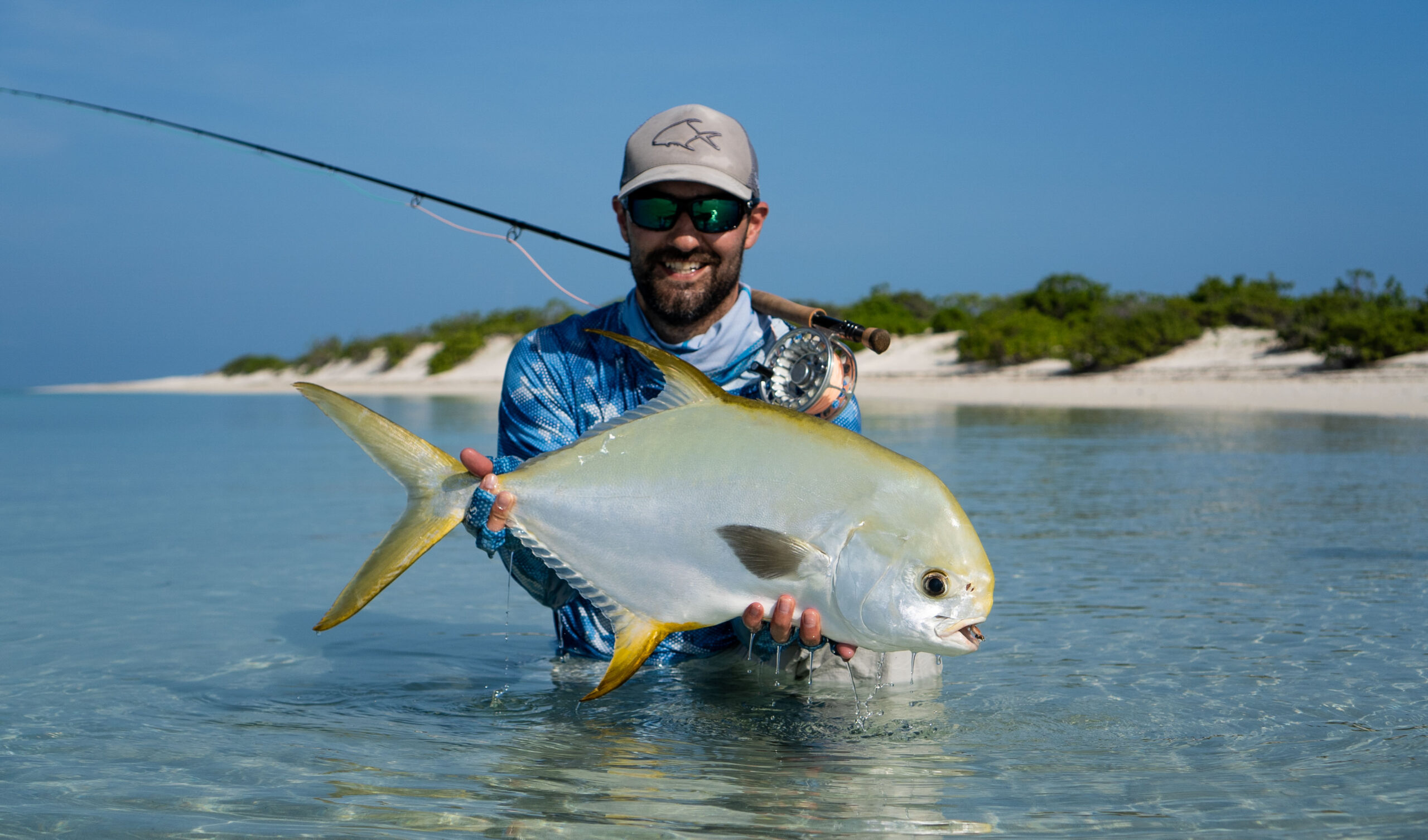 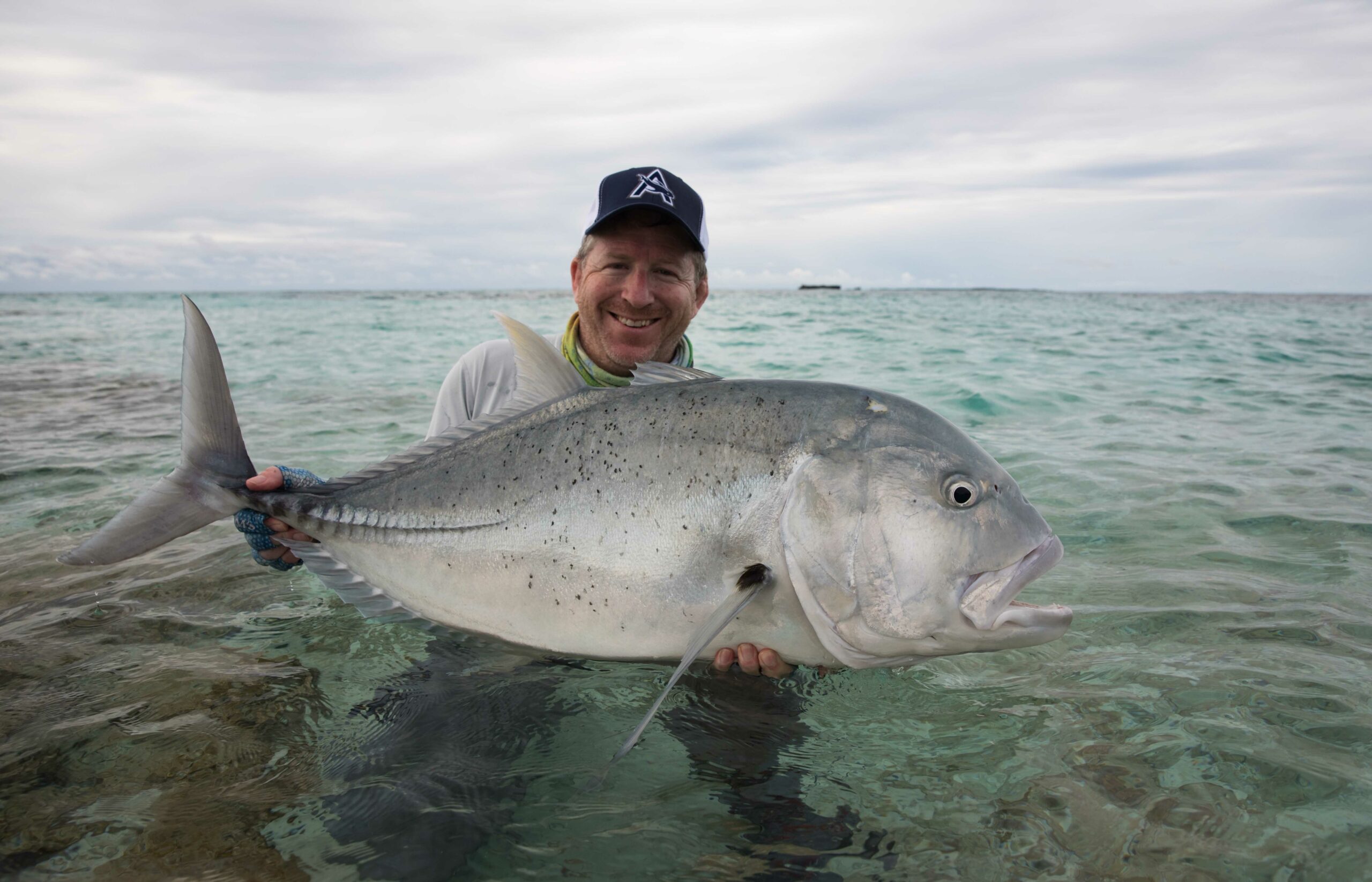 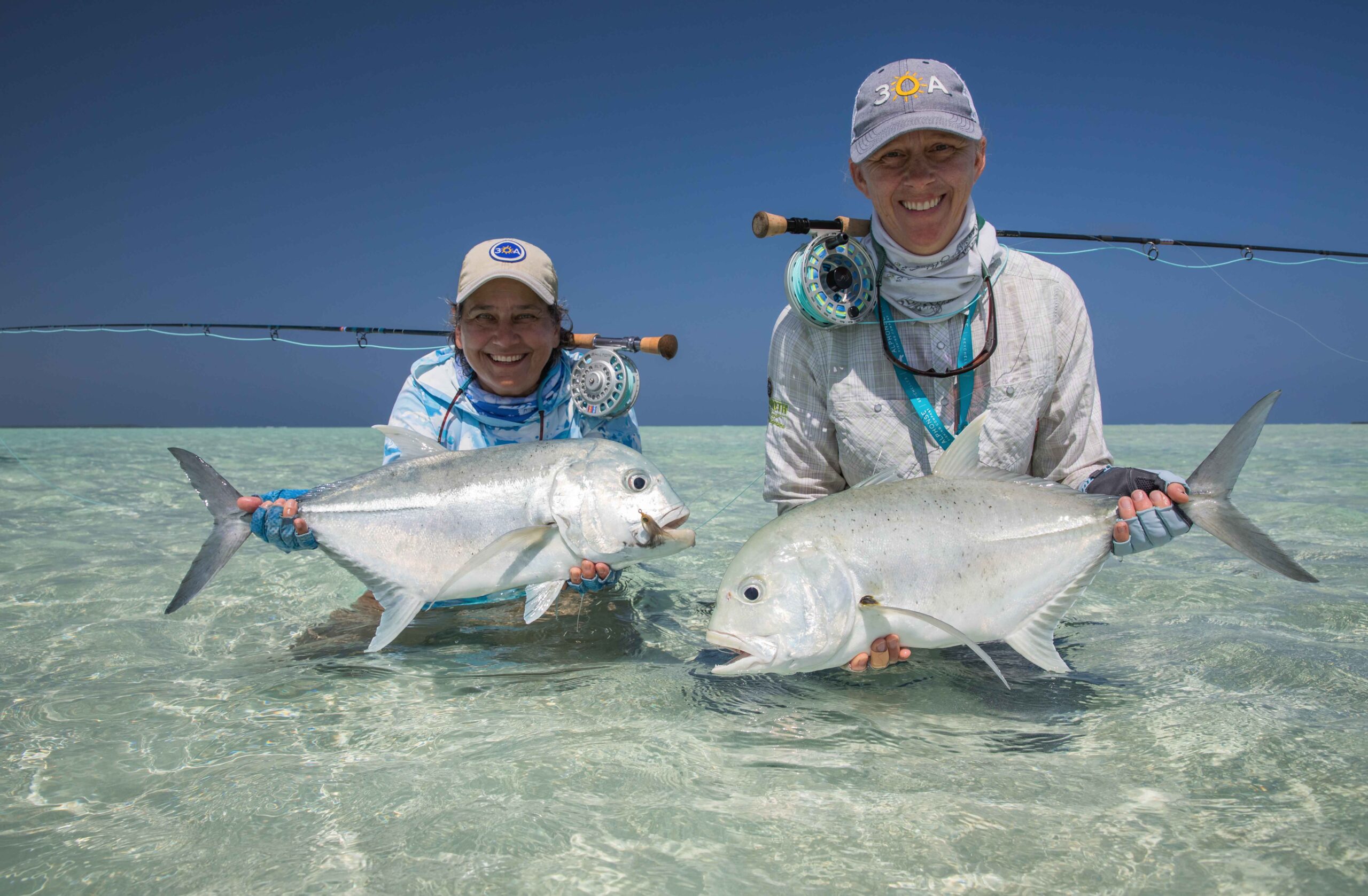