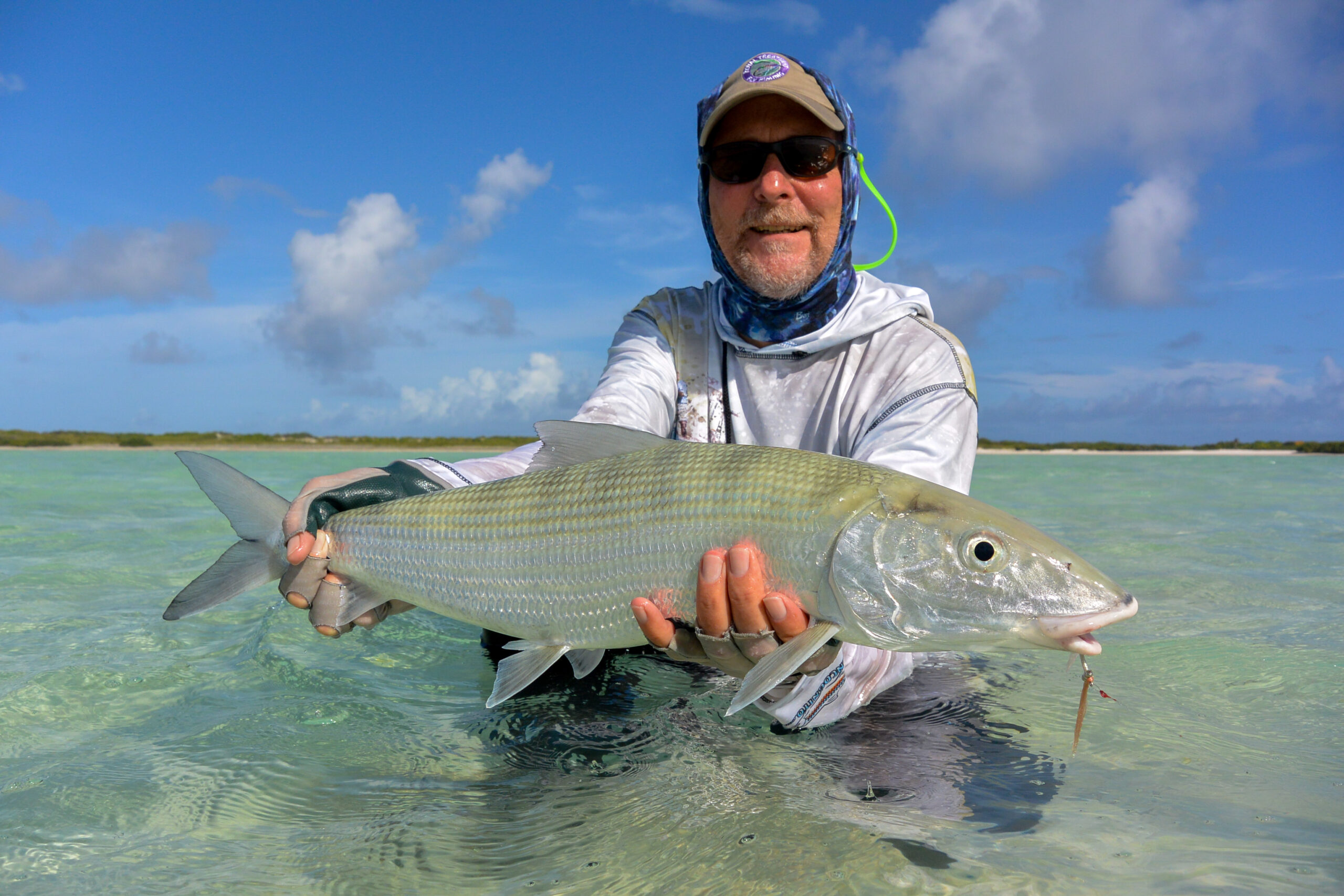 After spending a week on Astove Atoll and a few days on Alphonse Island, our group of guests ended their mammoth trip with a grand finale on Cosmoledo Atoll.

It was a fairy tale start to the trip as the group landed 18 GT’s and 6 Milkfish on the first day. Wallis H continued on from his sensational fishing on Astove and was the recipient of 3 of the Milks and 9 GT’s. Tim Y and his boat partner David F landed some hefty GTs, Tim with the biggest of the week, a very impressive 107cm. David just falling 2cm short of the sought after 100cm mark. Nonetheless, a 98cm GT is a great fish and wonderful achievement. 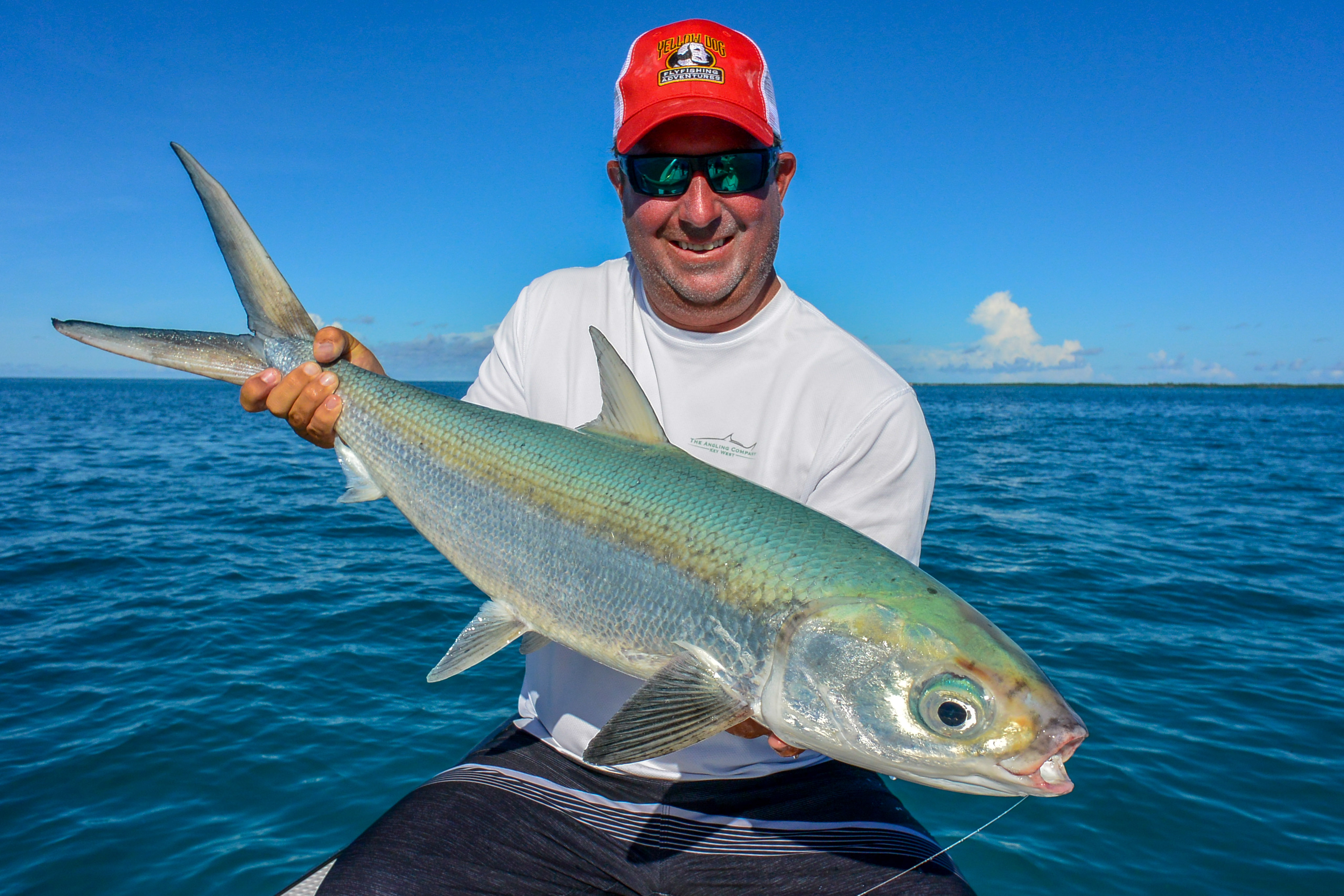 Sadly, the weather turned sour for the greater part of the week with strong winds and high percentage cloud cover with passing squalls making conditions far from ideal. However, this did not dampen the spirits of the anglers as they faced the elements head on and in doing so landed some great fish. During the worst of the weather, Dan H and his boat partner Jim P had a phenomenal afternoons’ fishing. Even in very poor light conditions, the GT’s were in abundance in very shallow water making them easy to spot as their dorsal fins and backs were well out of the water. 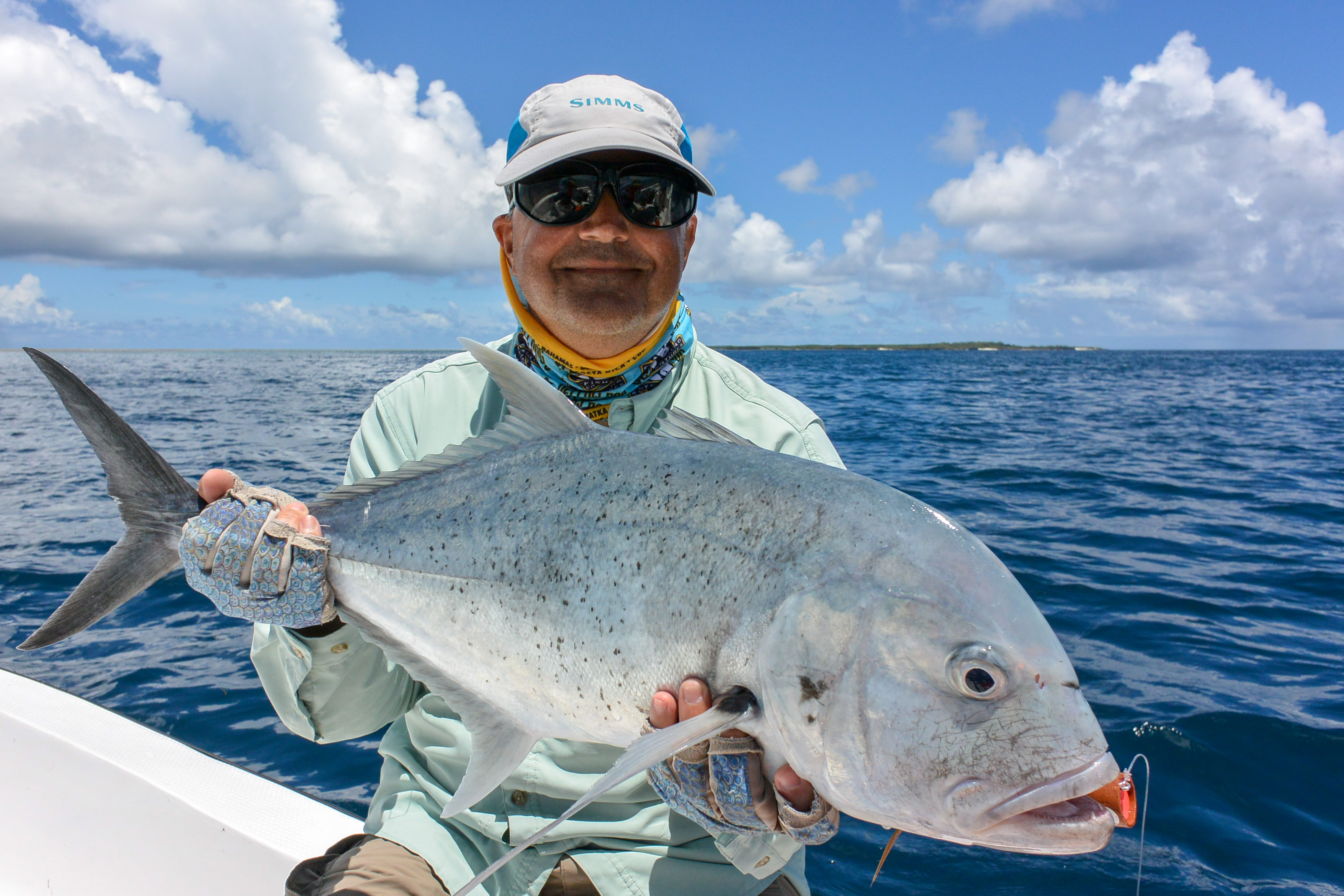 The final day saw the weather lift a little. Lighter winds and more sunshine resulted in an immediate improvement to the catches as 20 GT’s were landed. Unfortunately, Gary G was denied a monster GT as it seemed to spook as it was about to eat the fly at the rod tip, a gut wrenching feeling and a memory that will last a long time.

In the end, it was a testing week at times however there were still some great fish caught, laughs throughout the week and a lot of cold Seybrews drunk. 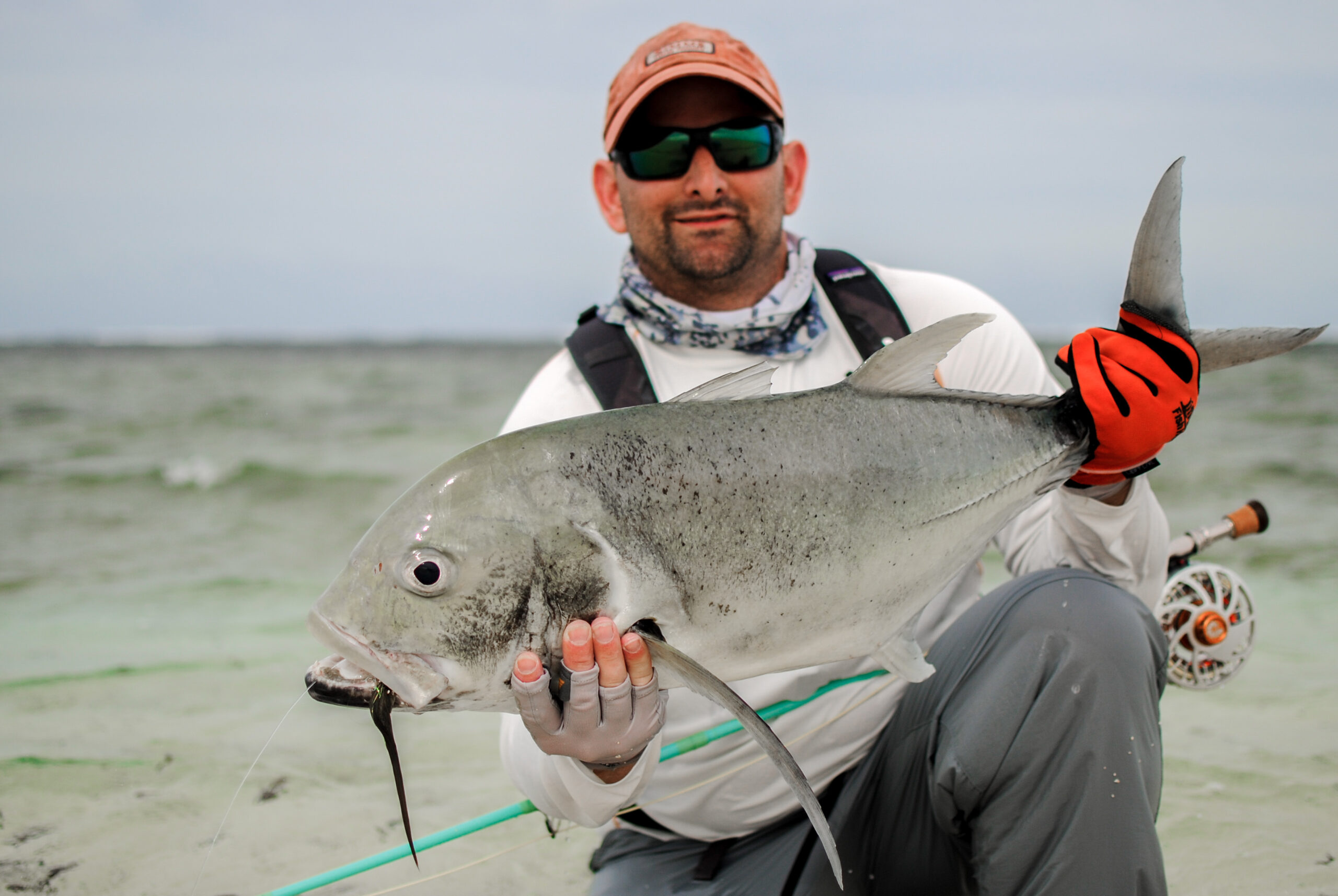 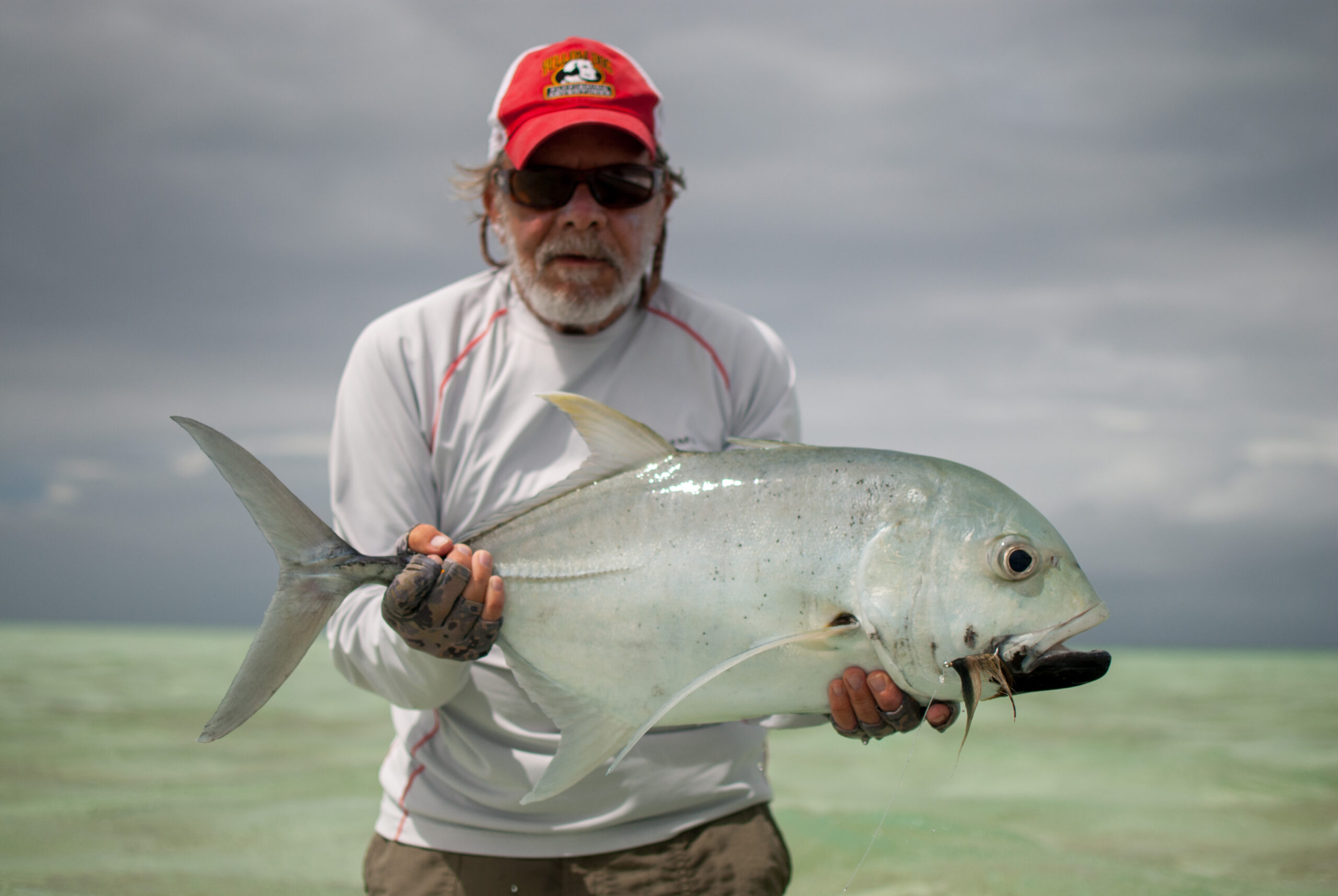 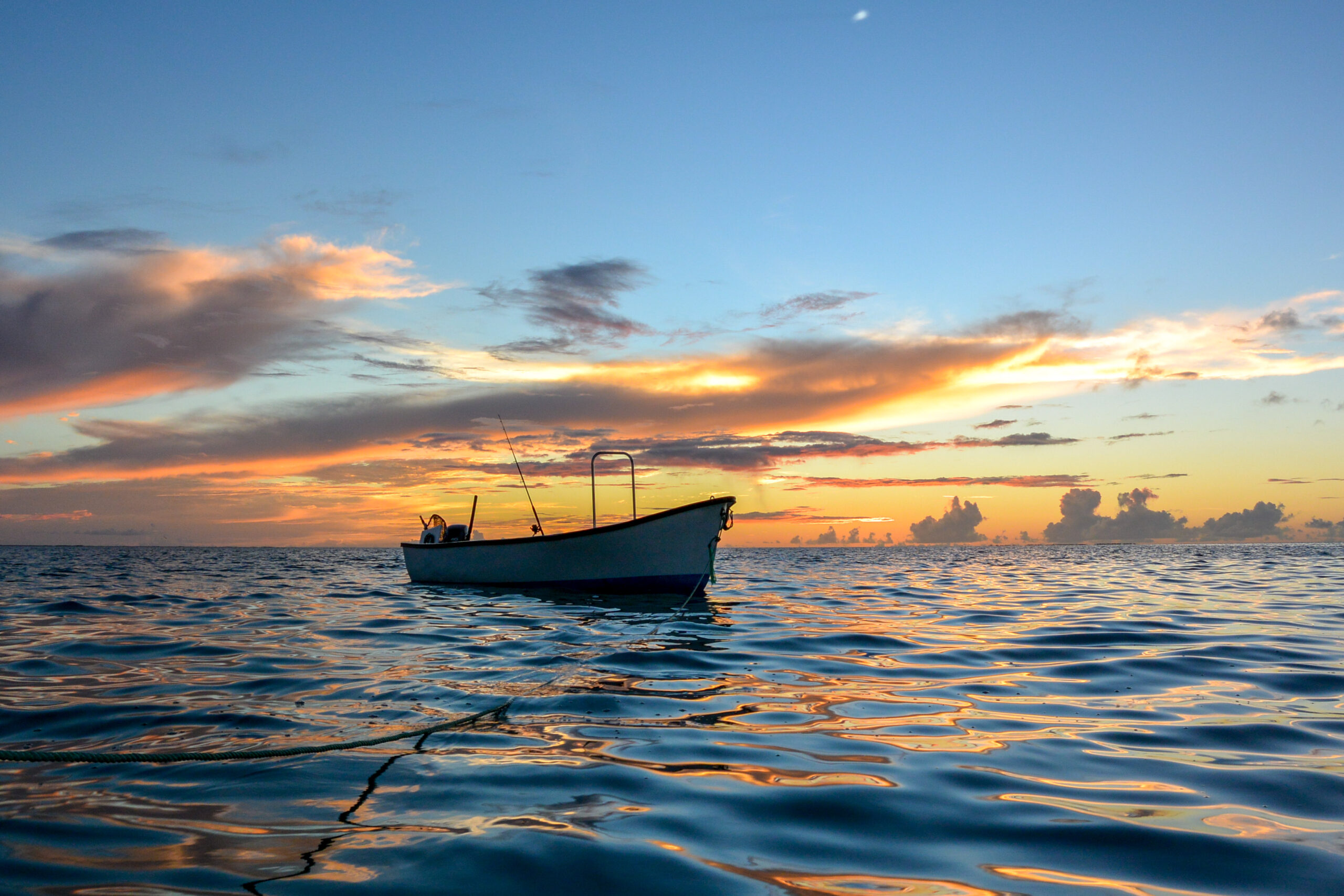 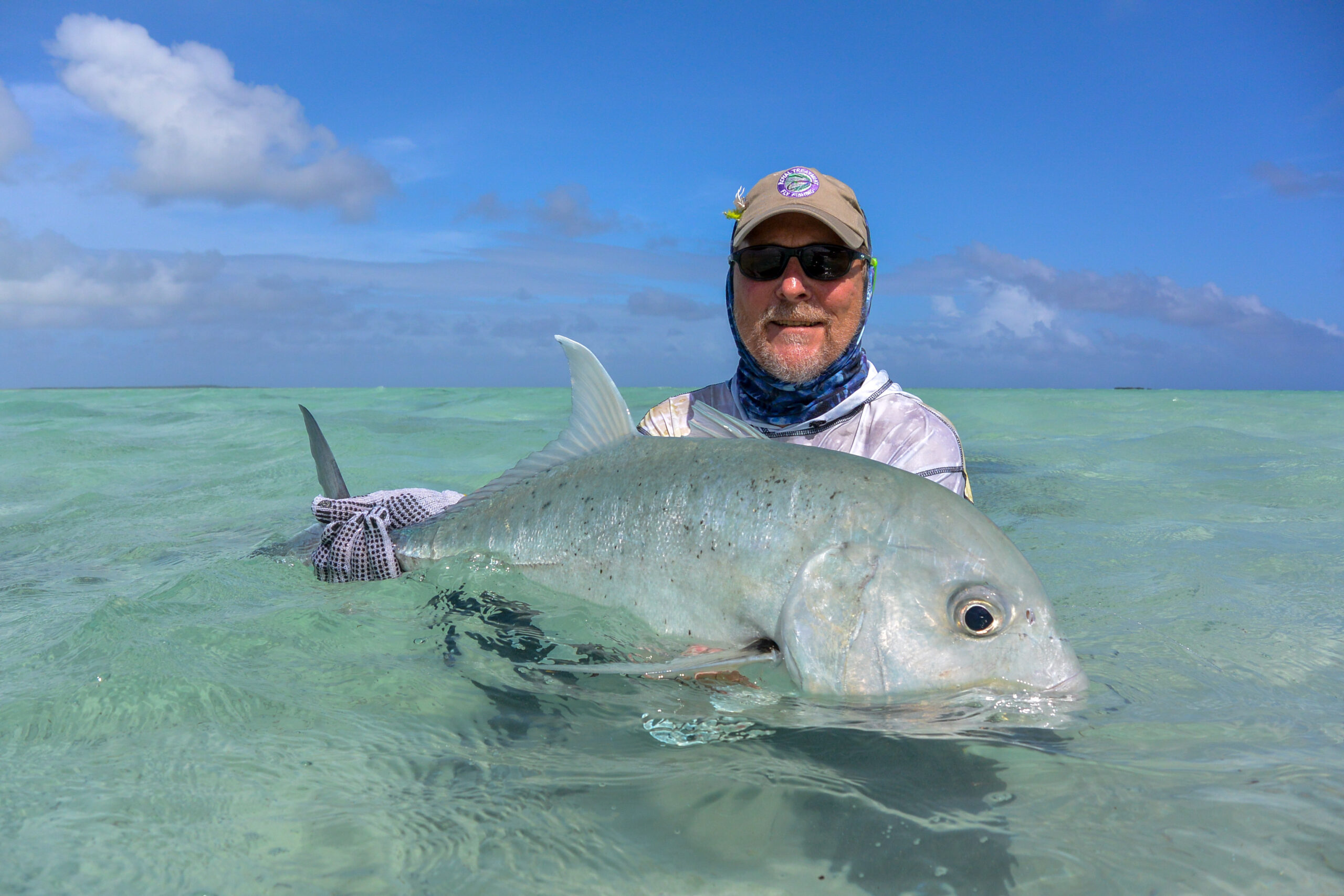 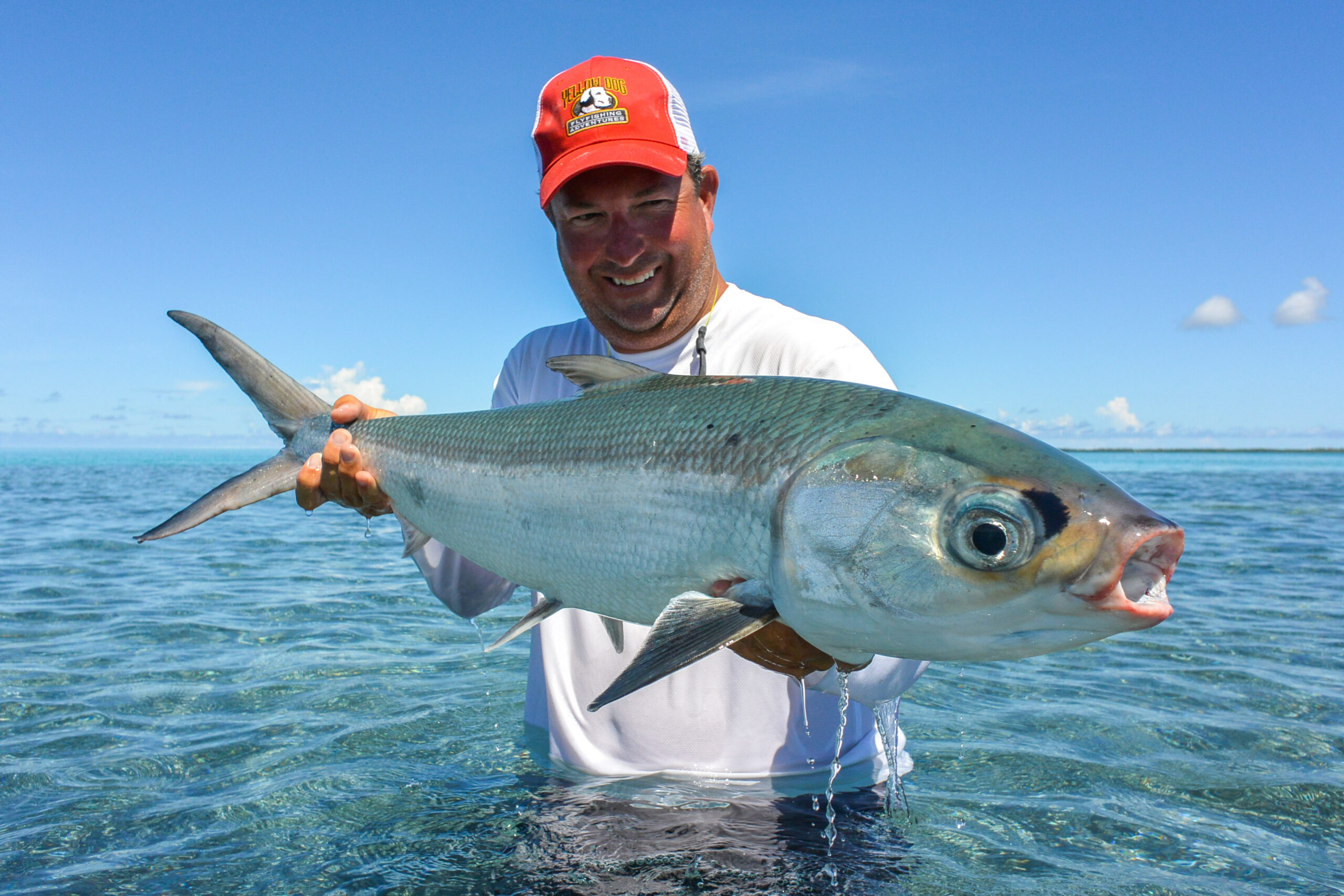 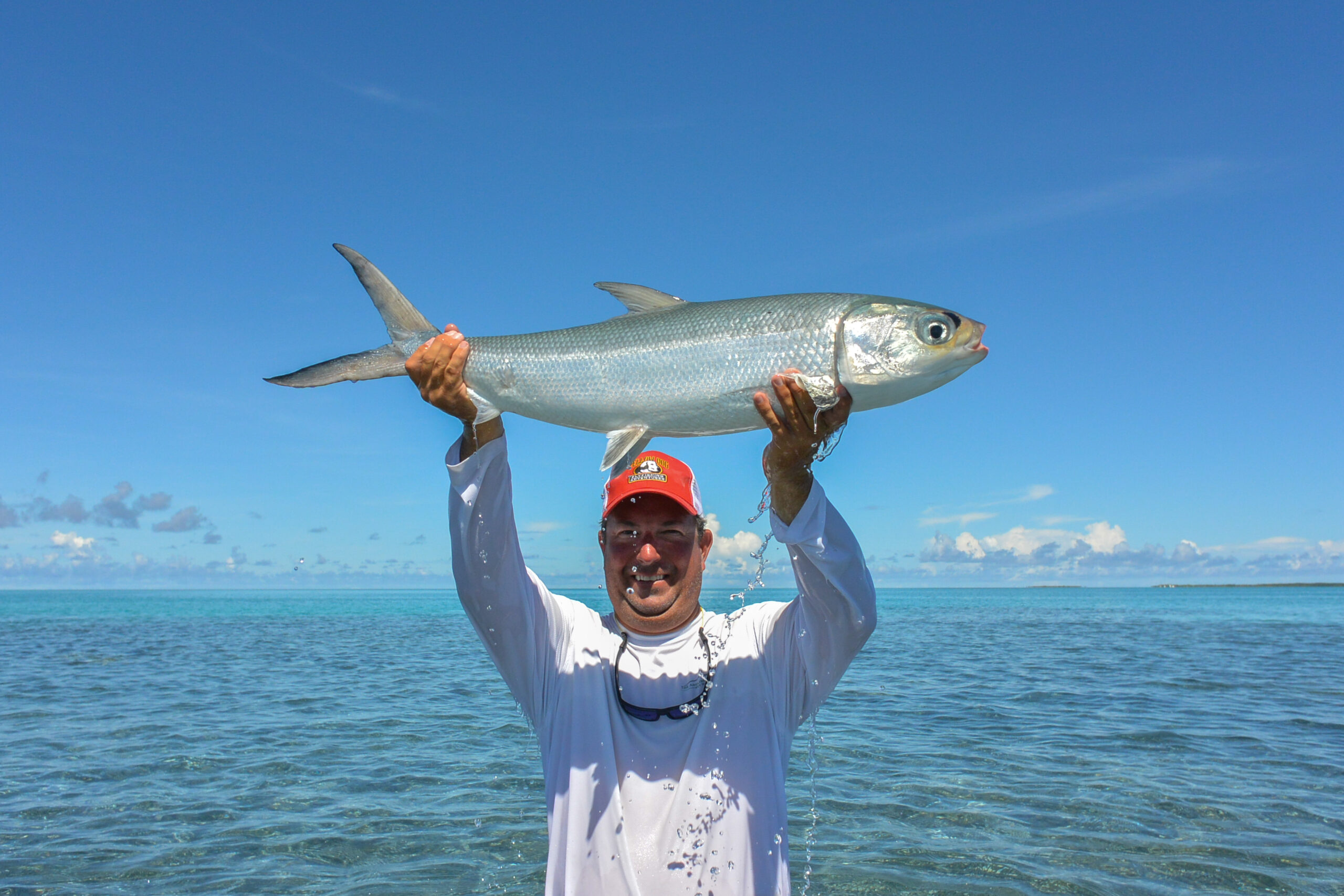 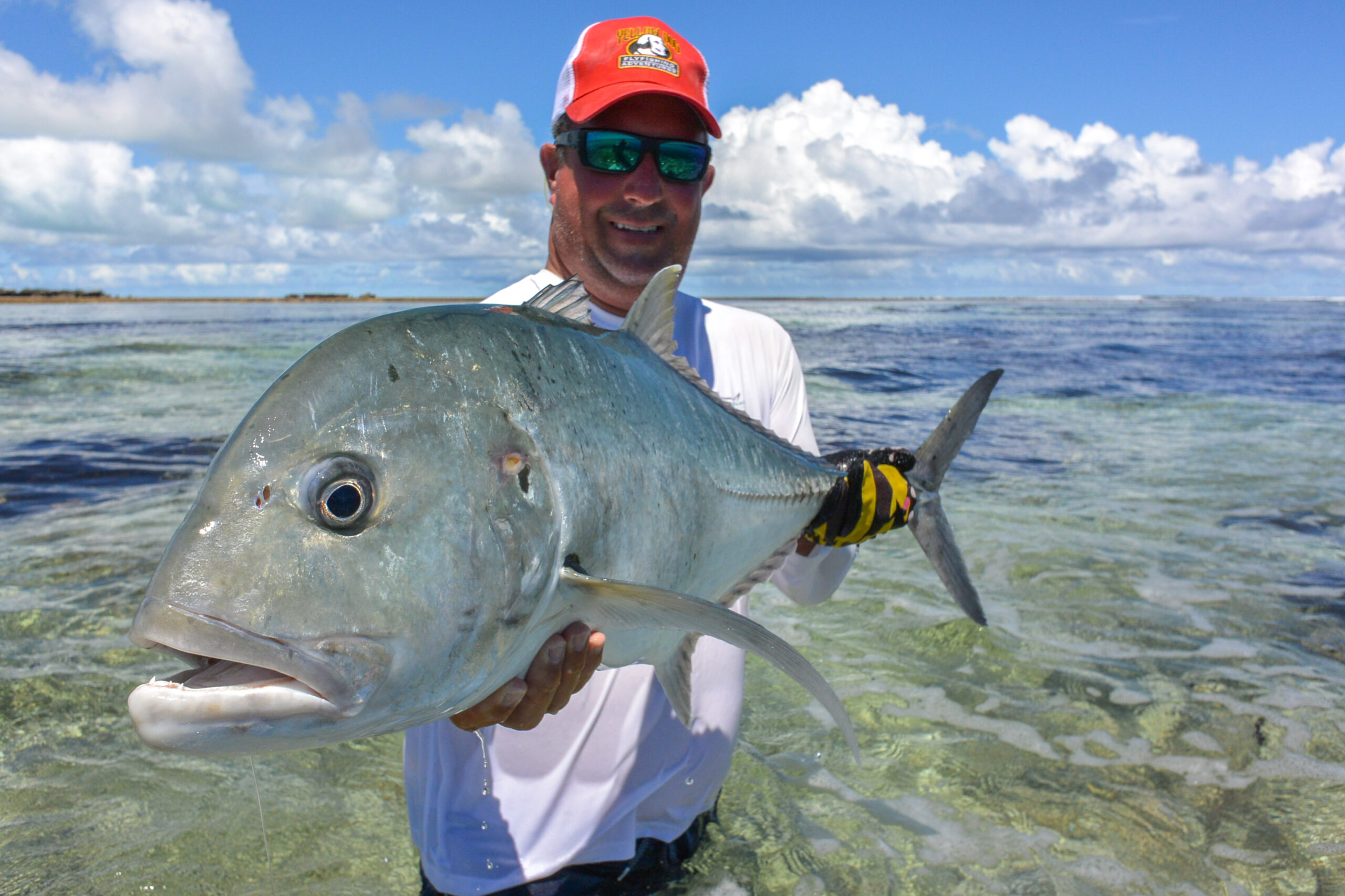 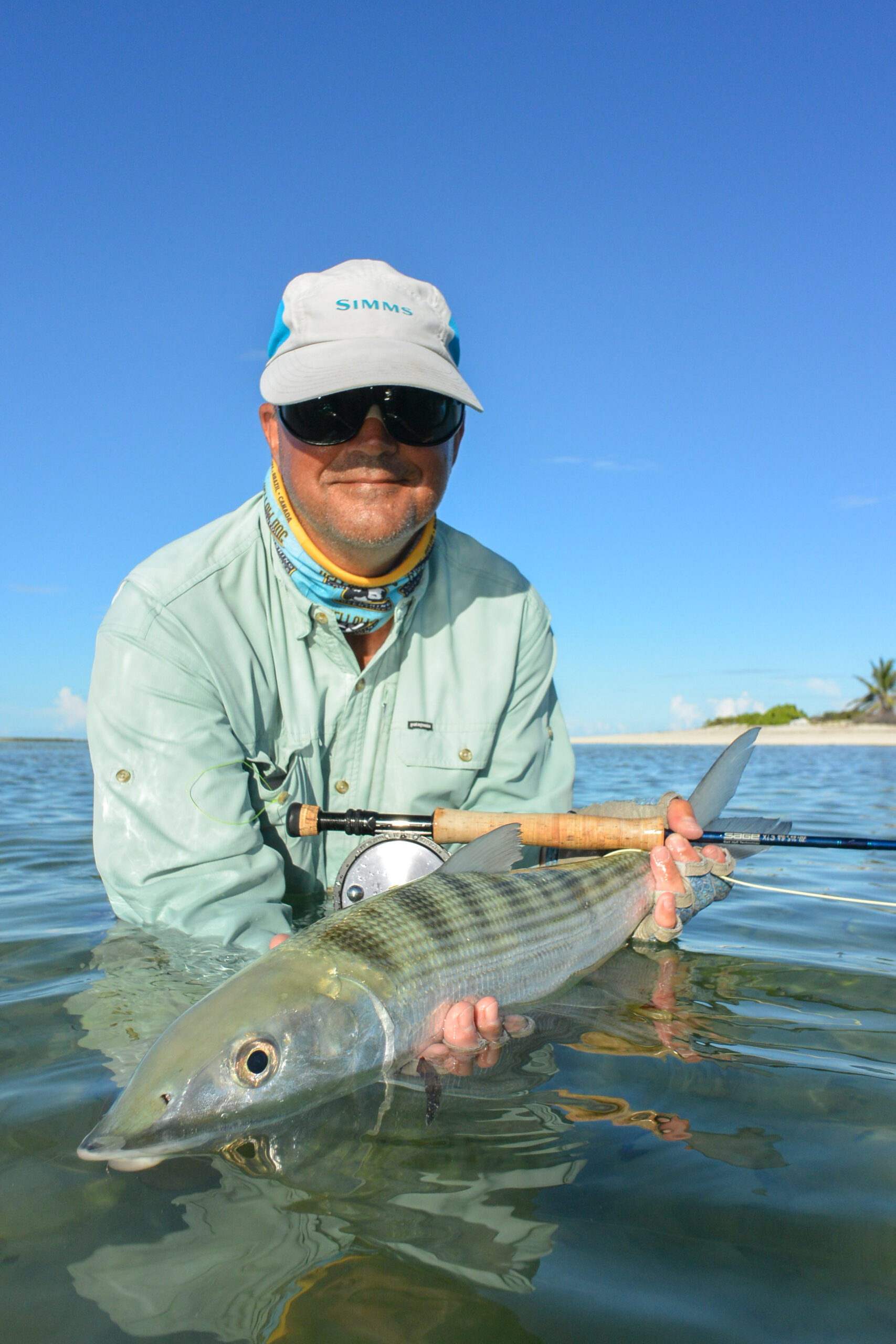