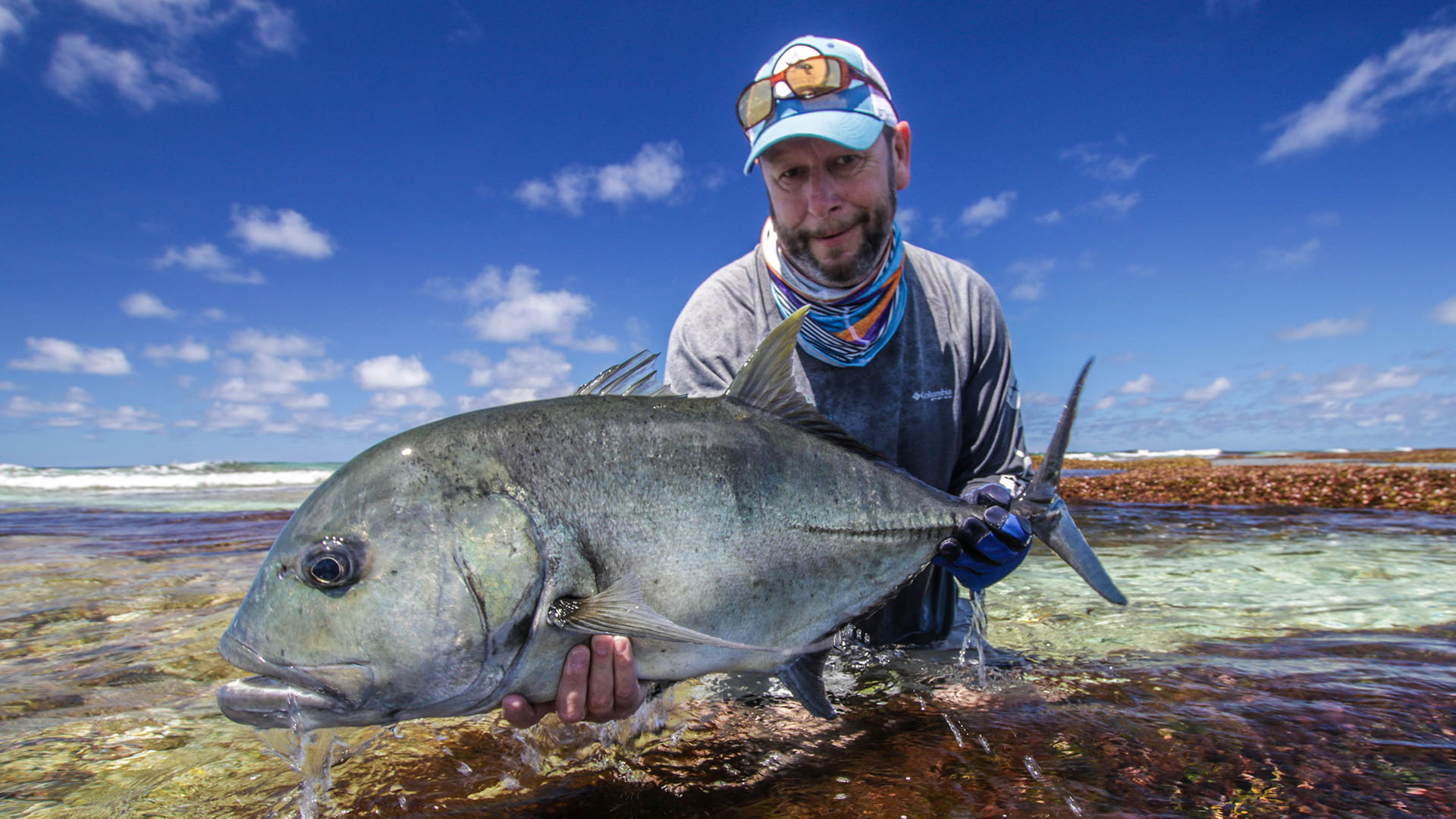 The last week of the month started with good weather and spring tides, only having eight guests on location made for an exciting week to come.

Chantal Chone going into her second week did very well with yet another huge yellowmargin triggerfish a few GTs and another special milkfish. We had first time visitors, Sandro Mediani and Matteo Boroli, and the atoll didn’t disappoint. They ticked all the boxes they wanted and caught some magical fish.

One day in particular stood out for Matteo when he managed a 95 cm GT, a moustache triggerfish, a milkfish and a 108 cm barracuda. Sando on the following day caught his personal best GT which measured 115 cm. David Williams had a Flats Slam which included a 54 cm moustache triggerfish. Henrick Anderson was gifted a morning with the triggerfish where he hooked five and landed three, his fishing partner Dan Christensen ended with two triggerfish, two bonefish and a GT on the same day. It would seem Dan’s luck continued from the previous day, landing a 117cm GT.

Tapani Henriksson also finished the week with a milkfish, triggerfish and multiple GTs under his belt. The fish of the week was landed by a friend and long standing guest of Cosmoledo, Vadim Titovets. The last day of the week Vadim and his guide were on the hunt for a big fish and the fish were found! Twice he was reefed but eventually on the third cast the catch was landed, a 130 cm giant trevally!!

The fishing was certainly amazing for the week with a variety of target species being landed and many personal bests broken.

from the Alphonse fishing Co. team on Cosmoledo Atoll 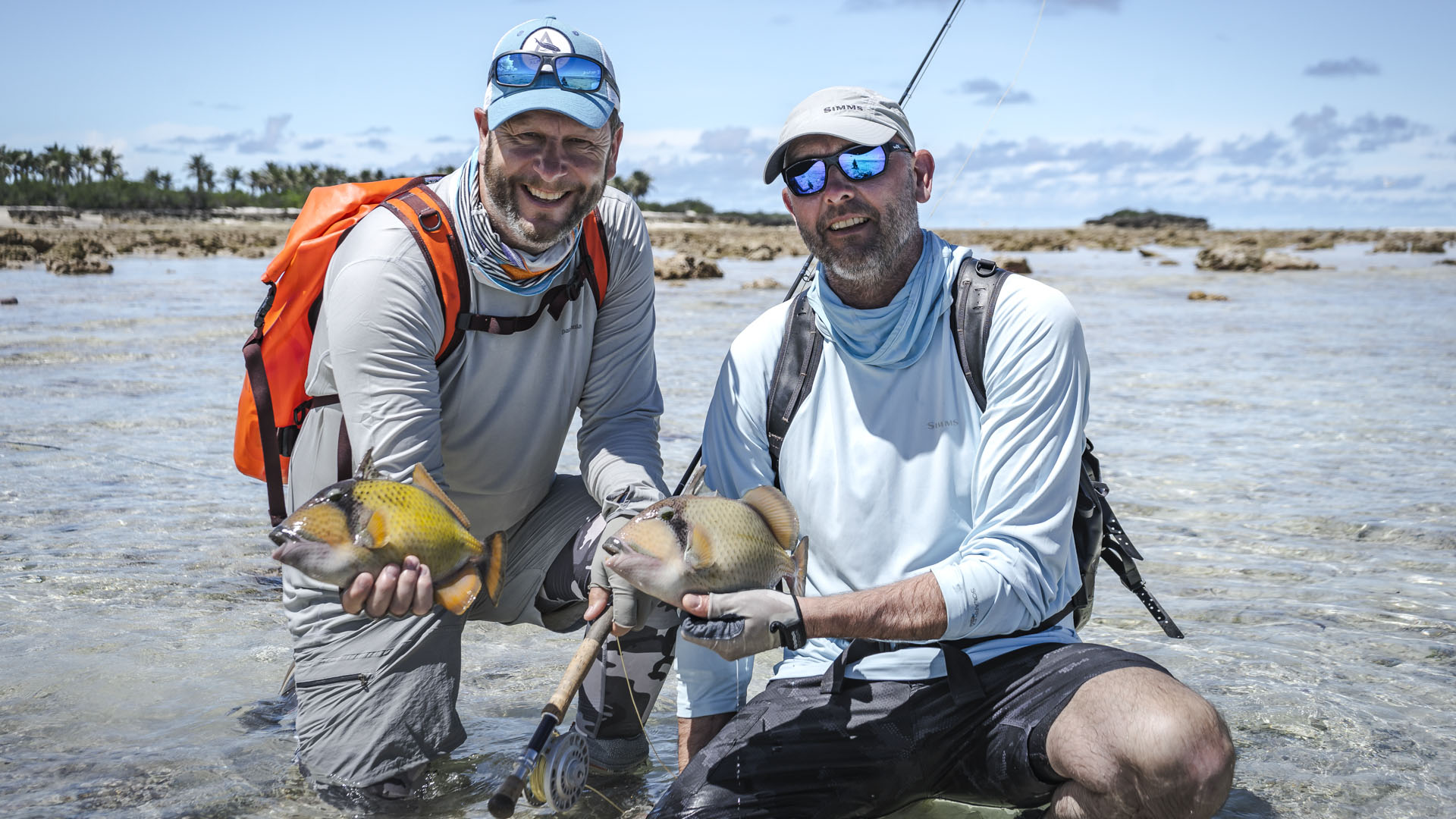 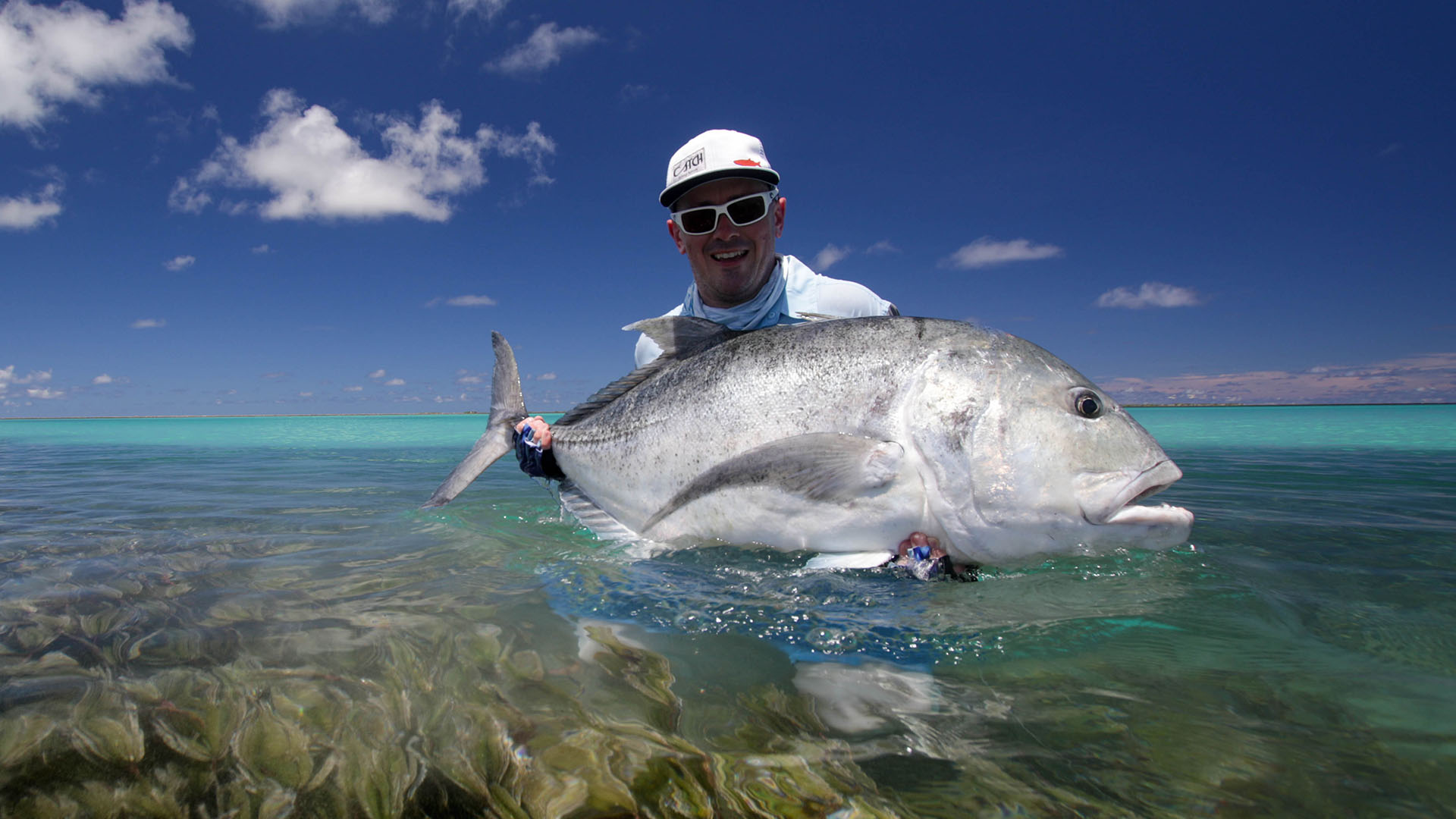 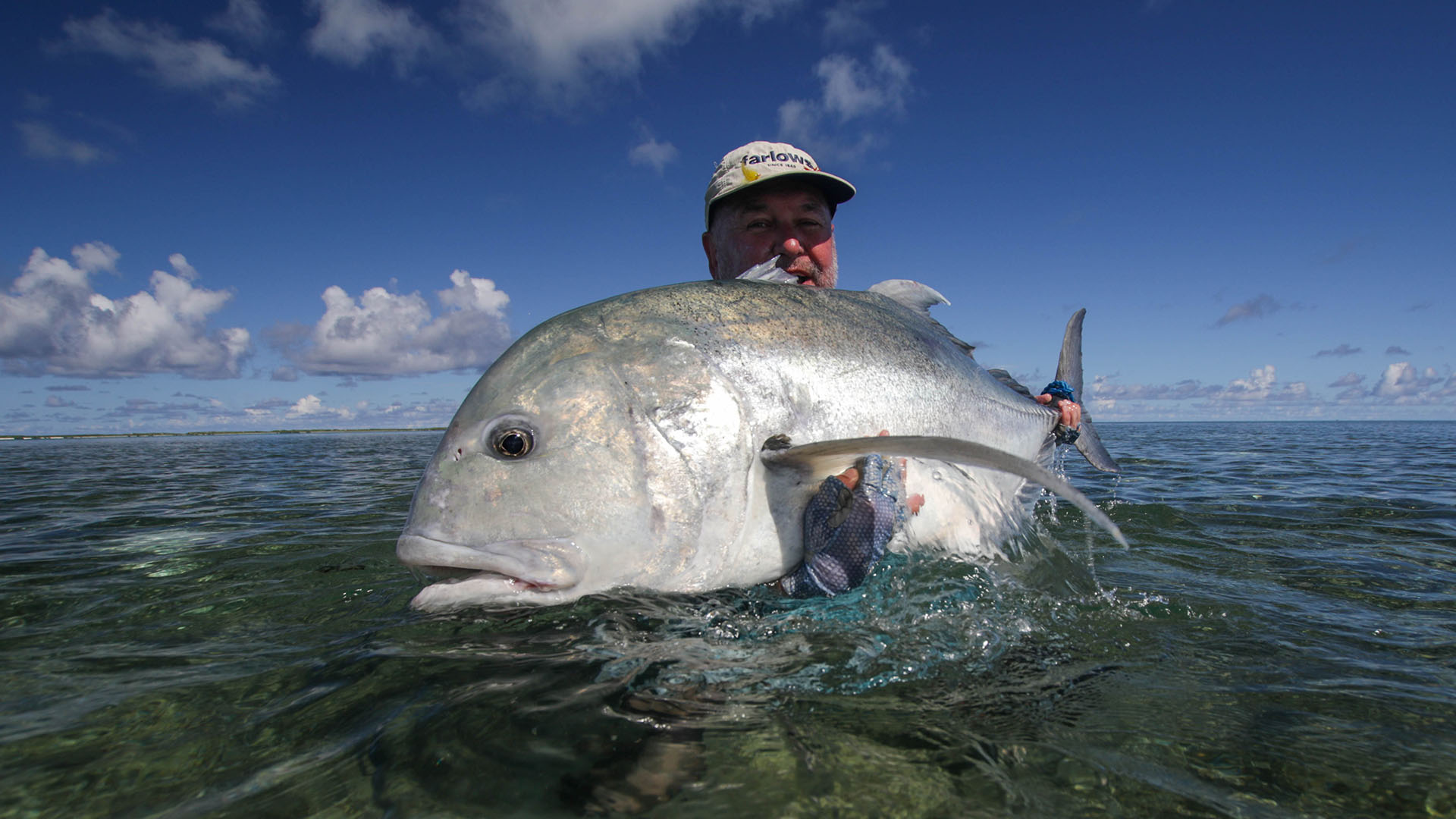 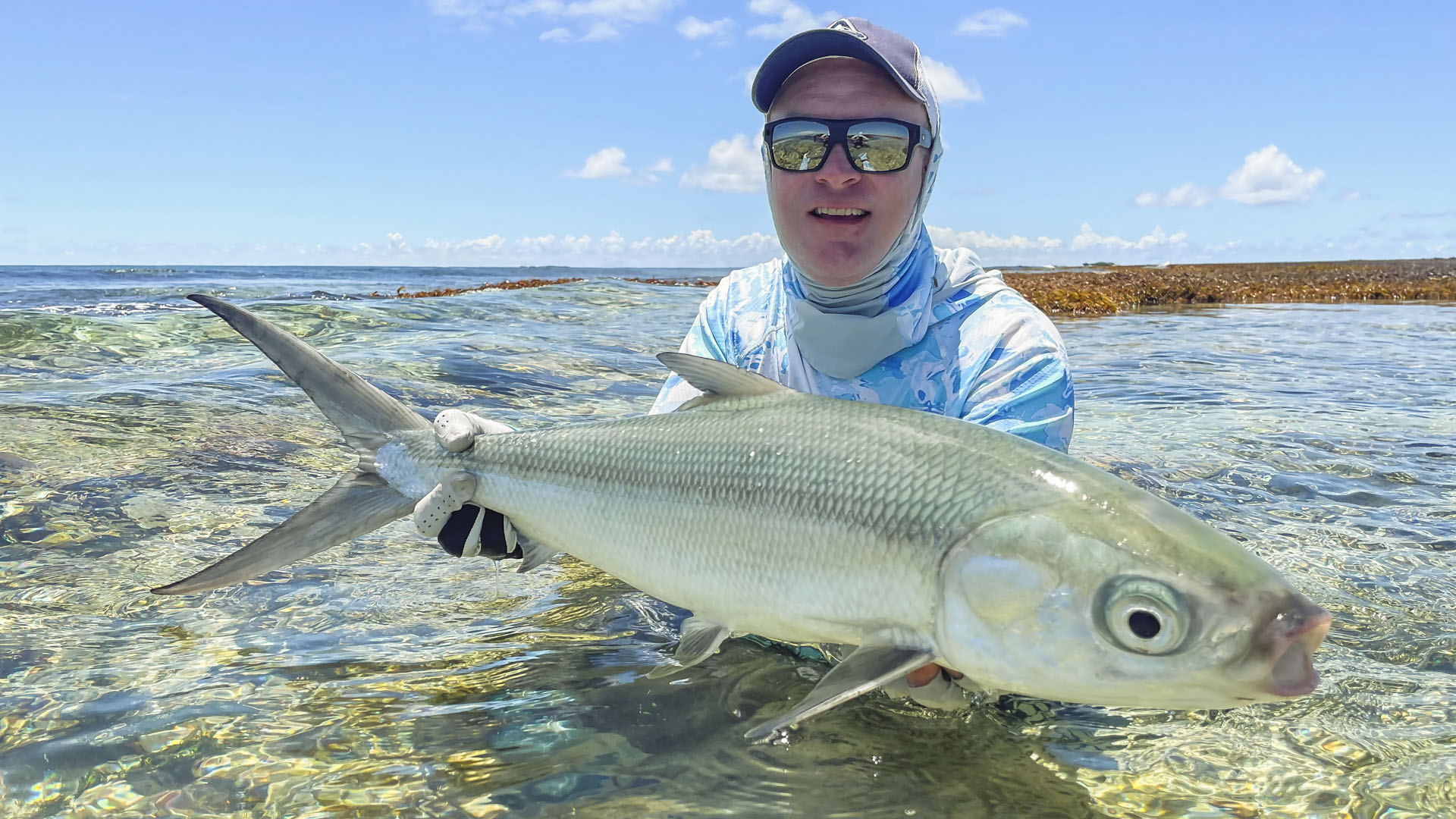 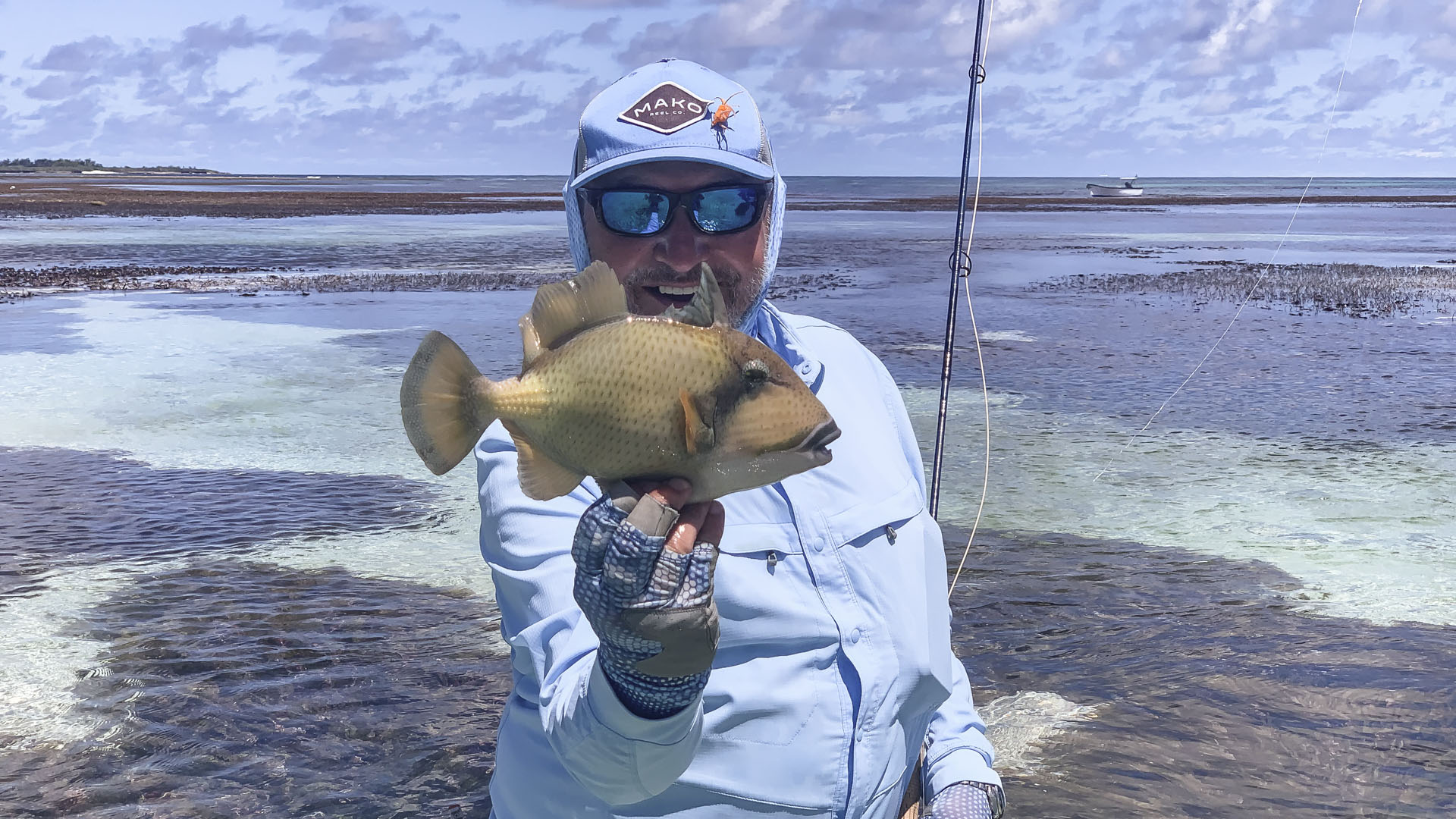 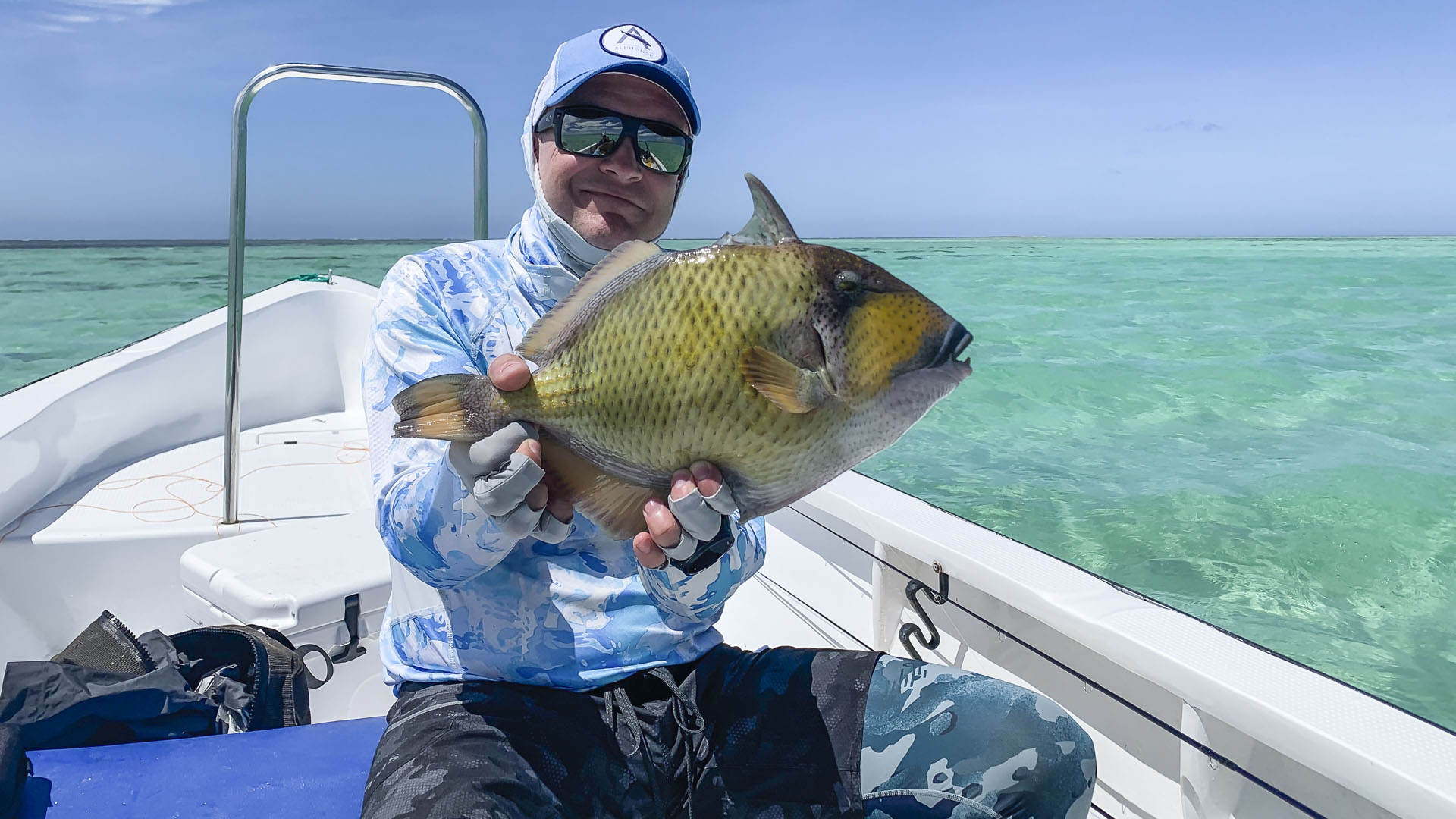