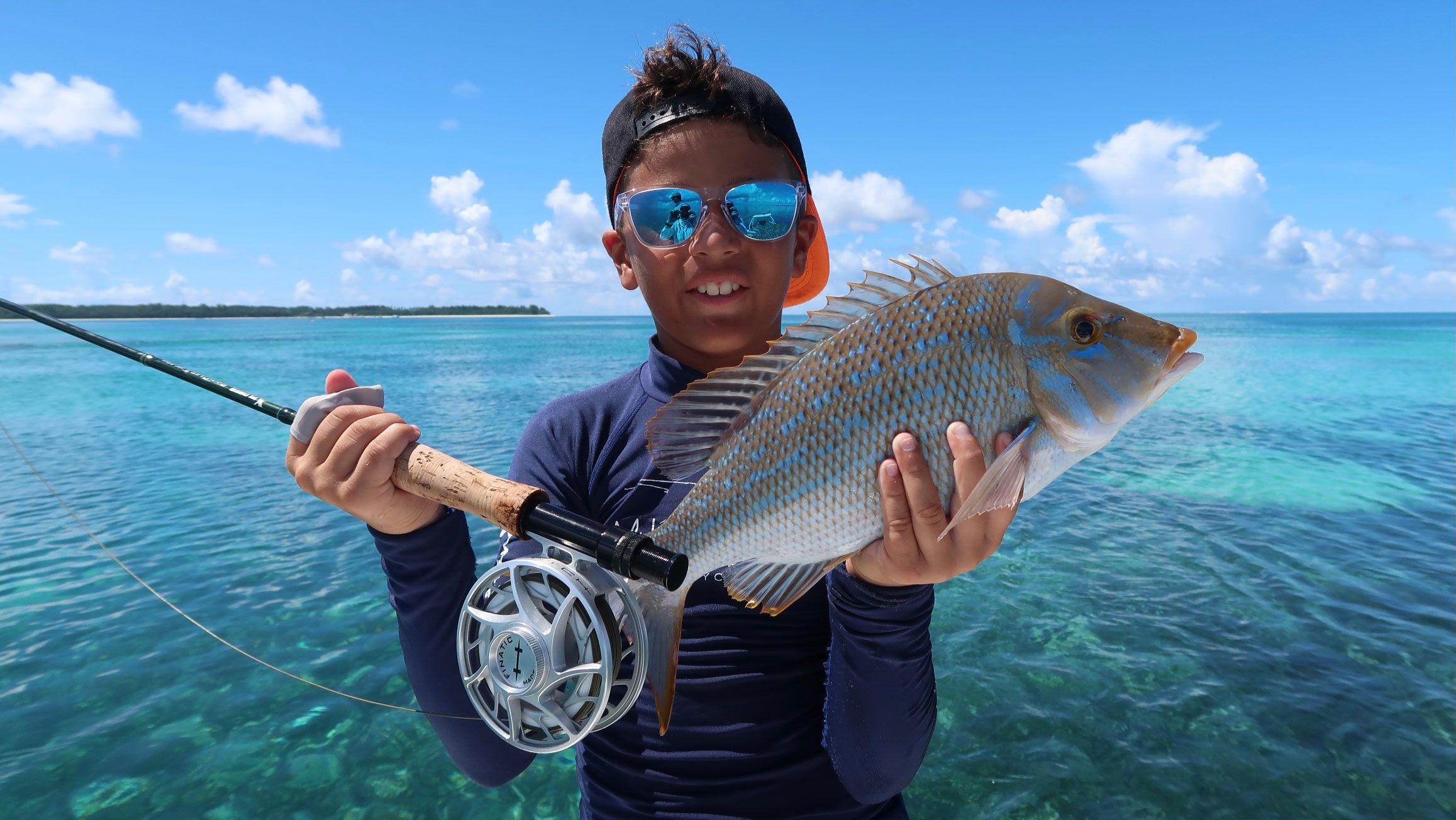 Anglers were treated this week to fantastic weather and brilliant tides. Alphonse was host to a small handful of guests this week who thoroughly enjoyed the fishing. The tides transitioned into a full moon spring tide allowing anglers to walk the surf line for most of the week.

We were lucky to be joined by Buck Ryan a seasoned Alaskan fly-fishing guide. Buck had some bad luck losing fish over the week but did manage to land a fantastic 55 cm moustache triggerfish while on a surf walk and then went on to top his week off landing a beautiful 30 cm permit on the last day of his week.

Duncan Laird joined us for his very first flats fishing experience. Duncan did extremely well for his first time. He started his week off by landing his first bonefish and topped the day off by landing a monster 60 cm bonefish. Duncan was keen to land his first GT and spent most of the week hunting GTs in between the bonefishing. On day three Duncan finally went tight on a GT while popping behind the waves. After much perseverance, Duncan managed to land a wonderful 77 cm GT.

The bonefish were out in full force over the week, with a total of 72 bonefish being landed over the week between a small group of anglers with the largest bone measuring 60 cm.
The bluewater fishing was also performing this week with Greg Lysak managing to land three sailfish on one day as well as one wahoo and then ended the week with another sailfish. Rod Thorrington managed to end his week off with a bang. Rod fished a half-day on the flats and then jumped on our bluewater boat in the afternoon and landed a wahoo and a sailfish.

from the Alphonse Fishing Co team 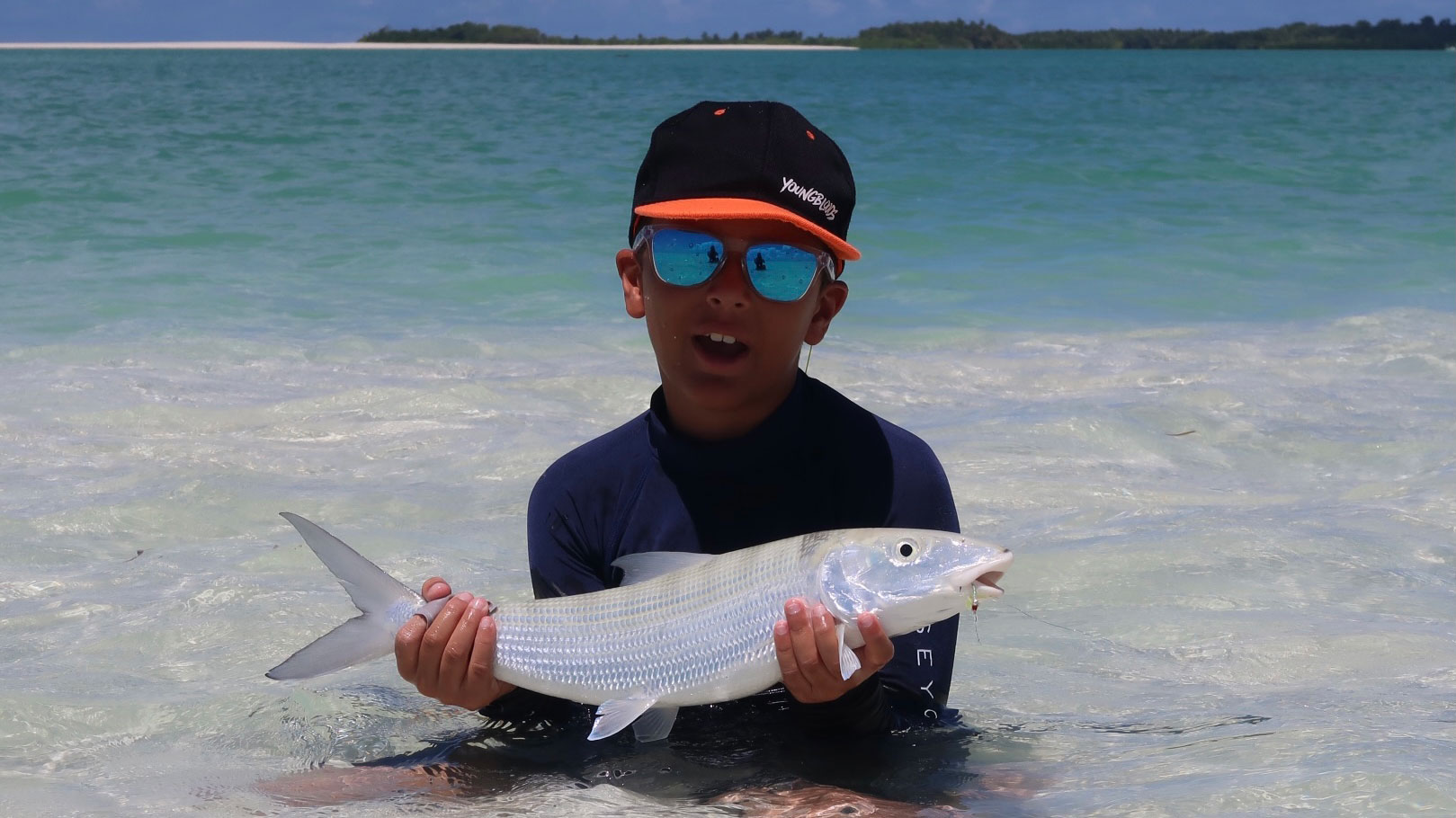 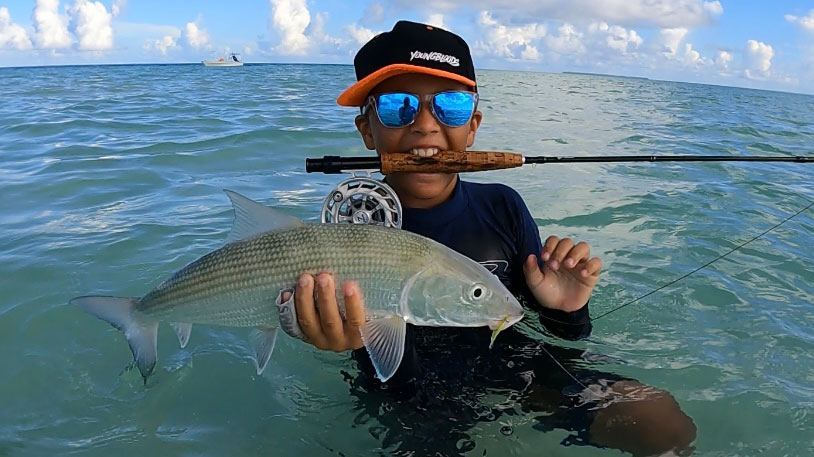 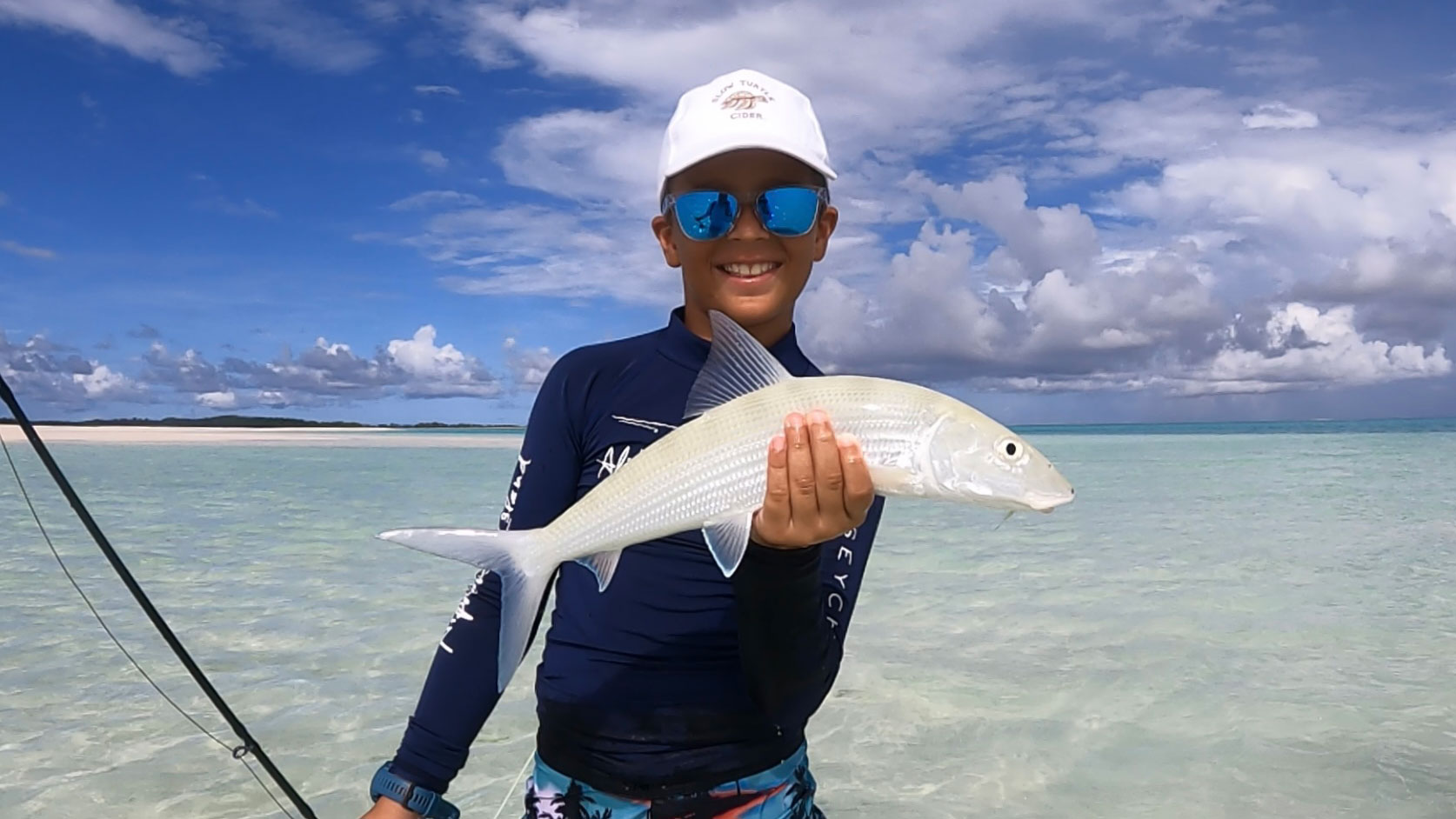