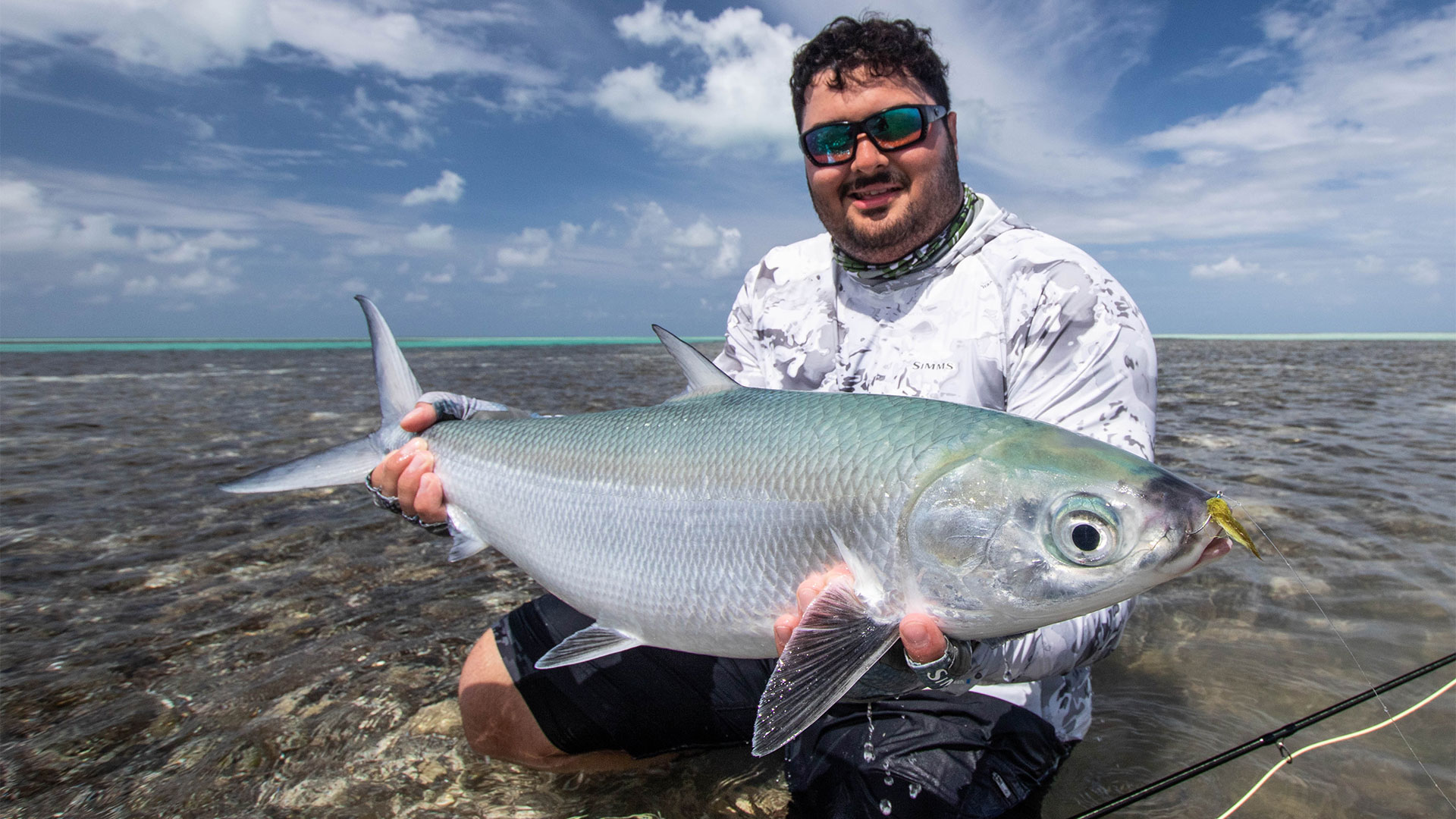 With Nick Bowles, Matt Born, Mark Taylor, David Anchell and Spencer Kennedy staying on for another week, they all hit the ground running as by now they were nicely dialled into the flats. Joining them were two other anglers, Ralph Cummings and Mohammed Al Flaour.

This was Mohammed’s first trip to Seychelles so he had a lot of firsts to tick off. It didn’t take long before he landed his first GT and bonefish. From there on he consistently boated a variety of fish. His highlight, however, was when he managed a Flats Slam by landing a bonefish, GT and a milkfish that were feeding up high on the flats. Mohammed’s boat partner that day, Matt, also managed the same slam. Sadly, Matt lost a really big fish late one afternoon as all pandemonium broke out with several huge fish all congregating under the skiff at once.

David had a 45-minute fight with a milkfish which he also managed to convert into a Flats Slam consisting of a milkfish, GT and bonefish. He also managed the only triggerfish of the week, a yellowmargin trigger. Ralph and Spencer managed a decent number GTs together with some impressive bonefish throughout the week.

Mark (aka one metre Mark) continued to land big fish. He ended up a 101 cm GT and together with his 118 cm and his 113 cm from the previous week made this an unforgettable trip.

Sadly, Nick had some encounters with some monstrous GTs that didn’t end the way he wanted them to. The first was when he hooked into a giant GT, estimated to be in the region of 120 cm + but unfortunately this ended in his fly line snapping. The other occasion was when an even bigger GT rushed to his fly but sadly turned away at the last second. Both experiences will haunt him and the respective guides for some time to come.

At the end of the week, the weather turned, as high winds and the majority cloud cover tested the abilities of the anglers. However, it was a great week as old friends were reunited and new friendships were made.

From the Alphonse Fishing Company on Cosmoledo 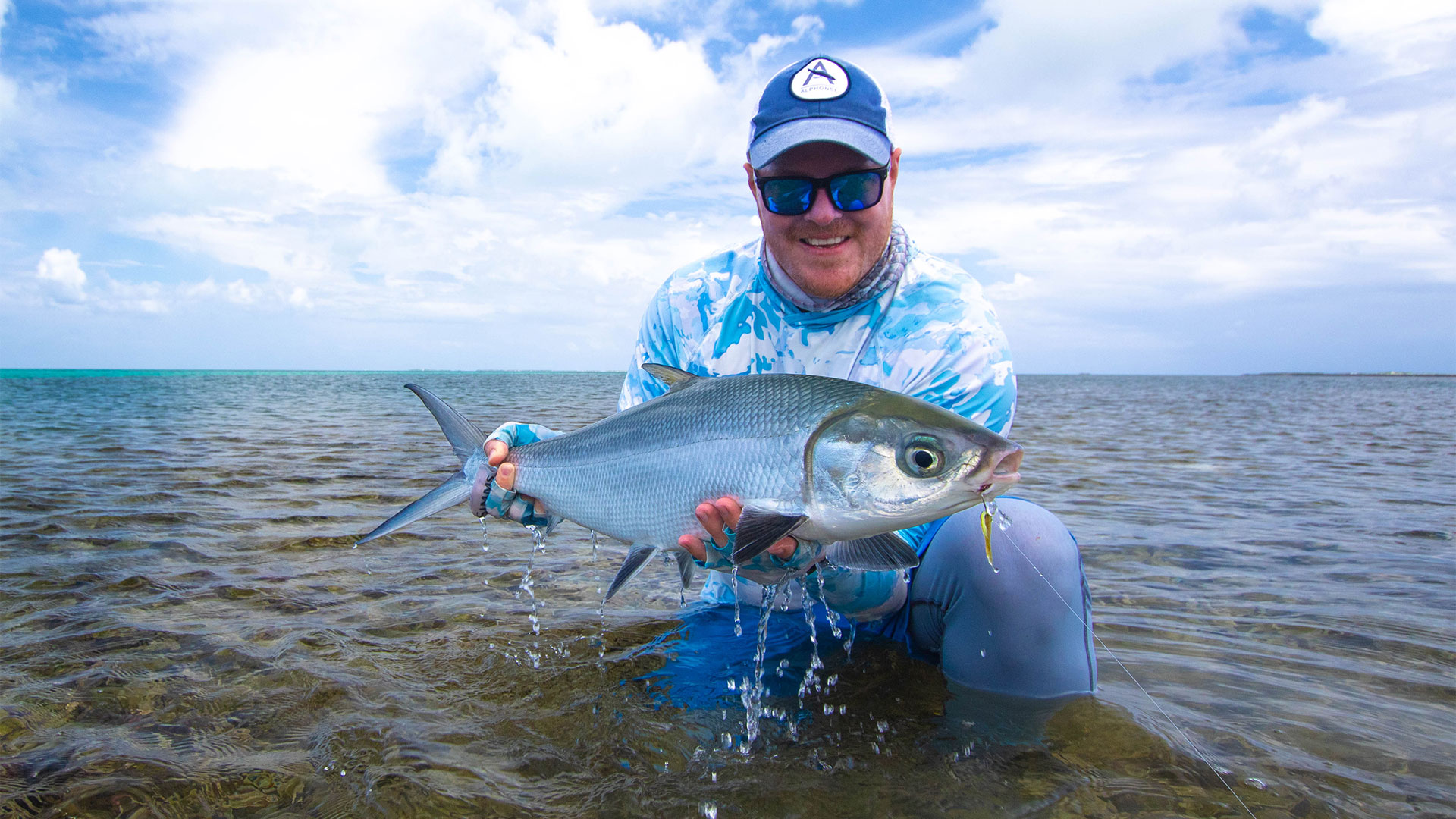 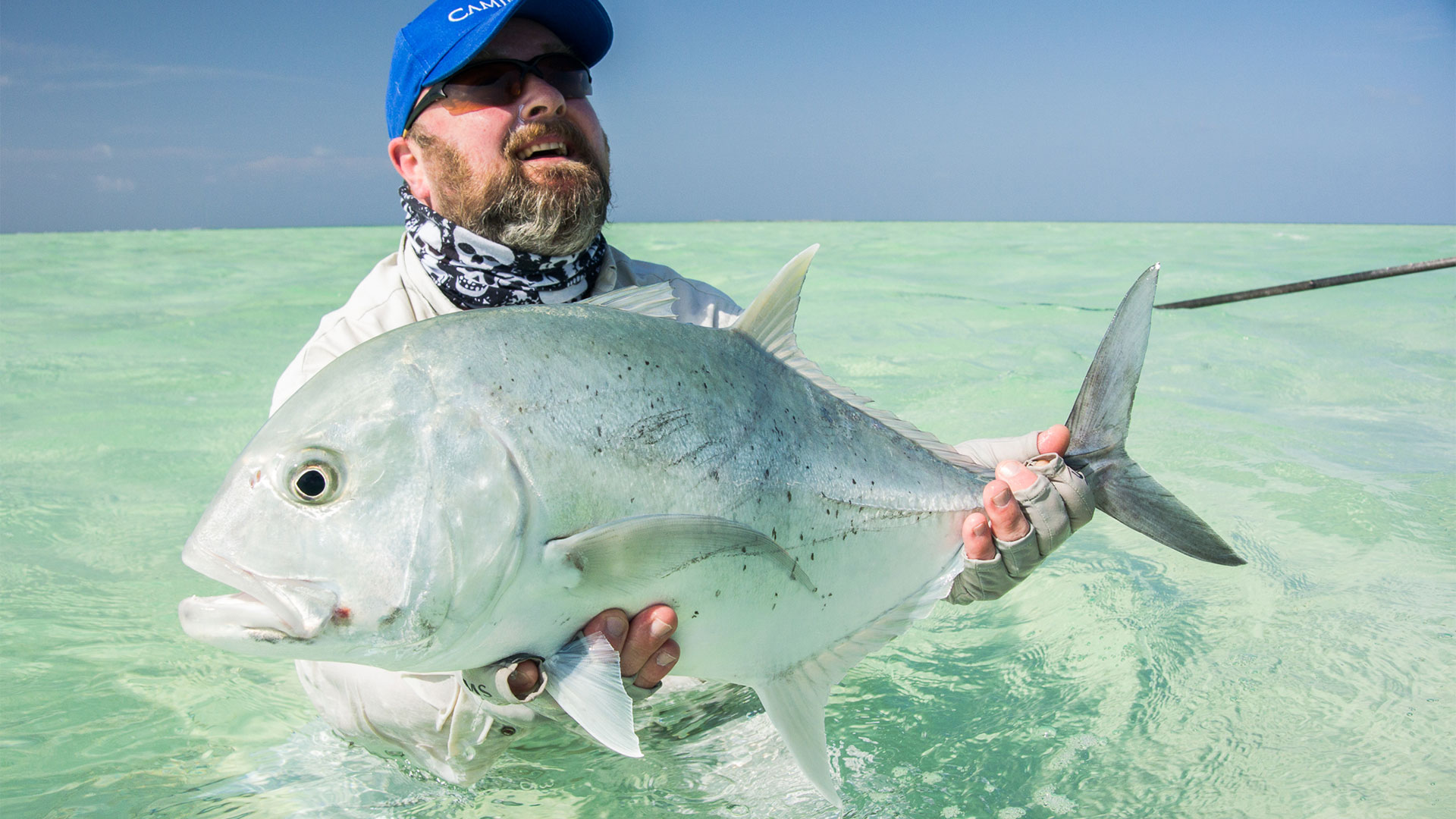 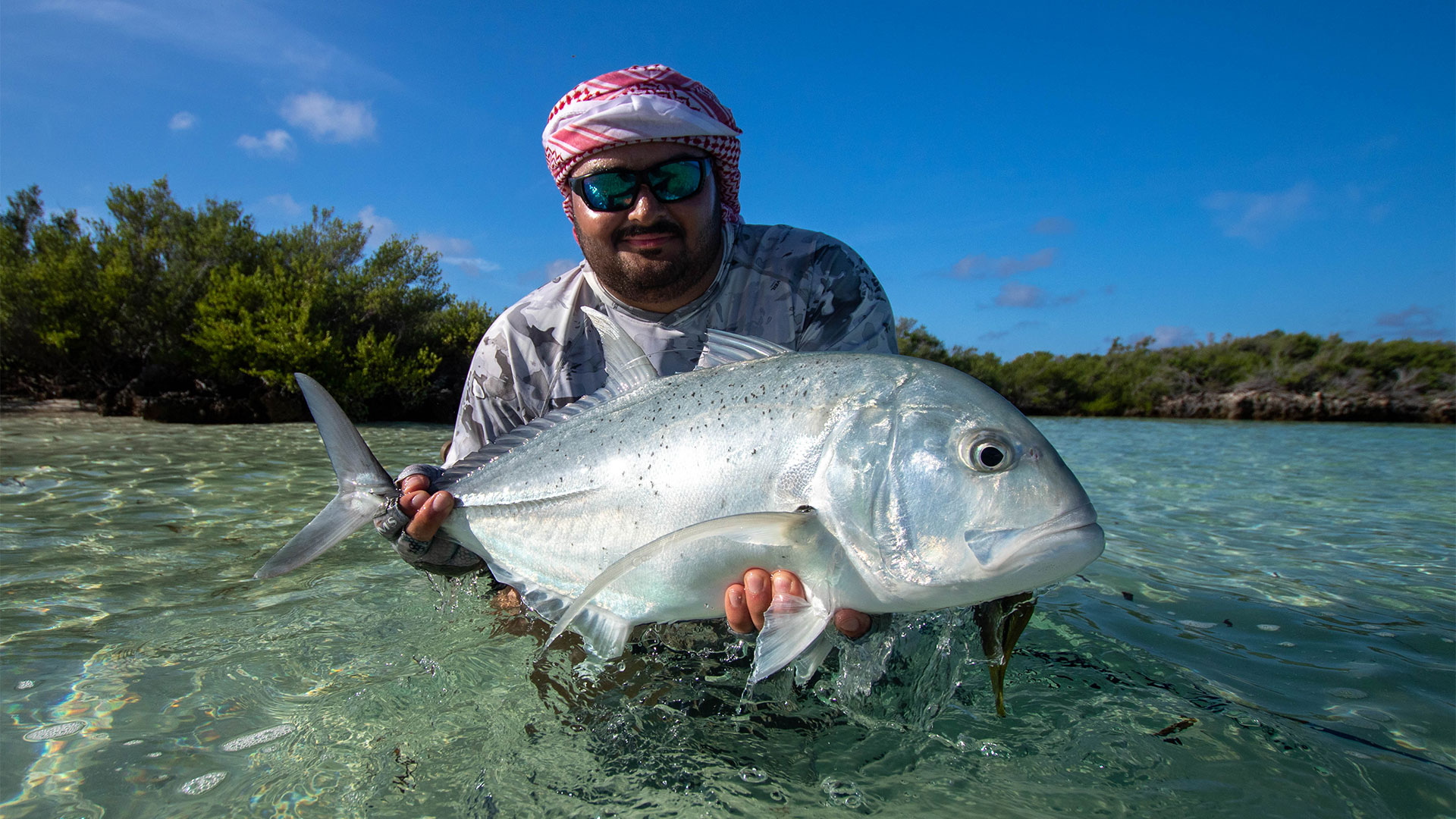 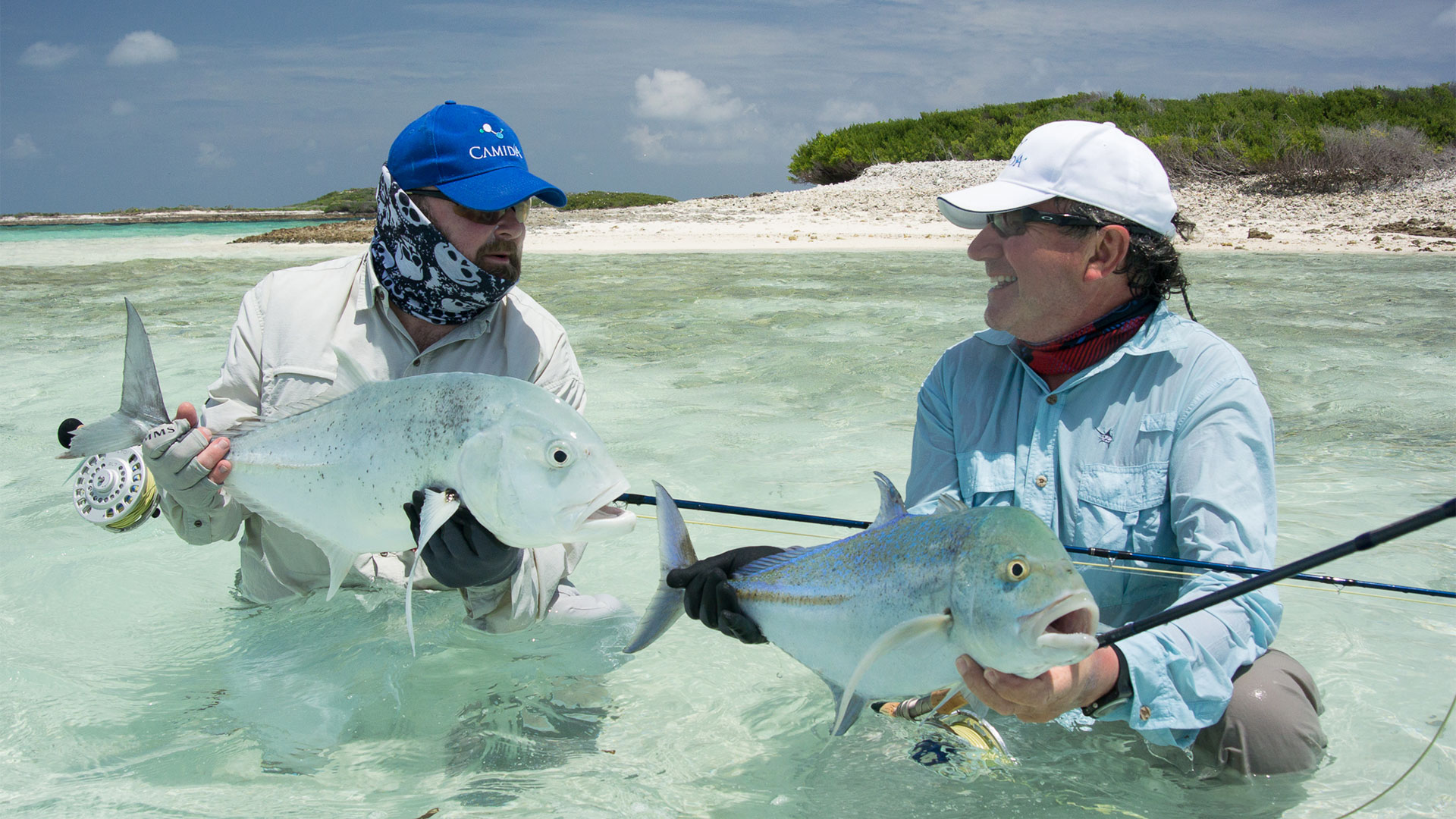 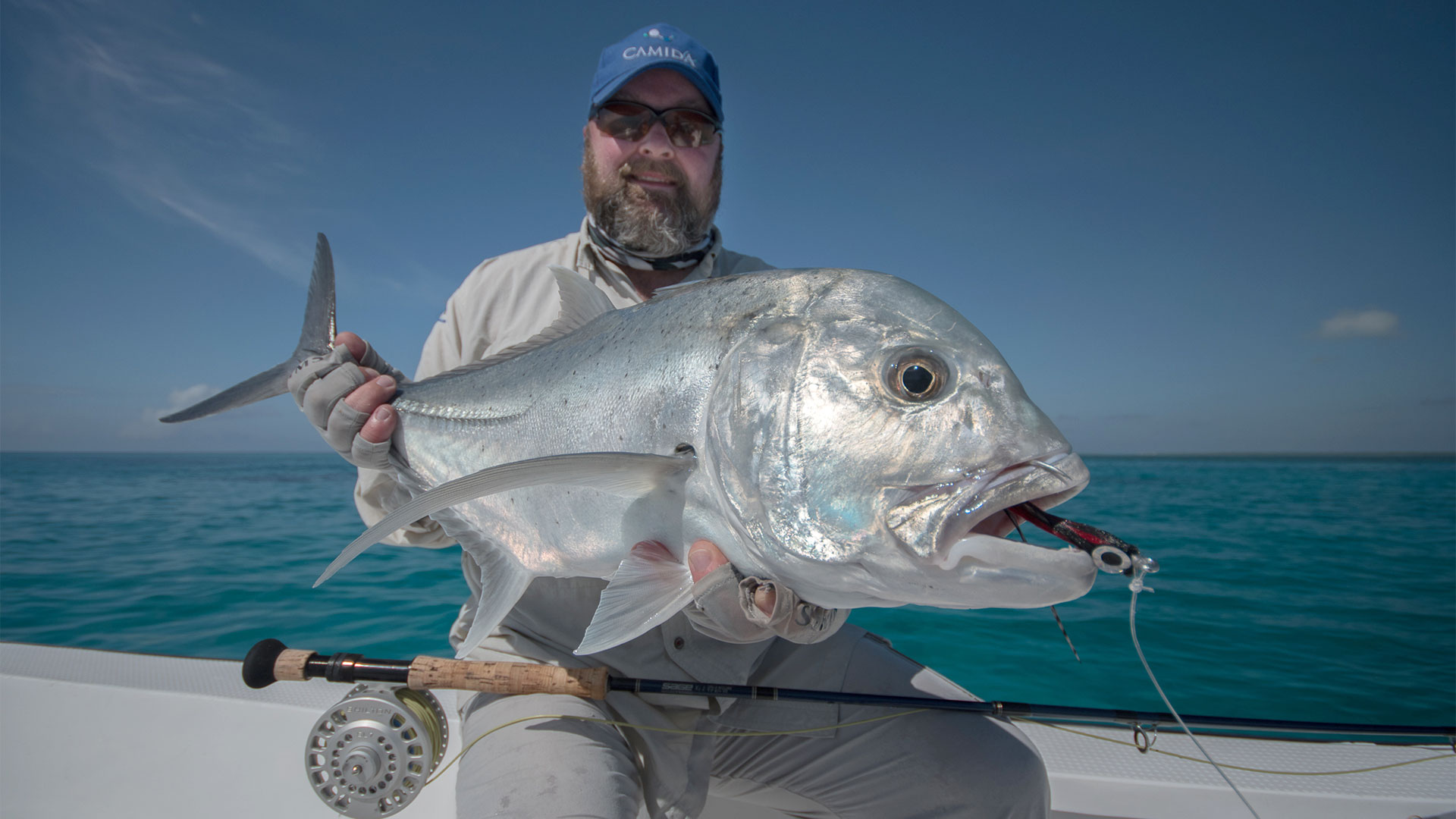