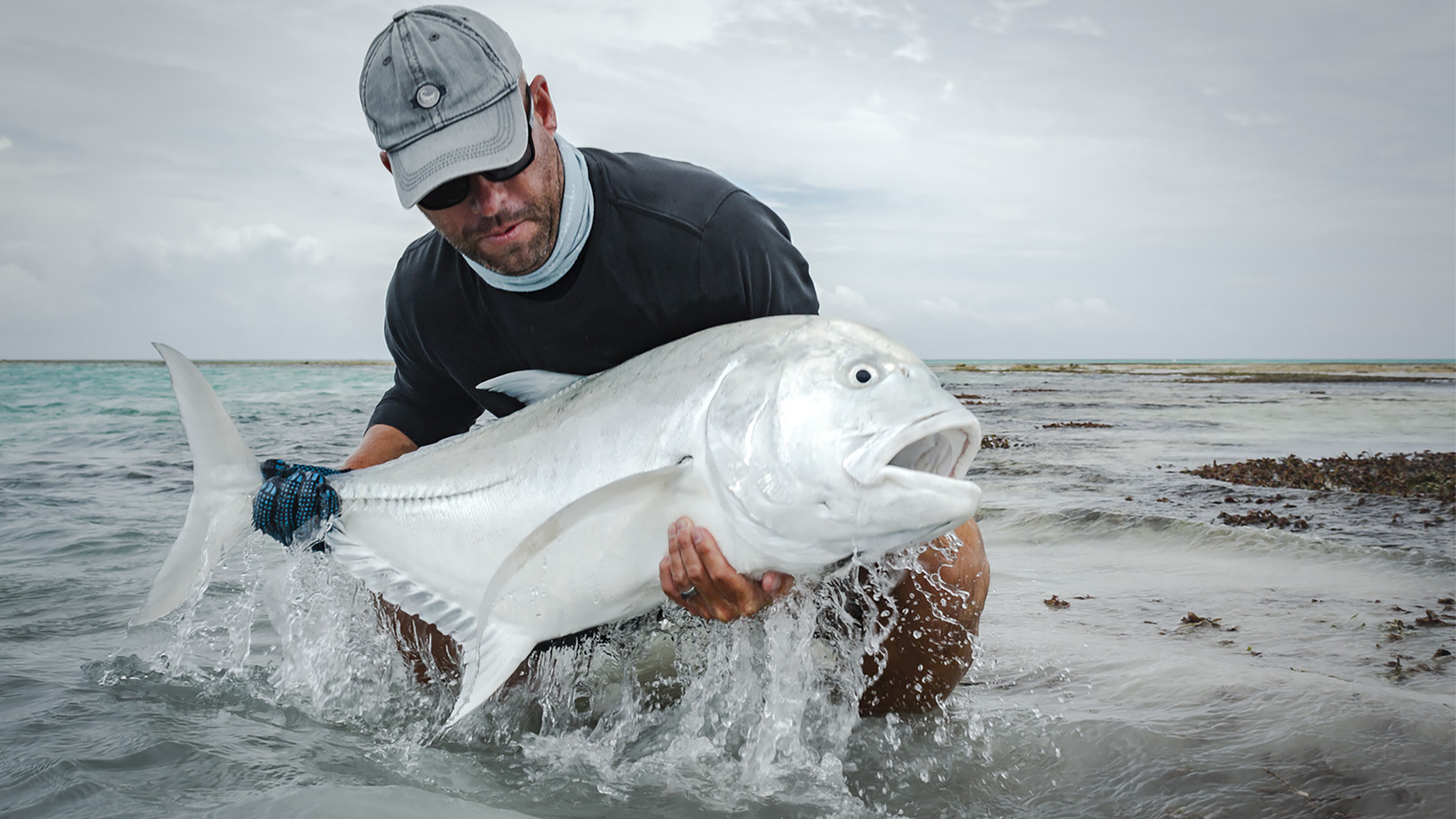 With fewer guests on the island, the fishing around St Francois and Alphonse Atolls has been absolutely fantastic. After being widely discussed between the guides it has been decided that when there are fewer rods and boats on the water we are seeing bigger fish that behave in a less spooky manner and due to less pressure on the fishery over the past few weeks some amazing catches have been reported.

The weather has been up and down. A strong westerly wind has been blowing quite hard over the week with a few rainy gaps in between sunny days. Anglers were able to fish the full strength of the spring tide over the new moon phase which is generally the highest variation of tidal difference in any given month.

All anglers landed a great number of bonefish. Between a small handful of rods over 74 bonefish were landed with many around the 60 cm length mark weighing around 6 lbs. Murray Collins started his week off on a good note landing a beautiful 64 cm GT and the very next day landing two very well sized moustache triggerfish and a 59 cm GT on a spring tide surf walk. John, the Pilot, had a really brilliant day on Wednesday. John managed to land his personal best GT. John’s GT measured a whopping 100 cm putting this fish into the trophy category.

Wednesday was also a brilliant day for Nick Howarth, Nick went on a surf walk for a full day and managed to come home with a nicely sized 72 cm GT. The male anglers did well this week but as always it is always the girls that report the best catches. Kate Howarth has spent a number of weeks on the island improving her angling skills. Kate started off casting a 7 wt at bonefish and has now upgraded to a 9 and 10 wt and is now after a much bigger quarry. Kate had the goal of landing her very first bluefin trevally and after spending a few hours on the hunt, Kate finally achieved her goal and landed a huge bluefin trevally followed by five other species of fish such as boha snapper, a massive hump-head snapper and countless species of grouper. A massive congratulations to Kate Howarth for putting in all the effort and improving so much. A GT and permit are next on the cards for Kate.

Lily Collins experienced her best day on the flats ever joined by her twin sister Mia. Lily and Mia spent some time casting on the famous milky-way channel. Lily managed to hook into and land a massive 97 cm GT. Lilly is only 14 years old and managed to land the fish all on her own. Congratulations Lily and Mia.

from the Alphonse Fishing Co. on Alphonse 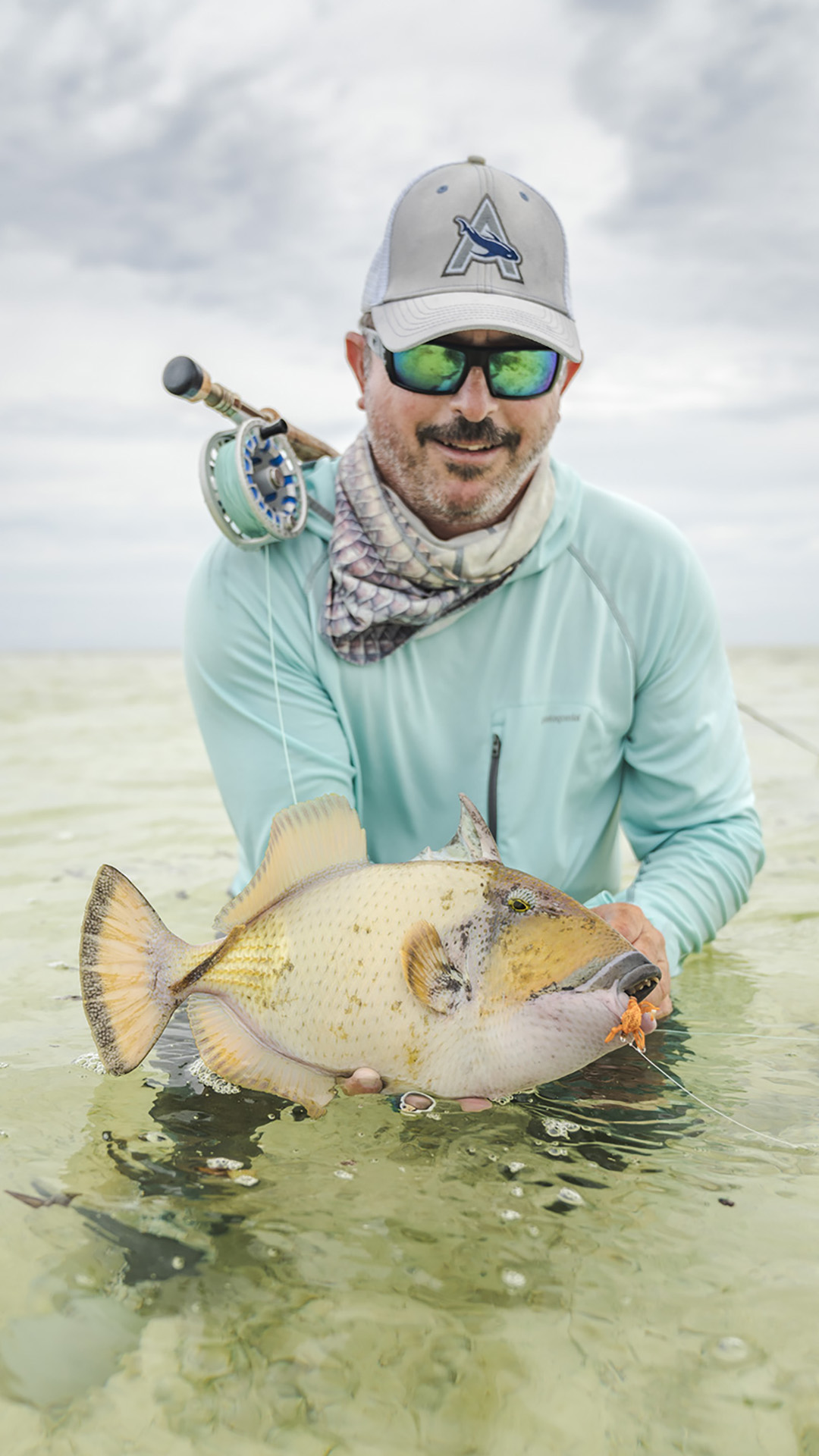 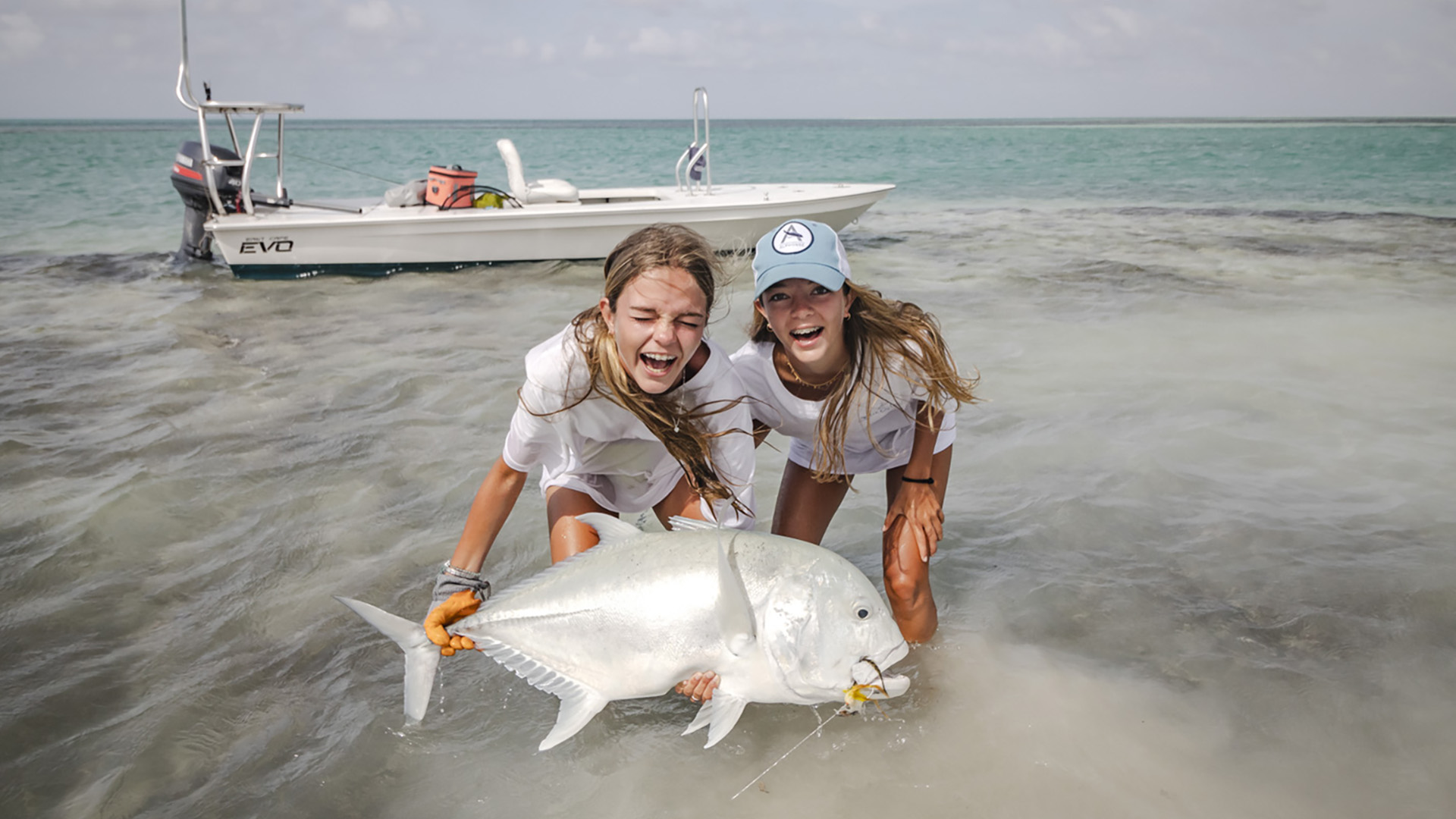