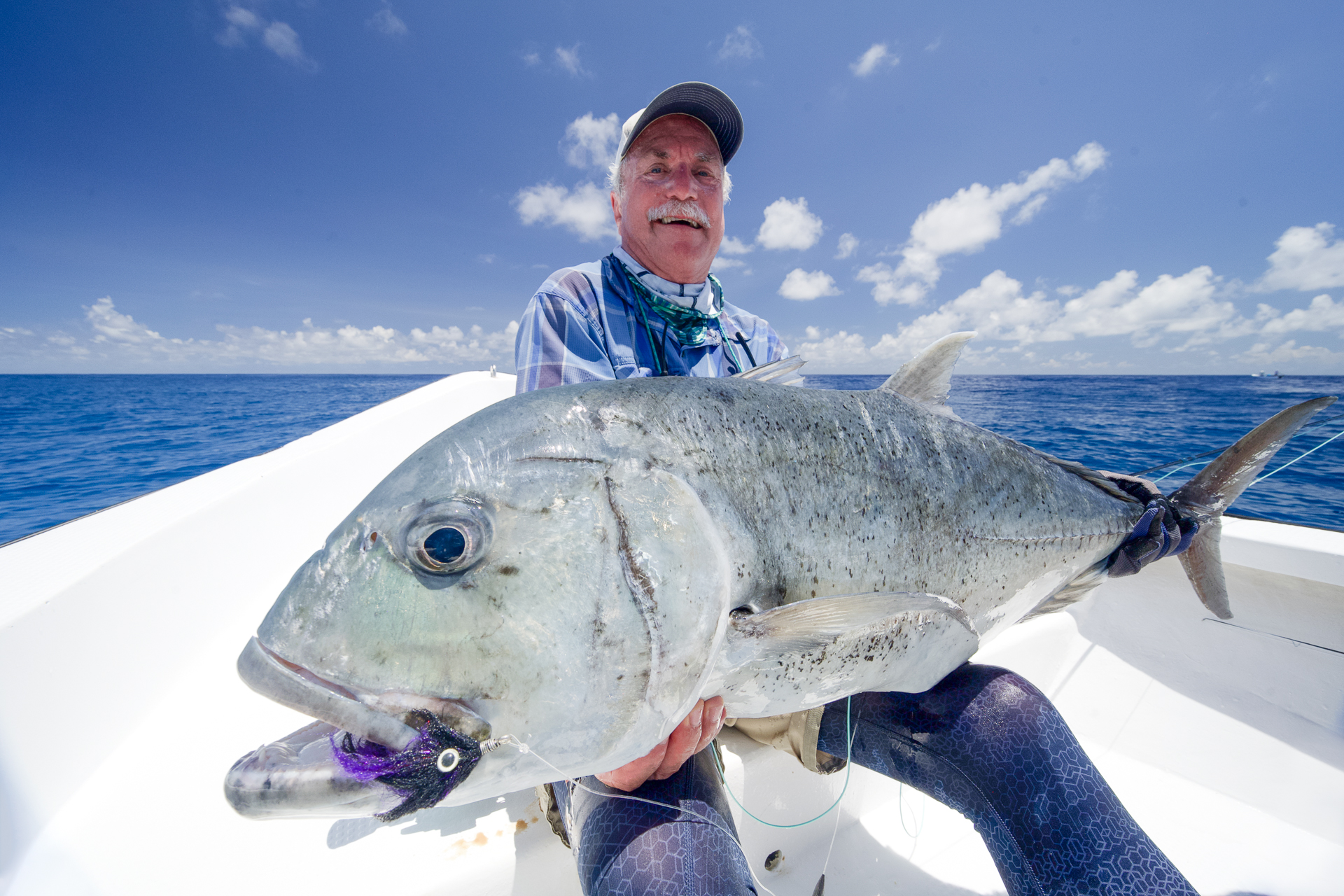 The week started with neap tides and slowly headed towards springs as the end of the week approached. GT fishing in the deeper water off the edges of the atoll was quite special this week with large numbers caught when the sea conditions allowed. The bonefishing this week was also an absolute treat and something we know the anglers will remember, a total of 127 bonefish were caught for the week, all significant in size.

Ian Davis left his mark on Cosmo, he is also an incredible artist and drew on everything from old motor props to shells. His fishing was decent too and he had the highest tally of flats-caught GTs to his name at the week’s end with four on the charts. On his last day fishing, he also managed a slam consisting of a 57 cm permit, a GT and a bonefish. Well done Ian!

Dick Ludington had an amazing week catching some special fish. Not only did he catch three GTs and 10 bonefish for the week he managed to catch a napoleon wrasse well over the meter mark, a special fish in anyone’s book.

Roger Knight was the GT and bonefish king for the week catching most of both species with 24 bonefish and 10 GTs, the largest measuring in at 92 cm. 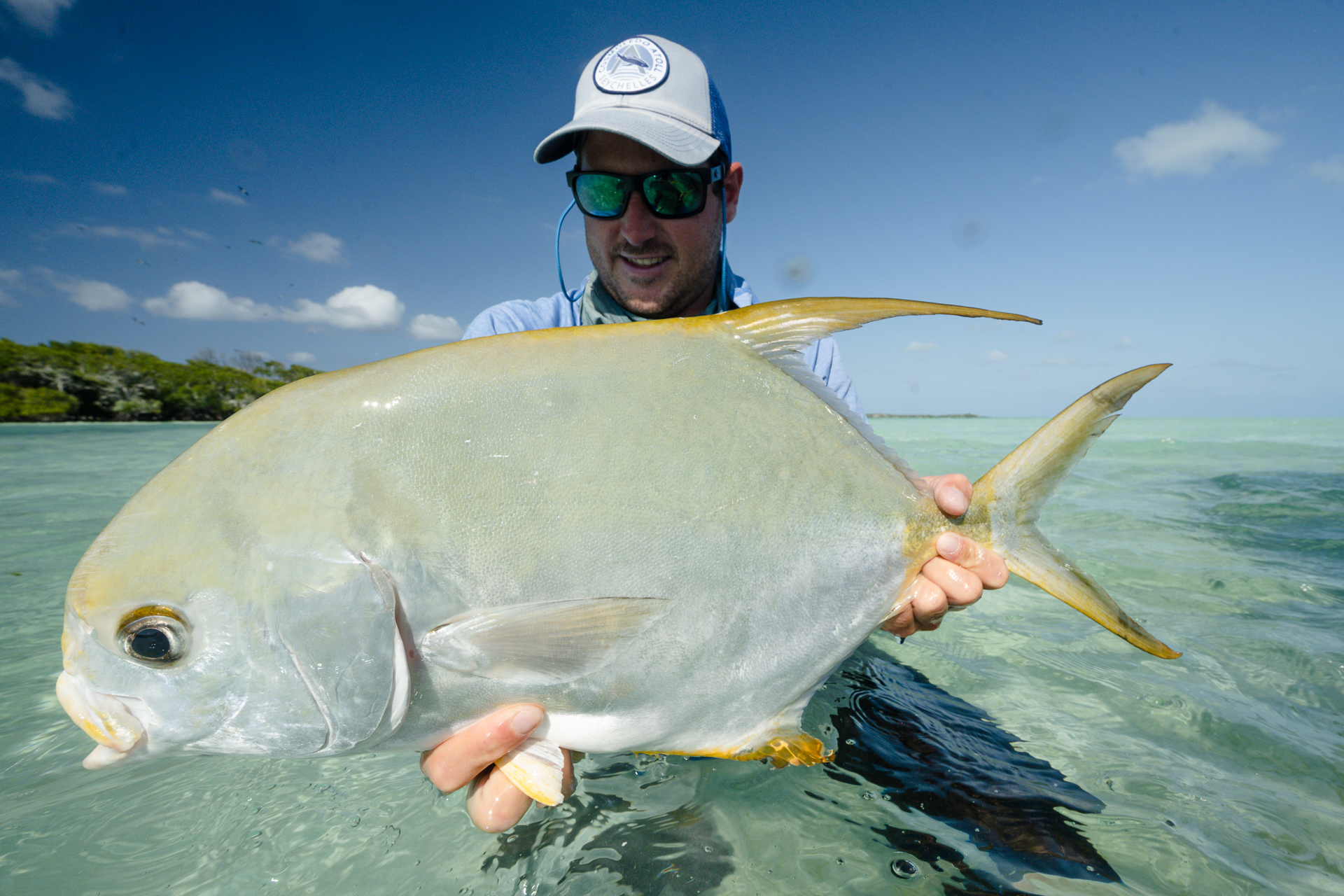 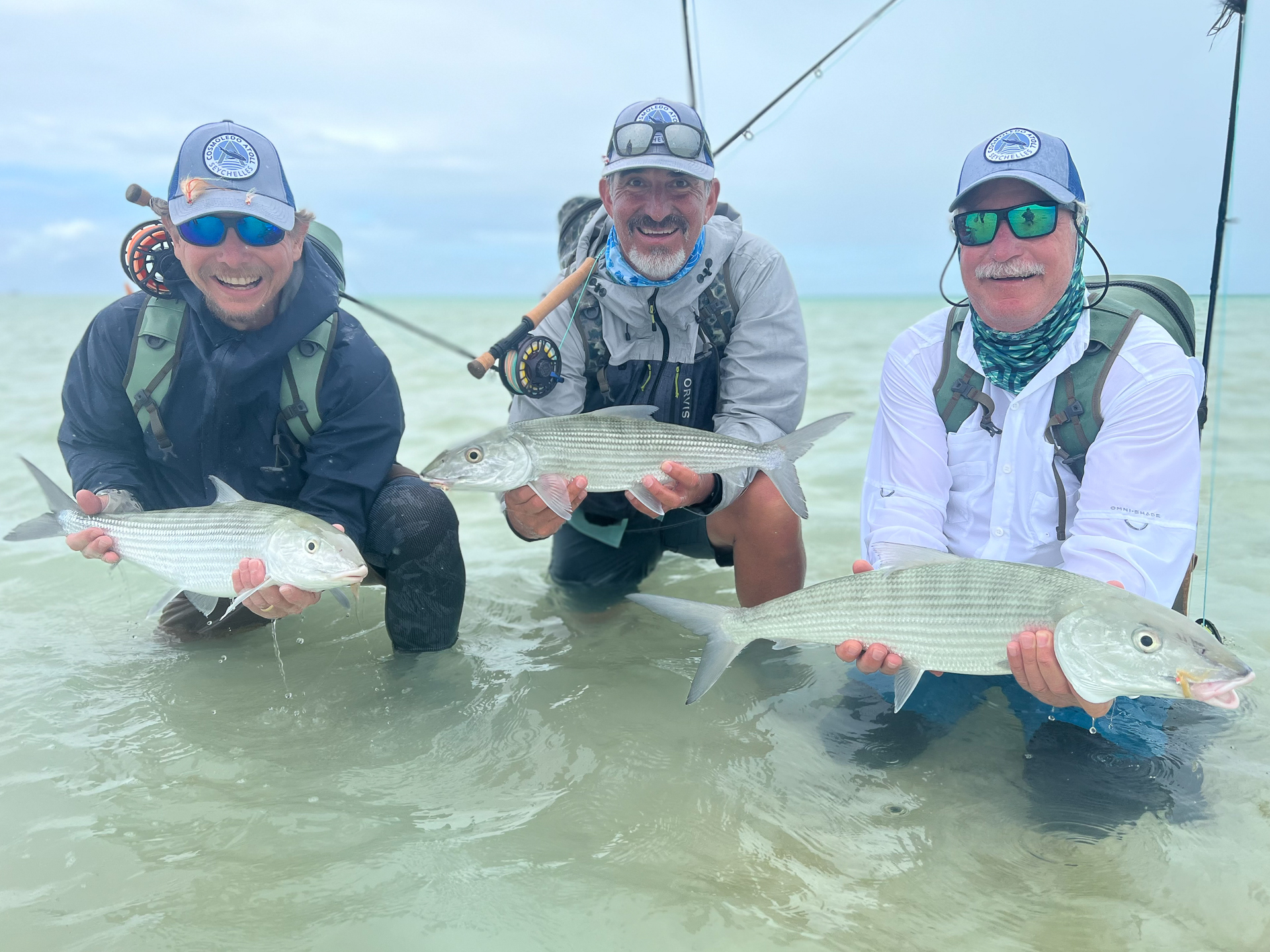 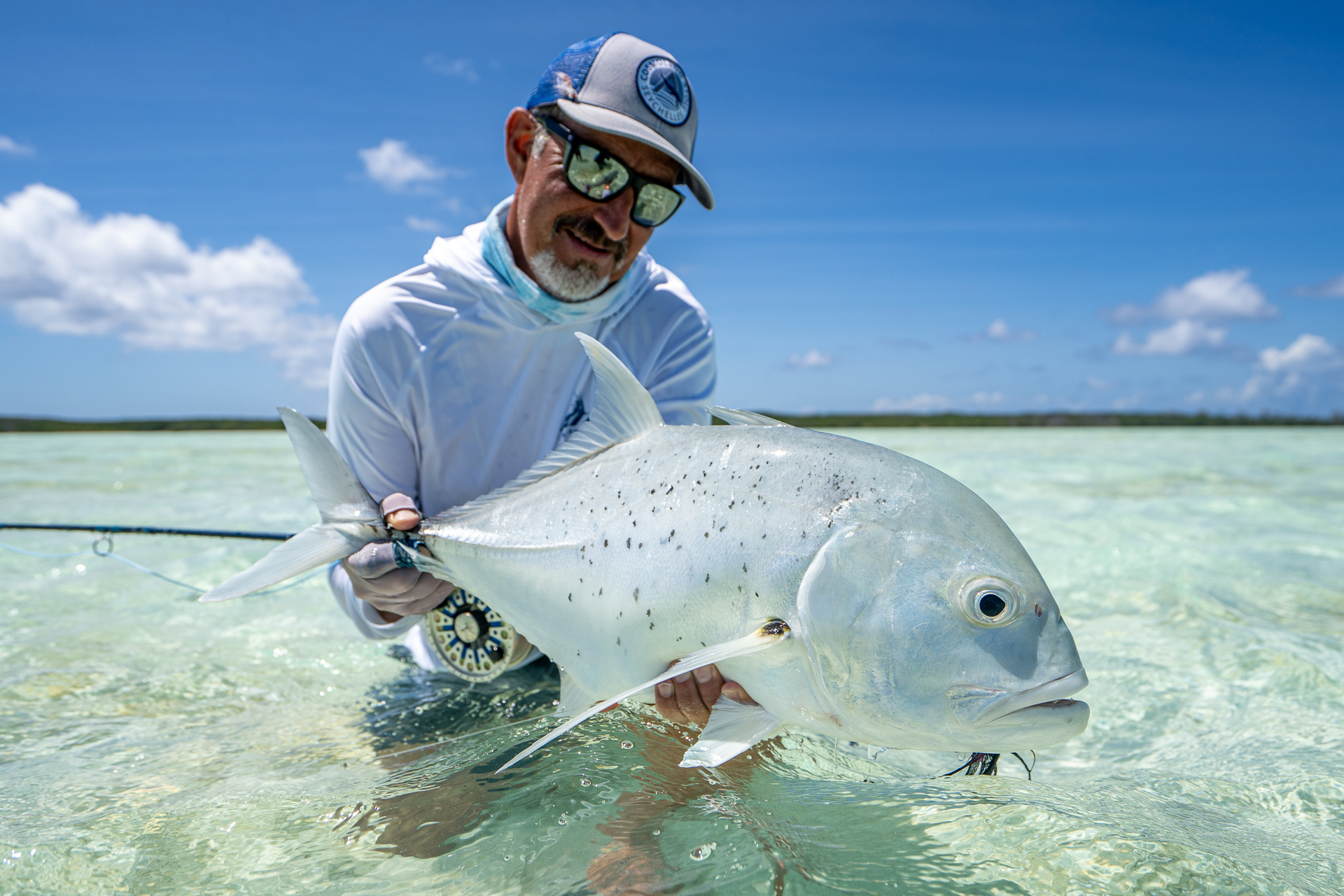 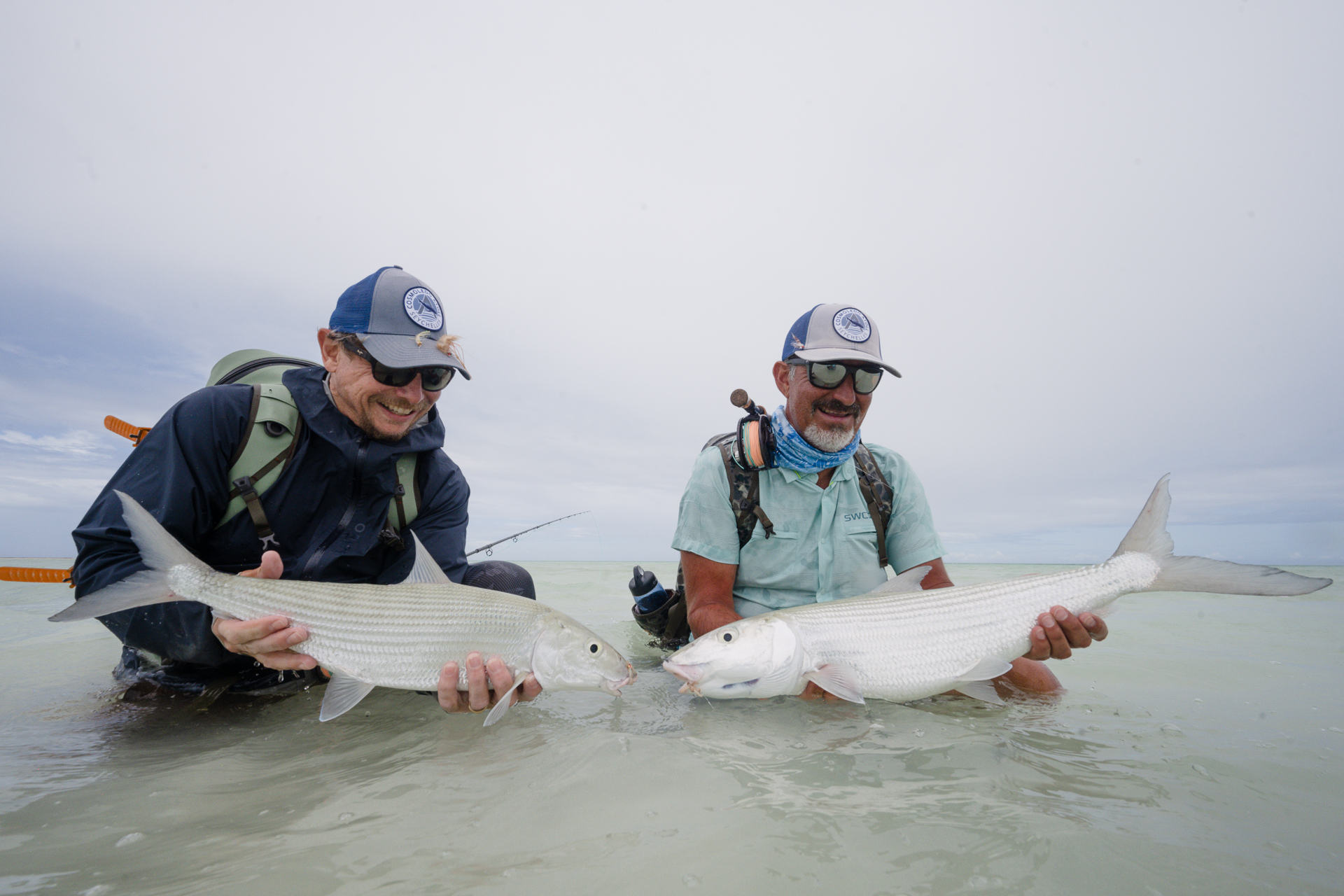 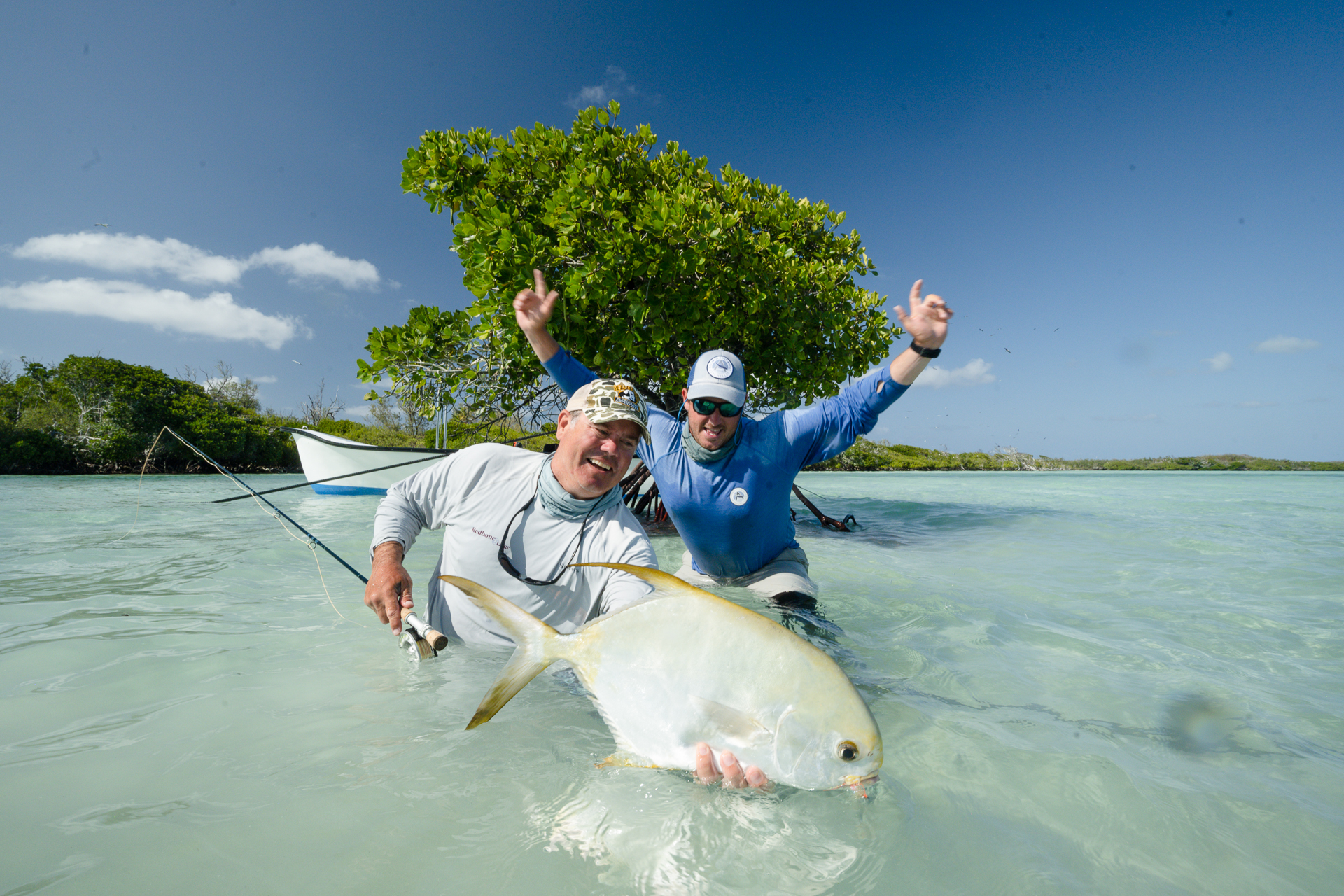 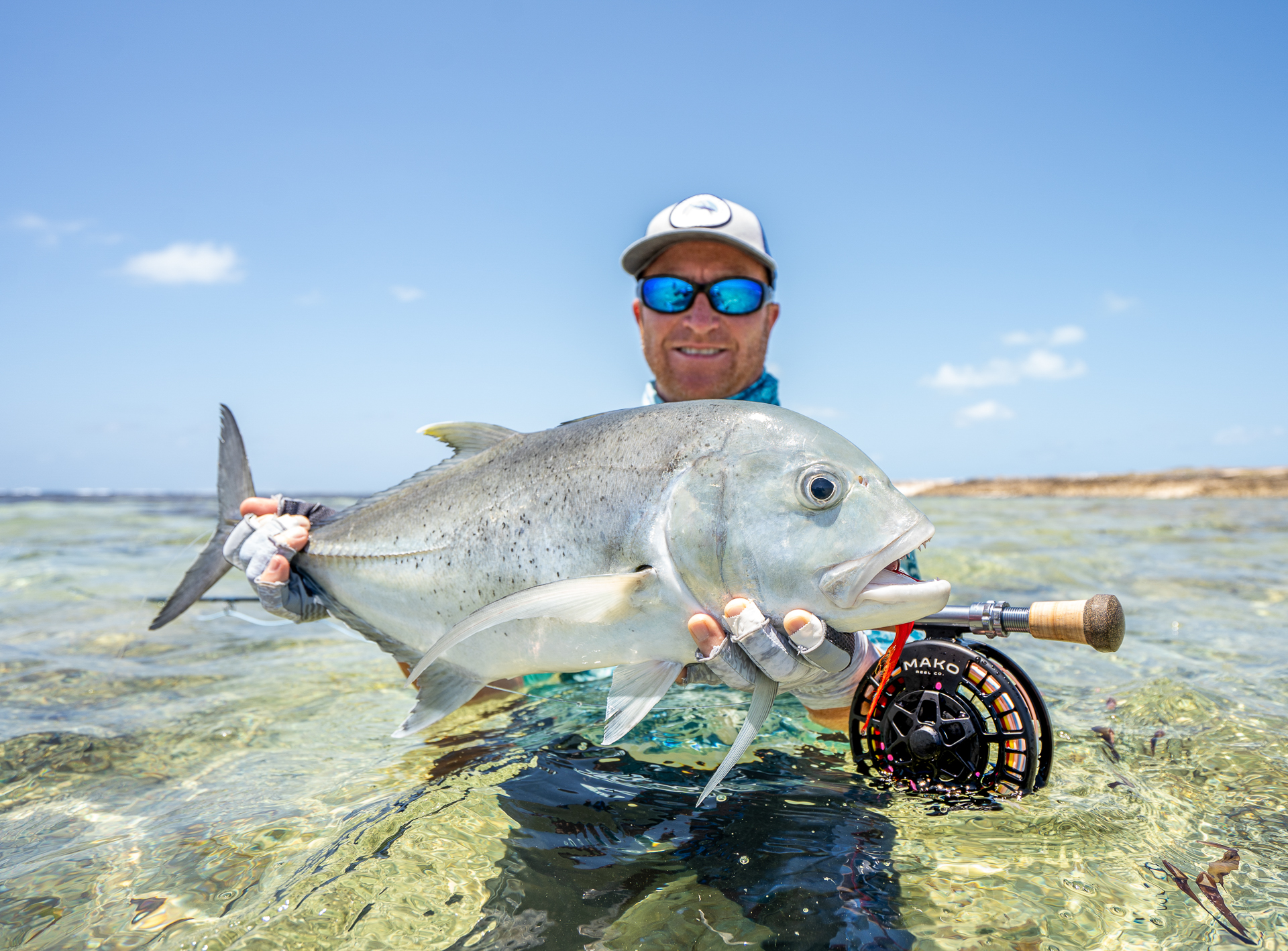