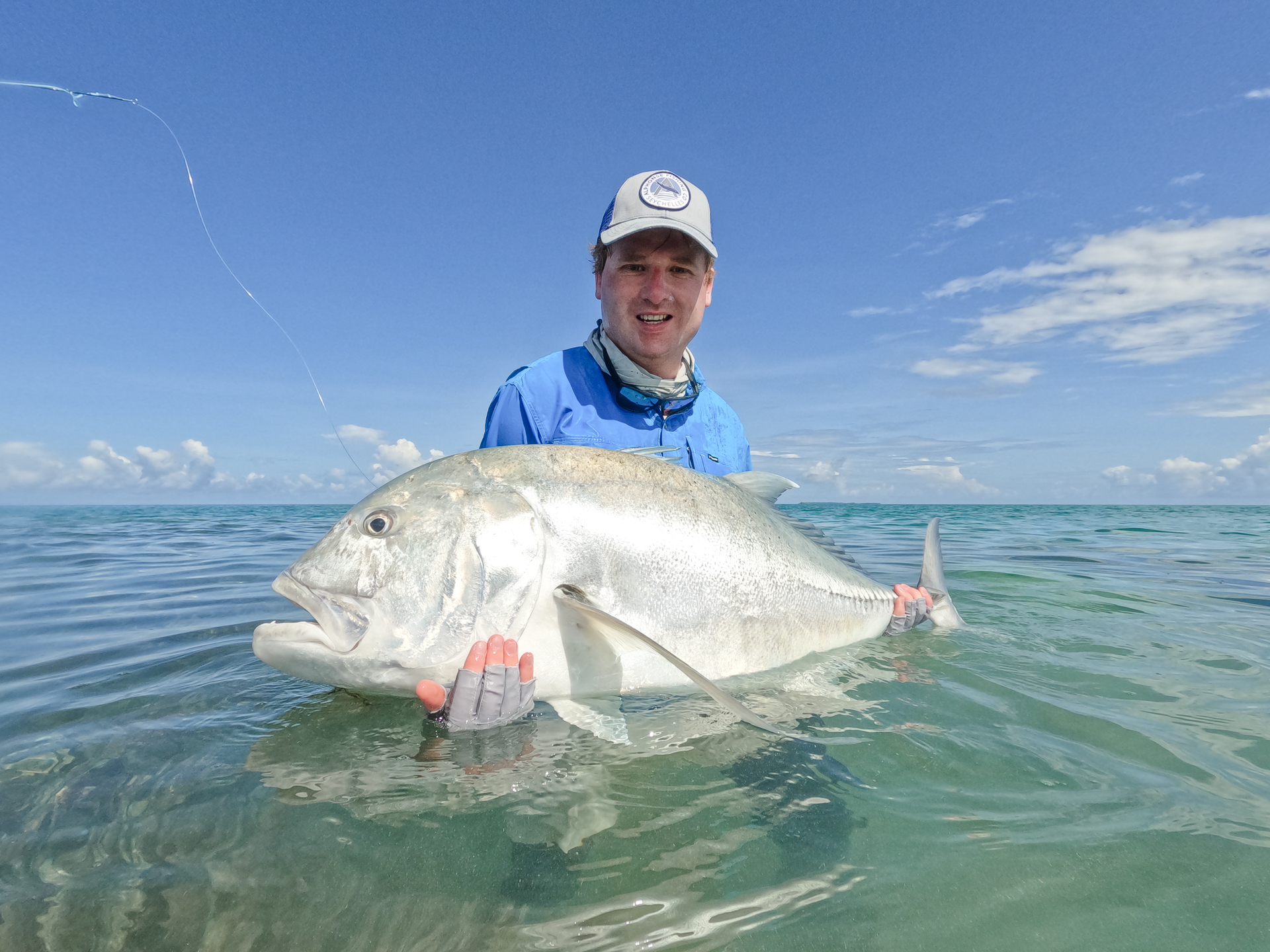 It’s been another successful week on St Francois atoll, clear skies with little wind made for good conditions throughout the week.

Many of the anglers this week were focused on chasing the schools of giant trevally that have been very active around the atoll, and it turned out to be well worth it.

Angler Jo landed the fish of a lifetime! It happened to be a neap tide with not much water movement throughout the day. Jo’s guide for the day, Chad, decided to pole Milky Way finger first thing in the morning. It seemed a bit quiet at first and then Chad noticed something happening on one of the coral bommies just off the finger, he had seen the Capel Shoal.

Anglers who have fished St Francois before may be familiar with the shoal but for readers who have yet to visit, the Capel Shoal is a school of nurse sharks that are followed by a massive school of large GT that hang around the St Francois lagoon. Chad moved off the finger and paddled over to the bommie, Jo put out the perfect cast and the fish were on the fly instantly, Jo set the hook. After a hard battle, Chad grabbed the leader and pulled the fish into the boat, a 110 cm giant trevally, the fish of a lifetime and what a way to do it!

The anglers were also in pursuit of triggers during the week, and anyone who has fished for these interesting fish will understand how tricky and heartbreaking they can be. One yellowmargin and one moustache were landed during the week and a good few more were lost, either breaking free while we tried to stop them from swimming into a hole, or by them succeeding and getting into the hole! Watch this reel of guide, Cam, digging for a trigger to understand!

Things are starting to heat up in St Francois and with more GTs moving on the flats the guides are excited for what’s to come for the rest of the season! 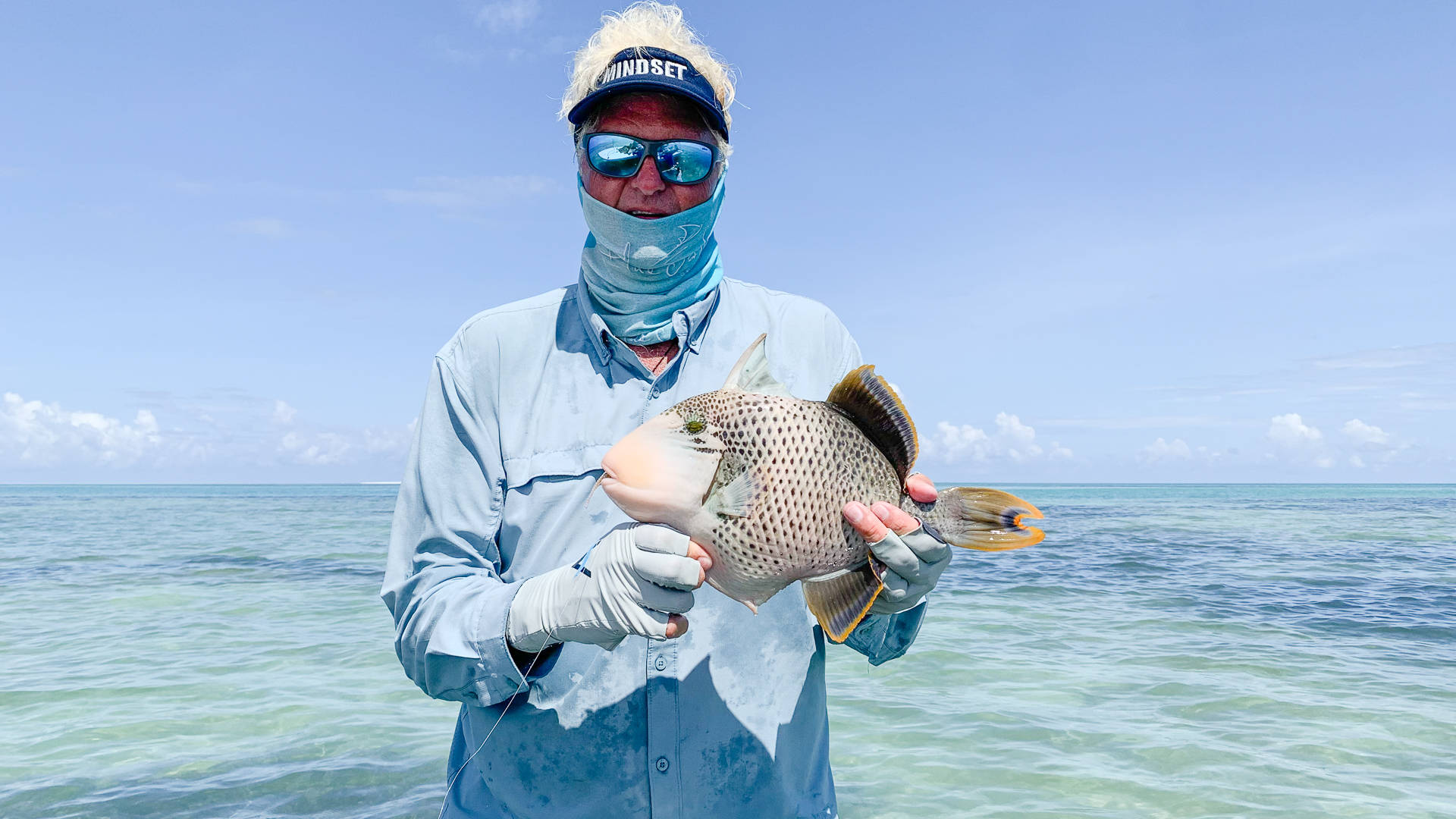 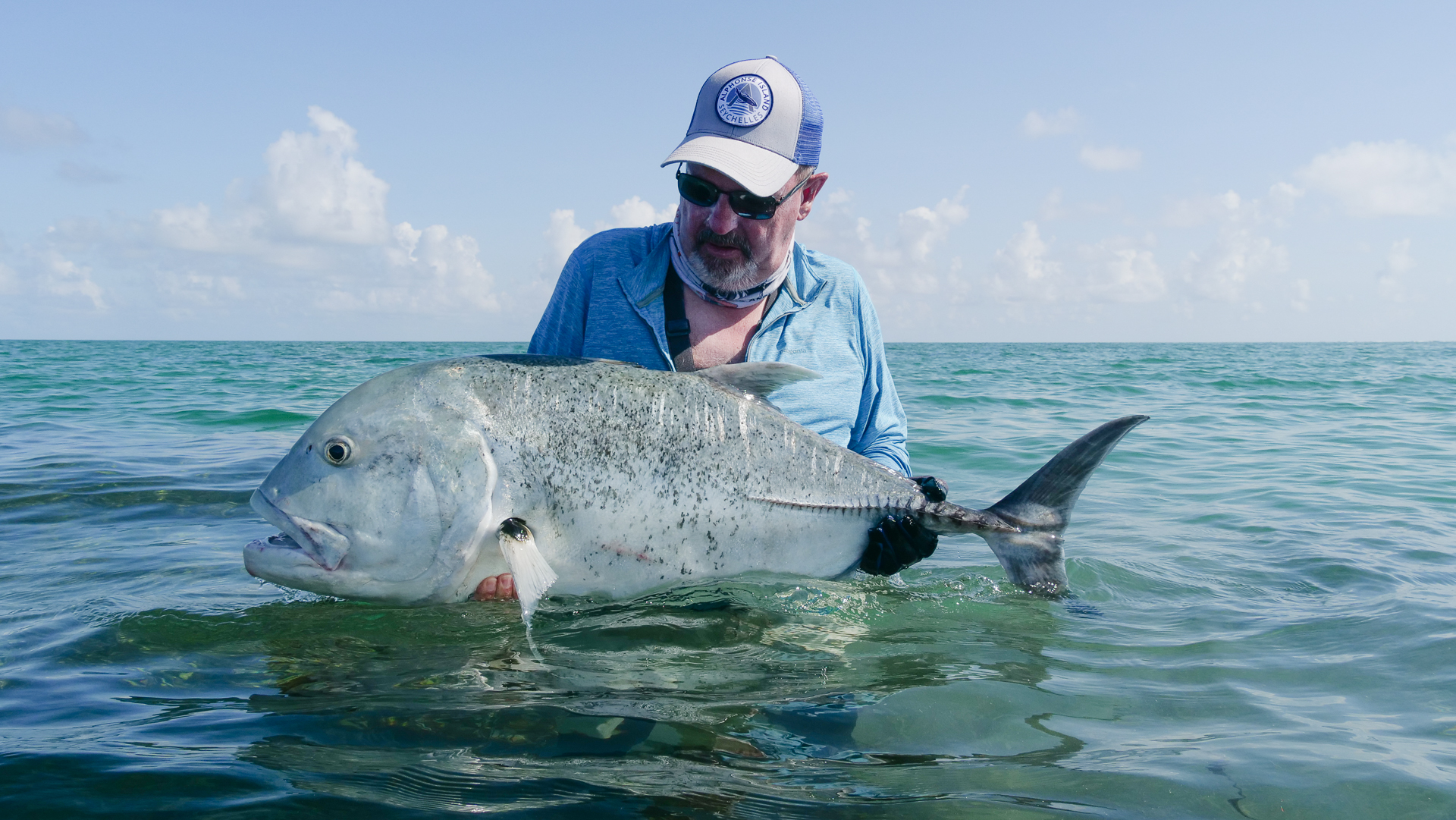 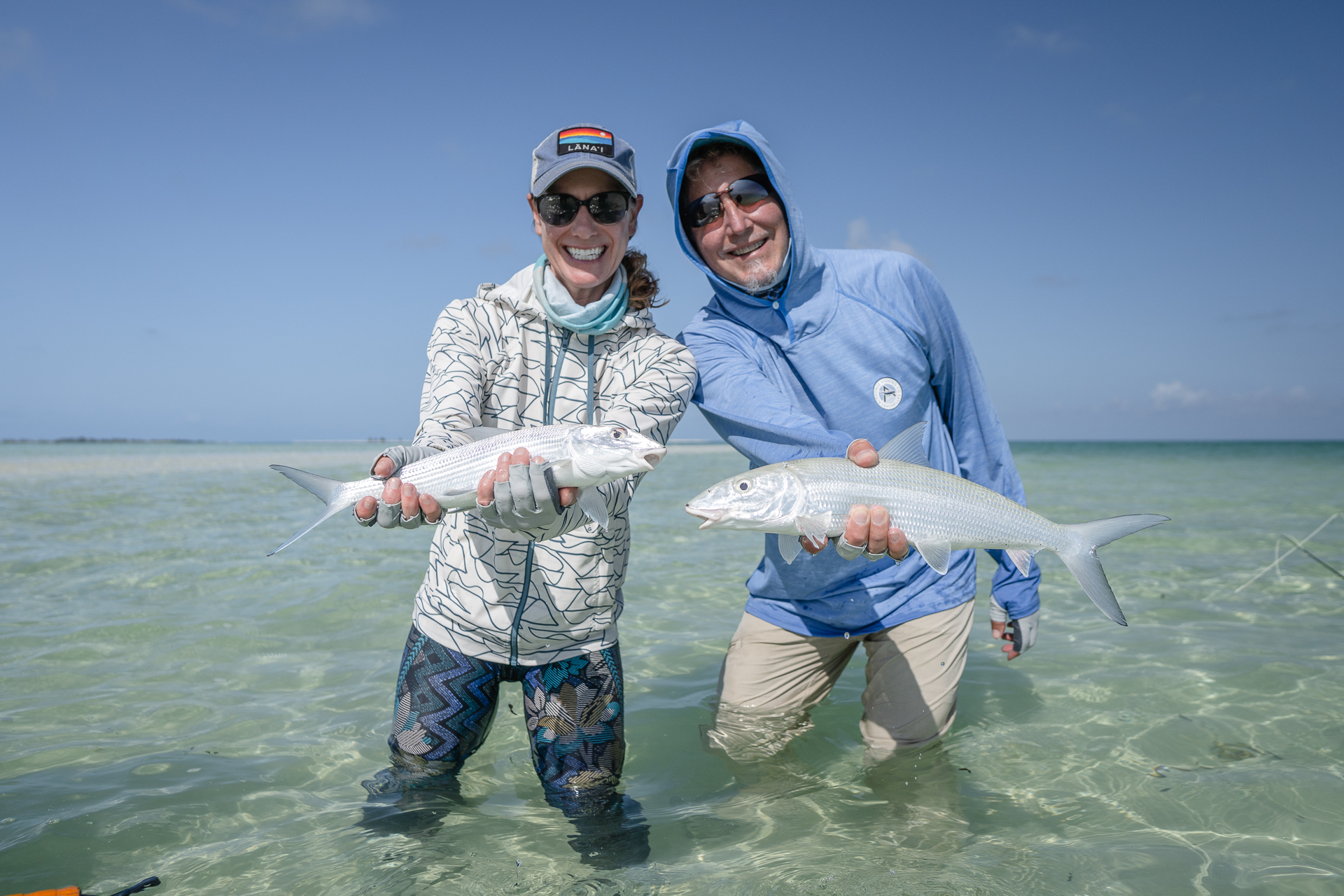 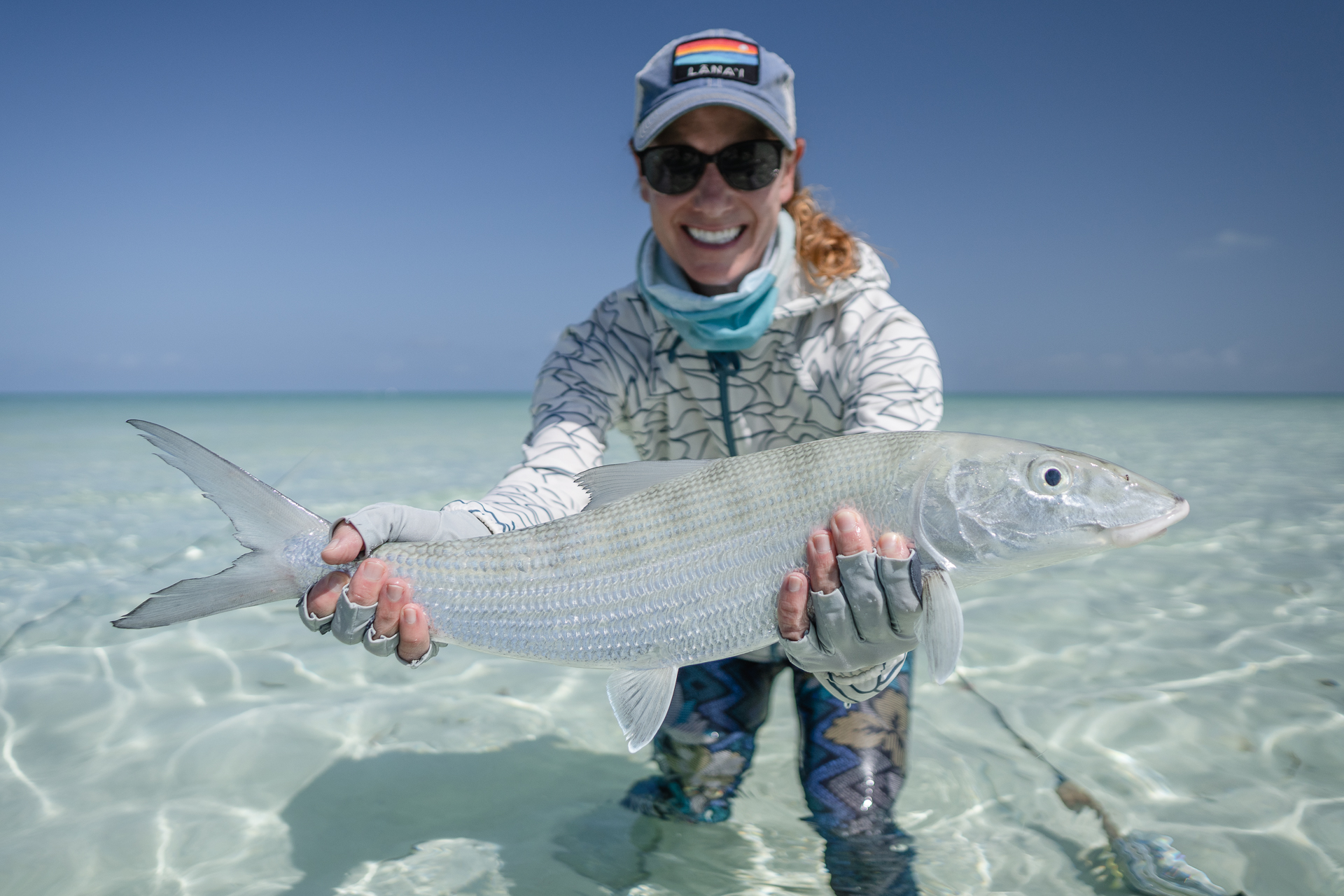 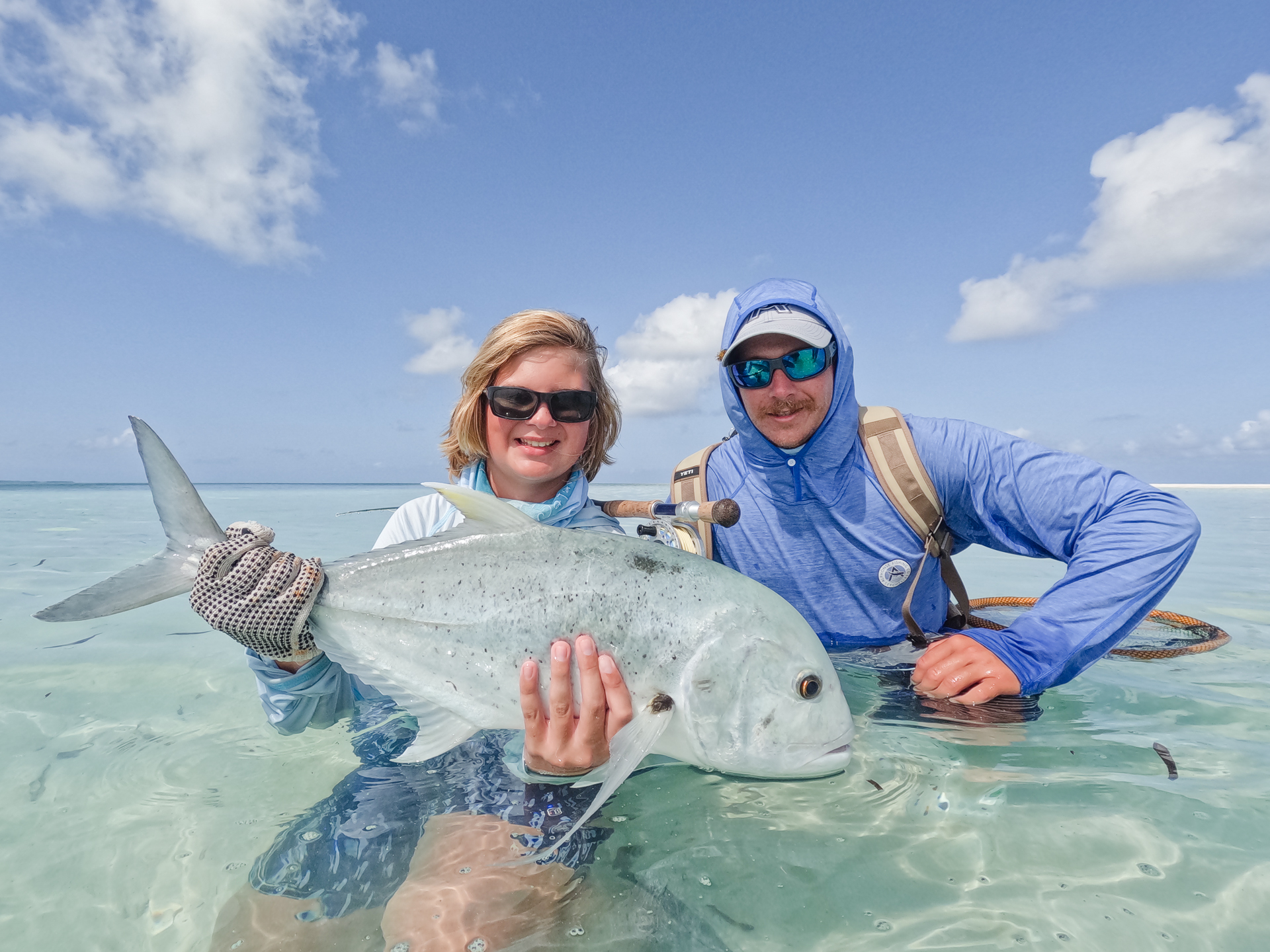 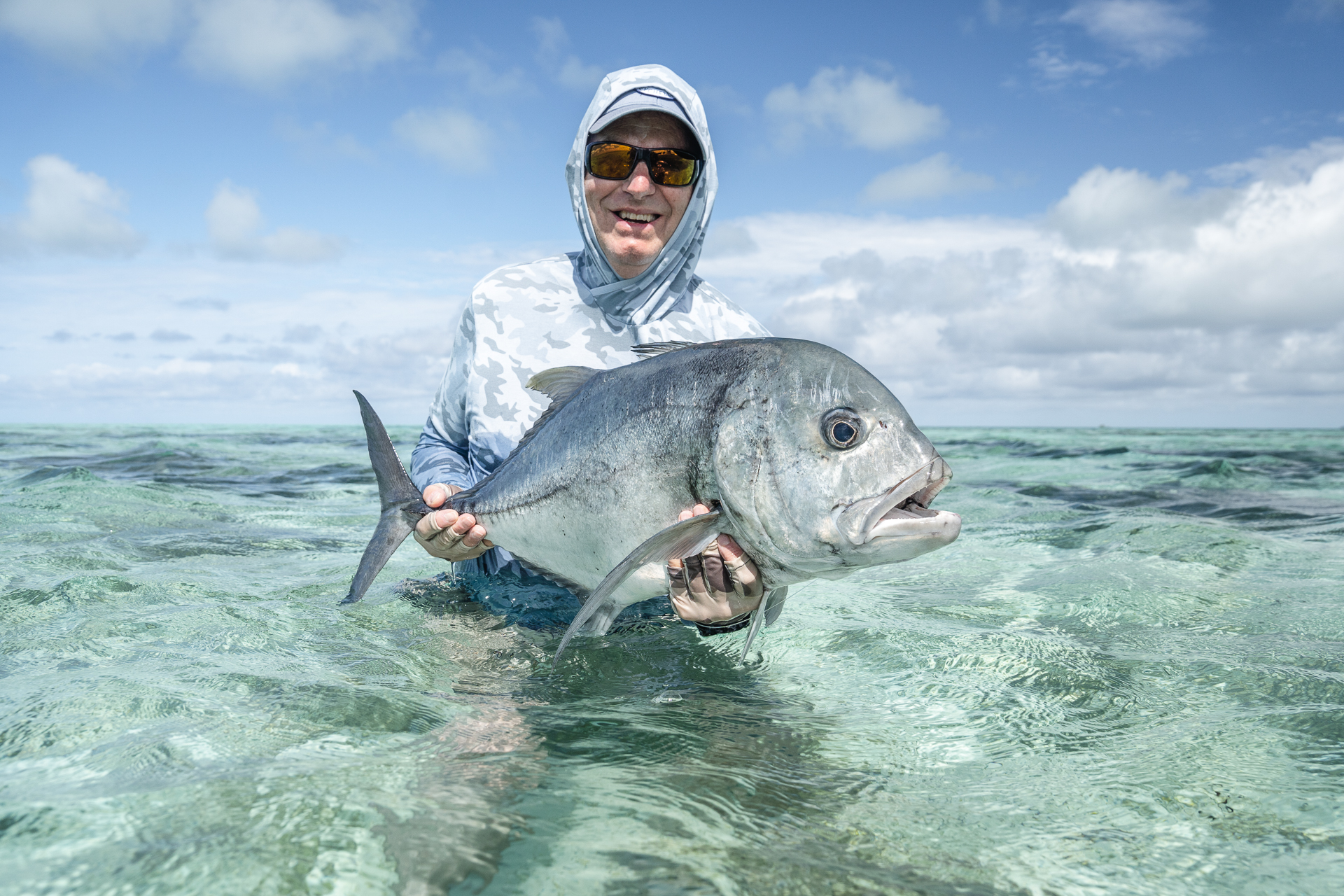