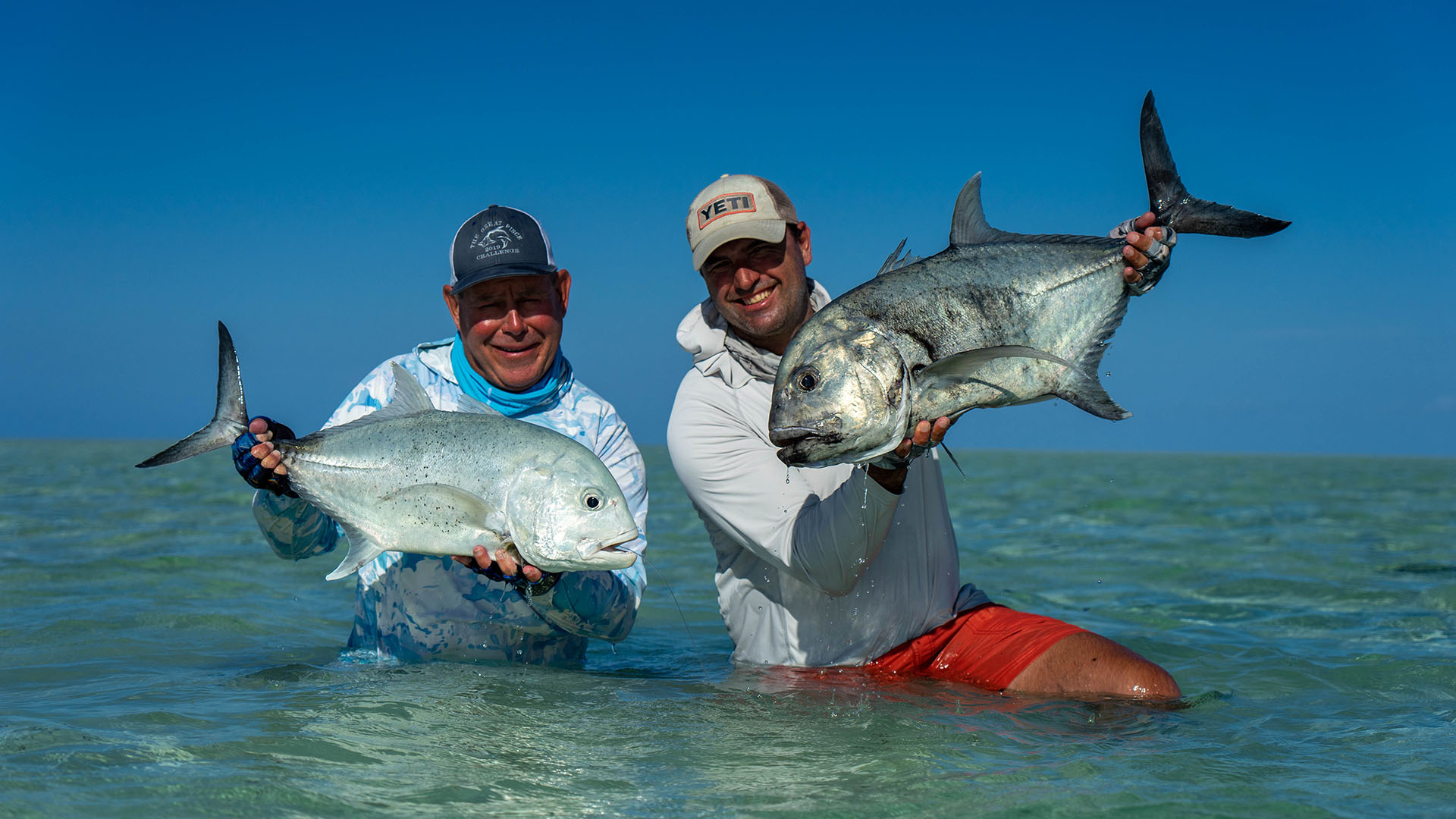 Week two started with a bang! All guests, except two, were seasonal returners to this incredible part of the world, so expectations were high and we were so excited to see the results of this full-week neap tide. Matt and Mark Bielovich had heard the stories about how Cosmo produced but only after their week could they actually comment on how large, diverse and truly memorable a Cosmo trip really is!

Matt and Mark had daily interactions with multiple GTs but the fish that made it most memorable for them was a 105 cm GT caught with Serge on the white sand flats. Week one of the Cosmoledo season produced a huge fish of 141 cm and a total of 181 GTs. This week produced 200 GTs and multiple fish over one metre including those of 105, 106, 110 and 123 cm!

The weather and the conditions were almost too still and glassy making it tough to see fish in the knee to waist deep water that was experienced all week. Ray Cadiz once again stood out with not only catching multiple GTs but also the only moustache triggerfish which was 52 cm as well as a spectacle golden-nugget of a permit measuring in at 64 cm.

Peter Steward managed a magical 106 cm GT and a few other quality fish. Matt Ferry was crowned angler of the week, landing a whopping 123 cm GT mid-week and the very next day he landed a 94 cm GT, and went on to tame a 110 cm GT.

The milks showed up for a short time on the dropping tide, and Justin Kemp crowned himself ‘The Milk Man’ by bringing the only milky of the week to hand. The barracuda, a fish that is rarely given praise, showed up in full force and three lucky anglers had the pleasure of tussling with these aggressive feeders, landing them before their safe release. These spectacular fish measured in at 114, 112 and 109 cm – these sure are beasts to be reckoned with!

What an epic week two of our season out here on Cosmoledo Atoll. We are beyond thrilled with the excellent numbers of GT caught on a neap tide, a true testament to Cosmo being named the GT Capital of the World, and the Land of Giants. We cannot wait to see what the rest of the season produces!

From the Alphonse Fishing Co. Team on Cosmoledo Atoll. 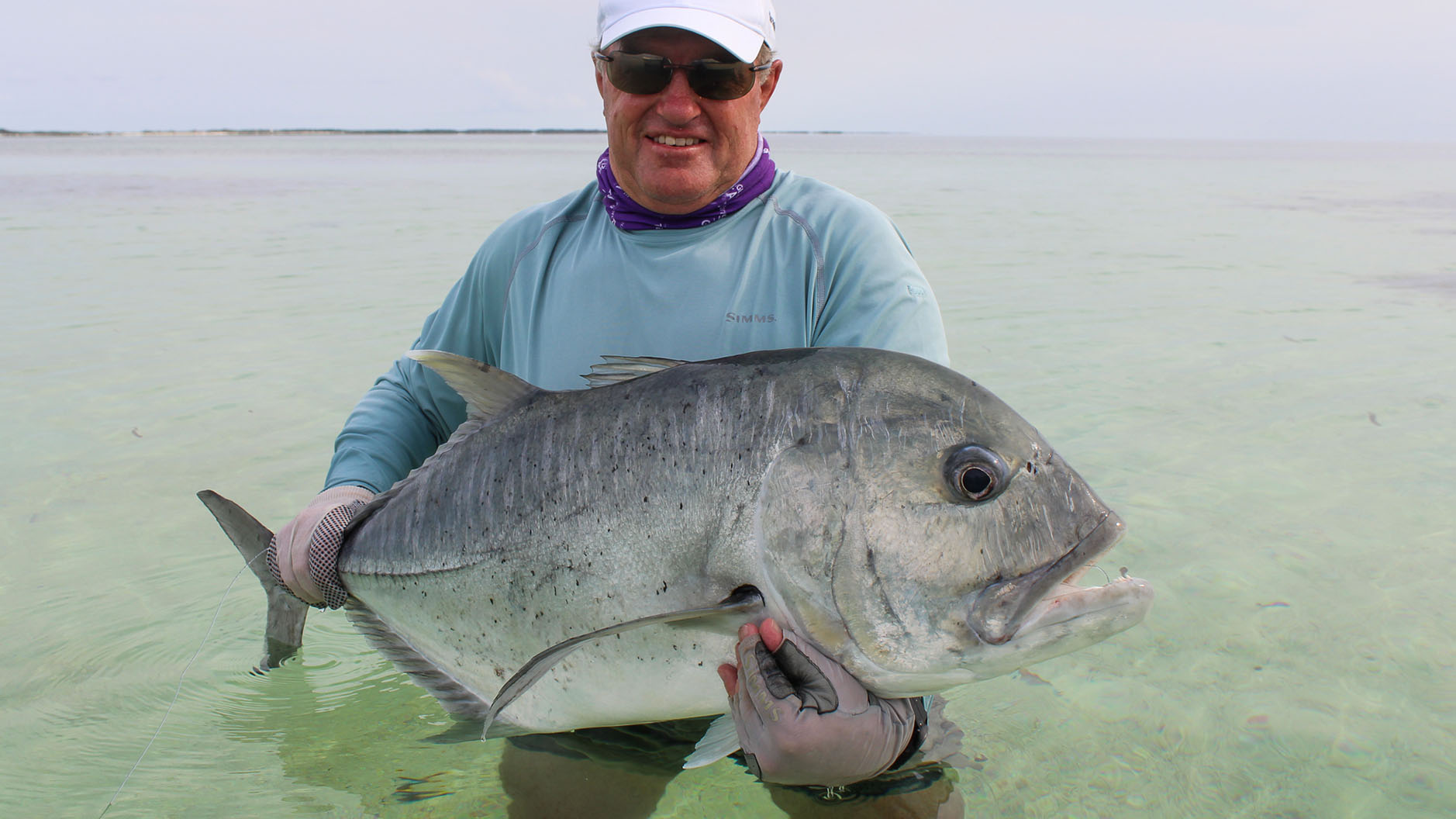 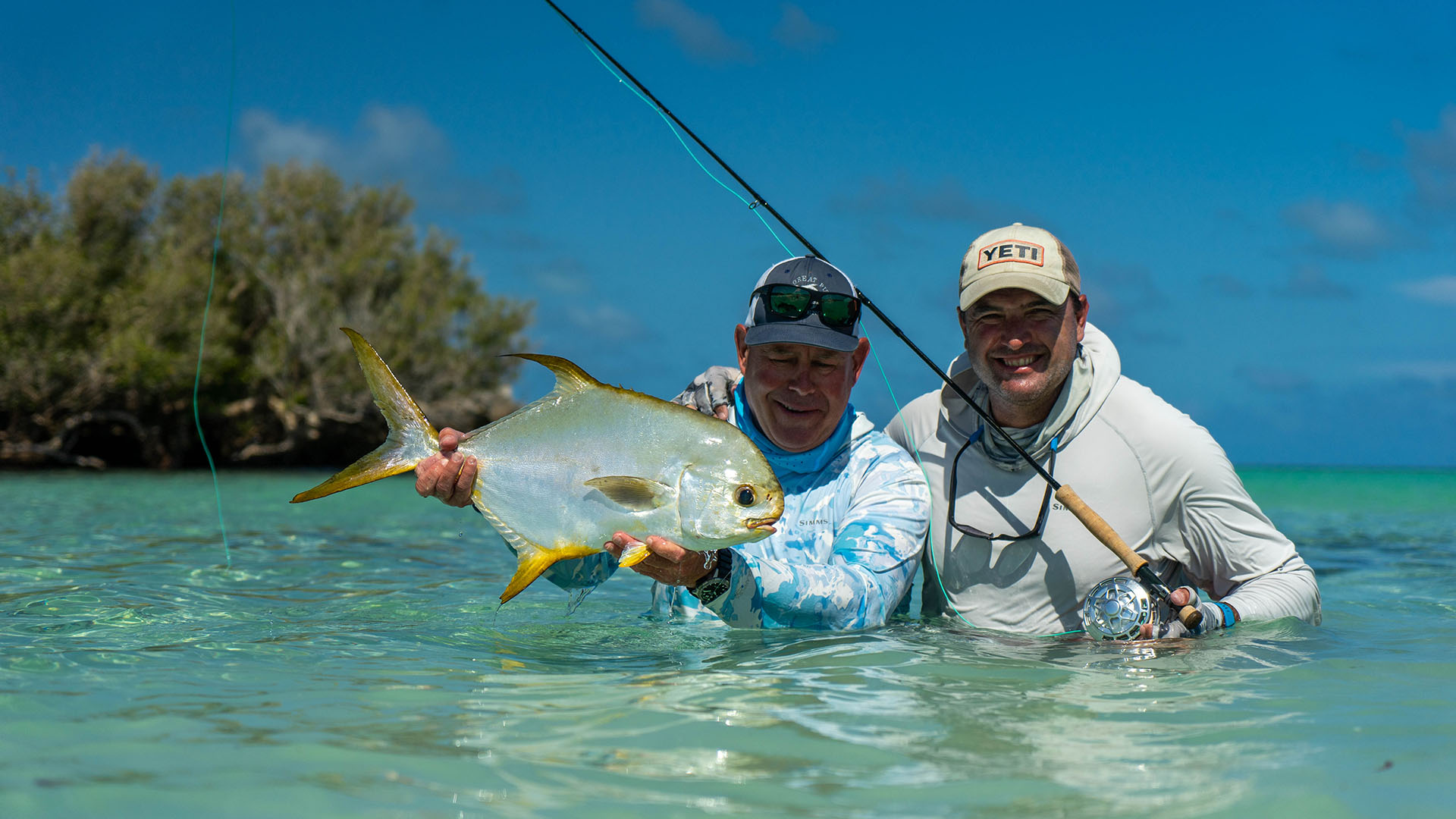 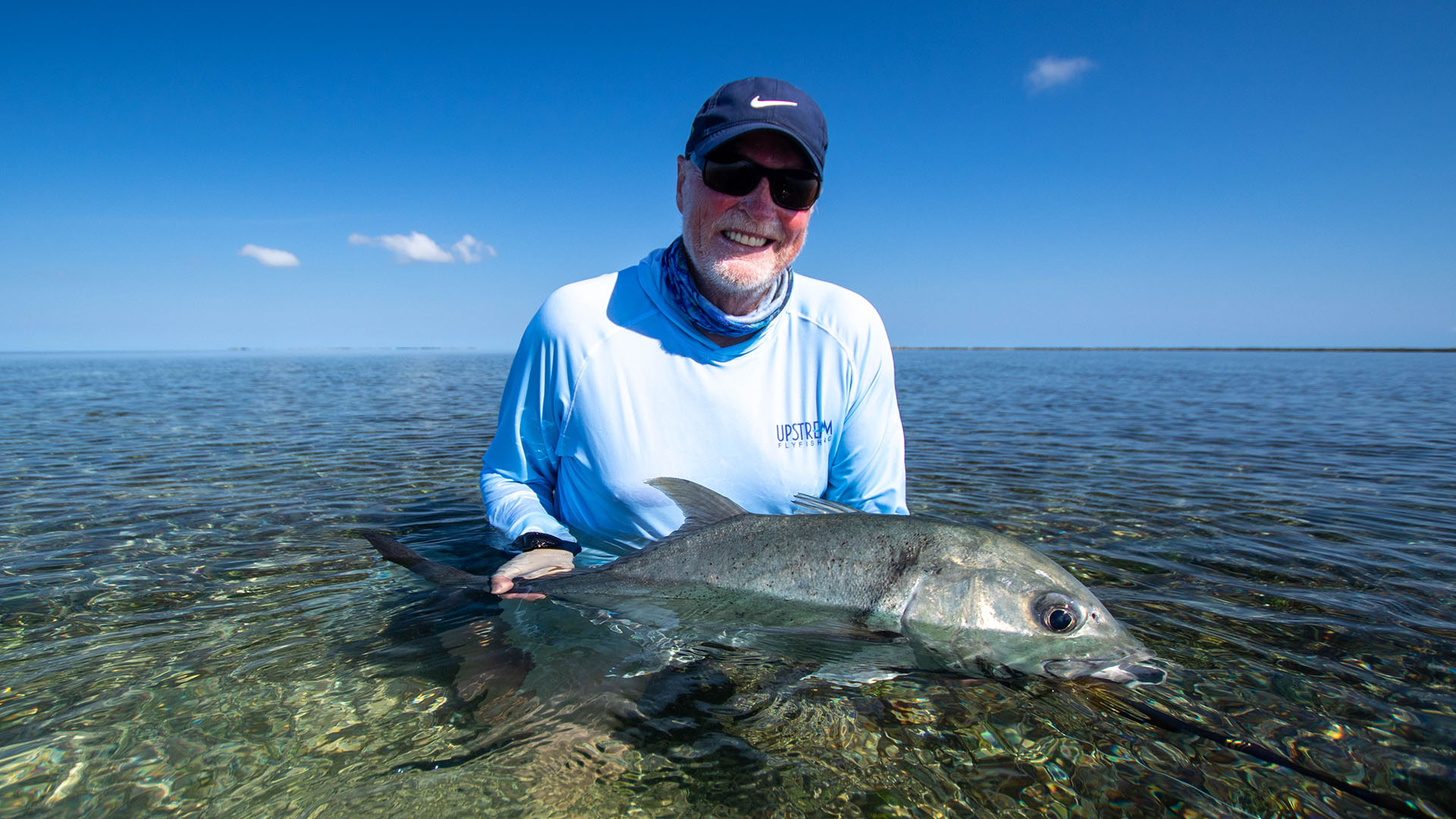