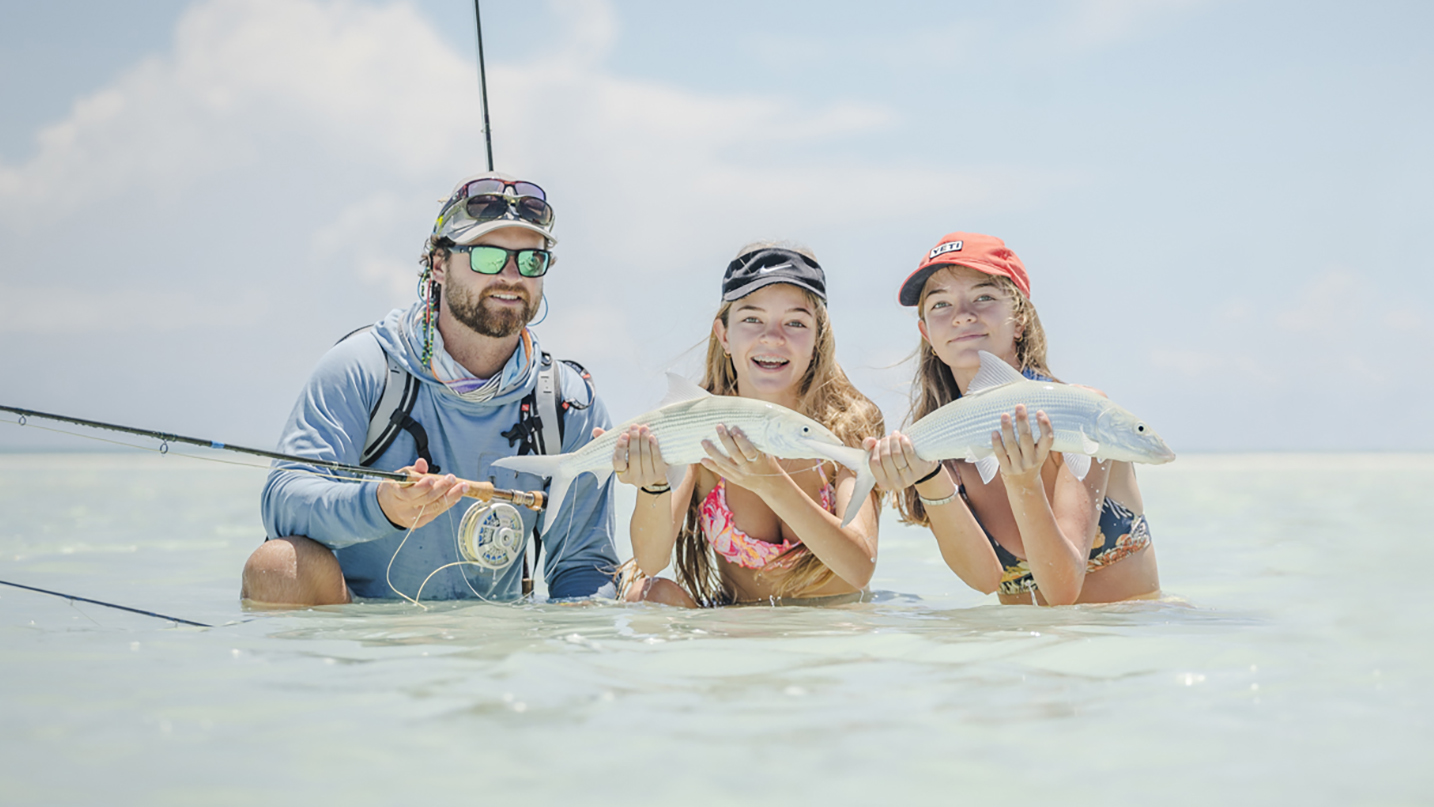 A few eager anglers descended onto the shores of Alphonse Island this week. The weather was very good over the week. The spring tides allowed anglers to have some amazing shots at the Big 5. The fishing was boundless for anglers willing to put in the effort and make shots at fish.

Paul Davidson has been fishing with us for the last two weeks. Paul is an Alphonse fishing legend having fished St Francois for the last 22 years. Paul managed to land 50 bonefish, 10 bluefin trevally and four very nicely sized GTs measuring 60 cm, 65 cm, 70 cm and 75 cm throughout his trip. We look forward to seeing the Legendary Paul Davidson next year again.

Throughout the week anglers did very well with bonefish. The anglers landed 178 bonefish over the week with Murray Collins landing the largest bone of the week measuring a massive 63 cm. The Petrick family tried their hand at fly fishing for the first time. All four family members caught their first bonefish in huge quantities. Mr Leart Petrick also landed his first GT measuring in at 65 cm.

Adam Collins who is a young but very eager angler has been practising his casting. Adam worked hard over the week and landed his very first GT on fly. Adam was looking for permit when a GT was spotted sitting on top of a stingray. Adam made the shot and landed a nicely sized 72 cm GT. Murray Collins also landed a fantastic Flats Slam on day six. Murray landed a 75 cm GT, a nicely sized trigger and a massive 63 cm bonefish.

Tight lines from the Alphonse Fishing Co. Team on Alphonse 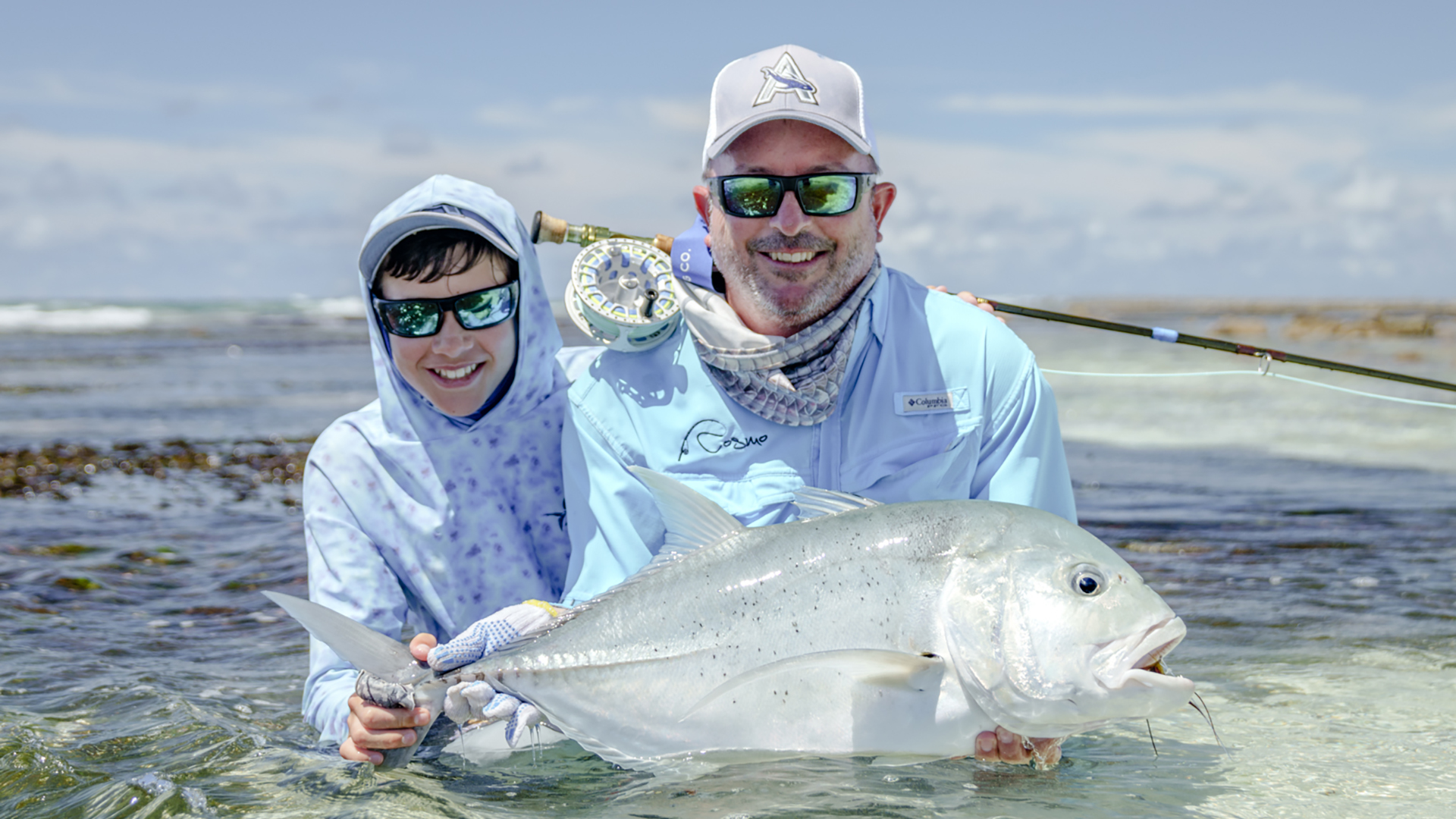 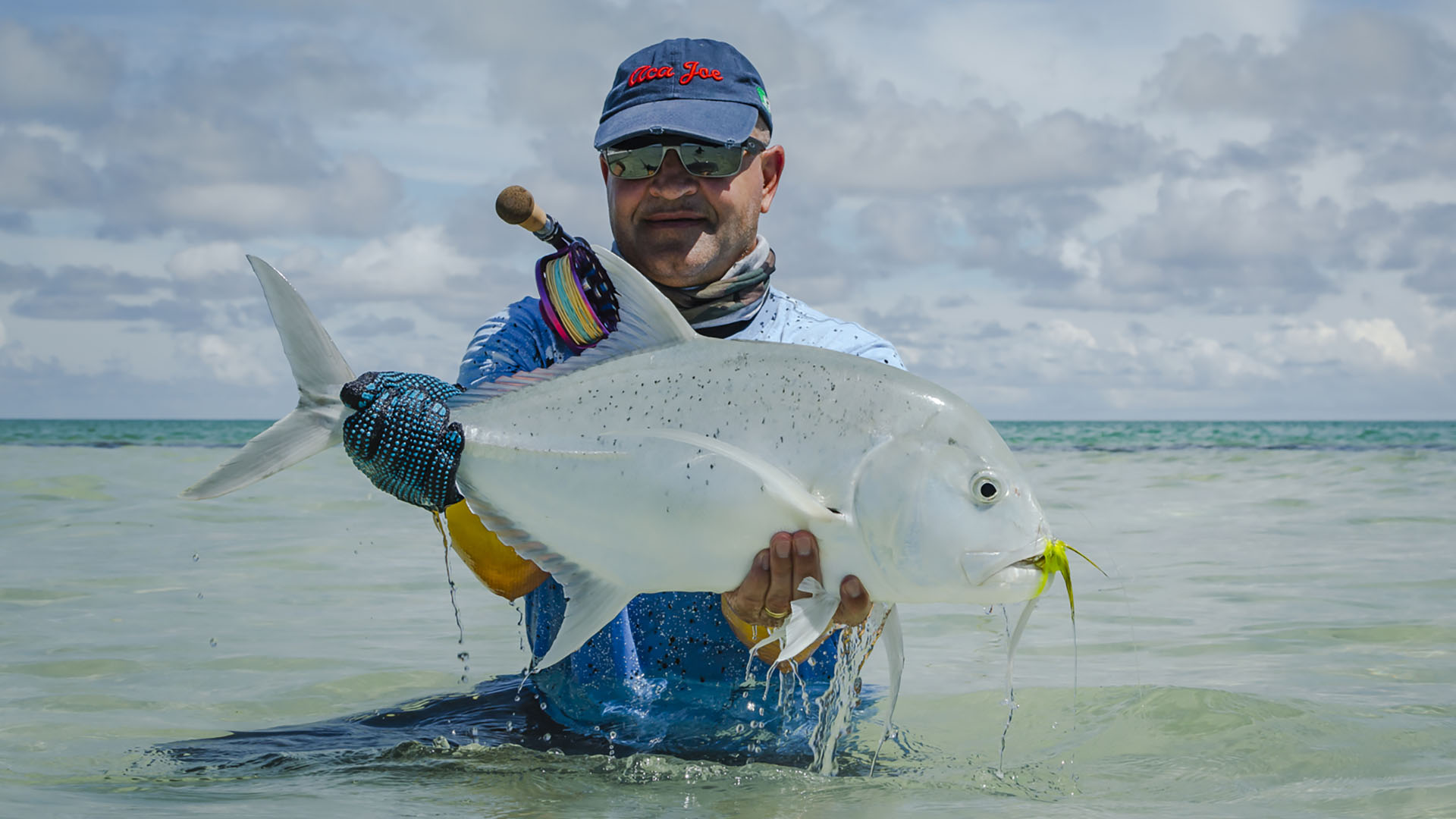