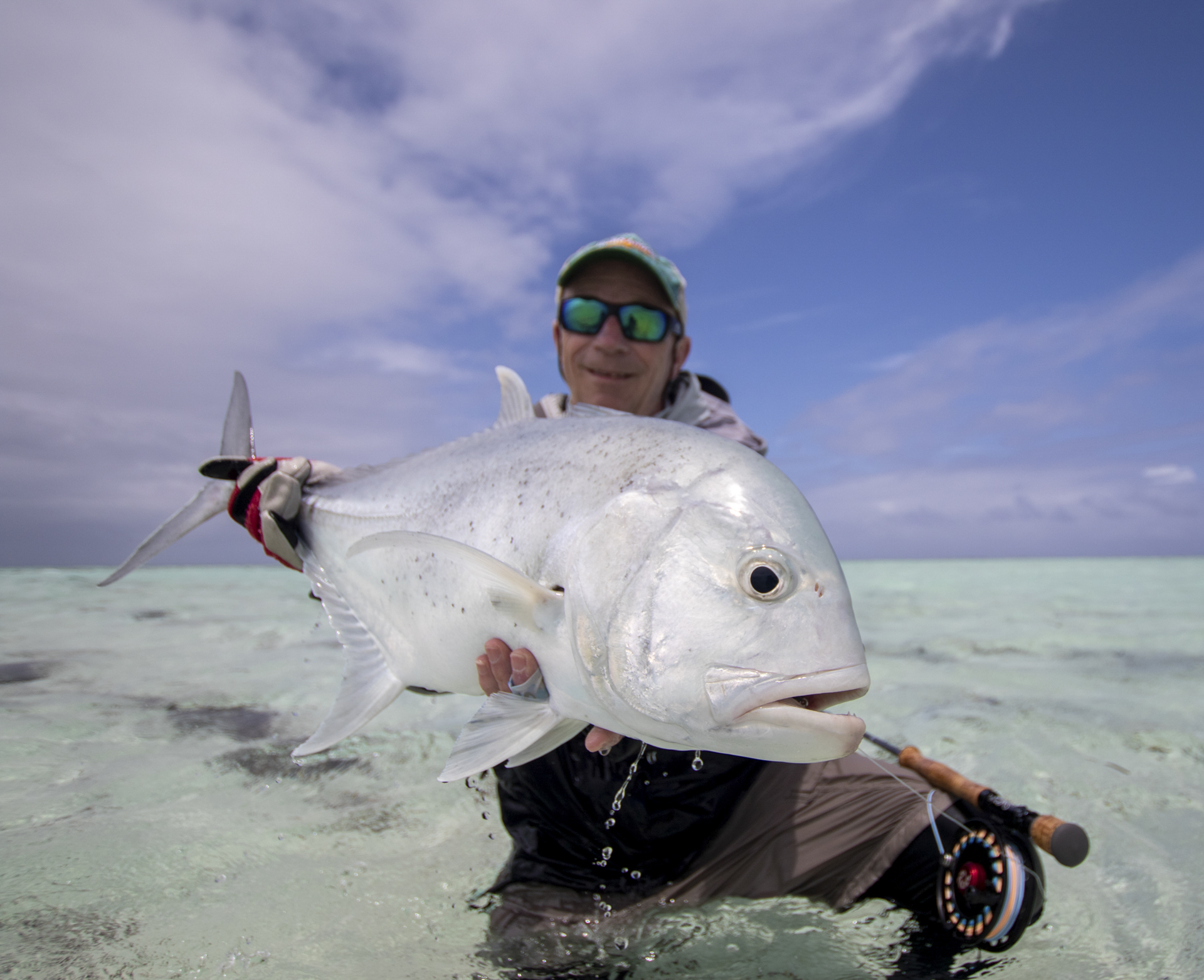 The start of week five had everyone hoping that the red crab had been blown far away from the previous week’s strong winds. This week we welcomed 12 anglers from varying states in the USA. Some new to Cosmoledo Atoll and others had seen the surprises it held for them beforehand! The wind and rain plagued us all week, making for extremely tough fishing conditions. The good news was the crabs were gone and fish were showing up at regular intervals, each angler having multiple shots each day.

Brian Lannacchione made use of every single one of his shots and was definitely angler of the week with multiple six-to-eight-pound bonefish and the largest tally of GTs for the week. Brian was very unlucky on one occasion when he hooked an absolute giant of a fish and after doing everything right the fish went through the leader and got away. Not to slow him down he pushed through and landed five GTs during the remainder of that day.

Despite the challenging weather the fish where there and the anglers brought their A game and landed some magical fish. 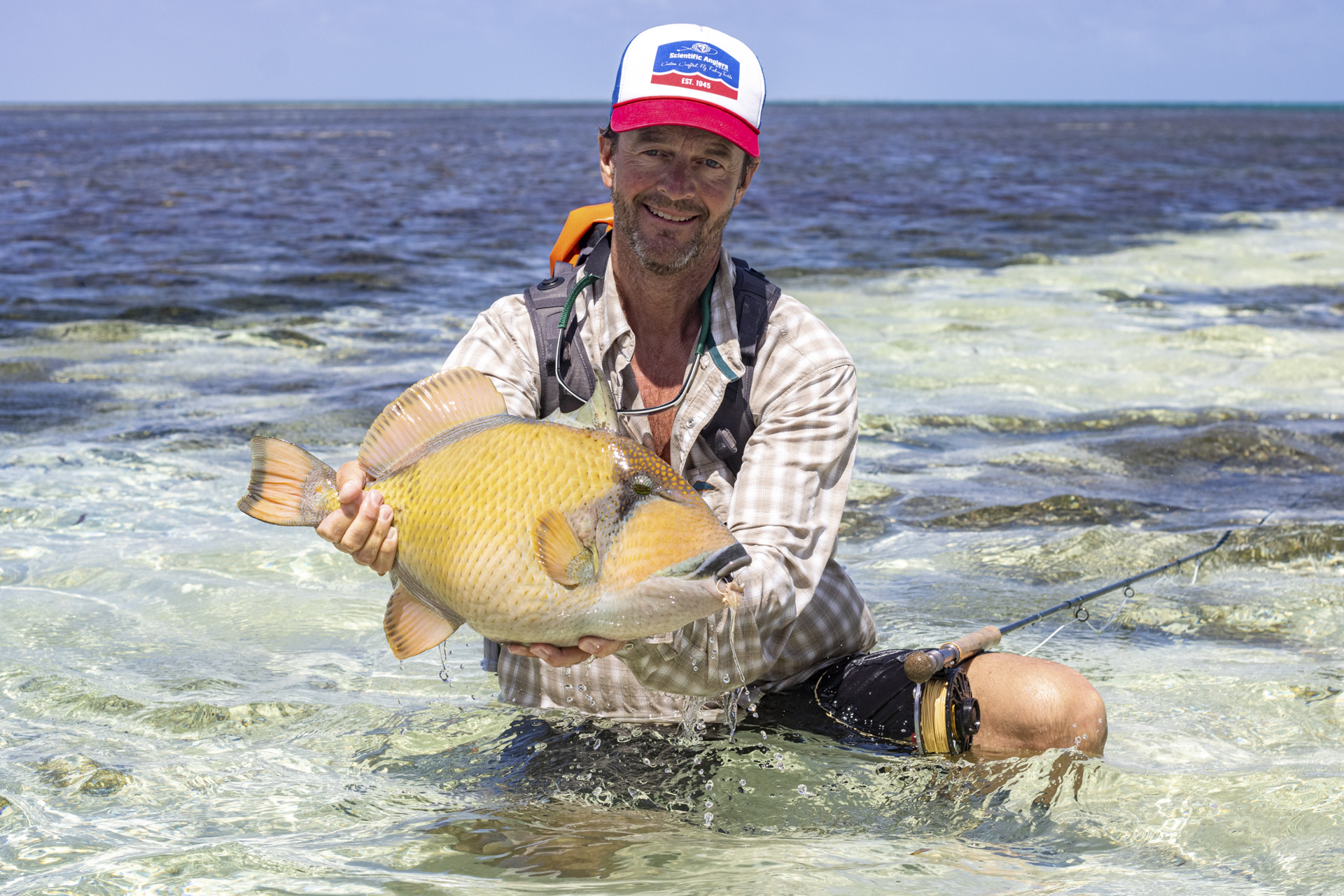 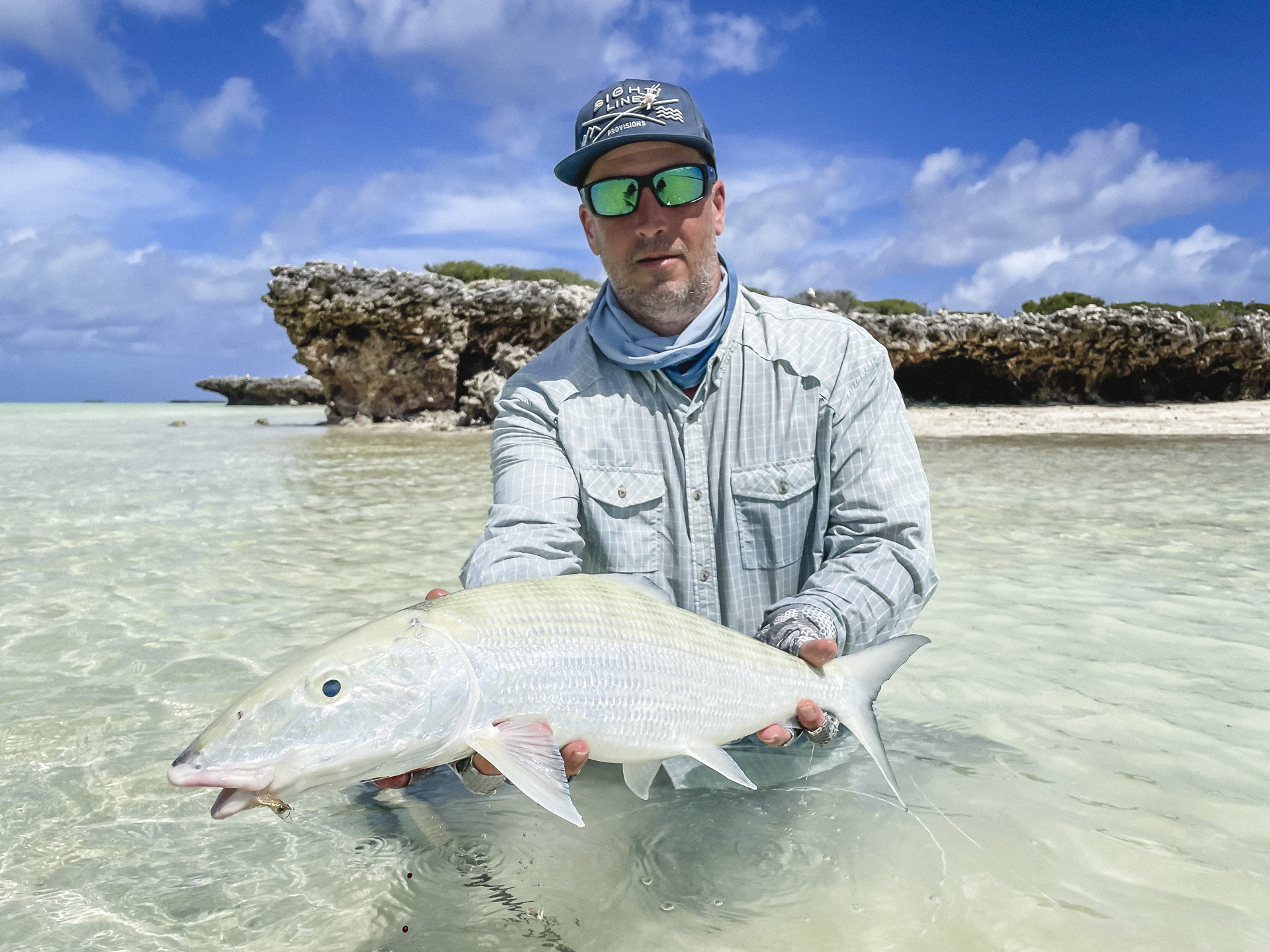 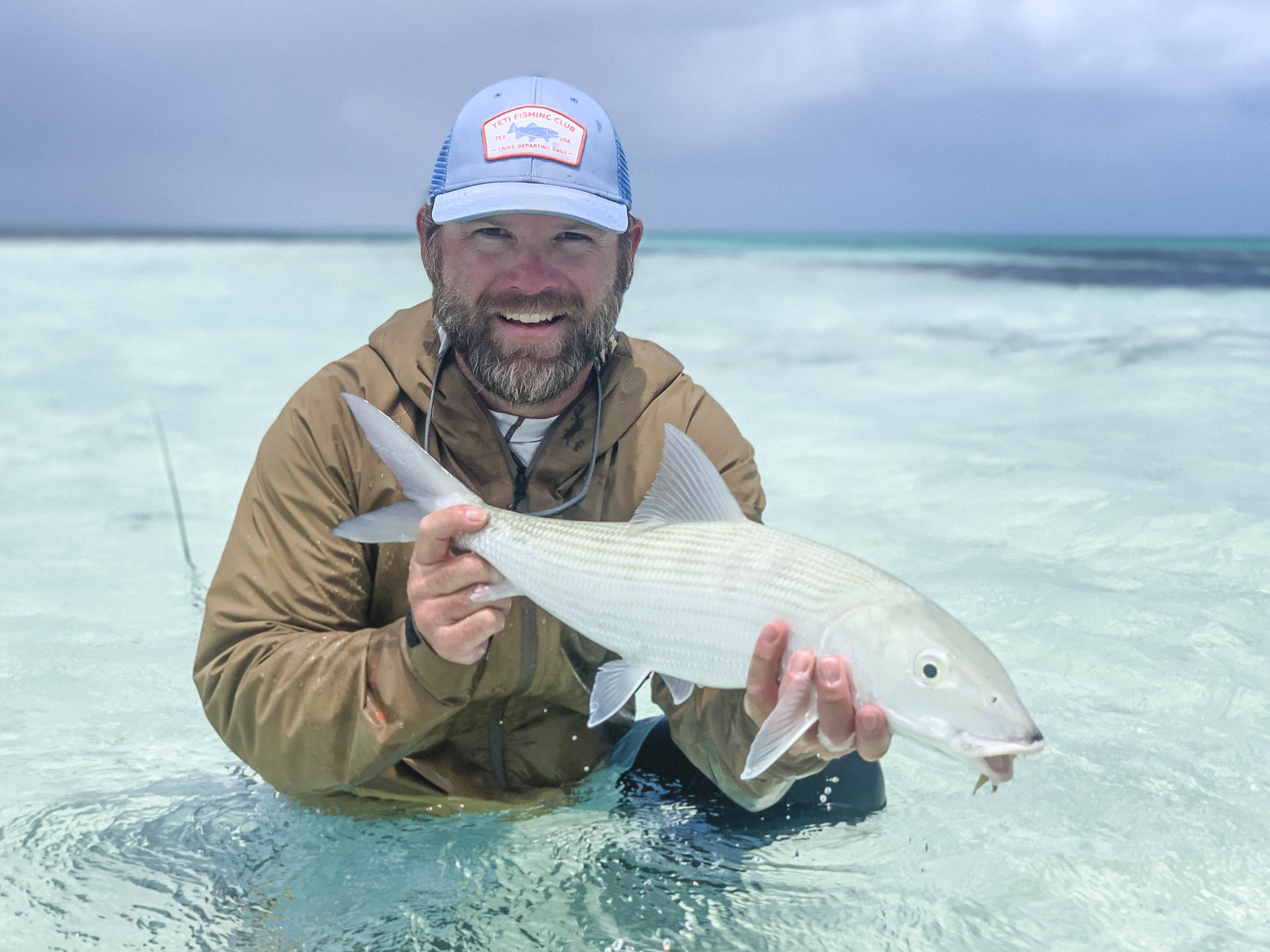 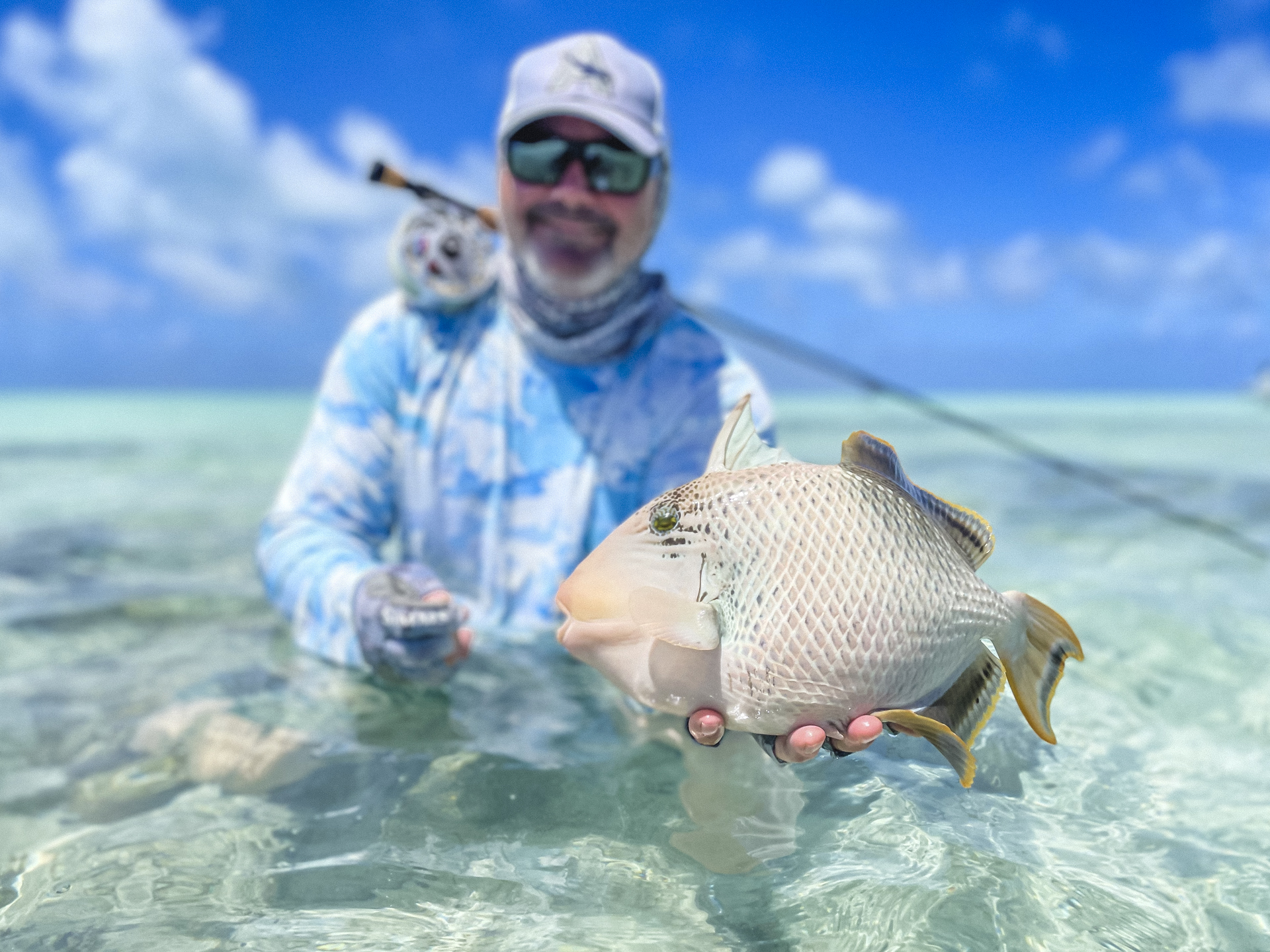 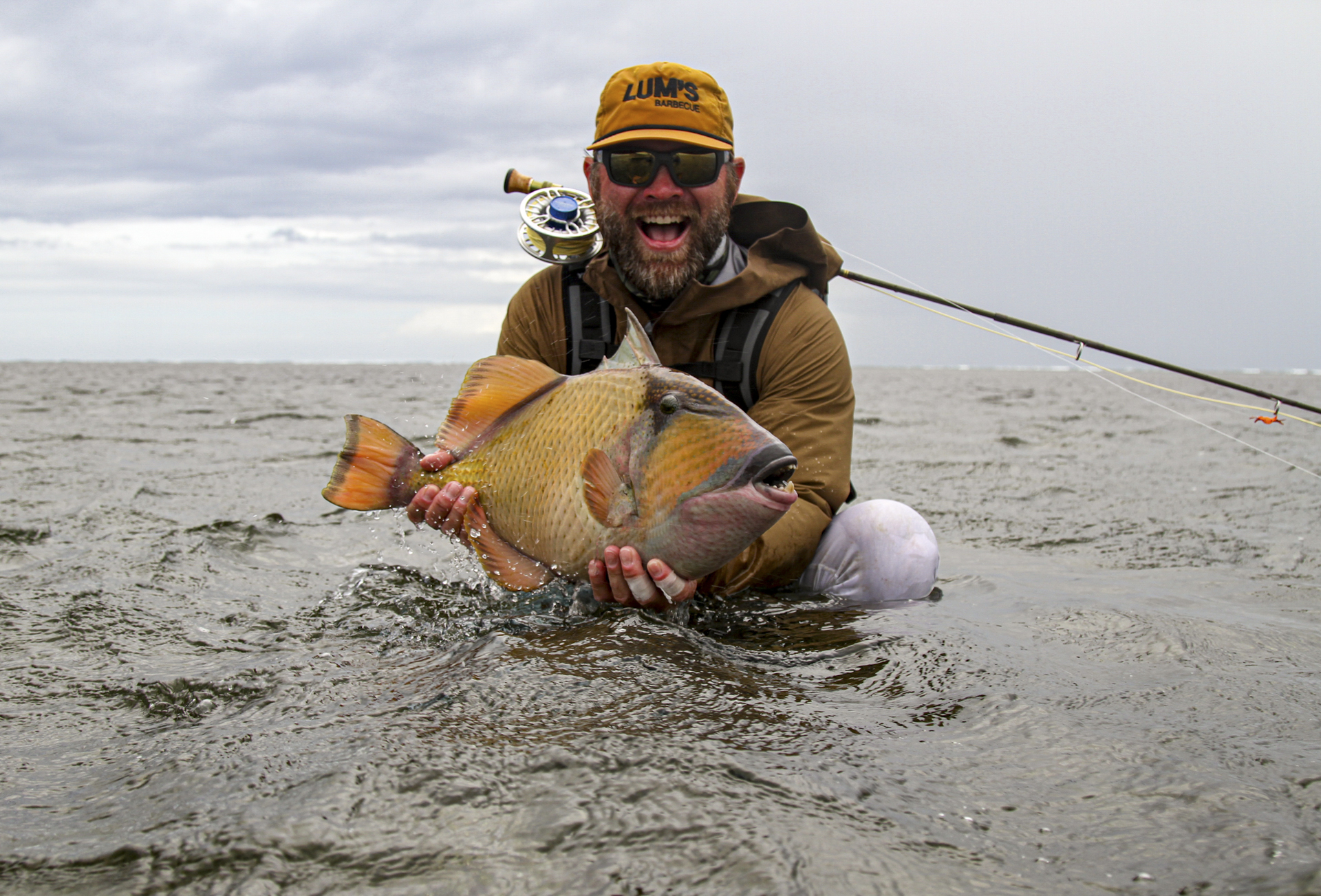 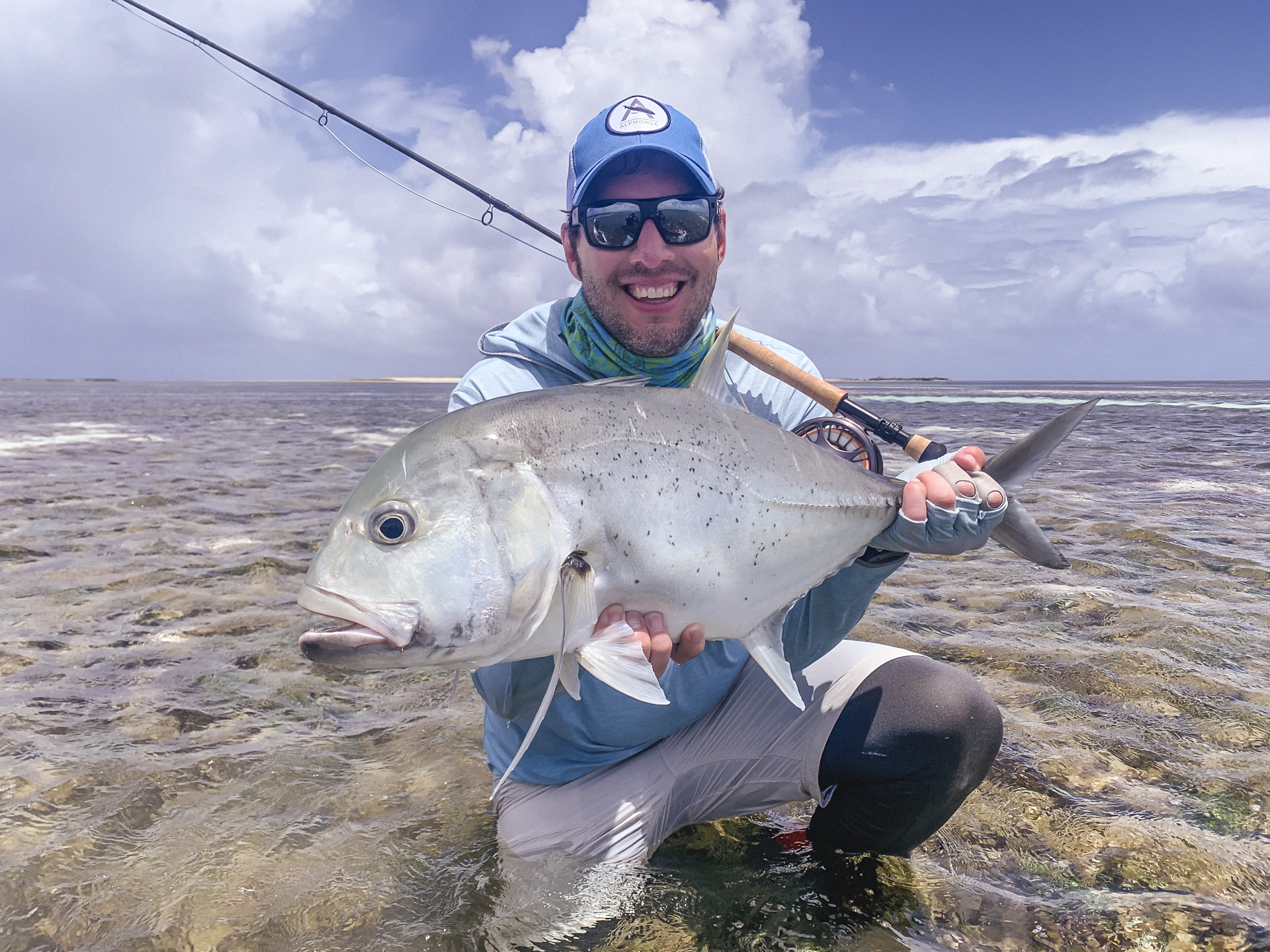 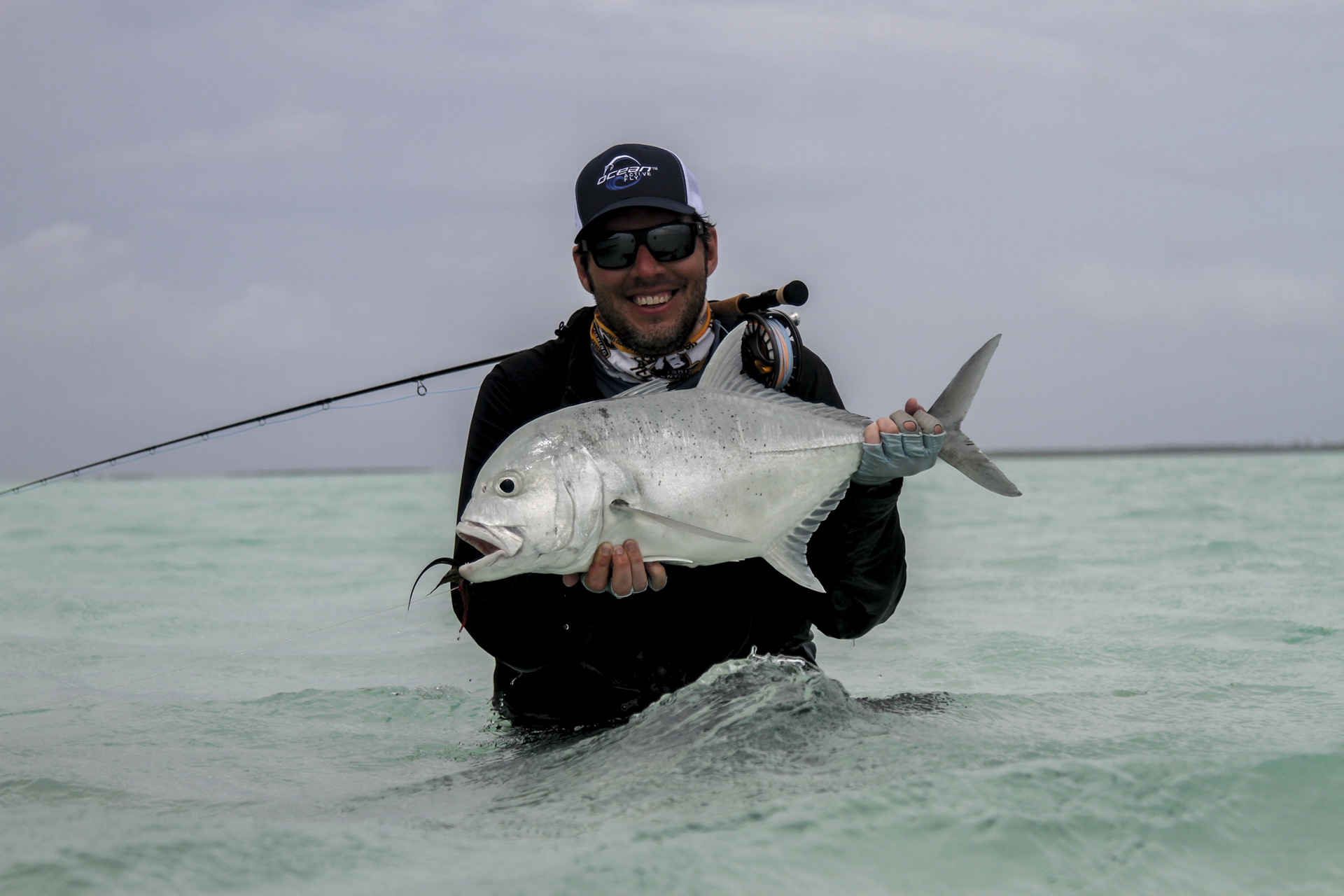 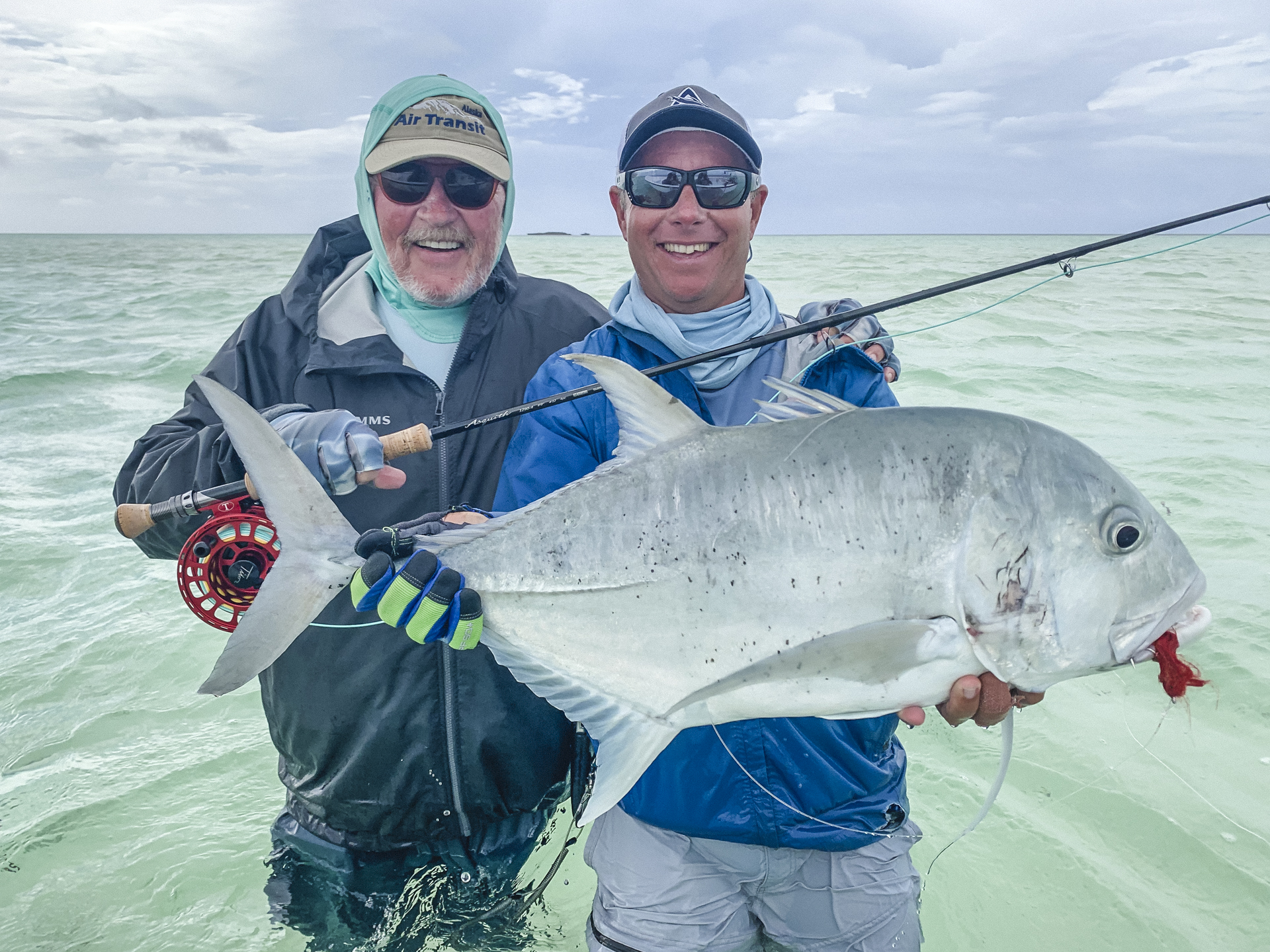 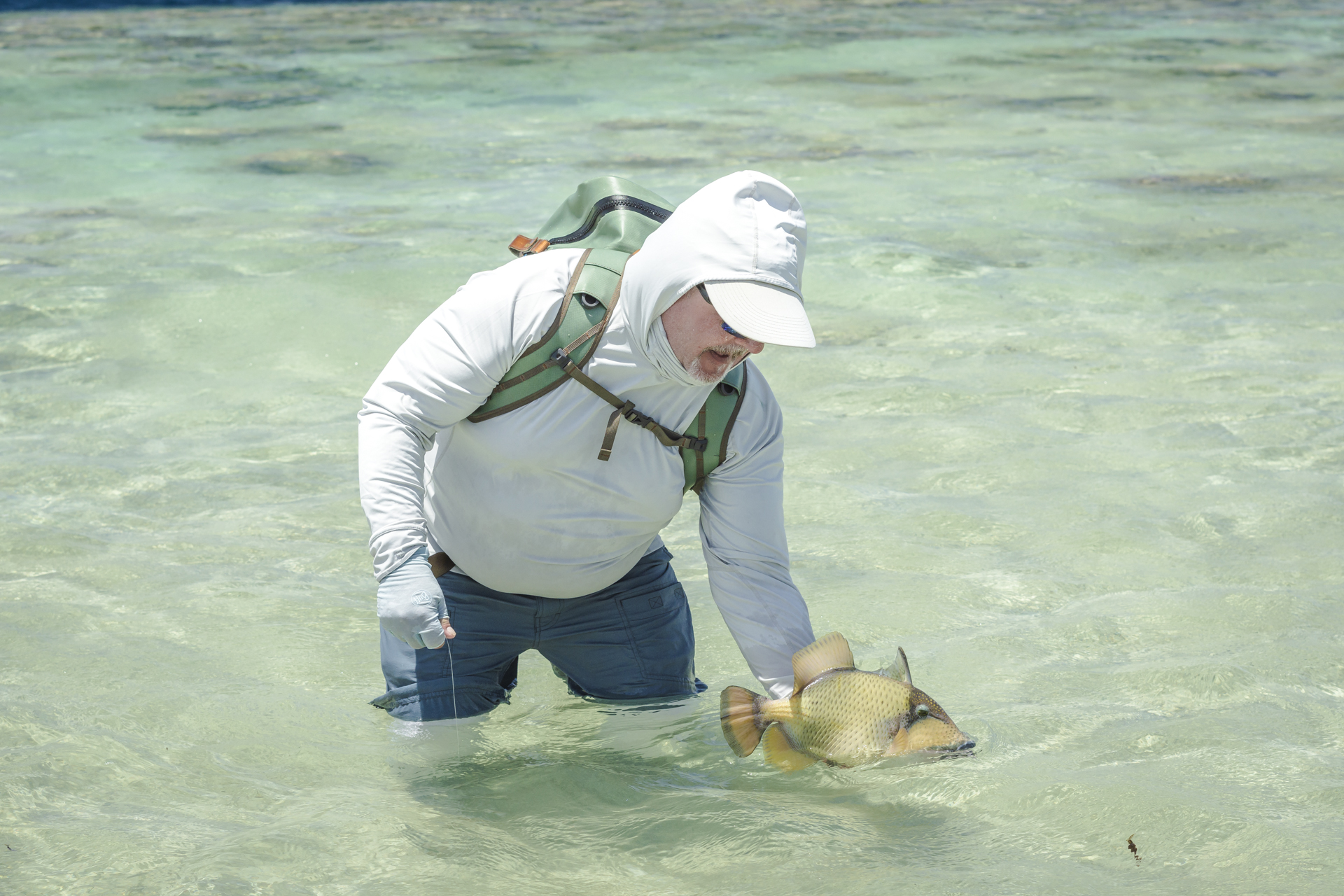