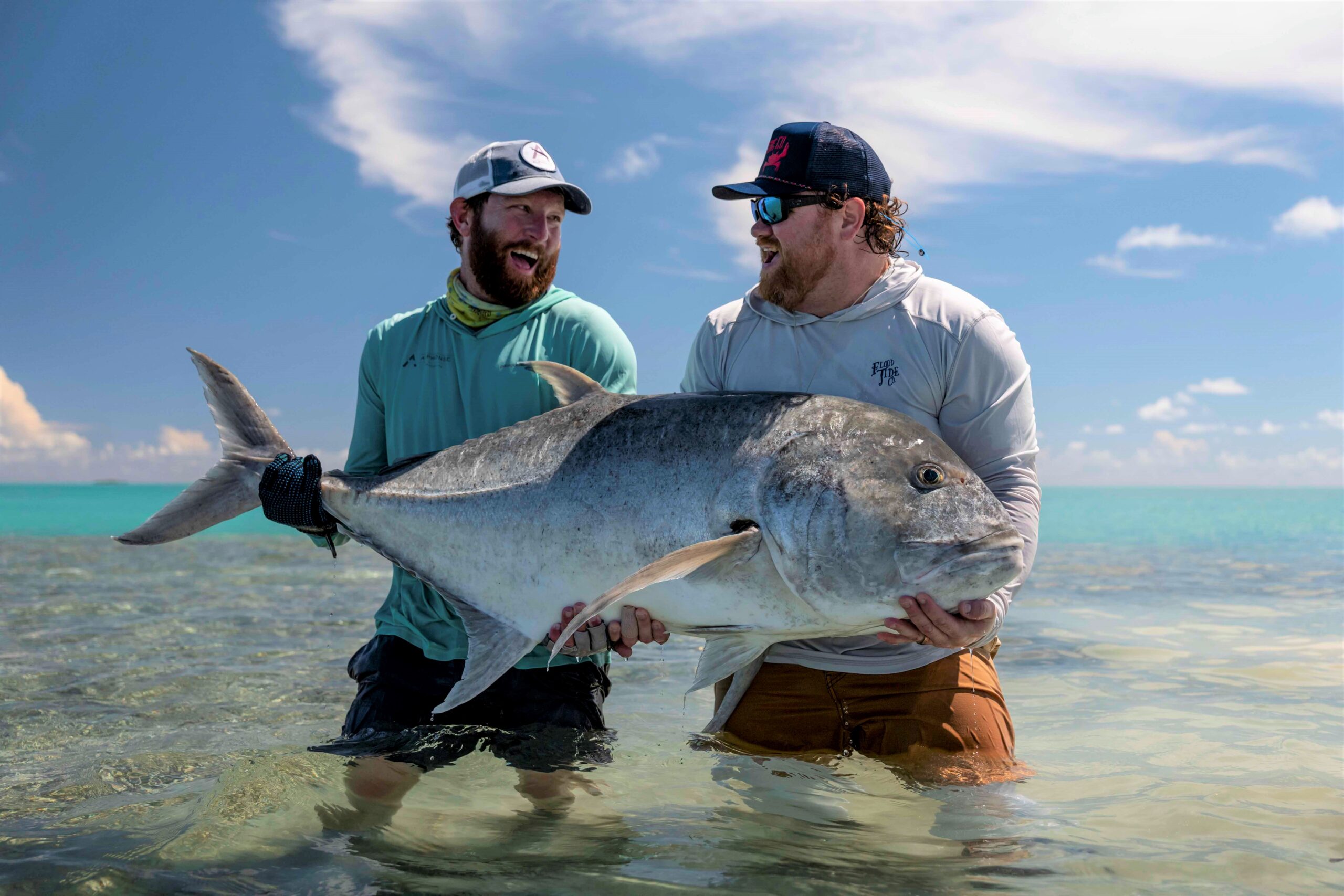 Flat calm conditions and spring tides were the order of the day. The big tides seemed to really flush the system out with some big surf and some big GT’s.

Day one of the trip really set the standard for the week. An impressive number of fish were seen moving on the flats and in the surf with some real bruisers were moving amongst them.

Harris got stuck into the swing of things early on but it was his 103 cm trophy GT in the surf that ate in ankle deep water that had everyone high-fiving as the fish tore off into his backing.

Rooster experienced a similar scenario later in the week with a brute of a fish that measured 106 cm. It seemed to be a week of trophy fish as everyone one managed to land their first Giant Trevally on fly with most guys getting shots at that magic-meter fish.

The Triggers also seemed to be playing ball in the flat calm conditions. Baron, Paul, Rooster and Brandon all managed to land their first Triggerfish on the flats.

Barron landed an absolute monster of a Moustache Triggerfish that measured 57 cm, the biggest trigger of the season so far. There seemed to be a lot more Milkfish activity on the flats this week and a few of the boys took advantage of the unusually high number. A few were hooked but it was Rooster who managed to stay connected to a solid Milk on the flats.

The talk of the week, however, was an event that took place on day one. Paul found himself on the bow staring down the barrel at the fish of an absolute lifetime. Not quite what you expect to happen on your first few hours on the flats. A Behemoth of a GT on the white sand in knee deep water charging down your fly is something we all dream of witnessing and Paul was on the receiving end. It didn’t stay on the flats for long however and after stitching Paul through some nasty coral it was a miracle that the fly line didn’t part. After some heroic diving skills by head guide Cameron Musgrave the fish was subdued and brought to the surface, 128 cm later! An absolute dinosaur and the fish of a lifetime.

An epic week was had by all with 5 fish breaking the 100 cm mark, many more lost and a bunch of other trophy species landed. Enough said!

TOTAL CATCHES STATS OF THE WEEK: 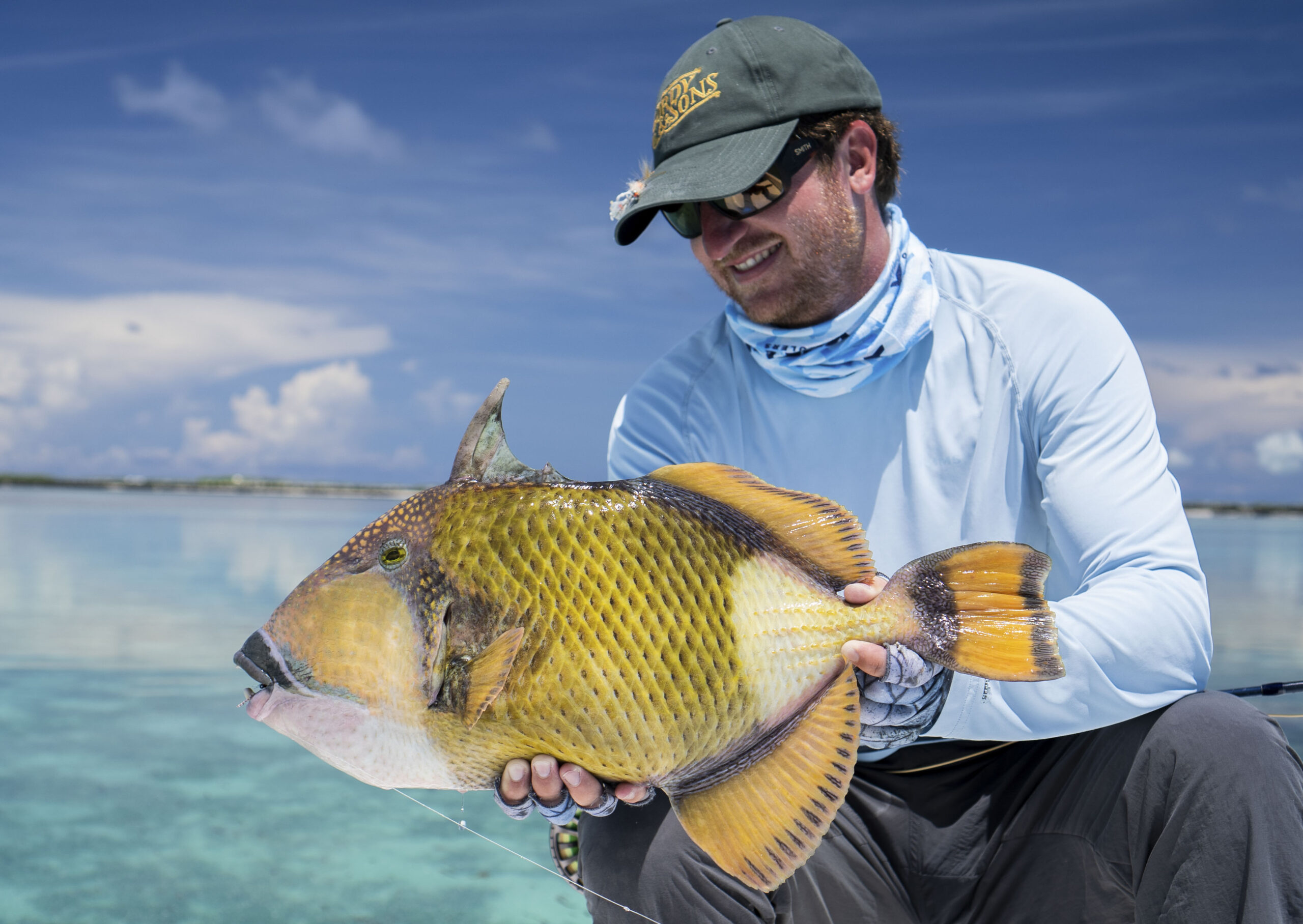 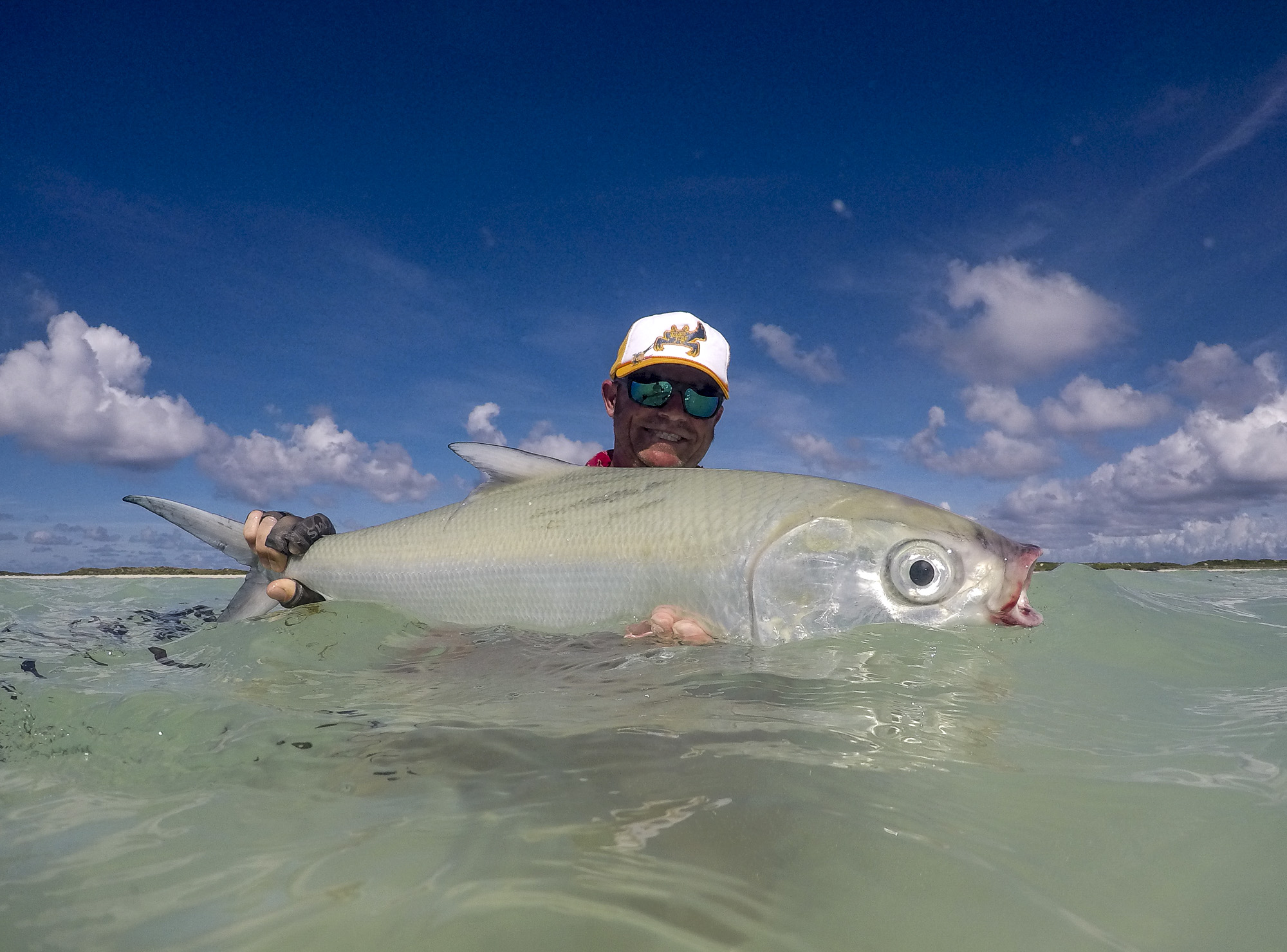 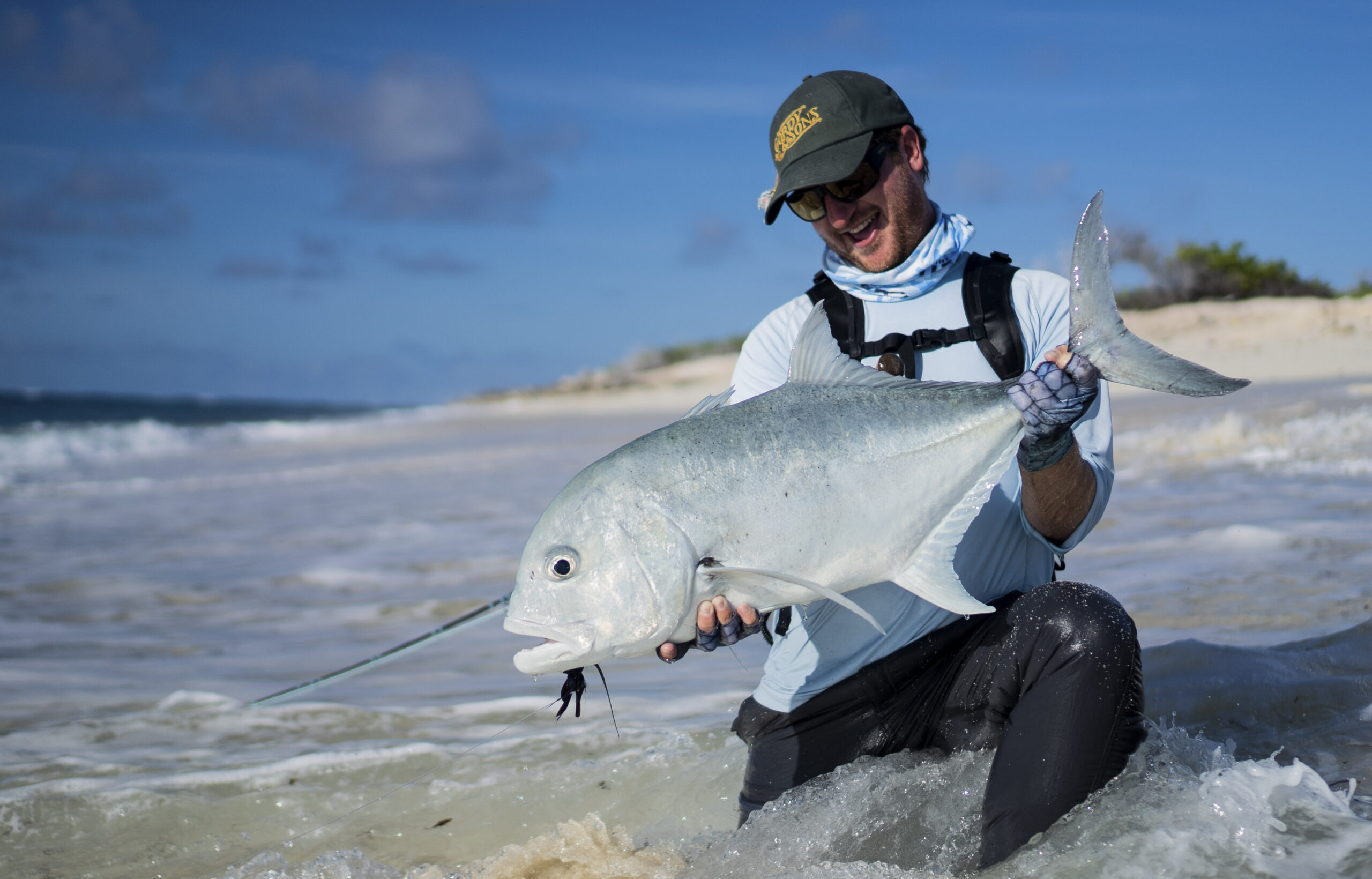 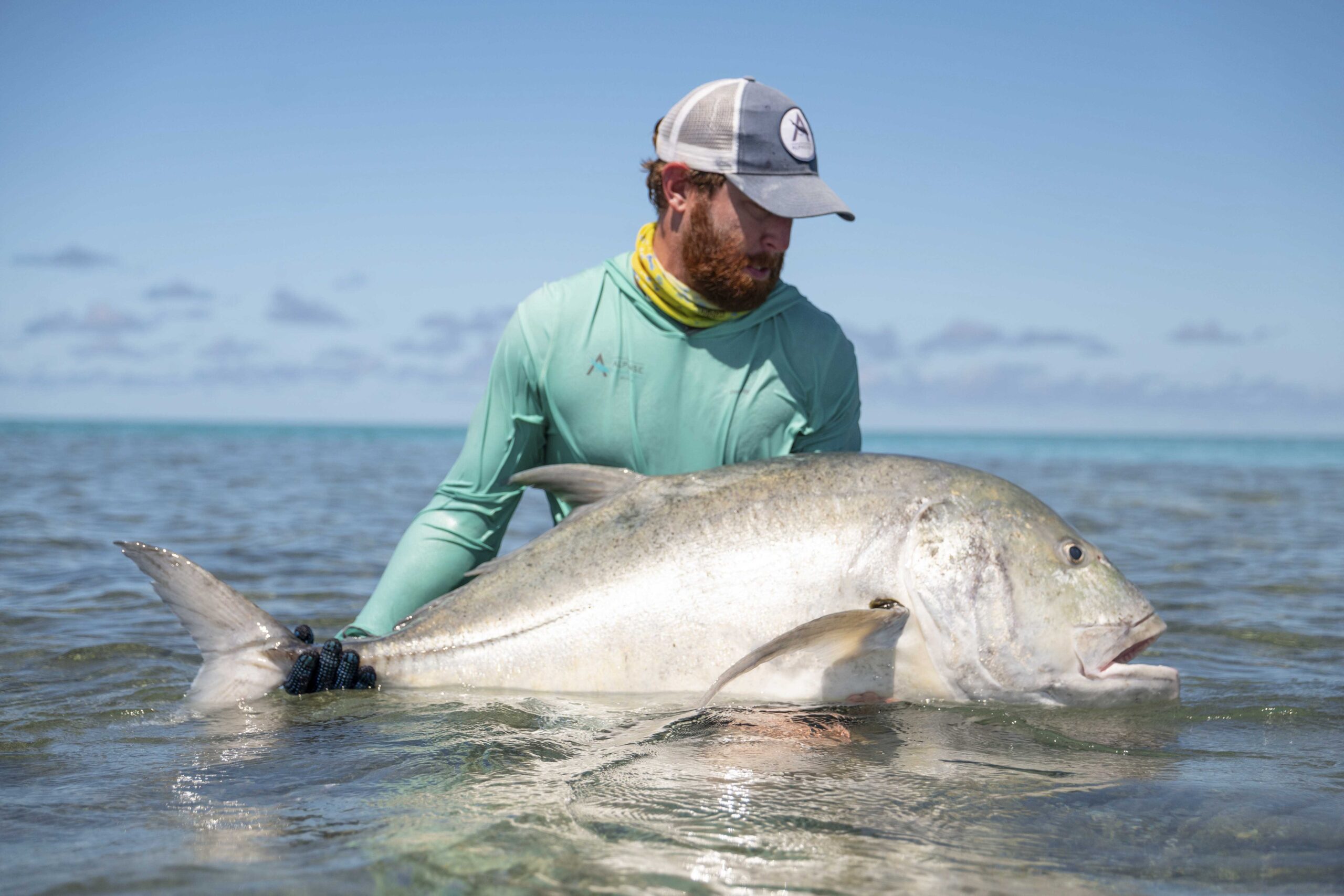 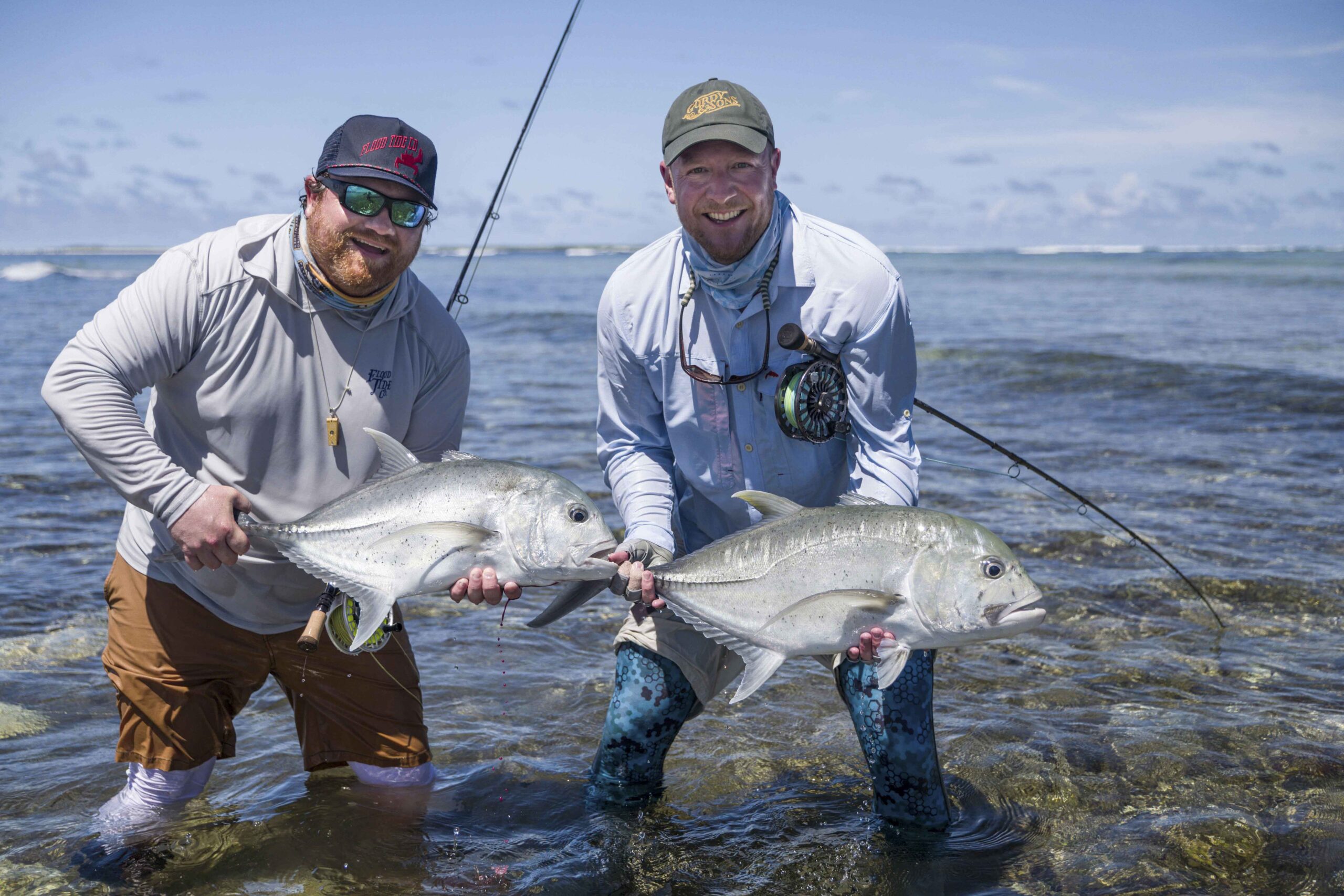 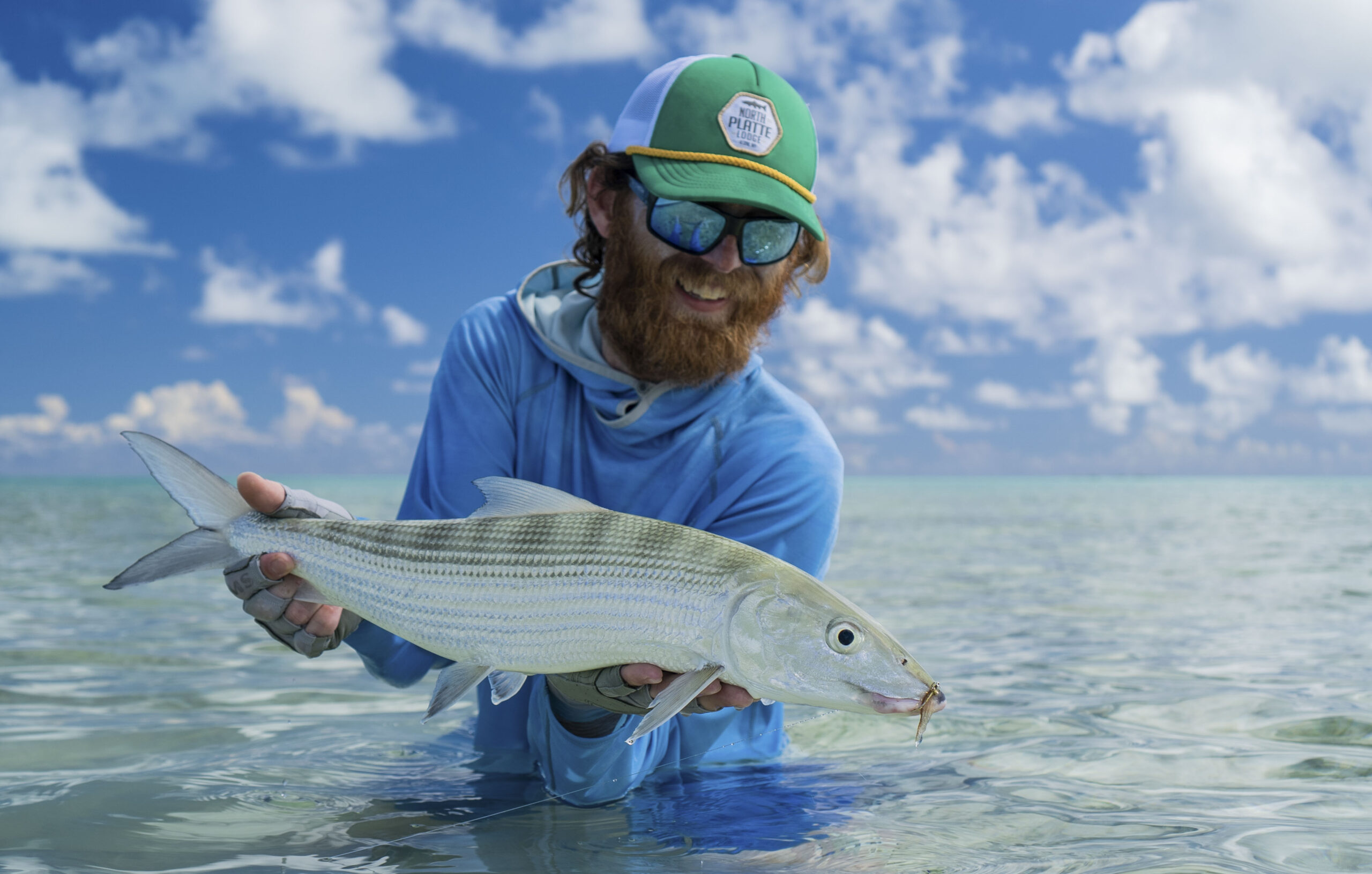