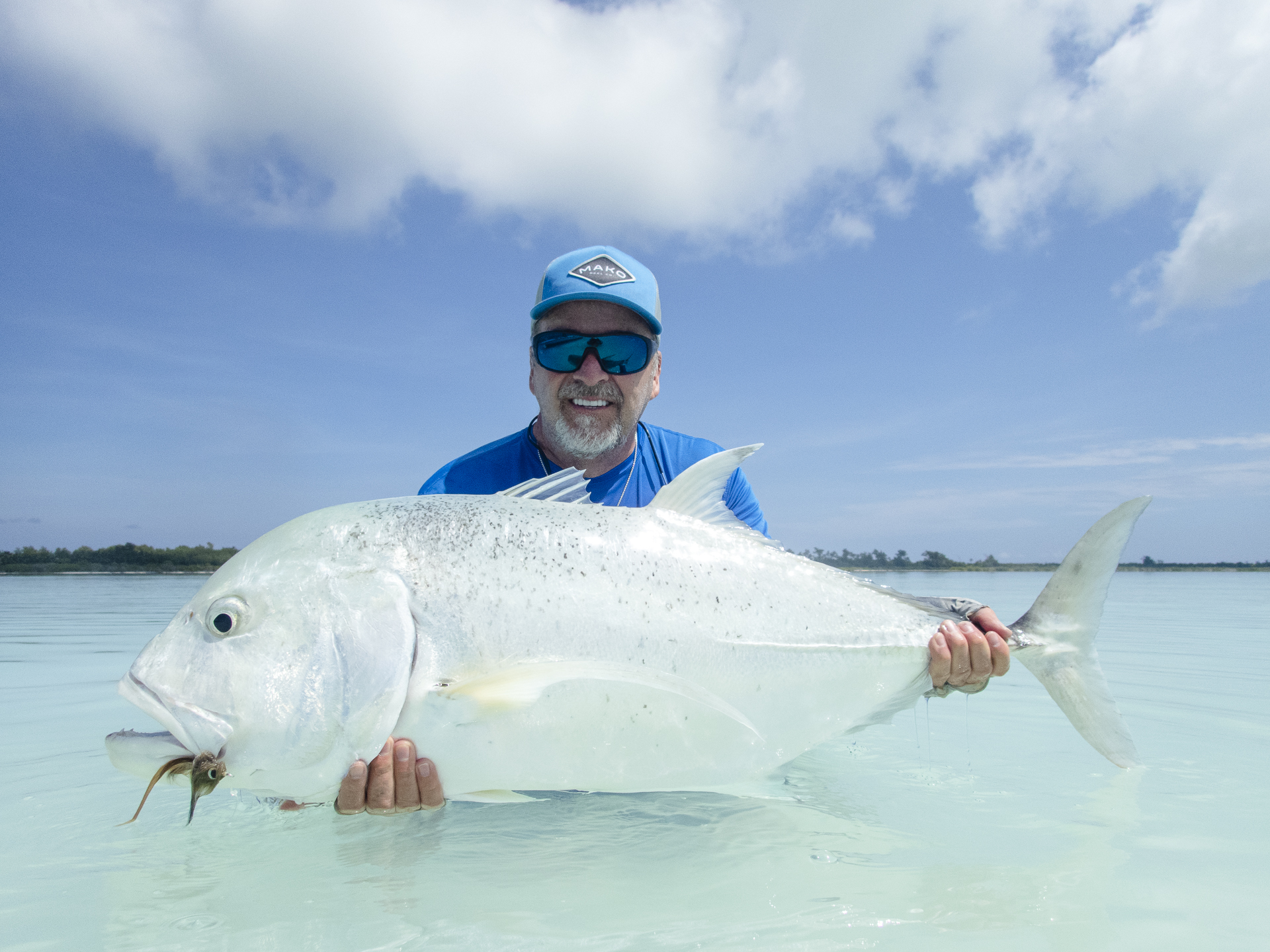 Week 19 started off with some nice spring tides and some over cast weather and some rain and wind. After tackle setup and a brief run down of how to present the fly and what to do when the fish eats the fly our group got in some practise!

On day one the weather was still not good and fishing was on the slow side, John Cook and Jamie took the boat to the outside of the reef where they had some fun with sending flies down and see what lives on the reef. After a few downs Jamie landed a bluefin trevally and shortly after John landed a 30 lb grouper.

As the week progressed the weather got better and the fishing stared to improve with John landing his first geet ever on fly in the lagoon of Astove, his fish was 74 cm GT.

On the second to last day of fishing, Kevin managed to get a fish of a lifetime in the lagoon after a hot morning and looking hard they finally spotted a some GT coming over the sand into the channel. Kevin made a cast and one strip he was on and landed a 95 cm GT, the biggest for the week and his personal best. That afternoon Jamie and John went to the outside again where Jamie got his first GT on fly, which measured 75 cm.

On the last day John Holman and Graig took the morning to go see  what’s out on the reef where they had lots of action and John was up first landing a 70 cm bluefin not long after Graig landed a 78 cm GT and after that it got wild with lots off fish around and everything happening! John and Graig pulled it off and landed 12 GT between them where the biggest was 78 cm. 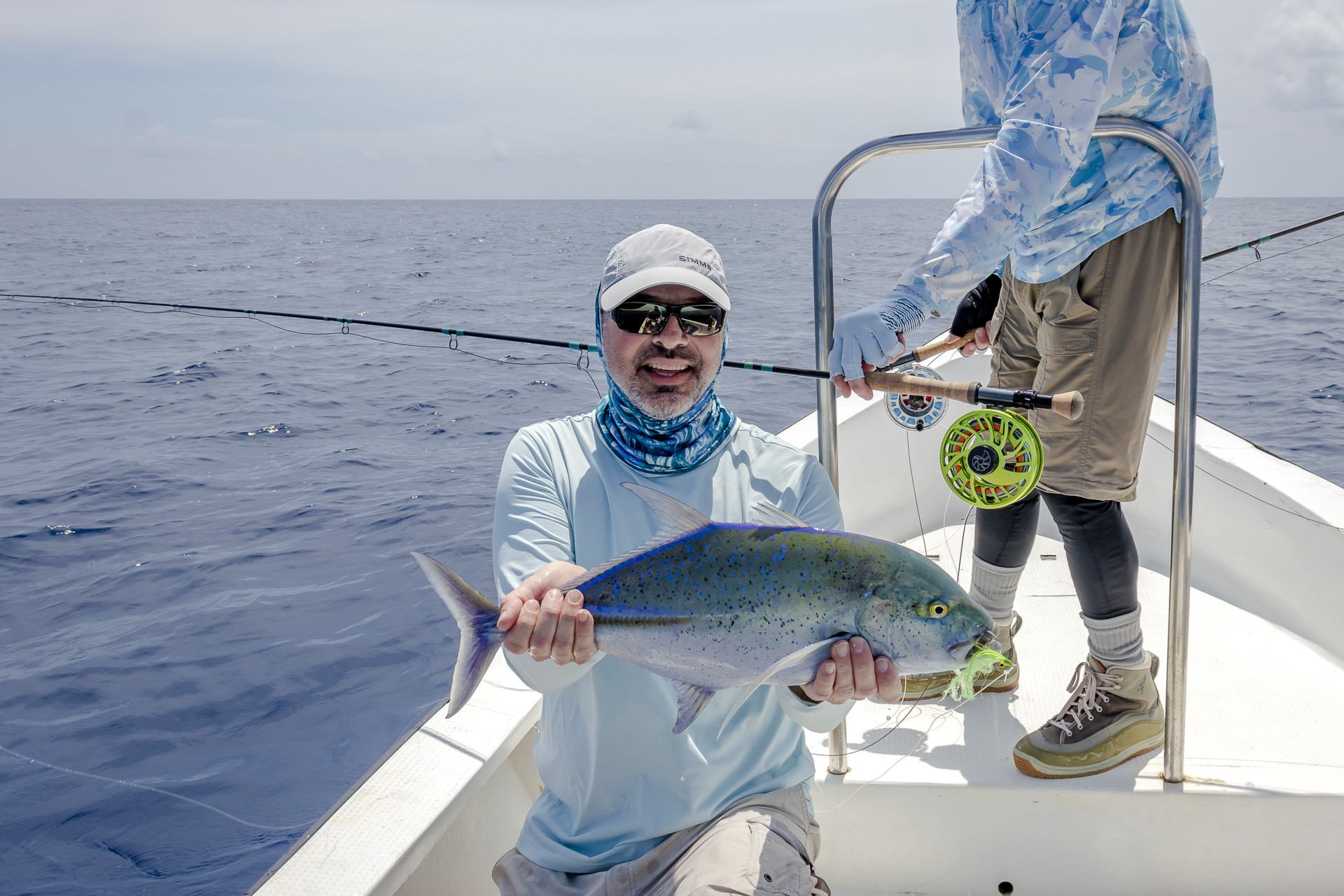 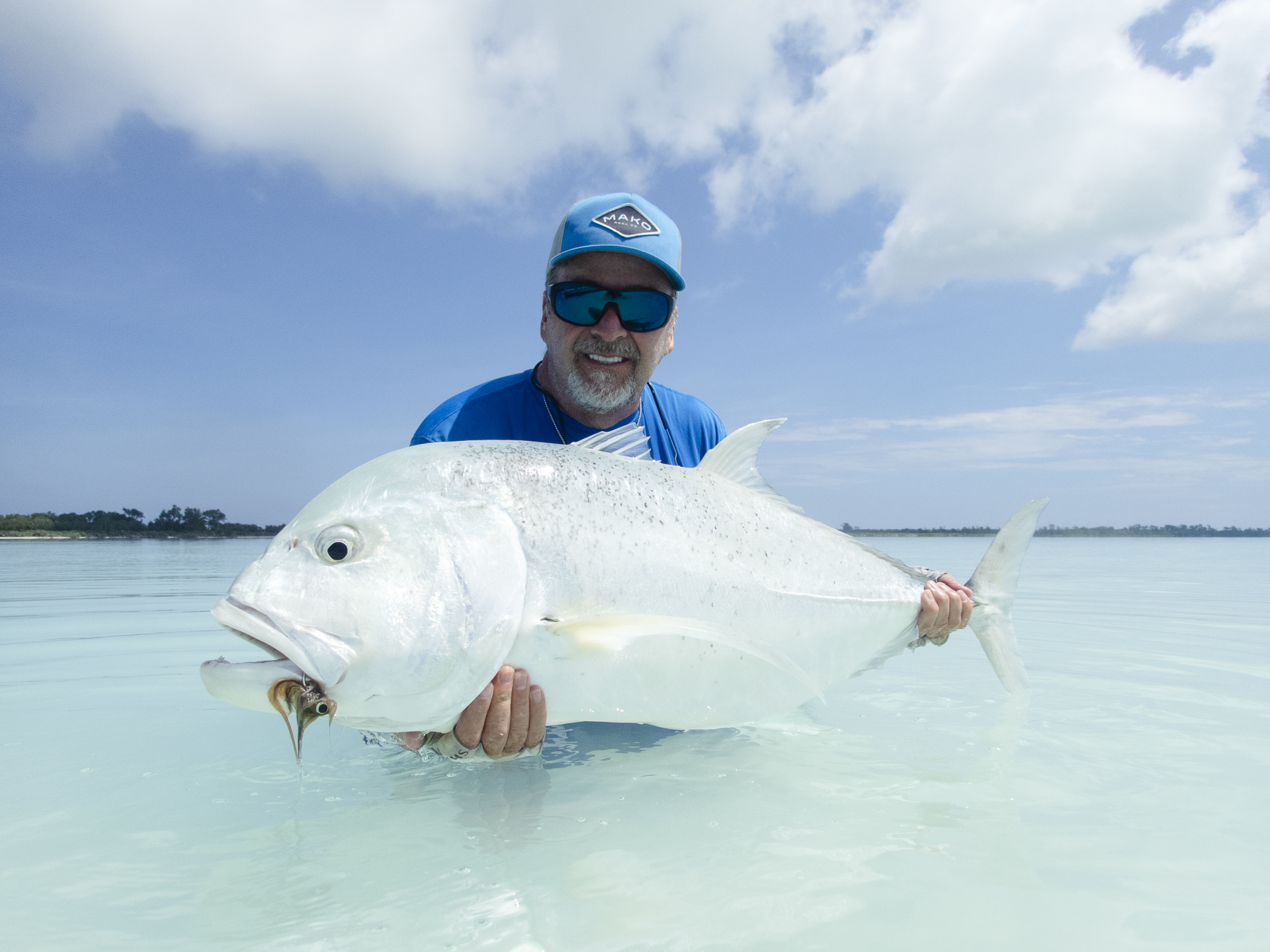 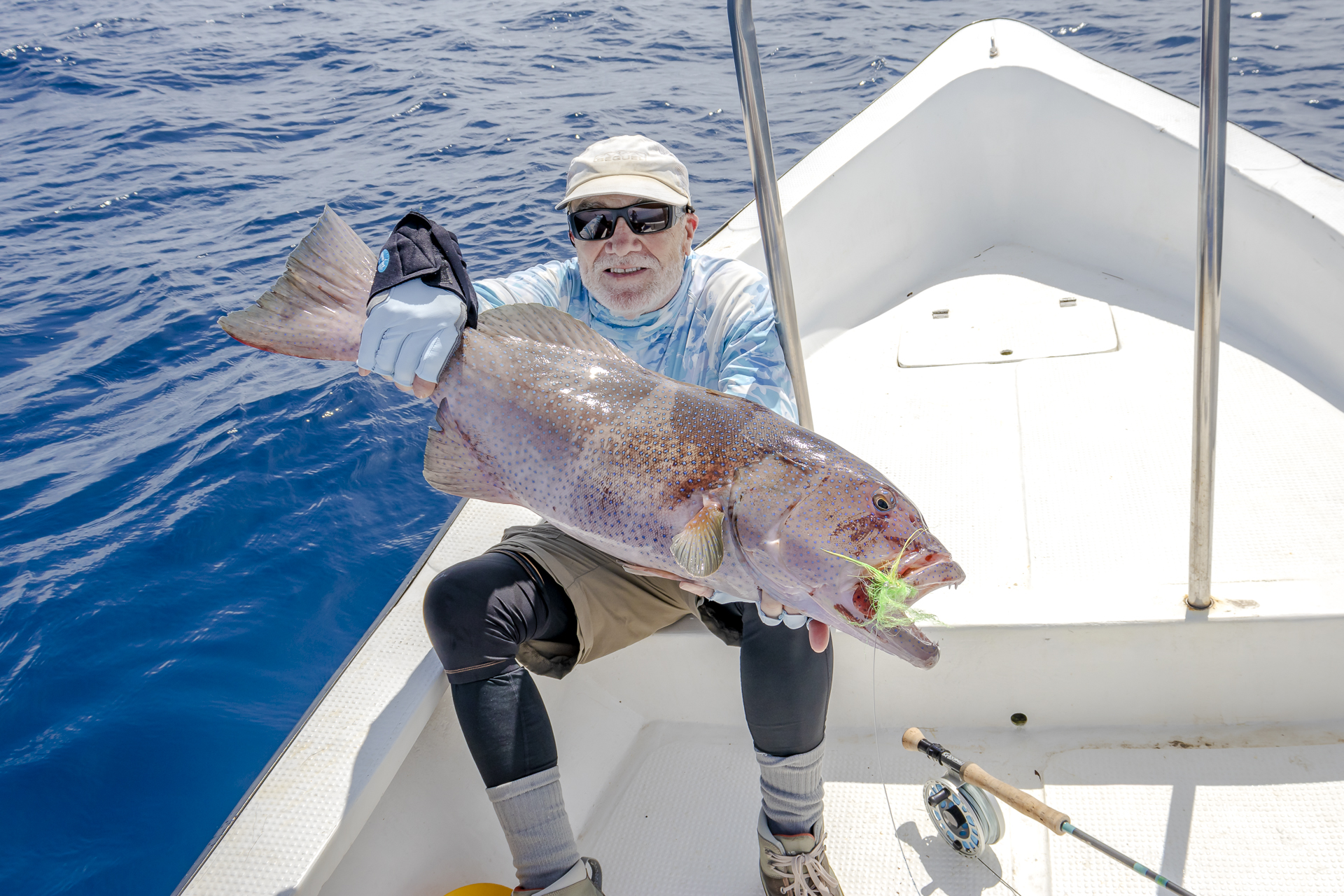