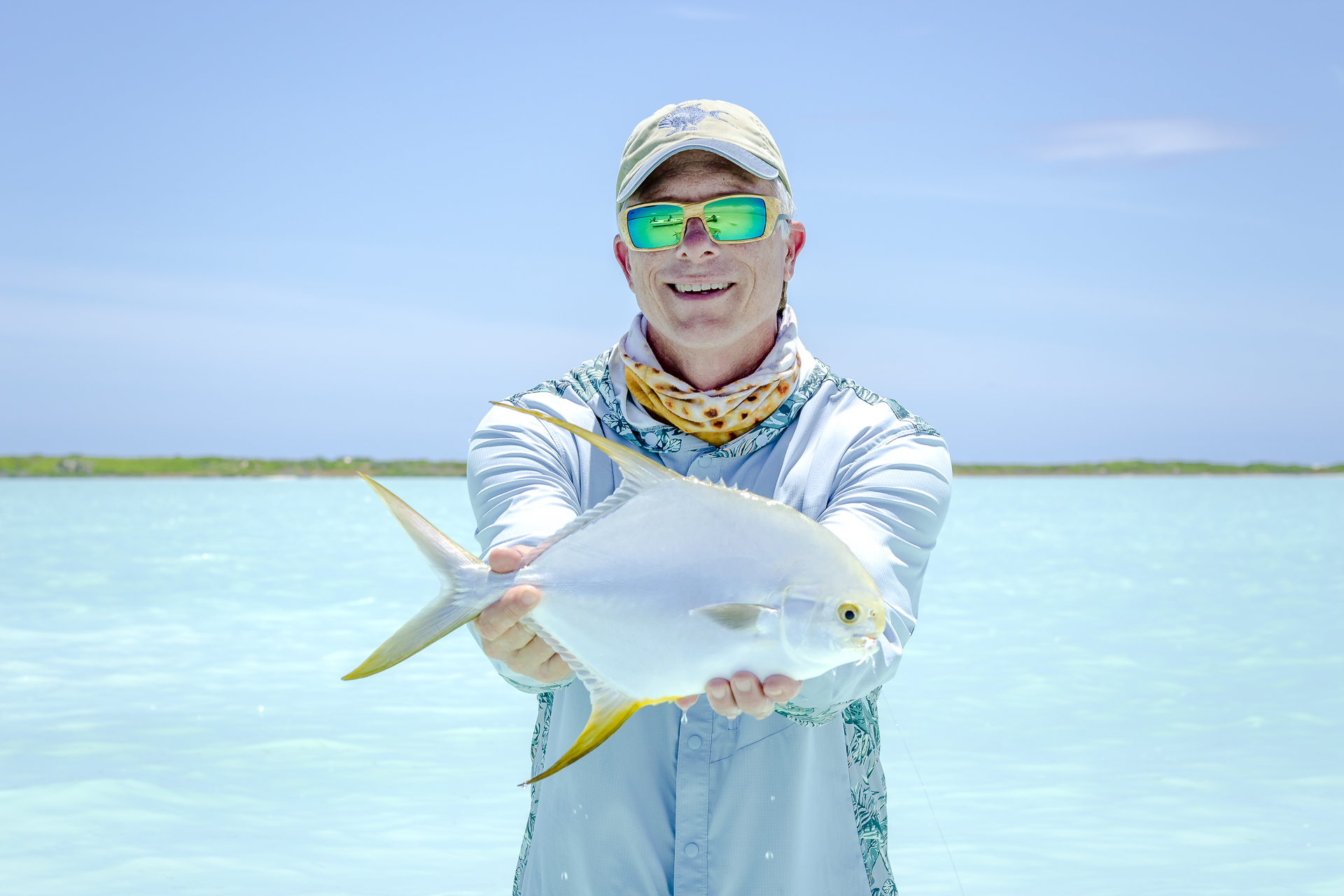 Week 15 started off with calm conditions and exiting spring tides and with the new group of anglers coming from a mostly saltwater background, they were all very excited to get out to the Seychelles and onto Astove island! On arrival, we had a quick tackle setup and a rundown on what to expect and how to handle the fish and how to present the fly to them, and then it was game on!

On day one, practice paid off for Jeremy, where he went out and managed to get himself two Flats Slams, with two nice GTs, two big triggers and two sizer bonefish!

On the second day John went out with the same game face as Jeremy and he managed to get himself a nice Flats Slam, where he got the trigger first, and then the hunt was on for the GT! In the late afternoon, John spotted a spectacular geet on a ray on the East, and he made the perfect cast and with one strip he managed to hook the geet and then bring the 80 cm geet to hand!

As the week progressed the weather and fishing got a little tough but it did not stop Greg and Anne from getting themselves some nice big bonefish in the morning and as the day went on the triggers started to show up. Anne was first up and it did not take her long to land one of these finicky fighters, as she hooked and landed one on her second cast! With that, the pressure was on for her husband, Greg, and thankfully with great skill and patience, he landed a big trigger of 50 cm, that he had been casting to for 10 minutes. A very well done!

On the second-to-last day, Michael and Jeremy took a walk along the cliffs off Astove where they saw a few good-sized geets. Jeremy was up first he managed to land a 79 cm geet after he had to jump off the rocks in the water to stop the fish from cutting him off! Late that afternoon Michael saw a nice geet sitting on a ray he made the cast and with one strip he was on he managed to land a fish of 69 cm.

Well done to all of our anglers on Astove this week and we can’t wait to have you back in the Seychelles with us soon.

Tight lines from the Alphonse Fishing Co. Team on Astove 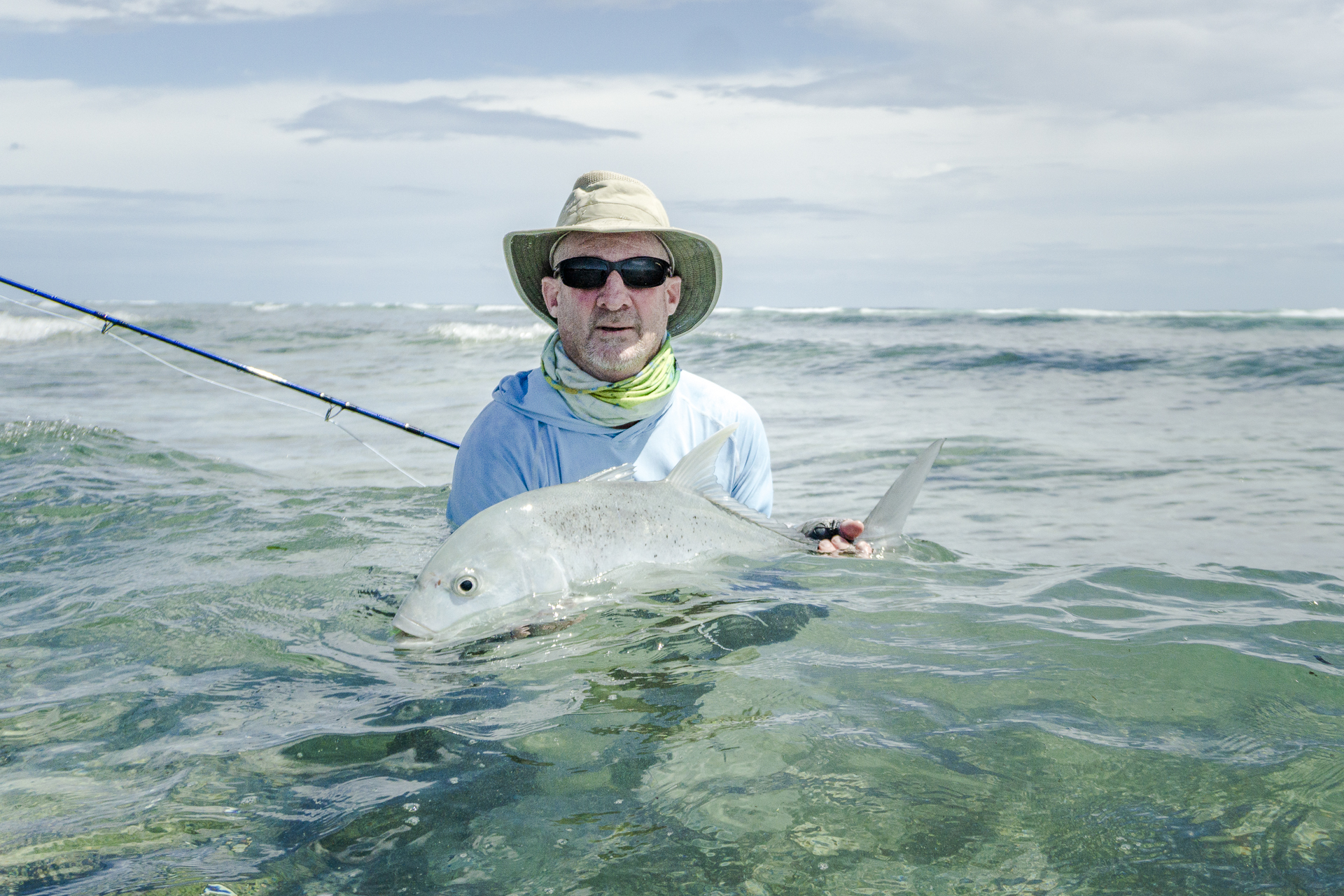 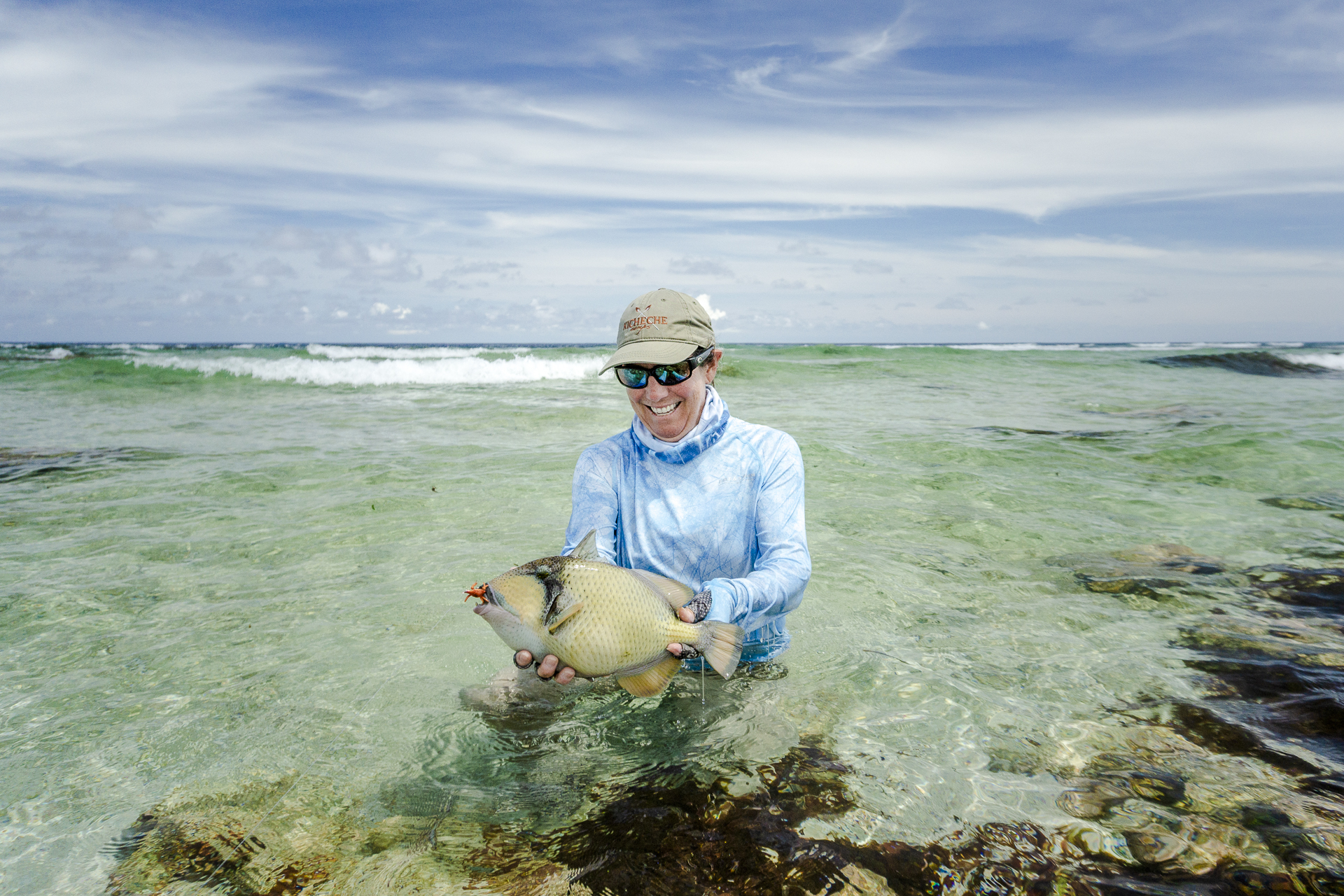