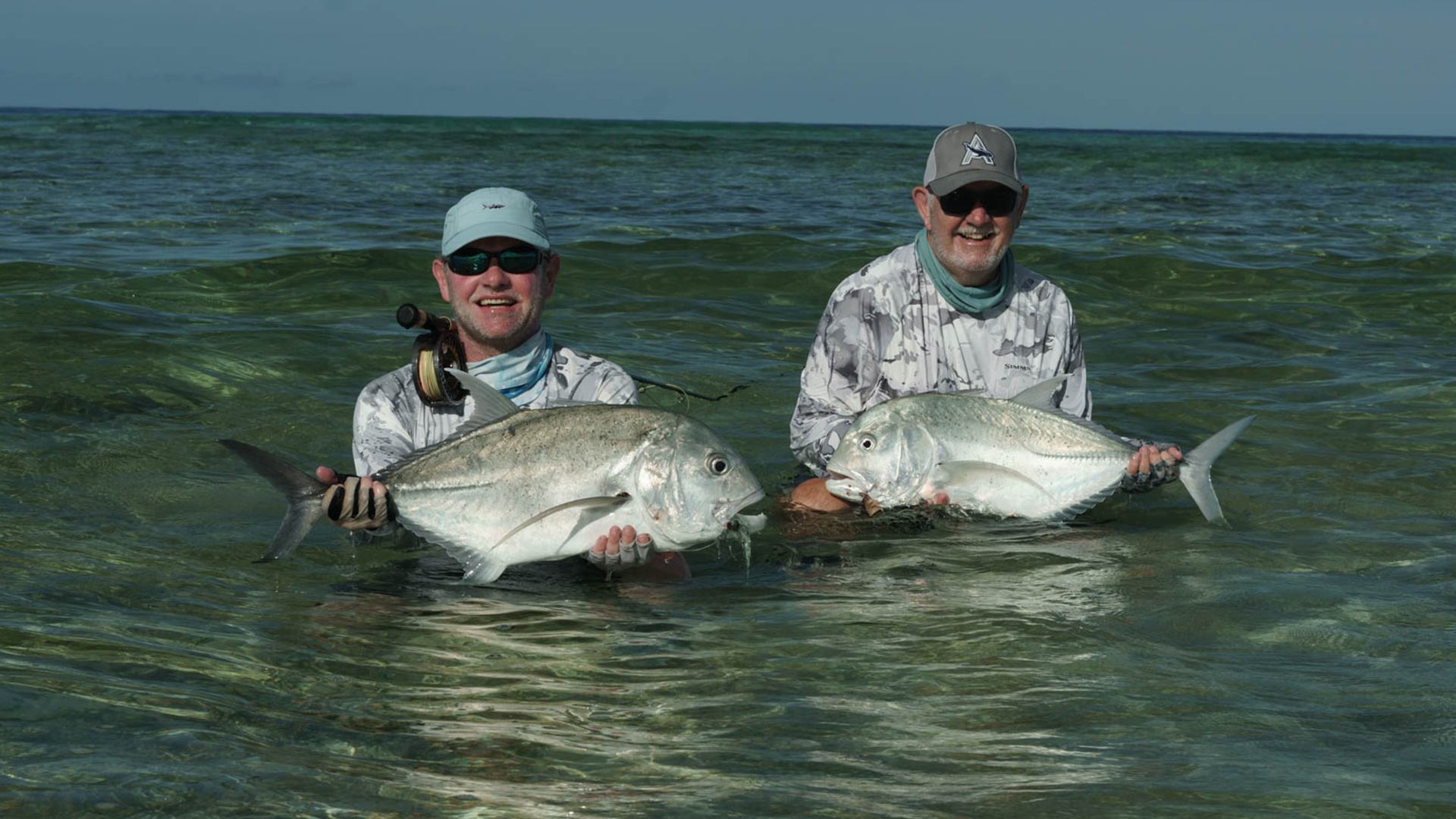 Week 19 was a combination week with leisure and fly fishing guests on the island. Moving from neaps to springs opened the opportunity to cover lots of water and see almost the entire Astove Atoll in the week.

We only had two fishermen on sight which was very beneficial to us all. Michael Rudman and Angus Selby (Australian fire fund auction winner) had exceptional weather for the week despite Saturday and Sunday being very breezy.

Day one was spent in the north of the Atoll and the fish played their part, showing up in big numbers. Mike managed a decent 70 cm GT and the rest were taken as a learning curve for times to come. By midweek the weather was still amazingly still and full of sunshine, the practice paid off with each guest getting four GT’s each for two days in a row.

One special day to remember was described to me by the guests as unexplainably magical.

It all started at the mouth of the lagoon where there were huge numbers of rays waiting for the tide to push and almost everyone had a GT on it. On three separate occasions, the guests were onto a double and would literally land a fish release it and take another shot.

Once the fish started to disperse the guys moved to the outside of the reef to do some teasing, within minutes and for both guests fished at sailfish, they were both not even 20 metres out. After the sails left us alone it was onto the GT’s once again and almost the entirety of the afternoon was spent fishing at packs of 10-15 GT’s on the tease.

The last two days of the week were not as easy weather-wise, but Mike and Angus pushed on and still managed some great fish. Mikes best fish for the week being a 95c m GT and Gus being an 80 cm GT. 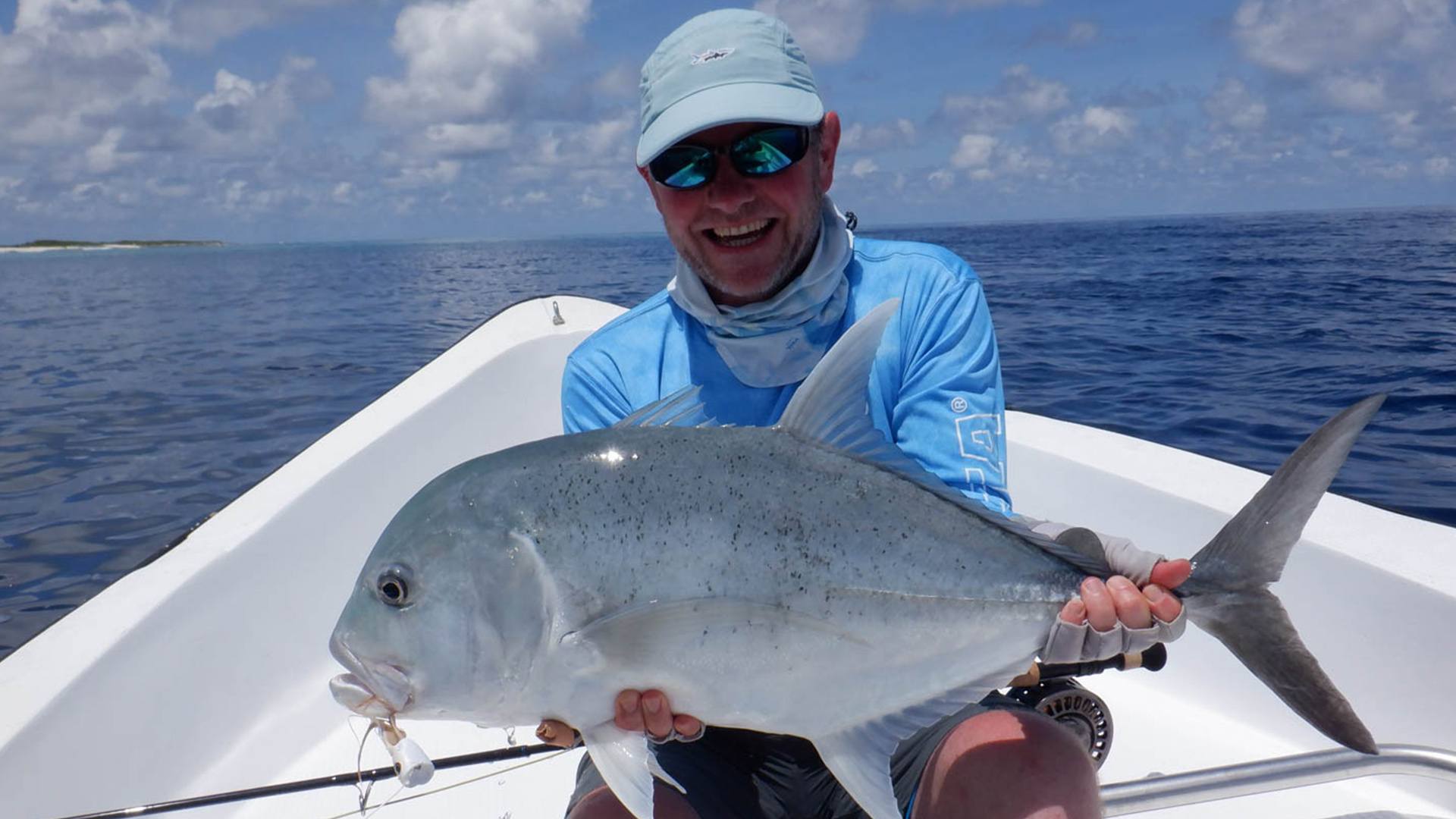 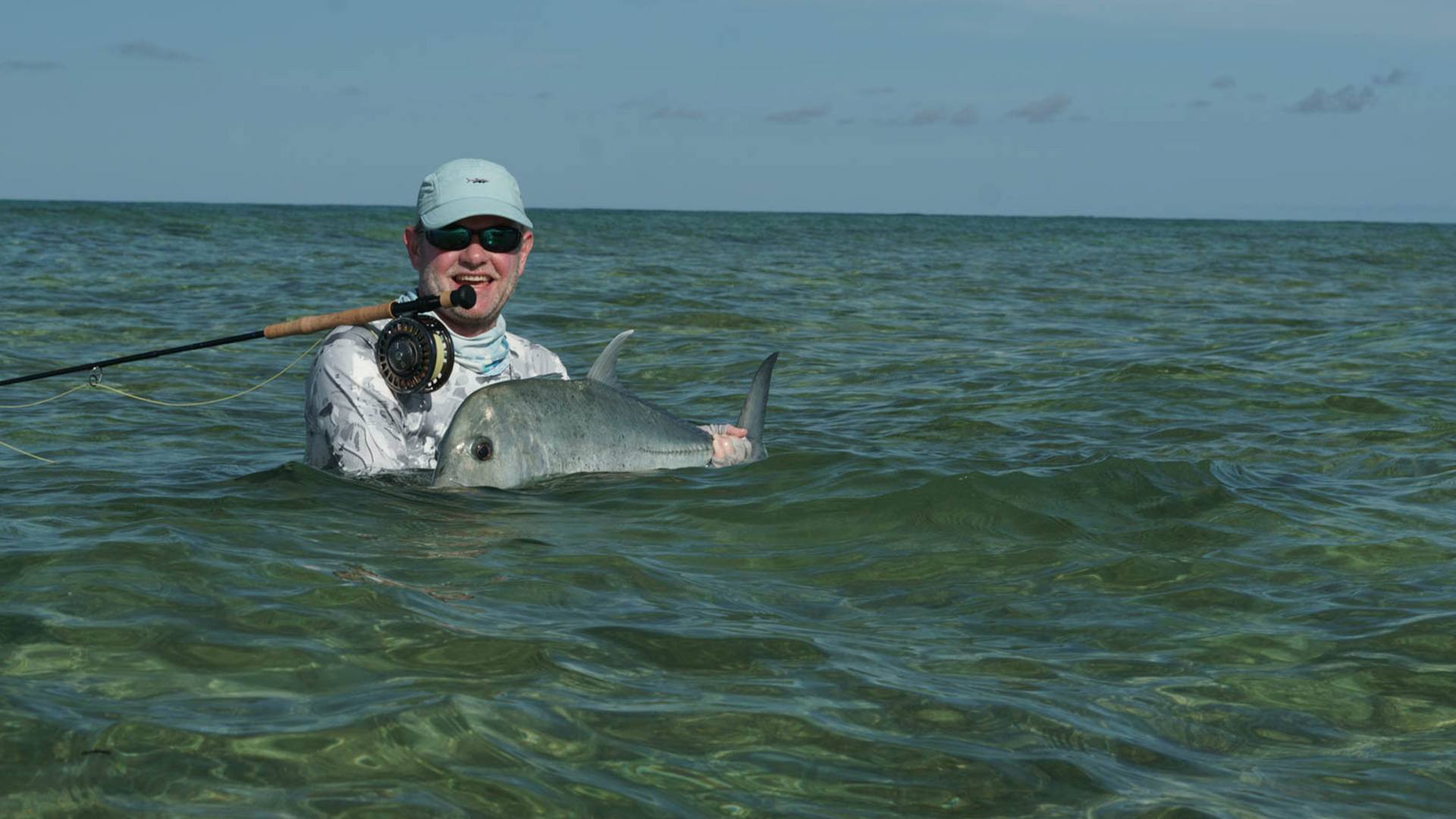 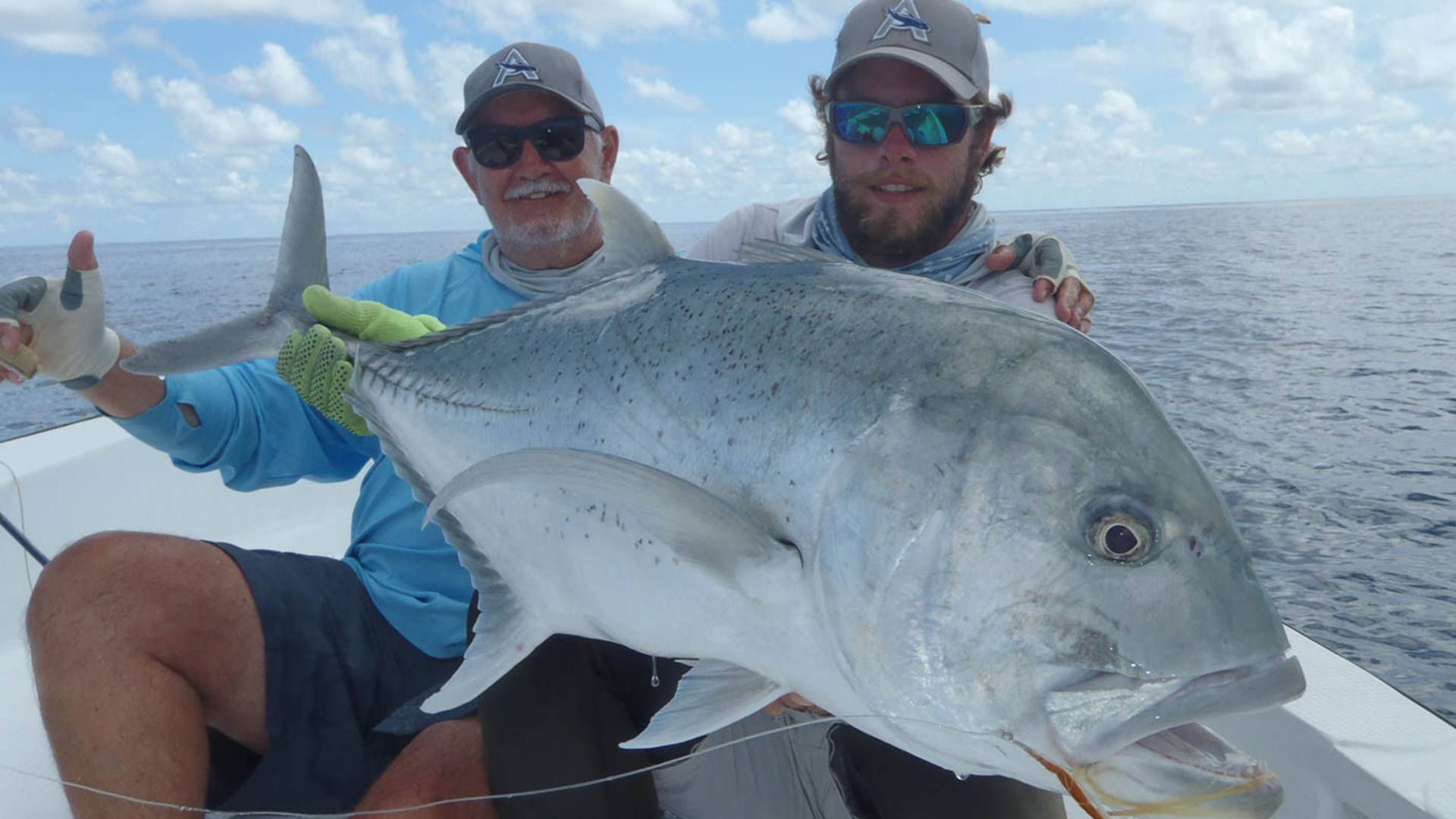 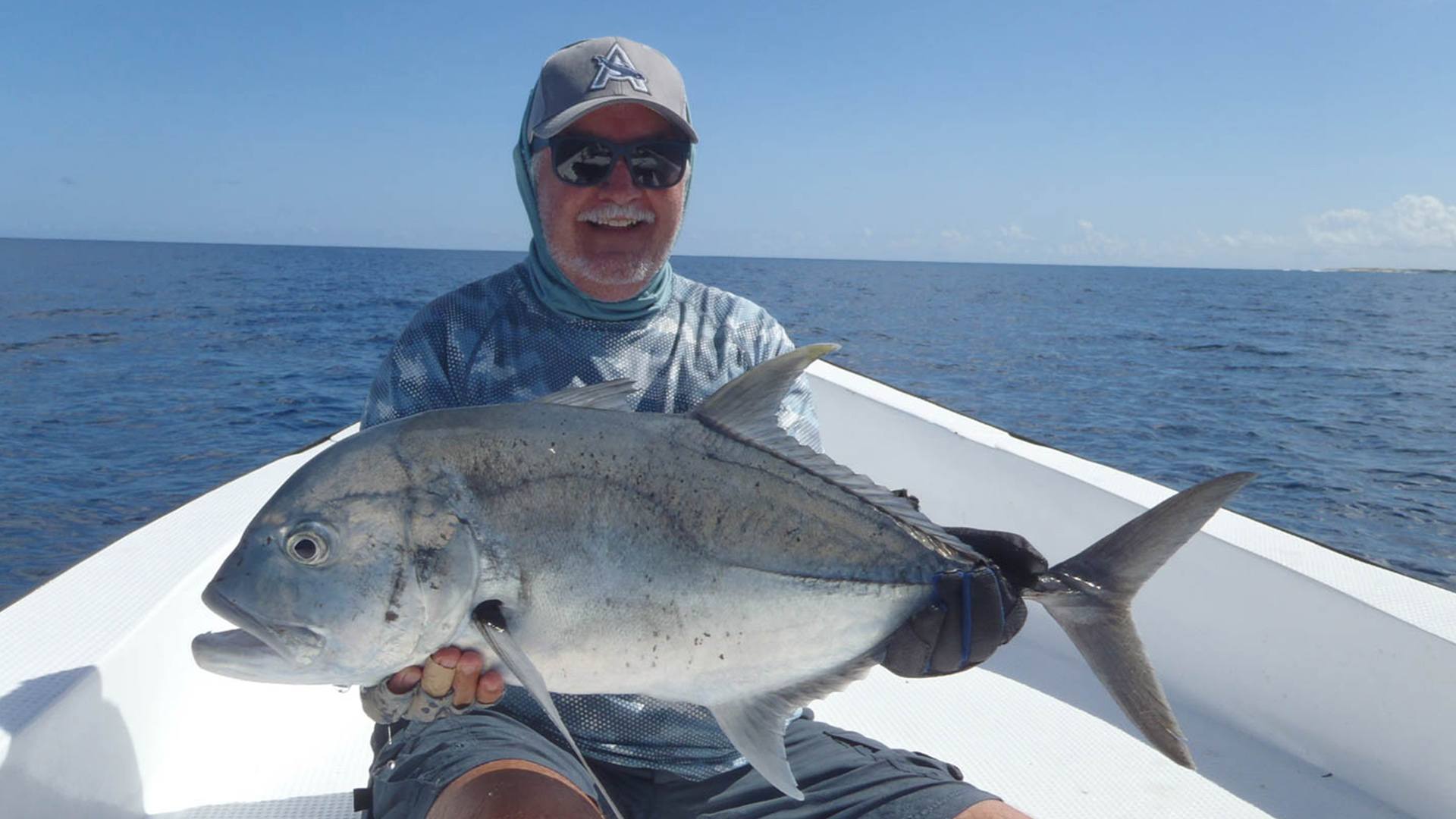 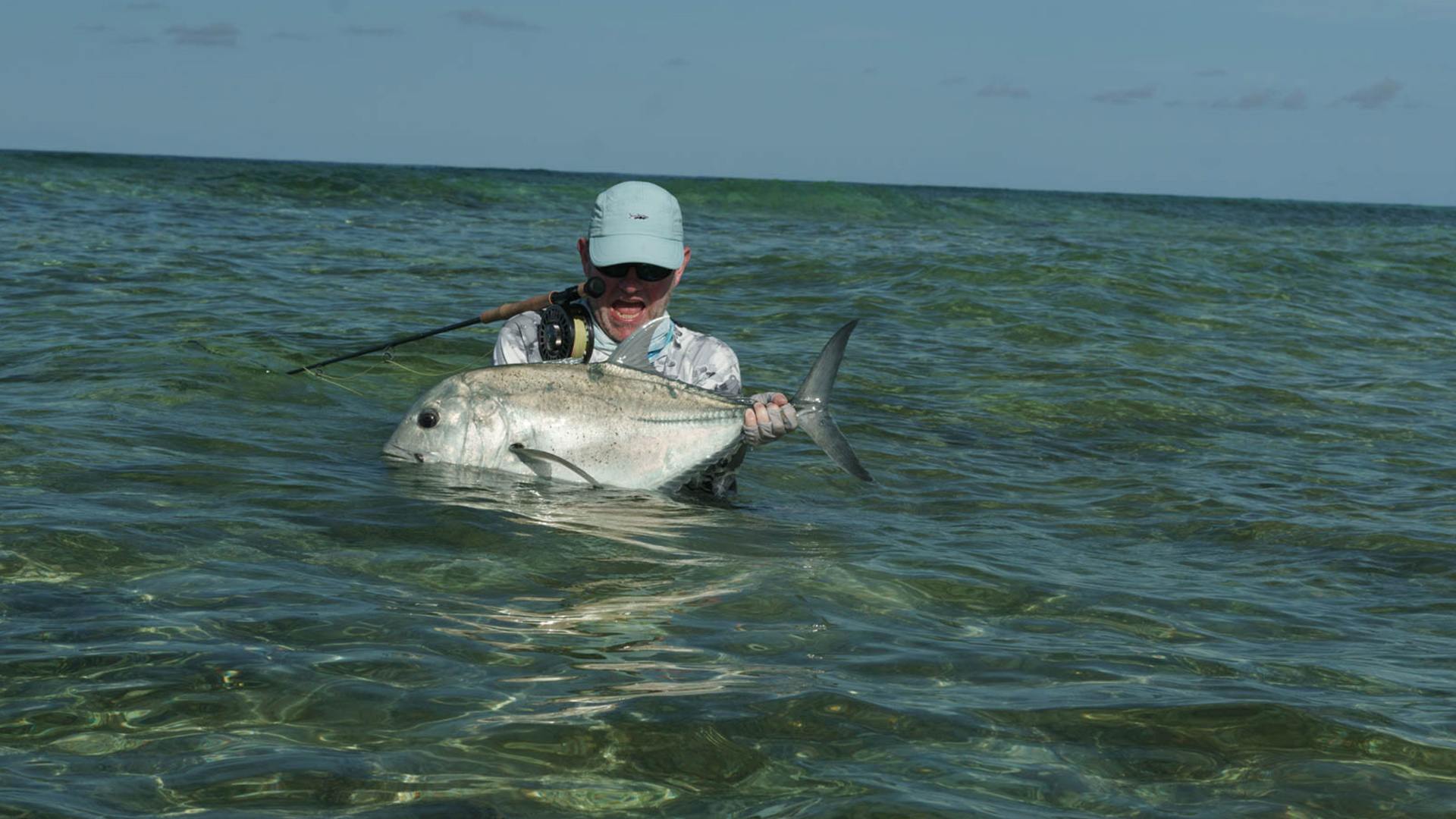