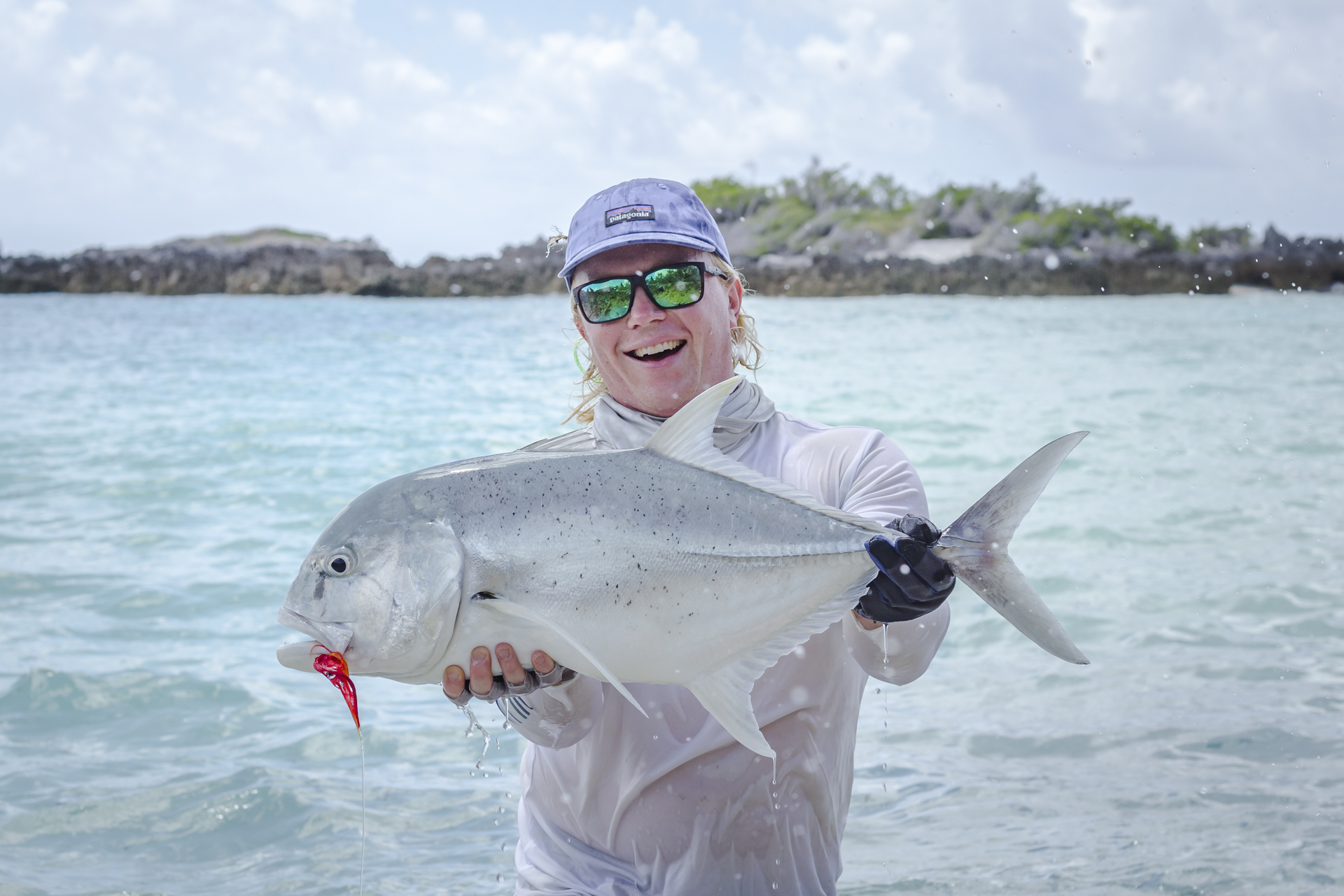 Week six started off with some strong winds still blowing and some exciting neap tides going into springs at the end off the week. After tackle was all set up and a brief rundown of how to present the fly and what to do when the fish eats all the anglers of week six rushed out to the flats to do some practice and to get the rust off for the first days fishing.

Mid-week conditions improved drastically with the wind dying down and fishing numbers going up, with James going out and managing to get an impressive Flats Slam with a GT of 65 cm and a beautiful giant triggerfish and he close the account with the bonefish.

On day five Josef managed to land himself a GT in the morning and then proceeded on the hunt for triggerfish. He managed to get in a good cast and the fish did not ask any questions, he landed a trigger and then he was onto the bonefish hunt. He ended up with a tally of 20+ bonefish for the afternoon!

At the end of the week Alex took on the lagoon for the last two days and it was well worth it! He landed a 94 cm GT and a 75 cm in no longer then 20 minutes – he was still taking photos of the first fish when the second fish was showing himself back out the water trying to eat bonefish in the shallows. James went for a nice surf walk along the east and got an awesome 75 cm GT. They had an afternoon of spotting lots of fish however they were swimming just out of casting range. 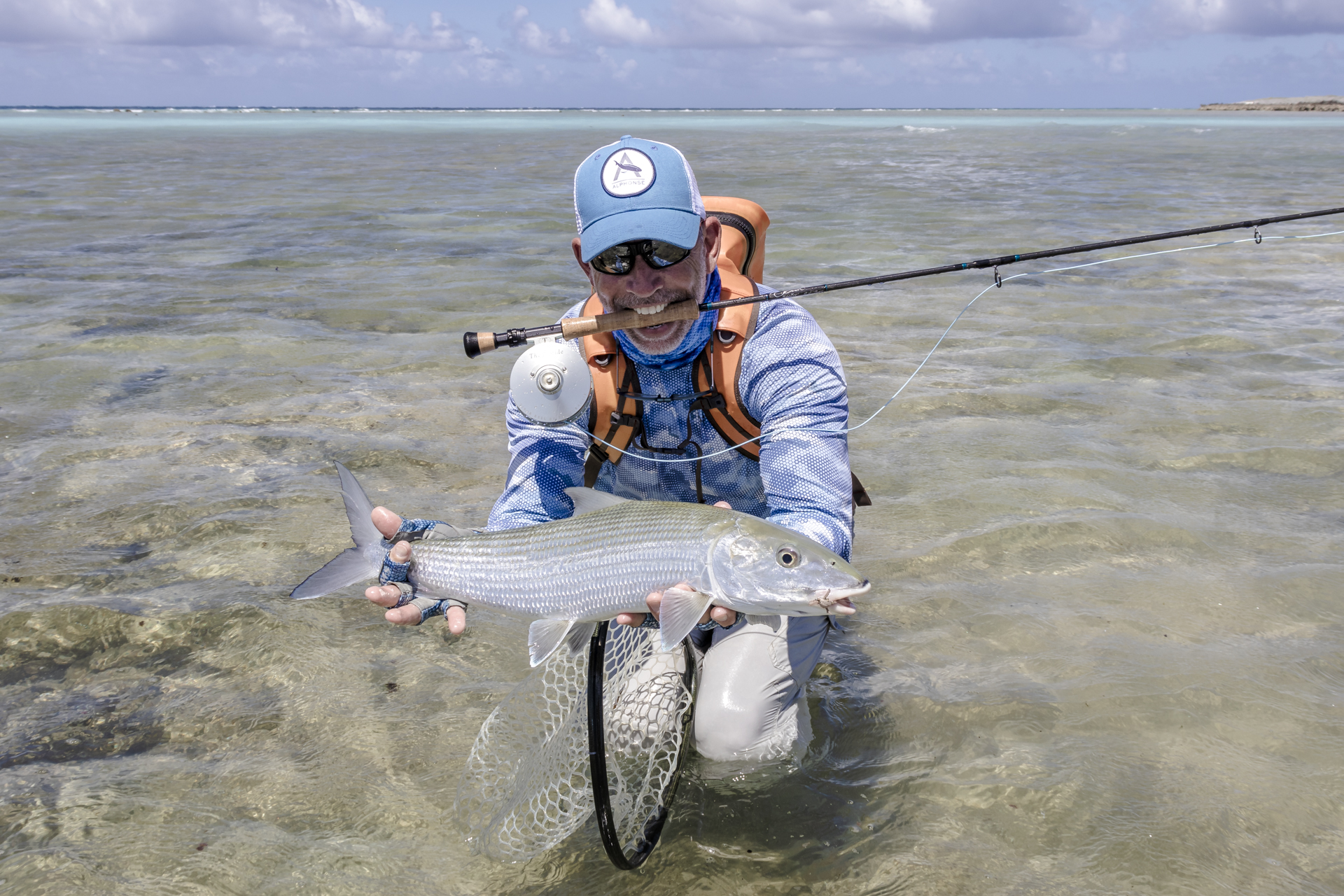 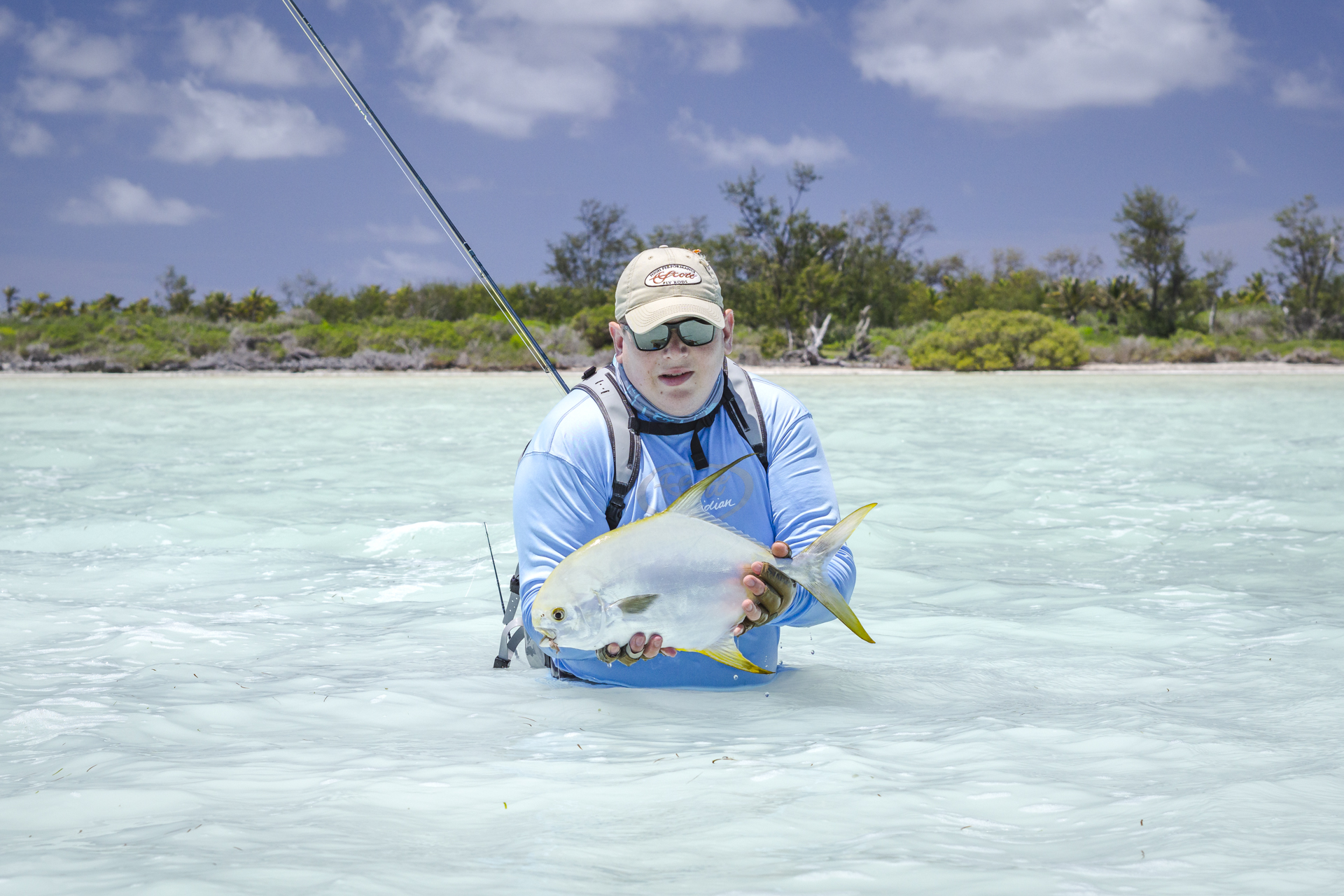 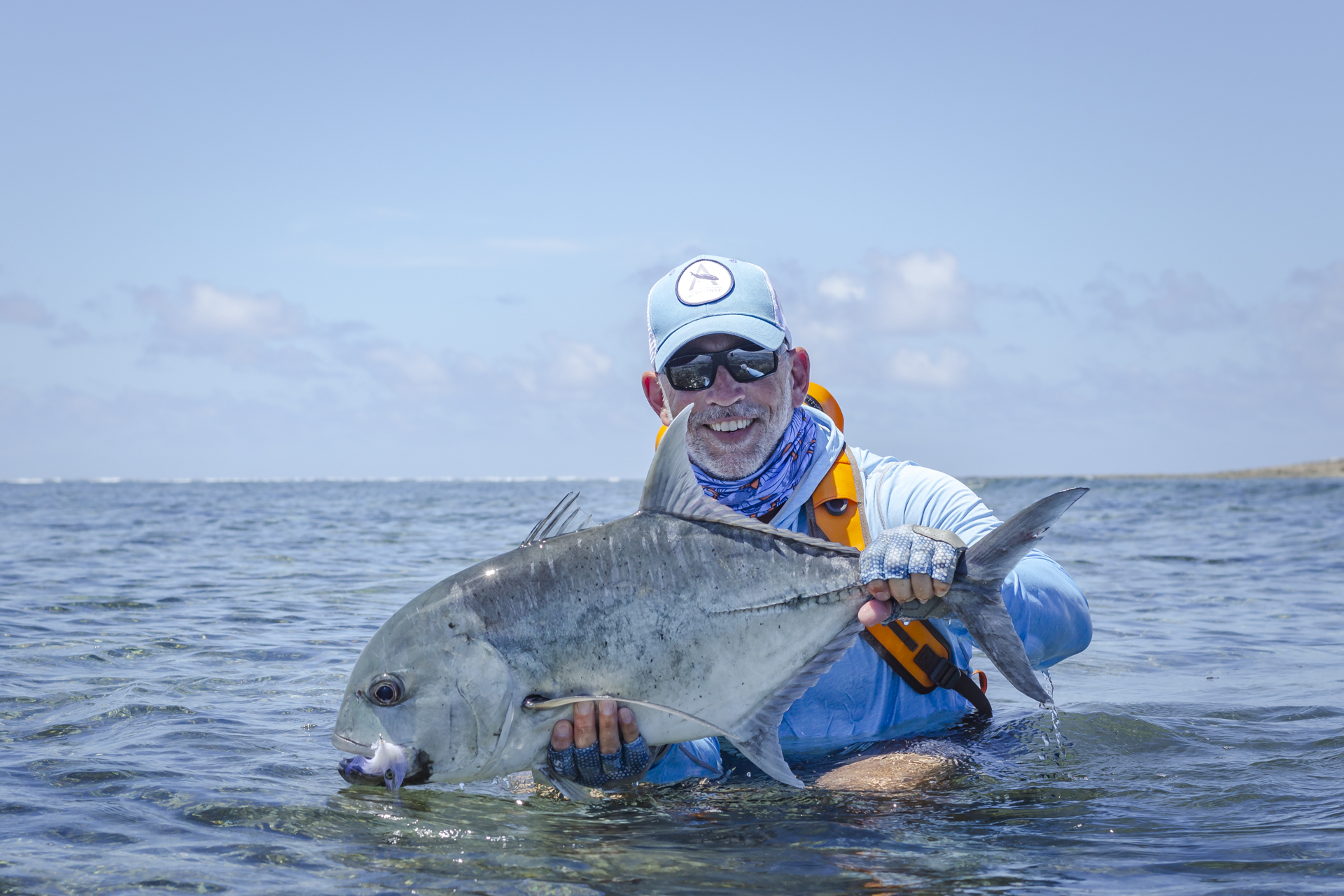 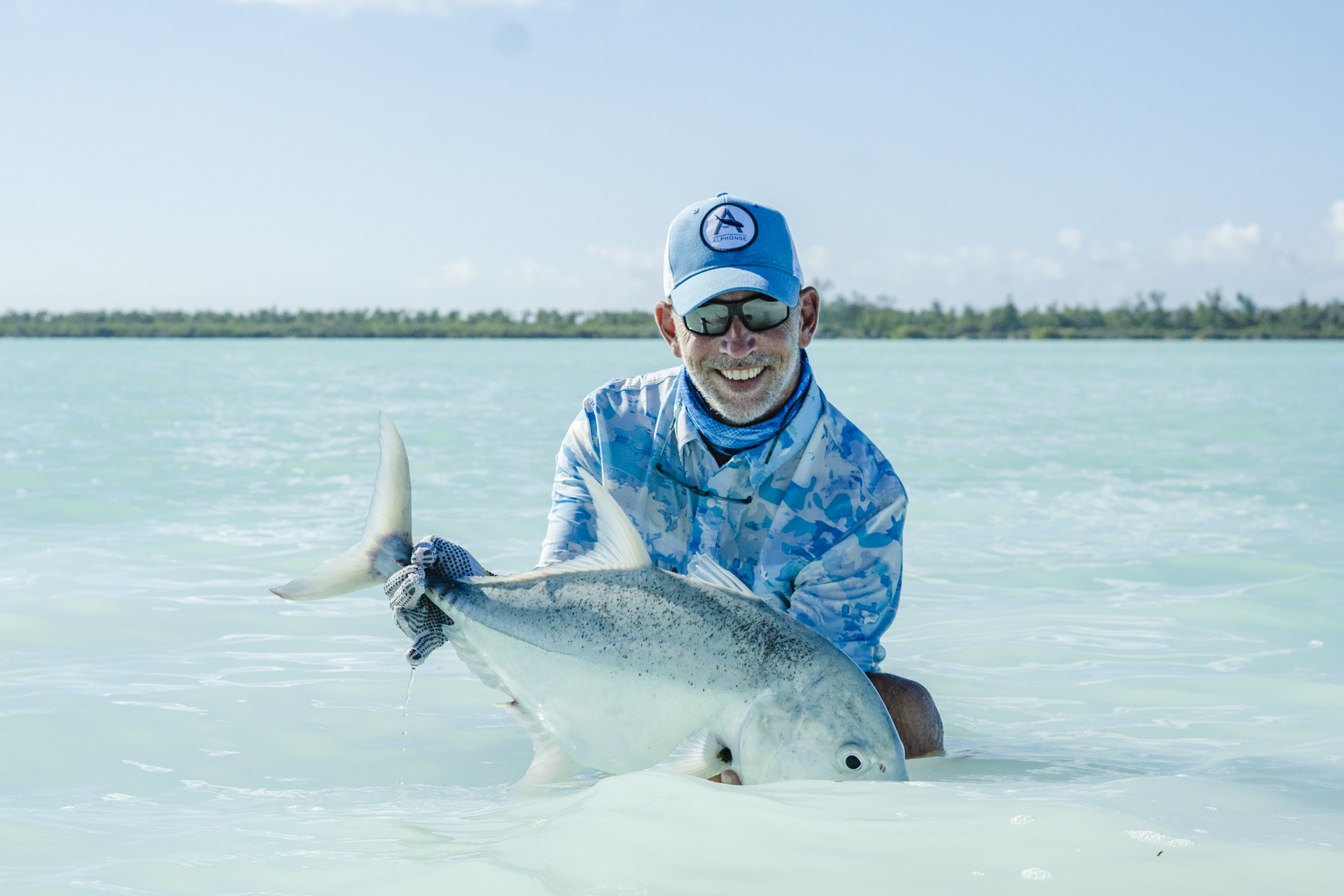 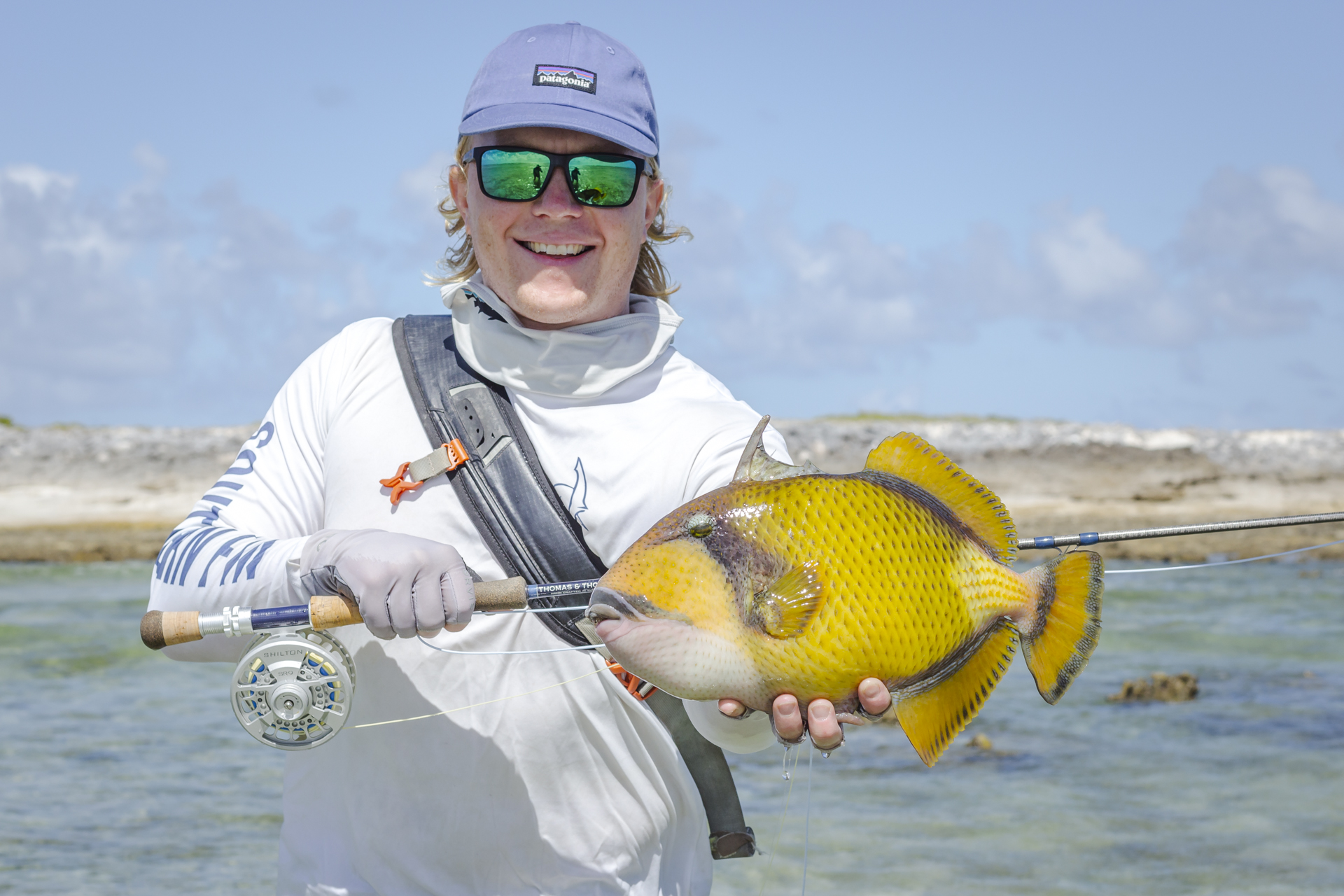 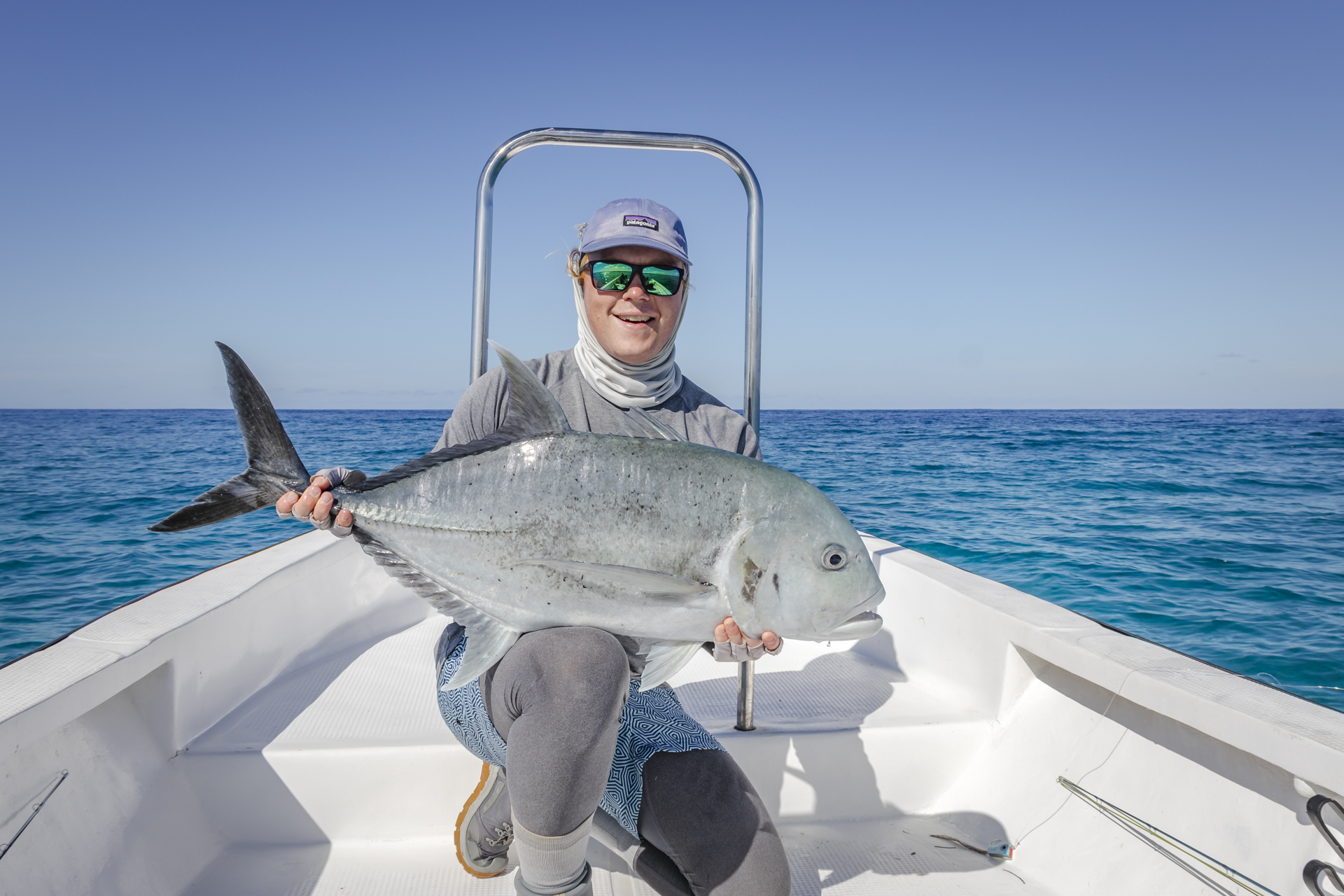 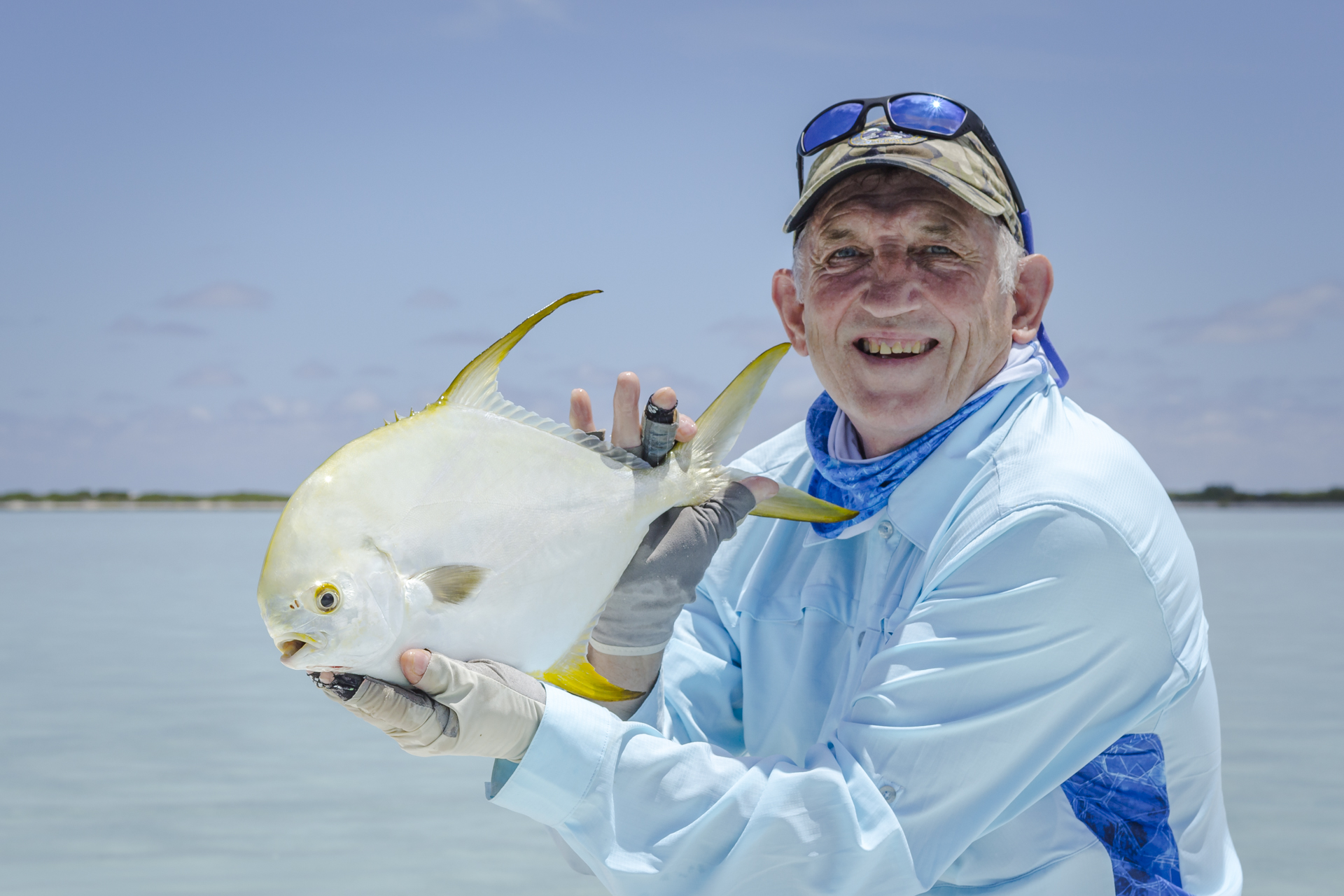 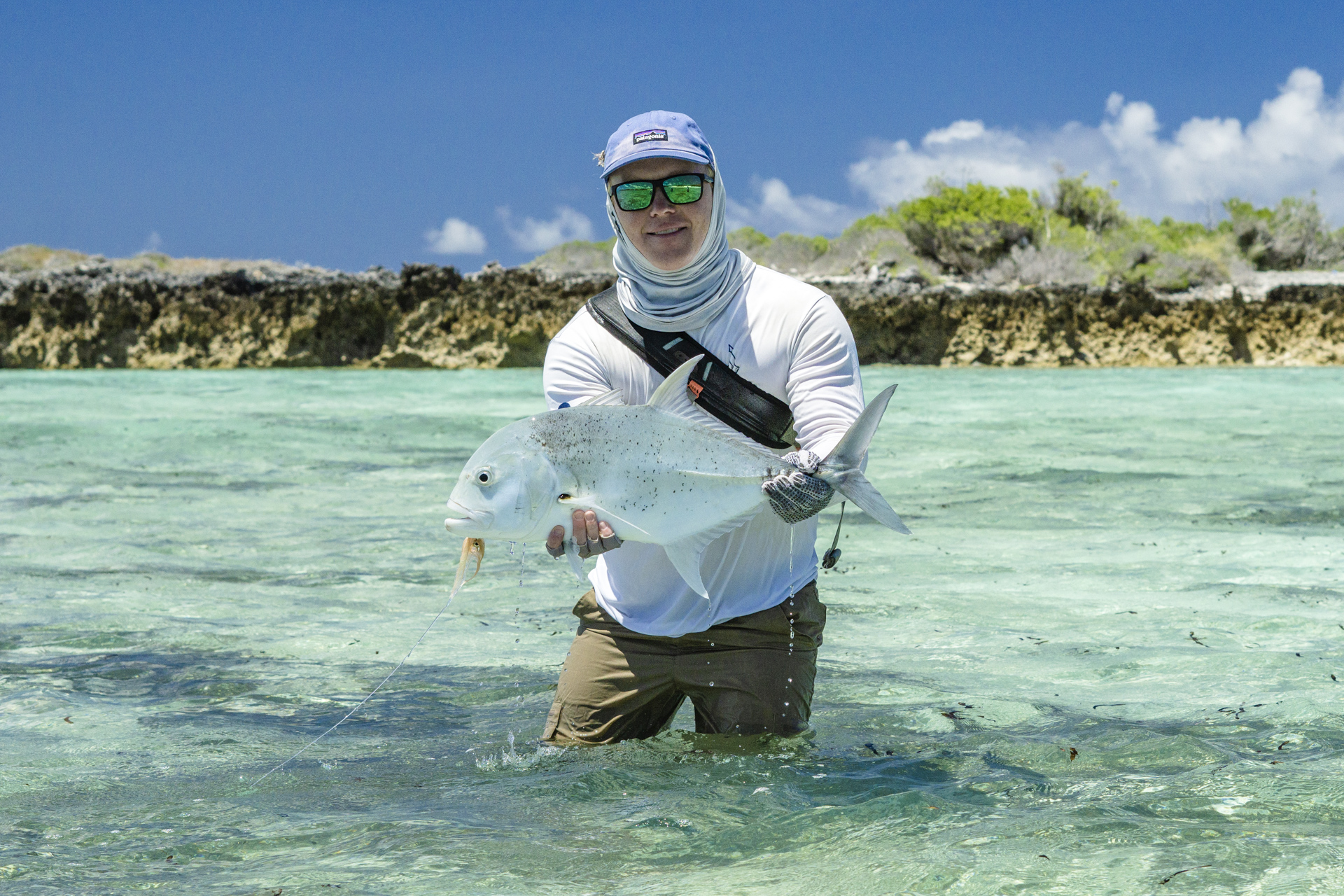 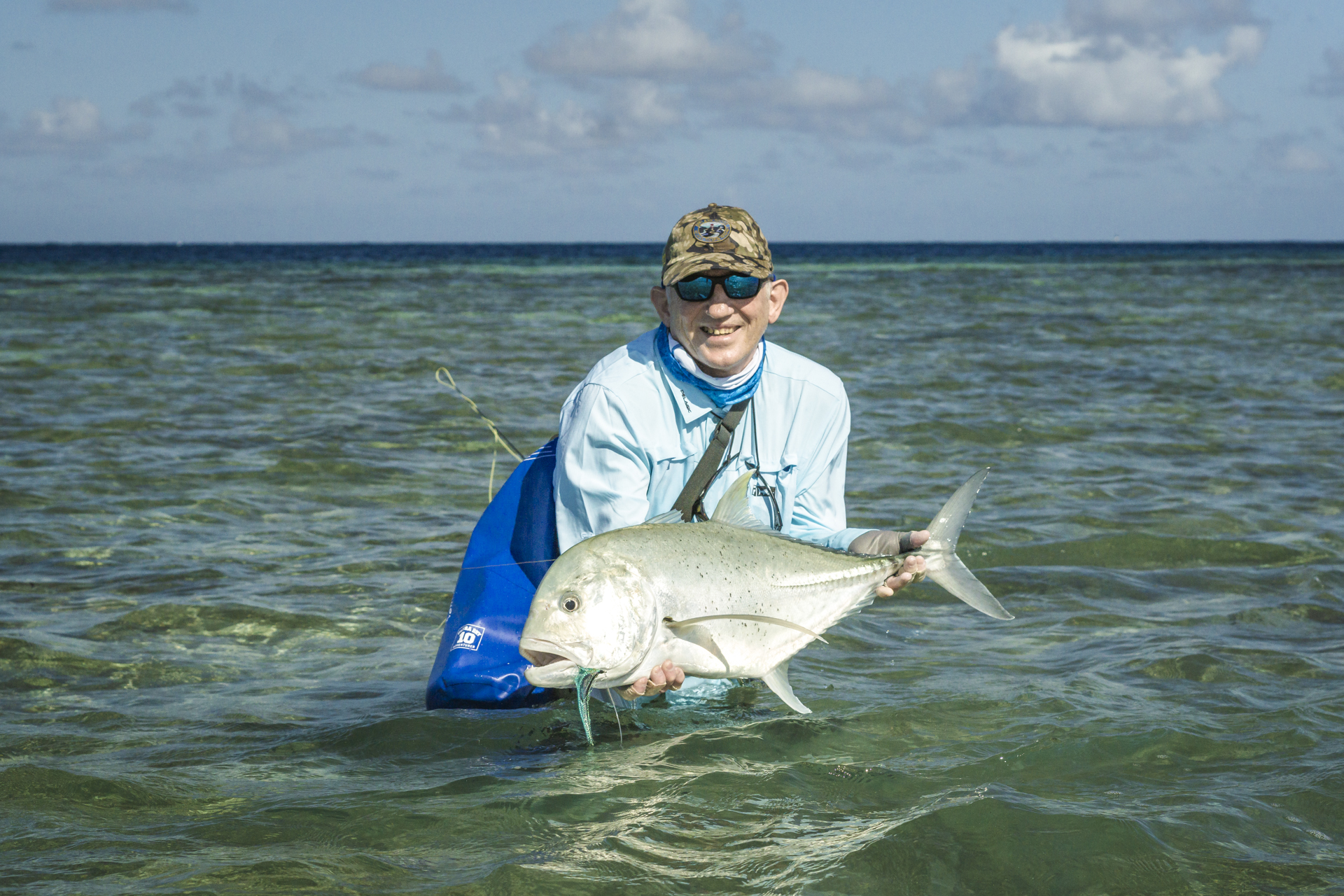 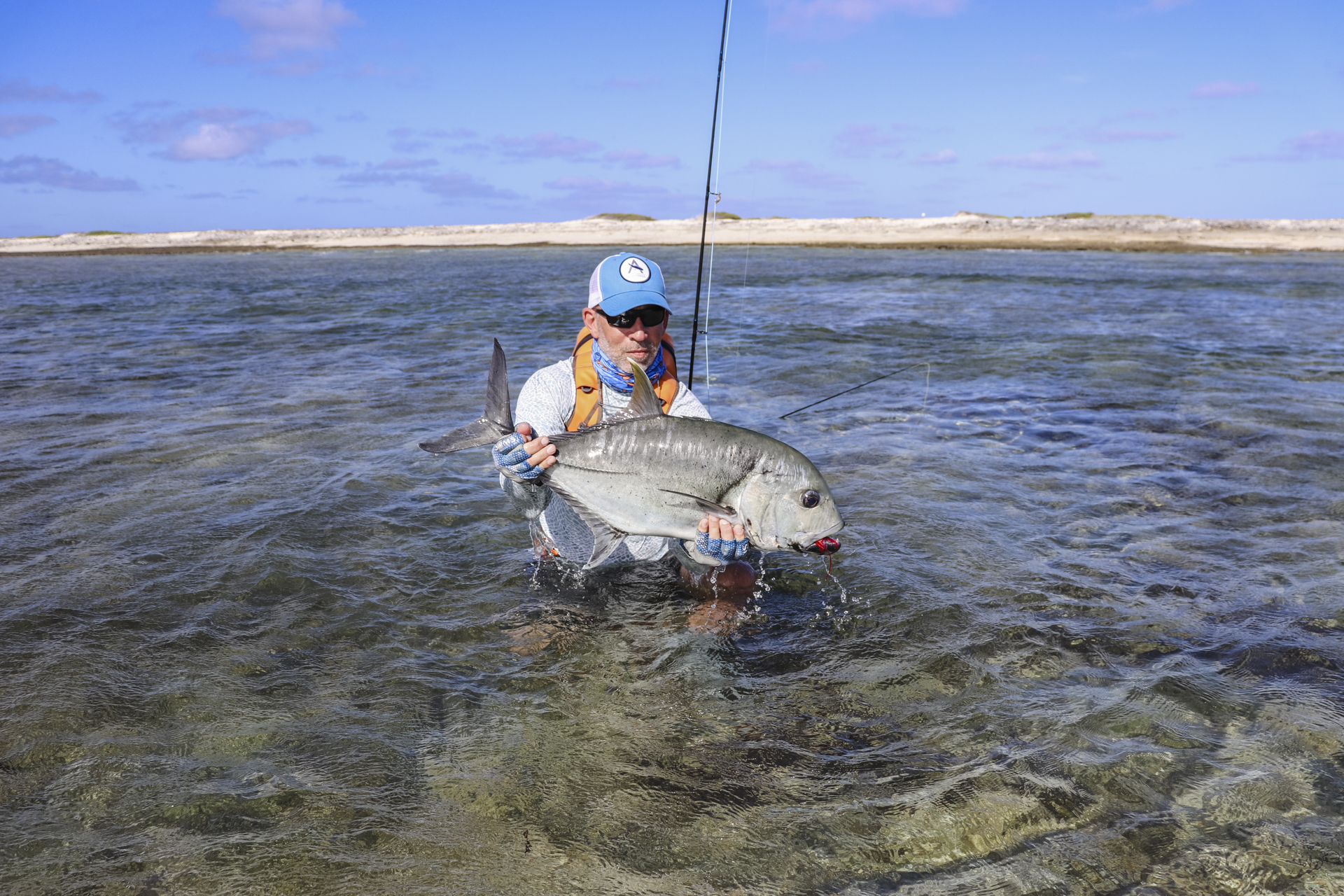 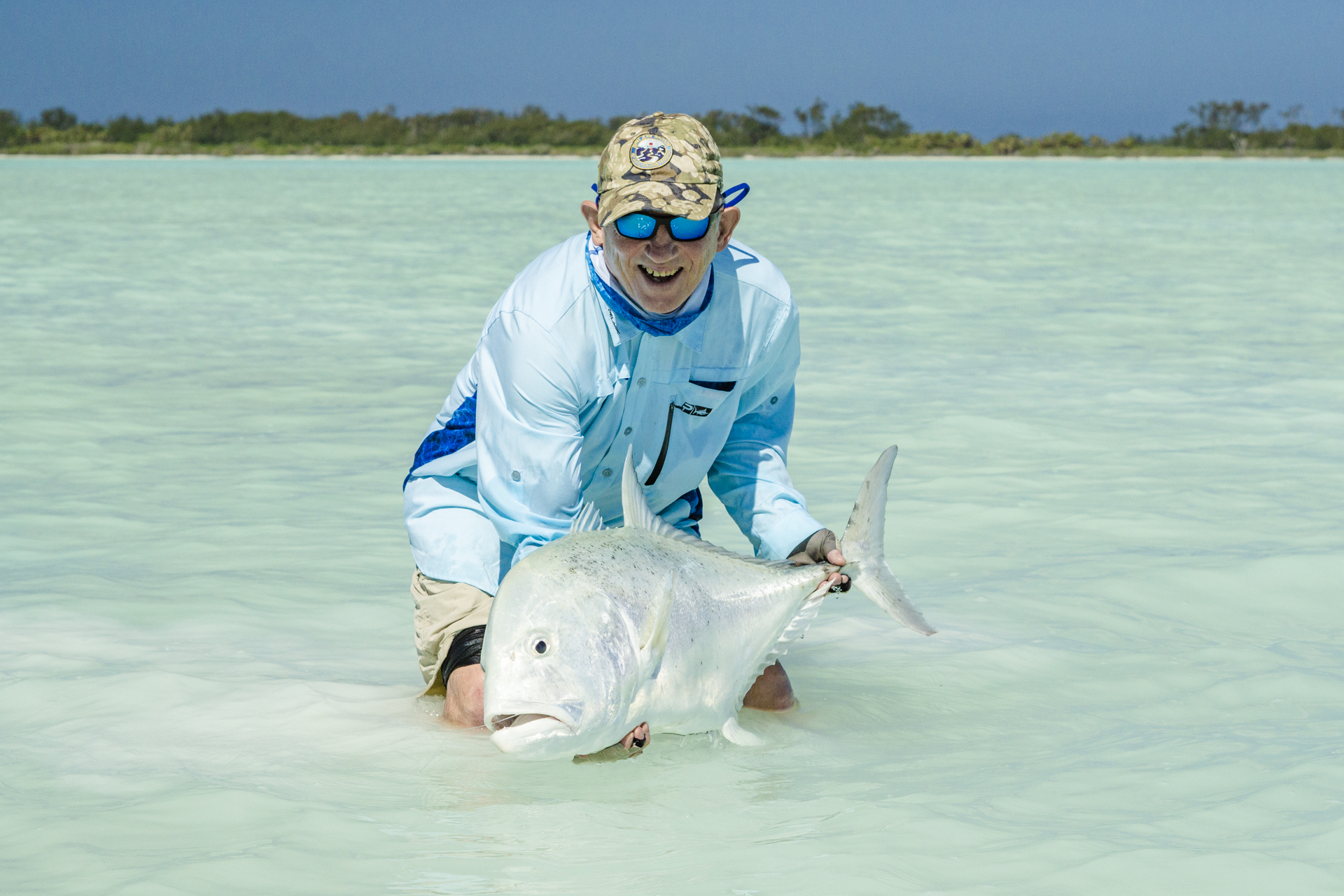 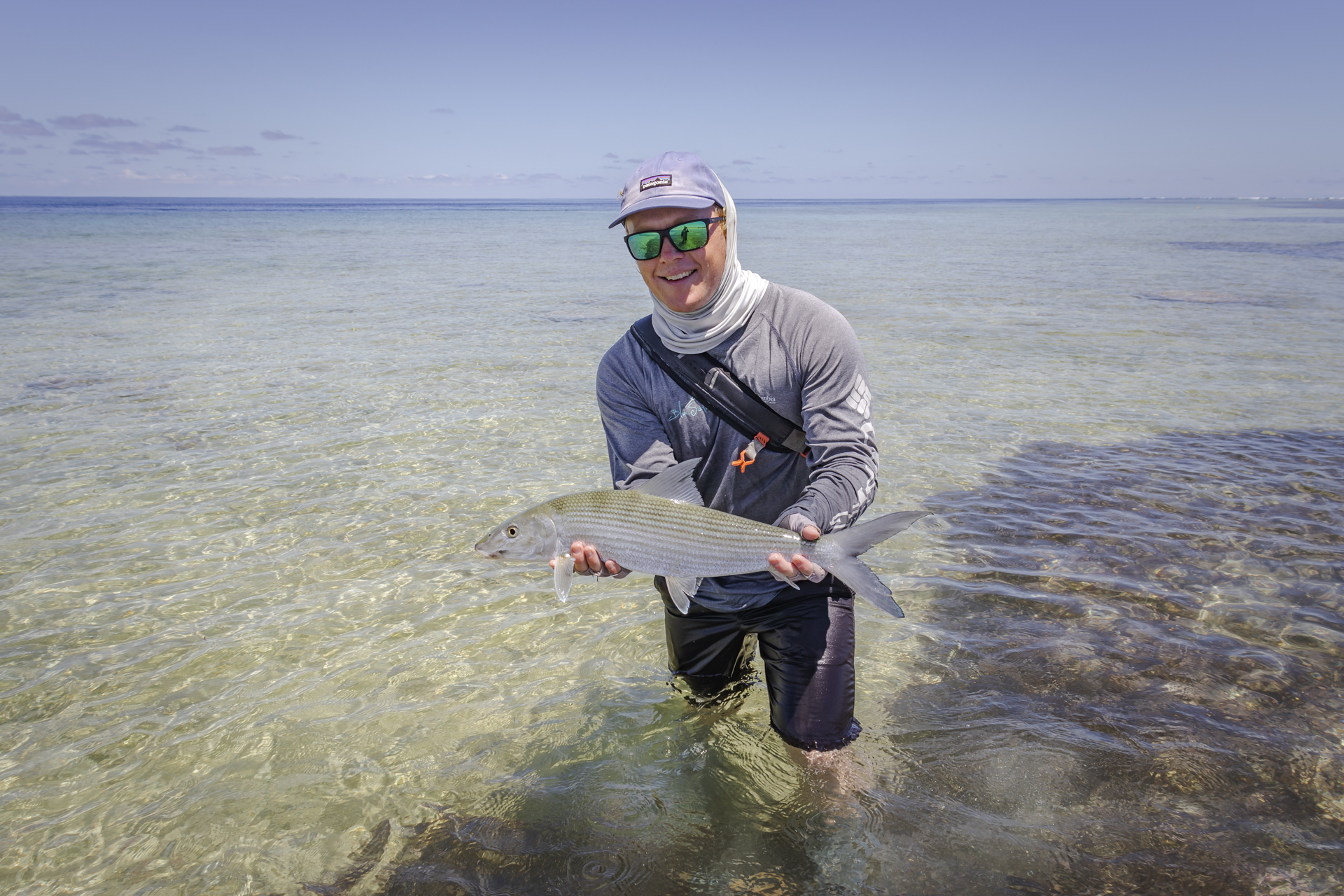