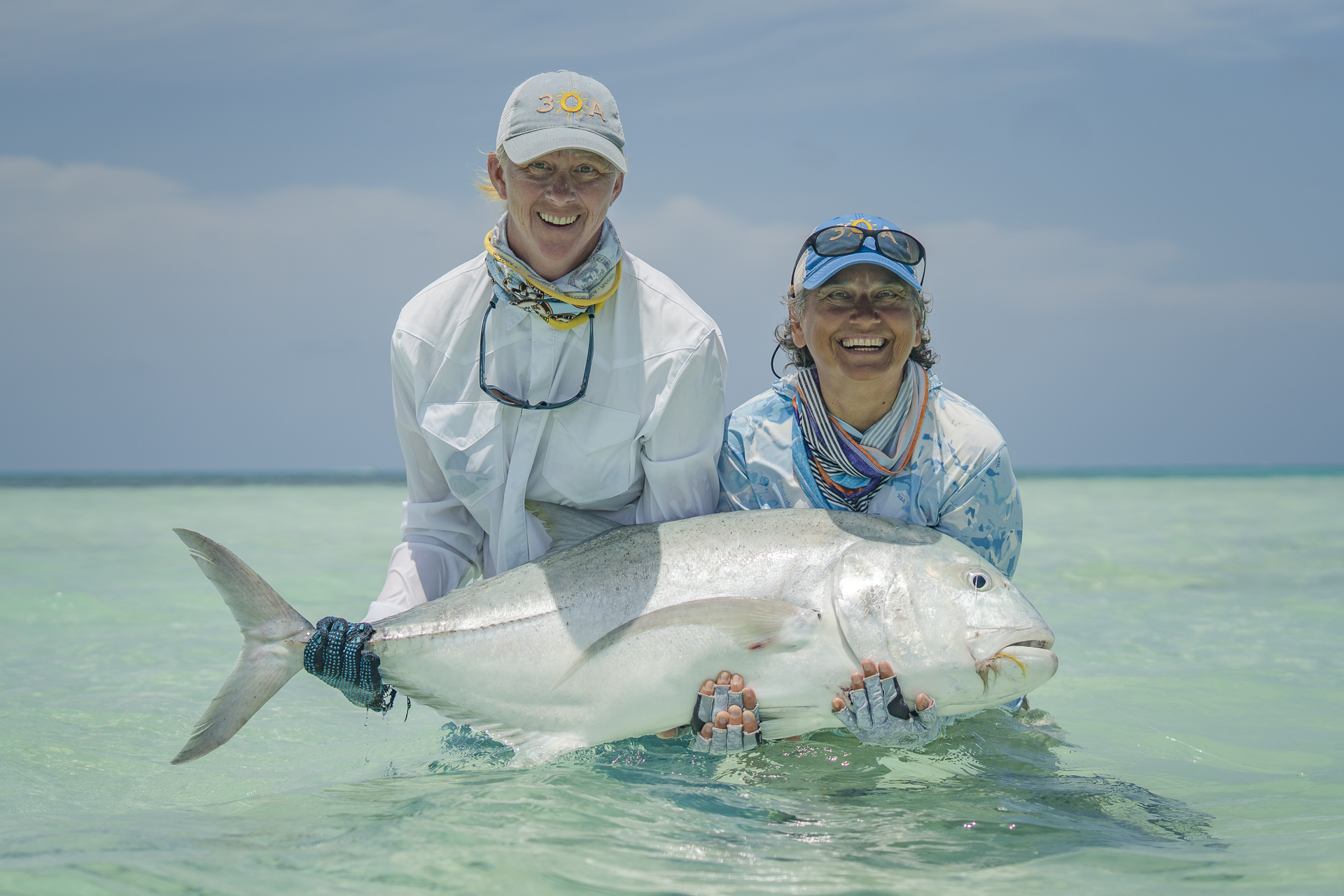 A week of GT’s in tricky weather here on Alphonse, starting with strong winds, almost cancelling a day or two at the start of the week, but as the week progressed the weather was spectacular with blue skies and windless days. Although we had tough conditions that didn’t stop our anglers from catching some awesome fish, with over 30 GTs being caught this week!

Some other noteworthy GT anglers included Miles who caught five GTs – one of which was a healthy 85 cm, Alister who caught four and finally Donald who added a couple to his tally. Donald did however also manage to catch his first permit which is an incredible achievement. Once again, we had one Slam this week caught by Jessie consisting of a GT (his first) a milkfish (another of his firsts) and finally a bonefish.

That’s it from us here on Alphonse this week. Next week’s weather is looking spectacular and with the spring tides coming up we should have some phenomenal fishing. 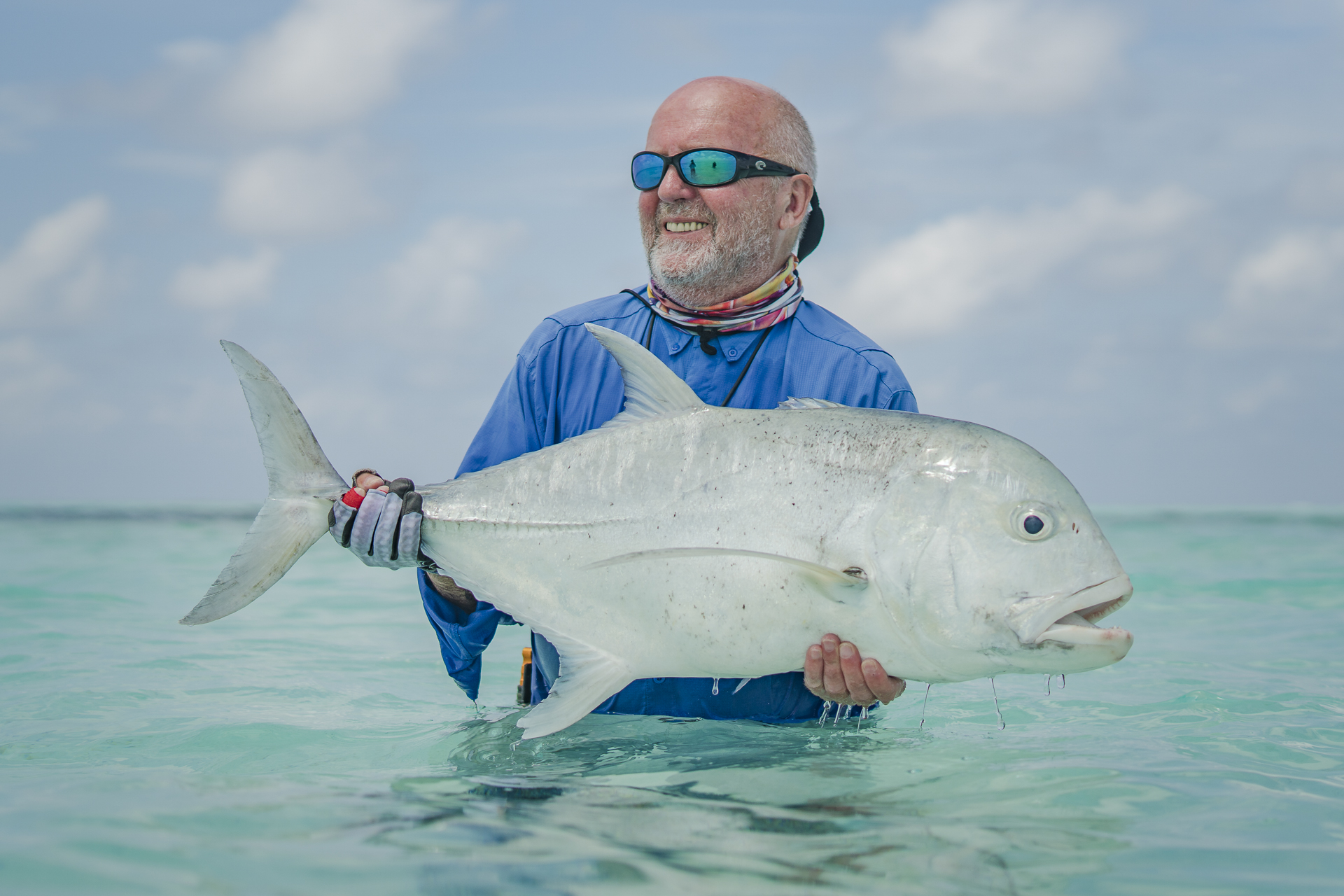 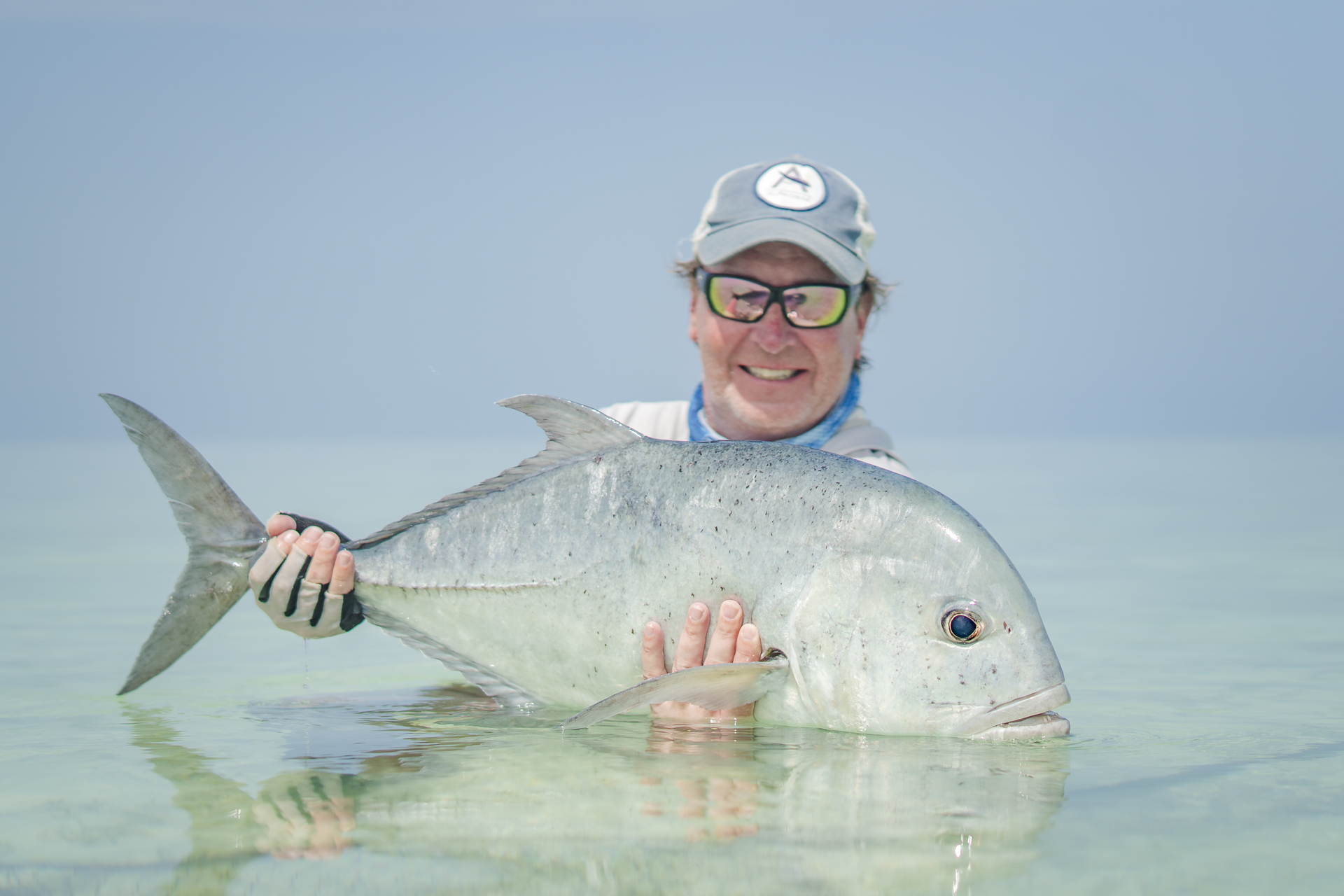