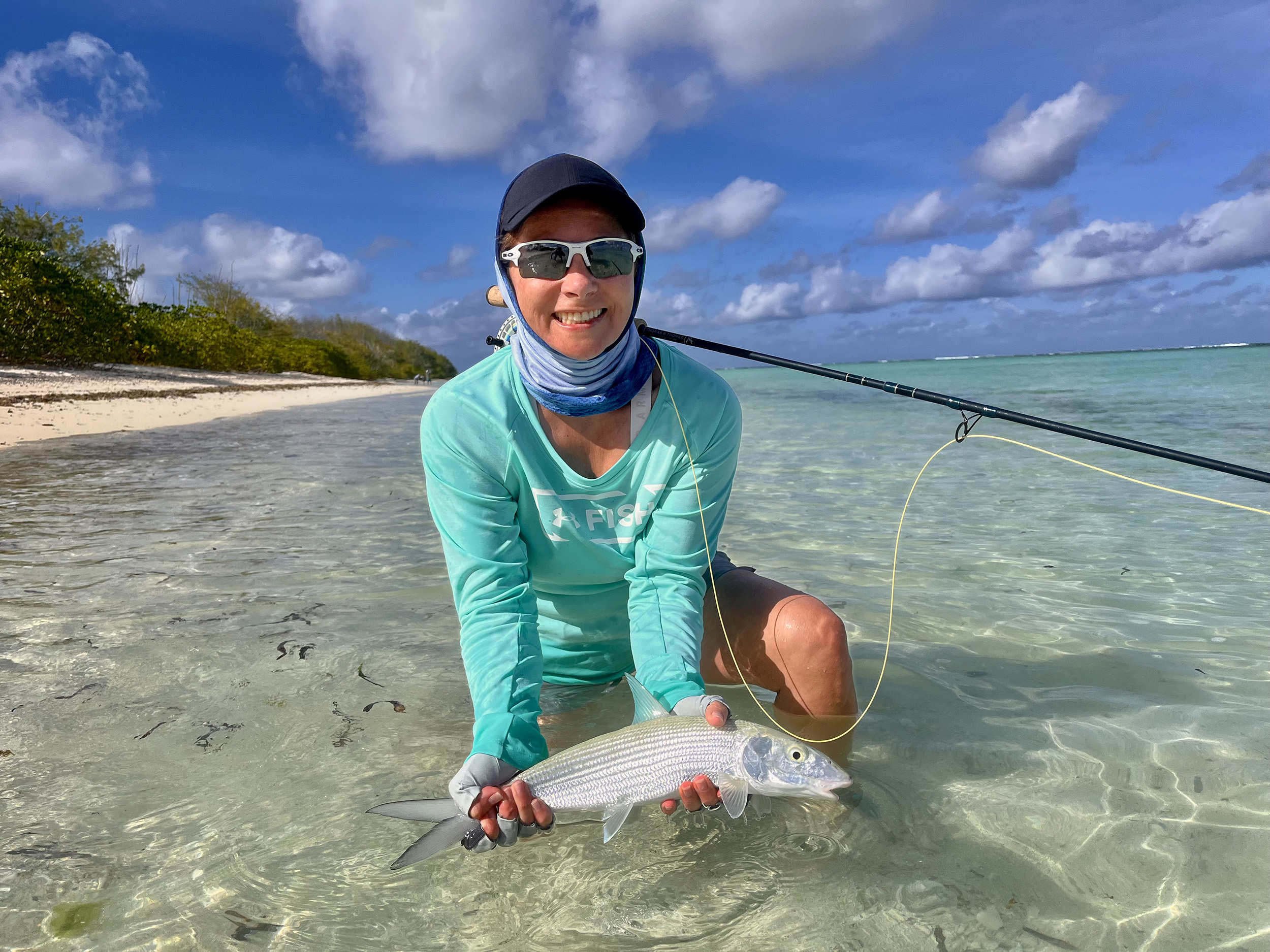 Another successful week was spent on the flats! This week had some excellent fishing numbers for our five anglers who spent three days fishing!

The week started like most here on Alphonse Island, and we got our rods and reels warmed up on our prolific bonefish population, targeting them on the dropping tide. Each angler landed a decent number of fish, the largest bone of the day being just over a healthy 60cm.

The flats of St. François saw no anglers midweek, but on Friday, three anglers were hungry for some good catches, and impressive fish were bought to hand! The morning was spent on the hunt for an Indo-Pacific permit, seemingly unfruitful, and the permit kept getting spooked or simply refusing to eat the flies – classic permit behaviour. After no success, our experienced guides shifted their focus to fishing on the finger flats, and wow, they really came to life, and the action started! Just when we thought the GTs had been scarce and we hadn’t seen too many, a big shoal began feeding on the bommies, and finger flats excited everyone, with one angler landing a healthy 67 cm fish.

The triggerfish on the dead low tide was very comfortable and happy to eat a fly – they were everywhere. The yellowmargin triggers were living up to their reputation and working hard to maintain their title of ‘tricky triggers’, refusing every fly presented to them. The moustaches, on the other hand, were in a very aggressive mood and would rush over very quickly as soon as they saw a well-presented fly. At the end of the session, seven moustache triggerfish were hooked, with three being landed. 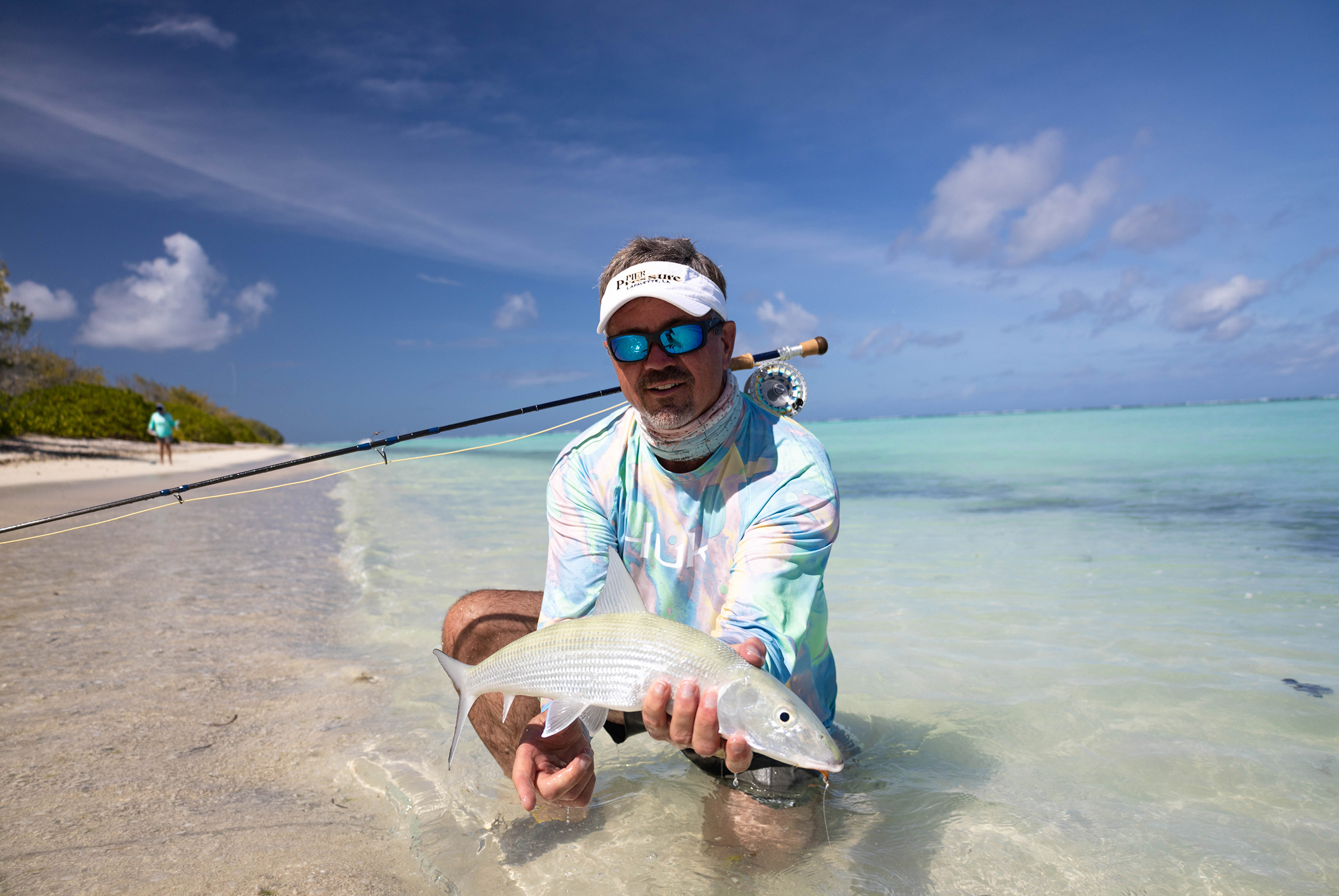 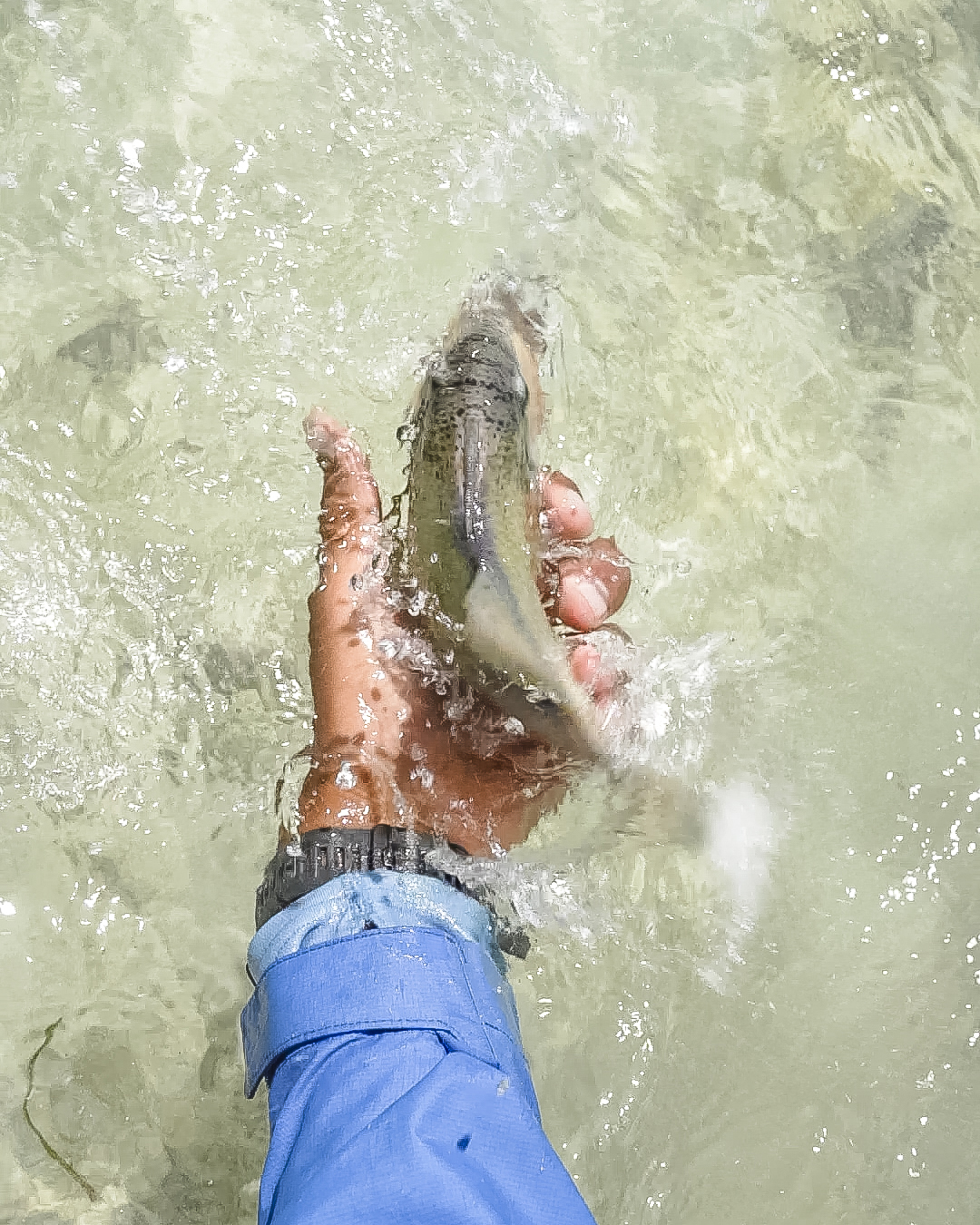 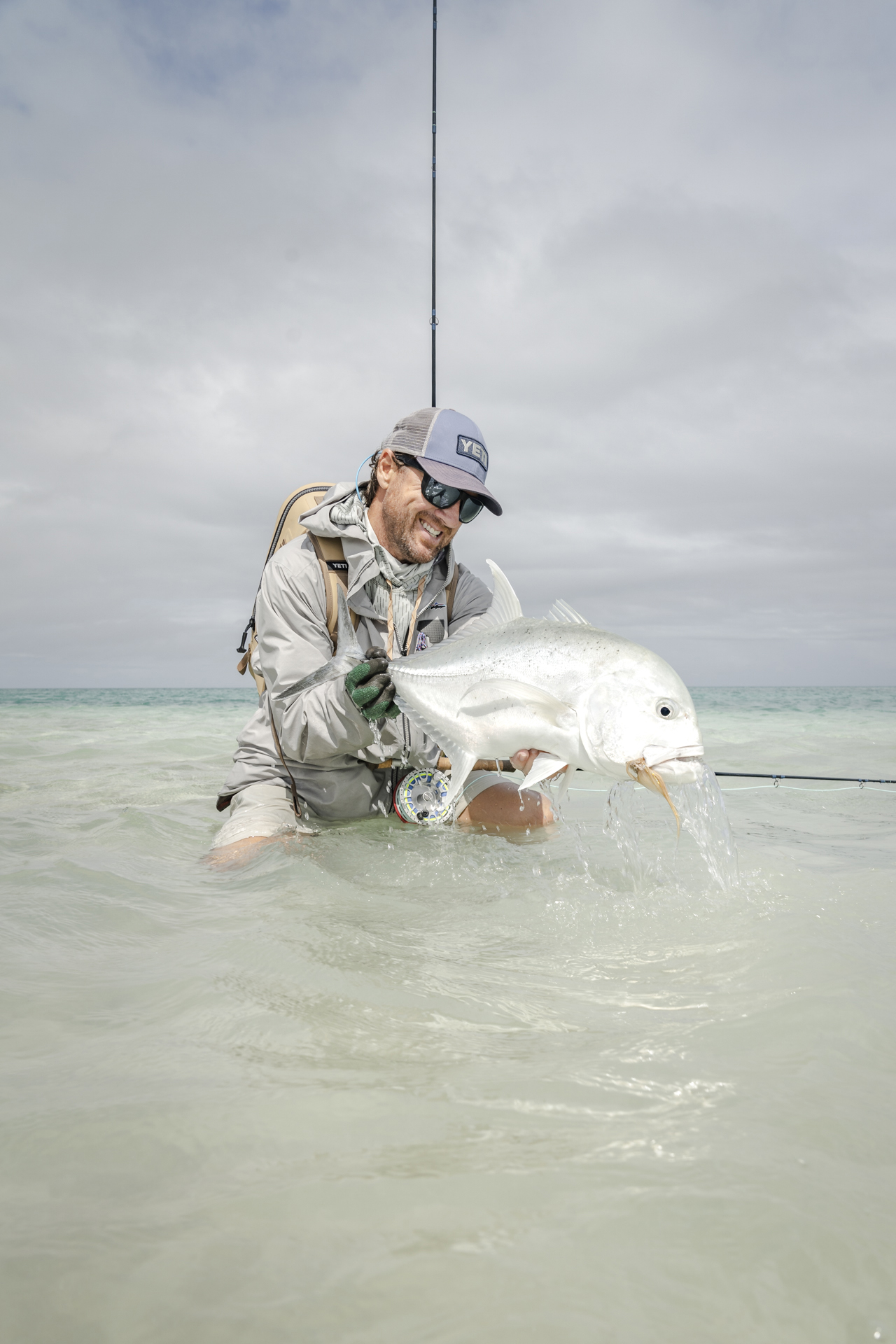 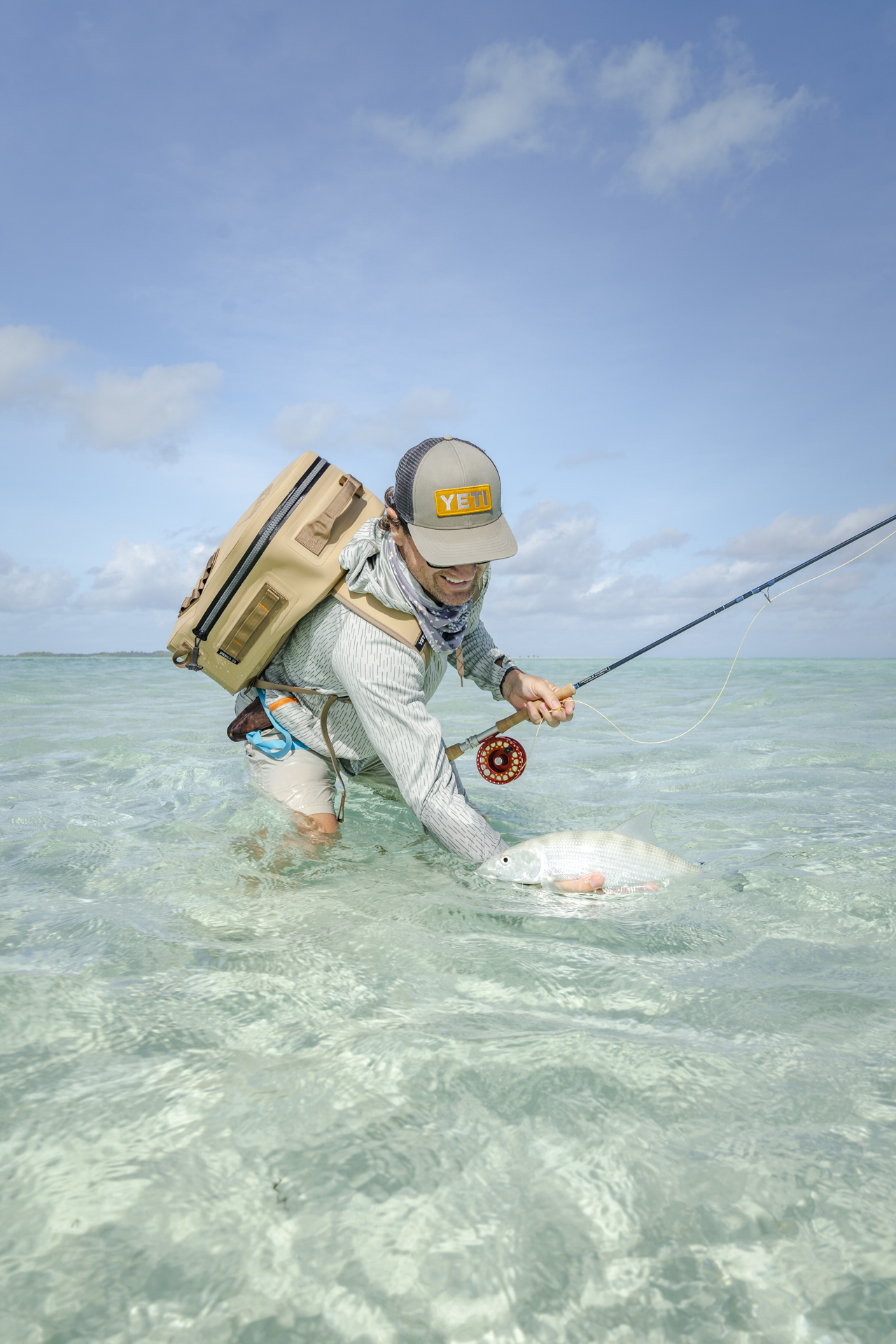 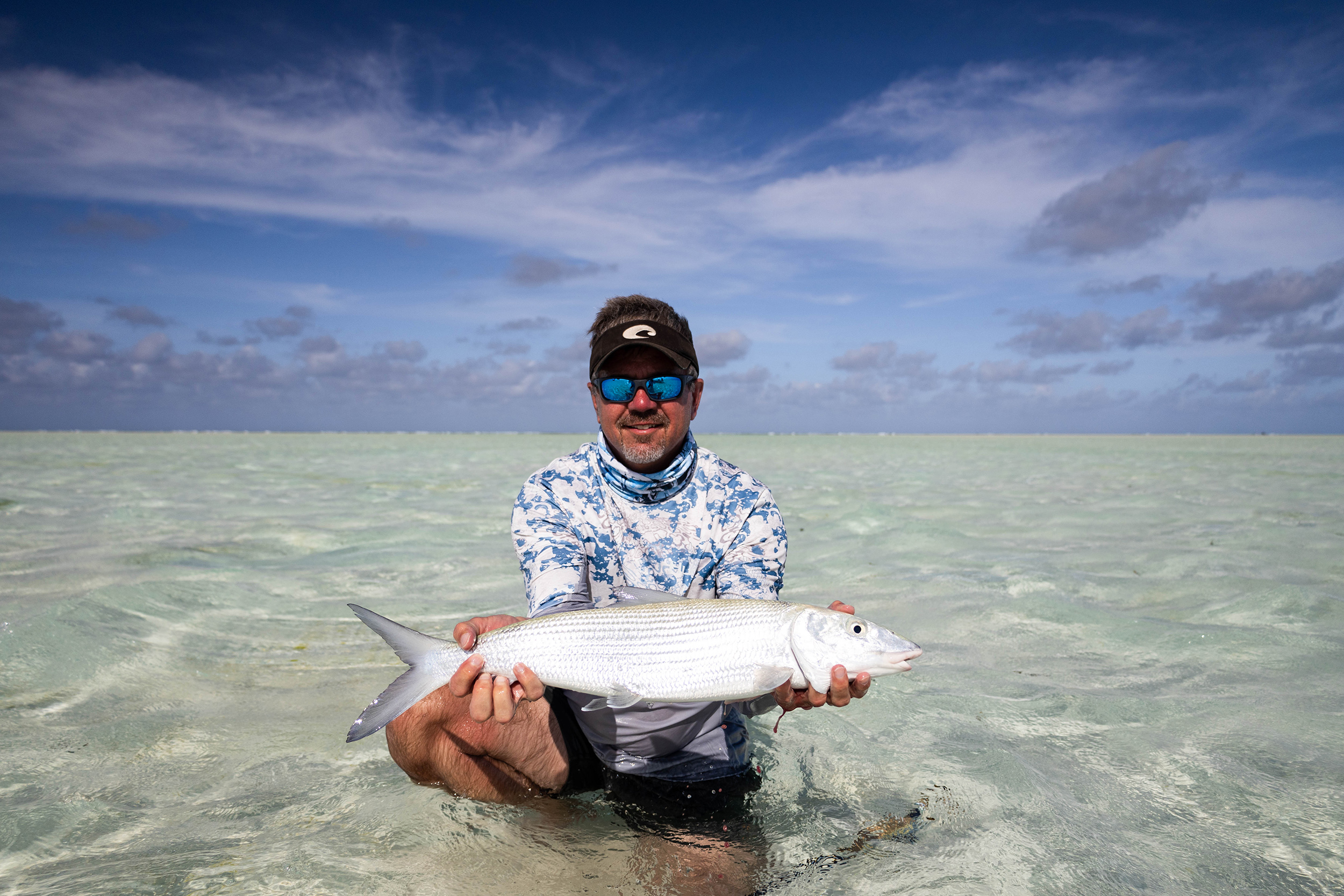 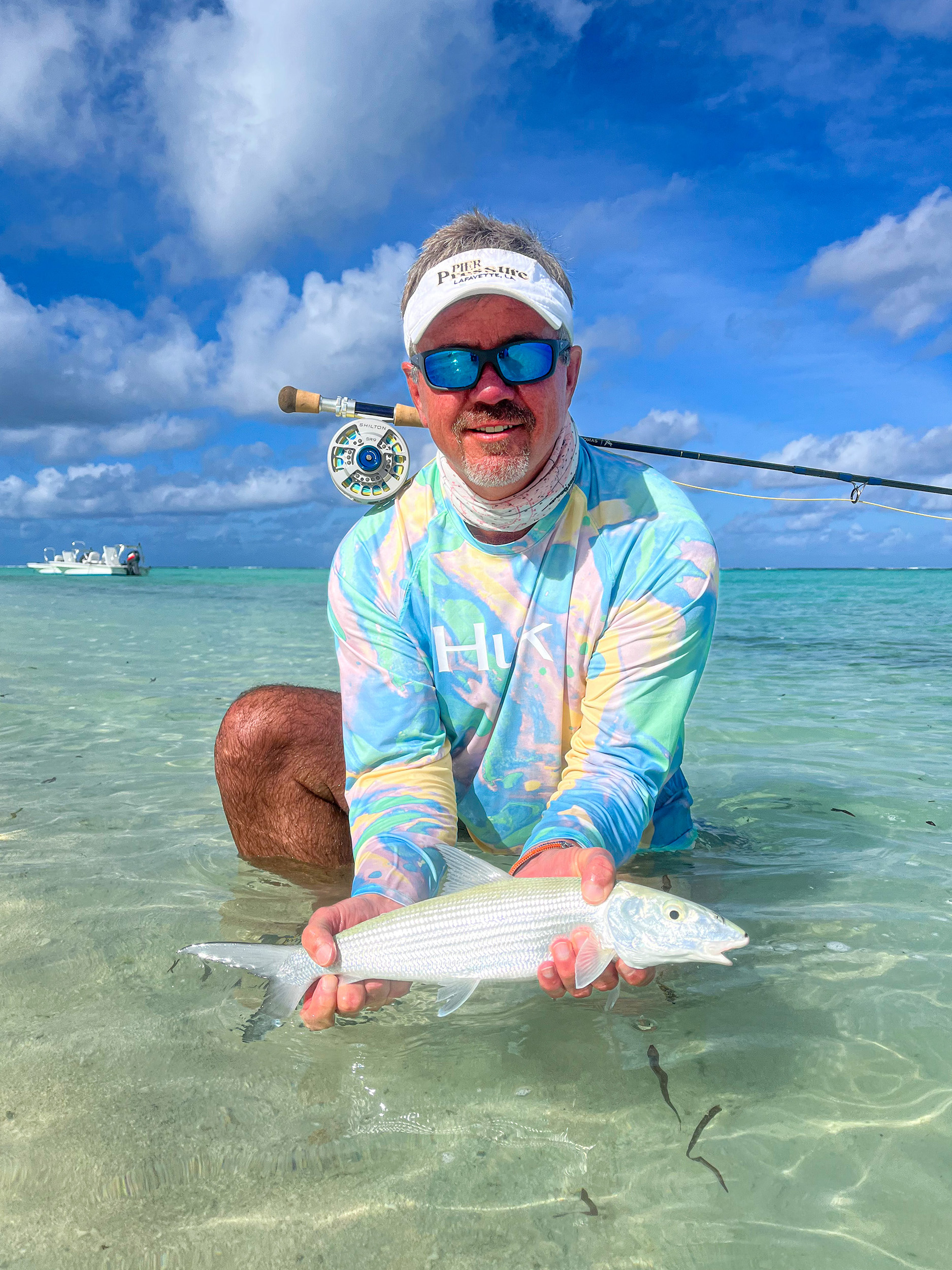 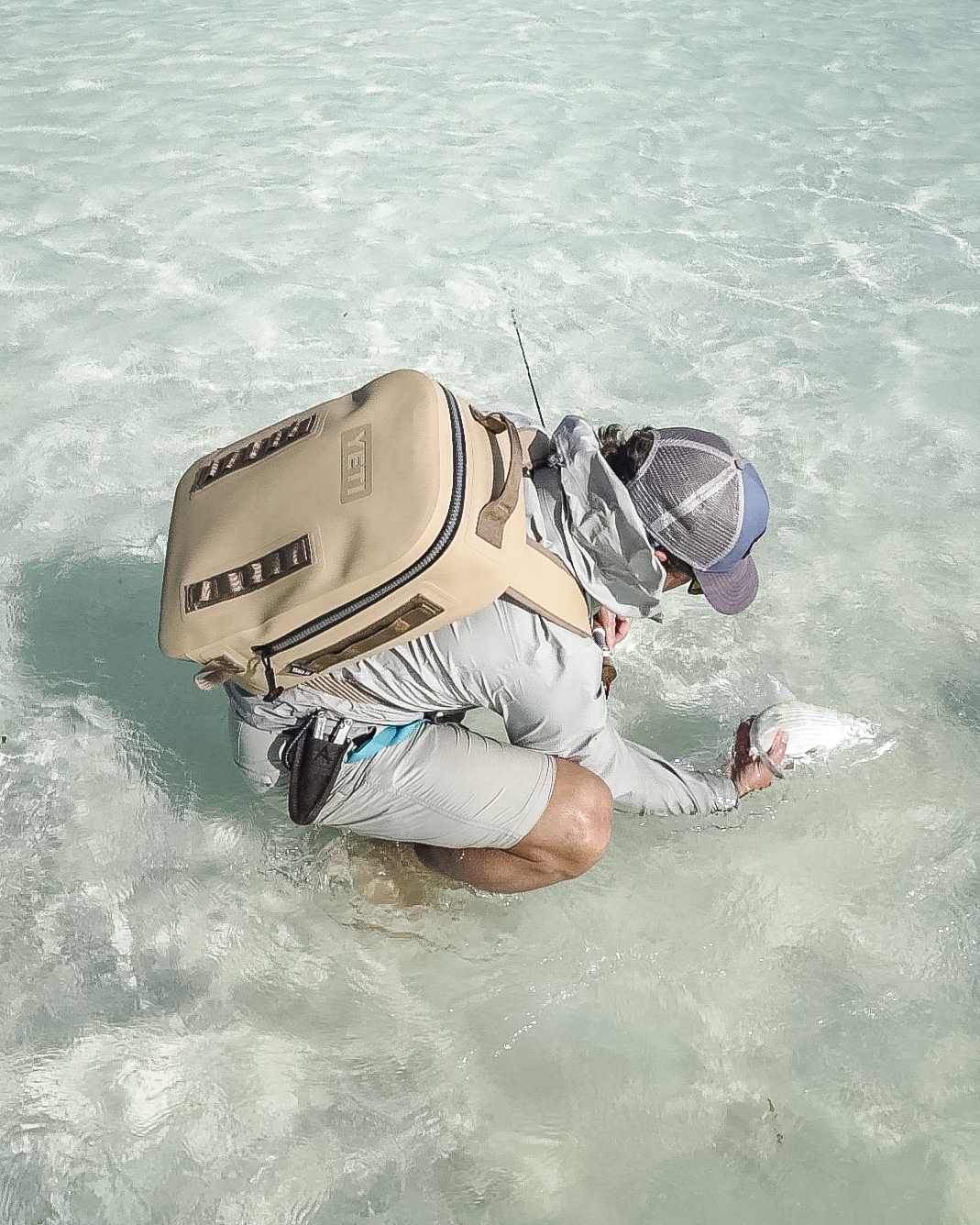 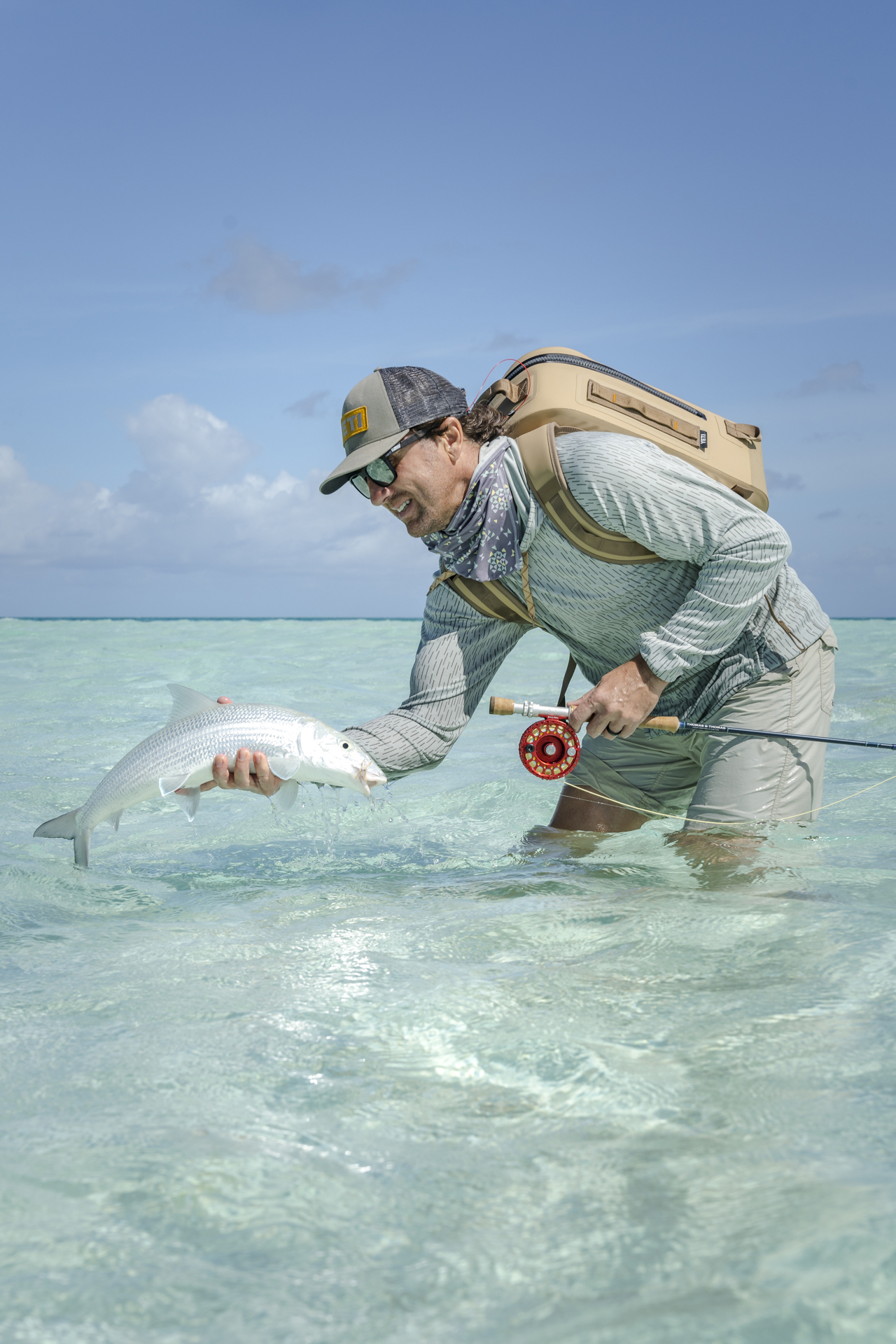 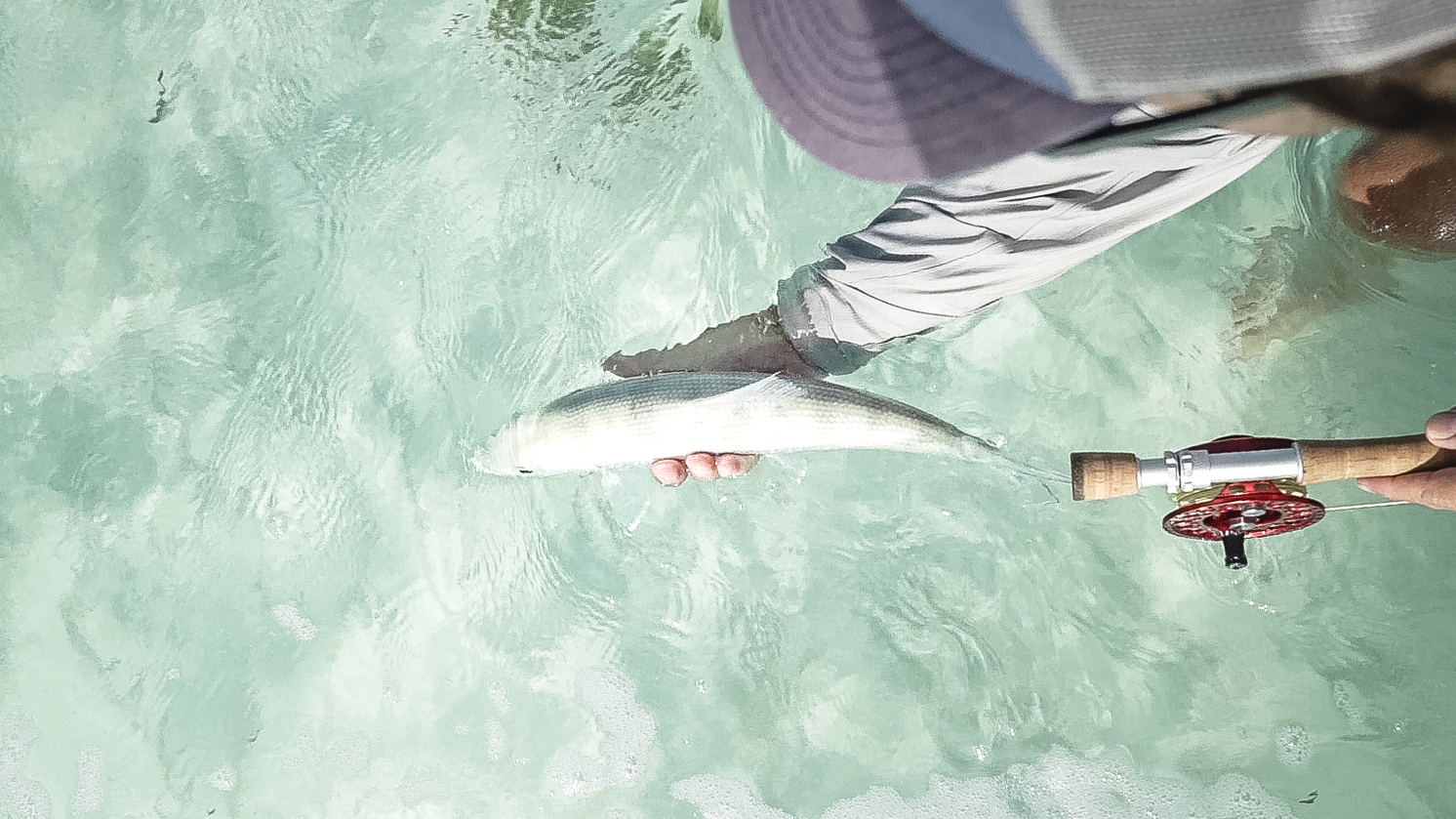 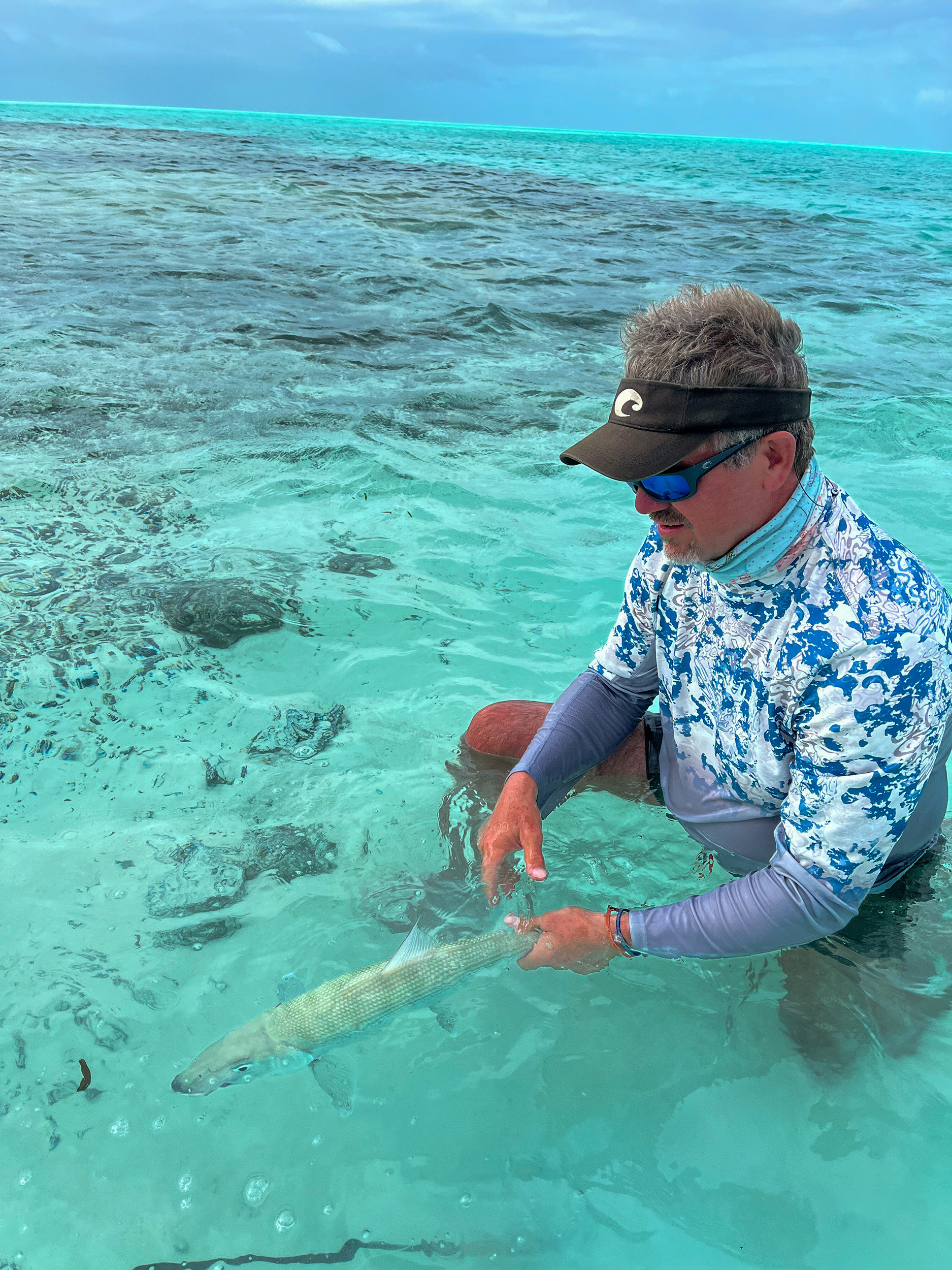 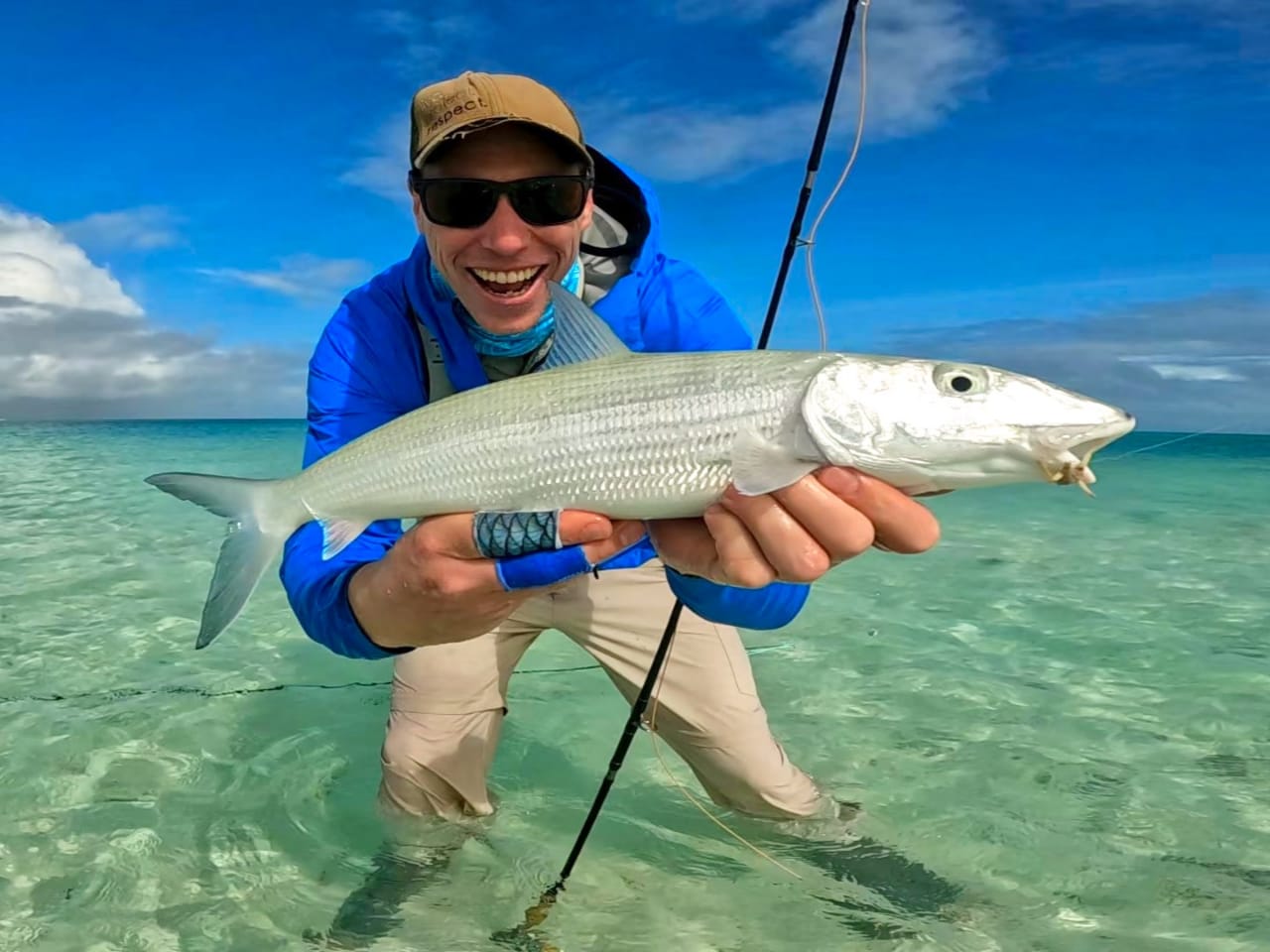 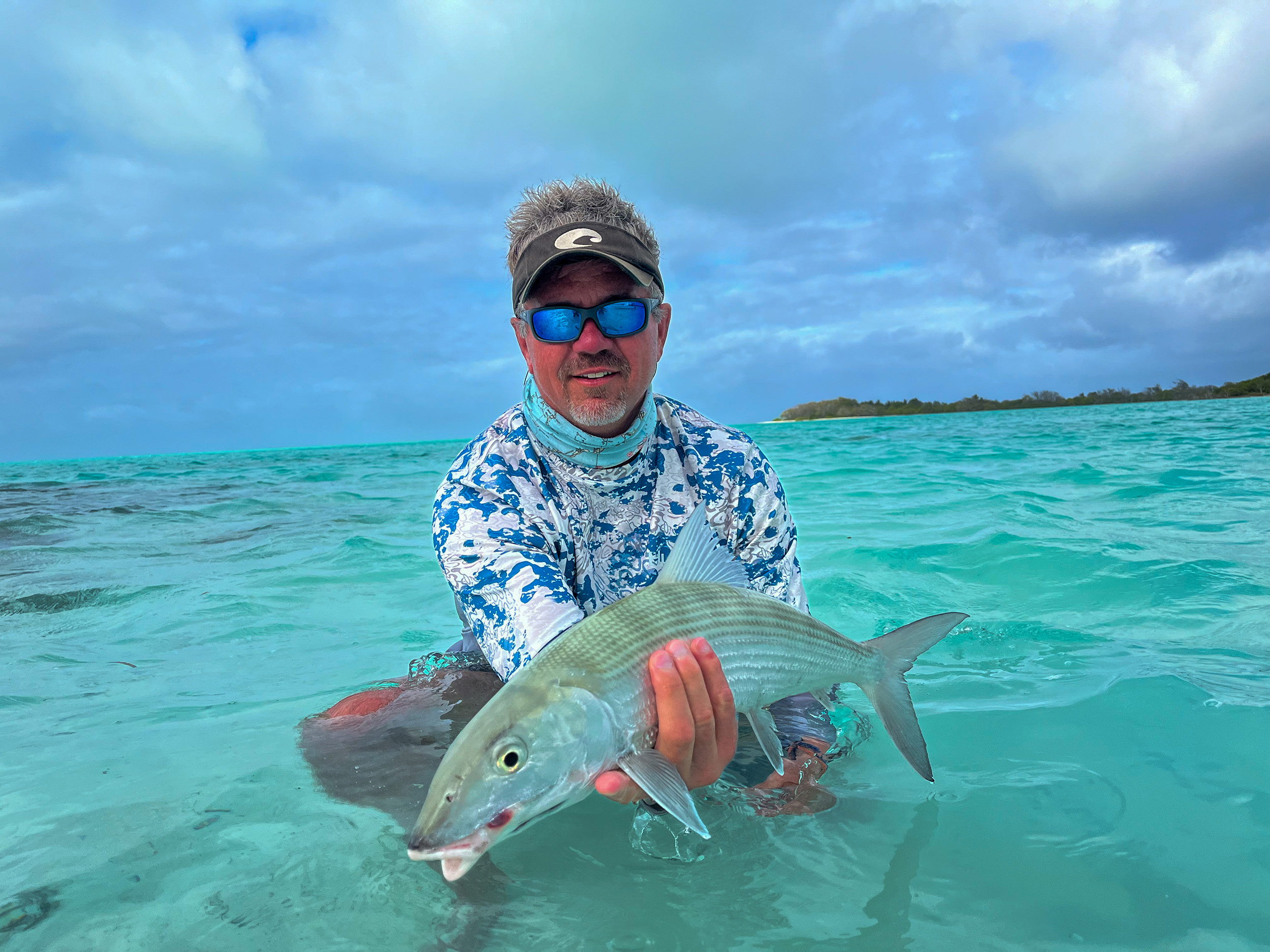