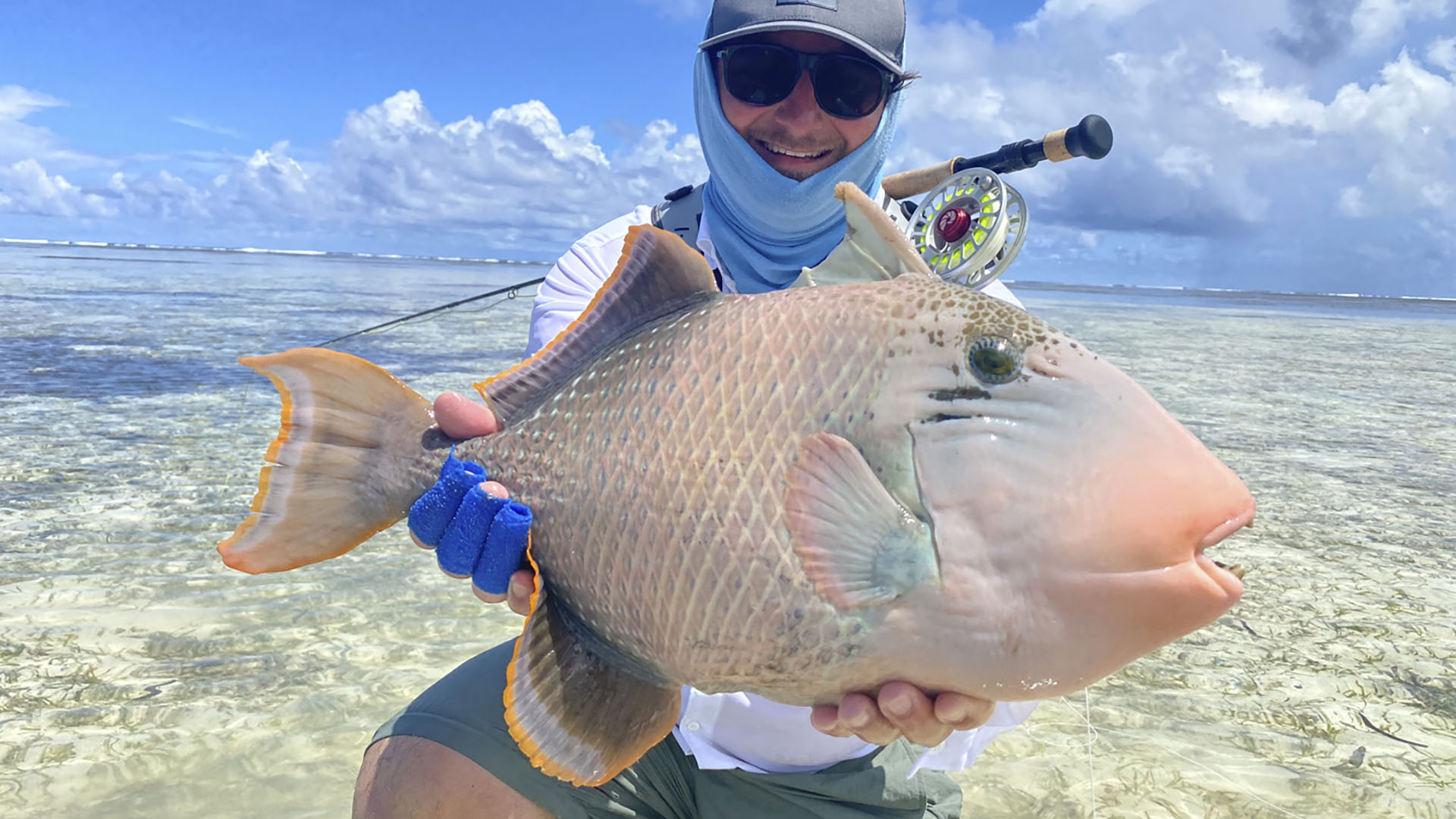 Perfect weather, brilliant fishing and amazing people are all good ways to describe Alphonse Atoll over week eight of the season. Anglers were lucky enough to fish a full moon spring tide over the week which allowed anglers to fish for all species and walk the surf.

Day one was off to a good start for two experienced saltwater anglers. Christoph Ziegler landed his first GT measuring 63 cm, the 63 cm fish was a tagged recapture which does not happen very often on Alphonse.

Over the last two years, a GT tagging program has been put in place to study the recapture rate, movement and growth rate of GTs around Alphonse and St Francois Atoll. Over the past two years of the GT tagging program, only 10 fish have ever been recaptured due to the massive number of fish present on the atoll.

Jorg Fleddermann who was Chris’ angling partner over the week managed to hook into a monster-sized GT on day one, the fish was estimated at around 120 cm in size but was sadly attacked by a massive lemon shark towards the end of the fight. On day two Chris and Jorg hit the water with vengeance and both managed to land a 77 cm and a 76 cm fish on the flats.

Nick and Mark Jensen also had a brilliant day on the water. Mark landed a massive 58 cm yellowmargin triggerfish followed by three GTs measuring 67 cm, 81 cm and 84 cm as well as a few bonefish which is a Flats Slam. Nick managed to land a 67 cm and an 80 cm GT.

From the Alphonse Fishing Co. Team on Alphonse. 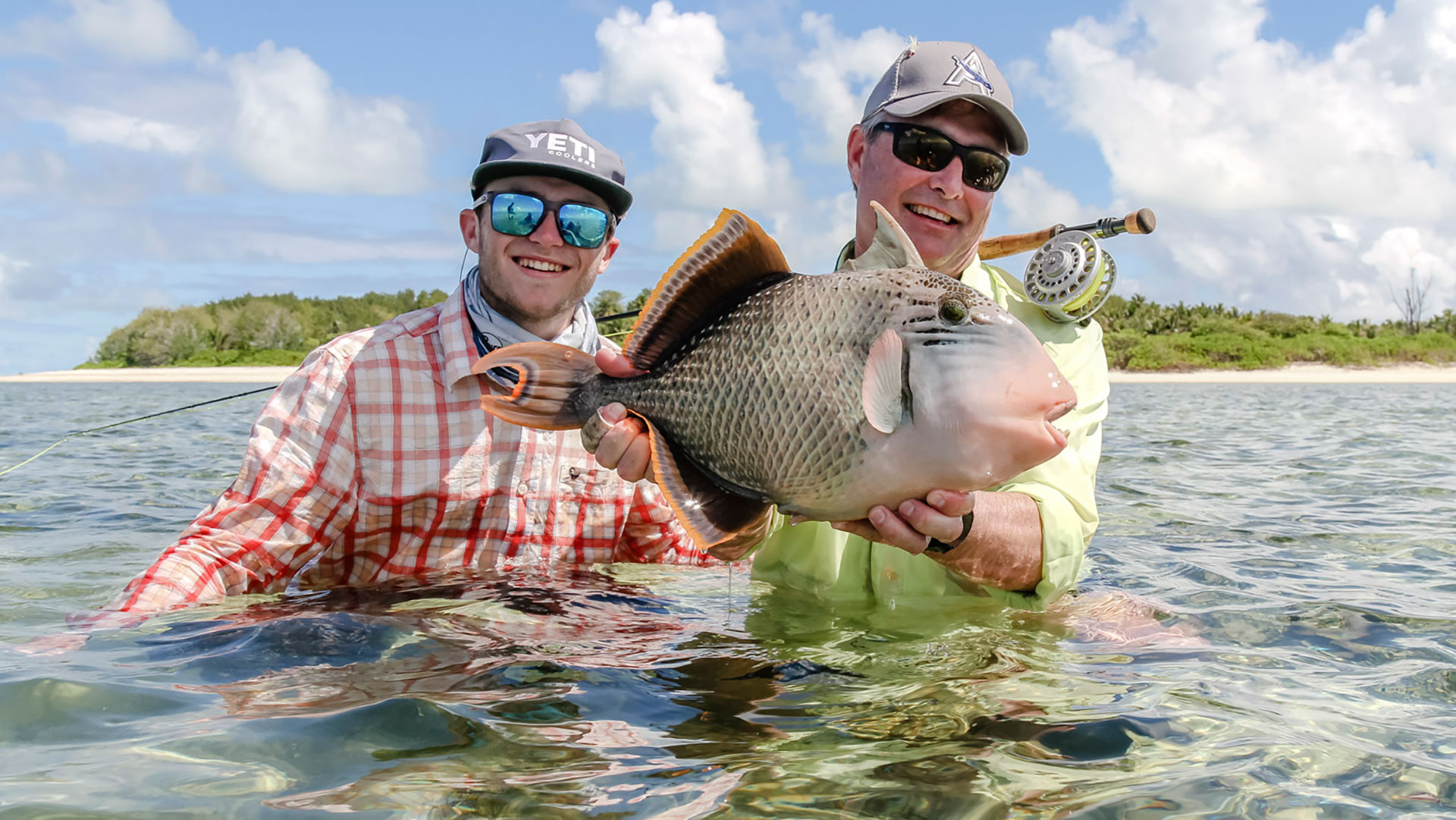 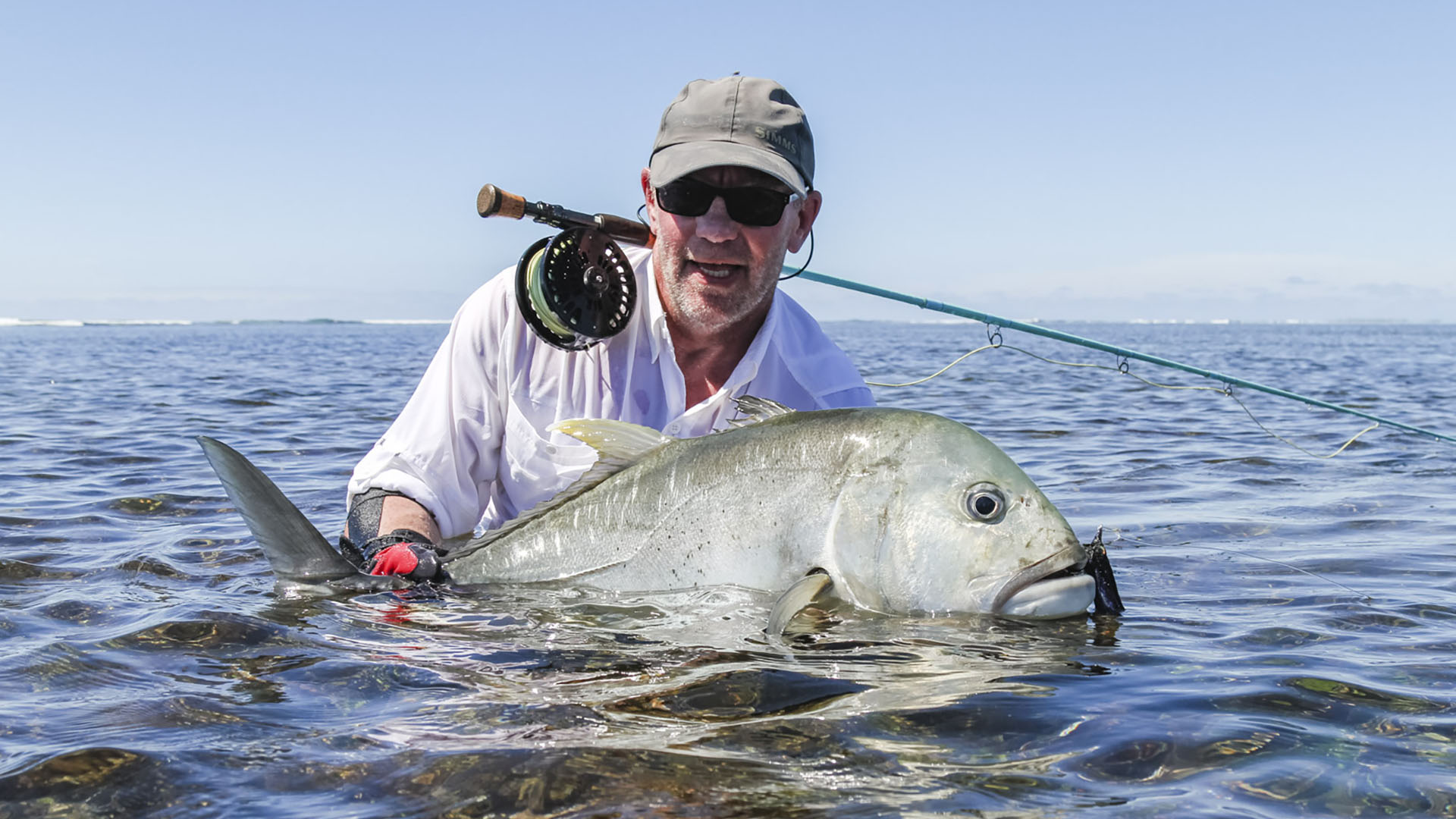