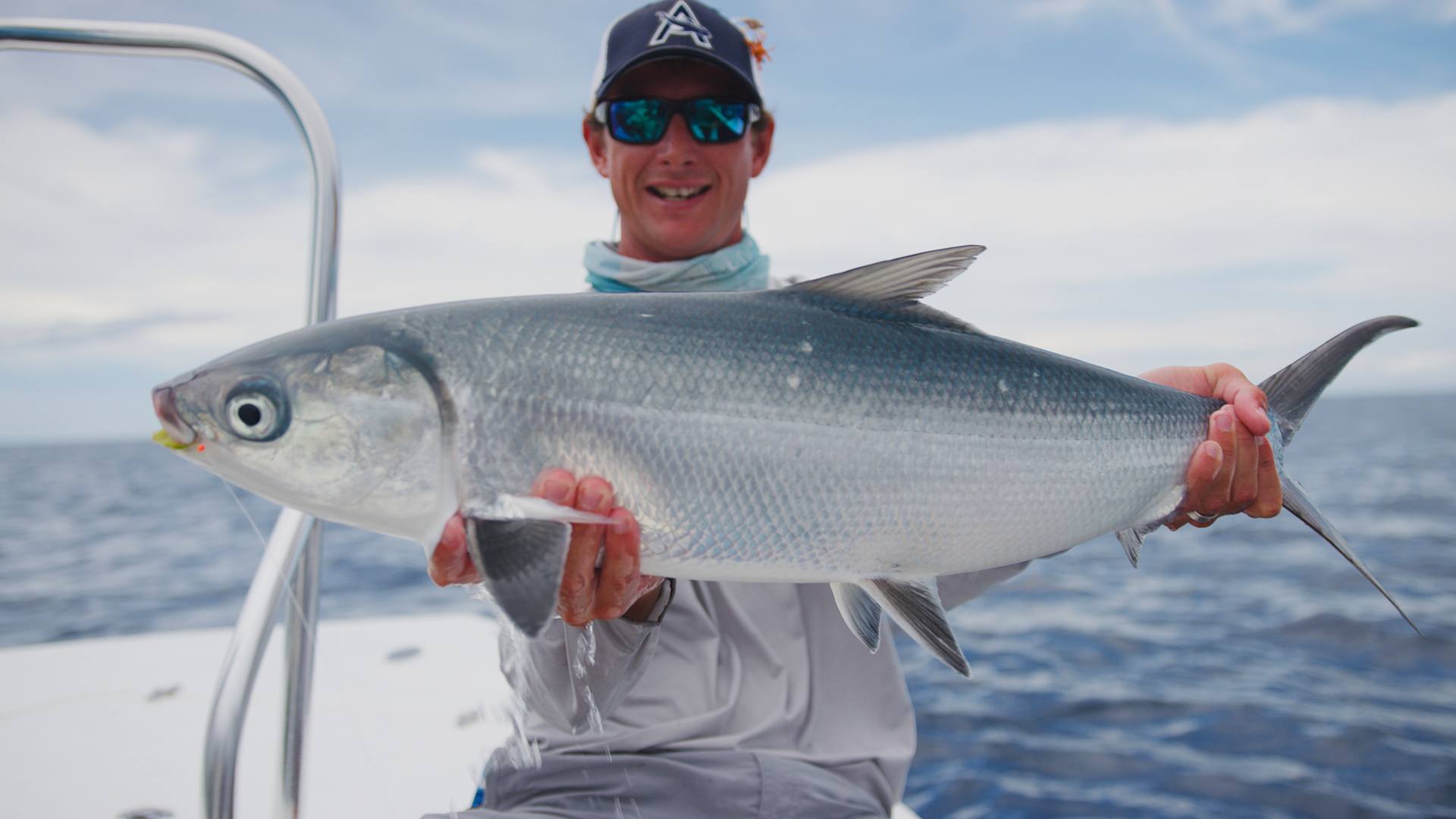 Anglers experienced a brilliant week at Alphonse during week 23 of the season. The weather was up and down over the week however this didn’t stop anglers from landing some really great catches. The tides transitioned into spring tides during the new moon phase which allowed anglers to fish the surf as well as the lagoon of St. François. 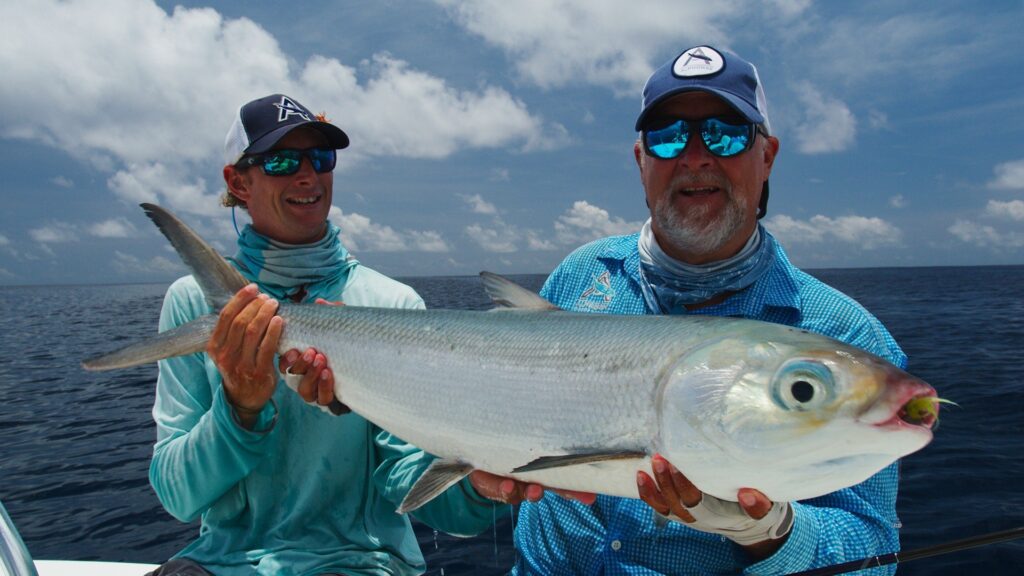 The bonefishing was very good over the week with the spring drop pushing bones off the flats. Anglers managed to land 227 bonefish over the week.

Day one was off to a good start for milkfish! and Mike landing two GT’s measuring 94 cm and 74 cm. Day two as a good day for John Murray. John landed a massive 91 cm GT. Eric and Karin landed two GT’s measuring 60 cm and 68 cm on day three. 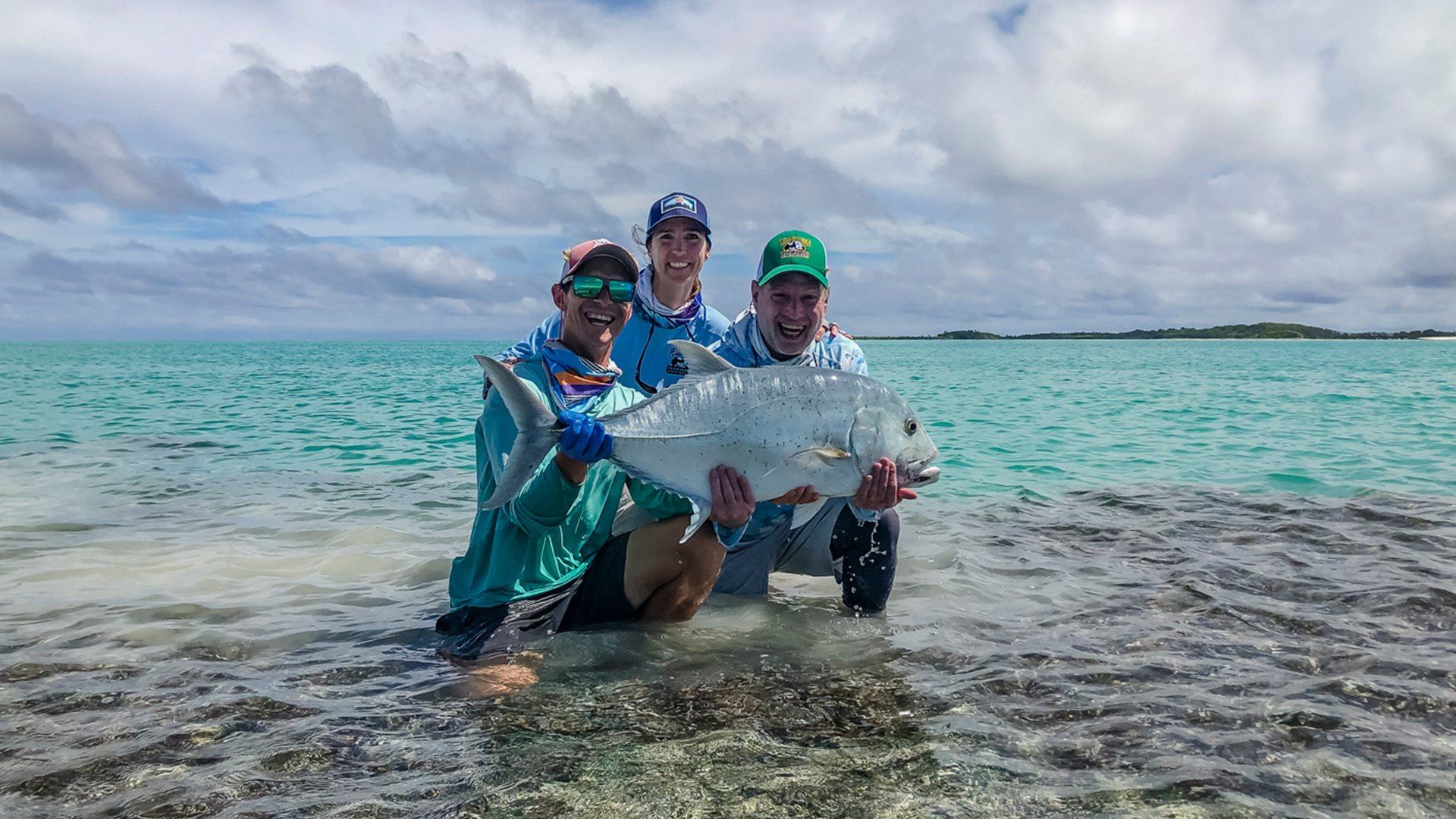 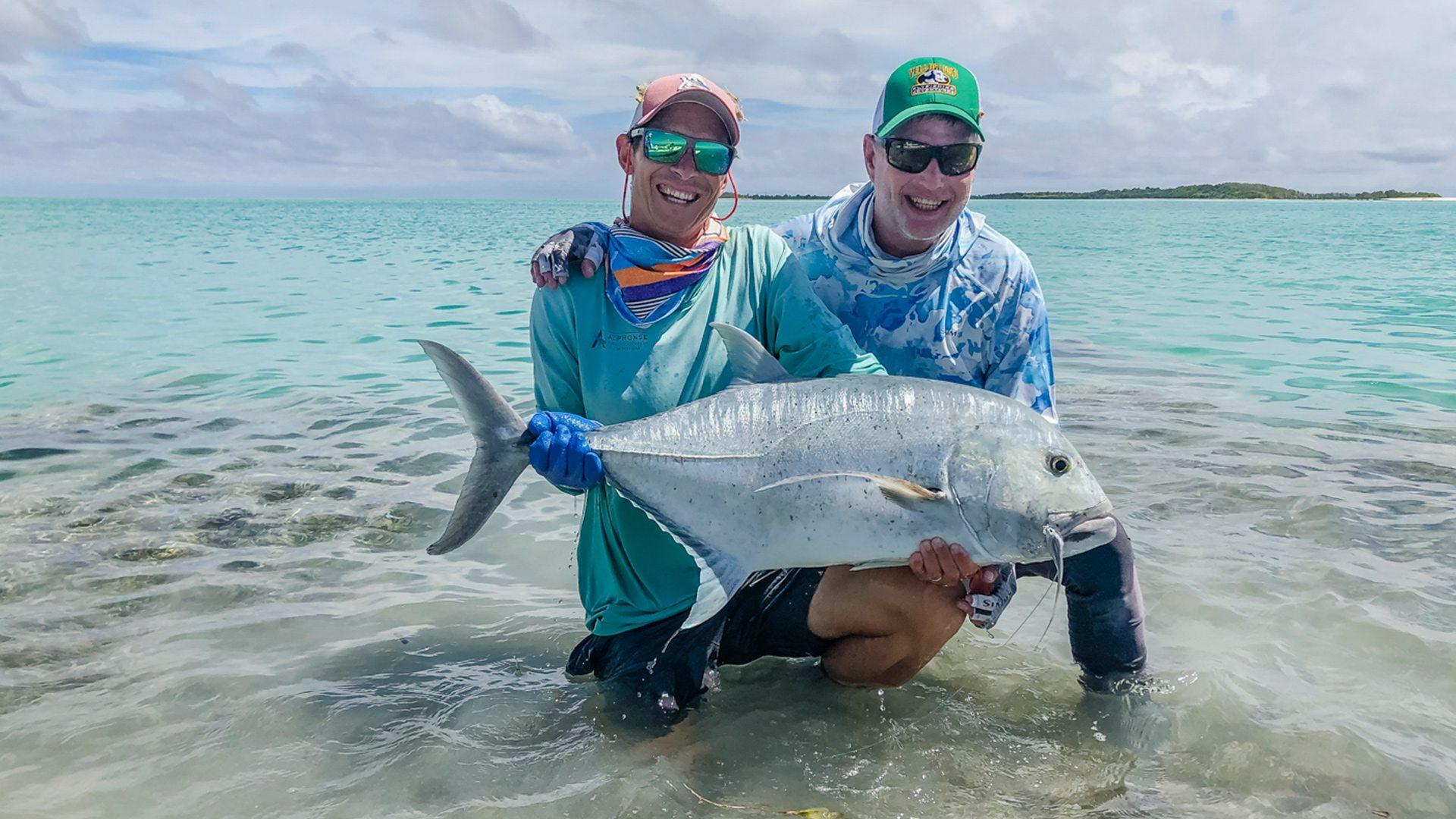 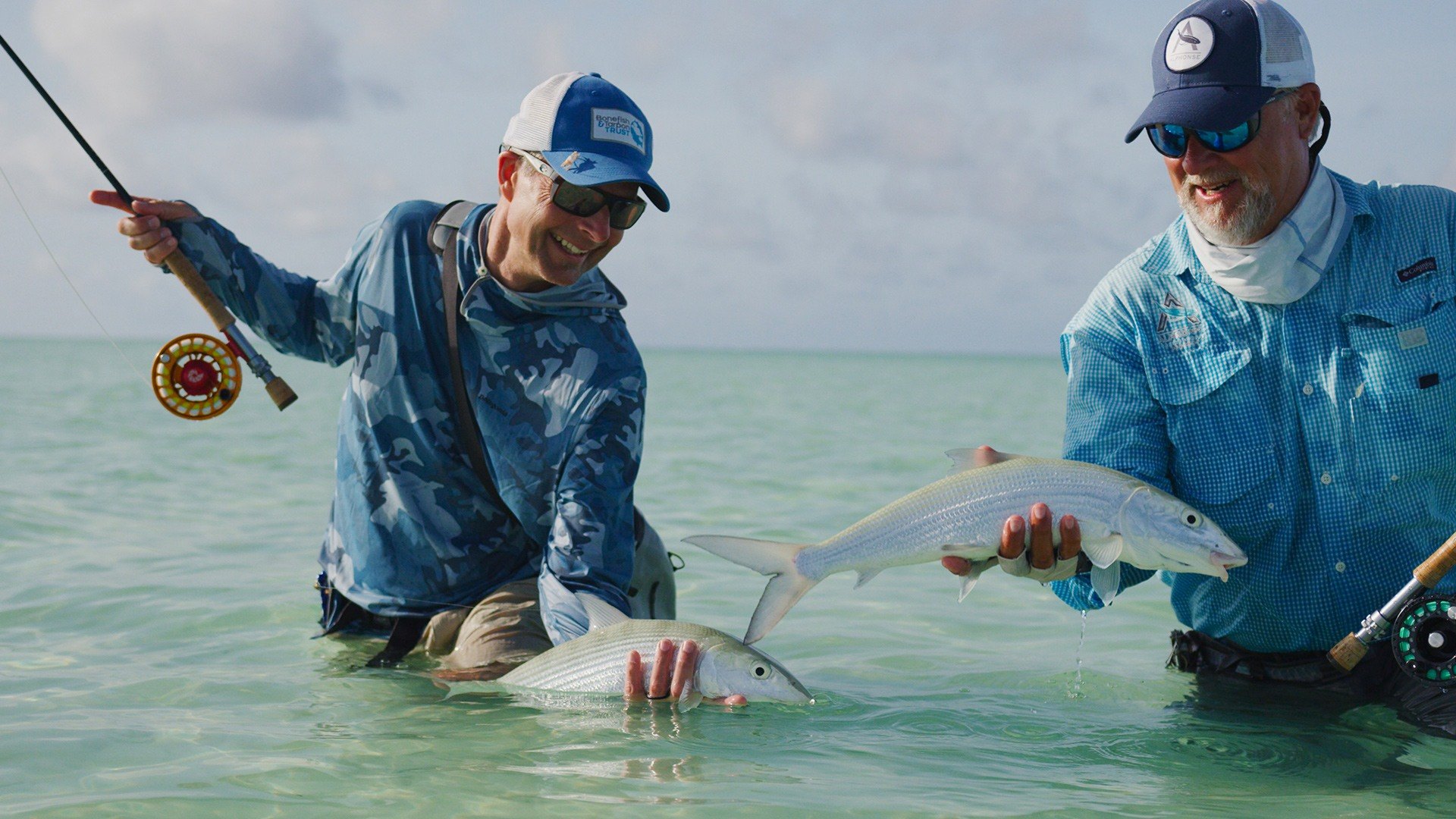 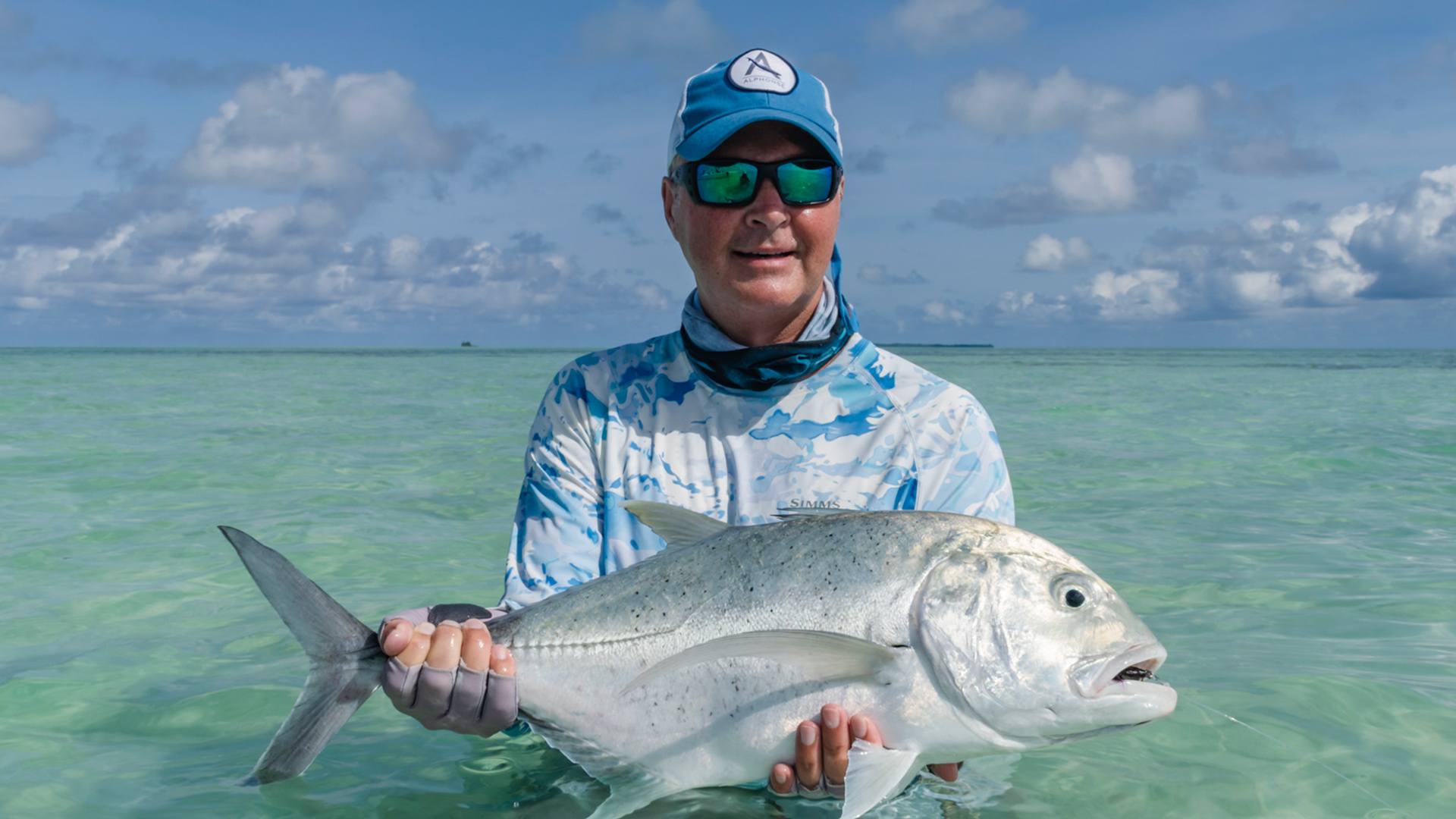 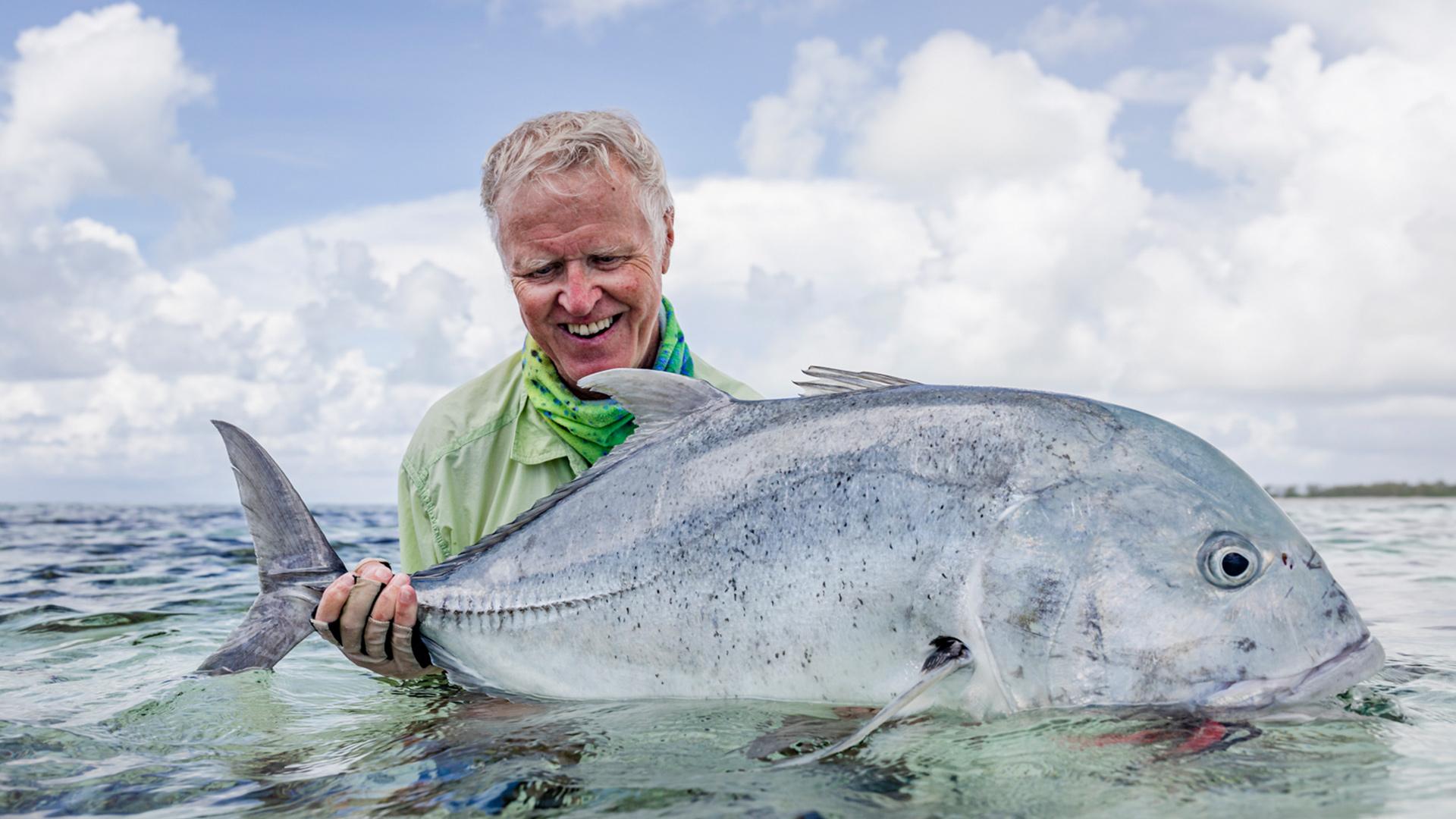 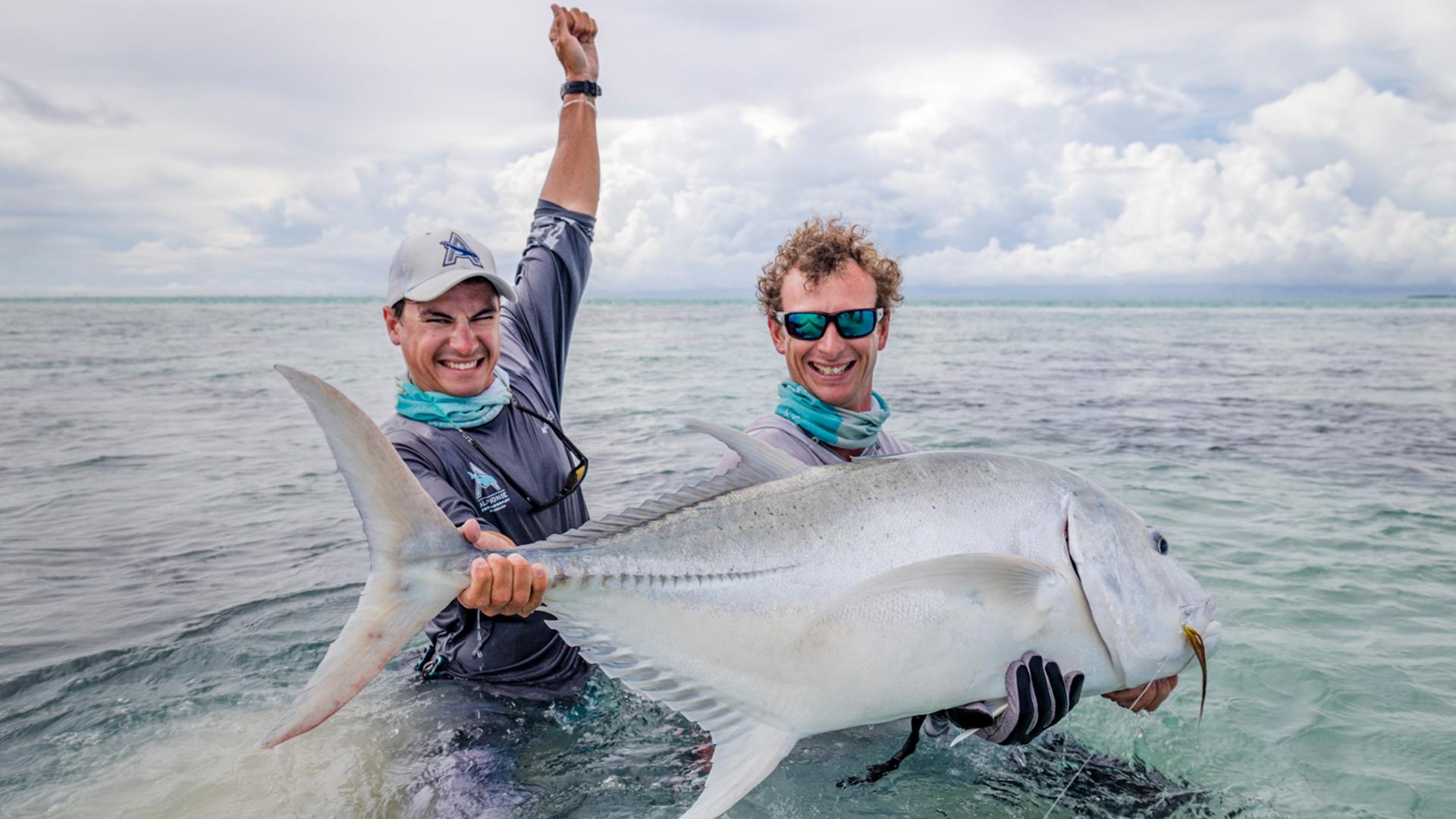 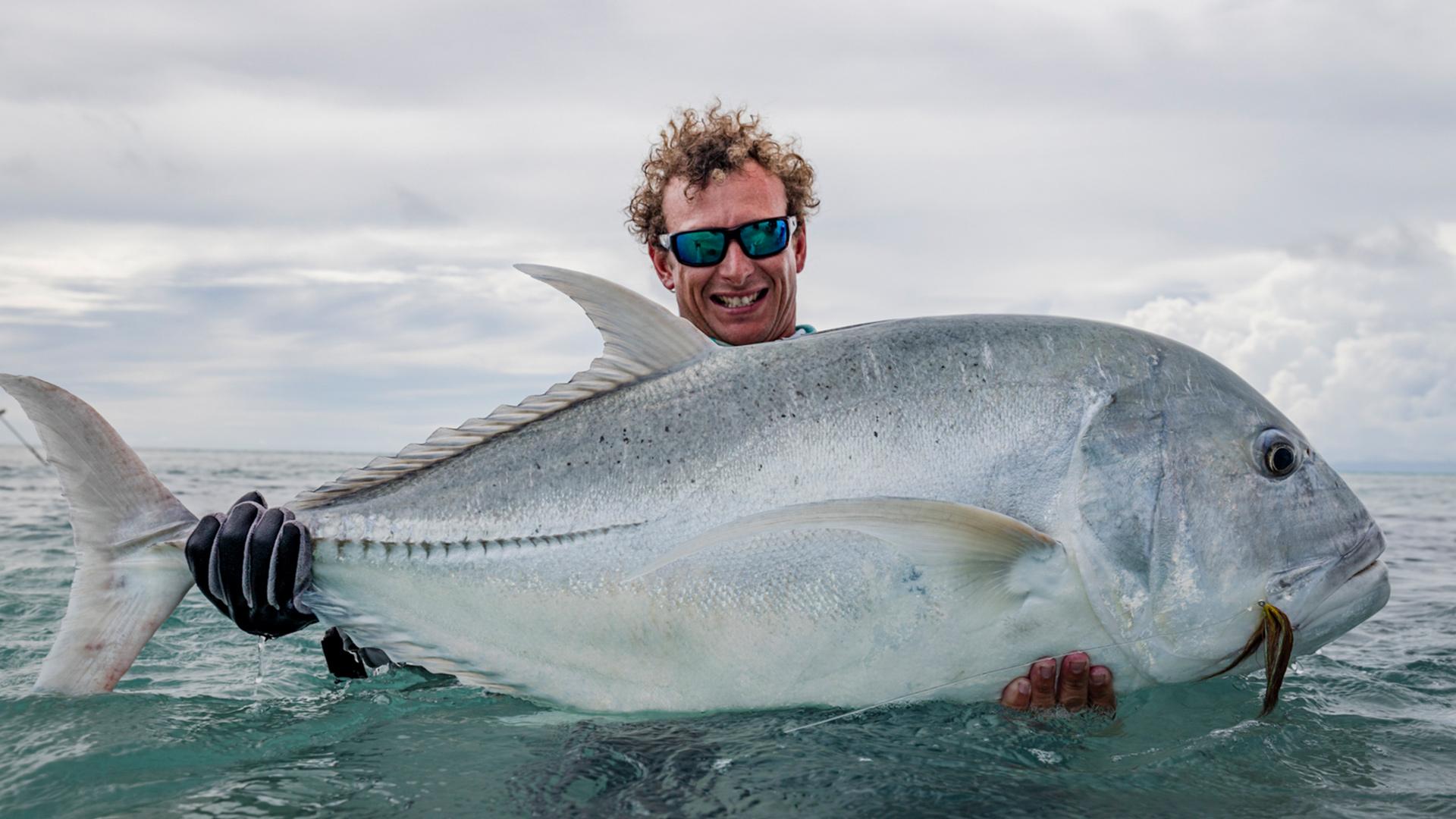 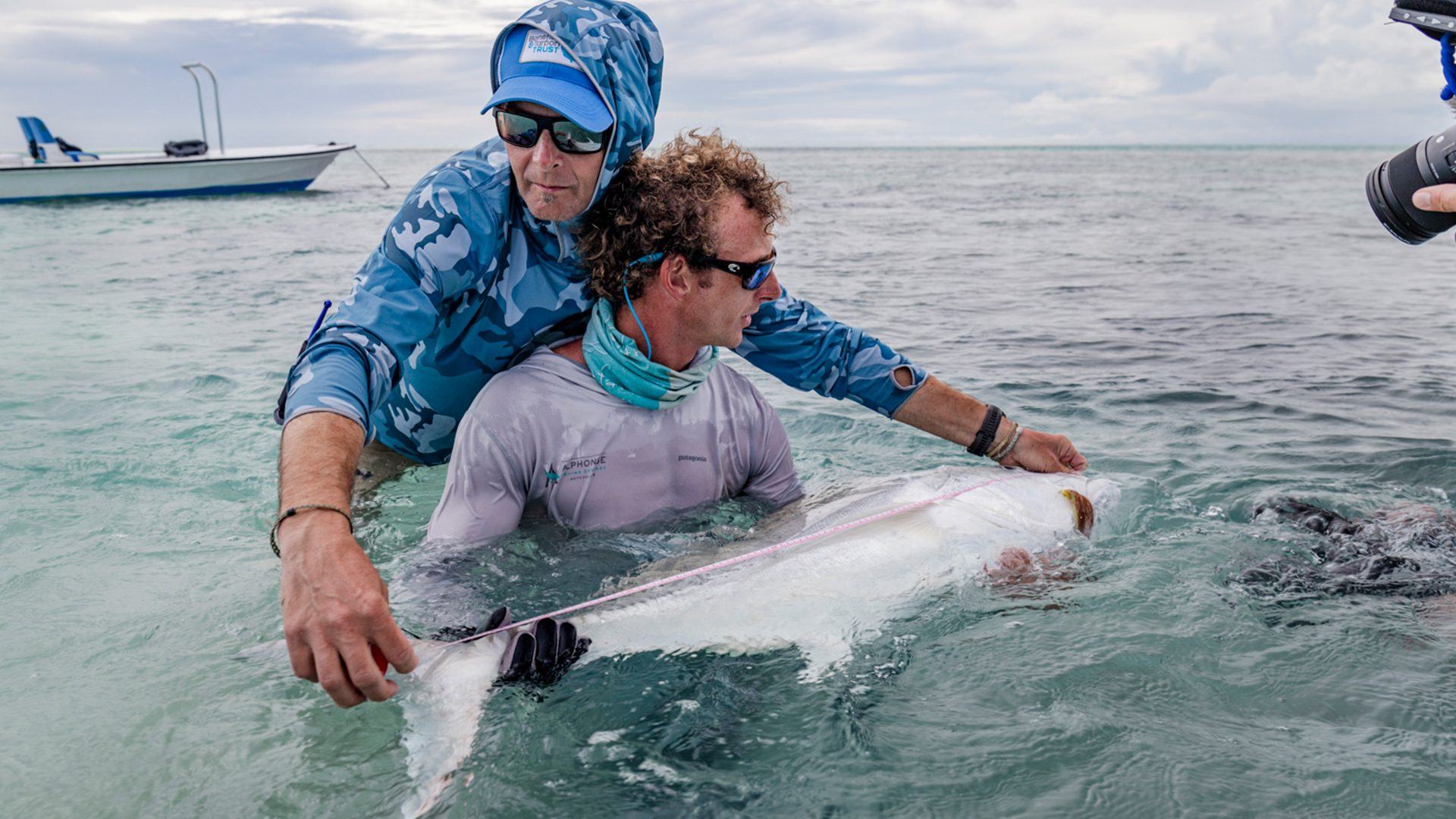 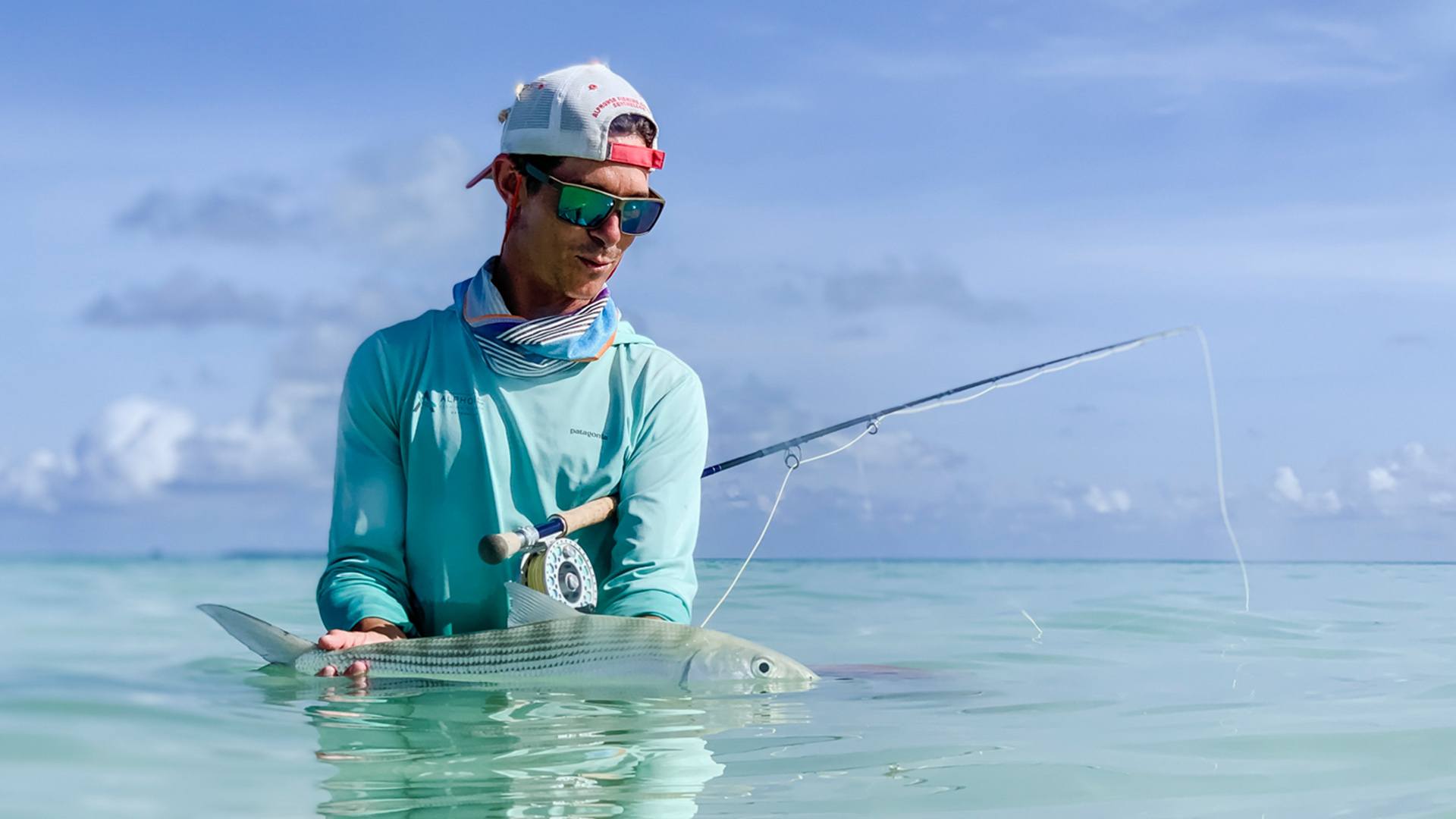