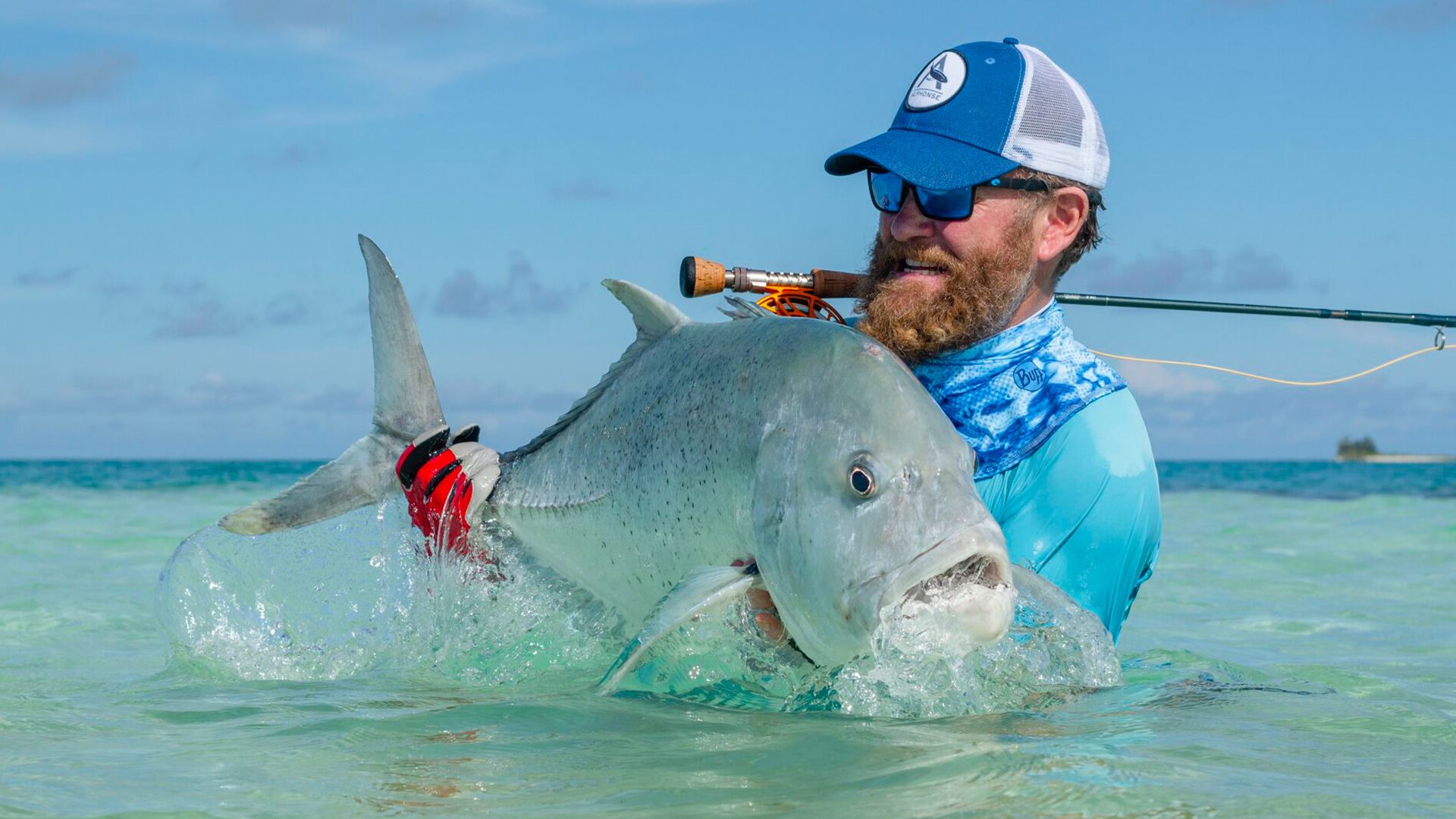 It has been a very jolly Christmas on Alphonse Island this past week.

Anglers have been extremely fortunate to experience fairly decent weather conditions over the past week however a fairly strong westerly wind has been blowing with a transition from a neap to a spring tide. The fishing has been very good over the past week with some anglers walking away with their catch of a lifetime.

The bonefishing was brilliant as always, anglers have managed to land a grand total of 149 bonefish over the week. The week was off to a good start with Ralph Trim landing a beautiful 75 cm GT.

Terrance Trim landing the permit of a lifetime measuring 44 cm on top of all that and the brothers managed to land some decent sized bonefish. David Fell landed the GT of the day measuring a massive 104 cm – any GT caught measuring over 100 cm is considered a trophy fish.

Tommy Hardecky a legendary guide and angler joined us for Christmas, on day one Tommy managed to land two moustache triggerfish measuring 35 cm and a massive 50 cm.

Day two was a good day for Simon Cooke, Simon managed to land his first bonefish as well as a beautiful 30 cm permit. On day three we saw Tommy land another two GT’s measuring 65 cm and 70 cm as well as a monster bluefin trevally measuring 70 cm.

Wyatt Fell a young man who worked hard over the week to land a GT finally did. Wyatt landed a 63 cm GT fishing the famous Milkyway Channel, Wyatt also landed an impressive 65 cm bluefin trevally later that day topped off with some nice big bonefish.

Day six was the day for GT’s, a very experienced Alphonse Atoll fisherman Mr. David Hall managed to land a flats slam consisting of a bonefish, a 44 cm moustache triggerfish, and an impressive 88 cm GT.

Another fantastic week was spent at Alphonse Island fishing St Francois Atoll. Memories were made and bonds were formed that will last a lifetime. Stay tuned for next week’s report as we are sure you won’t want to miss it. 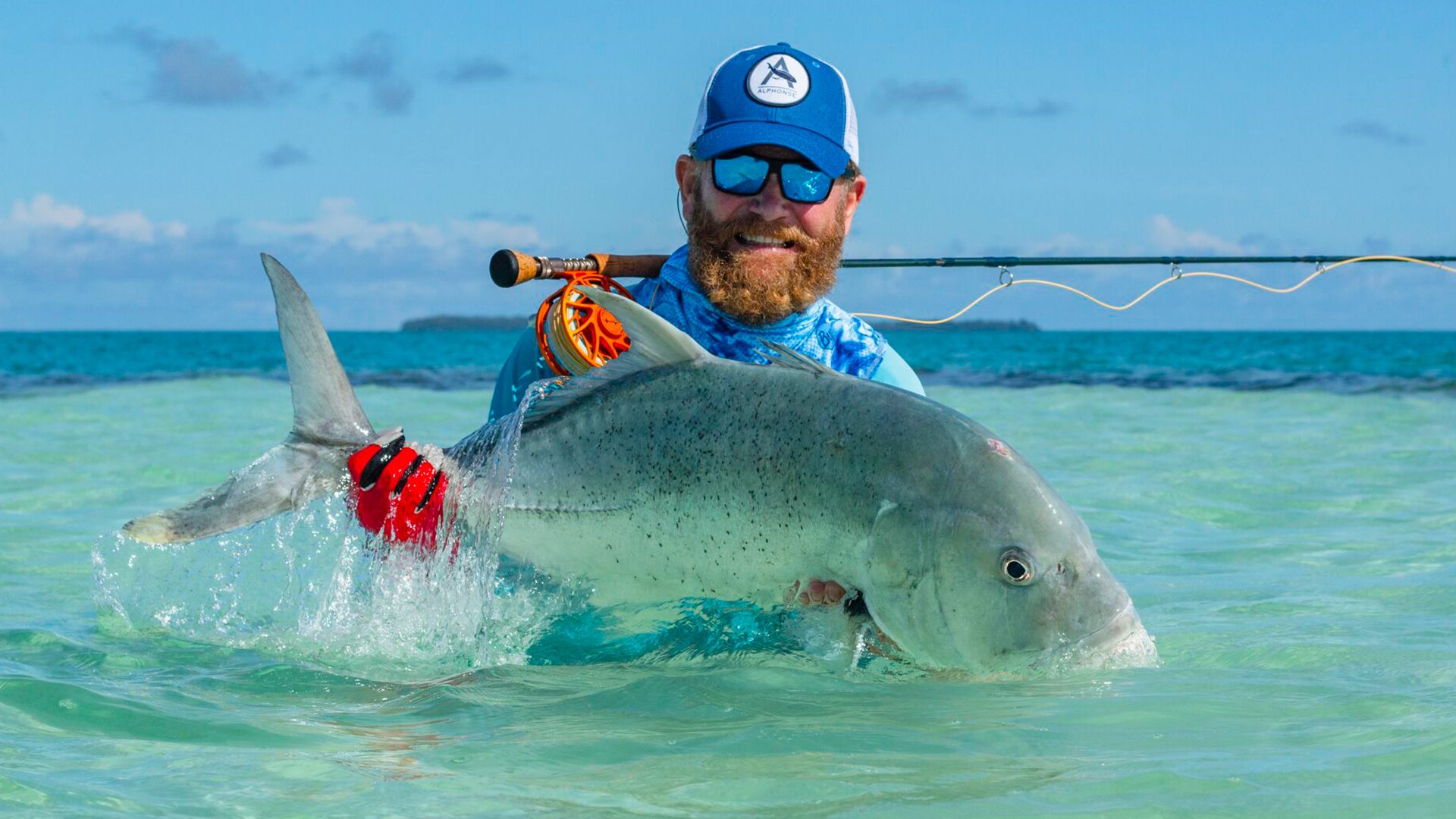 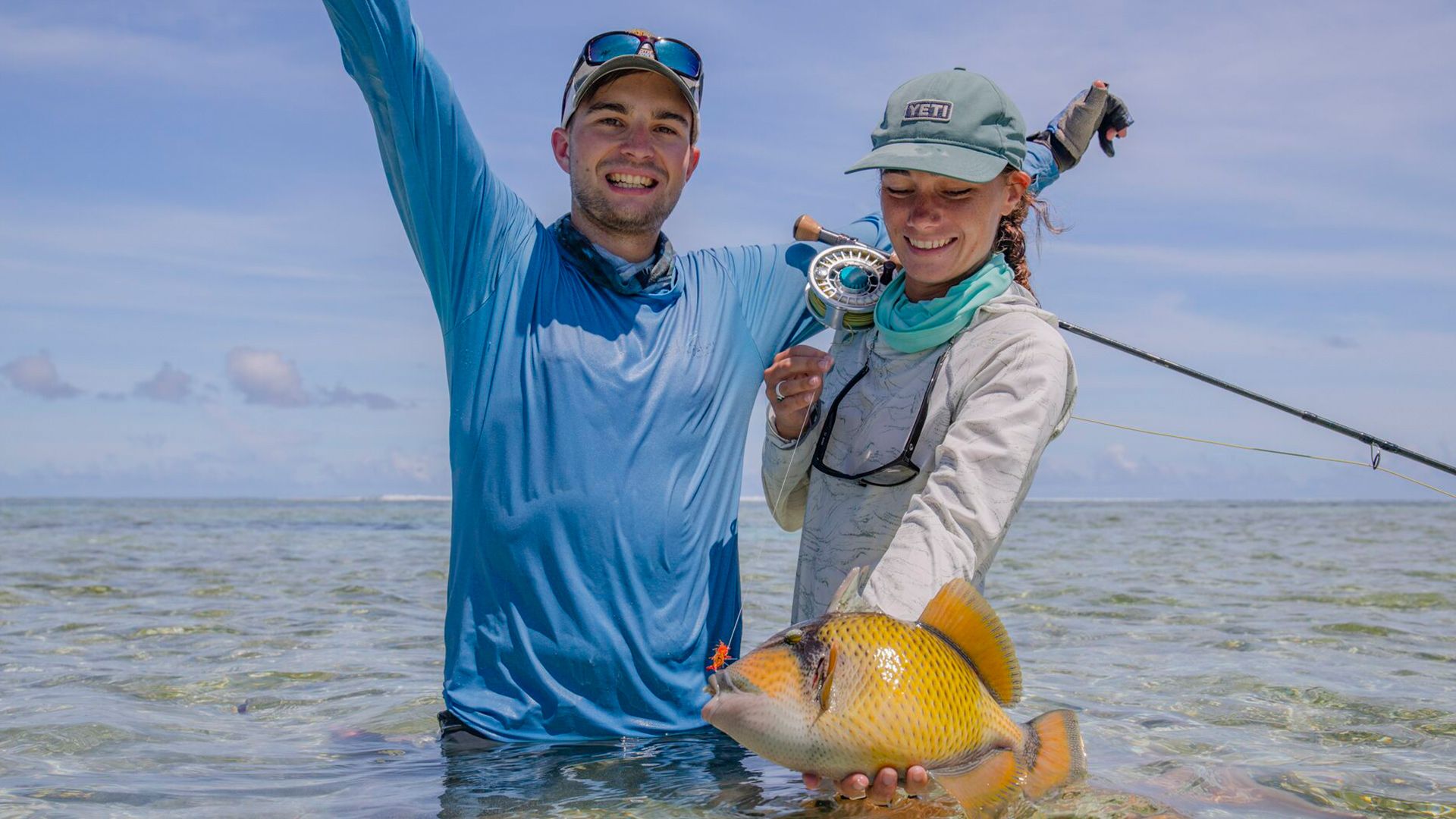 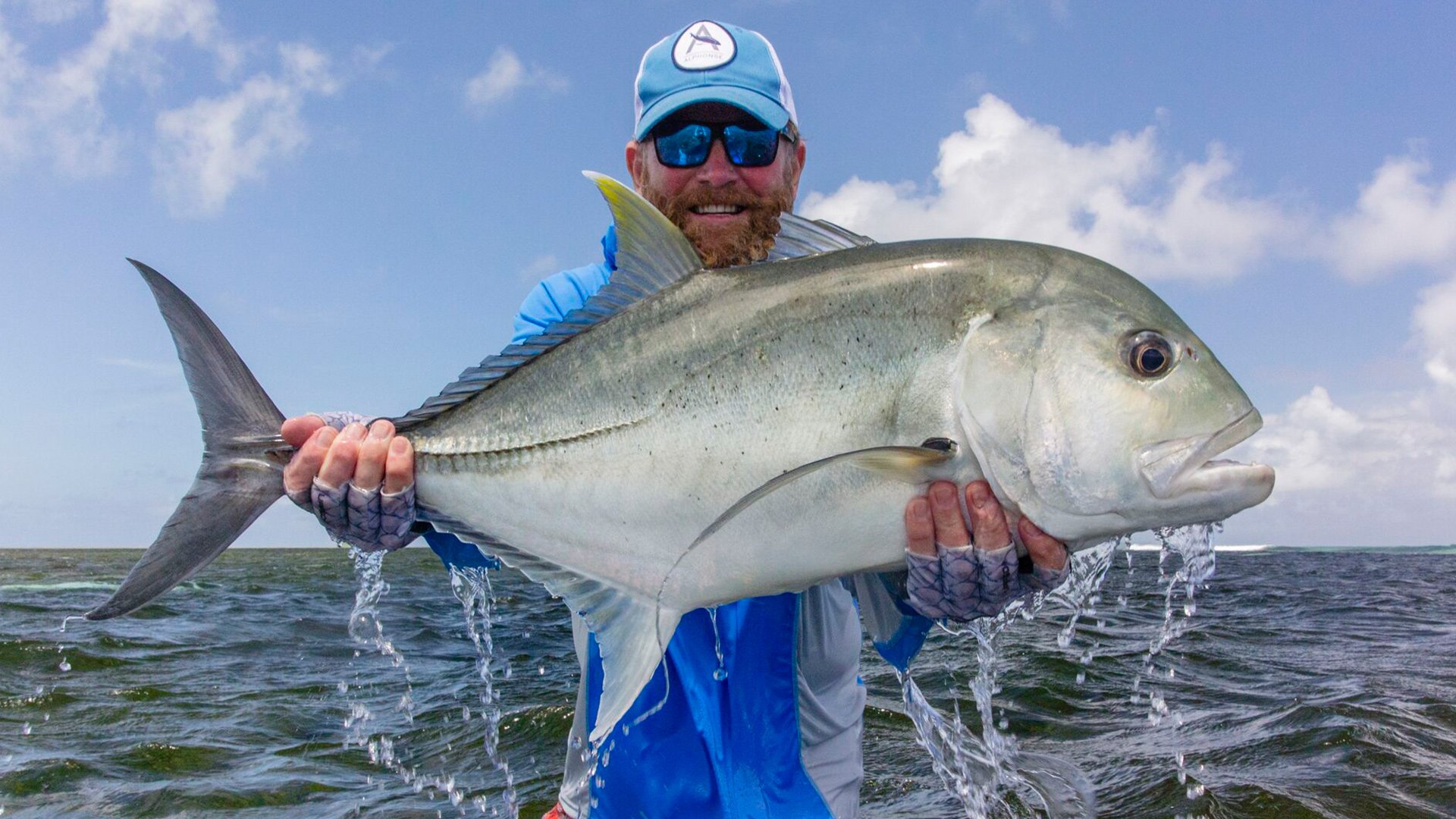 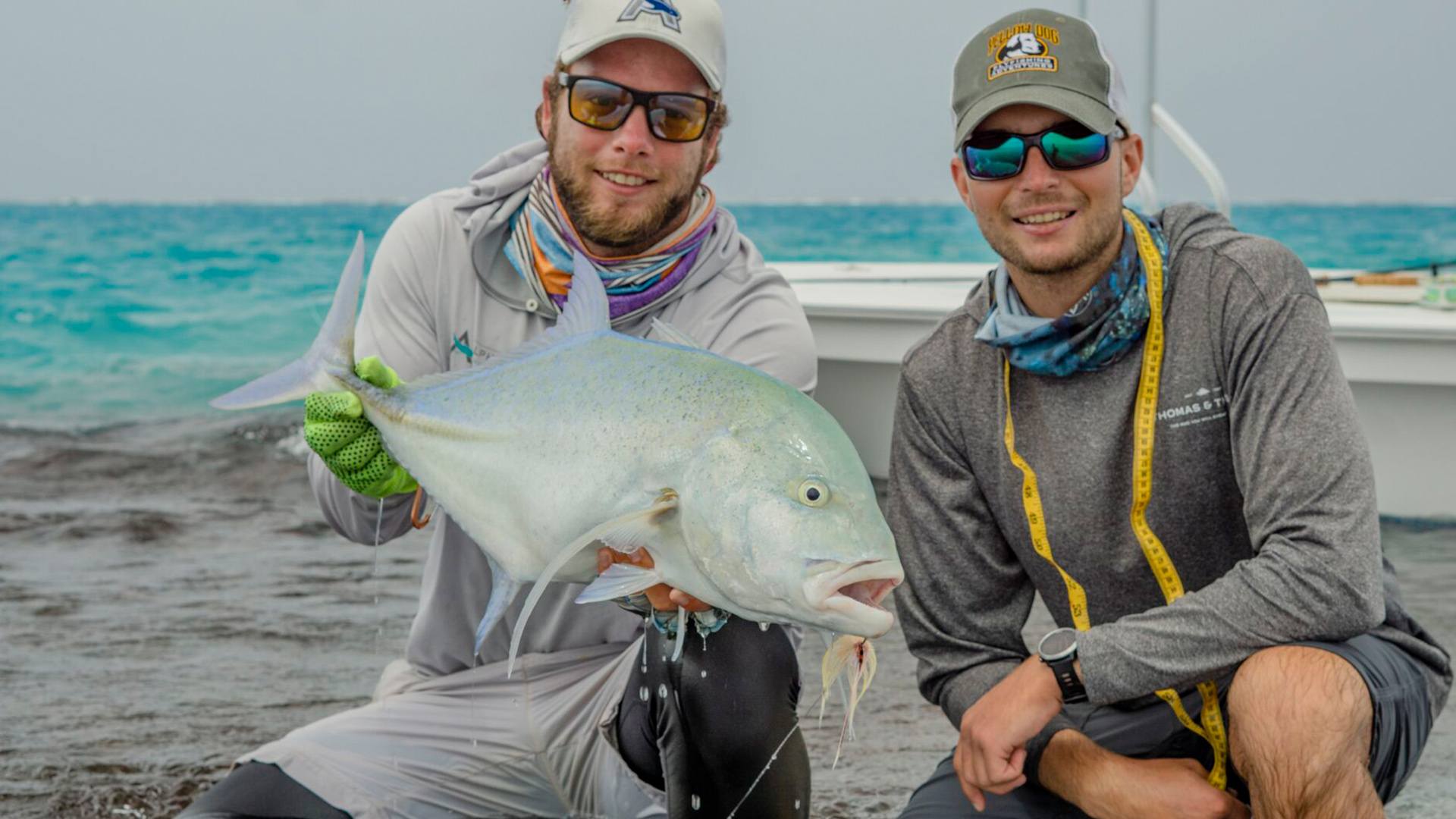 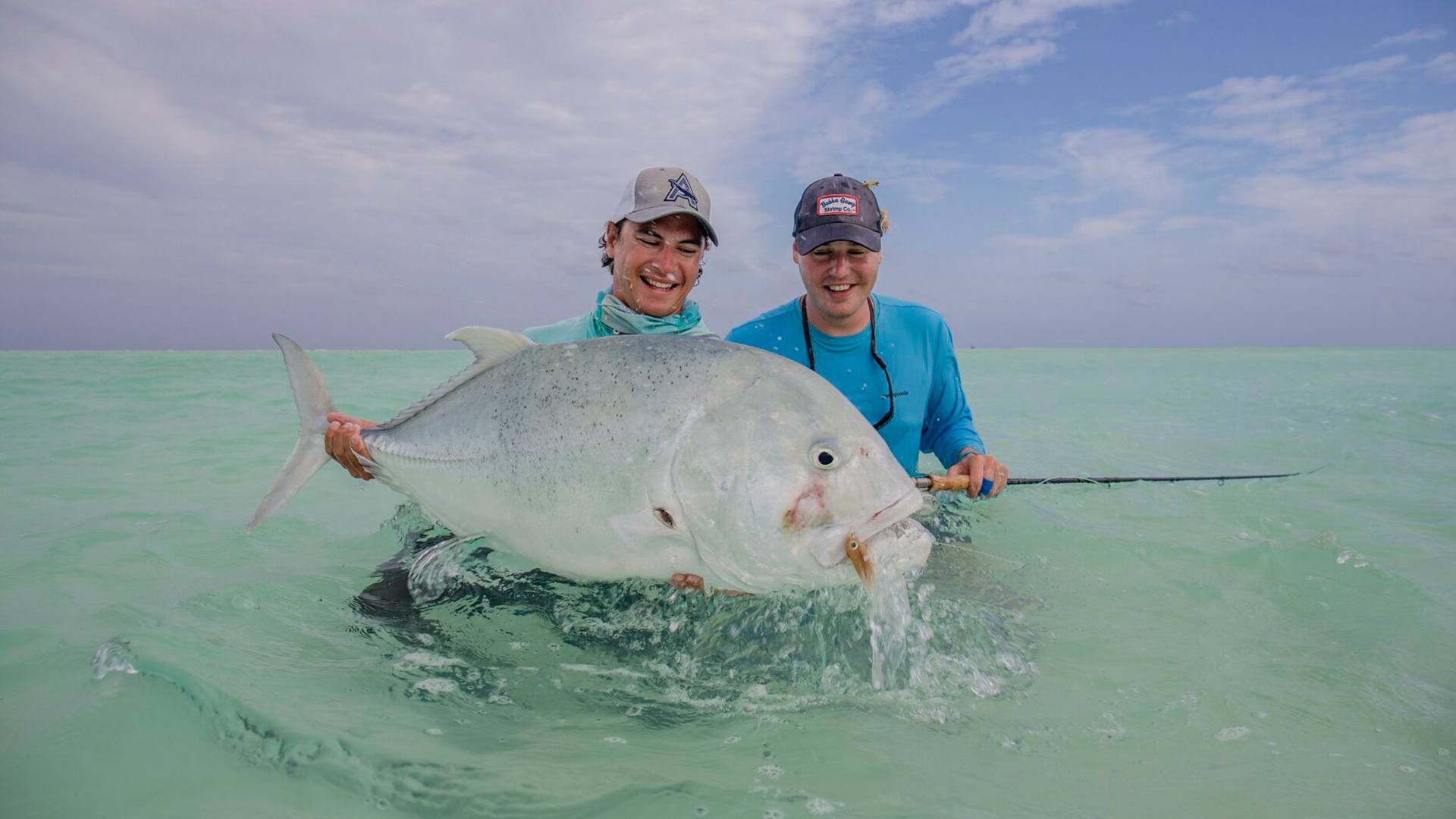 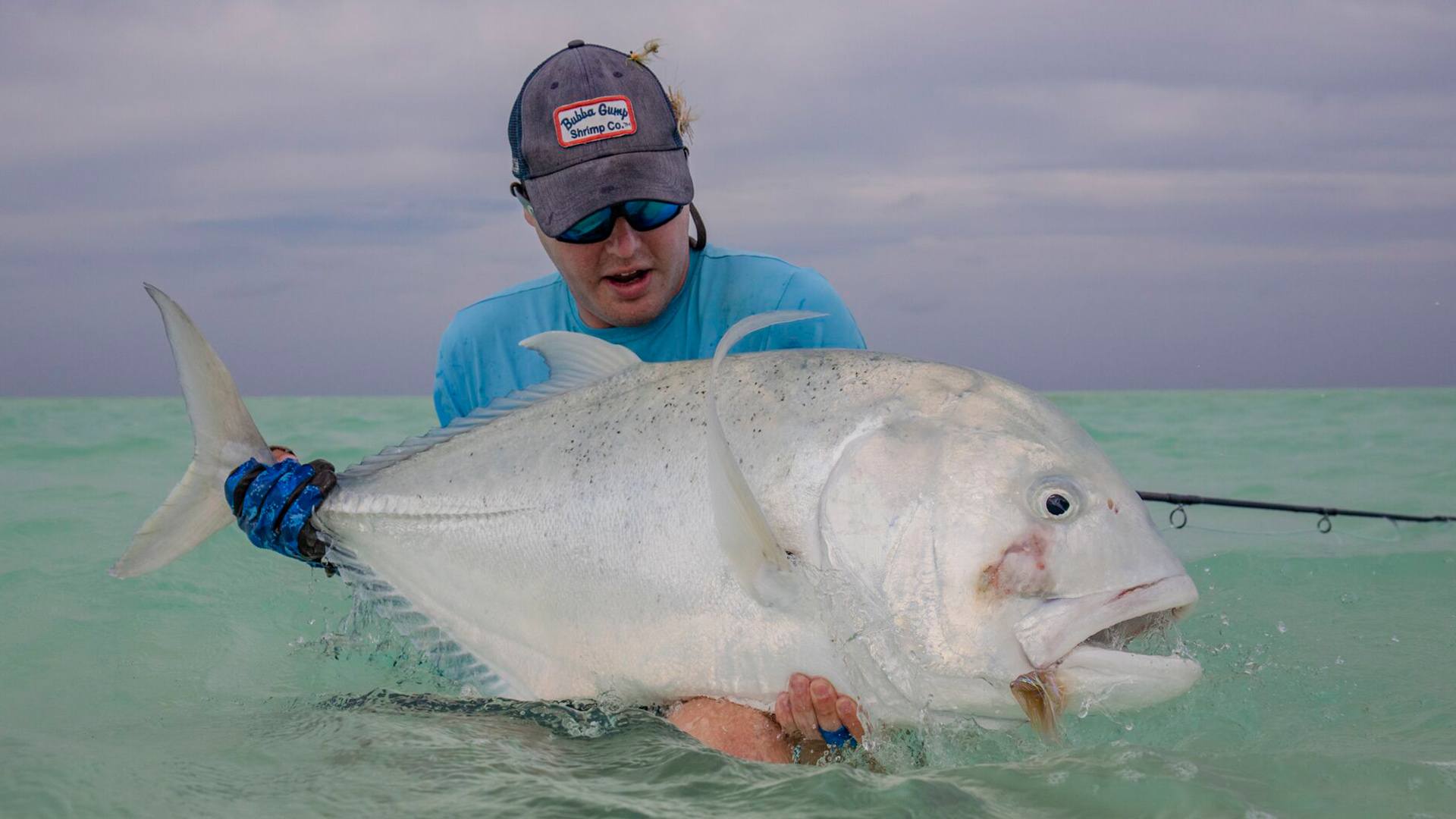