The fishing week at Alphonse Island started off well, with three skiffs on the water. The weather conditions were a bit brisk, with strong winds. Notwithstanding, with our adamant guests, we went out, which delivered some incredible catches.

The neap tide in full swing allowed our eager anglers to target a variety of species each day. The fishing guests did not win so much with triggers, but the number of bonefish, giant trevally, and Indo-Pacific permit made up for this. Four guests caught some 78 bonefish, three giant trevallies, and two permit in just a week.

One group of fishing guests, Jeff and Amy, who spent a week with us, managed to land some fantastic catches. Jeff landed a GT measuring 66 cm in length. On her first day, Amy managed to land her first bonefish on fly. Throughout the week, the duo went on to land a considerable number of bonefish, with Amy landing the biggest GT of the week, measuring a massive 107 cm!

Tapani, a real flats legend, focused on other species that were a bit tougher to catch than the bonefish. Although the giant trevallies were not eating the flies, Tapani had great success with permit. On day five of his trip, Tapani managed to land a permit measuring 40 cm. He had even better luck the following day in catching a cracking 61 cm permit – breaking the record for the biggest permit landed so far. 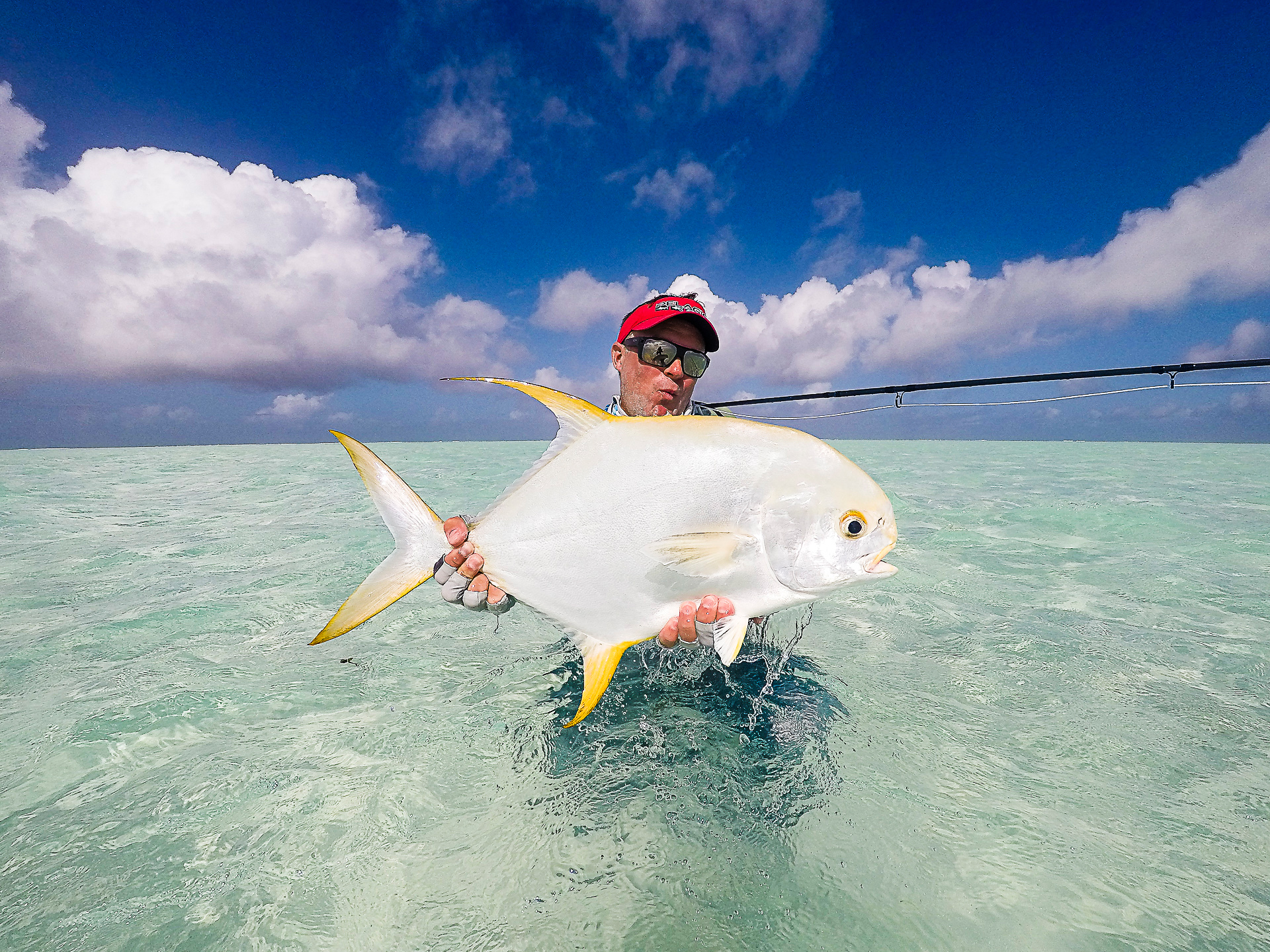 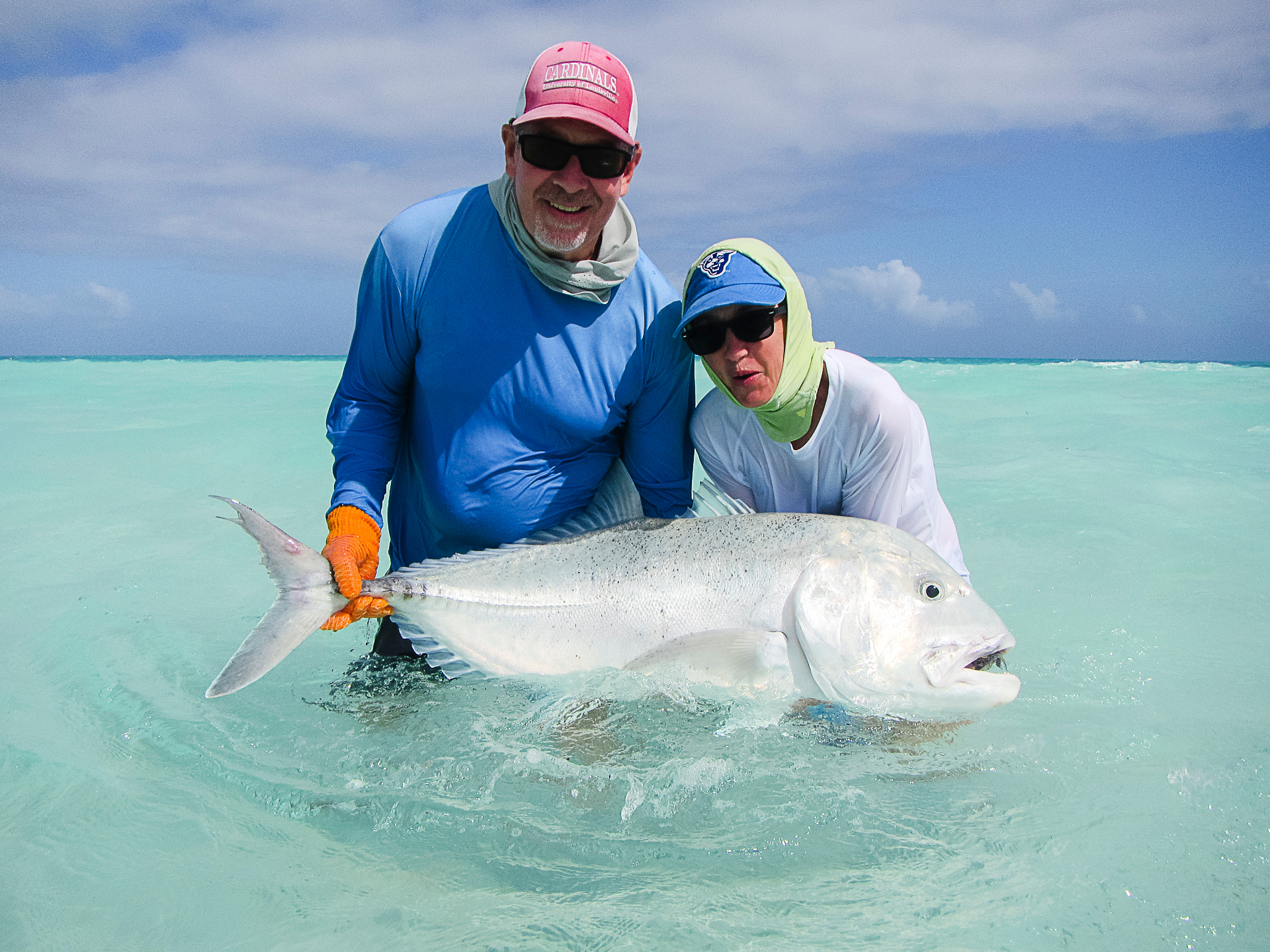 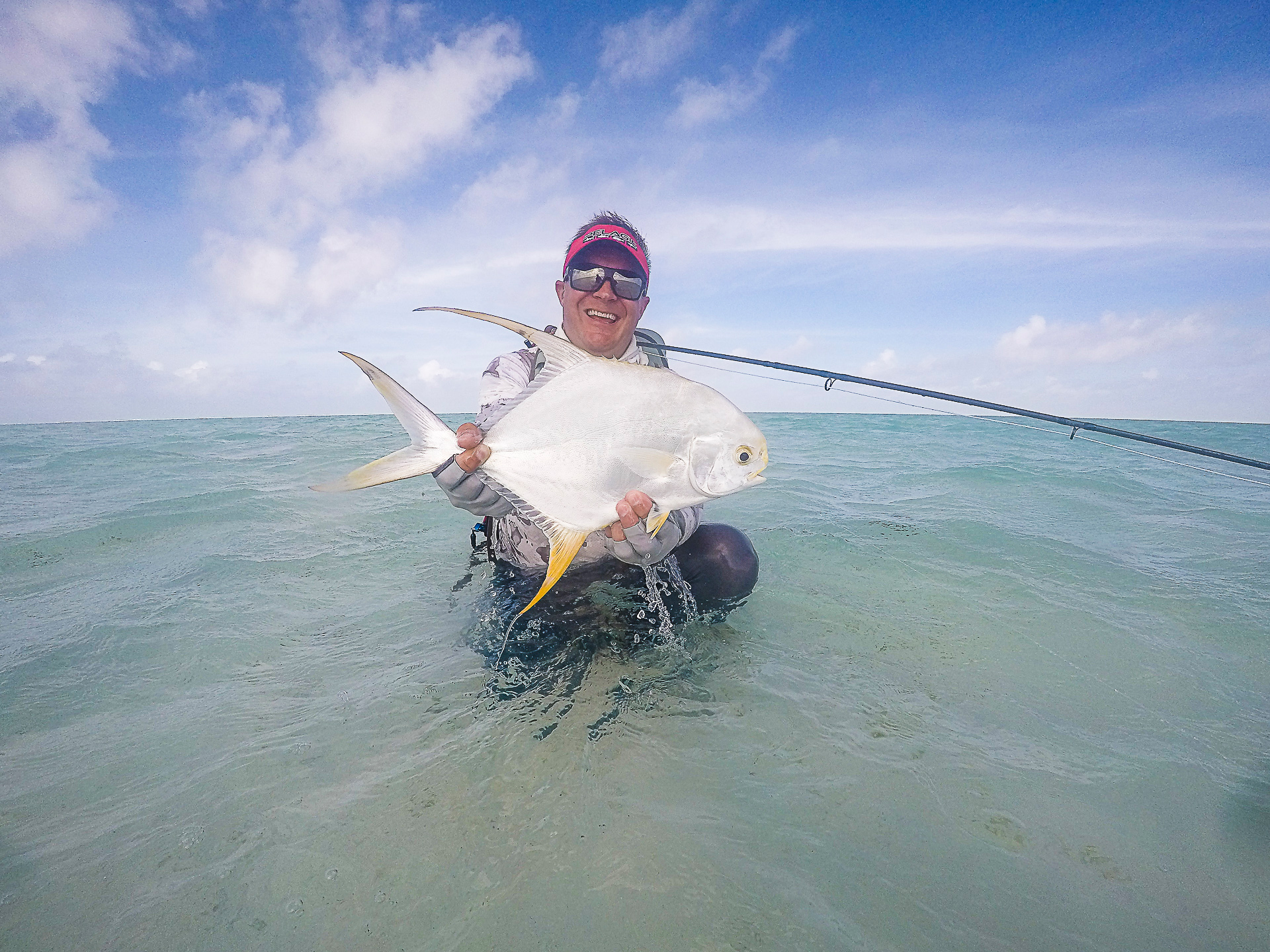 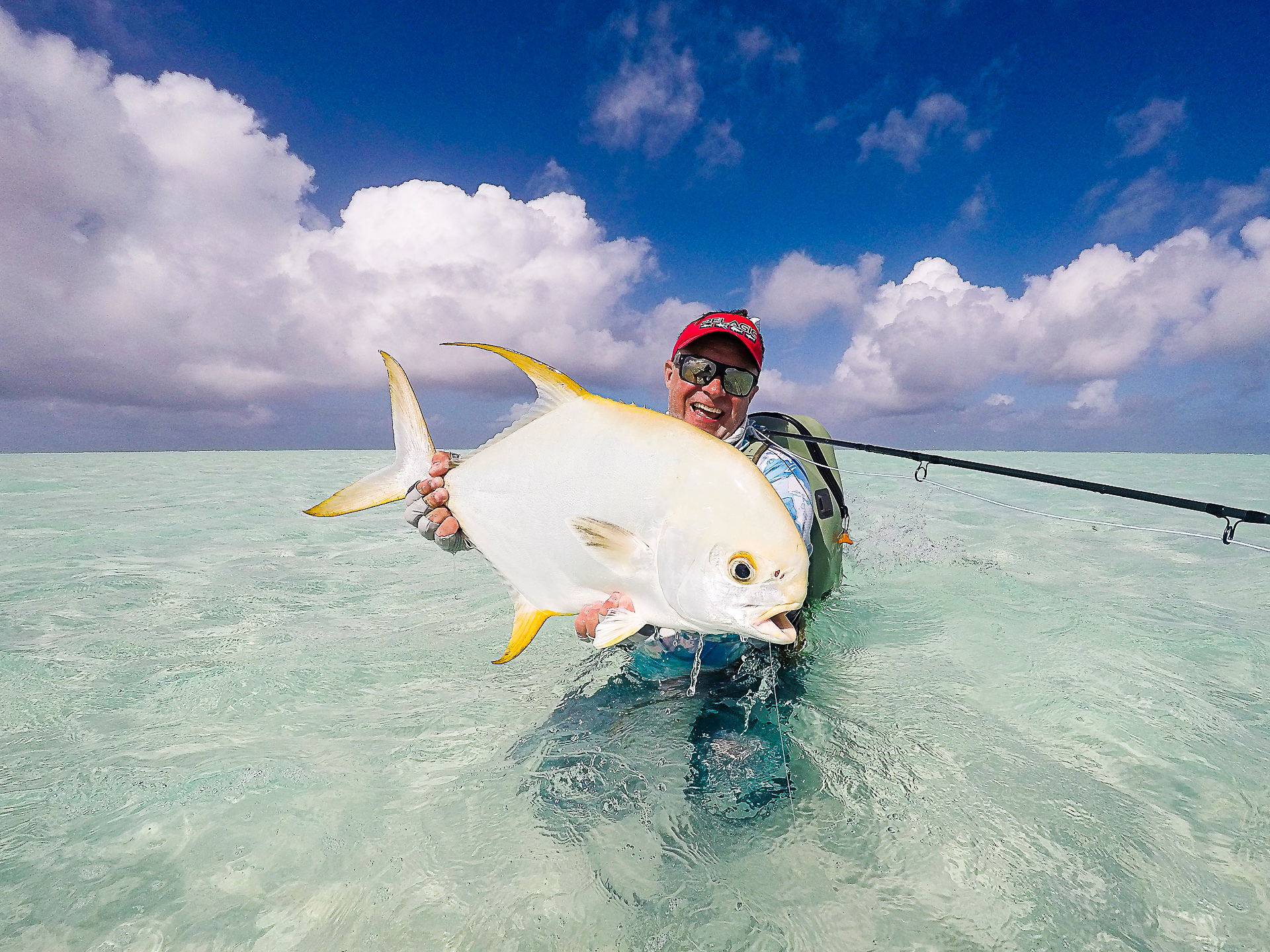 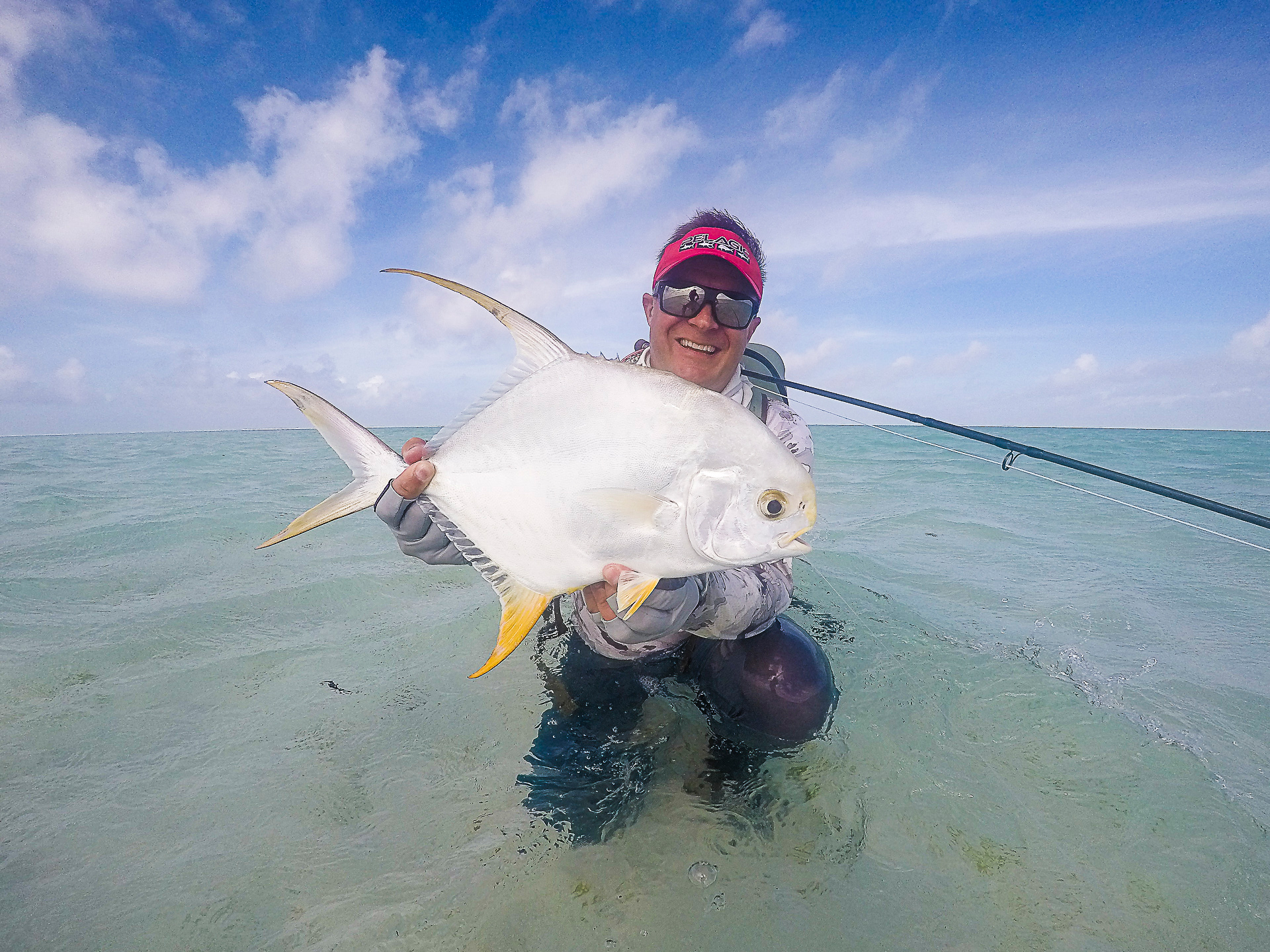