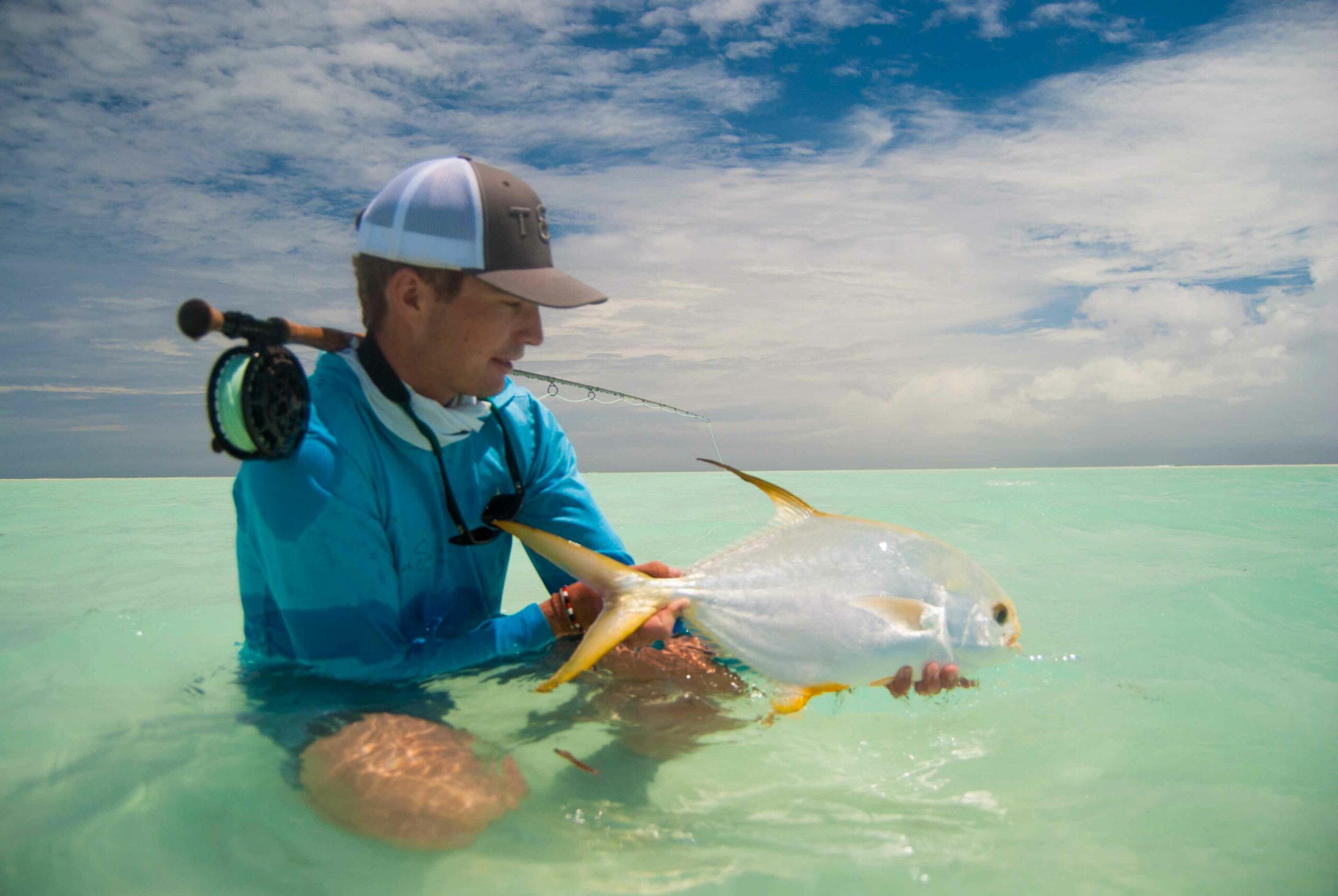 The new moon falling in the middle of the week brought on significant tidal movements with a flooding incoming tide. Unfortunately the weather did not cooperate with strong winds, rain and low light overshadowing this great tide cycle which made for a challenging week of fishing. The unsettled weather did however seem to get the permit feeding and three exceptional anglers Dave Hall, Tommy Hradecky and Mike Garbutt overcame the hook-pulls and break-offs and landed what is undoubtedly one of the prettiest gamefish species and so rightly so called the “Holy Grail” of saltwater fly fishing.

Big GT’s were around in reasonable numbers and despite the tough weather conditions the team subdued nine between the group of seven anglers. The milkfish were up feeding on the more settled weather days and with stories of long fights, bent hooks, leader breaks, the team landed four, one of which was landed by Tommy on the flats on an eight weight rod with 15lbs leader!

The sailfish seemed to not to be playing a fair game and were rather despondent to the fly. Over 20 sailfish were raised during three half day trips, with six hooked and two landed. A 1.6m dogtooth tuna, estimated at 60kgs, put up a good fight against Dave Hall who eventually landed the beast with high-fives all round. 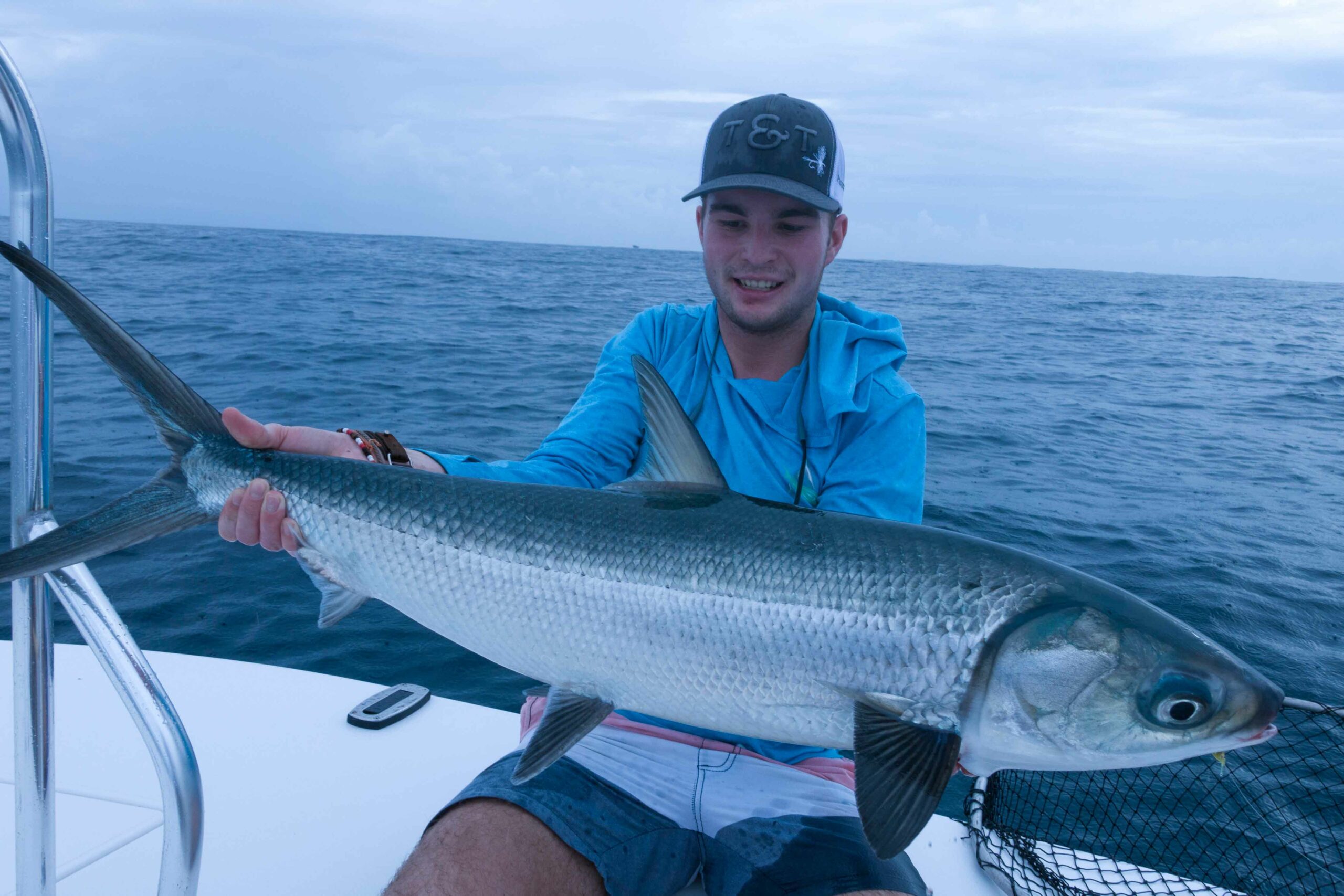 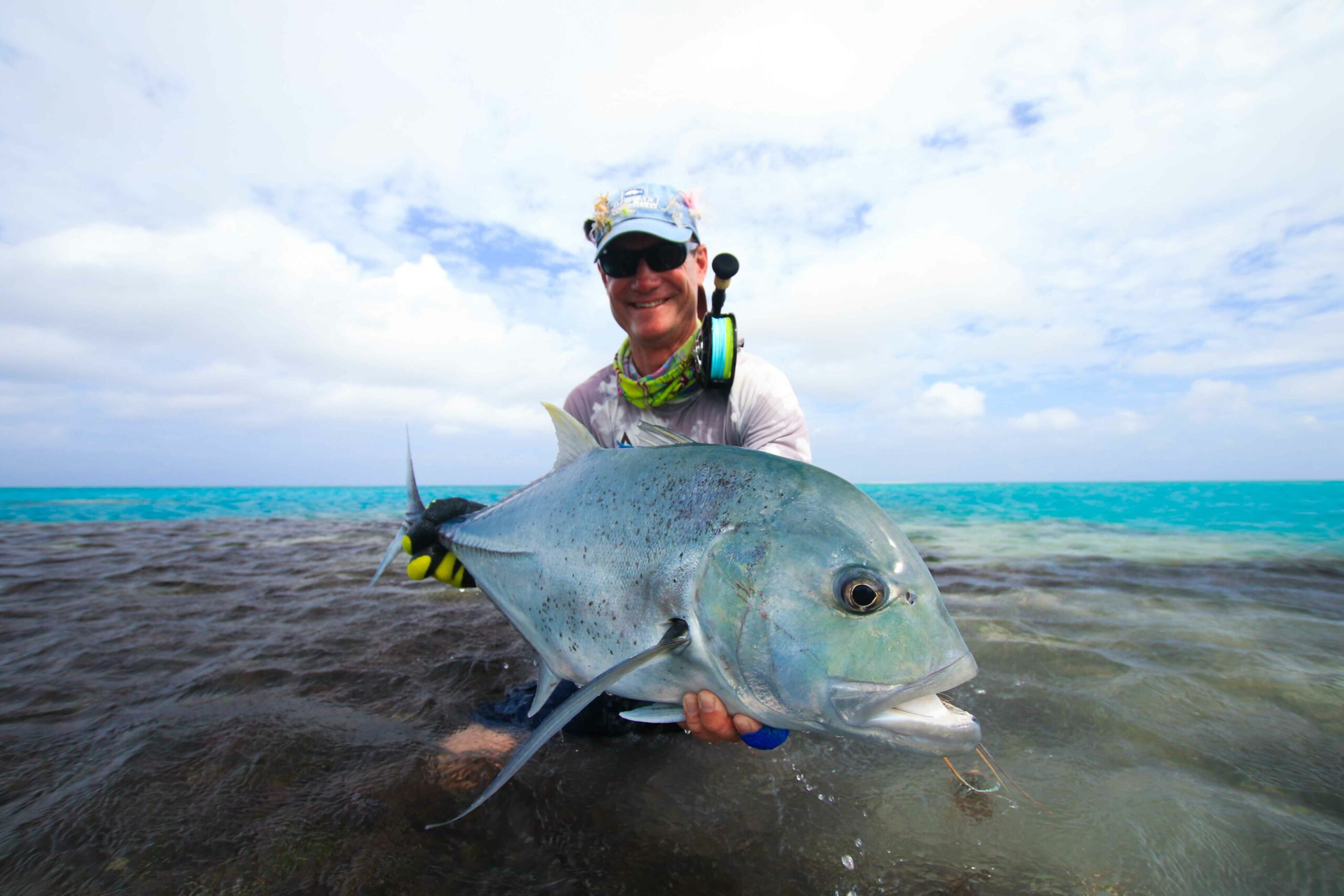 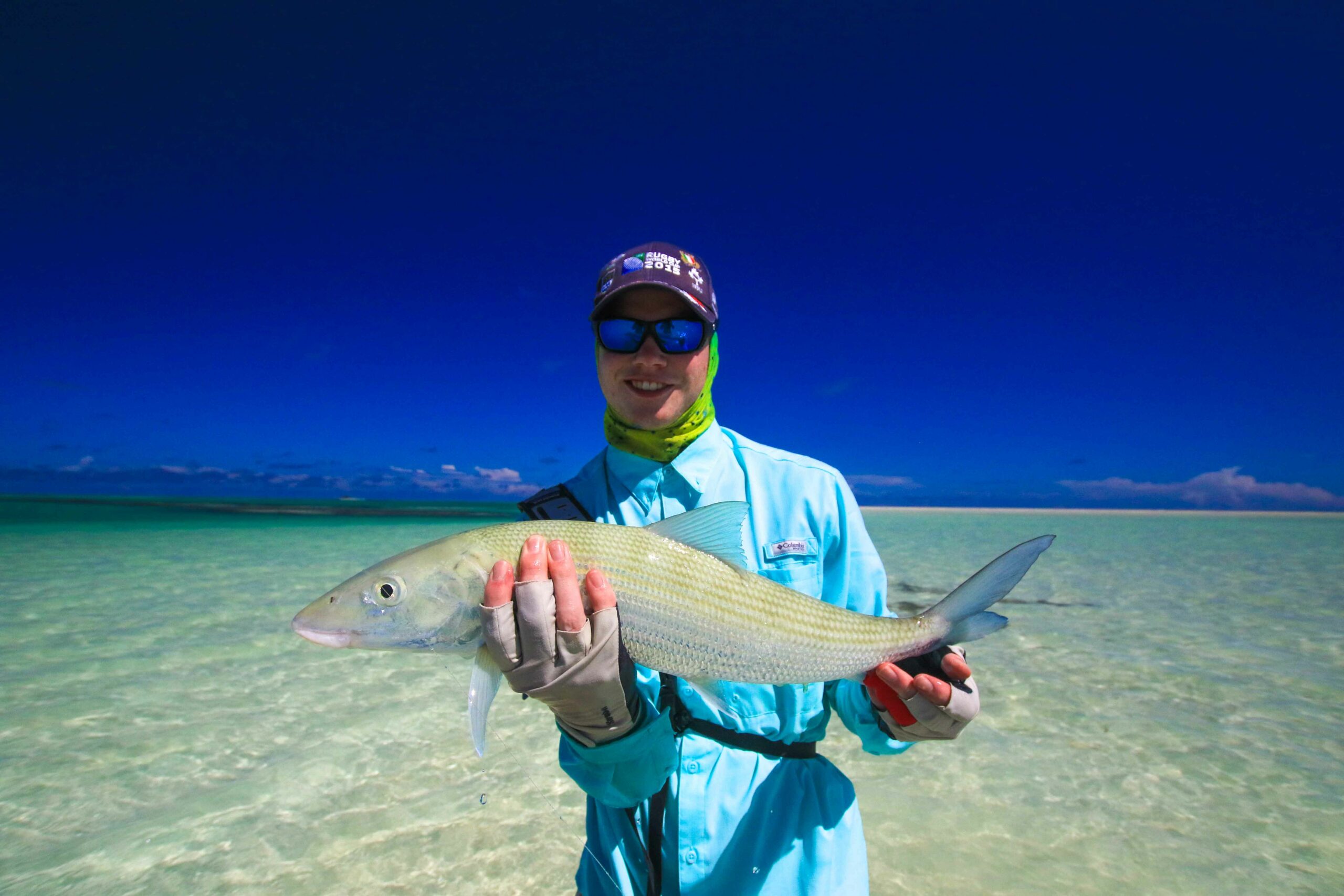 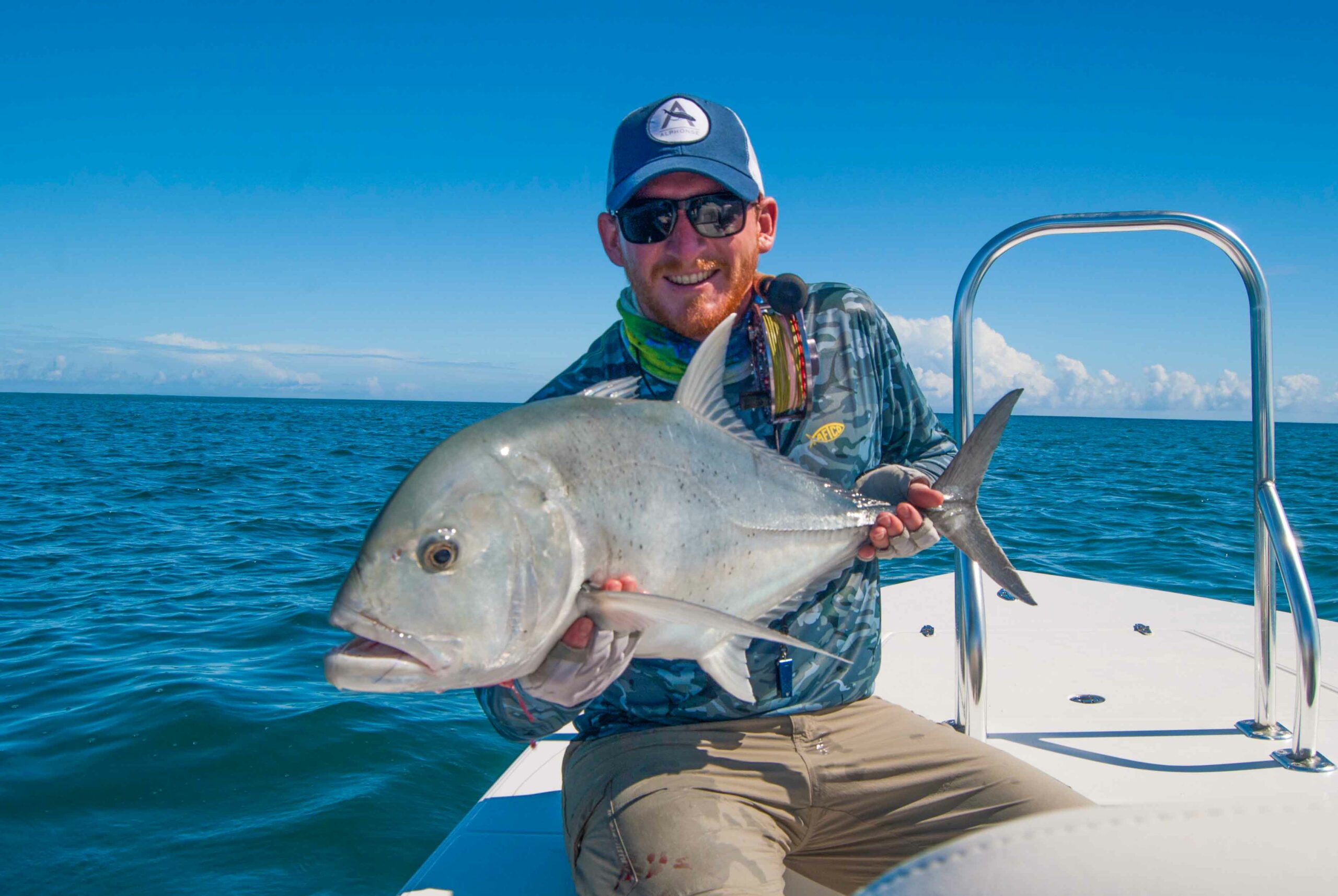 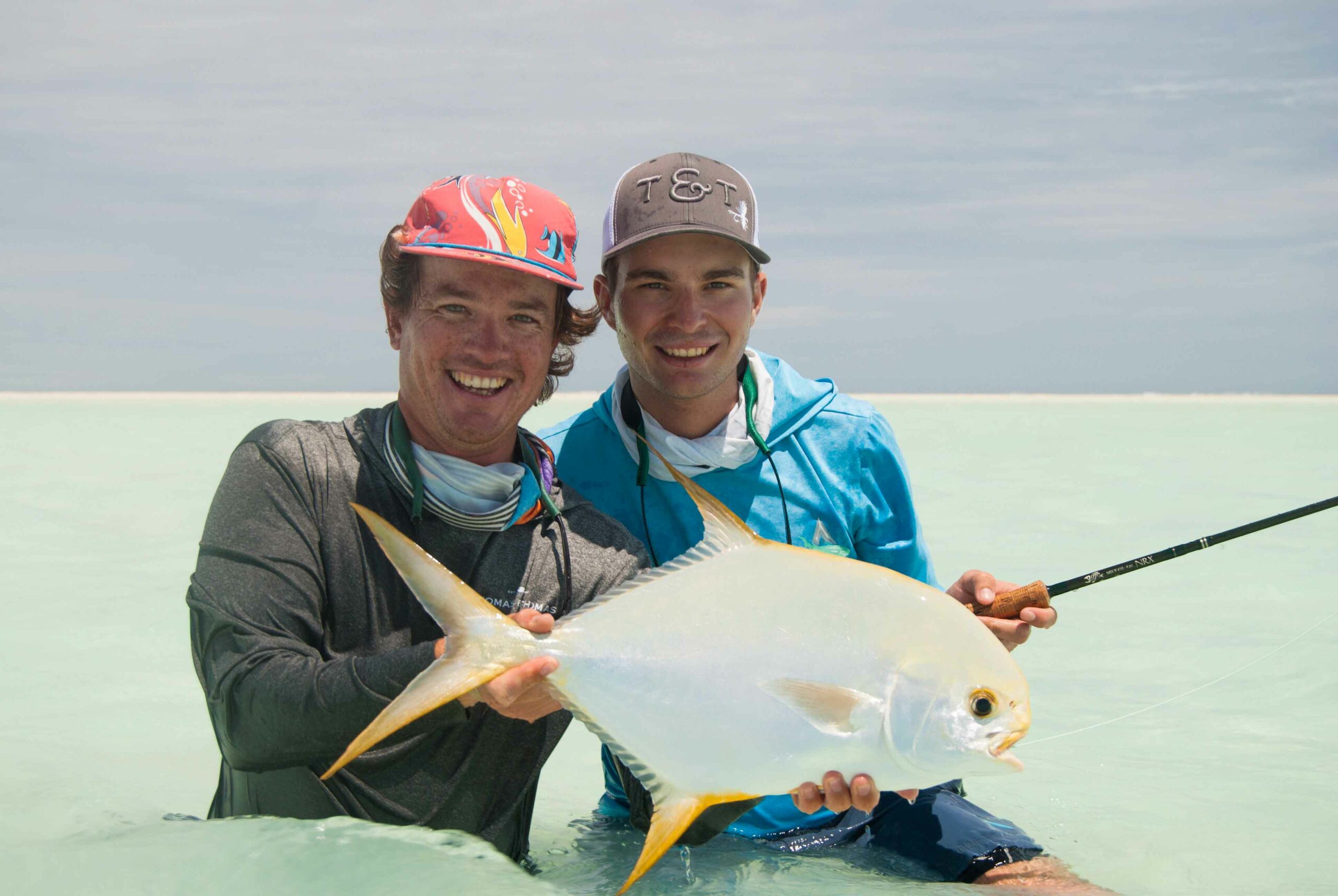 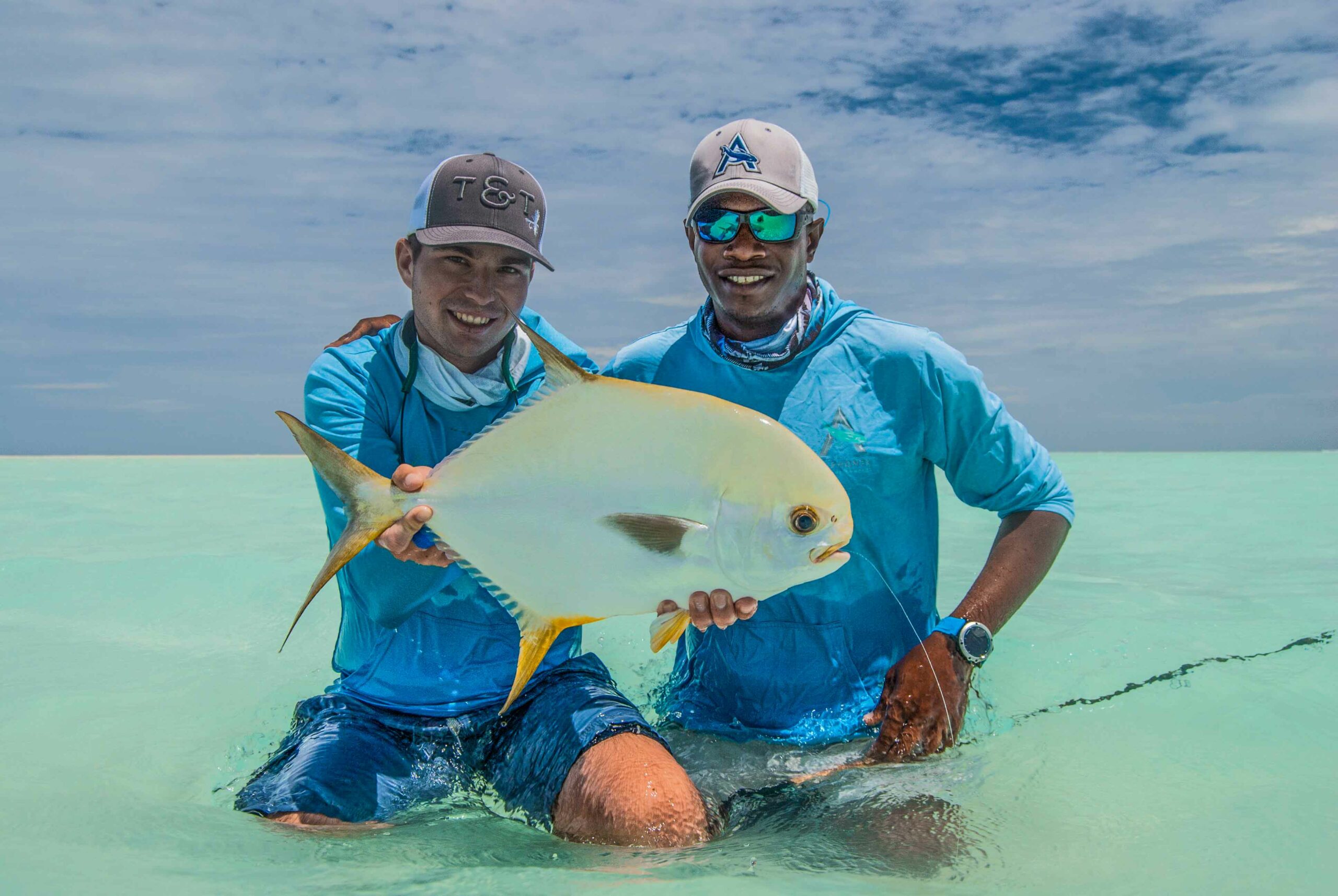 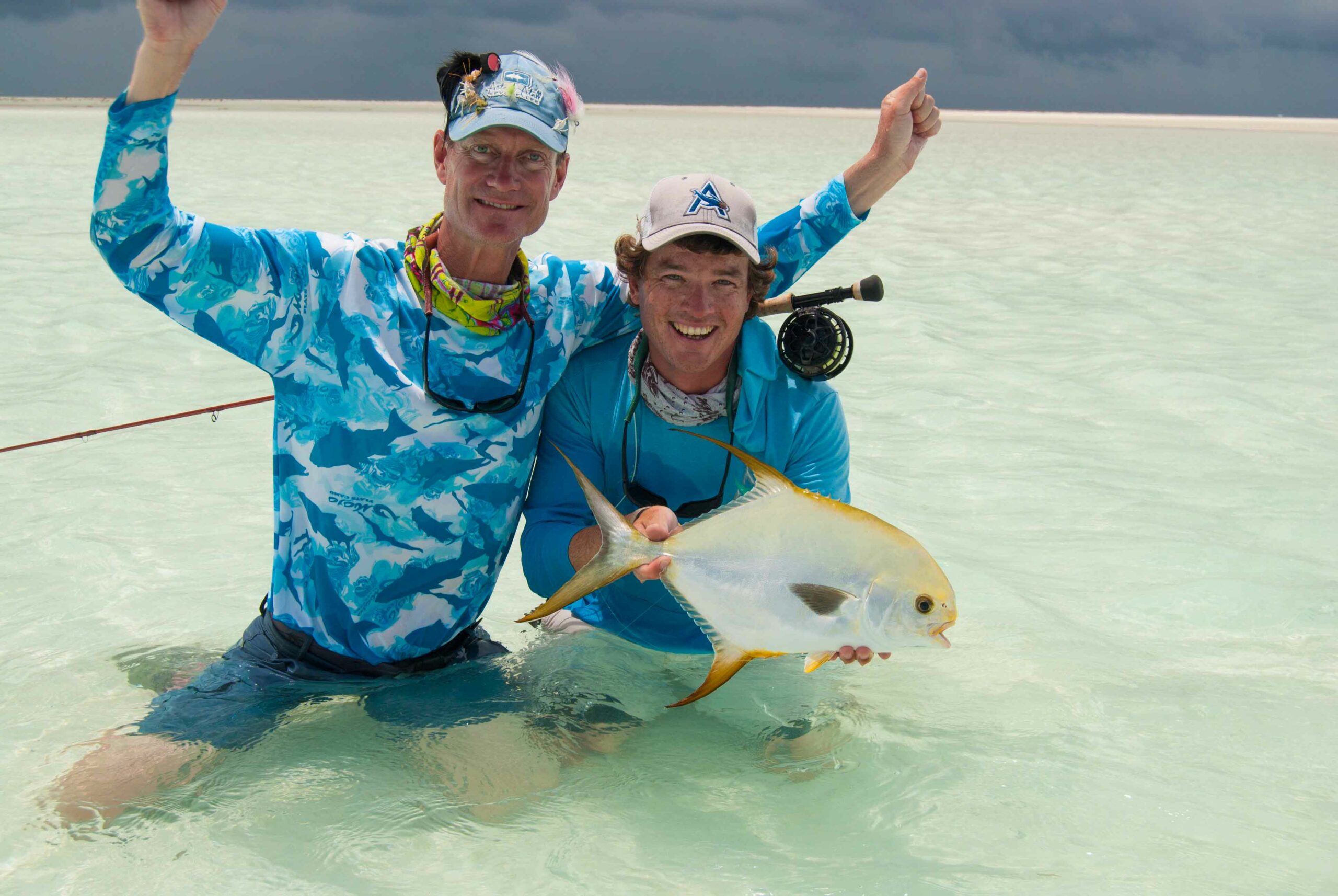 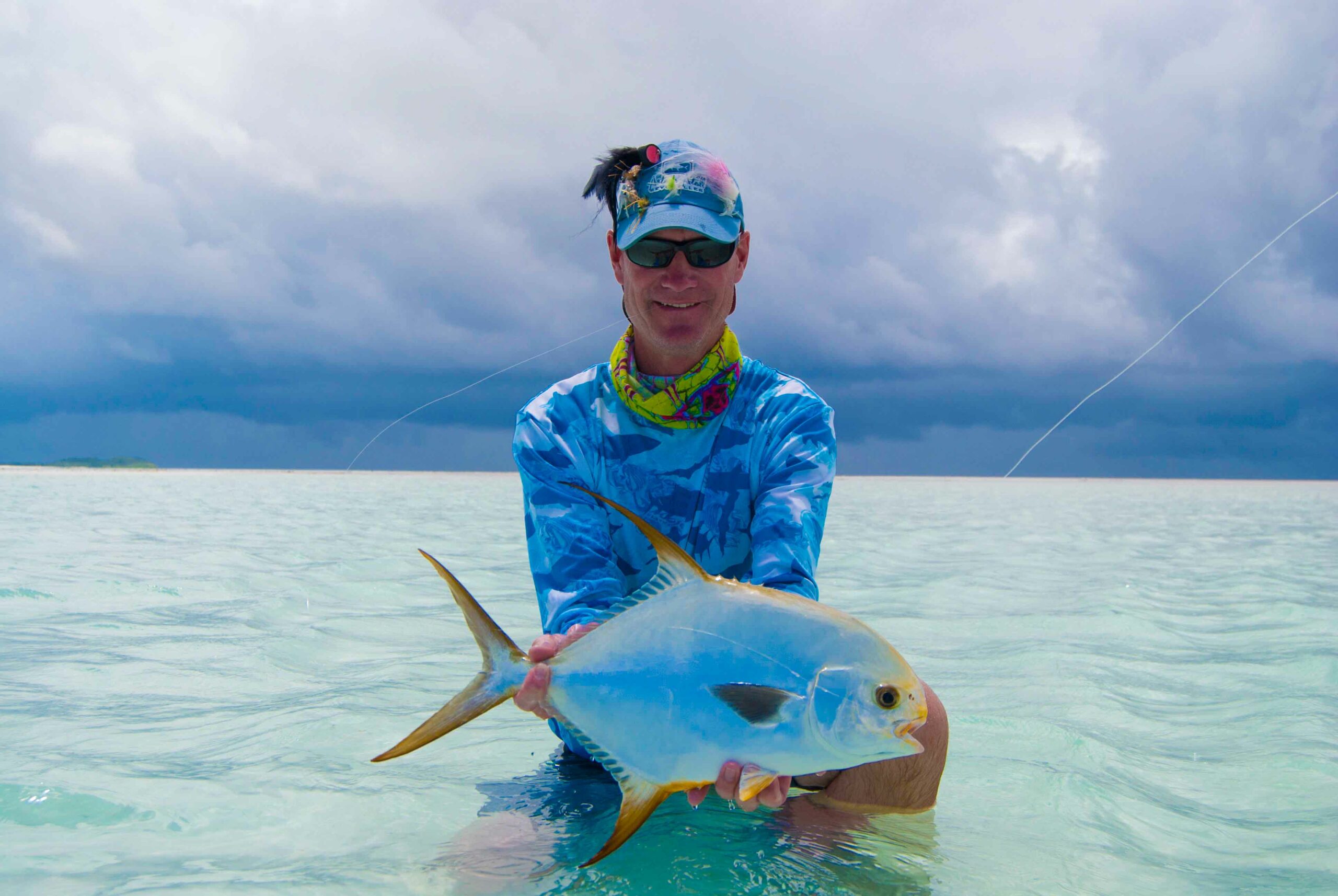 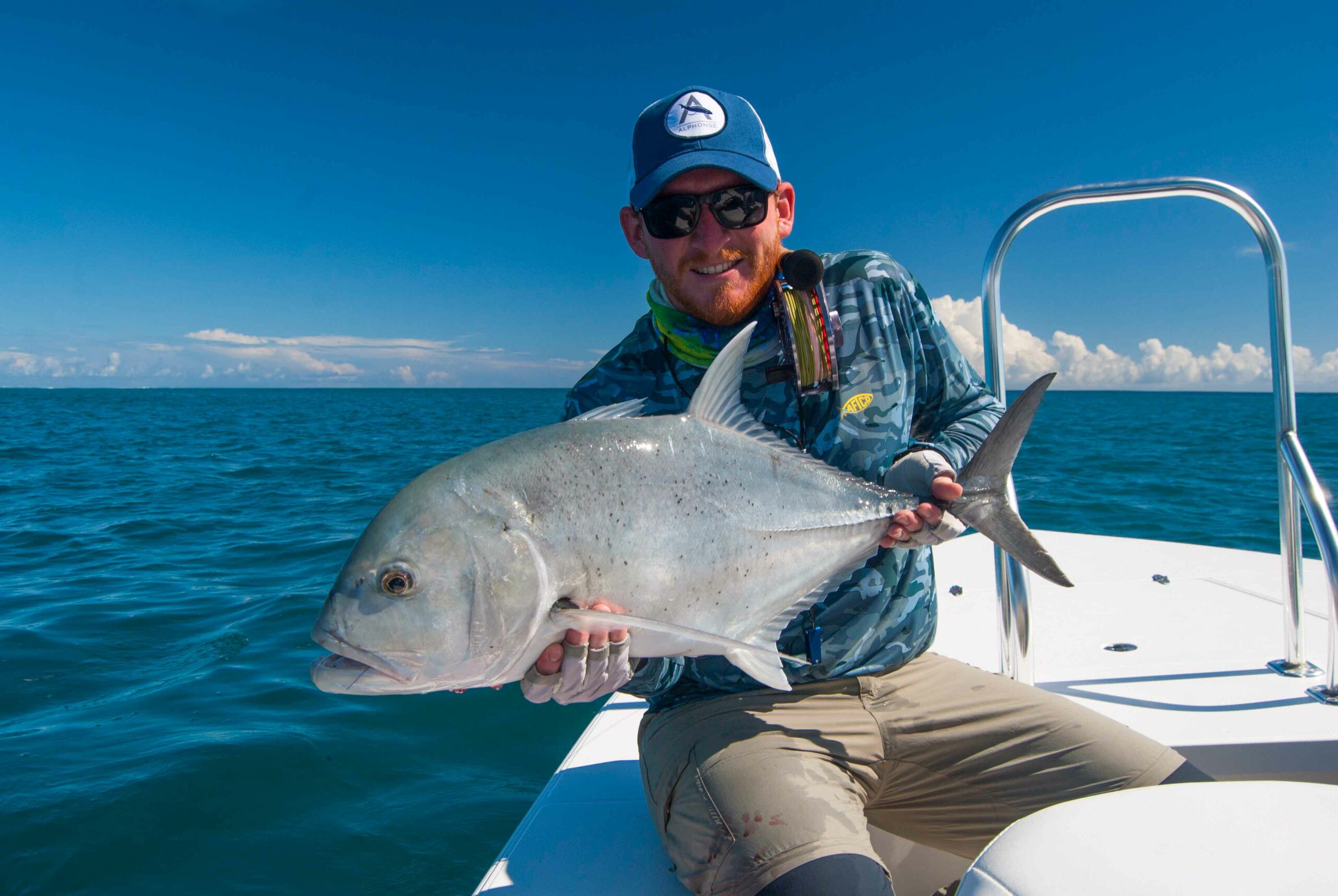 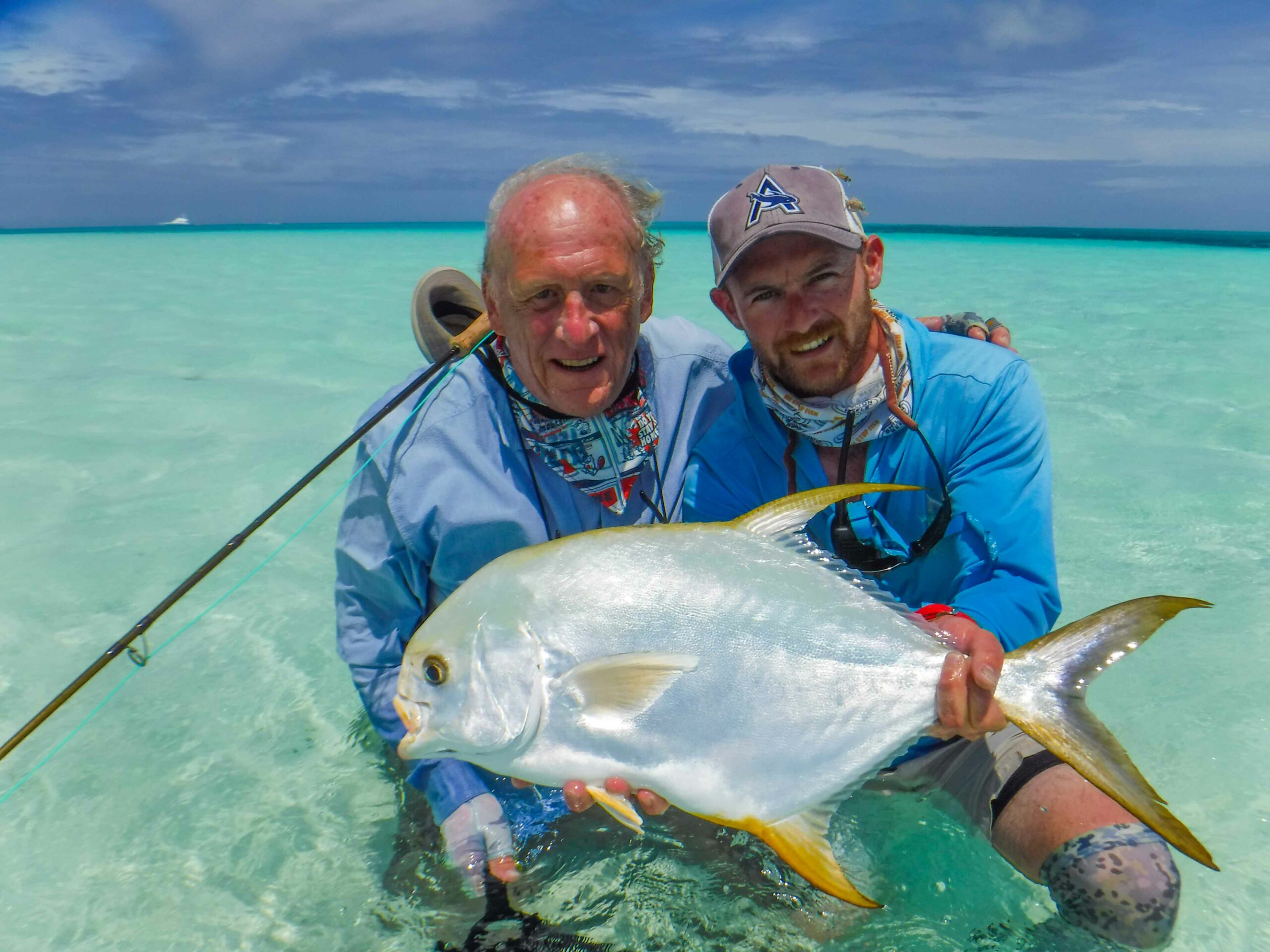 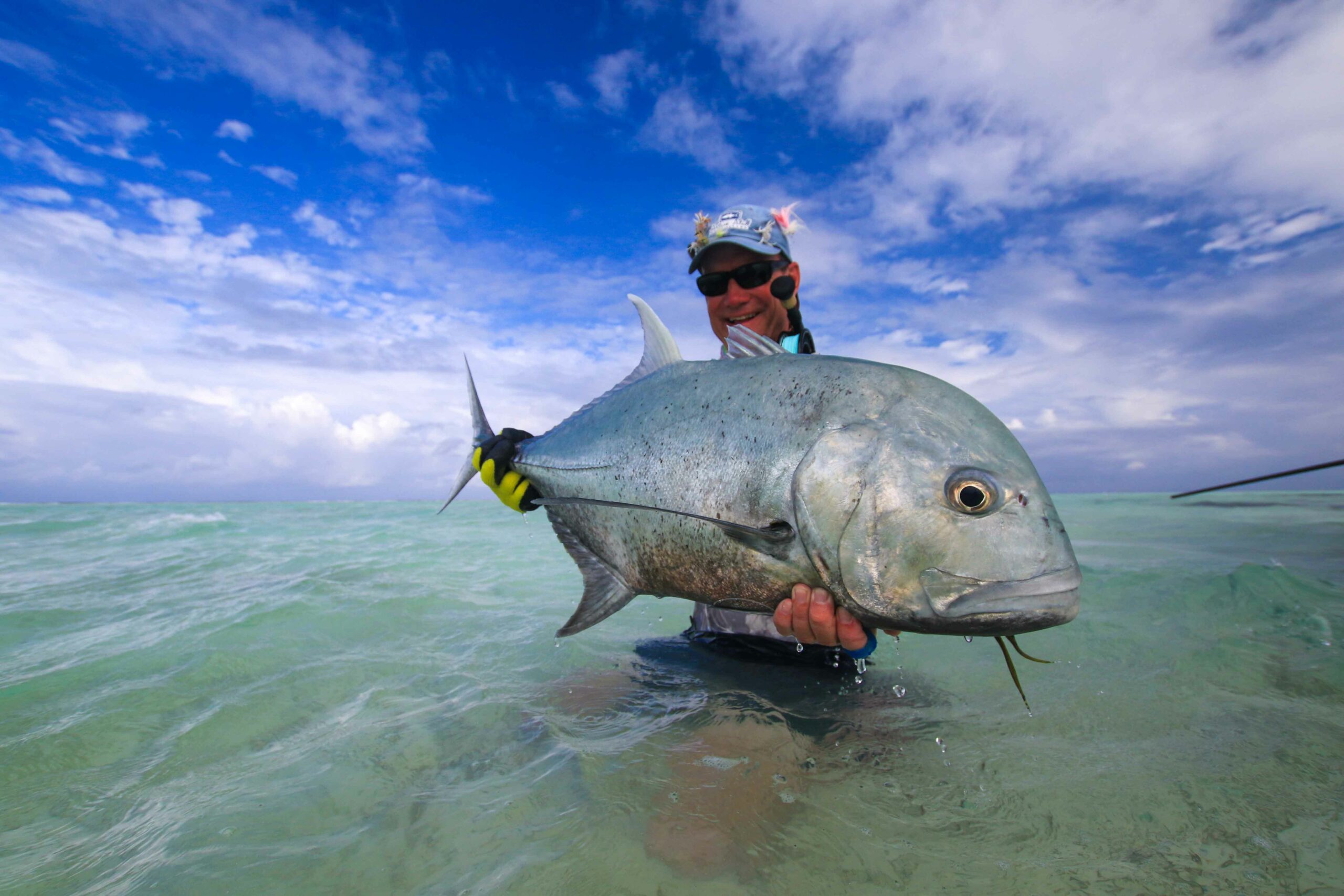