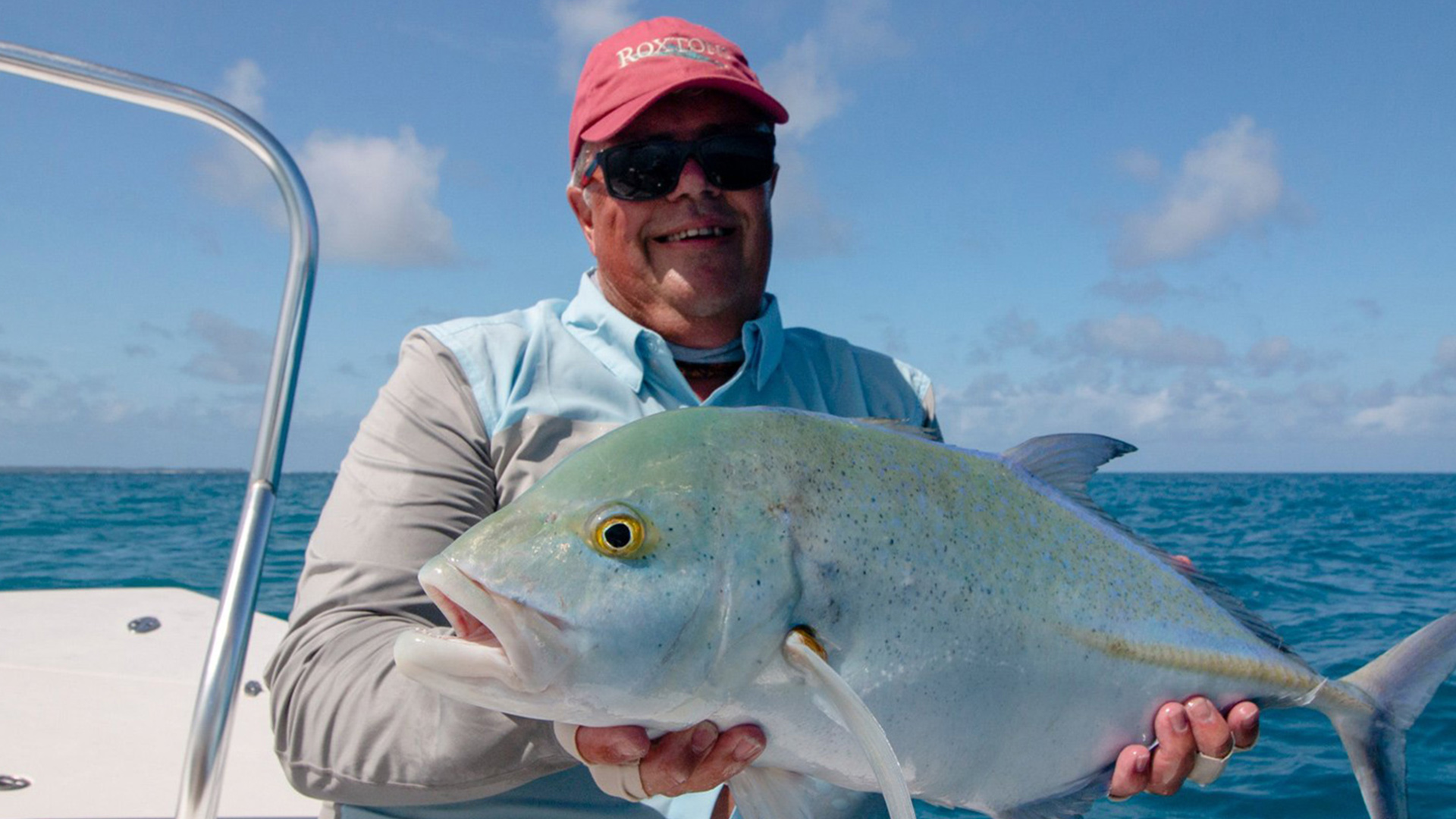 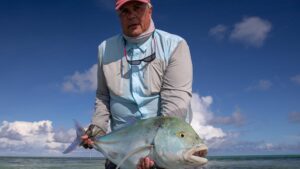 St. François Atoll has been producing fish over the last week as the full moon approached. The week started with a spring tide and eight enthusiastic anglers. A light southeasterly wind blew making casting a challenge for most of the anglers however this did not affect fishing with some remarkable catches being reported.

The anglers decided to try their hand at bluewater pelagic species over the week. Three sail fish and four wahoo were landed on fly by Ashley Reed, Charles Cooke-Hurle and Tim Dyer.

Robin Hutson was the angler of the week on the Atoll. Robin managed to land four GT’s ranging in size from 60 cm – 70 cm as well as two large bluefin trevally. Bill Reid also landed two GT’s measuring 50 cm. The biggest bluefin of the season was caught by Ashley Reed on day six measuring a monstrous 74 cm. The bonefish fishing was fantastic around the Atoll throughout the week with a total of 119 bonefish landed. 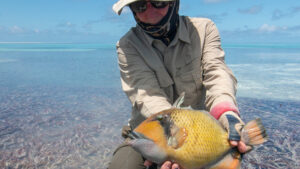 Bill Reid had a great session on day five. Bill managed to land a beautiful 20 cm moustache triggerfish as well as a fully grown picasso triggerfish.

Another fantastic week was spent at Alphonse Island fishing the St. François Atoll. Memories were made and bonds were formed that will last a lifetime. Stay tuned for next week’s report as we are sure you won’t want to miss it.