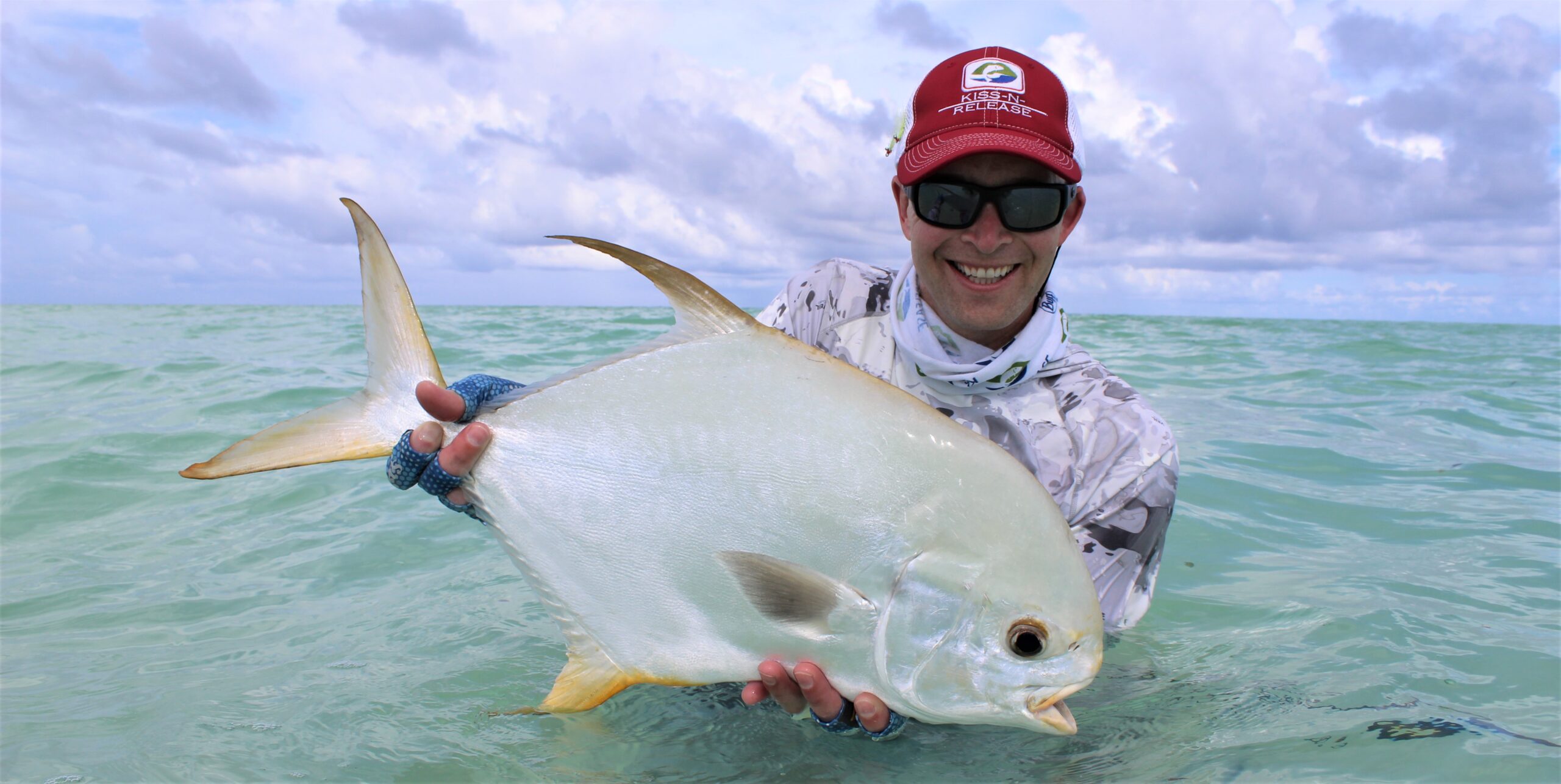 The fishing gods have been giving everyone a hard time this week, with three days of heavy lightning making rods hum and tick with static electricity.

A large number of bones were brought to hand despite the wind and clouds cloaking our favorite quarry on the flats. 599 Bonefish have been subjected to eating our flies. The biggest fish went to Phil Davis at 66 cm, what an impressive fish!

Five Giant Trevally’s were landed by Kyle Dale, followed closely by Mike McGrath who landed the other three, one of which was the longest measuring in at 76 cm.

Against all odds, Jeremy Block with his guide and fish magnet, ‘pistol’ Peter Berik, stuck a beauty of a Milkfish and the only one for the week measuring 101 cm.

We have seen some very self-centered piscatorial mood swings on the flats the past six days from the Triggerfish and against their better judgment two Moustache Triggers made a good choice and ate fly. Brent Bauer from Umpqua Feather Merchants in the USA got the trophy for his efforts. Once again the man of the hour Kyle Dale manage to stick the only Permit for this crazy week with his not-so-crazy guide Kyle ‘9 foot’ Simpson.

On the Bluewater this week, Patrick & Jane dominated the fish, landing three Wahoo, three Yellowfin Tuna, two Barracuda and a Sailfish in one day before lunch! A further two Sailfish and a Wahoo were caught on fly by our honeymooners, Gregory & Pascale along with Joe Turano who caught a ‘Bills and Bones’ slam.

It was a bit of a slow week for the GT project, but as we all know fishing is fishing and there are no guarantees. Three new GT were PIT tagged on St. Francois this week, all of which were caught by guest Michael, with the largest being a beautiful 109 cm fish.

Additionally, we have completed the download of data from our network of receivers, so now it is time to dig into that data and see what these bad boys have been up to over the last few months! 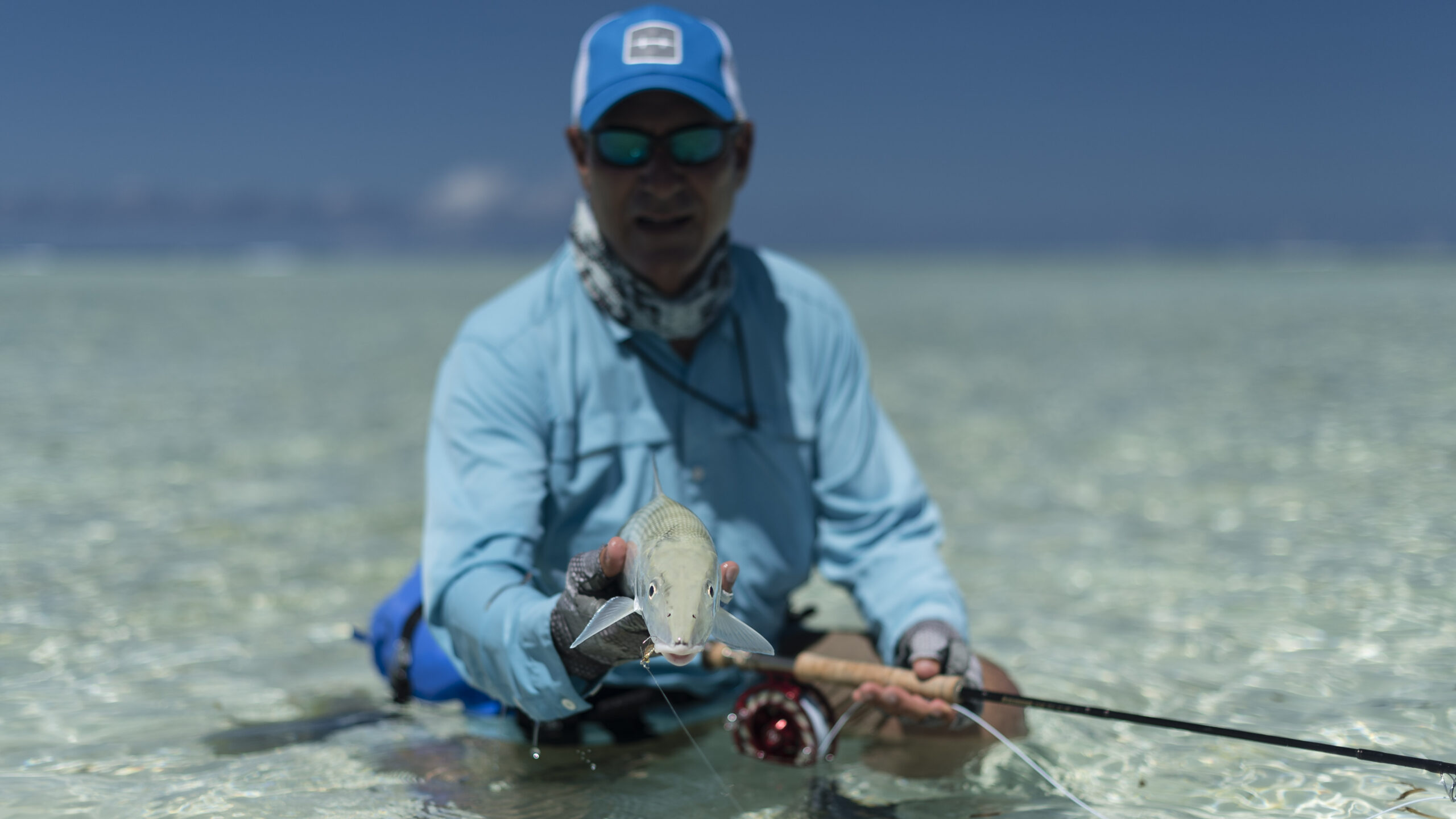 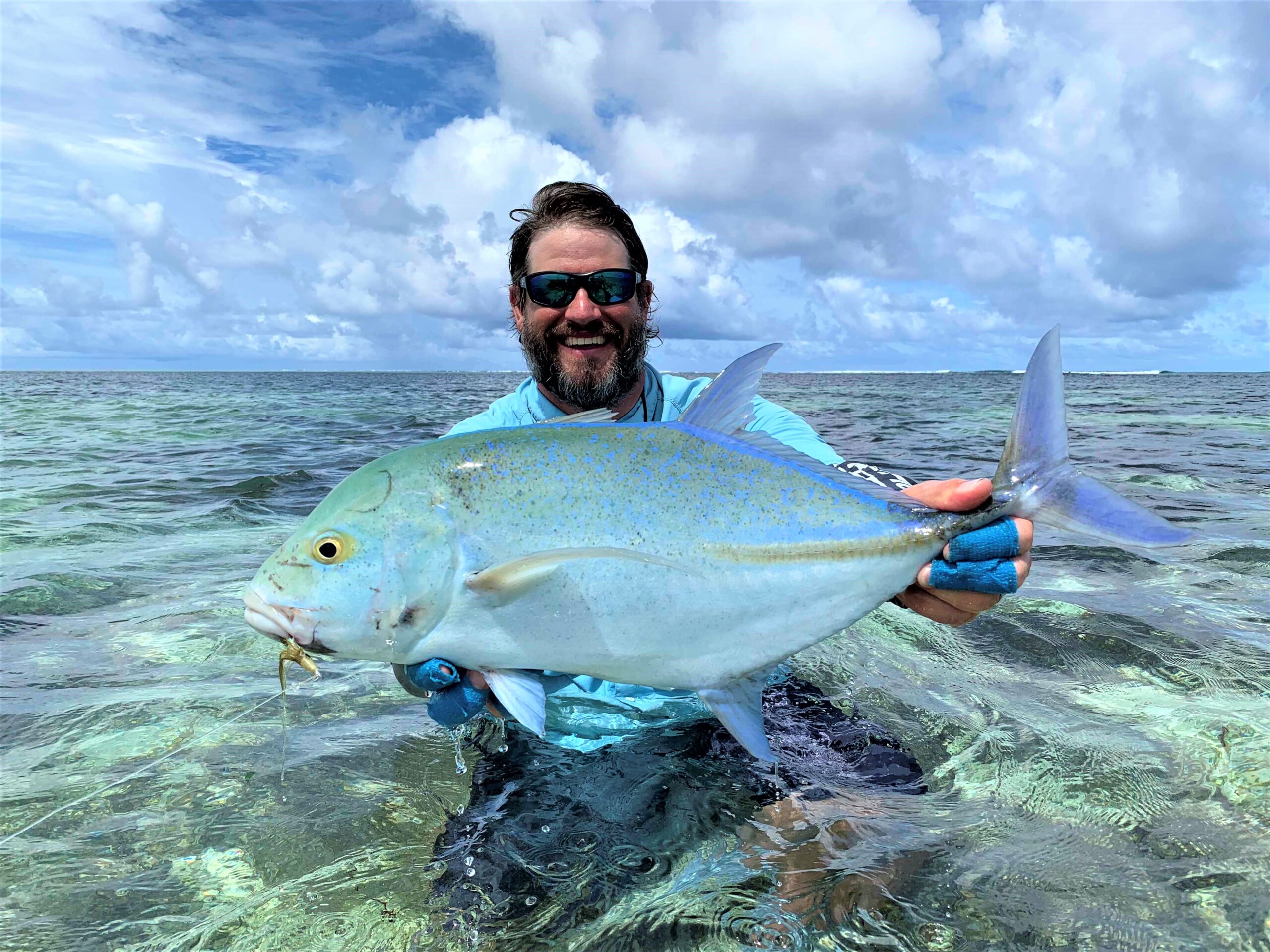 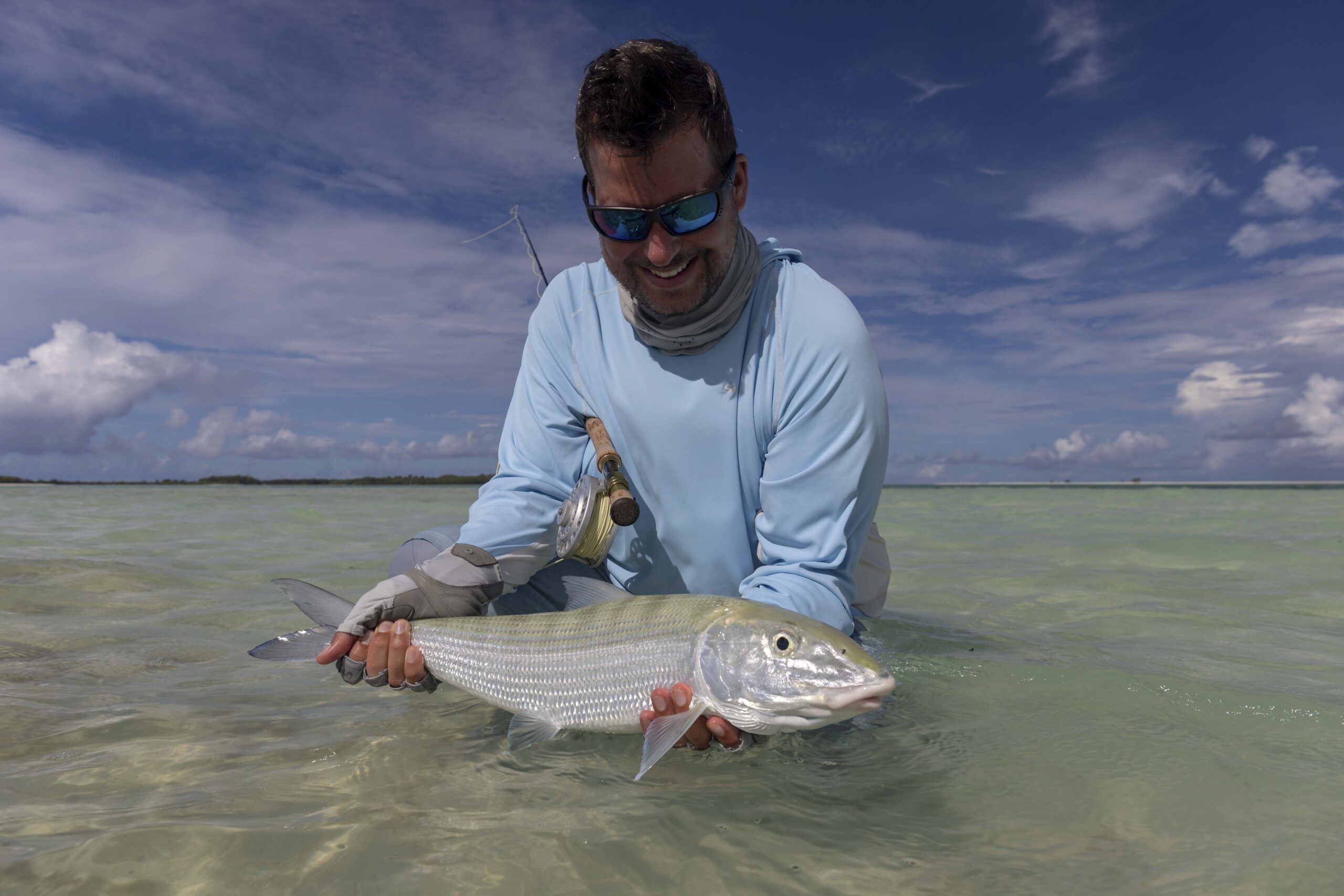 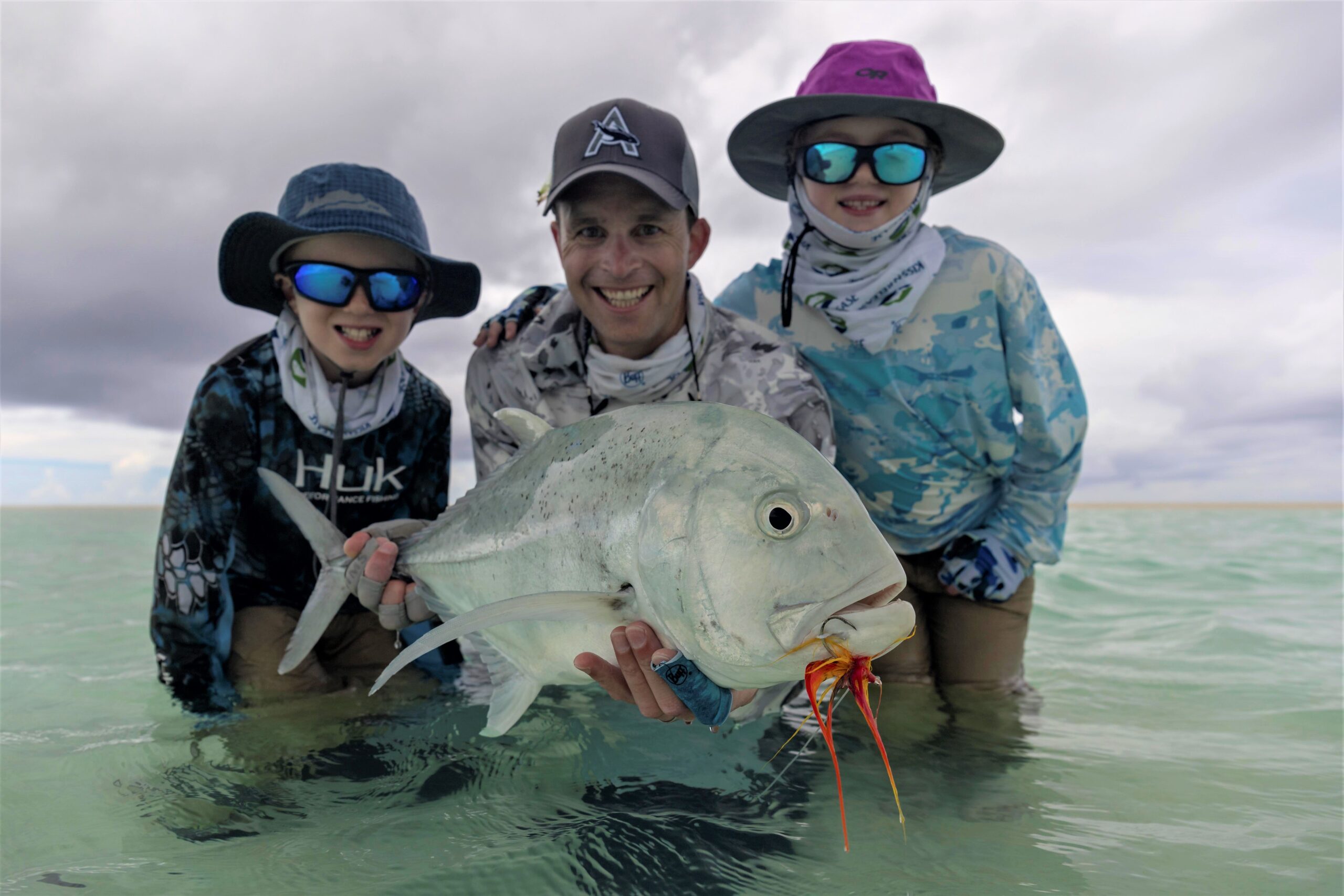 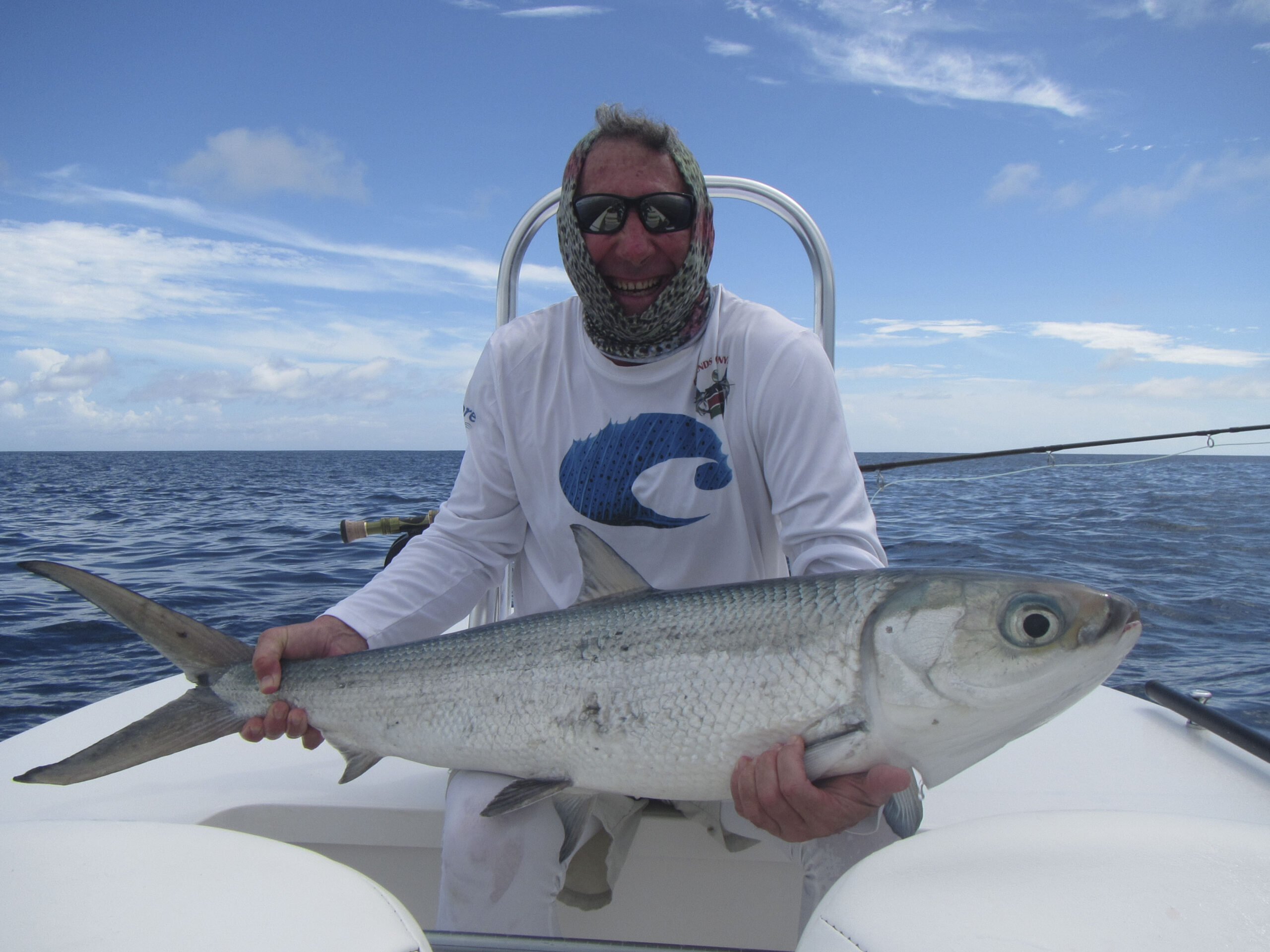 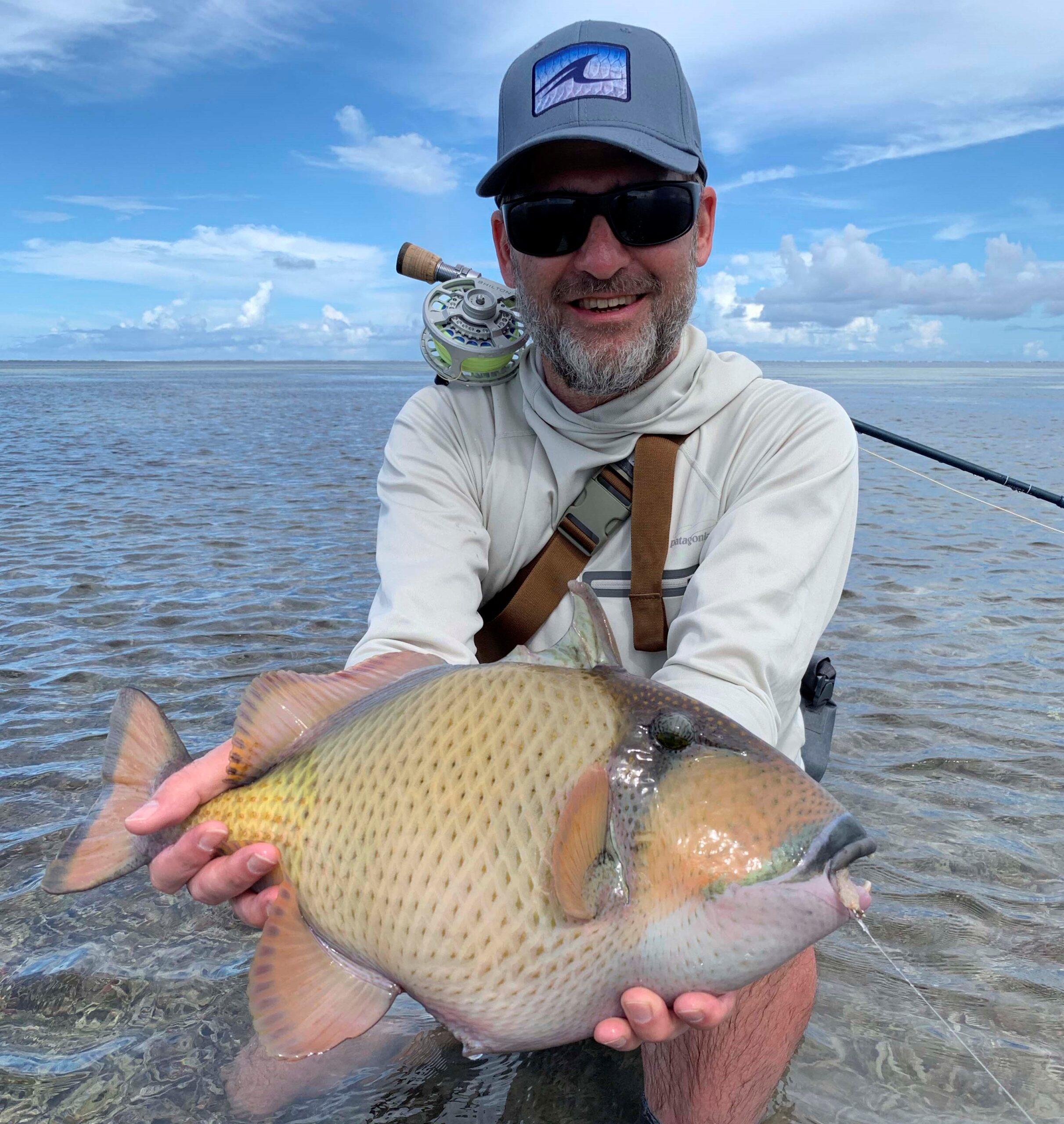