Alphonse Island Fishing News – The GT’s are around in Full Force! 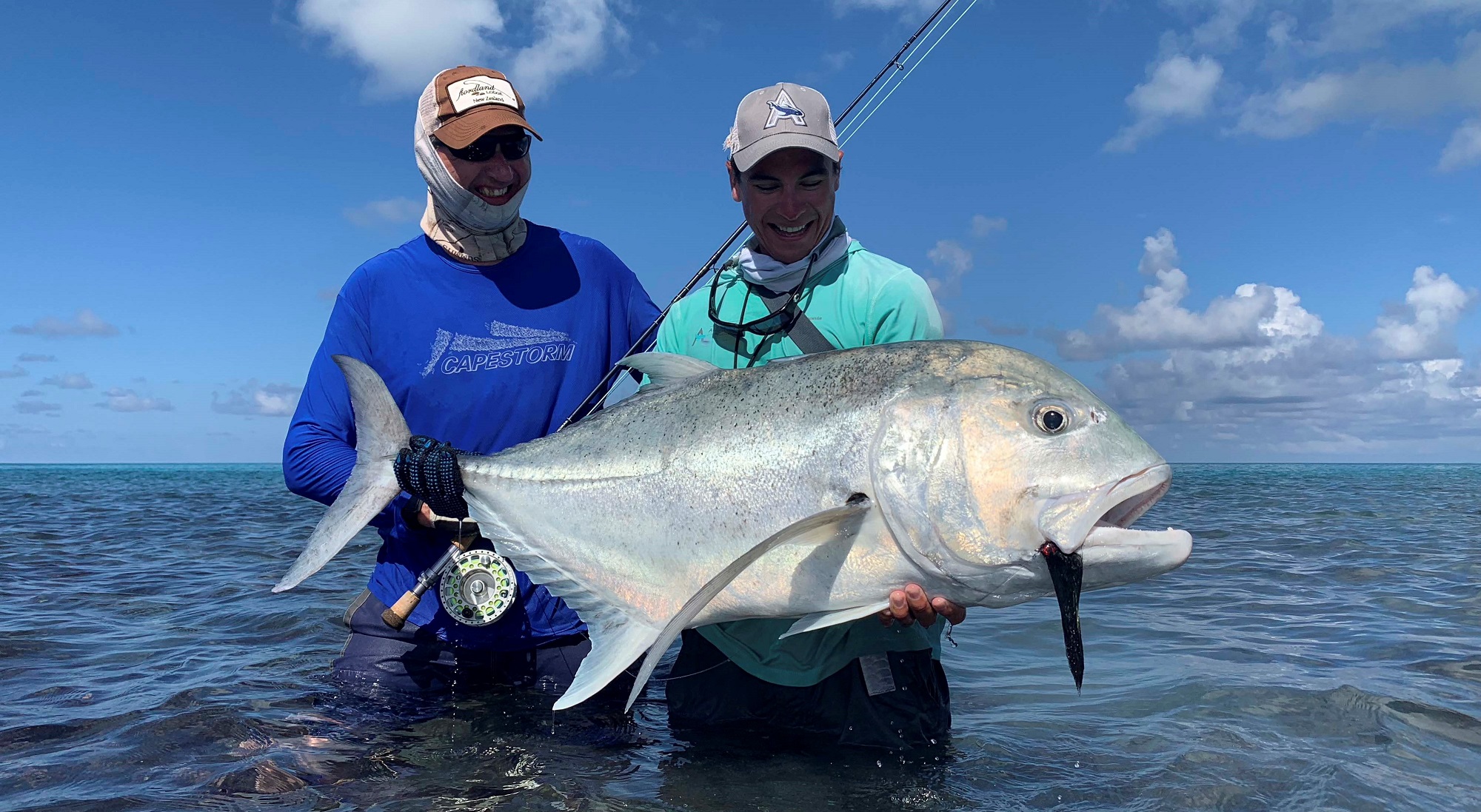 The spring tides moved into neaps this week and coupled with the amazing weather conditions, the stage was set for an amazing week of fishing.

The GT’s were rife in the surf and the Triggers were happy tailing on the fingers. The guests and guides took full advantage of the situation, especially Ron Benck, who managed a four-GT day, twice in a row, which is an amazing achievement.

Michael Capon had an incredible day getting his flat slam, starting off with a 61 cm Bonefish, followed by a big Yellowmargin Triggerfish of 46 cm and closed the deal with a 109 cm Giant Trevally, which was spotted free swimming through Petit le Passe Channel – what a slam!

Paul Davidson also had an incredible week, landing 6 GT’s while fishing on the outside, the biggest of them measuring in at 98 cm.

The bluewater really came alive this week, an influx of warm water and some excellent current lines with a bit of wind really brought the fish up. 31 sailfish were raised, 15 hooked and 6 landed, along with 3 Wahoo.

The small Black Marlin have also moved in, raising 3 and landing 1 for the week, we hope they stick around for the weeks to come!

The flats are still firing and we are closing in on our goal number of fish tagged on St. Francois. During this past week, 12 fish were PIT tagged and all 6 acoustically tagged individuals were caught by Ron. We are sad to see Ron go home and over the course of Ron’s stay with us, he caught many fish, ten of which we are now tracking.

In total, we now have 56 GT carrying transmitters to monitor their movement and 143 fish with unique ID tags so we know their recapture history.

We have also been continuing to download the data off the receivers distributed around St. Francois, several of which had shifted due to strong swell and took some time to find. The receiver pictured was originally deployed on the shallow shelf (5m depth) of Bijoutier but we found it had been pushed off the ledge and luckily had become wedged in some rocks around 18 m or it may have disappeared into the ocean. Thankfully the receiver was not damaged and we still had 328 detections of 10 different fish! The receiver was then moved back to its original location and secured against future walkabouts.

TOTAL CATCH OF THE WEEK: 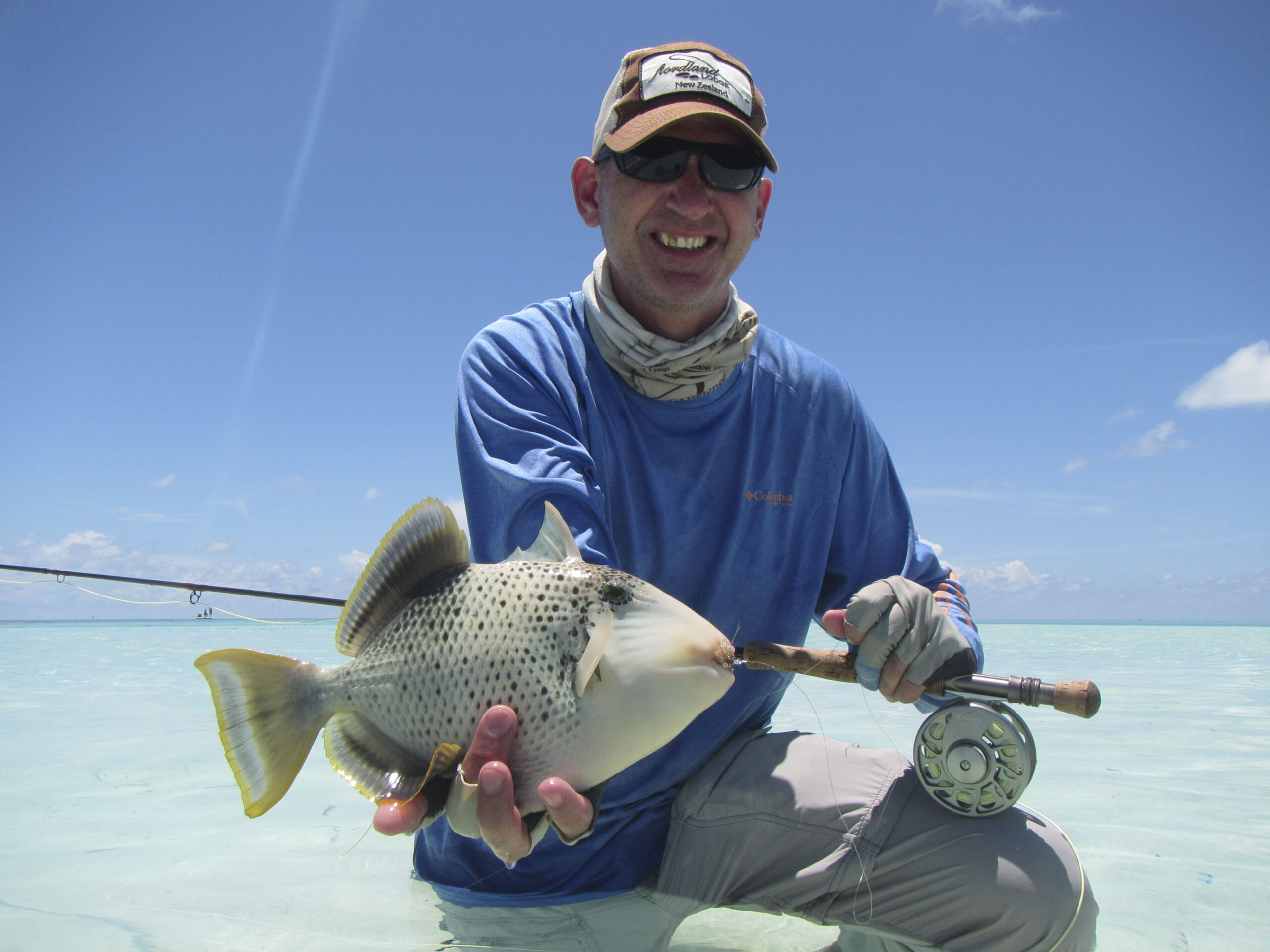 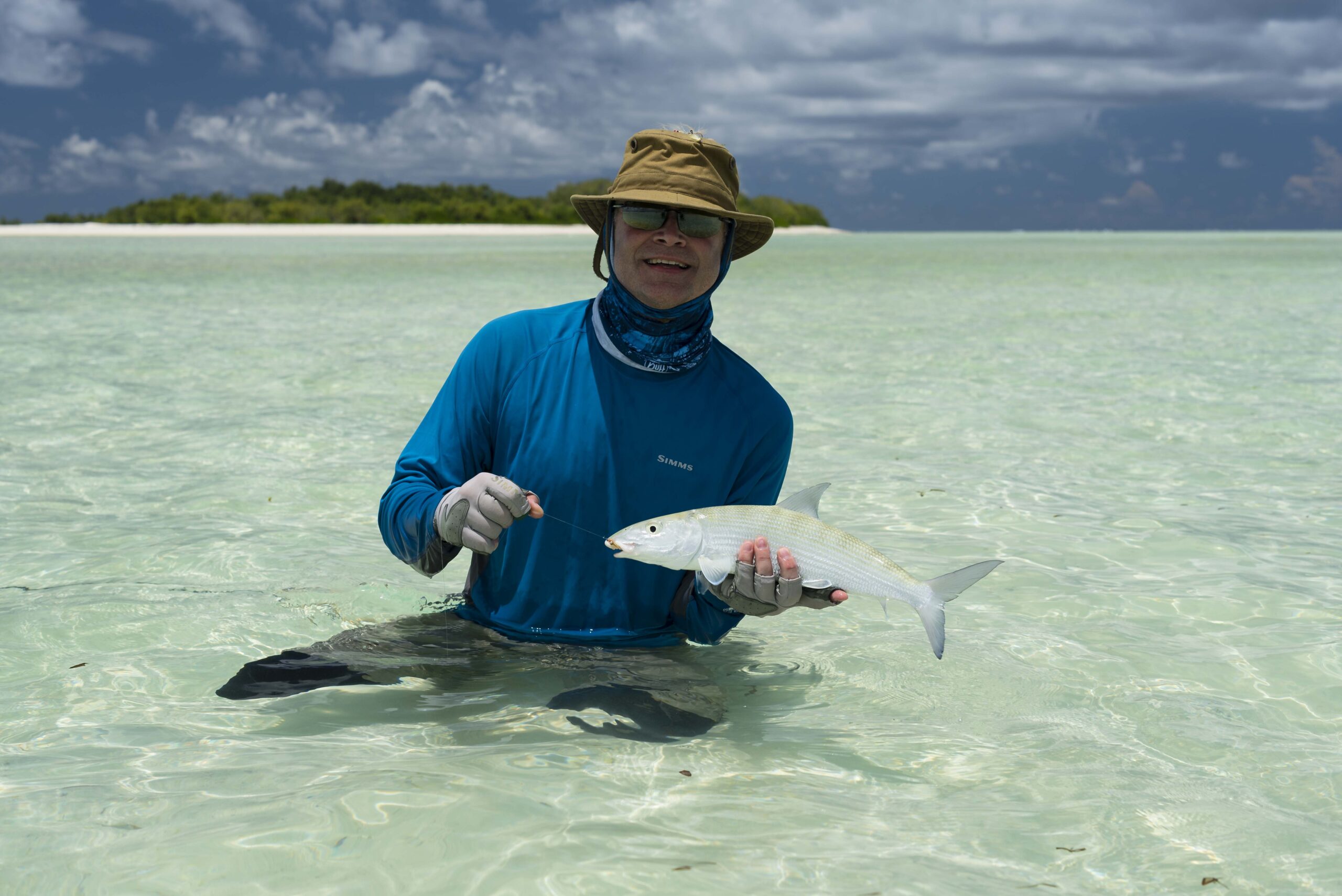 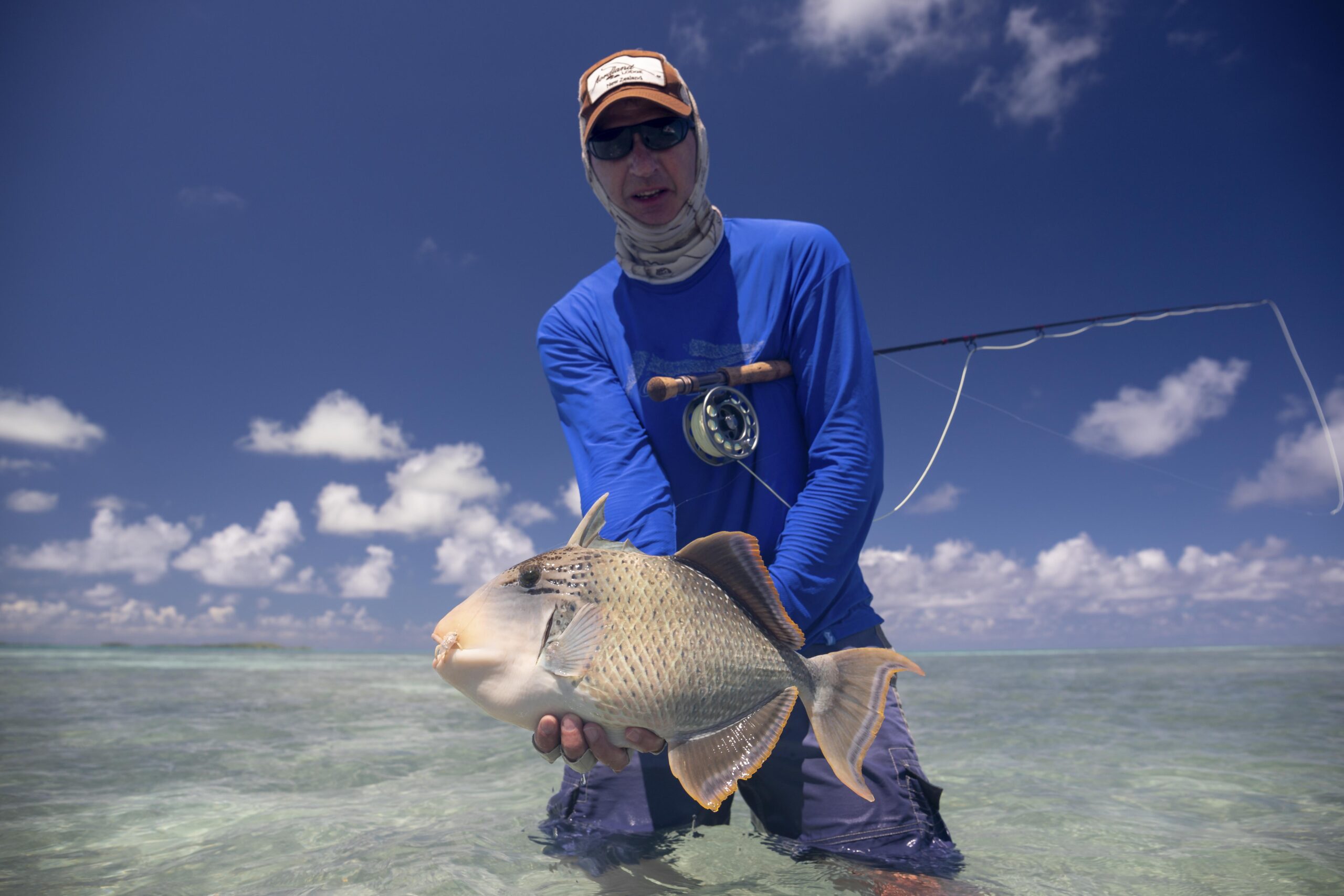 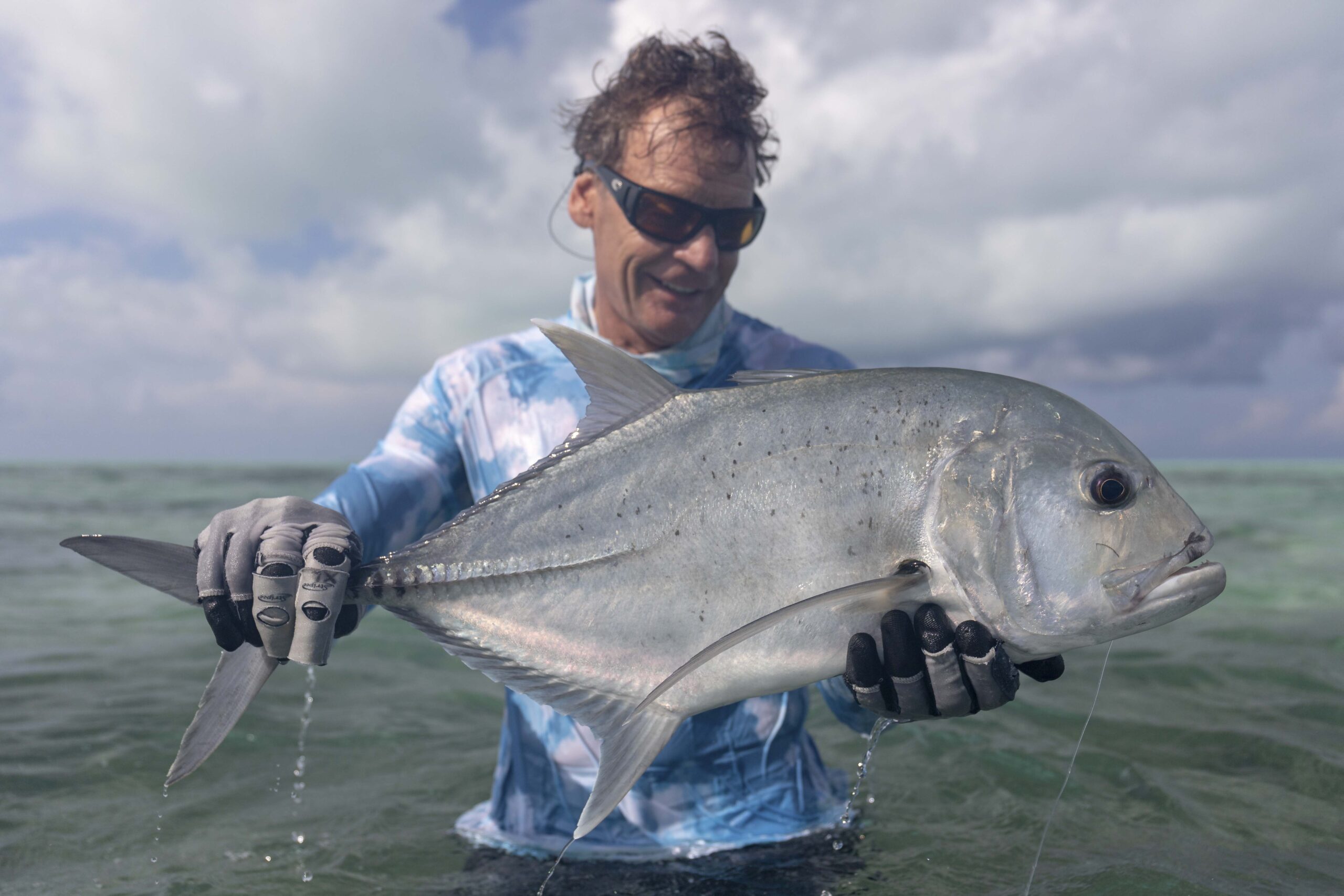 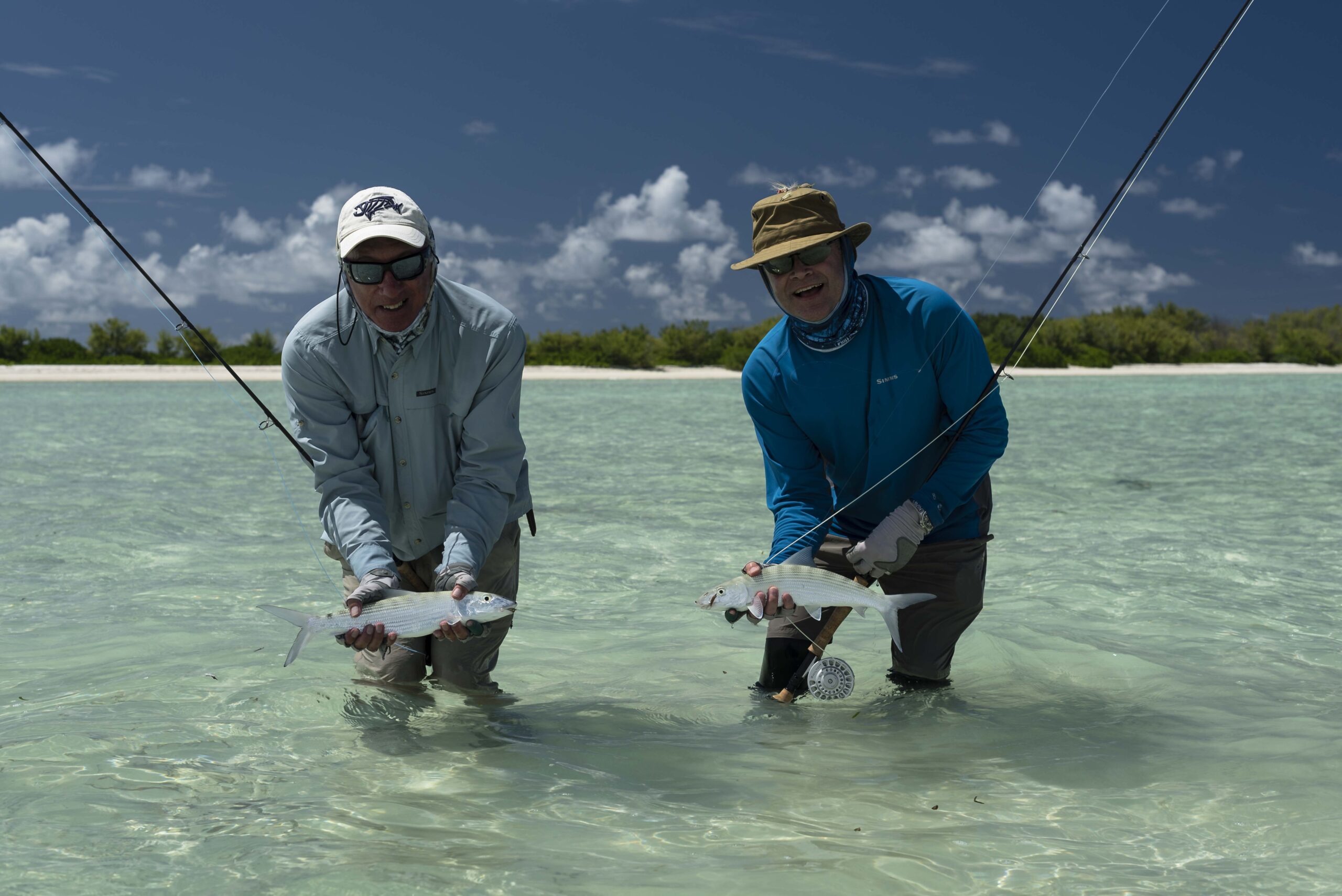 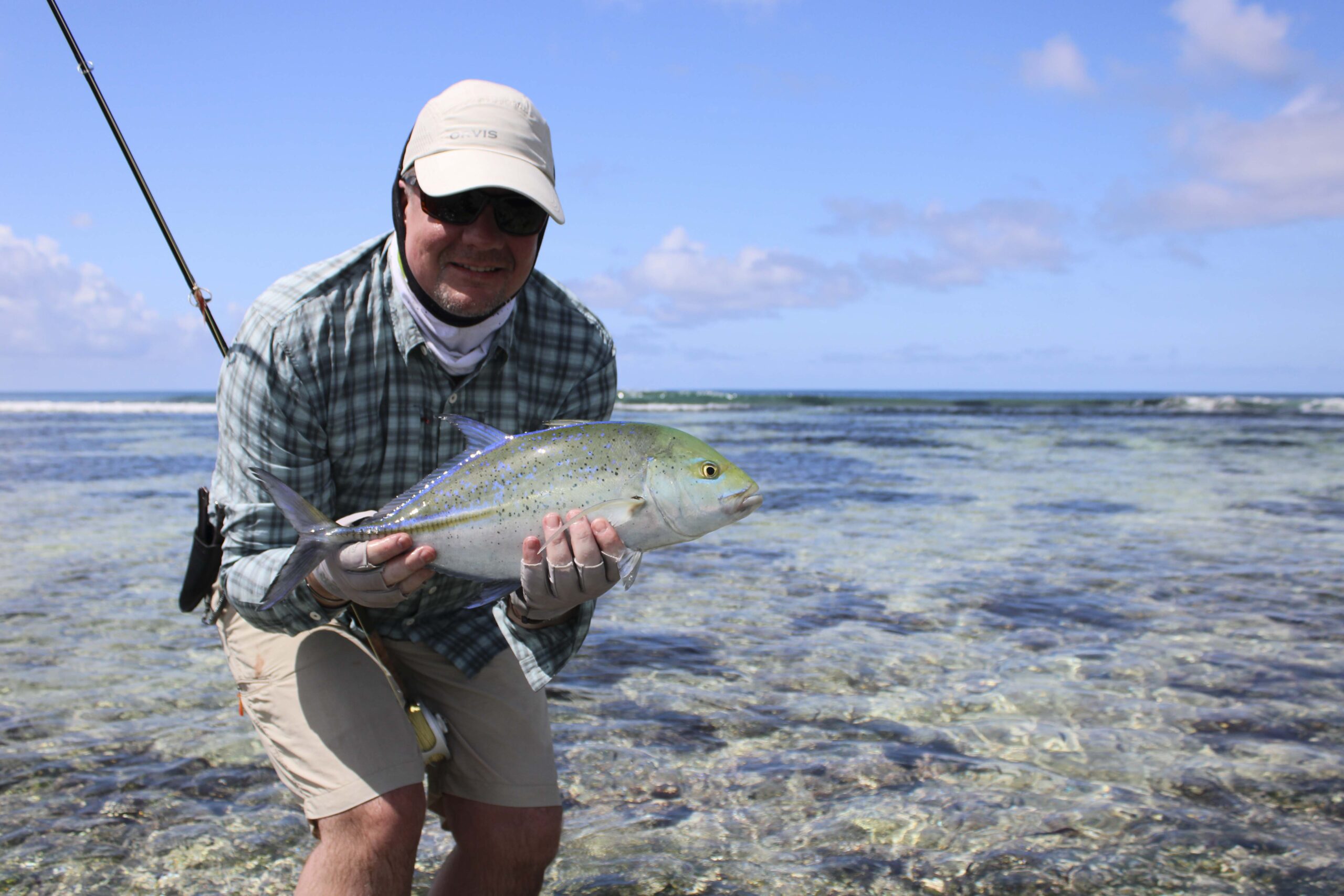