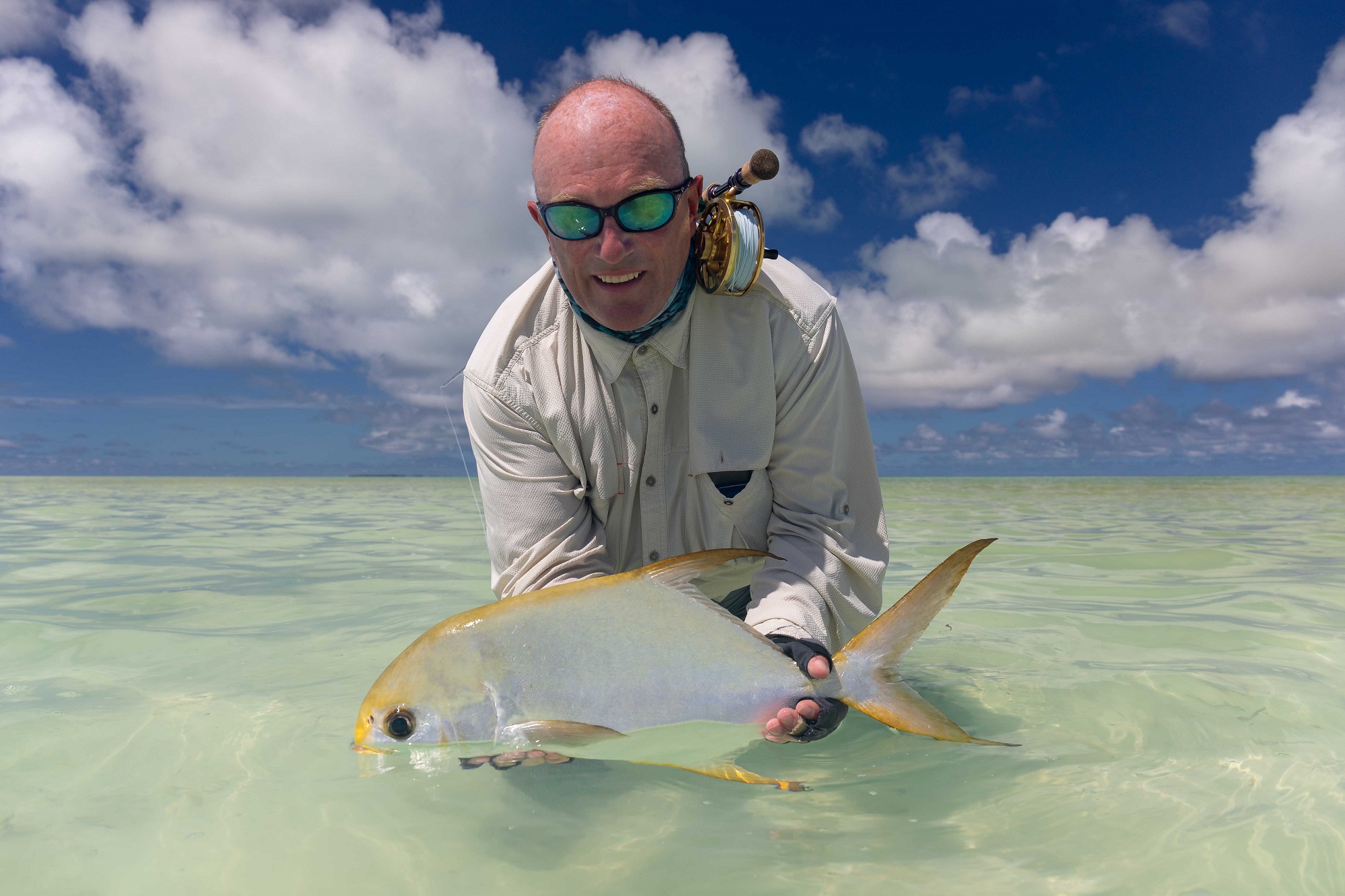 Out of the gloom emerged postcard conditions illuminating the flats, making way for incredible sight fishing opportunities as the tides transitioned to neap giving anglers time for patient moves in the difficult areas to reach on the atoll.

After having an unfortunate miss with a large GT in with multiple nurse sharks, Tim Aldiss managed to stick an 80 cm fish on a ray in the Tam Tam surf and shortly thereafter his boat partner Micheal Cartland landed a 66 cm fish while posted up in Petit La Passe in the closing minutes of the day.

Tim partnered up with Peter Barker the following day and after a solid bonefish session fed a 54 cm indo-pacific permit an orange Christmas Island special at Morning Traffic.

Tim managed his second GT of the week measuring 74 cm at Delta High. Adding to the GT numbers, Charlotte Chilcott pulled a 74 cm fish off the back of 2 rays that without any hesitation smashed the fly and headed at top speed toward the surf.

The blue water fishing continued to provide excitement as a massive black marlin was raised but missed the hook! Nonetheless multiple sailfish and wahoo were landed on fly by Dominika Matusova and Pavel Ondracek.

Congrats and thanks to all anglers on their accomplishments!

A SUMMARY OF THE WEEKS CATCHES FROM OUR 10 LUCKY ANGLERS! 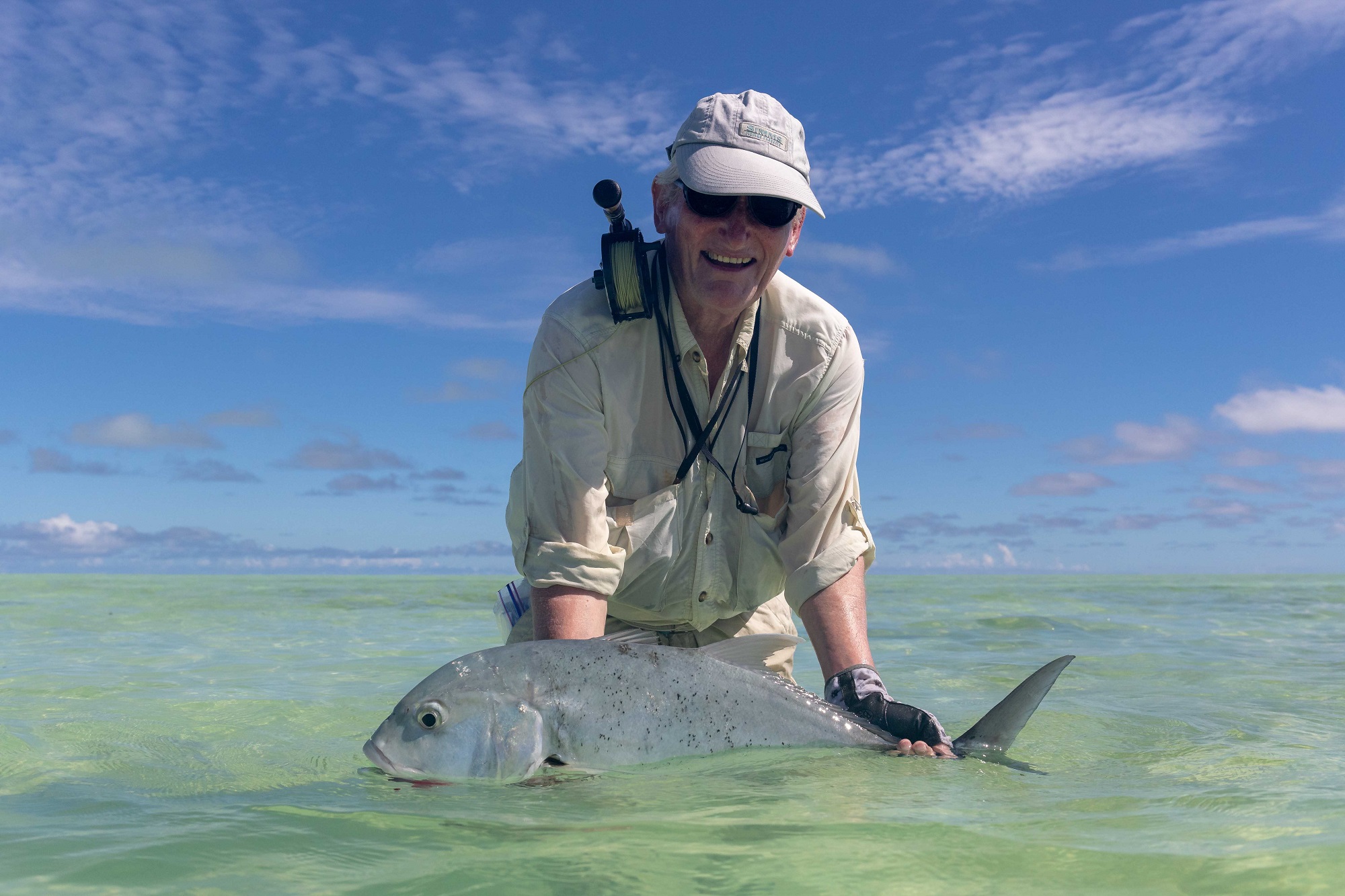 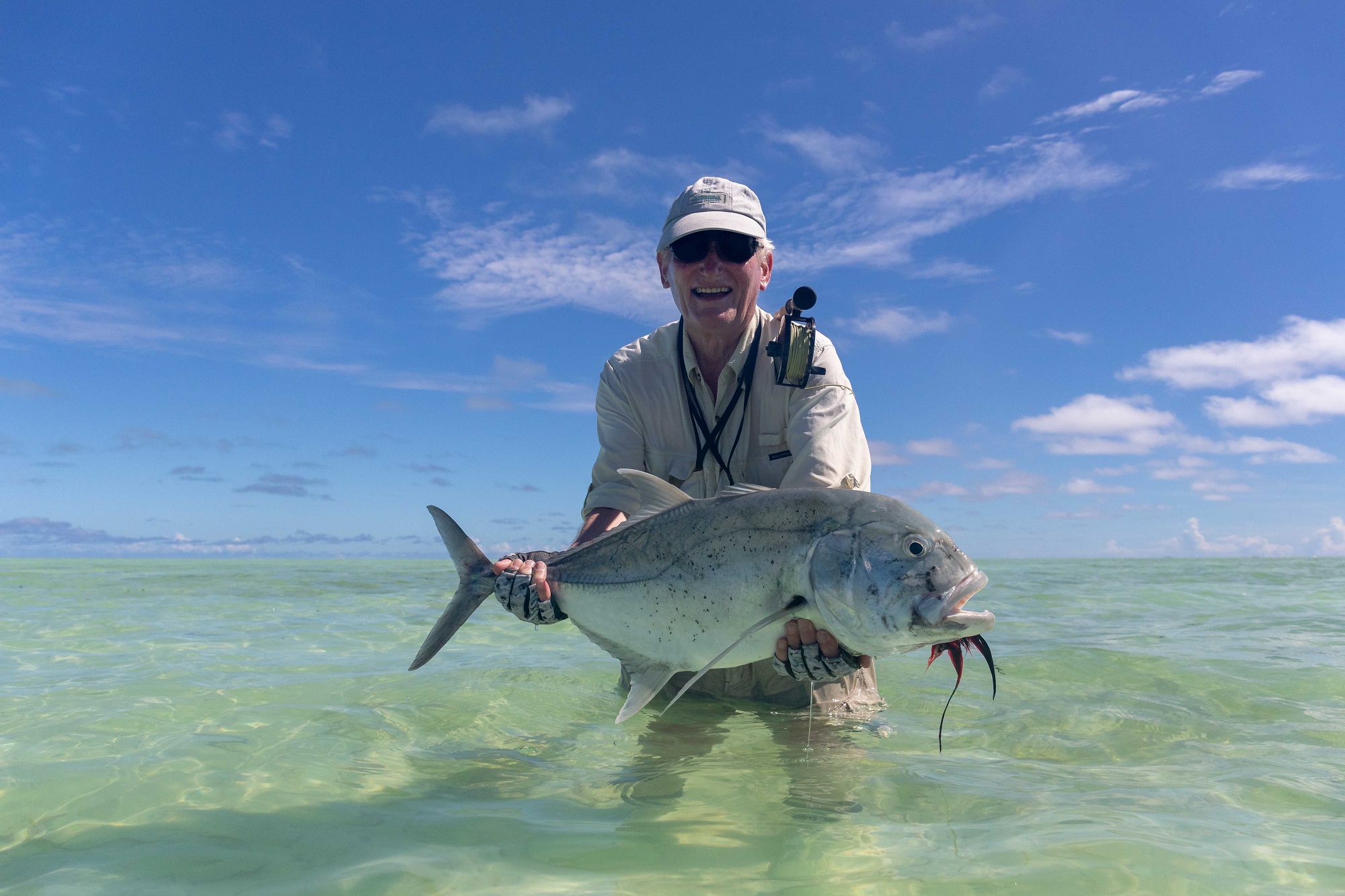 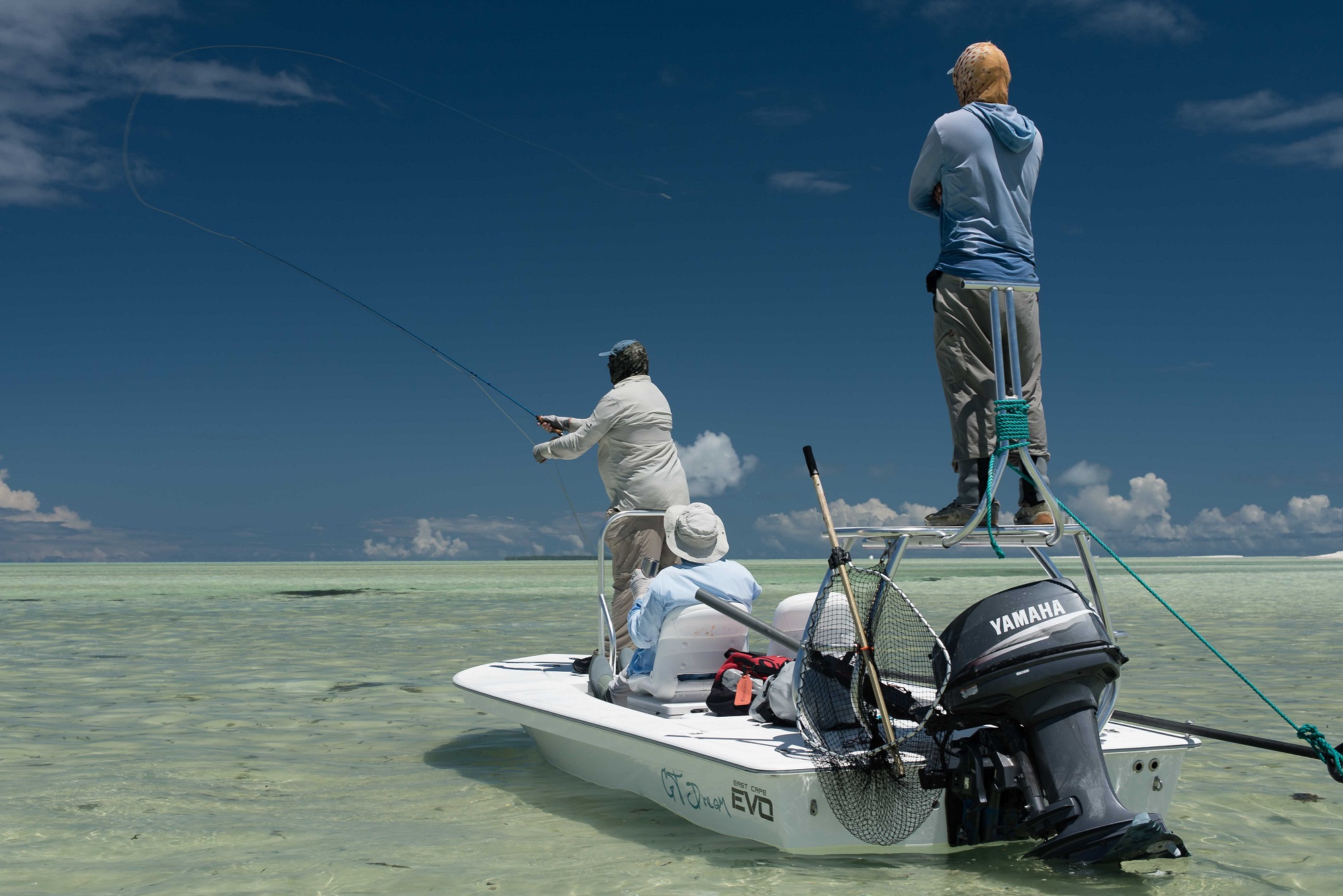 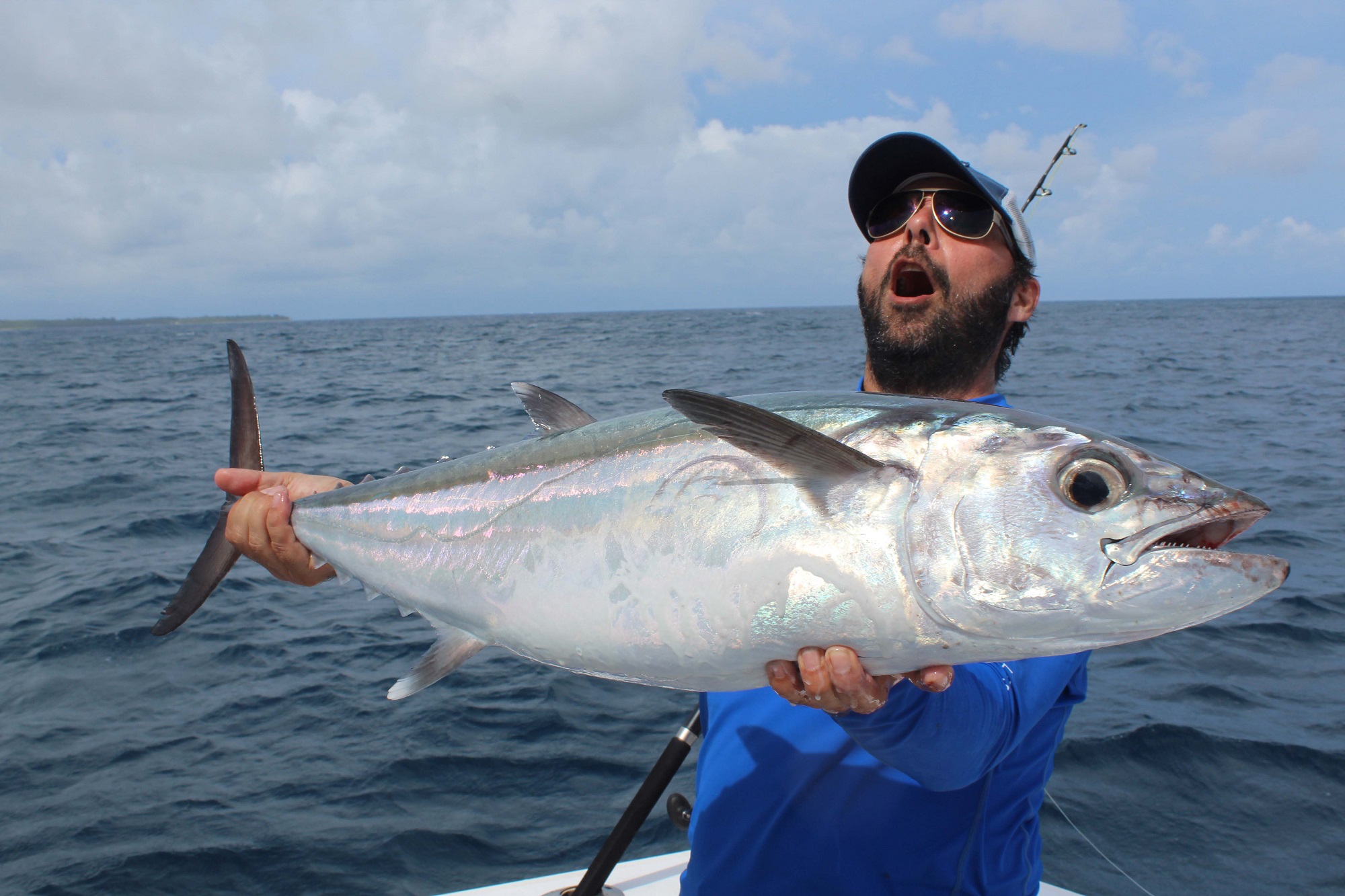 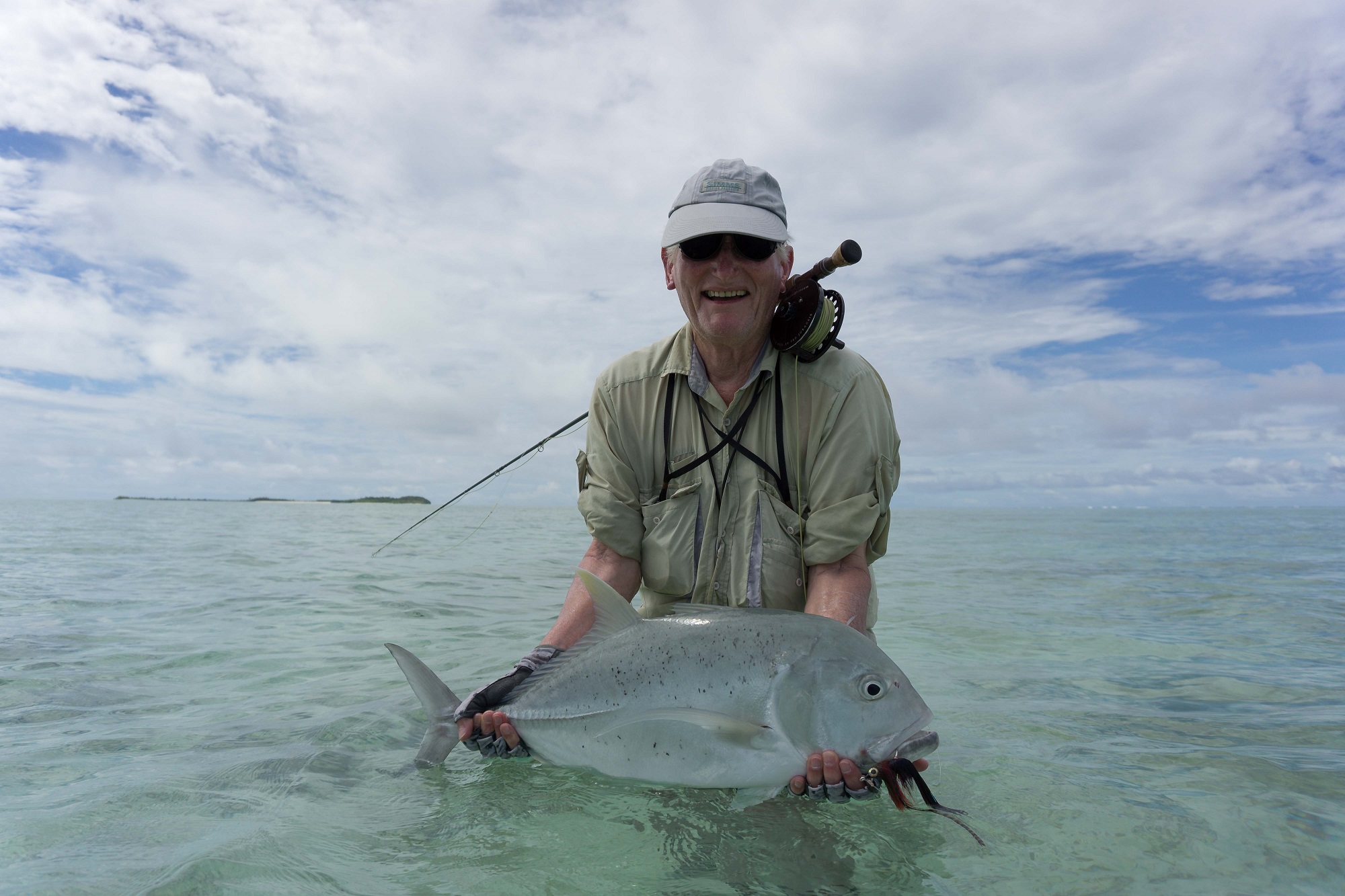 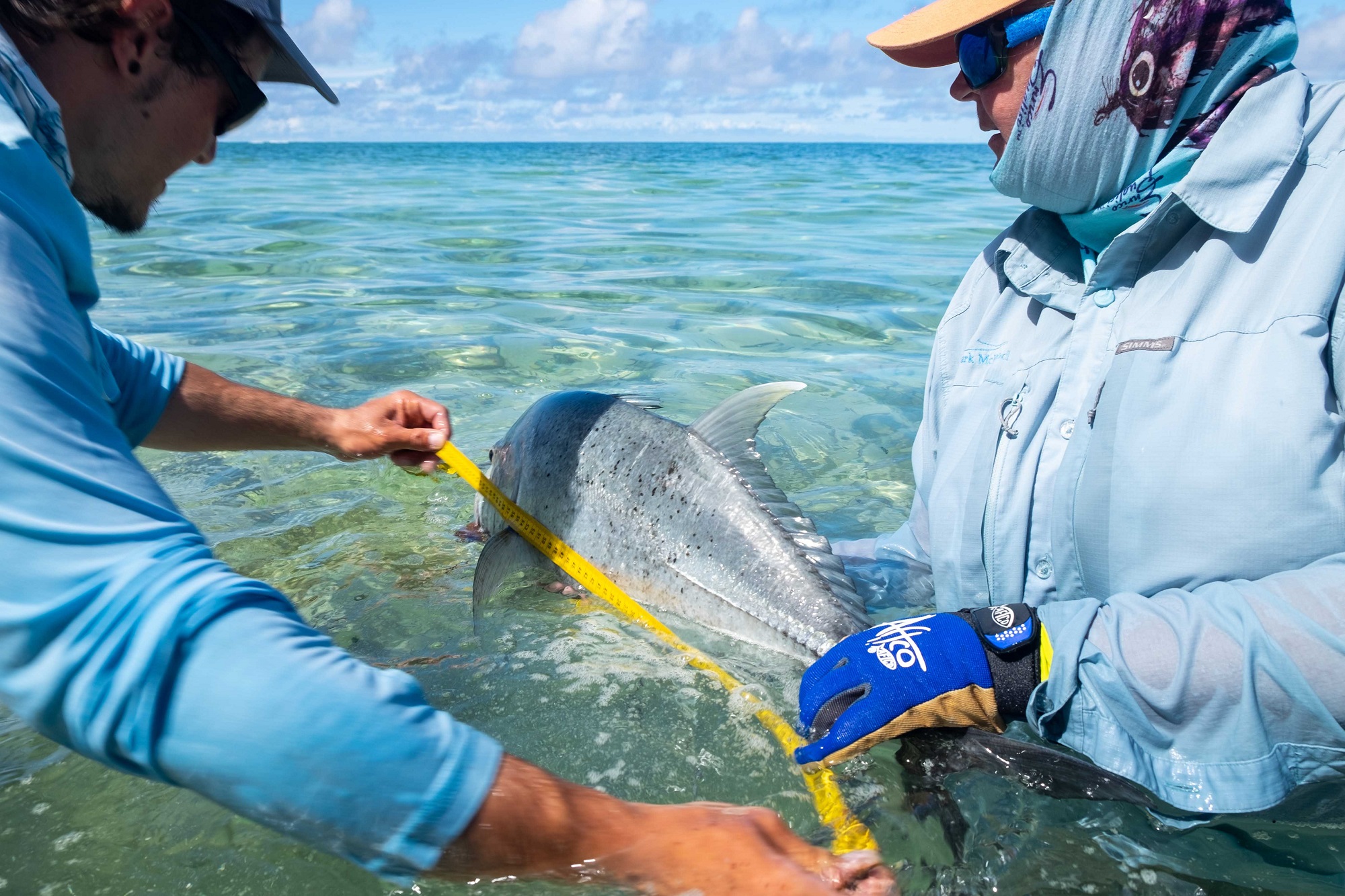