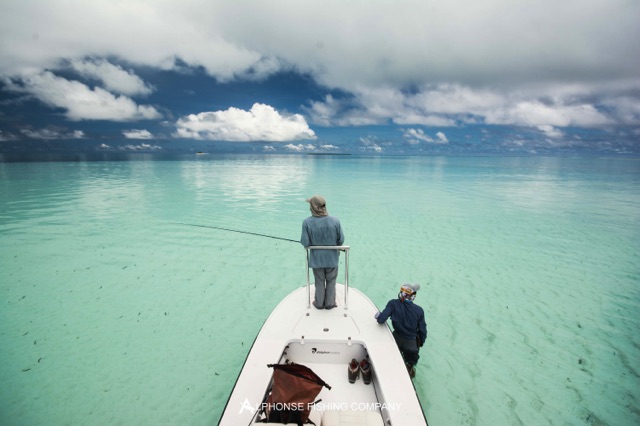 The start of week six brought us some spectacular weather and another full complement of familiar faces and experienced anglers. The tidal cycle looked fishy with large spring tides at the start and a slow neap cycle at the end of the week. Sunday started in true Alphonse fashion with super calm conditions, cool, gin clear water and some awesome bonefishing to iron out the kinks. Timothy Marks was the first to get stuck into a magnificent 106 cm GT, which he sight cast to with a NYAP popper, off the edge of a finger flat. Instinctive in GT fashion the take was explosive and as exhilarating as you can get, with the fight long and hard and including a chase in the boat.

The milkfish made an appearance but didn’t feed consistently to make it happen for our guests this week. A large number of GT encounters were had, with some nice catches made mostly on the flats. As with triggerfish, there where way too many stories of triggers hooked and lost through various crafty methods that make them so tricky. Susan Conway landed her first ever indo pacific permit, which was by no means a monster but never the less a permit. As always the bonefishing was spectacular, with consistent impressive numbers of fish seen tailing in super skinny water. At the end of the week 547 bonefish had been landed and released between 12 anglers.

The most remarkable period of the week was when the neap tides offered us some of the best possible sailfishing to be had. Father and son team Gene and Peter Pawlik went out to catch a “Bills and Bones Slam”. Straight off the bat they had a double hook up on Sailfish, landing two fish and then proceeding to double up on a large number of bonefish to complete the first father and son double up “Bills and Bones Slam”.

An awesome group of guests, which made for a fantastic week at Alphonse Island. 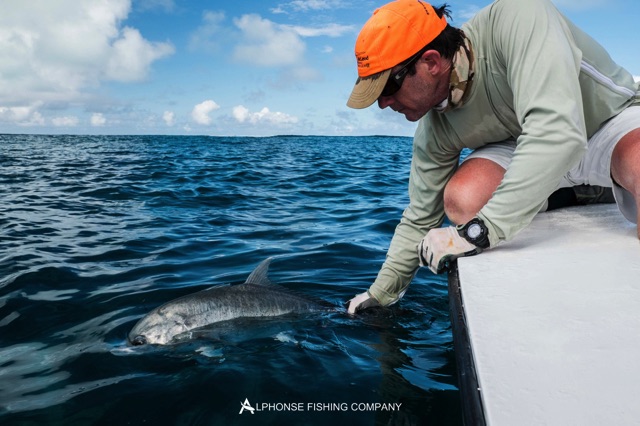 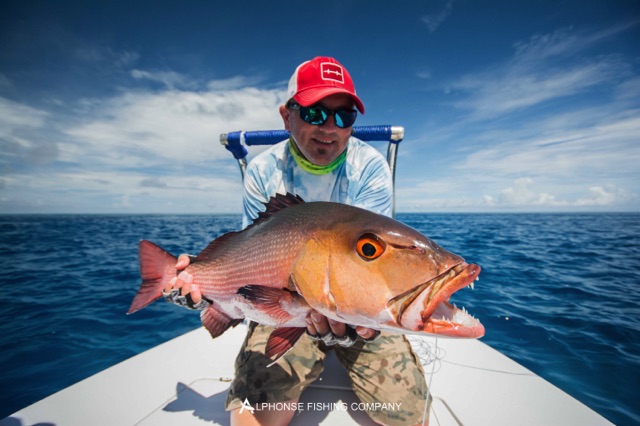 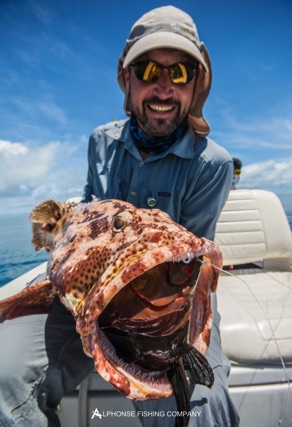 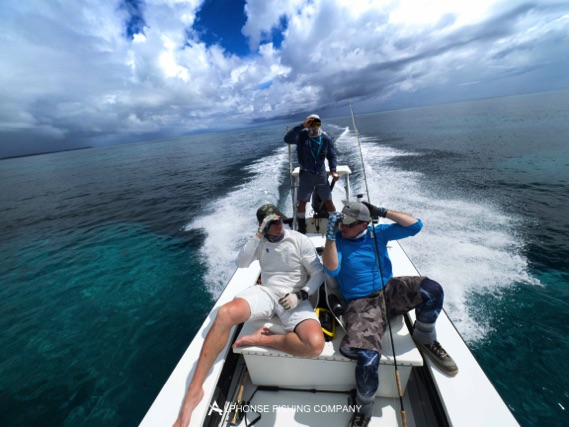 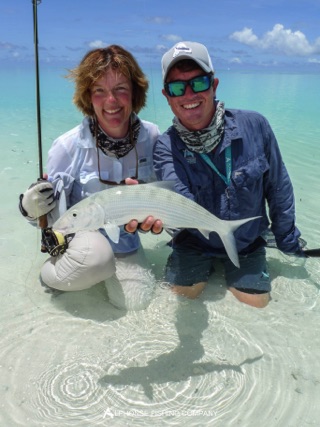 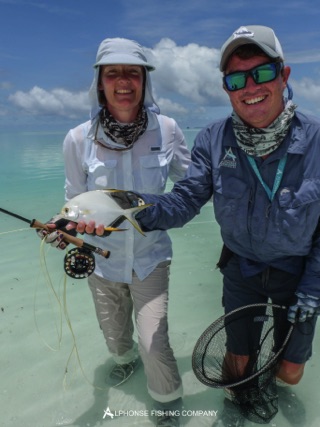 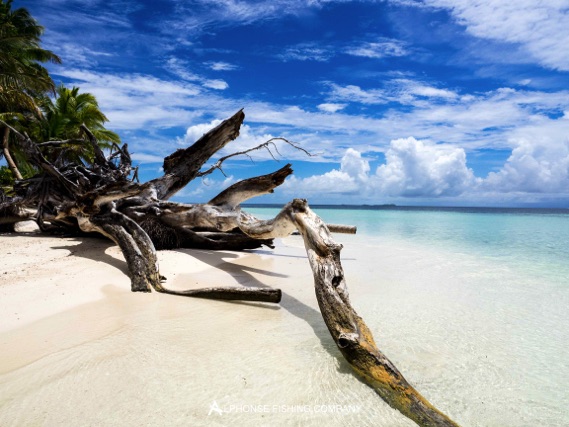 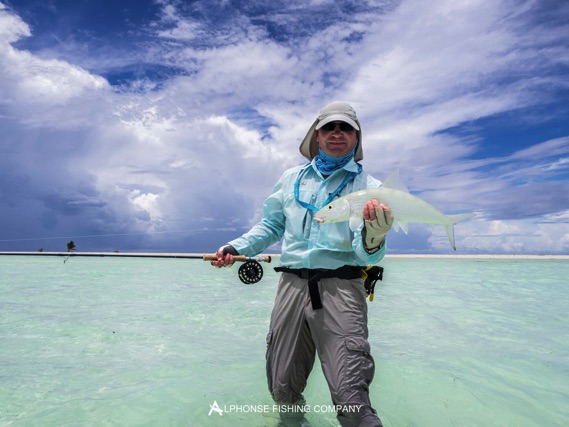 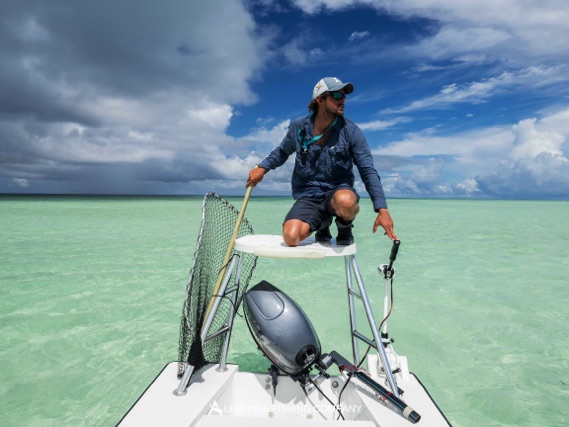 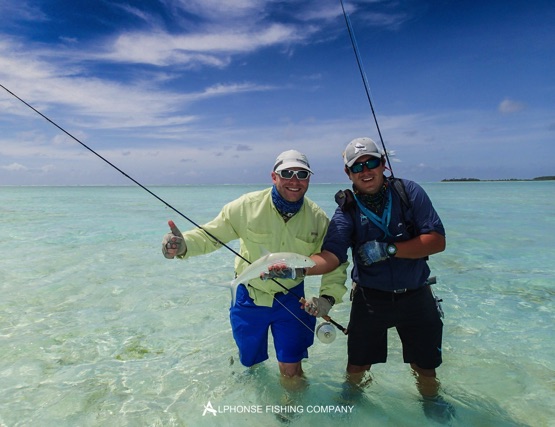