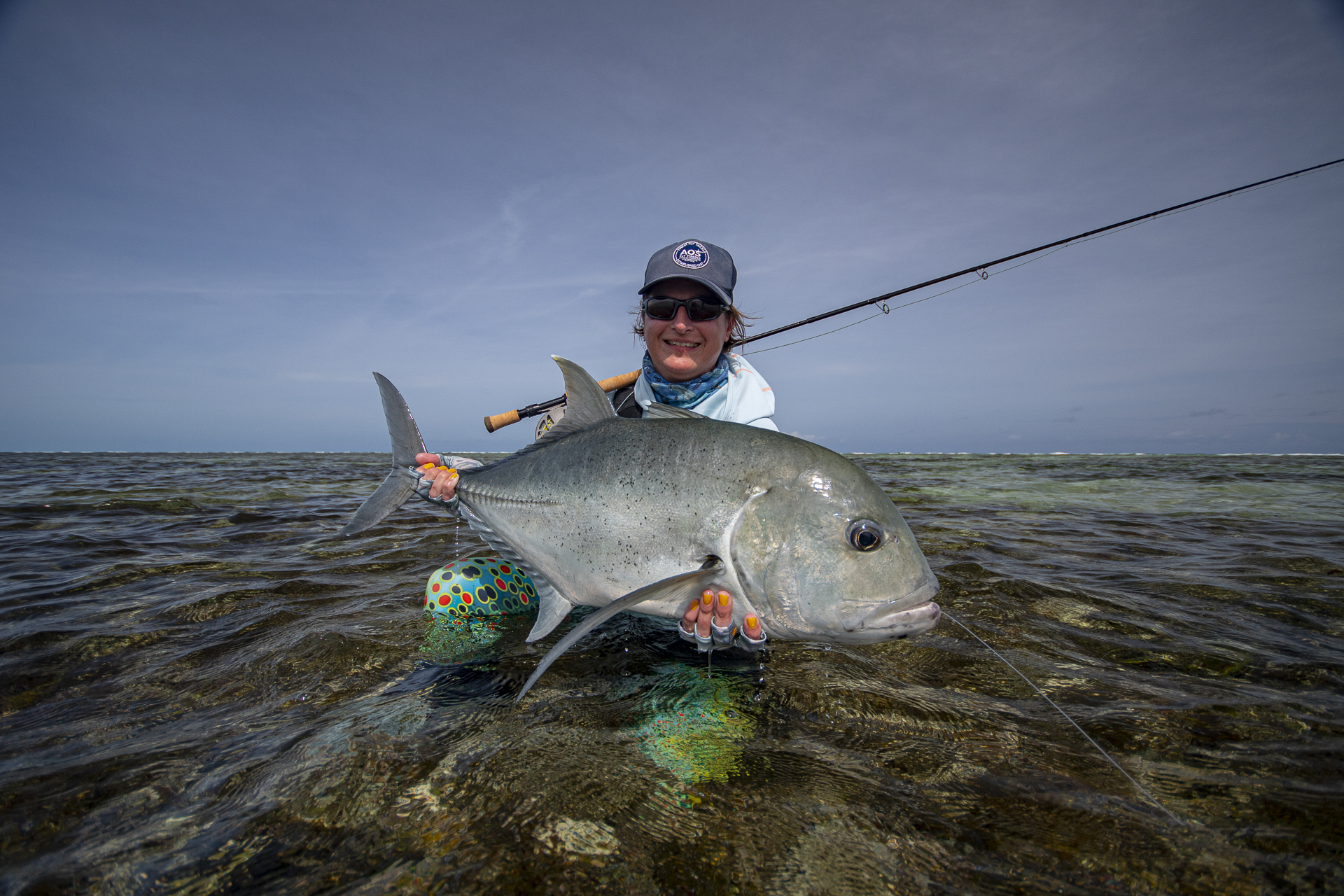 We have finally got the report for the opening week of Farquhar and we cannot wait to share it with you. This week saw the re-opening of the Farquhar season after the Christmas and New Years break. It was well rested and 10 anglers got to enjoy their weeks fishing.

Veterans of the flats, Ian Hodge and Ty Pollock had a great week, each with several GTs to their names. Ian also managed to land moustache triggerfish.

Klaus and Christina Vander had a dream start to their week as they landed nine GTs between them on the first day along with a handful of bonefish. They didn’t stop there as they each managed to get a Flats Slams on the same day consisting of a GT, triggerfish and bonefish. A very special day for them to remember.

John Horlock managed to land a GT everyday along with some decent bonefish. Sadly he missed the bonefish when he needed it the most to complete the Flats Slam. That day he managed to land three moustache triggerfish, with the biggest being a hefty 45 cm. He also landed a decent 87 cm GT that was hooked and landed well into the surf zone which he did well to present his fly in deep water and rolling waves.

Newcomers to the saltwater flats Vasili Lendel, Andrew Kriegel, Jake Steele and Brad Simmons improved drastically throughout the week and all managed to land their first GTs.  With Andrew managing to land the first moustache triggerfish of the week.

Even with some unfavorable weather conditions from time to time, the team caught some great fish.
Tight lines,
from the Alphonse Fishing Co. Team on Farquhar 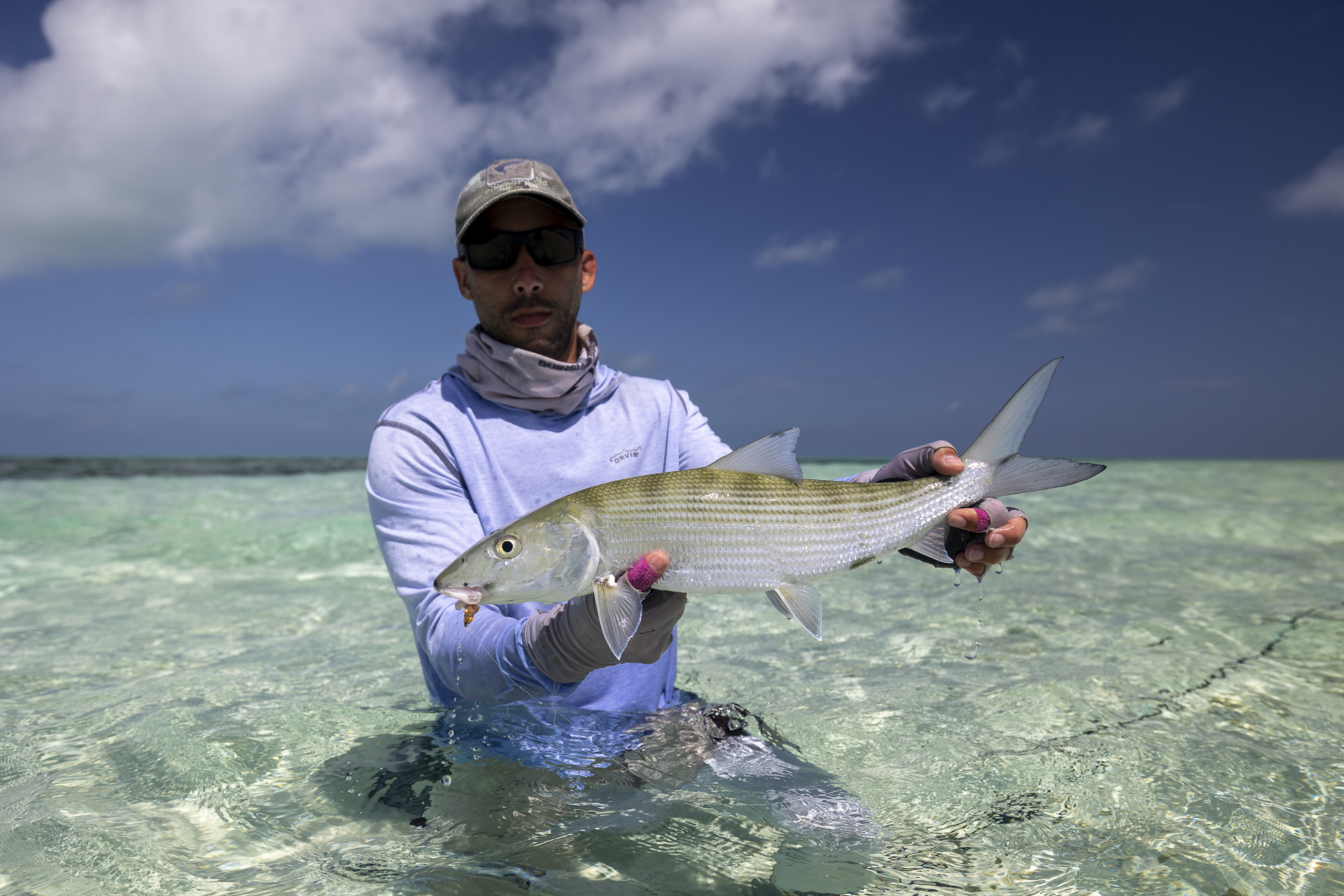 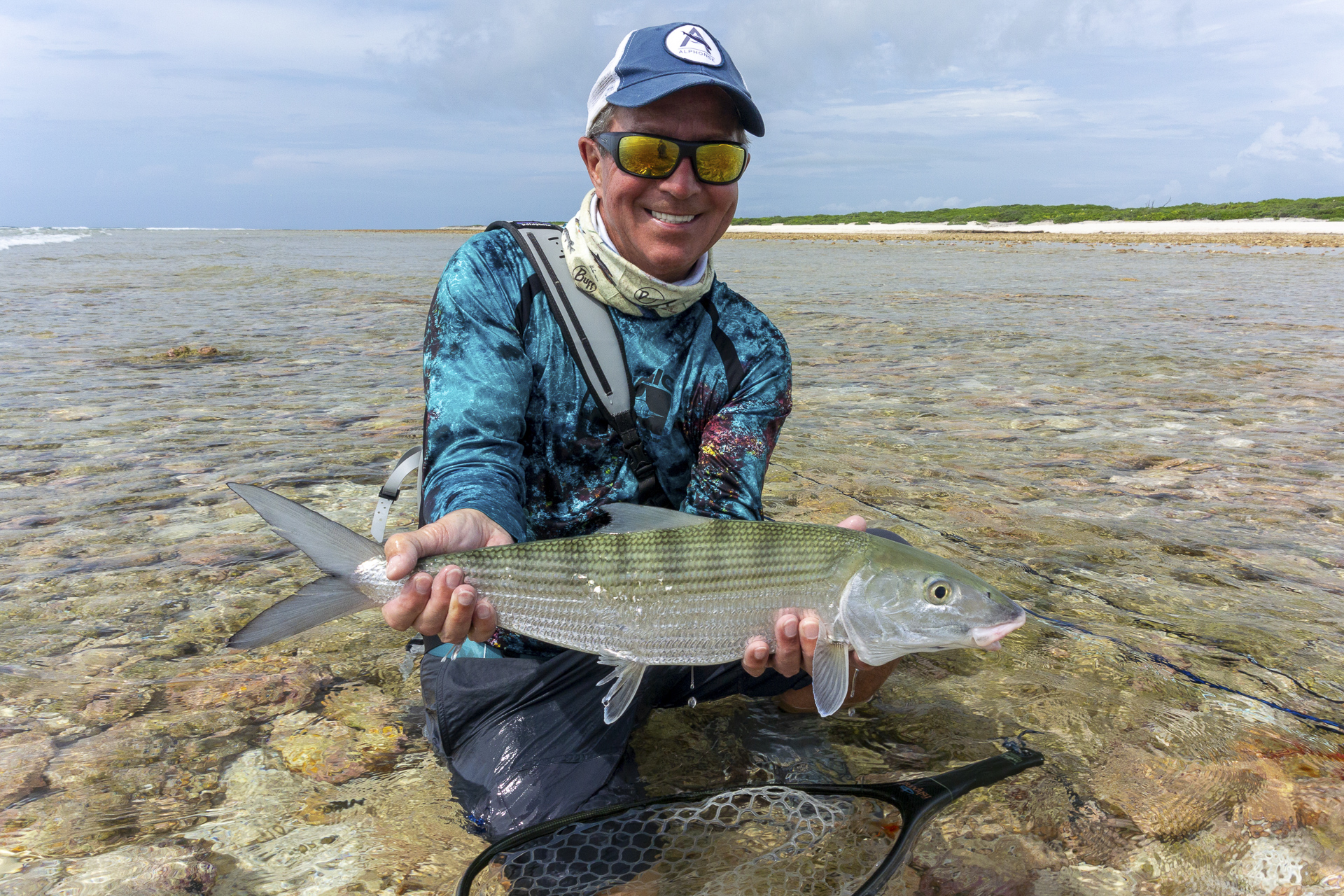 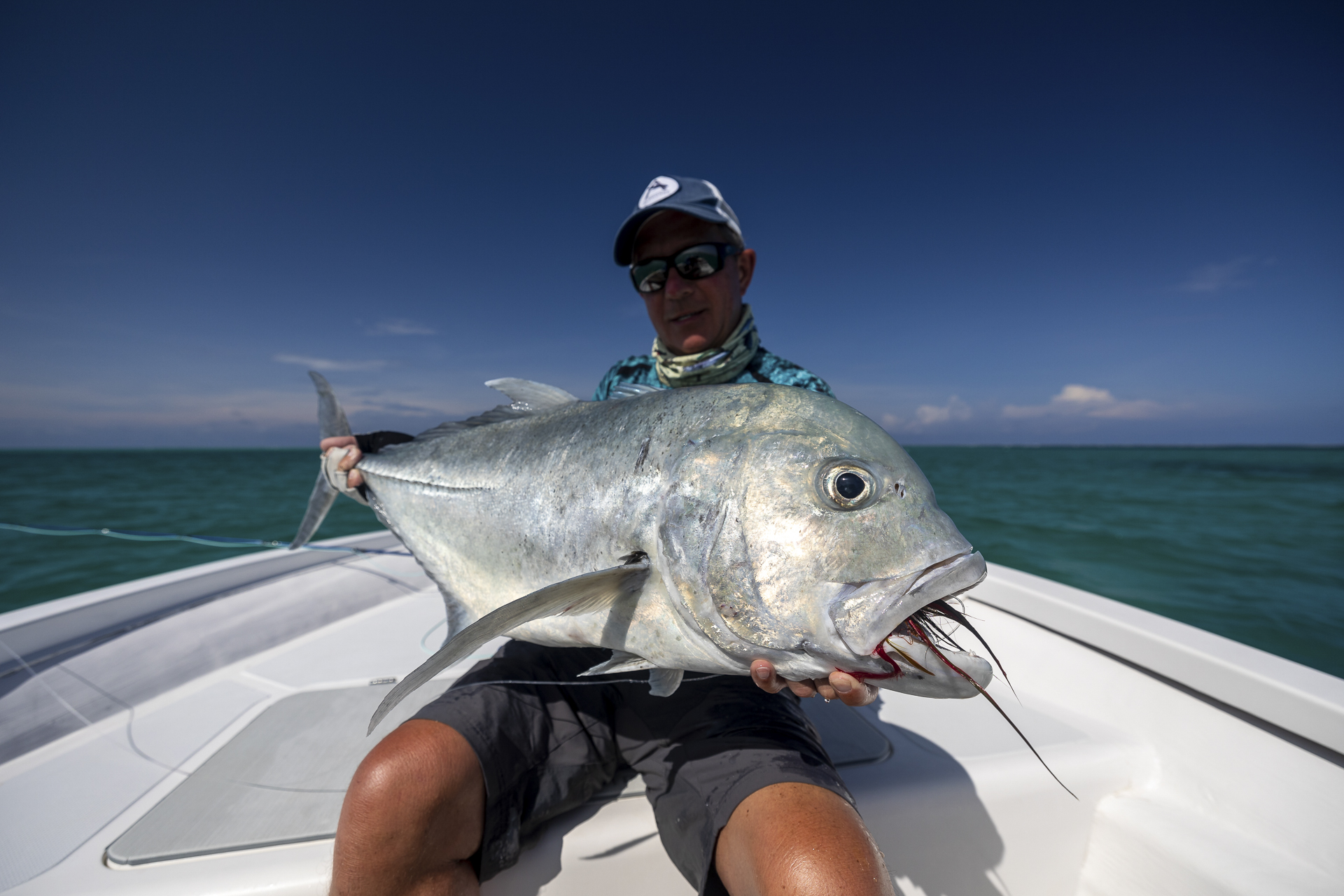 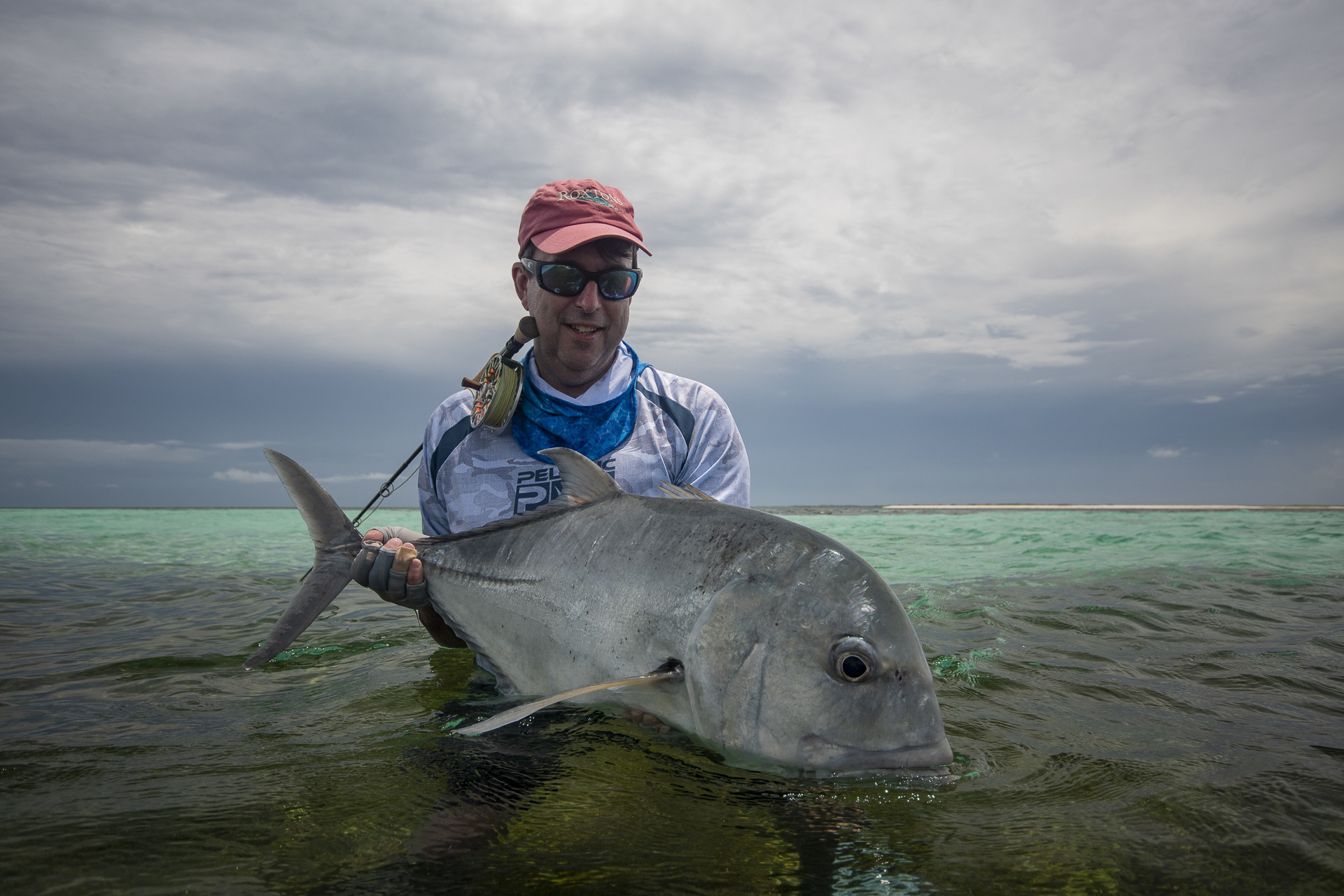 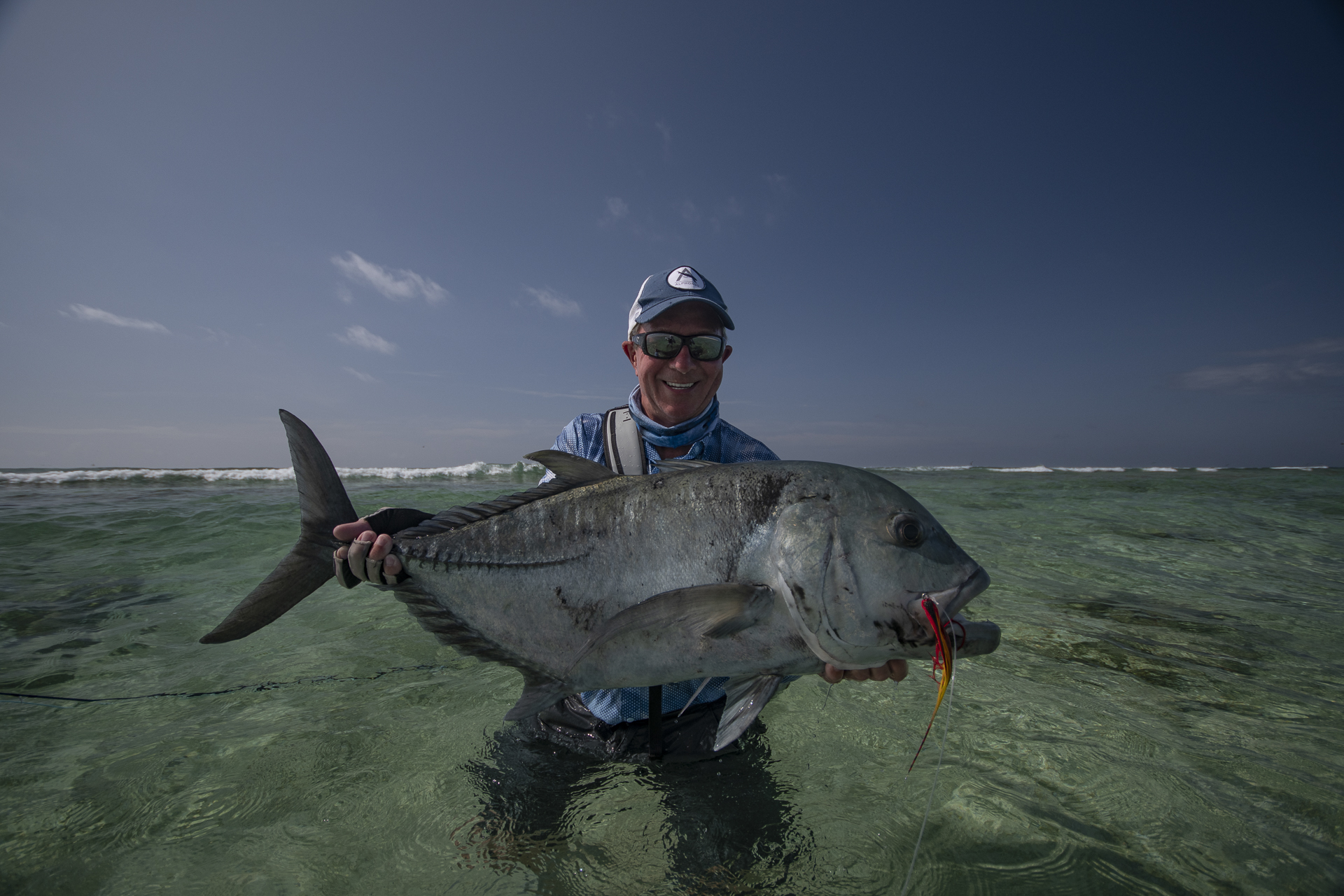 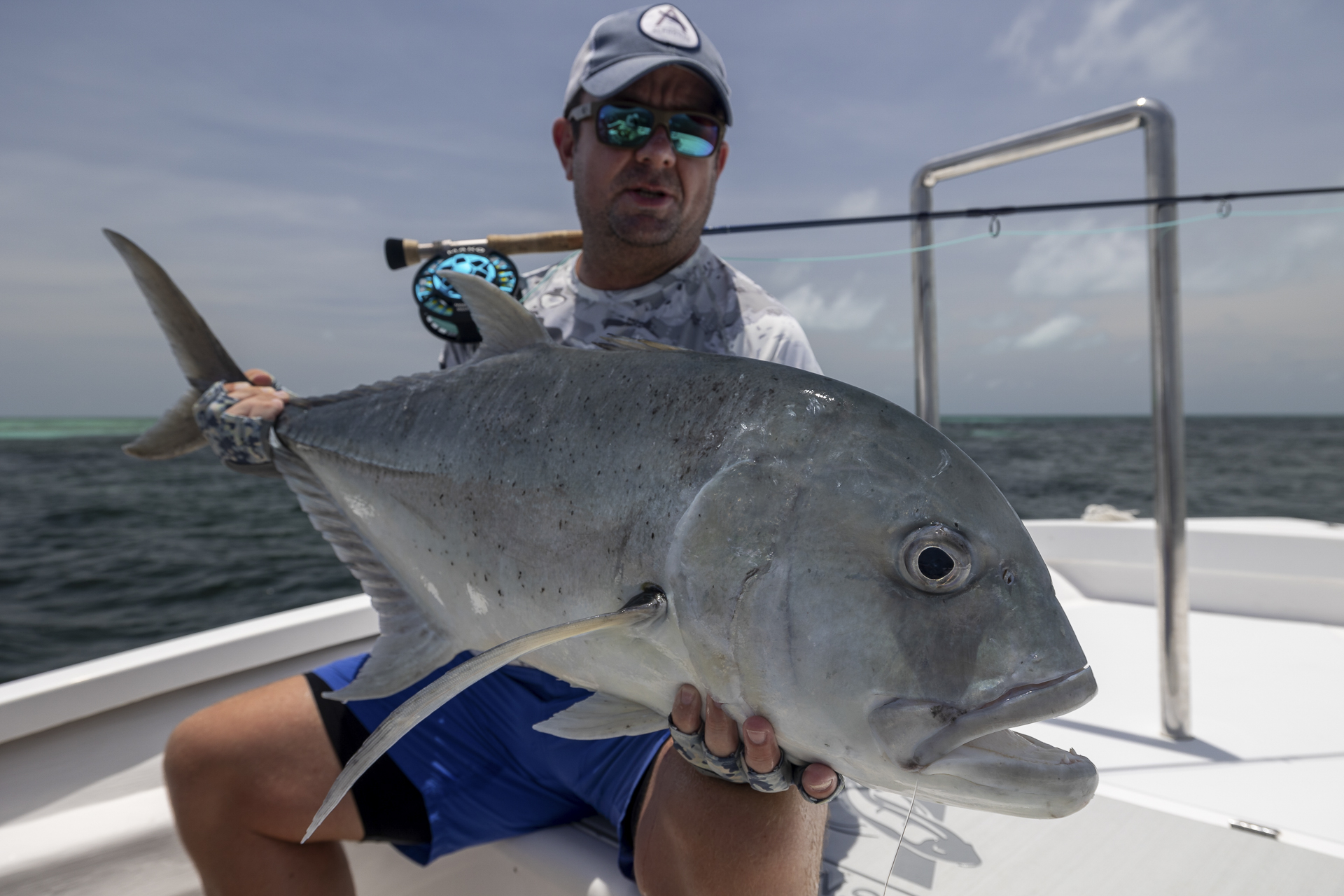 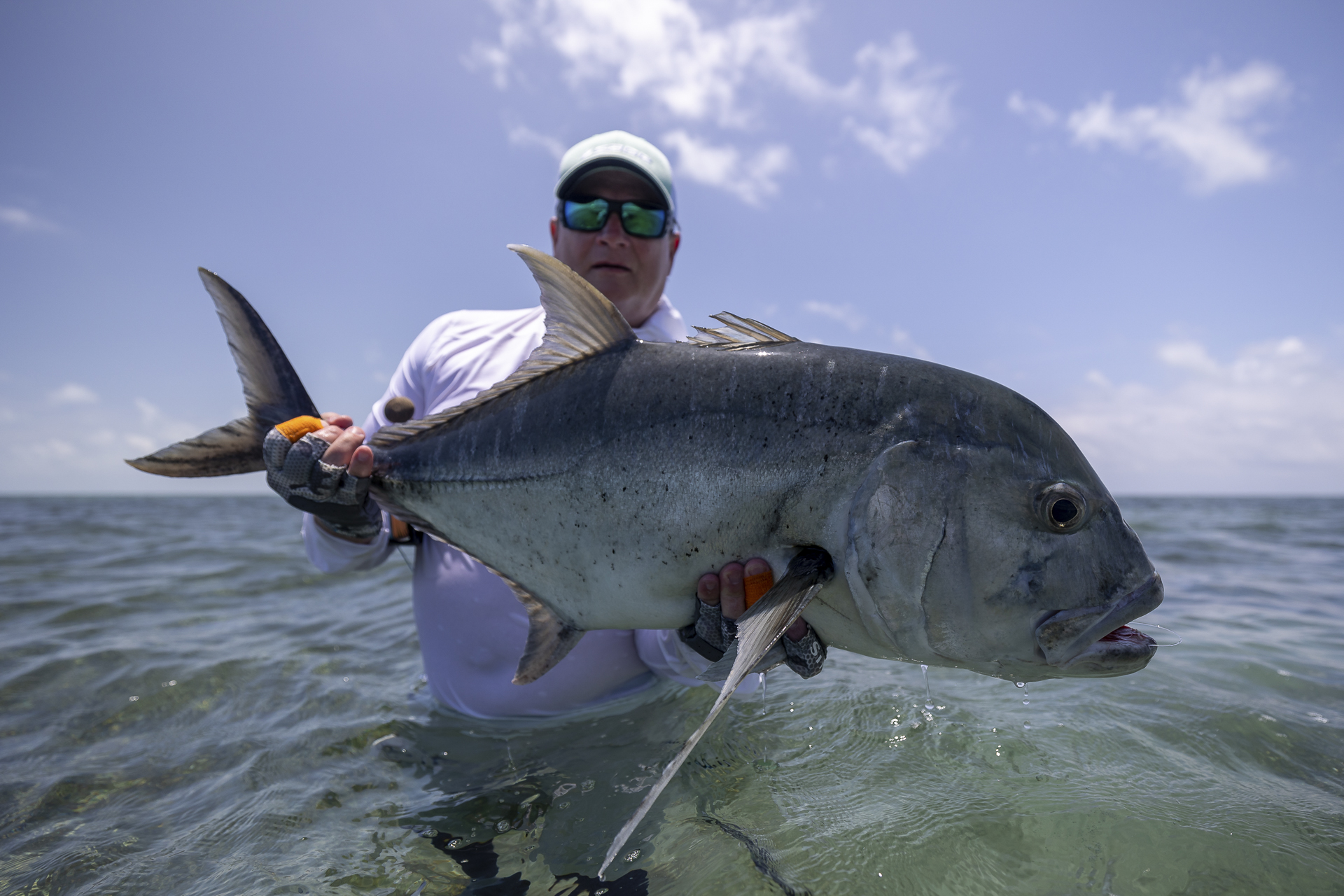 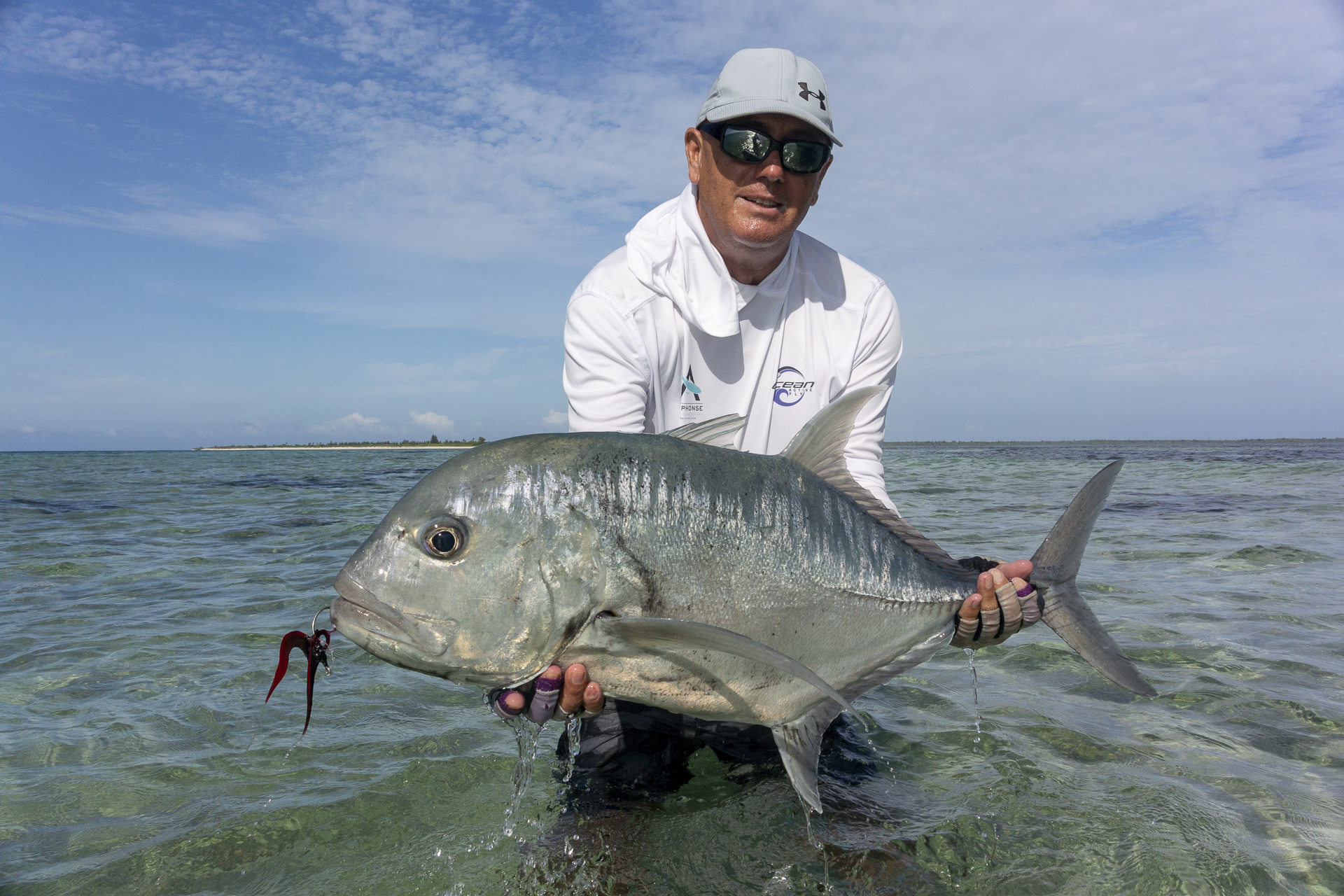 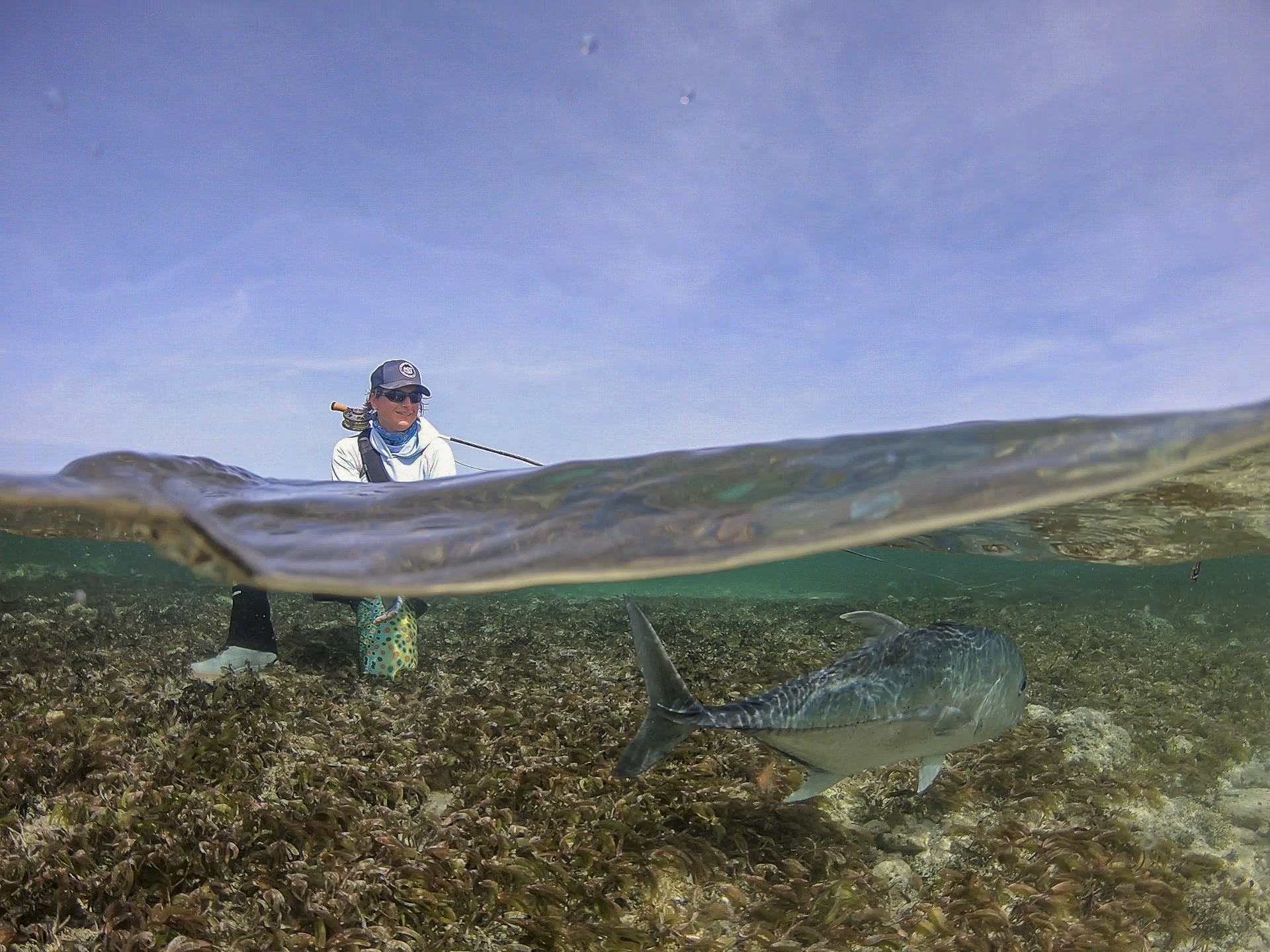 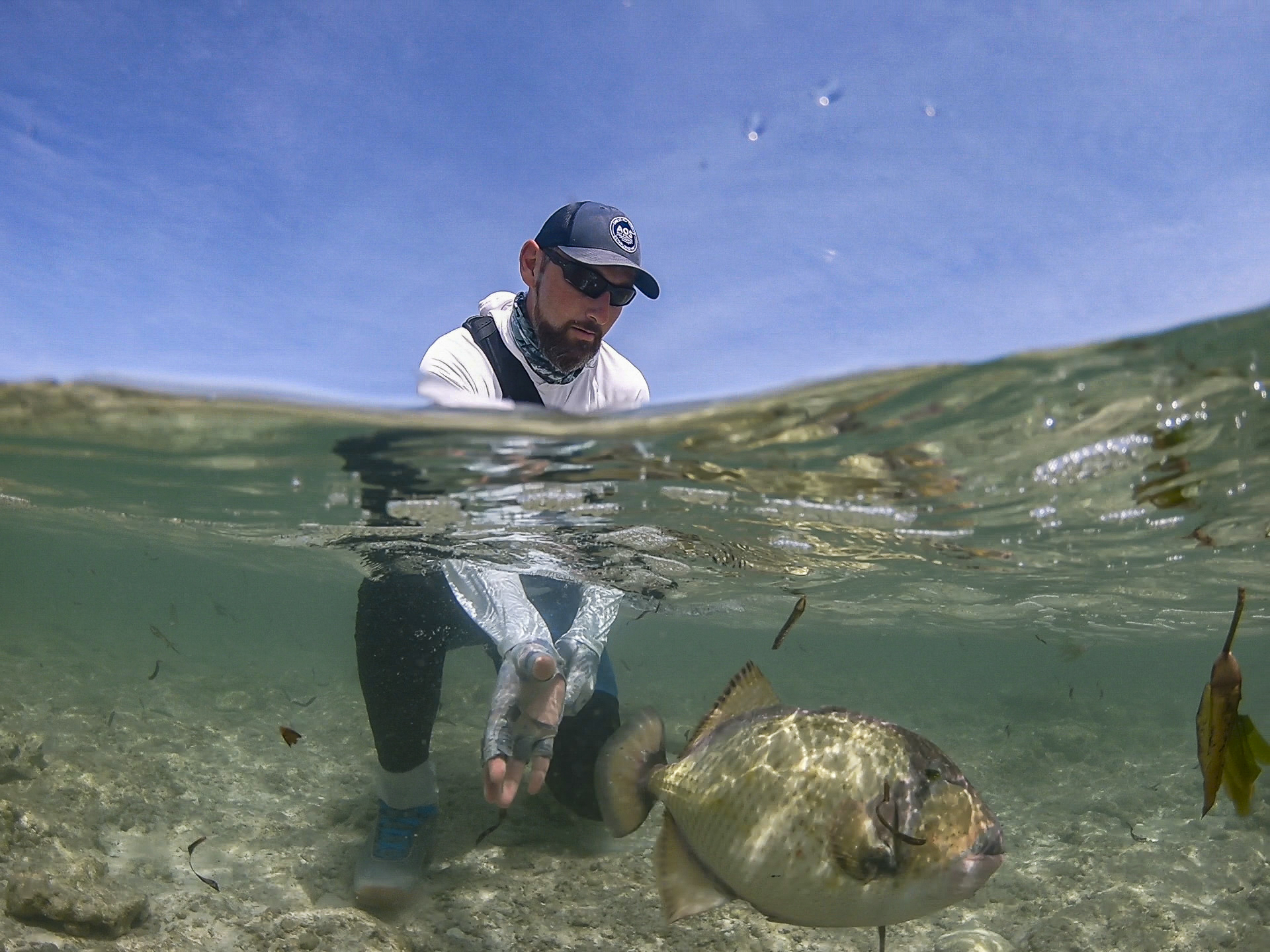 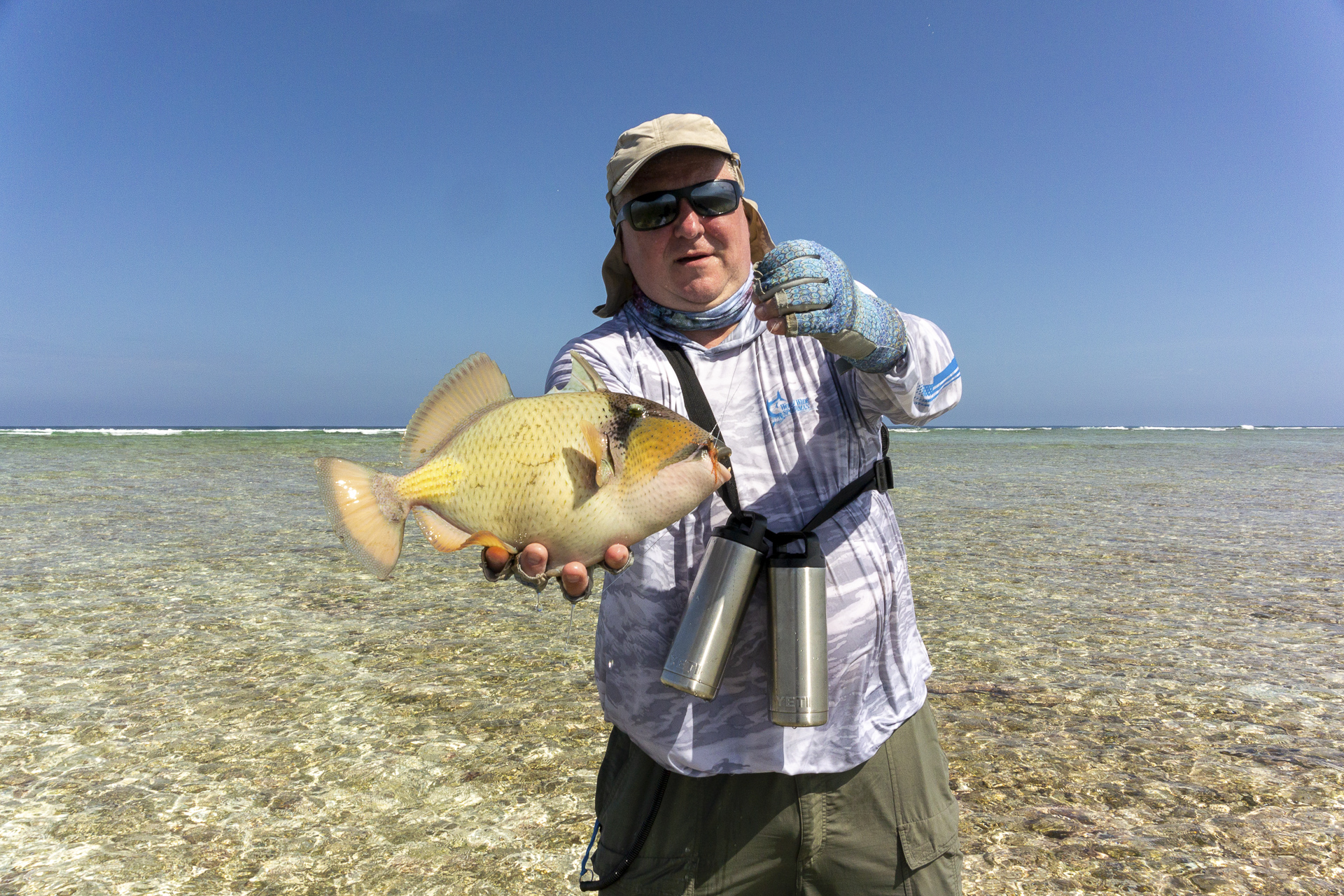 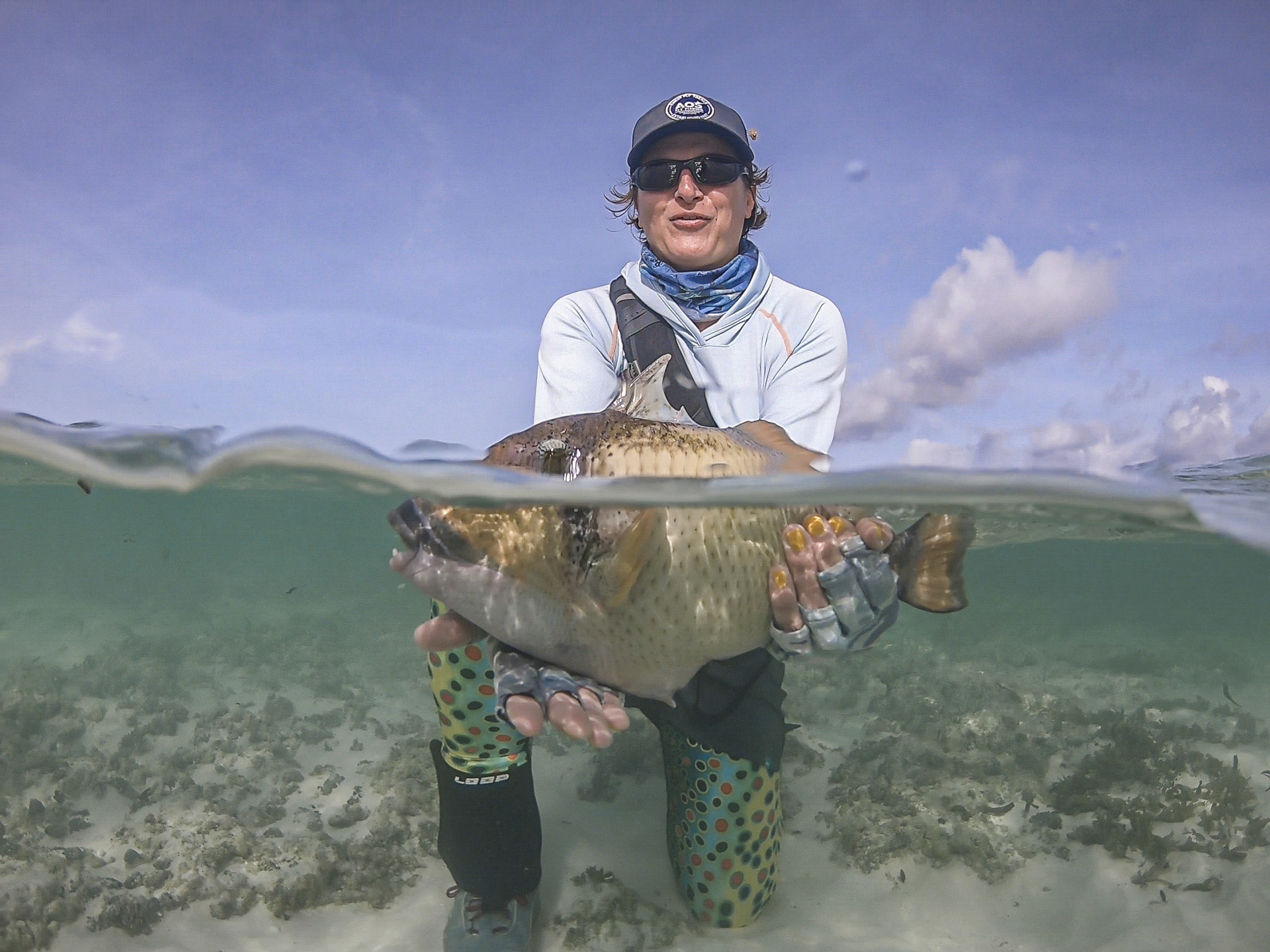 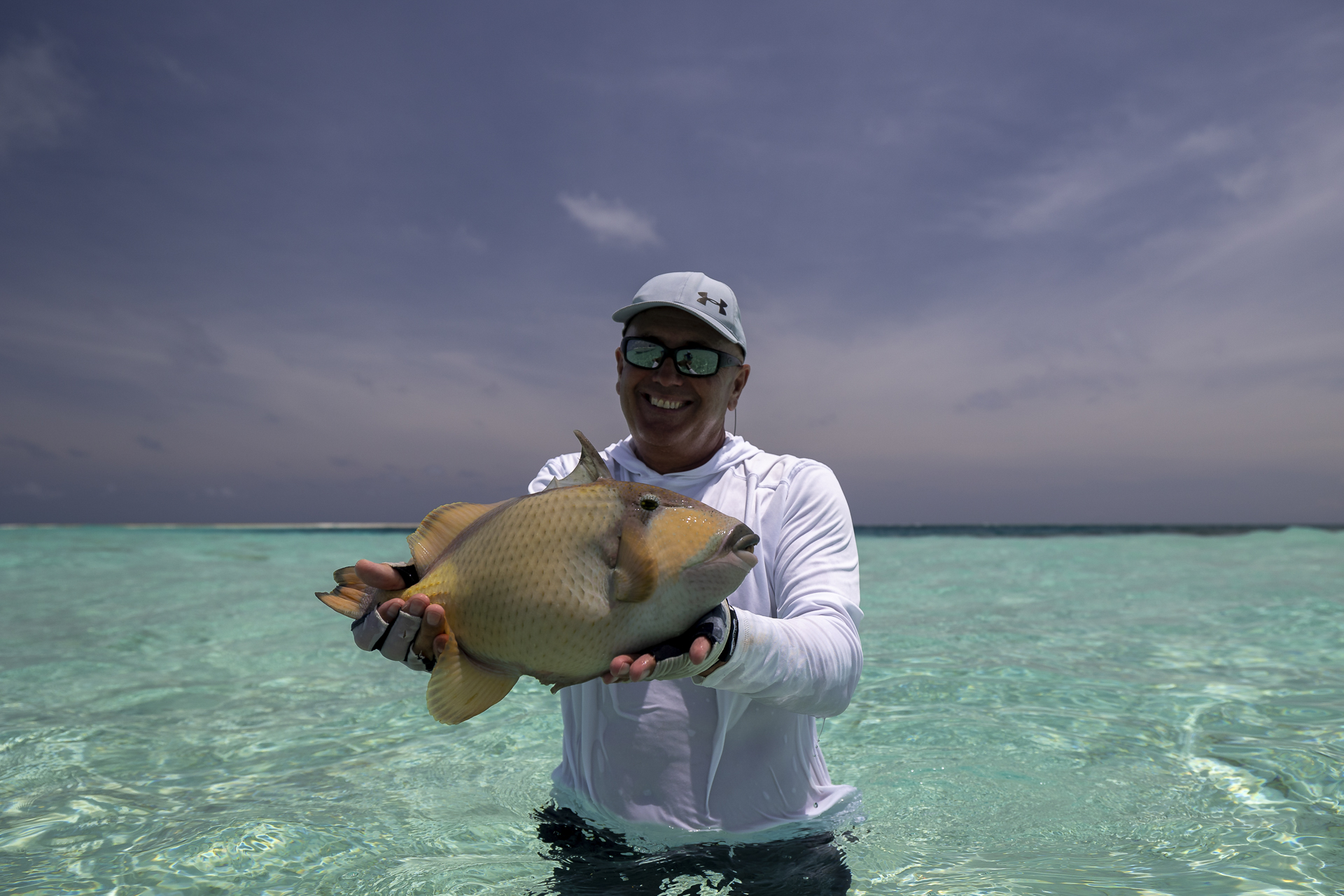