Farquhar once again produced some incredible catches this week with an array of different species landed. It was great to have Chantal Chone and Patrick Hargreaves back with us and joining us for the first time Geoff Thomas and Russ Cowell and from Silverbow Fly Shop, Sean Visintainer (host), Sam Wood, Wayne, Spencer Williams Malyn Malquist and Leon Buckles.

Chantal had a goal to land a bumphead parrotfish and to try and get her fist Napoleon wrasse. She achieved this on the first morning by landing a great bumpy and soon after that an impressive Napoleon that was “tailing” on the flats. She also managed a good number of species and three GTs throughout the week. Patrick had a solid week with four GTs and a huge variety of species off-shore which included huge African marbled groupers and Boha snappers.

Sean and Malyn had an epic week and one day in particular stood out as they both landed Flat Slams of different kinds. Sean with his first GT together with a bonefish and then to top it off a bumpy. Malyn, his boat partner managed a 92 cm GT, a bonefish and to finish the slam managed his first moustache triggerfish. Sean ended his week by landing the biggest GT of the week a monster 104 cm on the last day.

Father and son combo of Wayne and Spencer landed five GTs between them as well as a triggerfish each with a great number of bonefish along the way. Spencer with a terrific bumphead parrotfish. 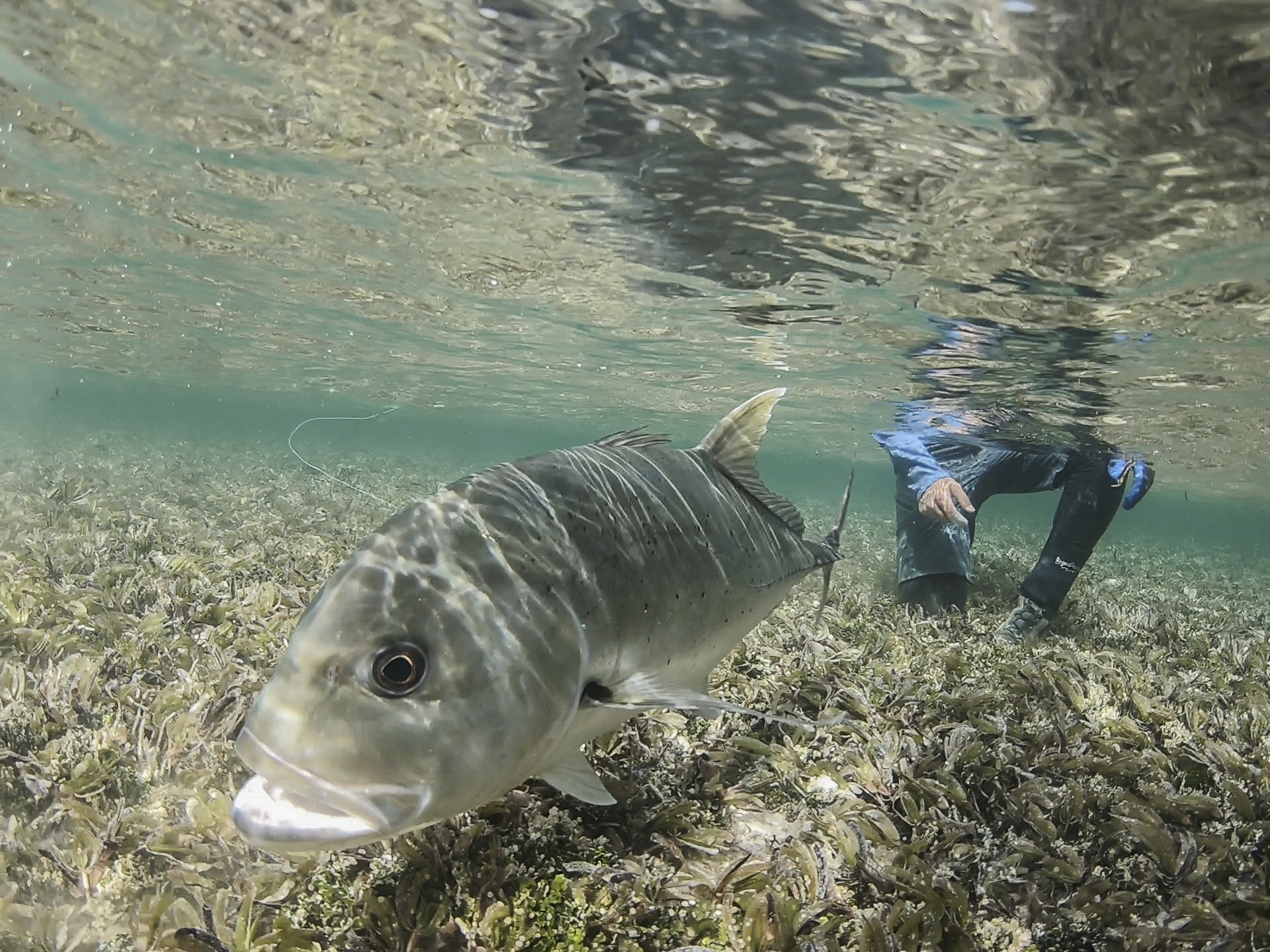 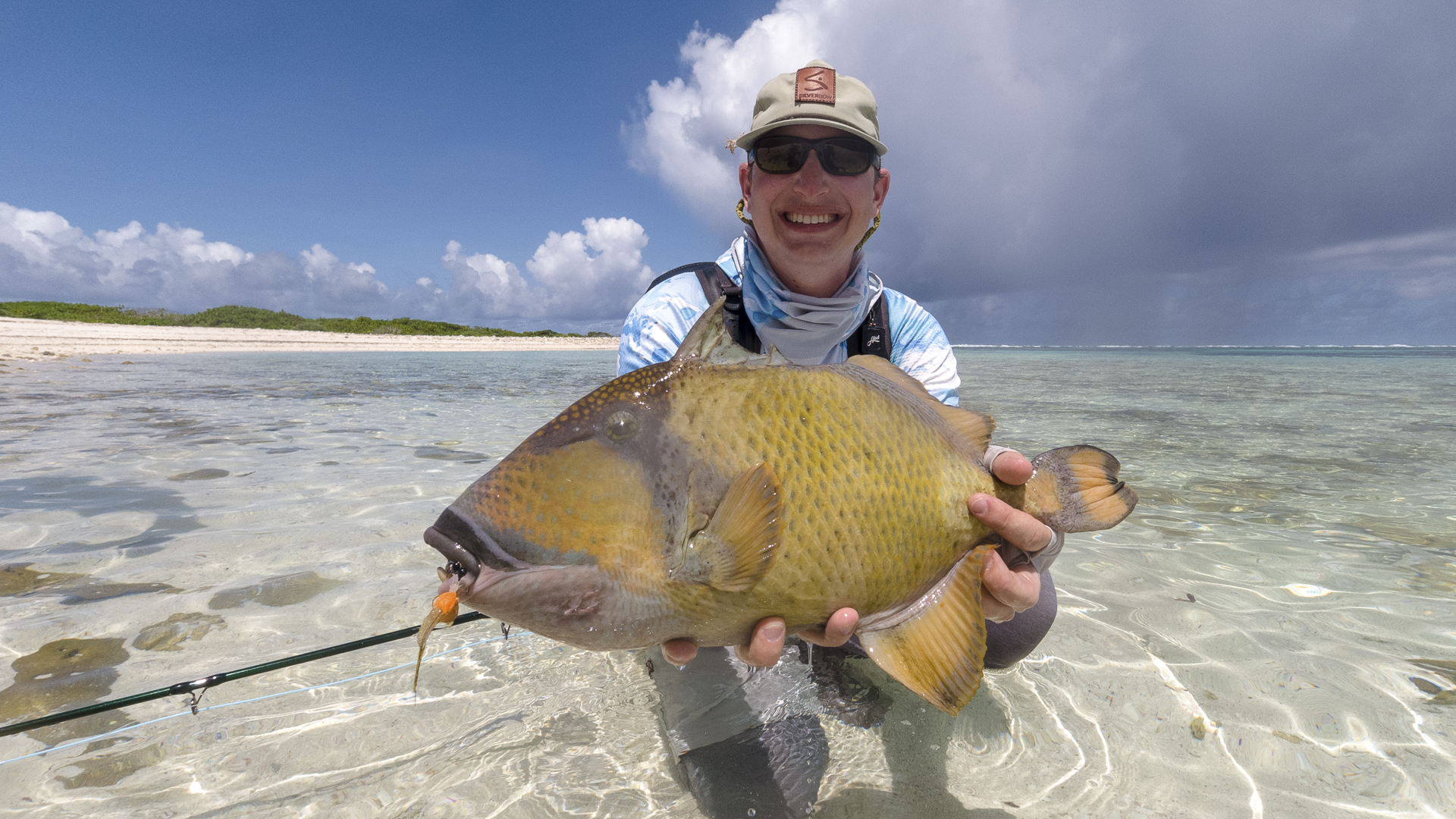 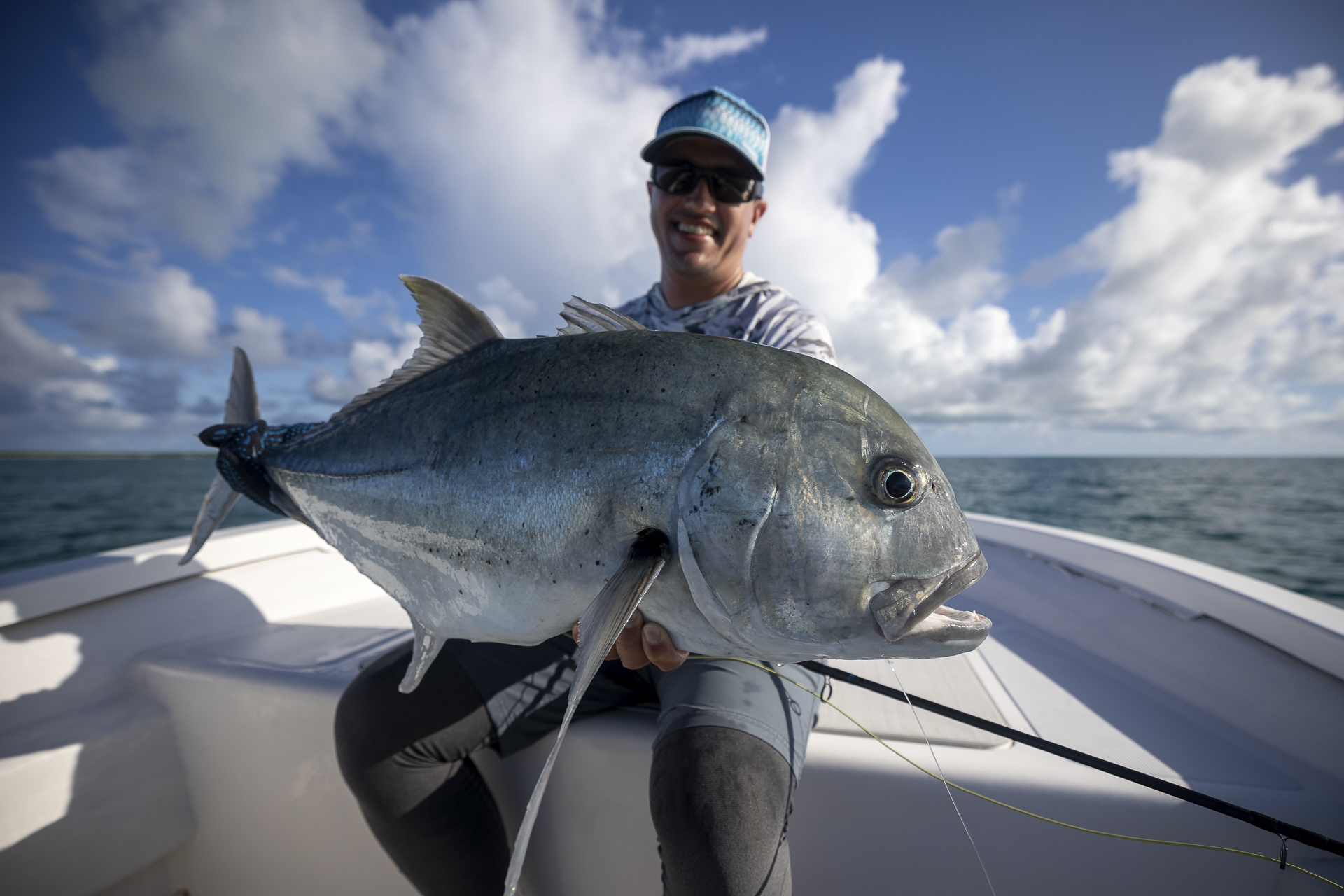 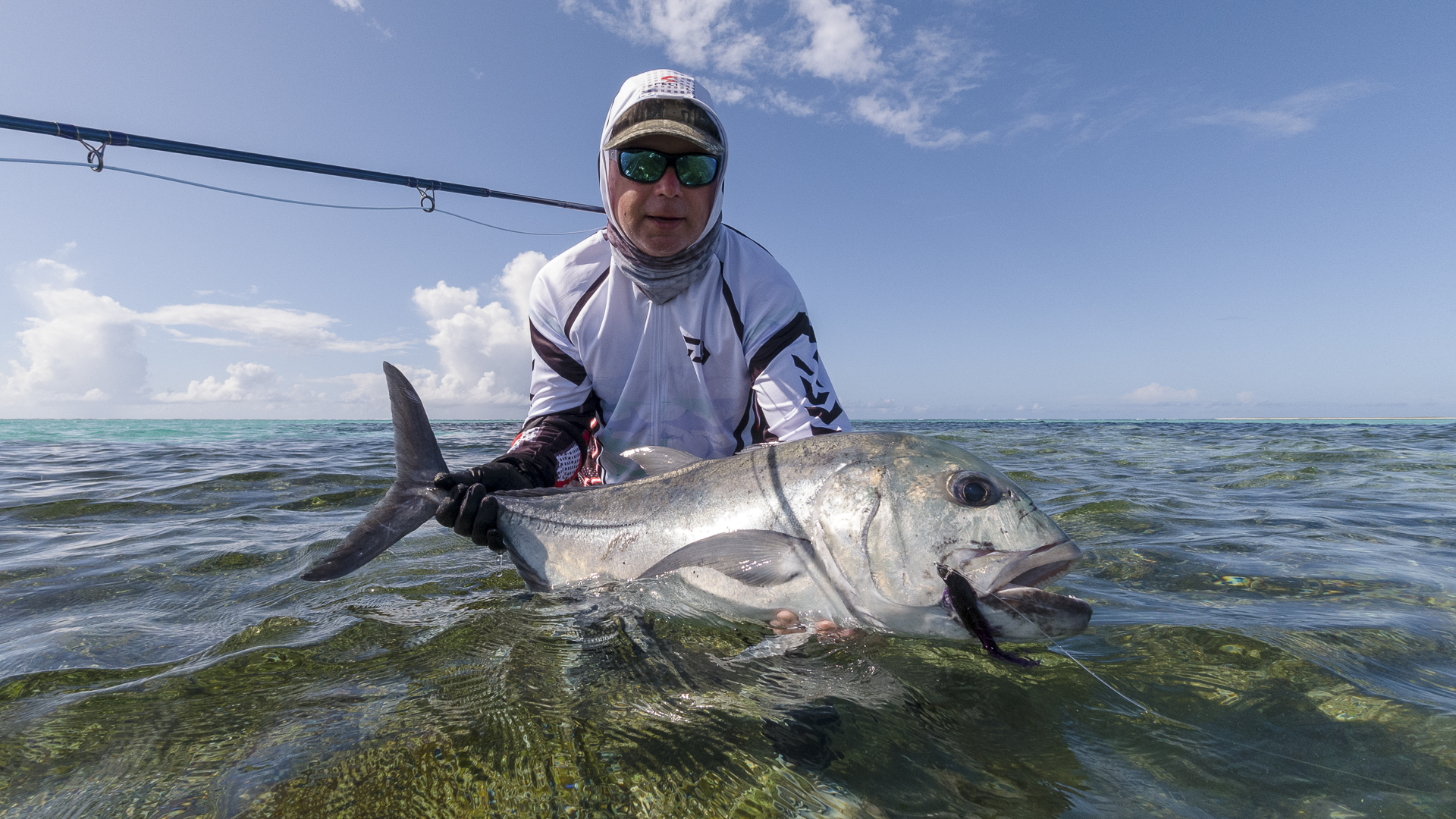 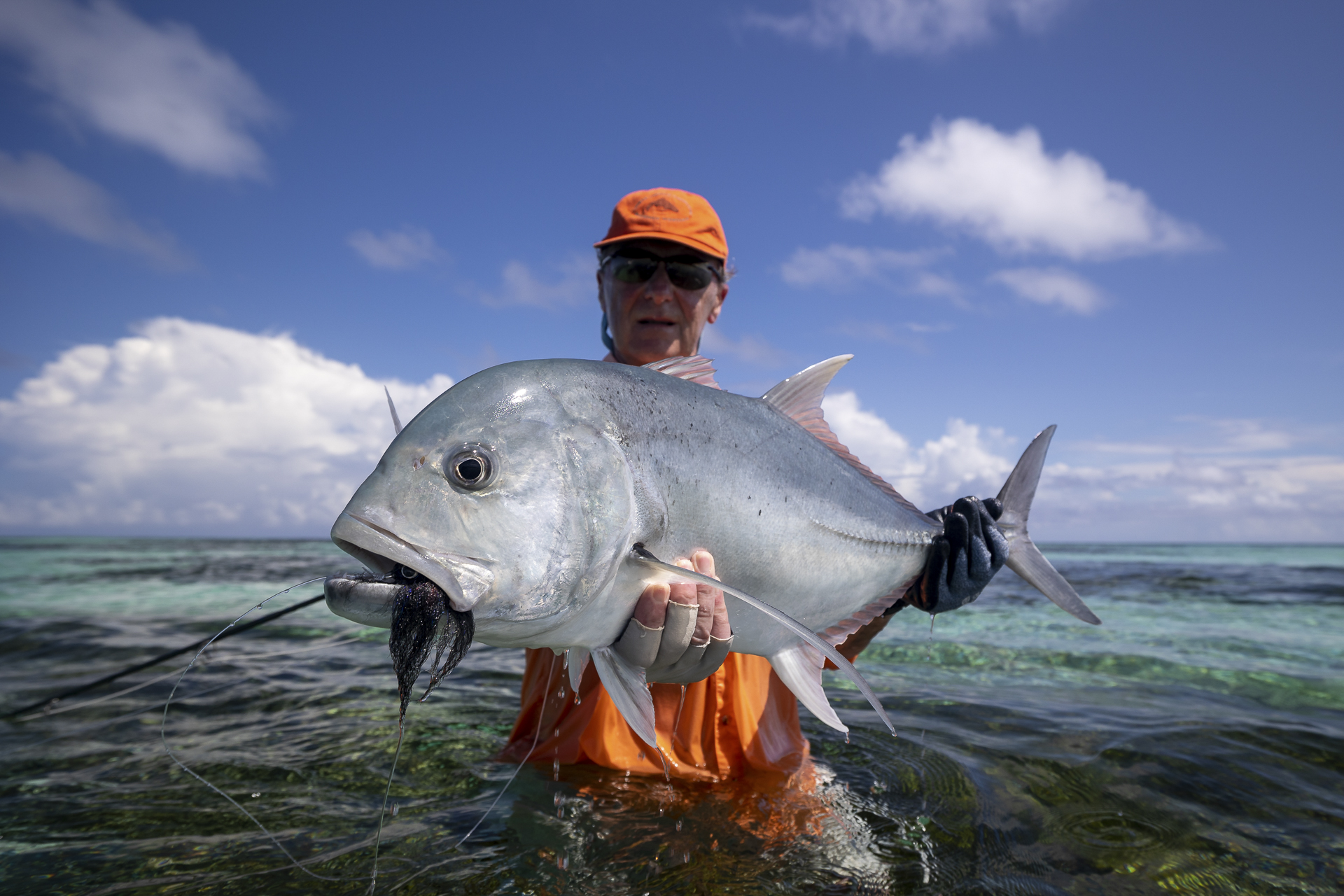 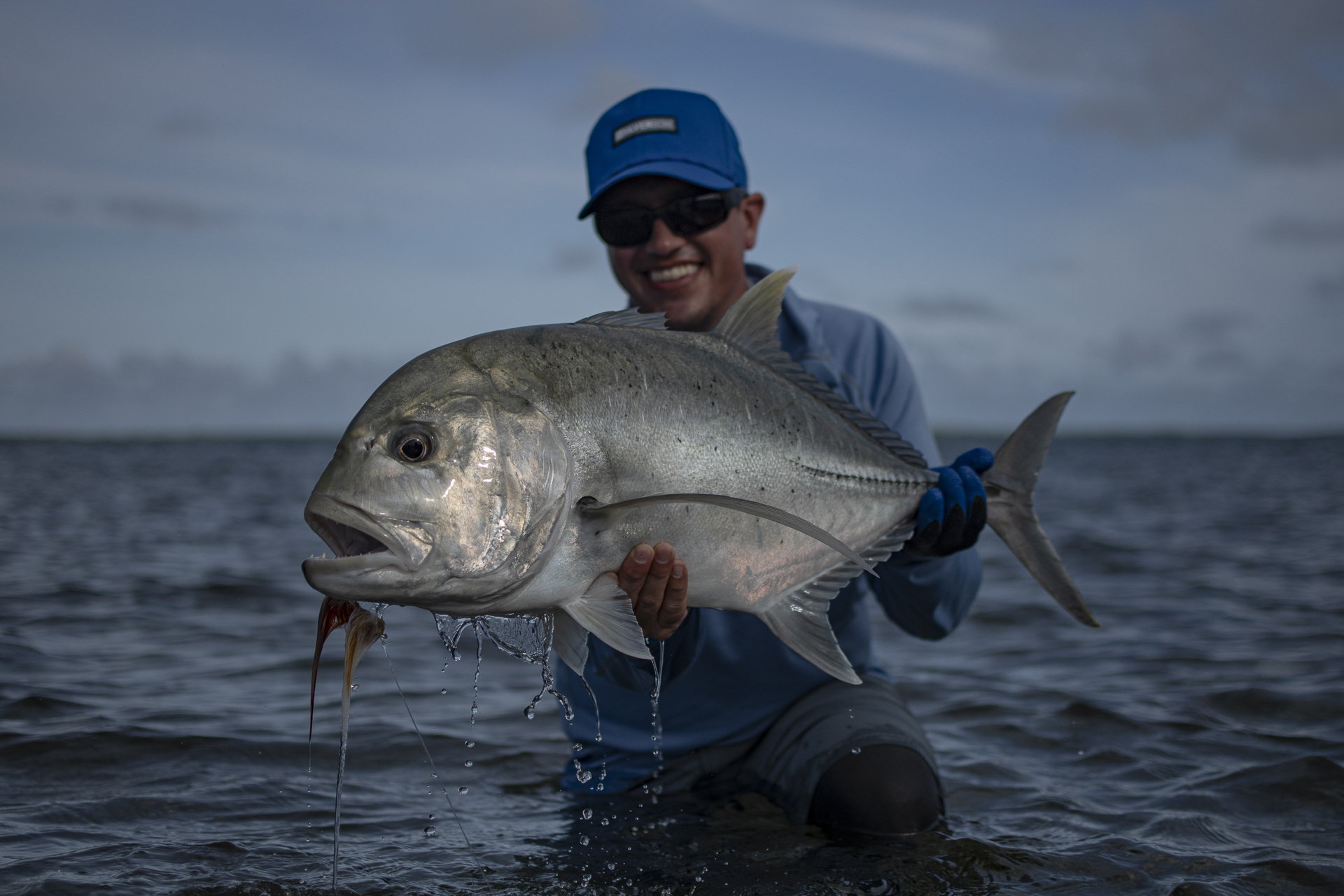 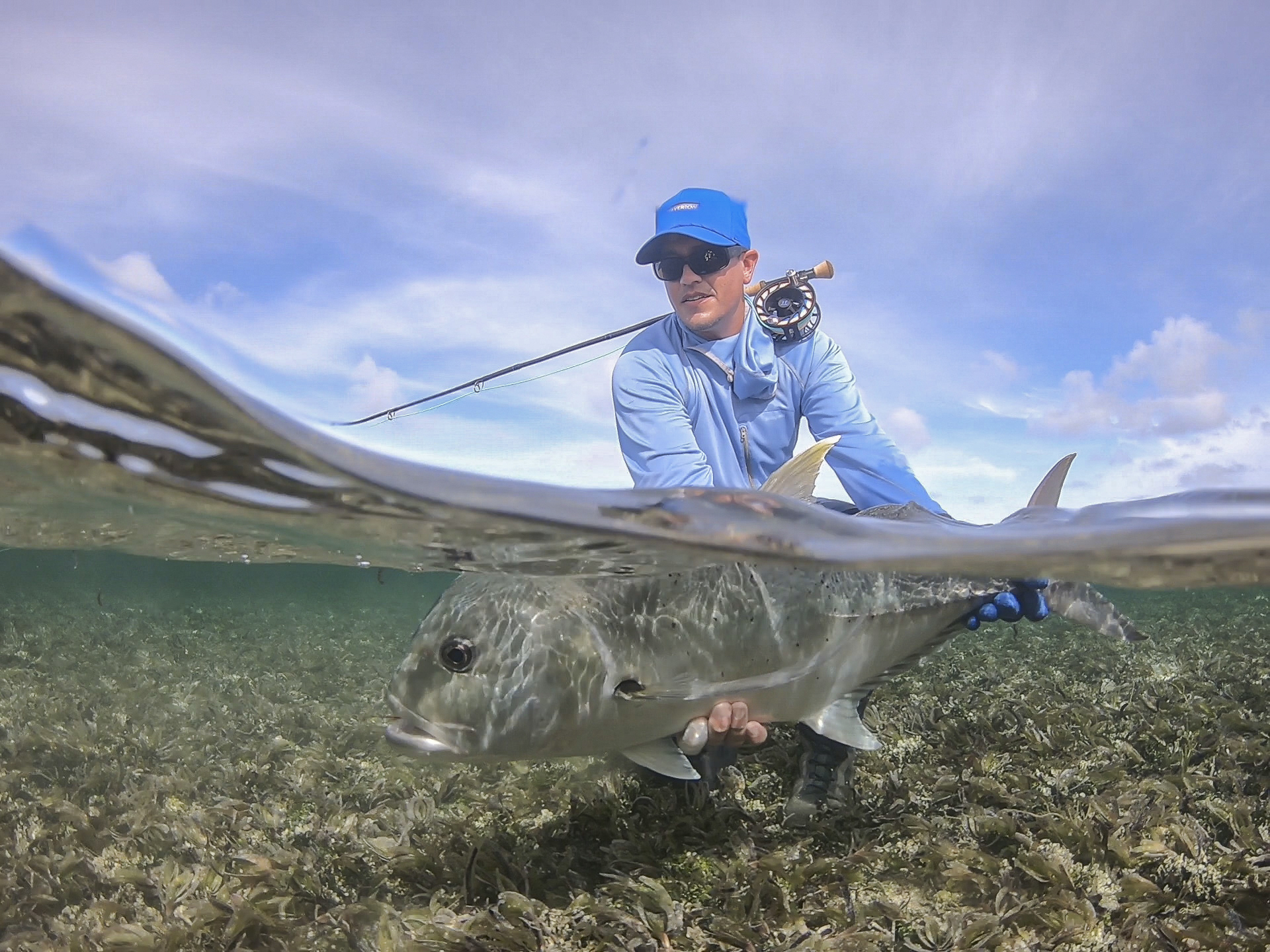 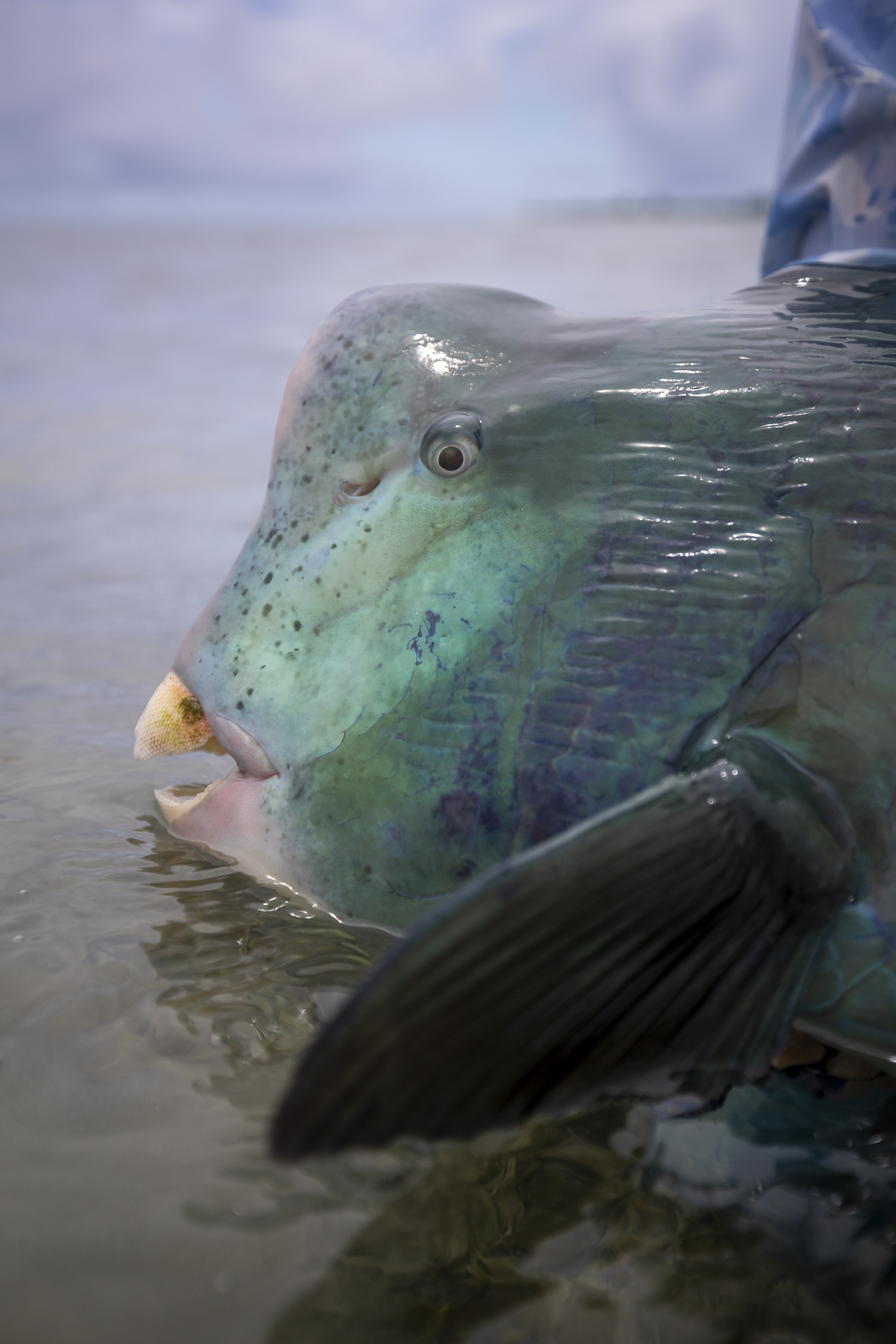 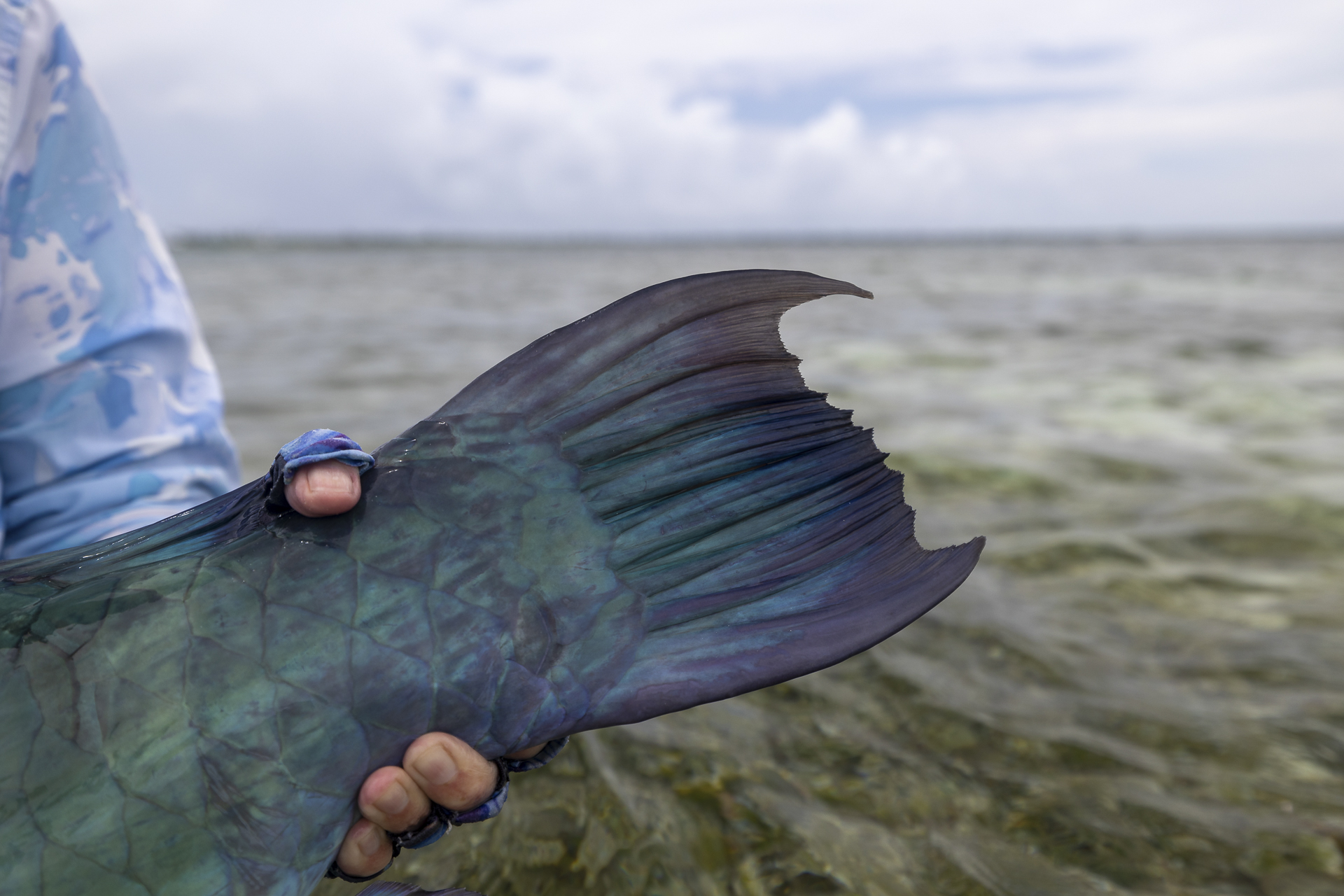 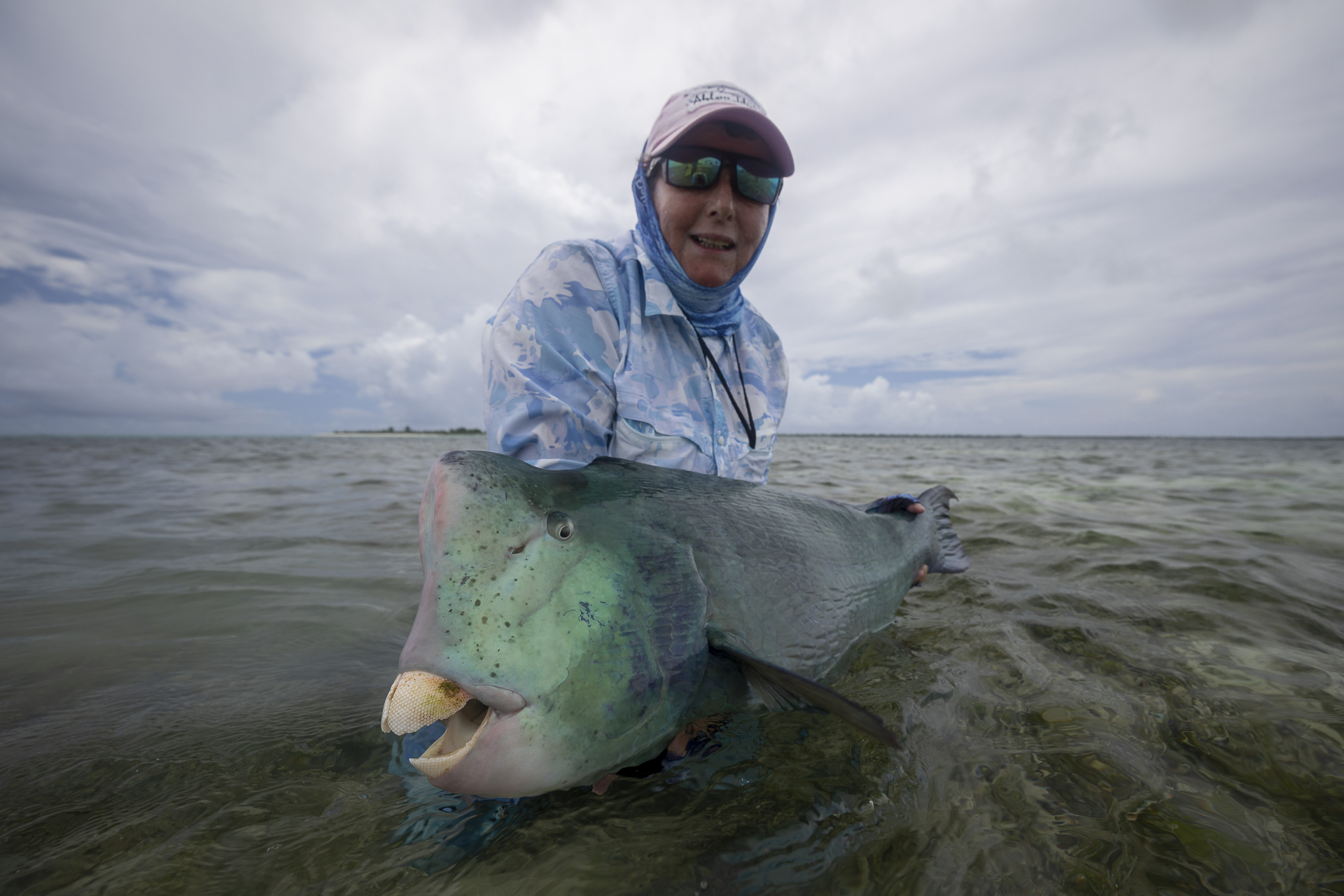 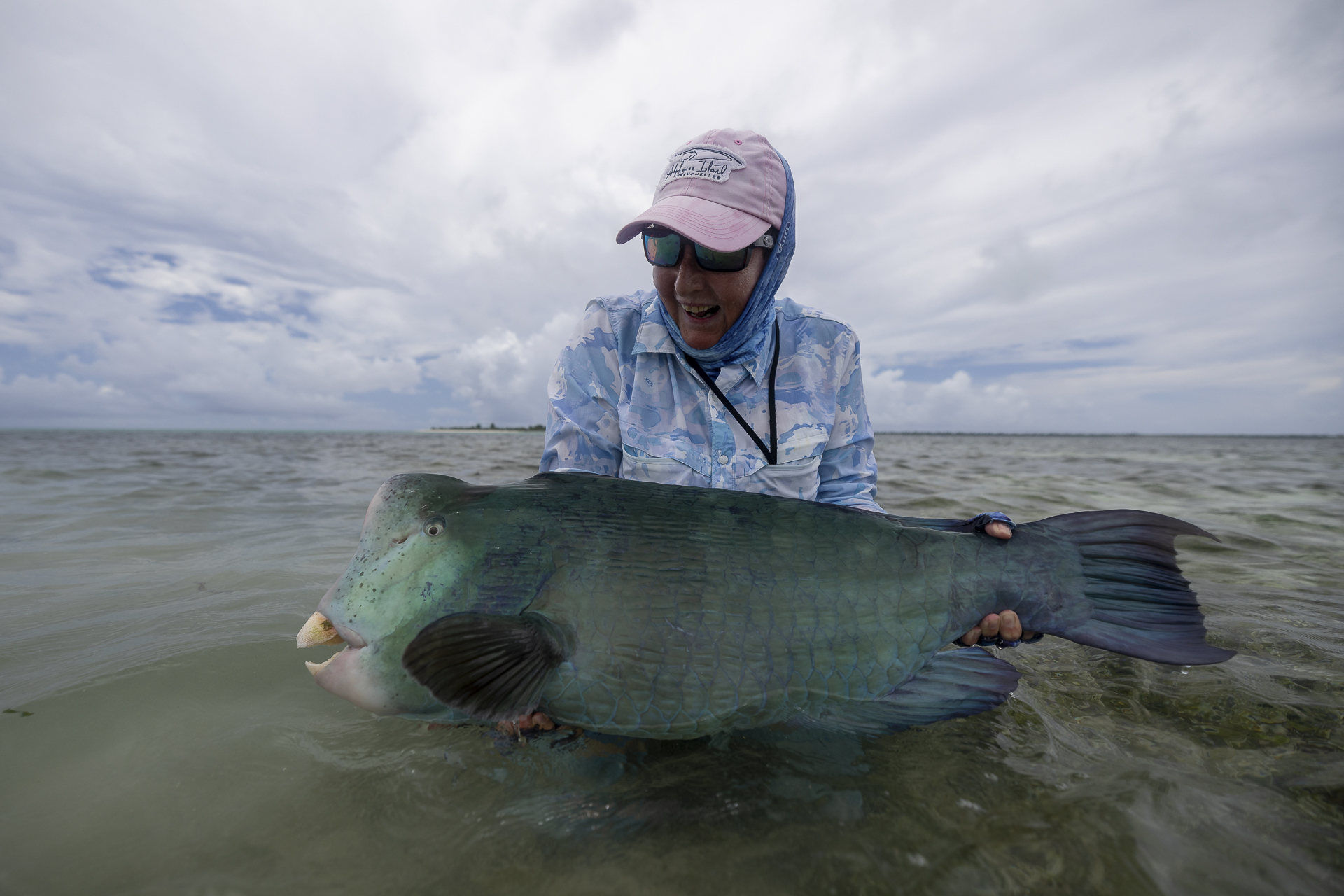 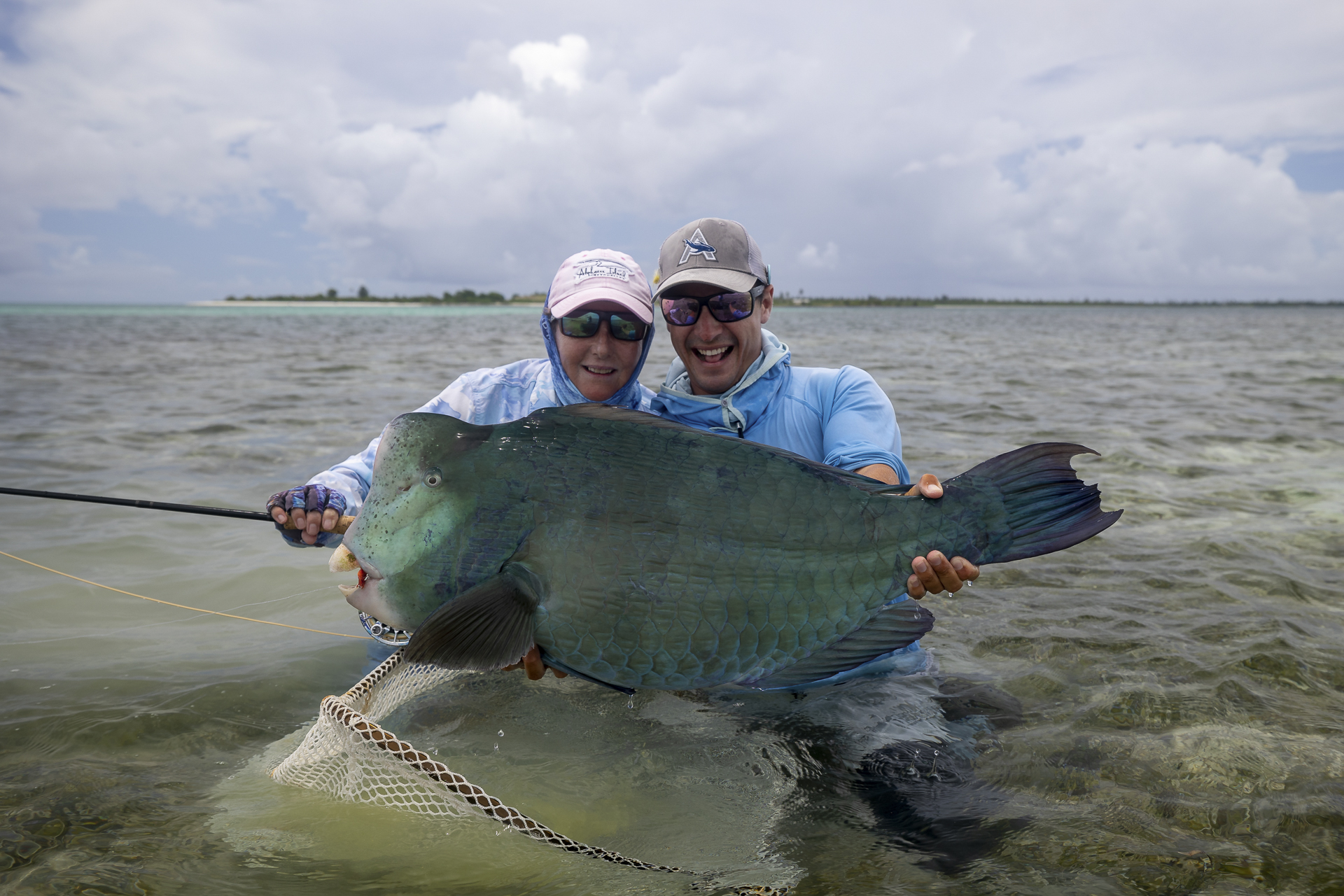 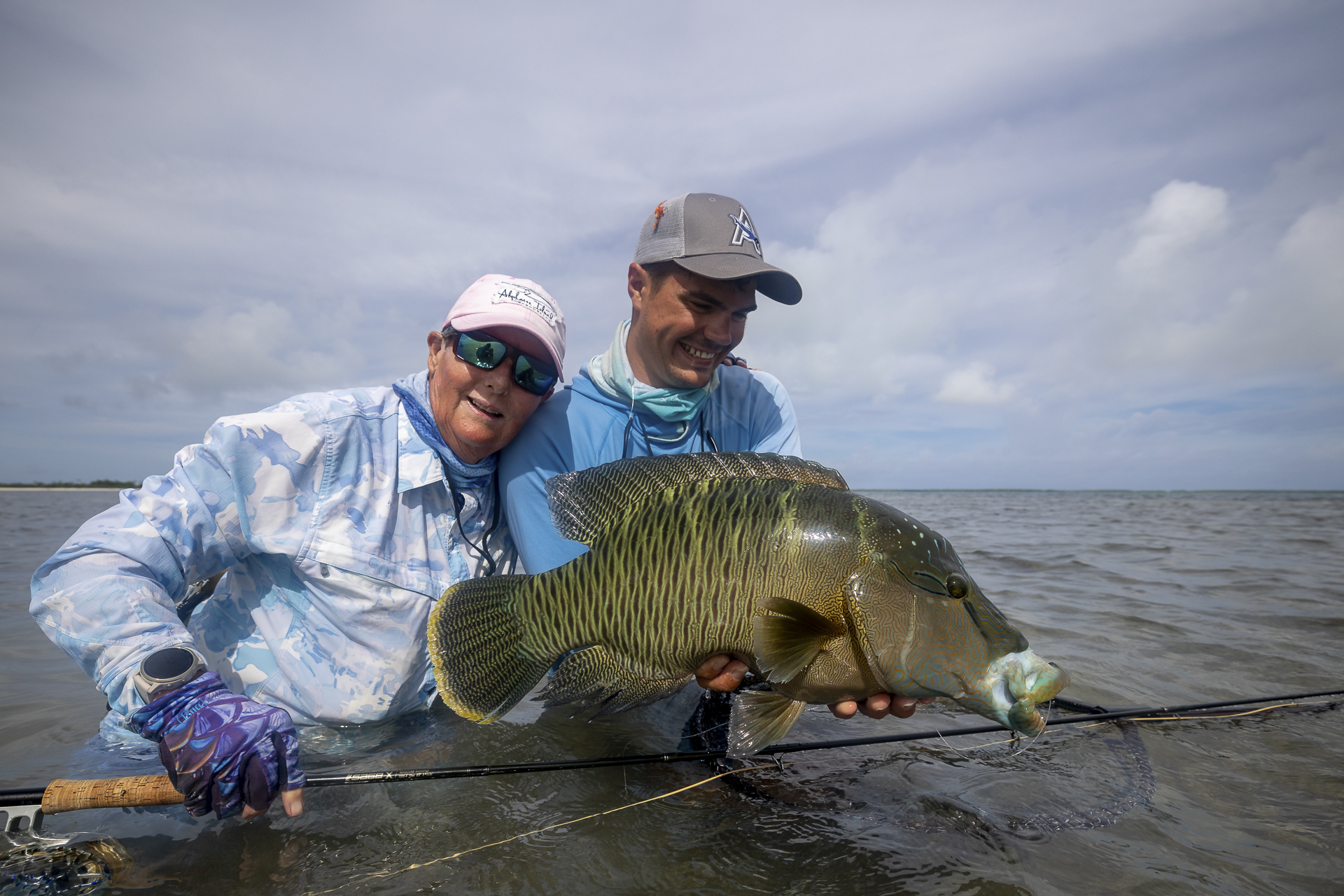 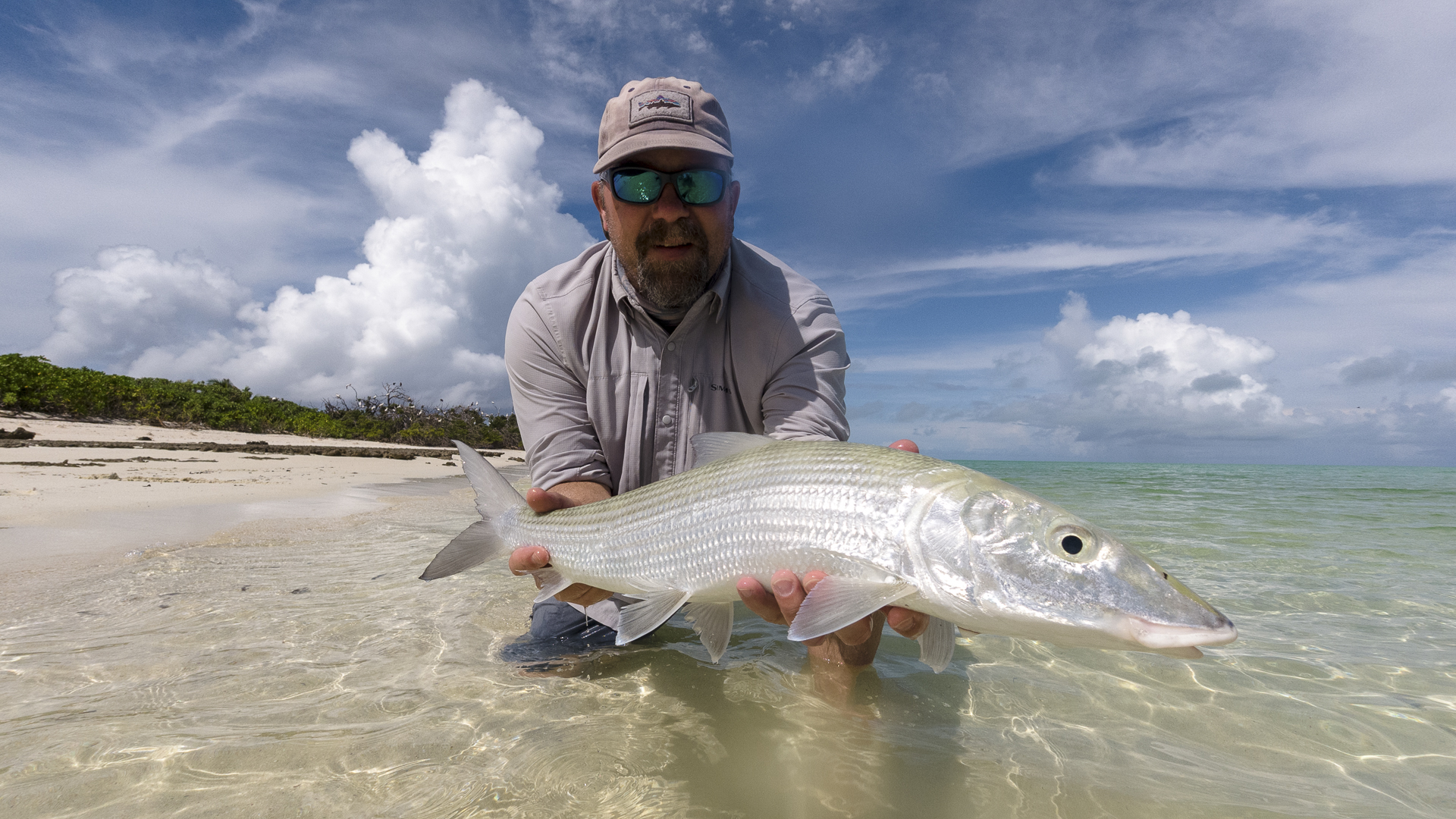 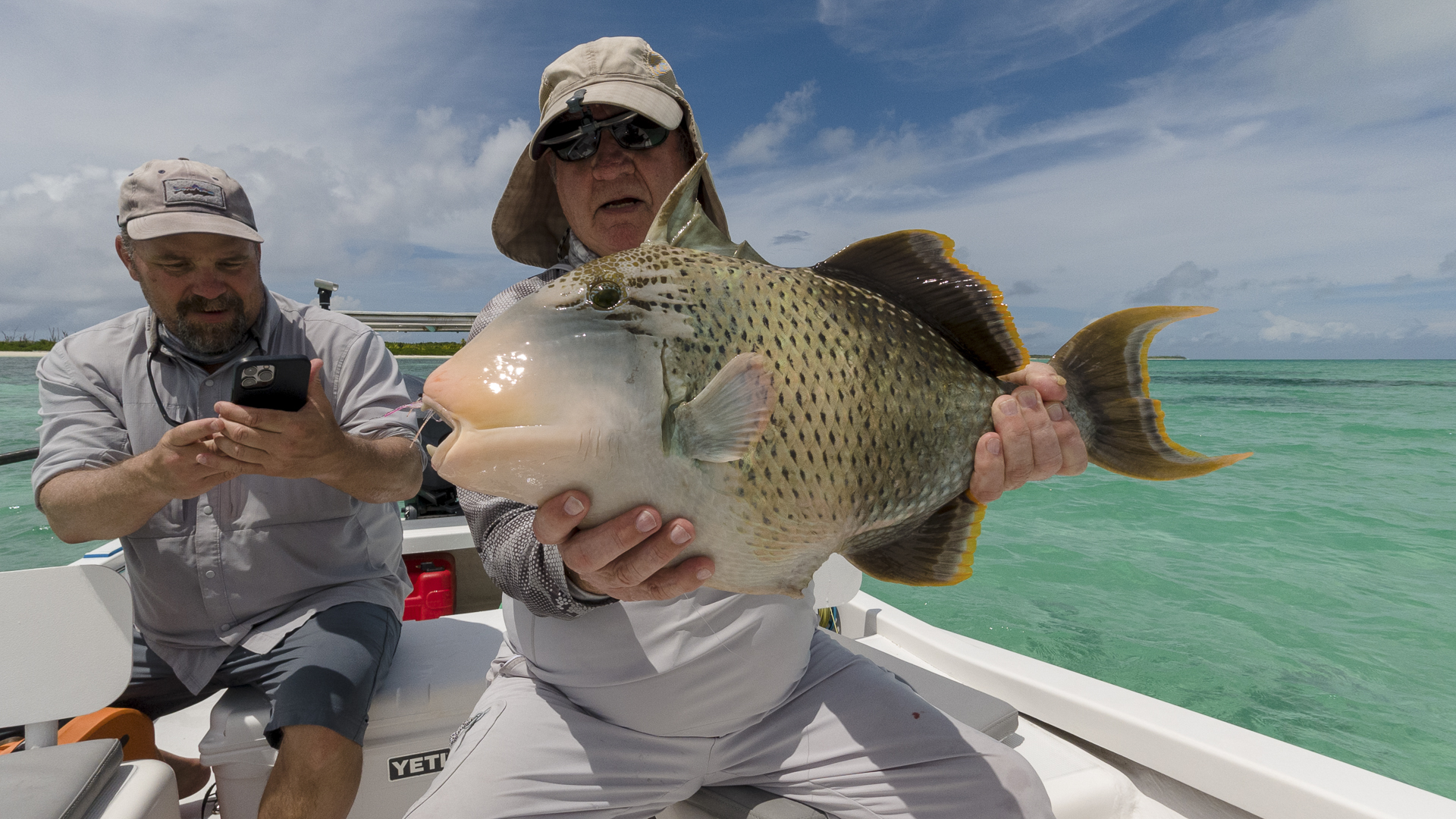