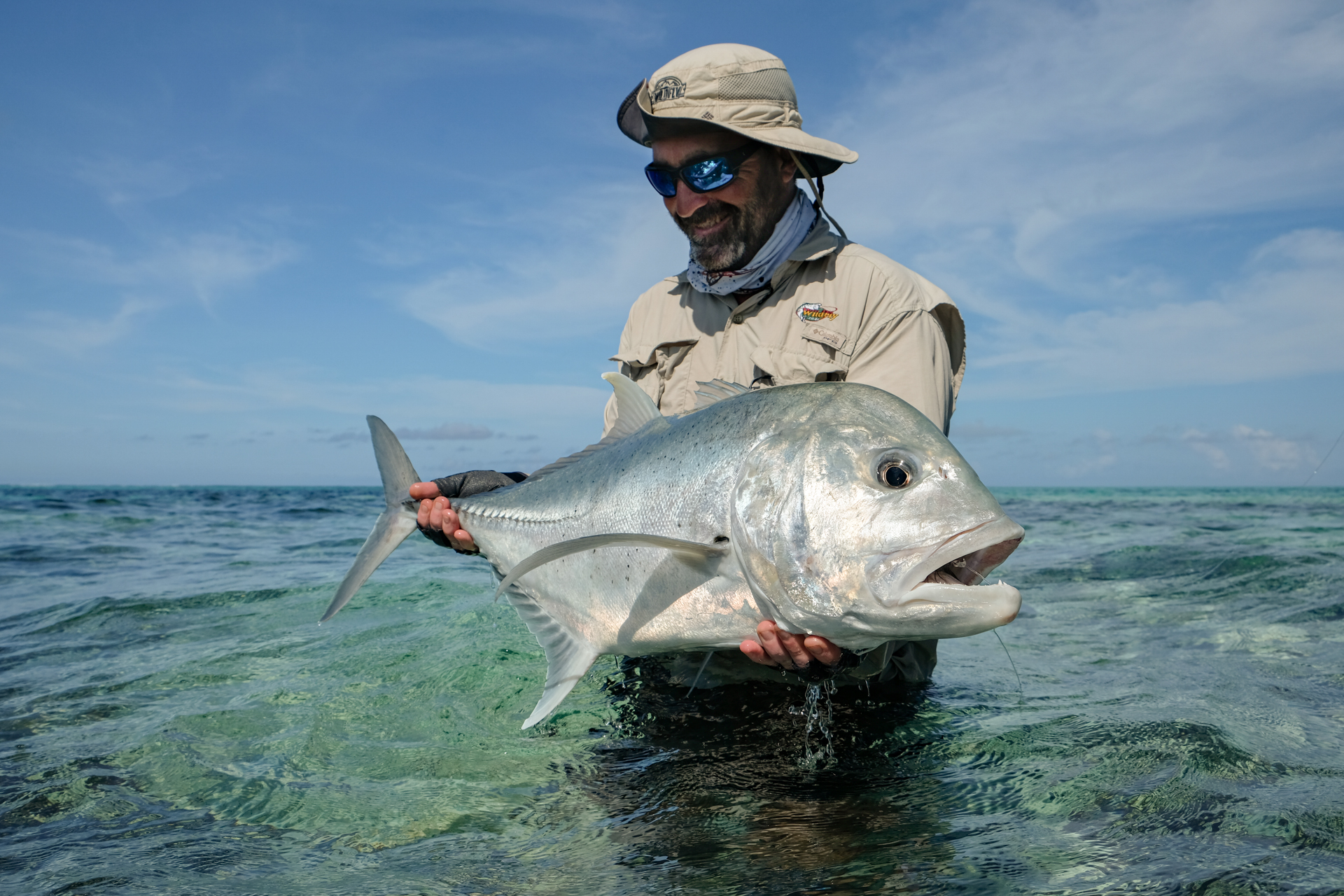 A week filled to the brim with all species: bumpies, triggers, bones and GTs. Seven guests joined us on Farquhar this week, with the weather playing its part for most of the week some fantastic catches were had throughout.

Charles Tyson had a great week as he landed three decent GTs as well as a good number of bonefish. Father and daughter team of Anthony and Sofia Mar also had a great time. It was Sofia’s first time saltwater flyfishing and she relished in every opportunity given to her. She ended up landing her first bonefish, GT and to end the week off with a fantastic bumphead parrotfish.

Anthony also racked up the bones and managed two moustache triggerfish. He too, landed a bumpy, making the two of them with the only bumpies for the week.

We had the film crew from Wild Fly join us this week, namely Gareth George and Grevin Price. Gareth had an incredible week with four GTs to his name. He also managed a Flats Slam comprising of a moustache trigger, bonefish and GT in one day. Grevin also managed the same Slam on the same day. Sadly, they both lost all their bumpies that they hooked into throughout the week. Grevin again unfortunately came unbuttoned to a milkfish on the last day.

Despite the southeasterly wind picking up towards the end of the week, overall, it was a fun filled time with many good stories around the dinner table. 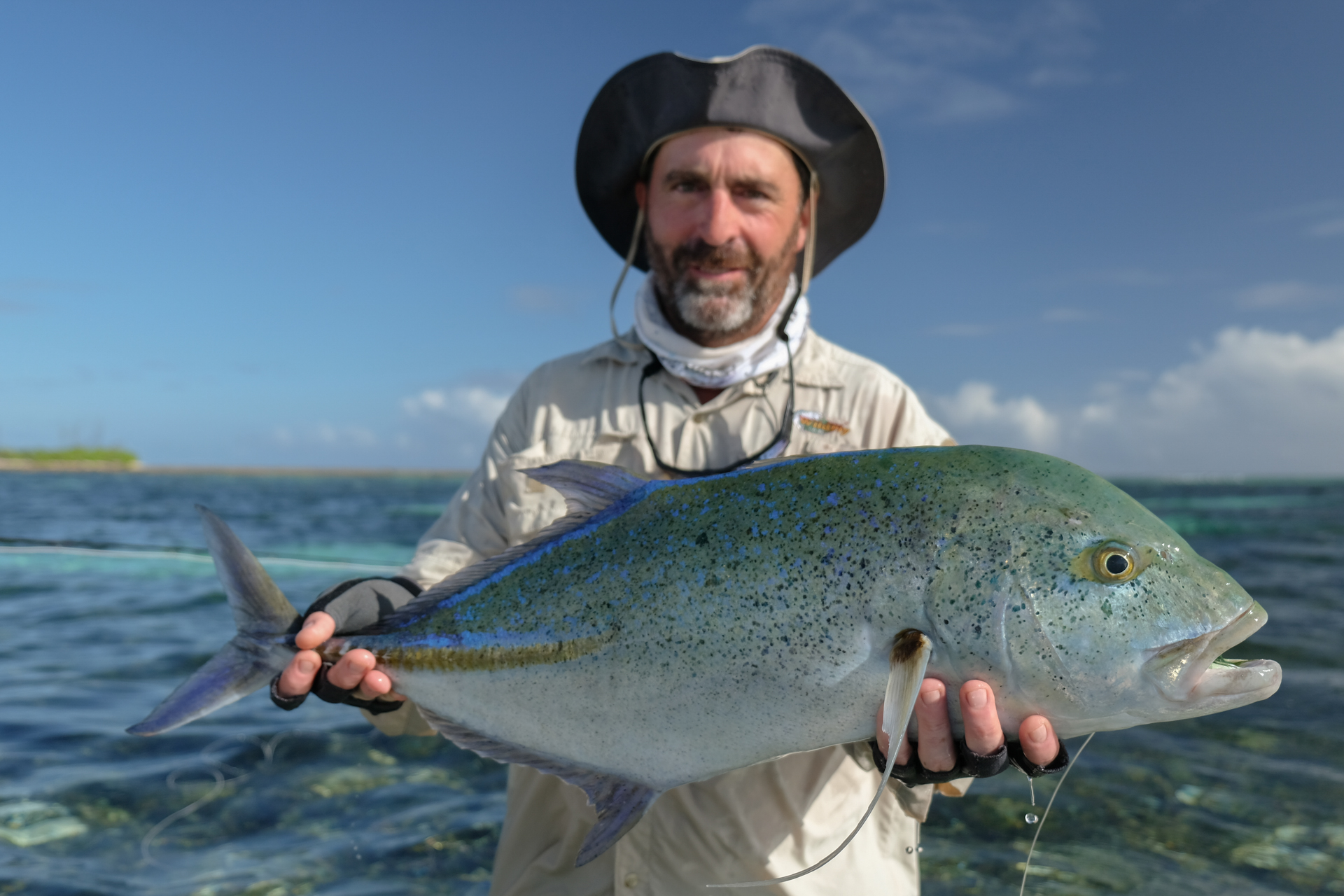 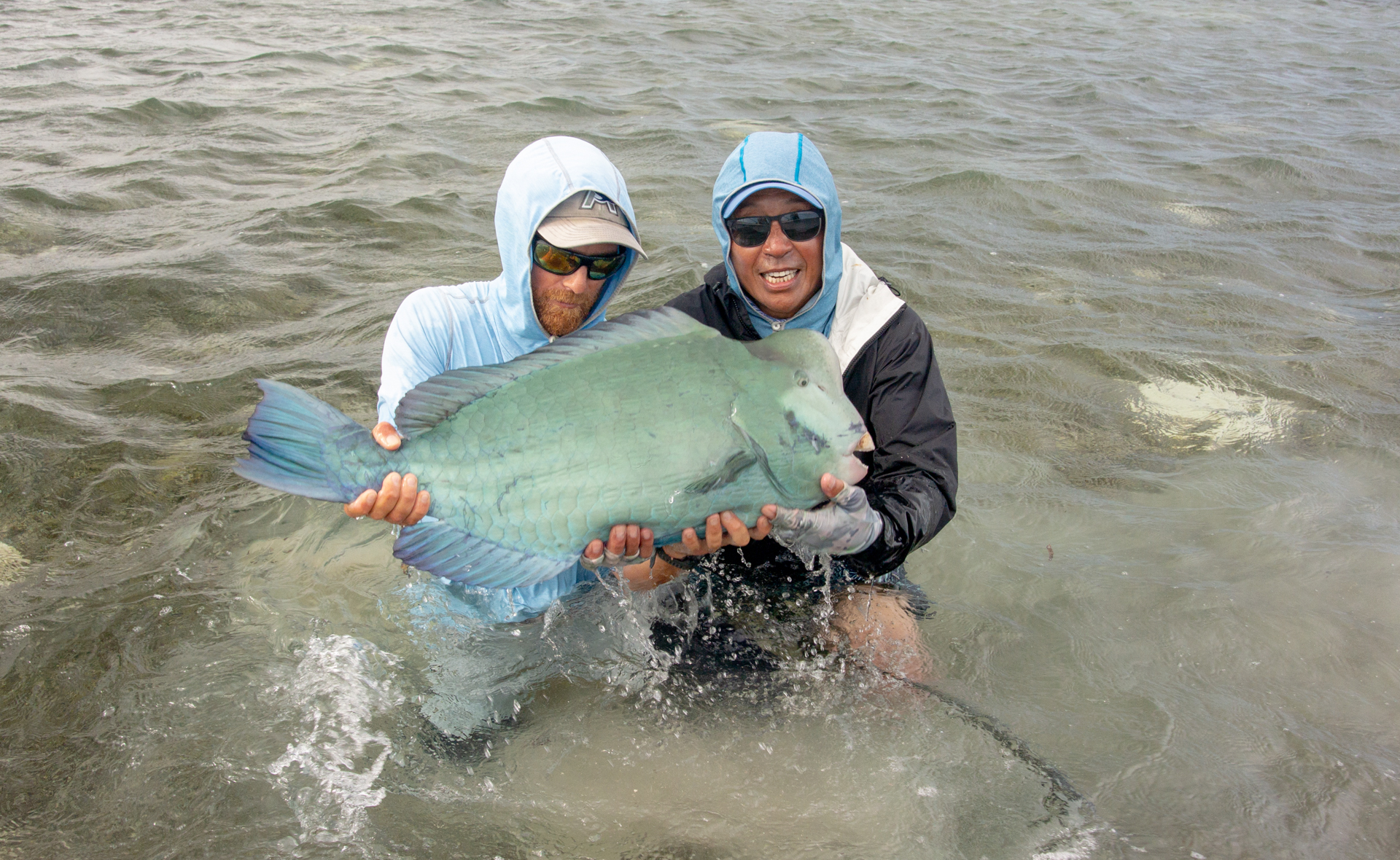 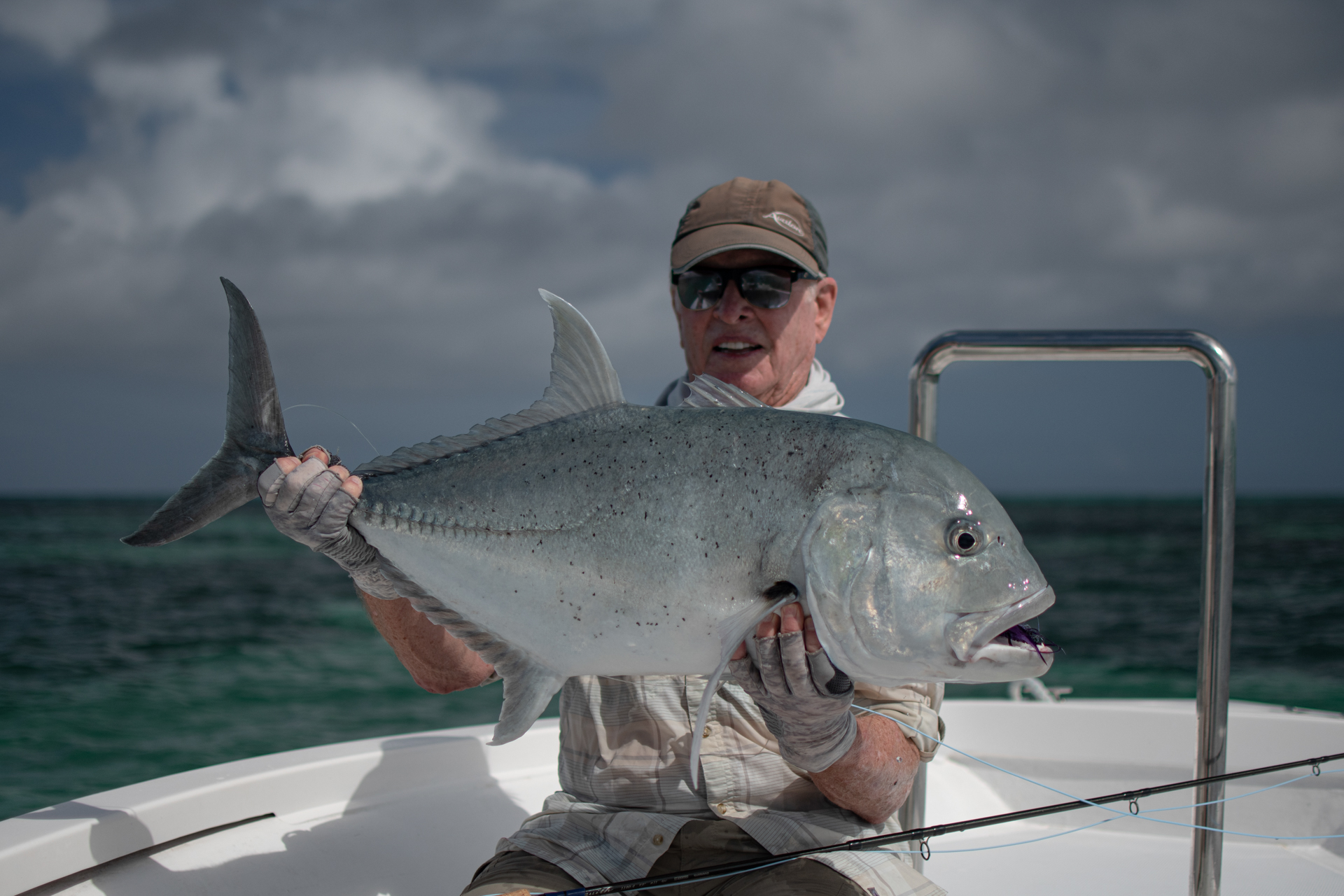 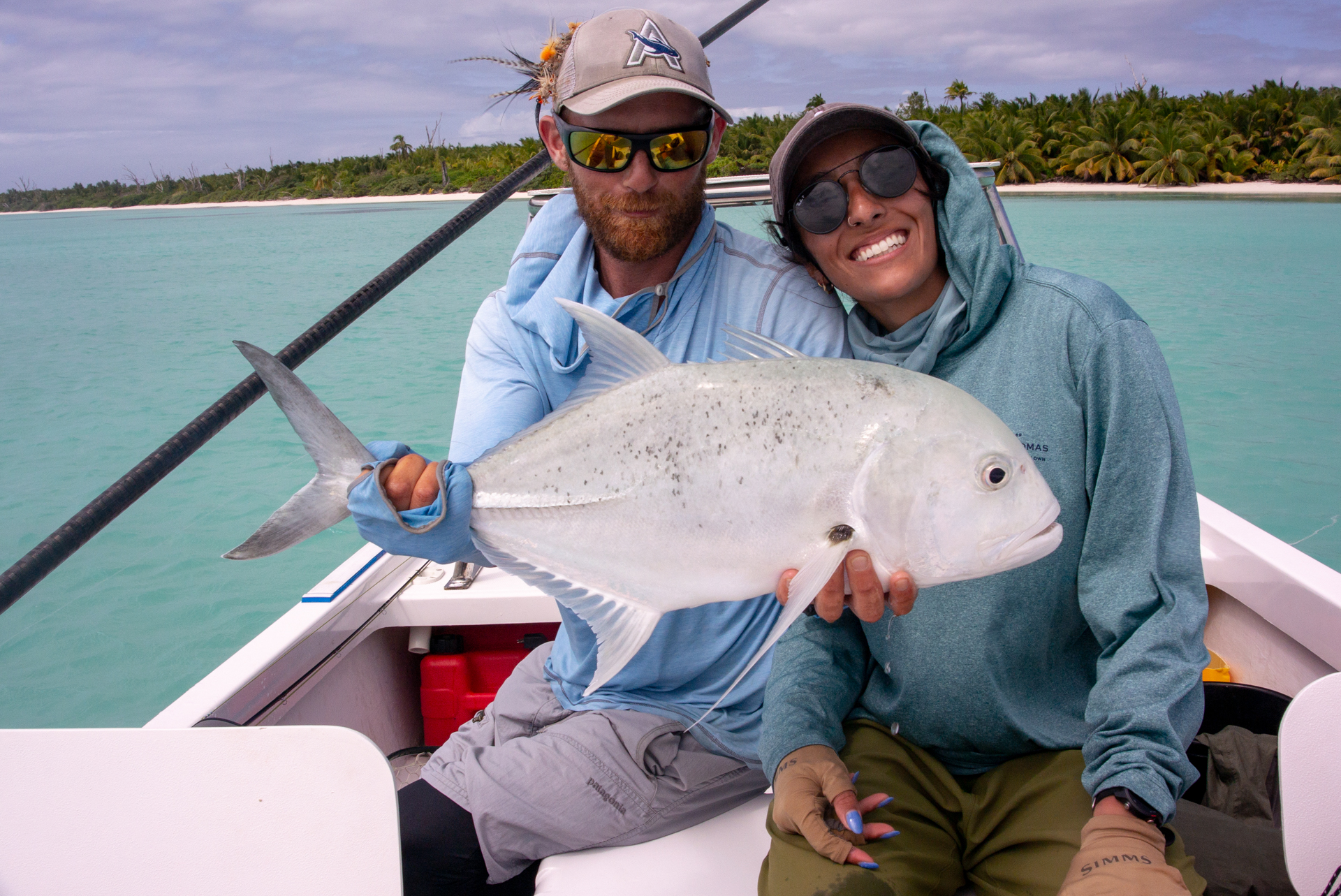 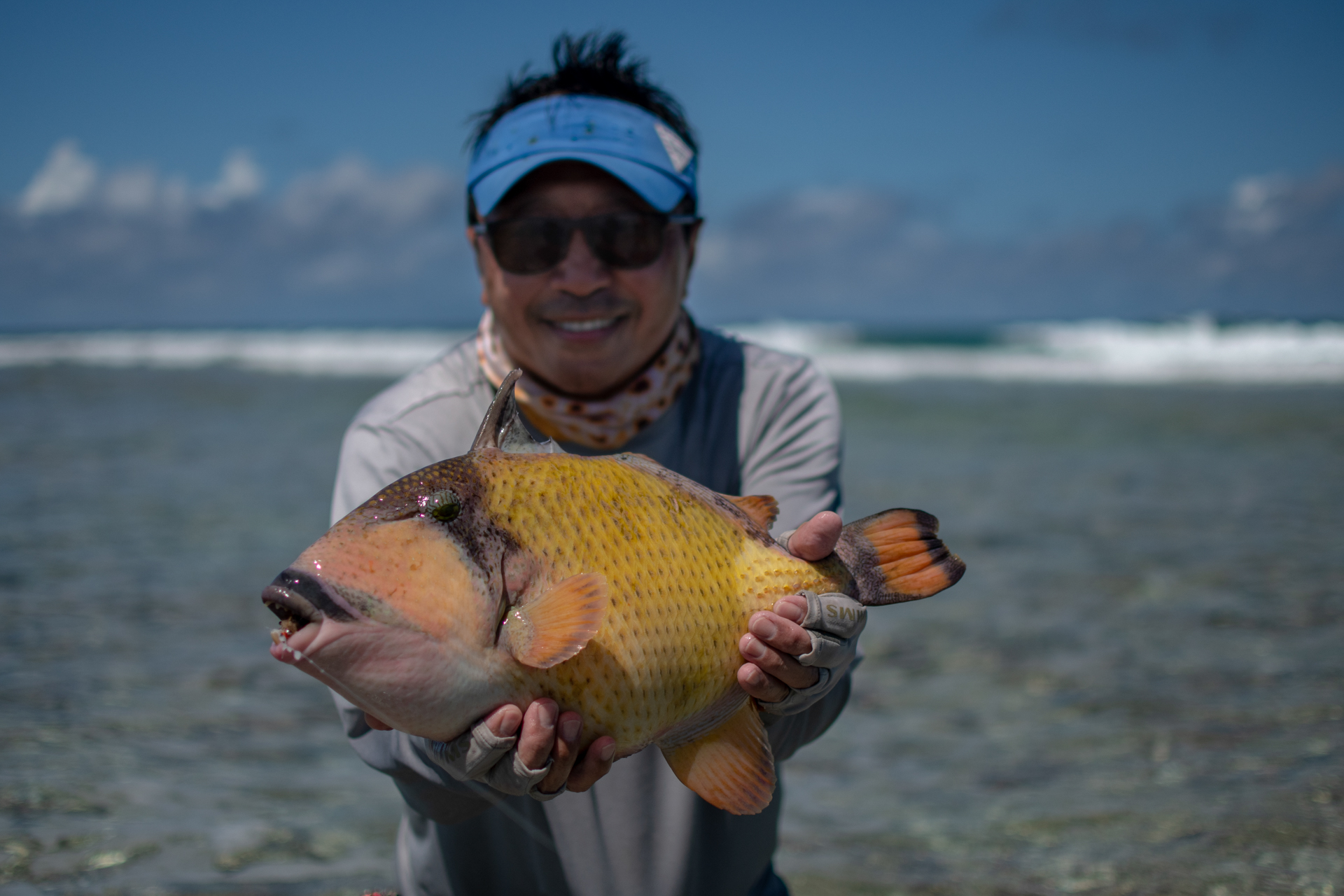 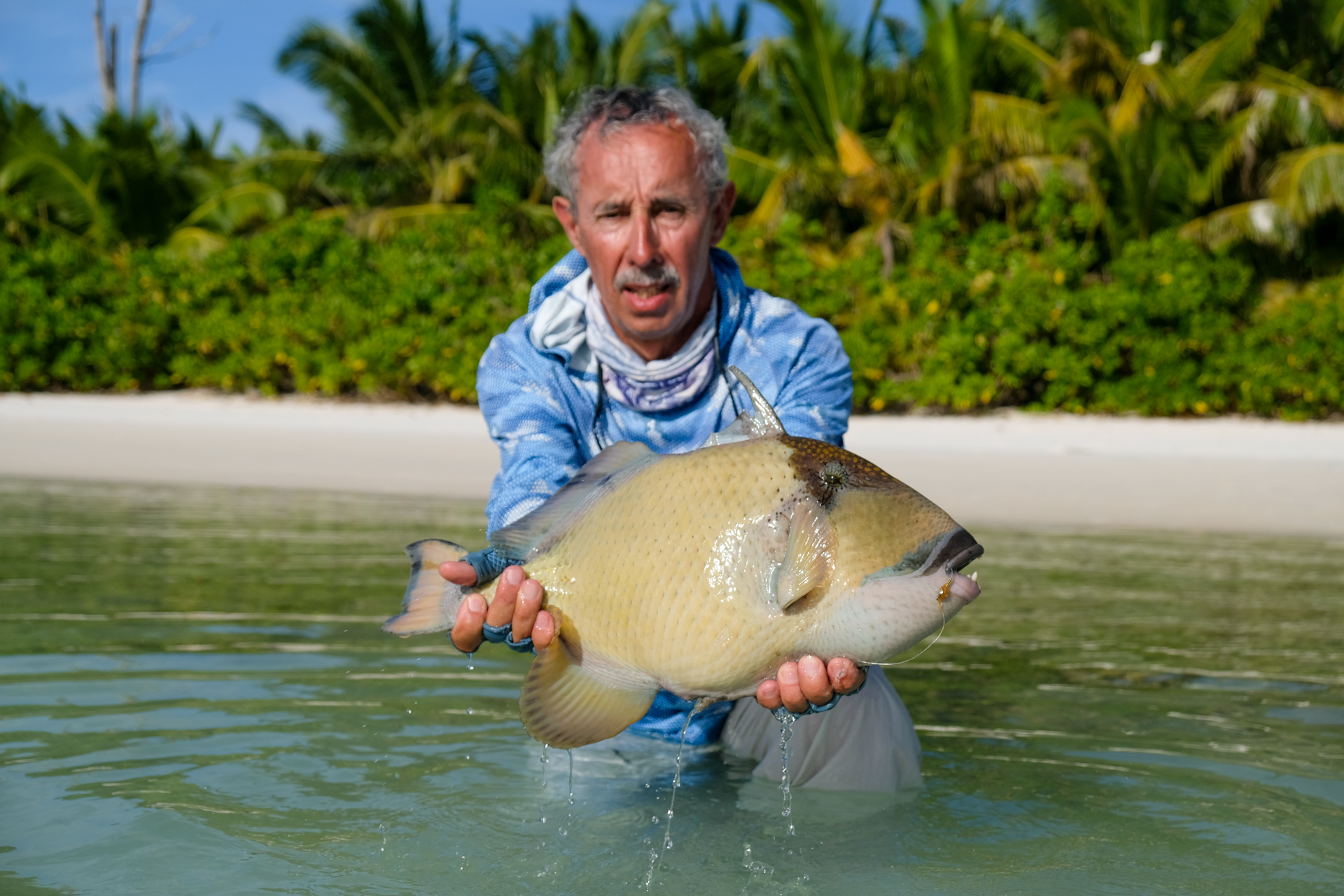 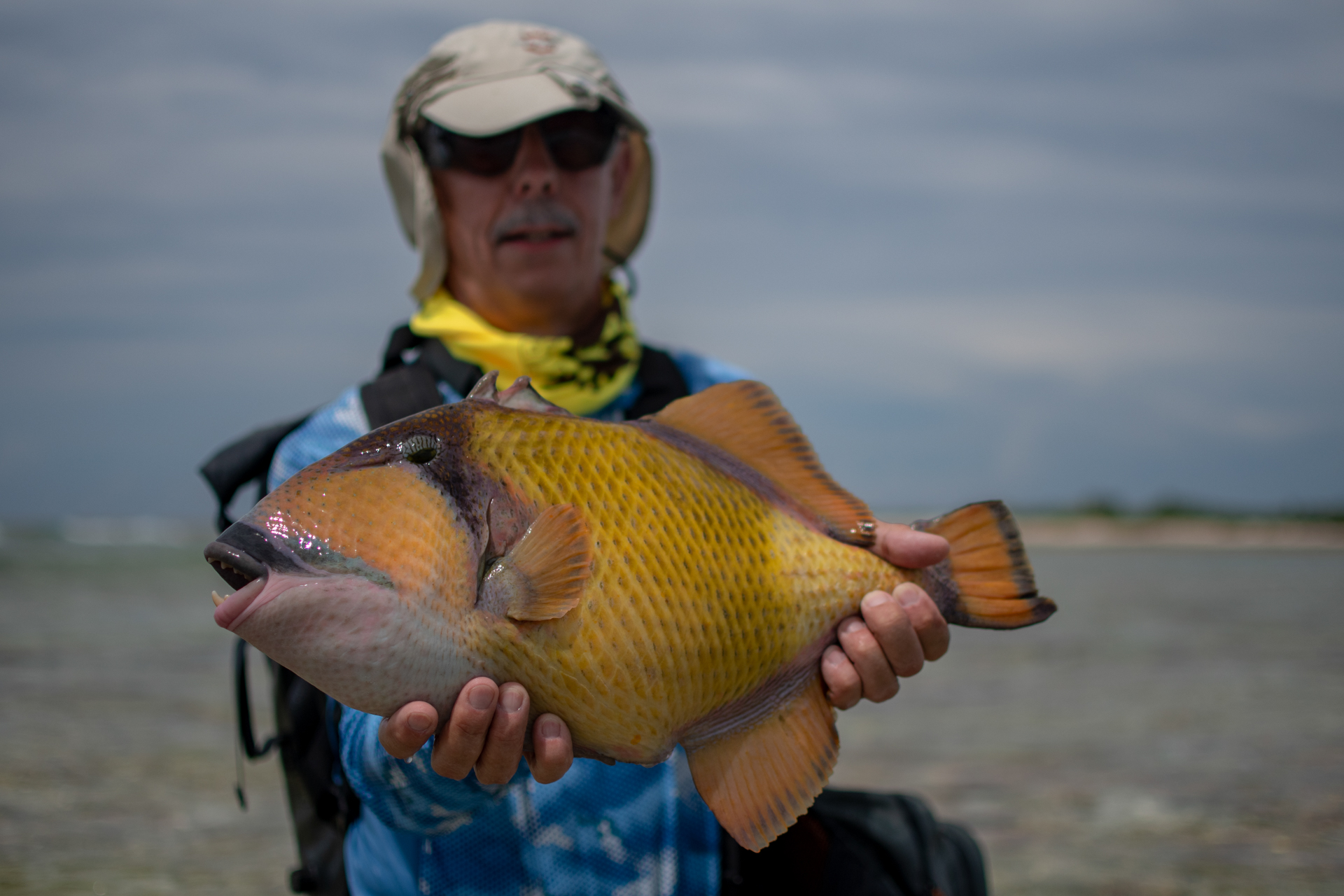