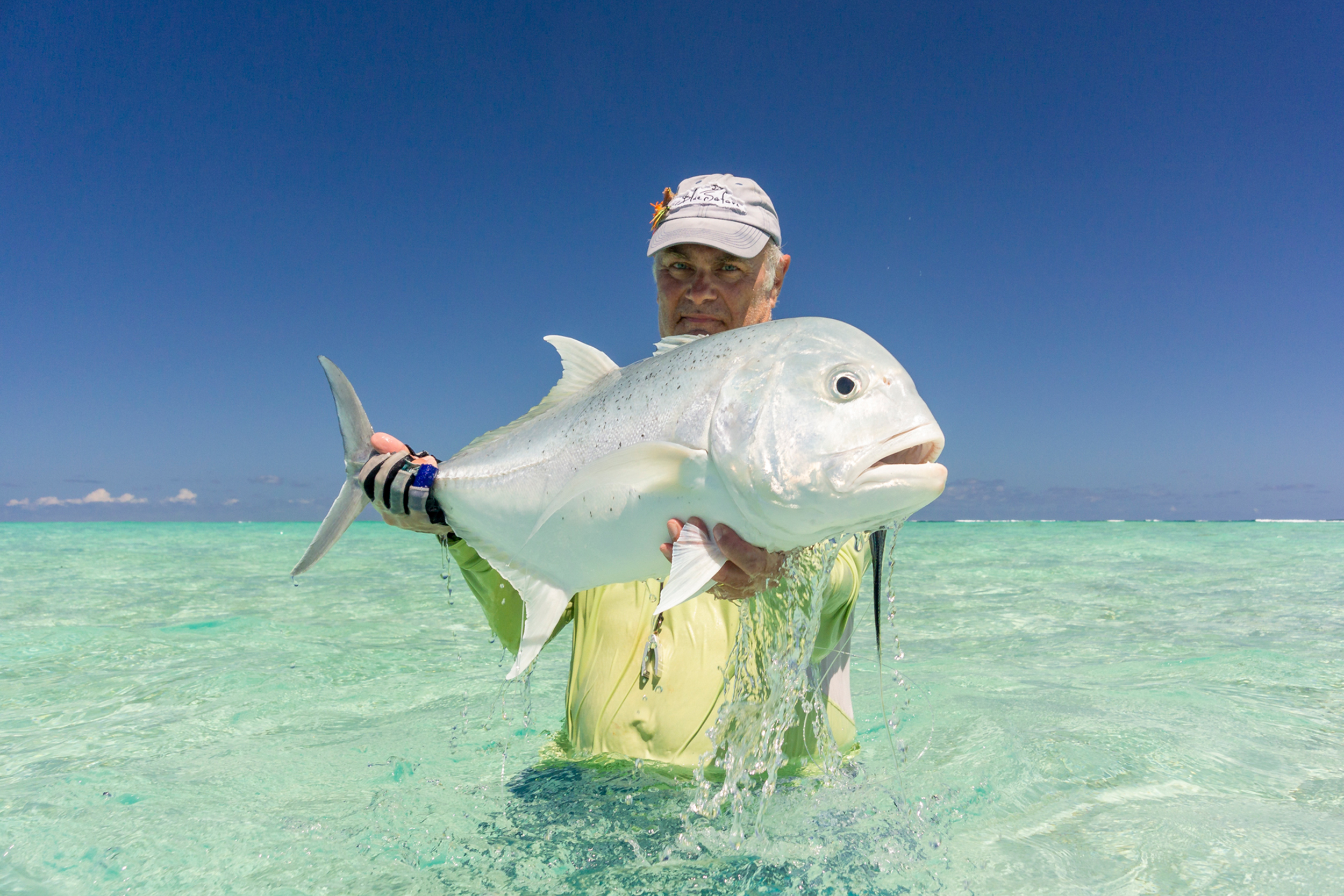 Week two on Farquhar saw the wind dropping considerably! Meaning we were able to venture out to enjoy the Atoll to its fullest. The majority of the guests were GT focused, this was evident in the final tally for the week reaching a very impressive 75 GTs. However, there were some other incredible catches throughout the week.

A long-standing friend and guest Stanislav Gorbunov, along with a newcomer to the flats Stanislav Egorov had a great week wrapping up several GTs and bonefish along the way, sadly Stanislov Egorov lost three bumphead parrotfish on the last day. On his debut fly fishing the flats, Stanislov Gorbunov landed his first-ever GT and bonefish.

Aaron Banks and Ladd Nolin had an outstanding week managing to land a bumphead parrotfish on the first day. With that box ticked they focus on wrapping up the GT numbers and ended their week on a high with an impressive 15 GTs boated on the last day with Ladd also managing a 63 cm bonefish to go with it.

Laurent Dobler and Tim Lewis consistently added to the GT tally with some great catches. Laurent managed to land himself a fish of a lifetime, a 119 cm GT. The way that fish ate the fly will forever be tattooed in the minds of everyone on the skiff. Tim had a solid week with a good number of GTs as well as landing the forever welcomed Napoleon wrasse. He sadly lost his bumpy as it bit clean through the hook close to the net.

Mike Harris and Joe Pehanick shot the lights out this week with the most GTs in the week. Joe managed to land an impressive 111 cm GT together with a great Napoleon wrasse.

James Henchey and William Harris were very focused on GTs and their dedication paid off with James managing to land a great 105 cm and the biggest of the season to date a monstrous 120 cm GT. 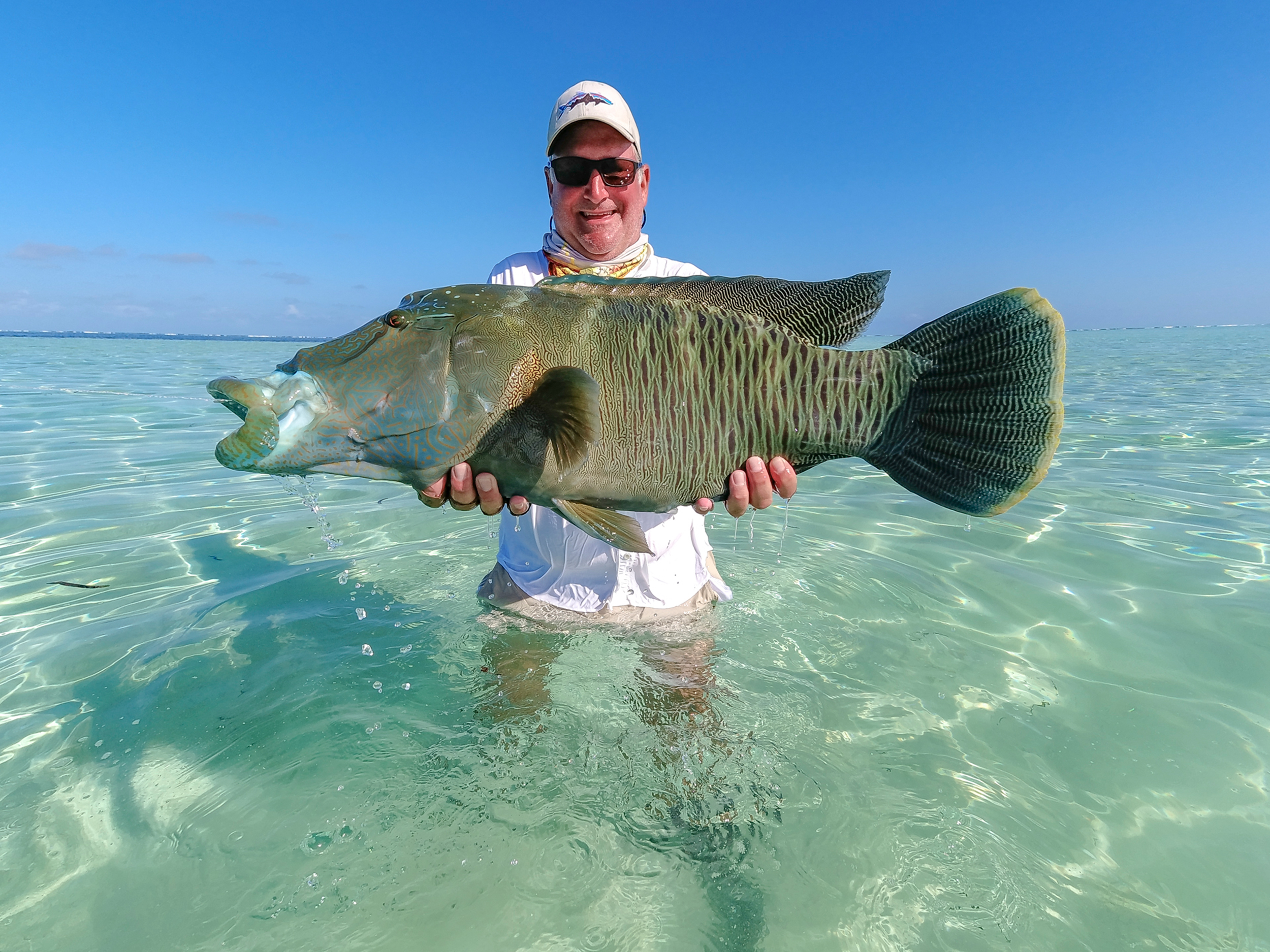 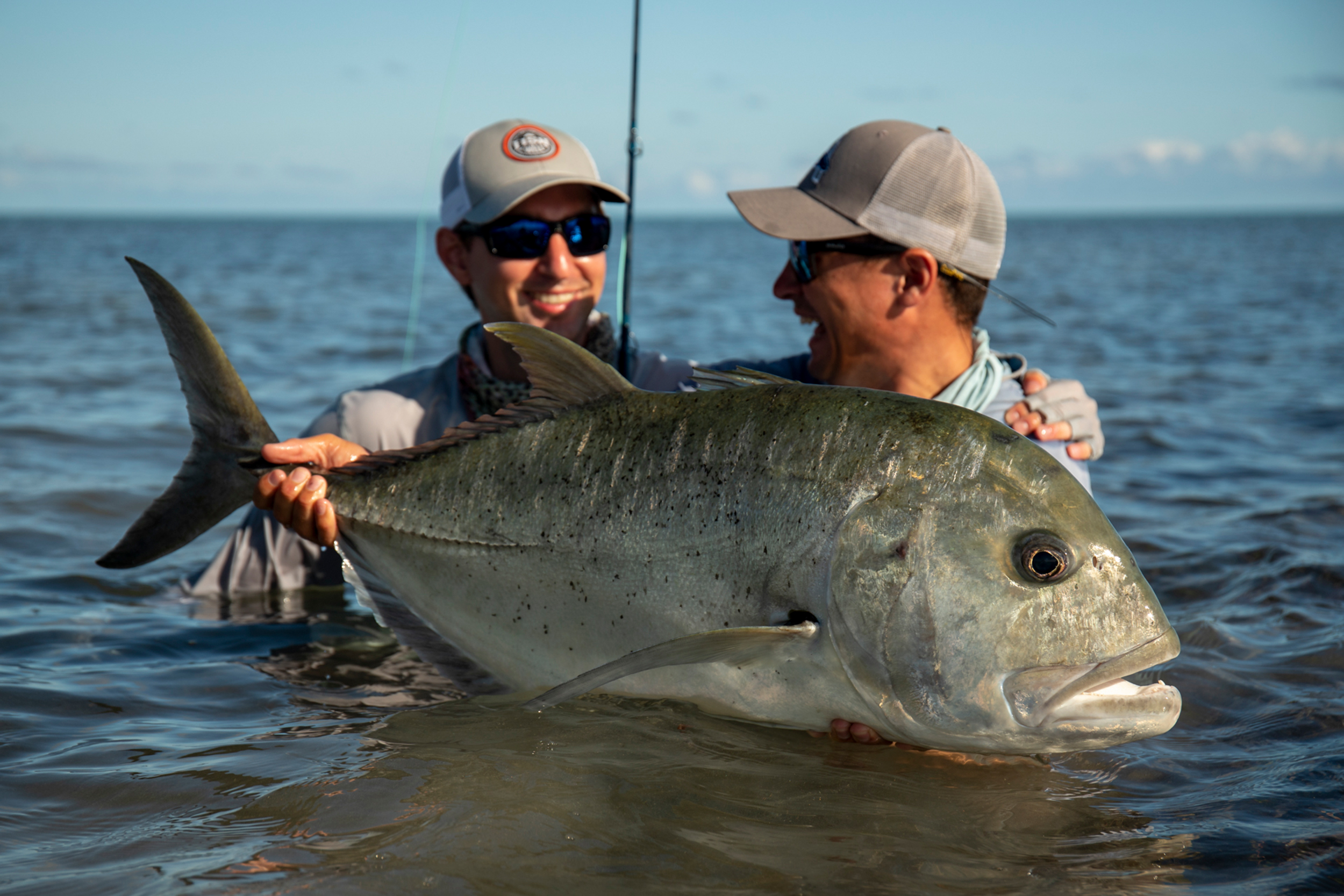 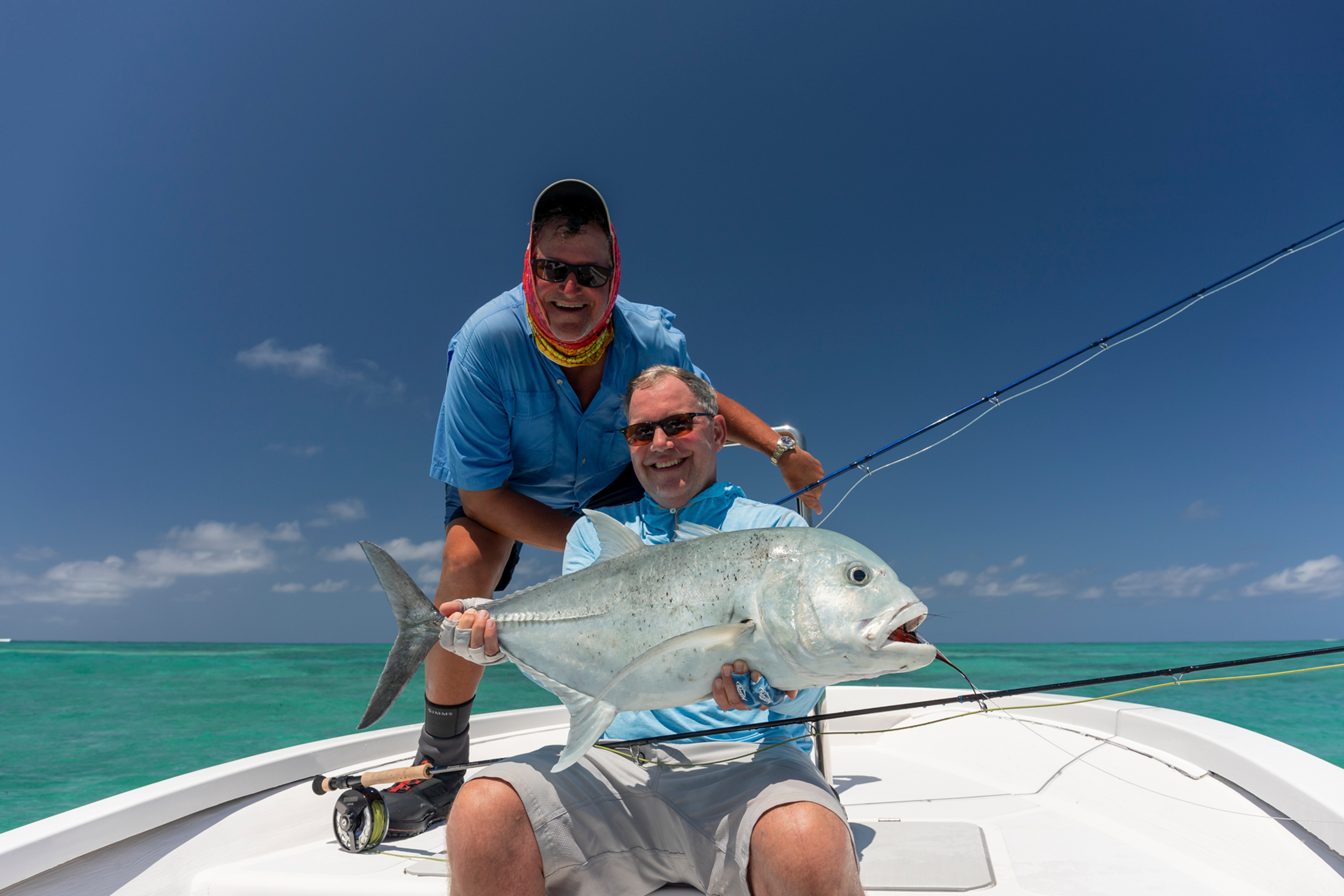 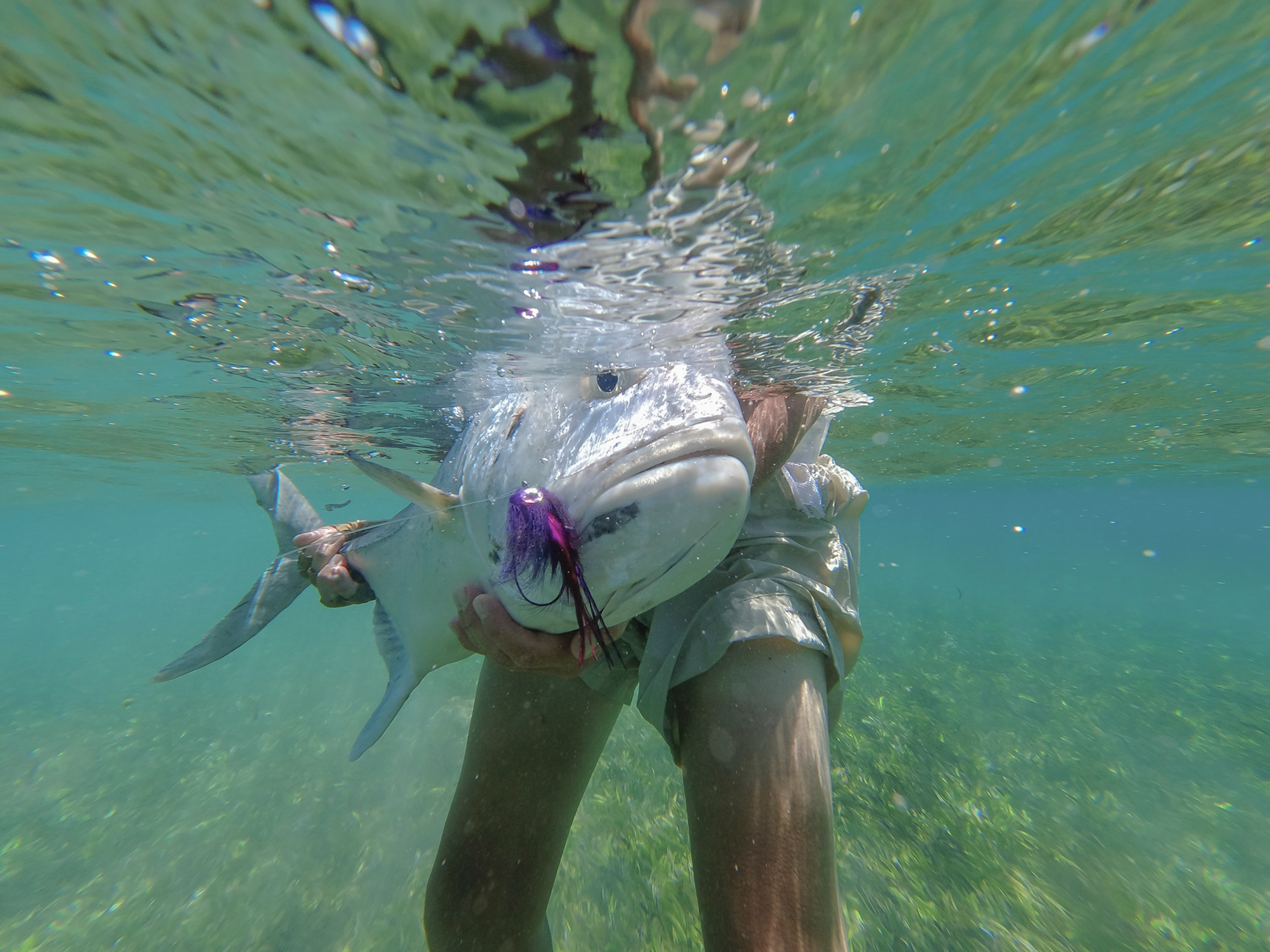 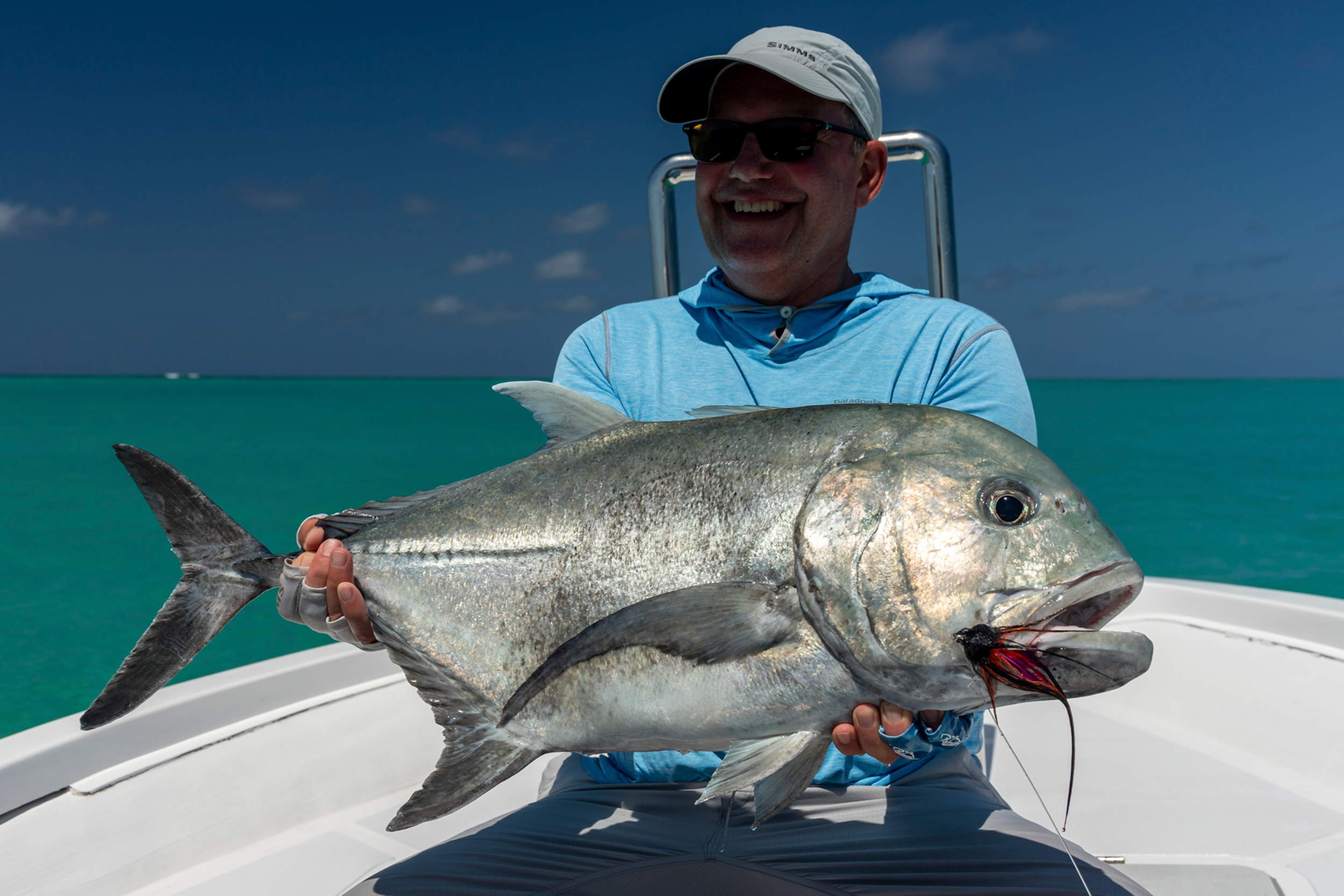 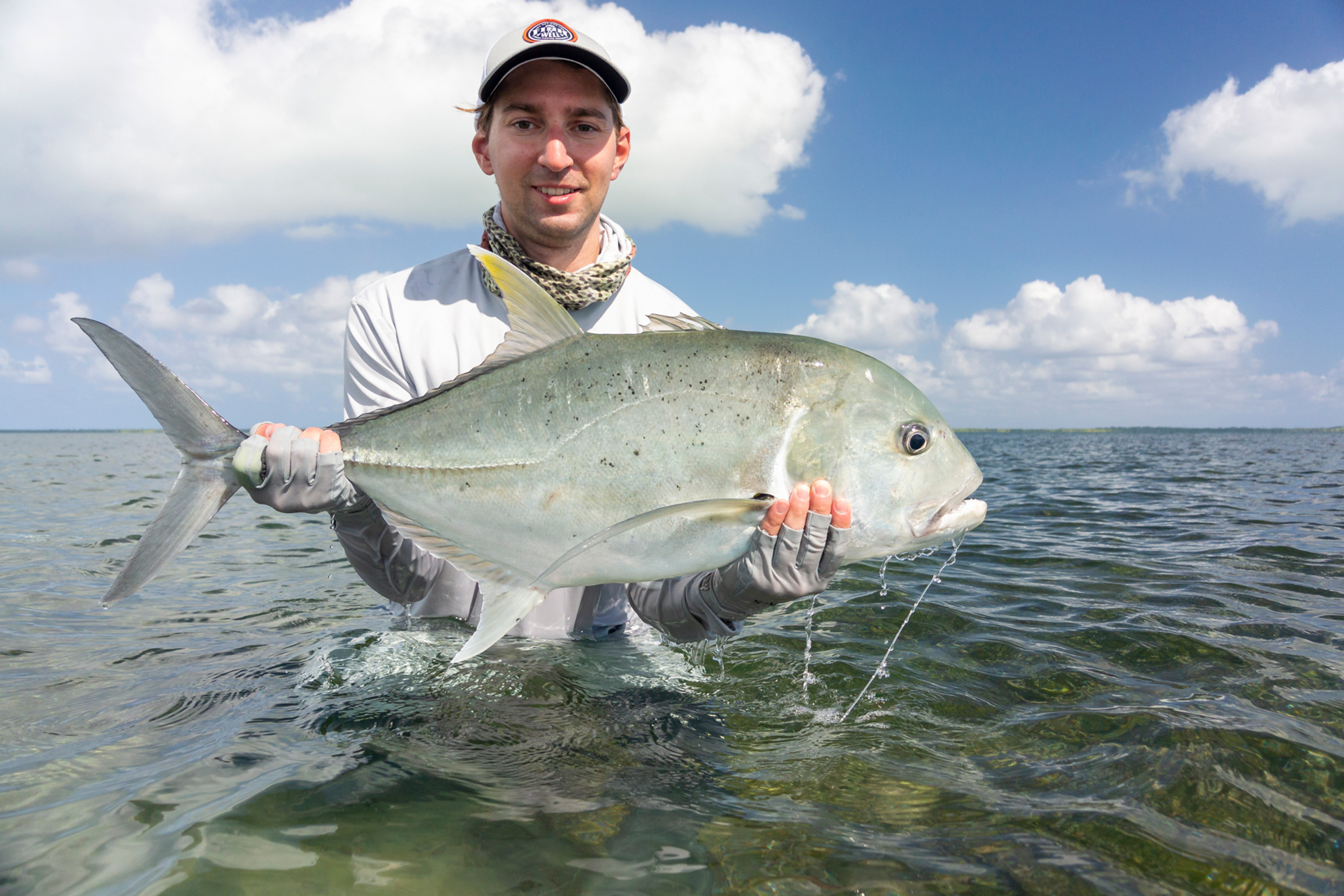 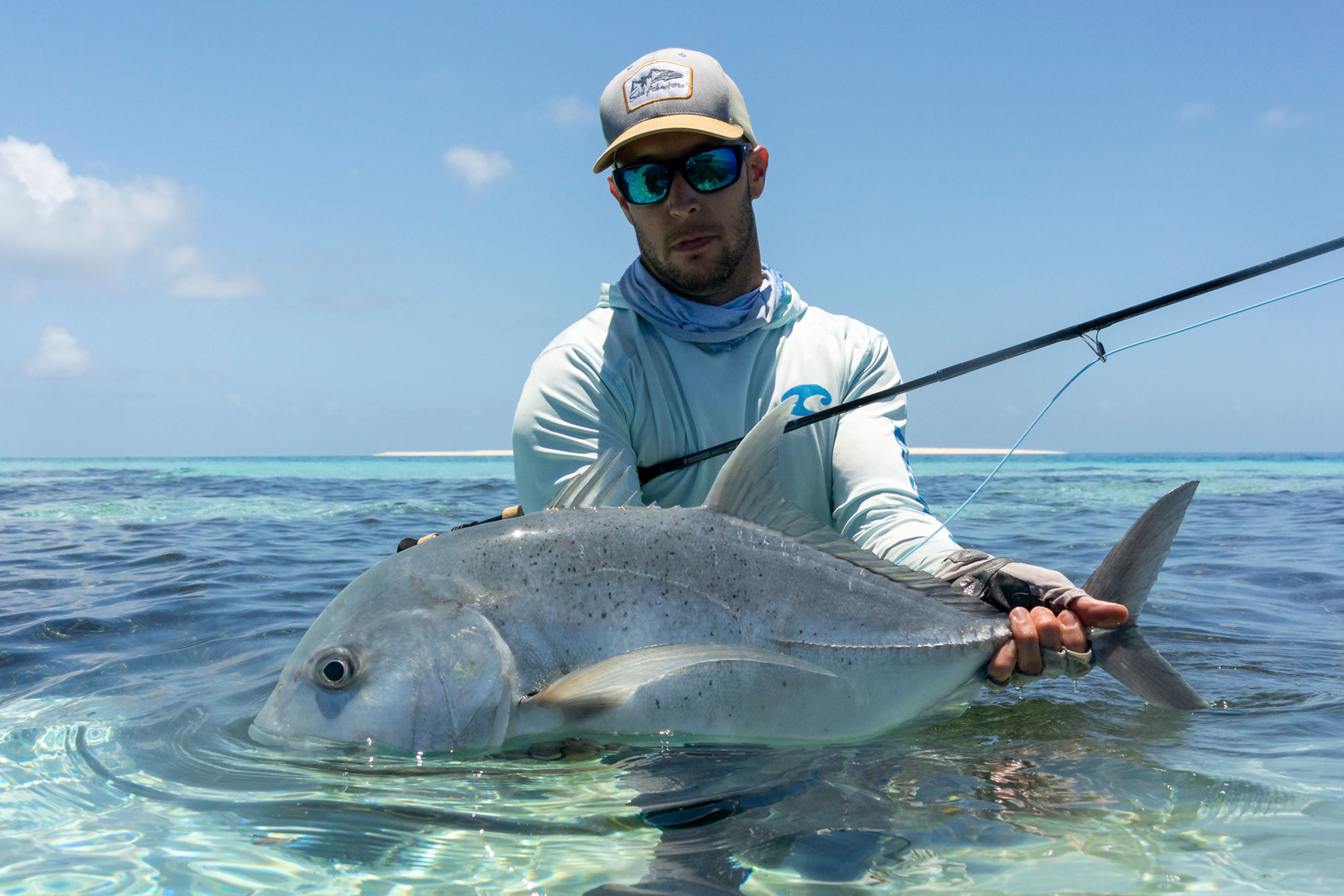 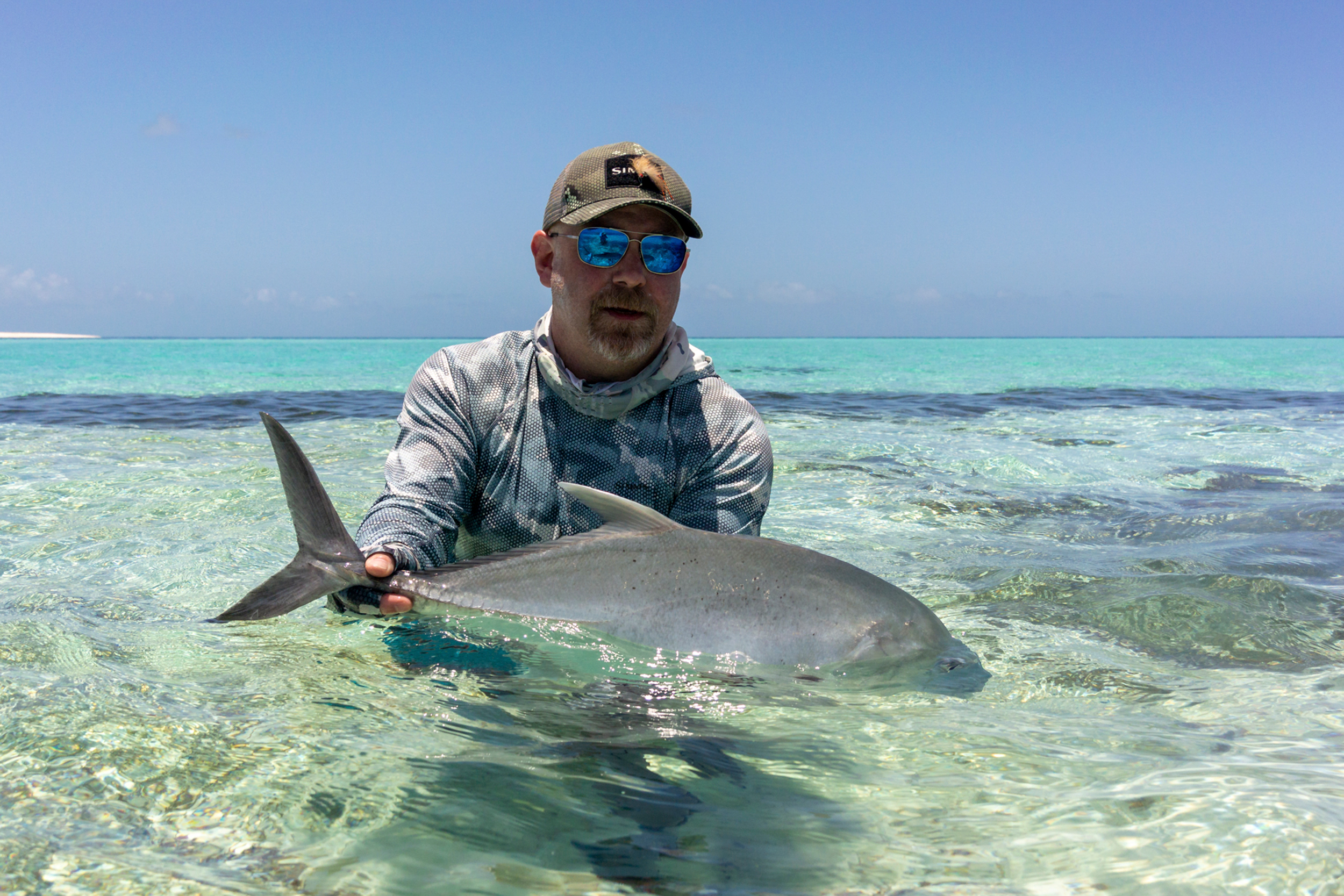 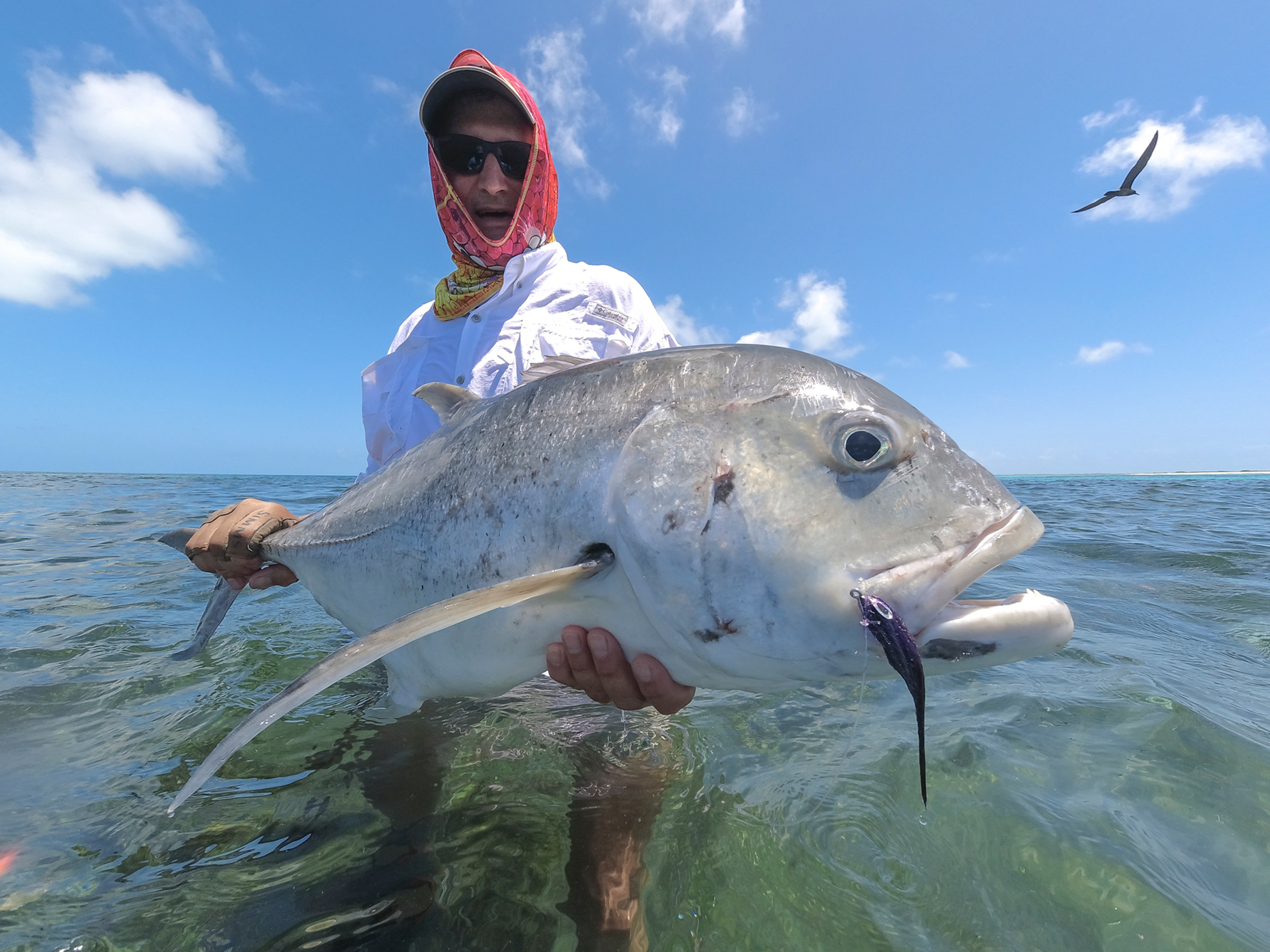 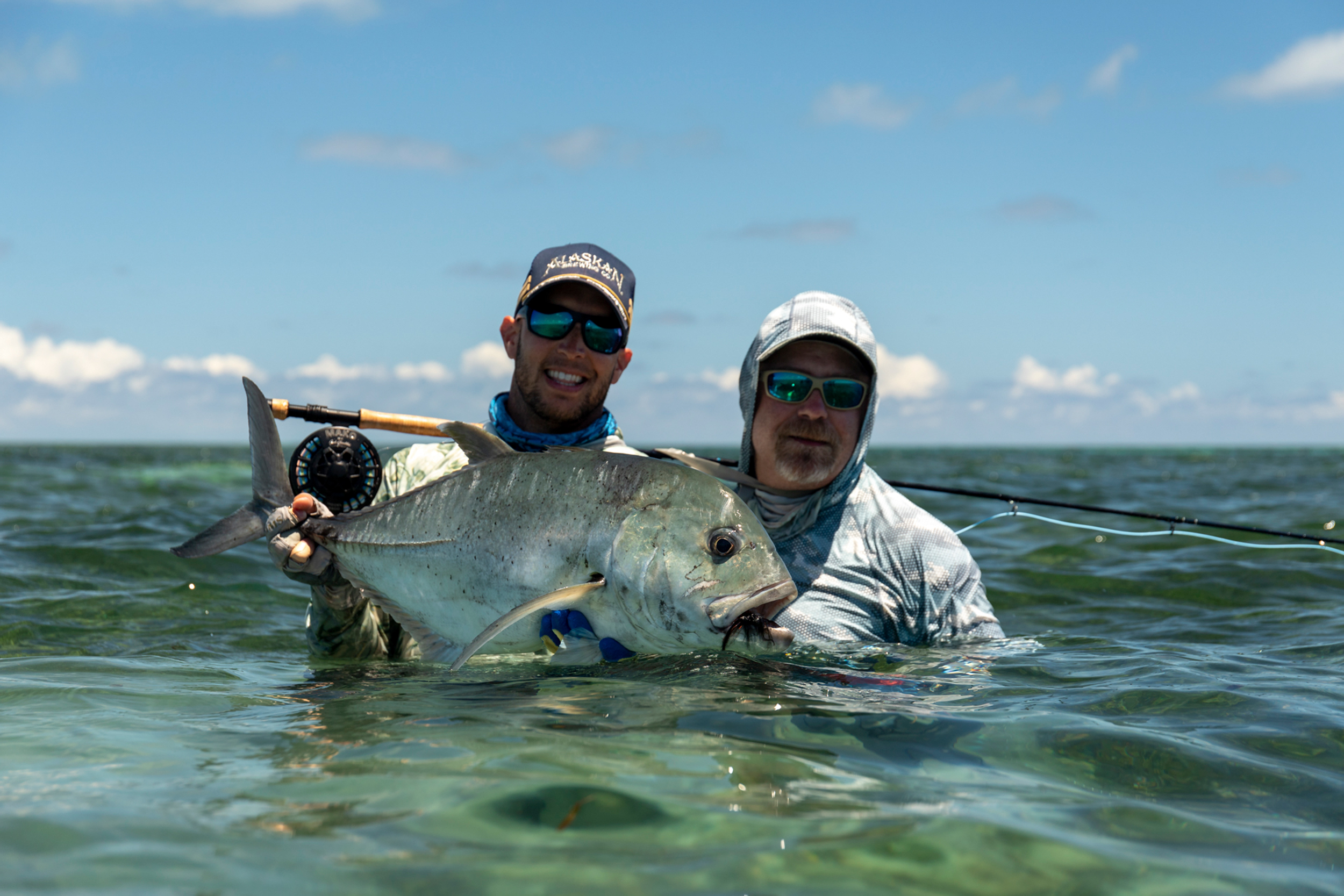 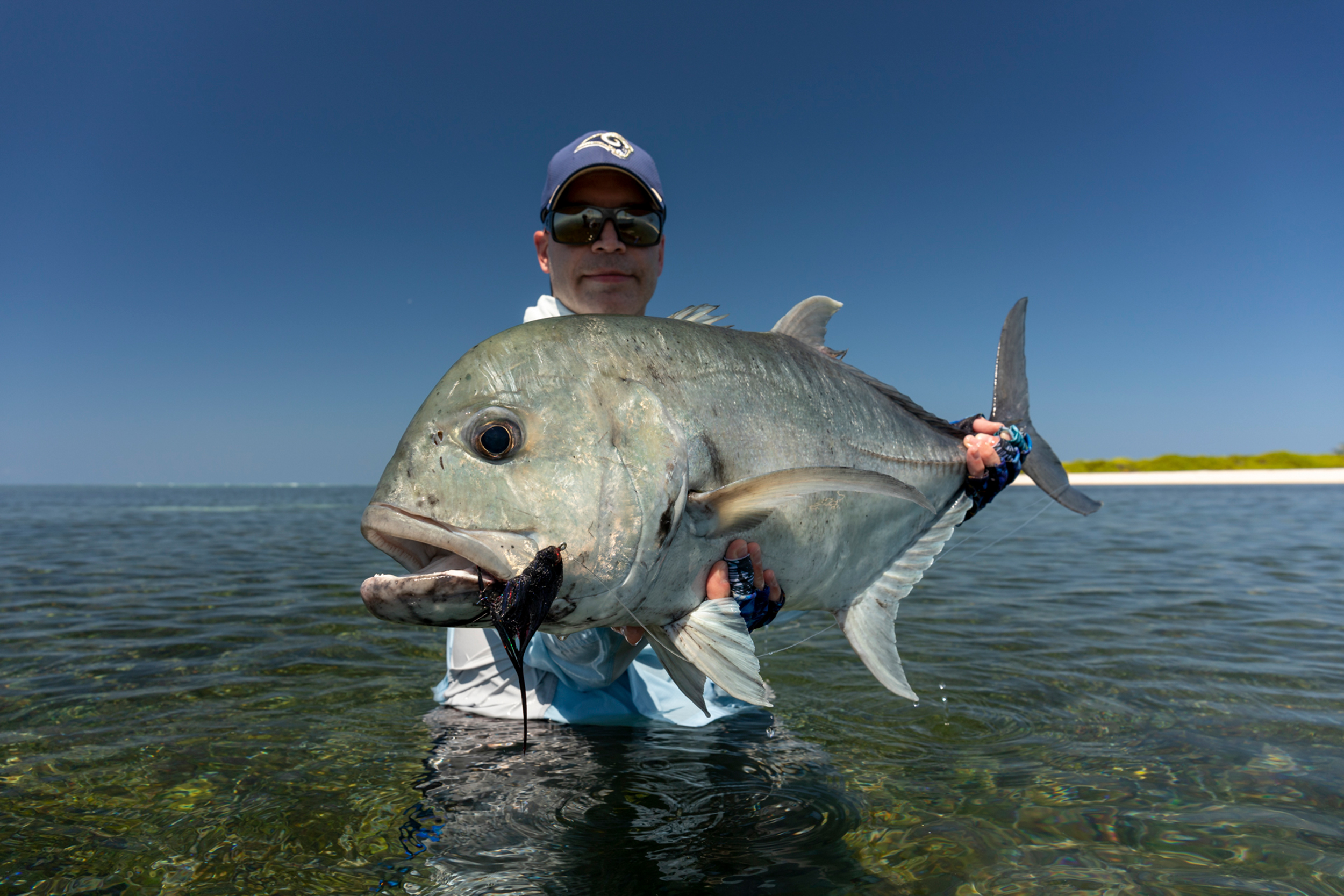 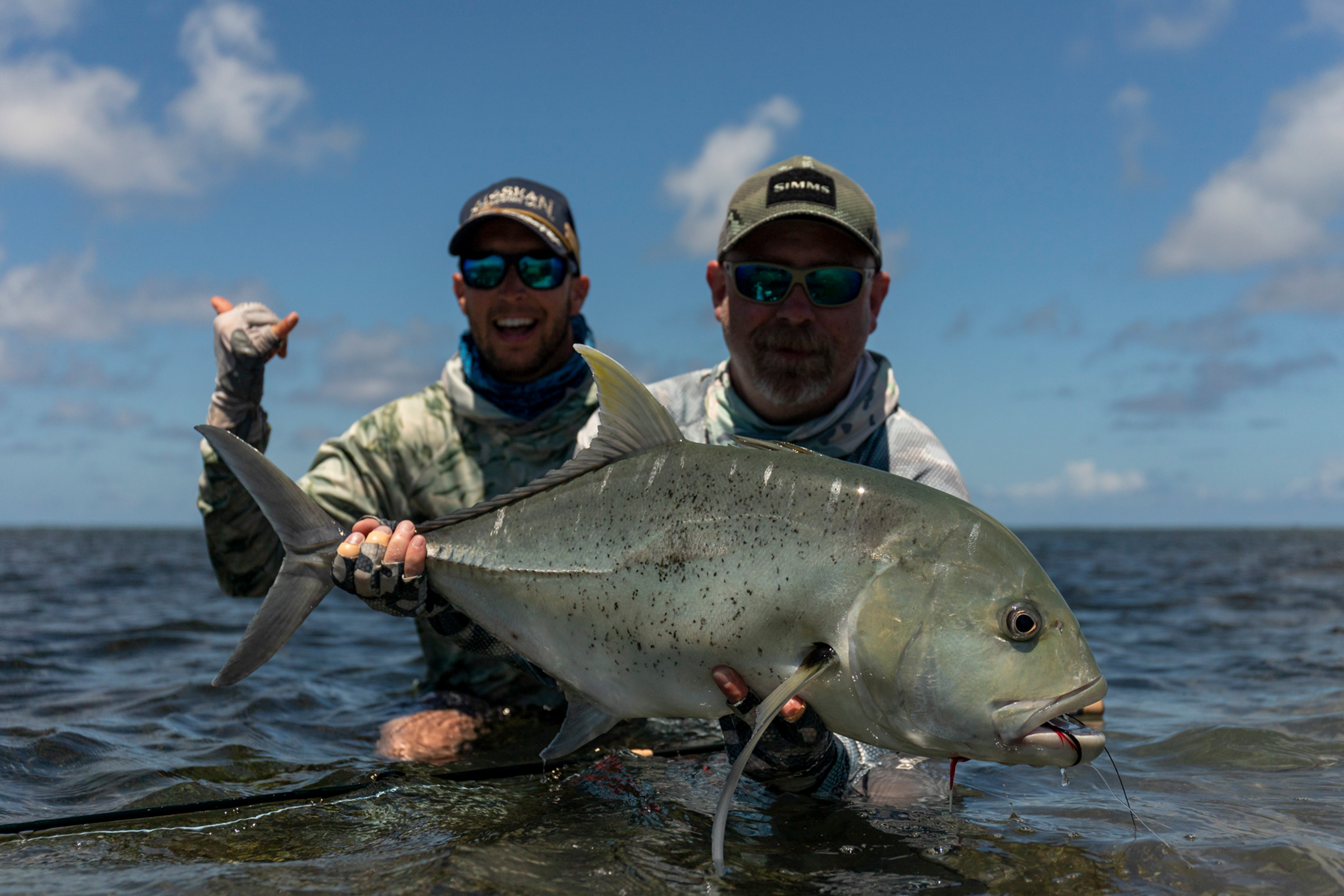 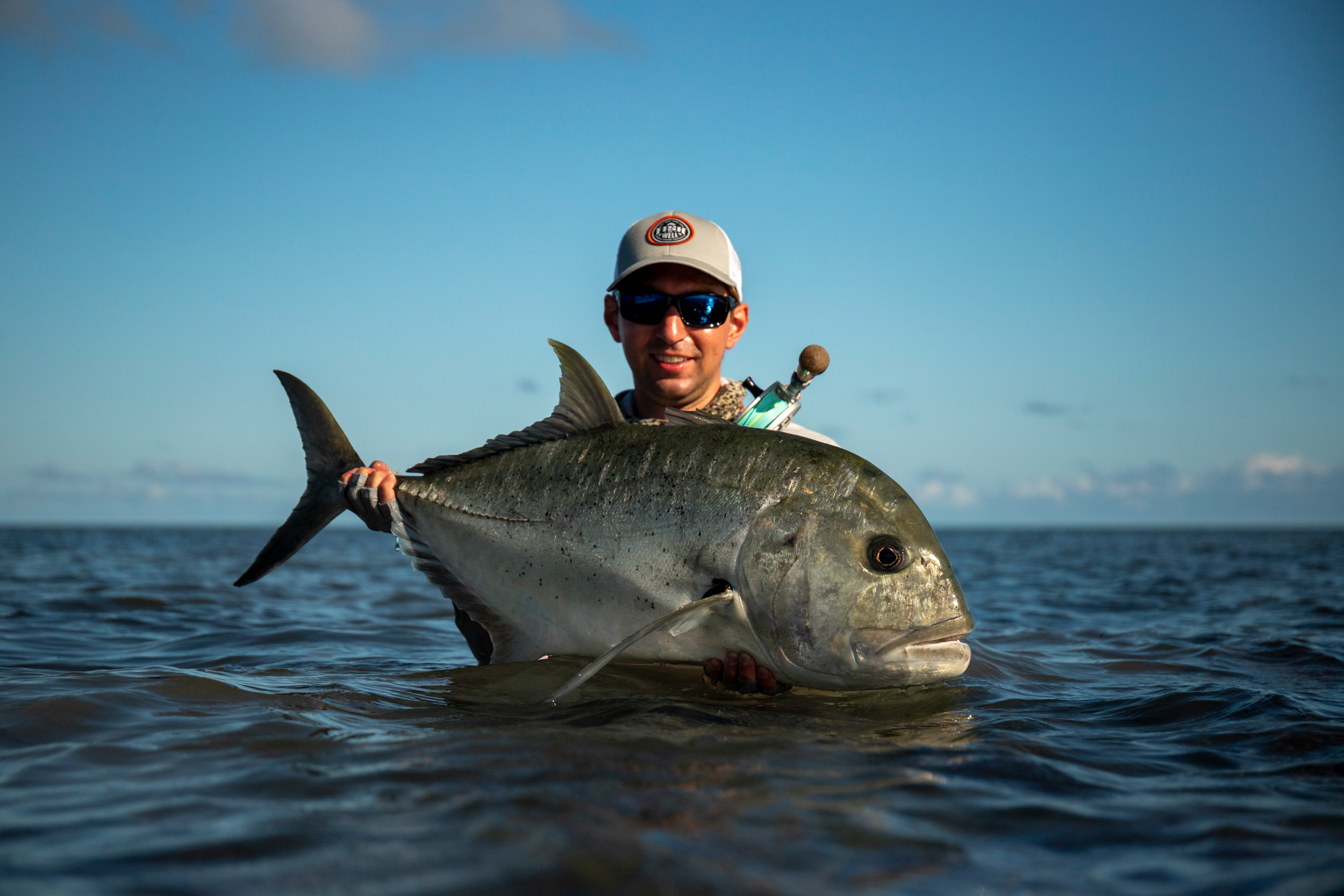 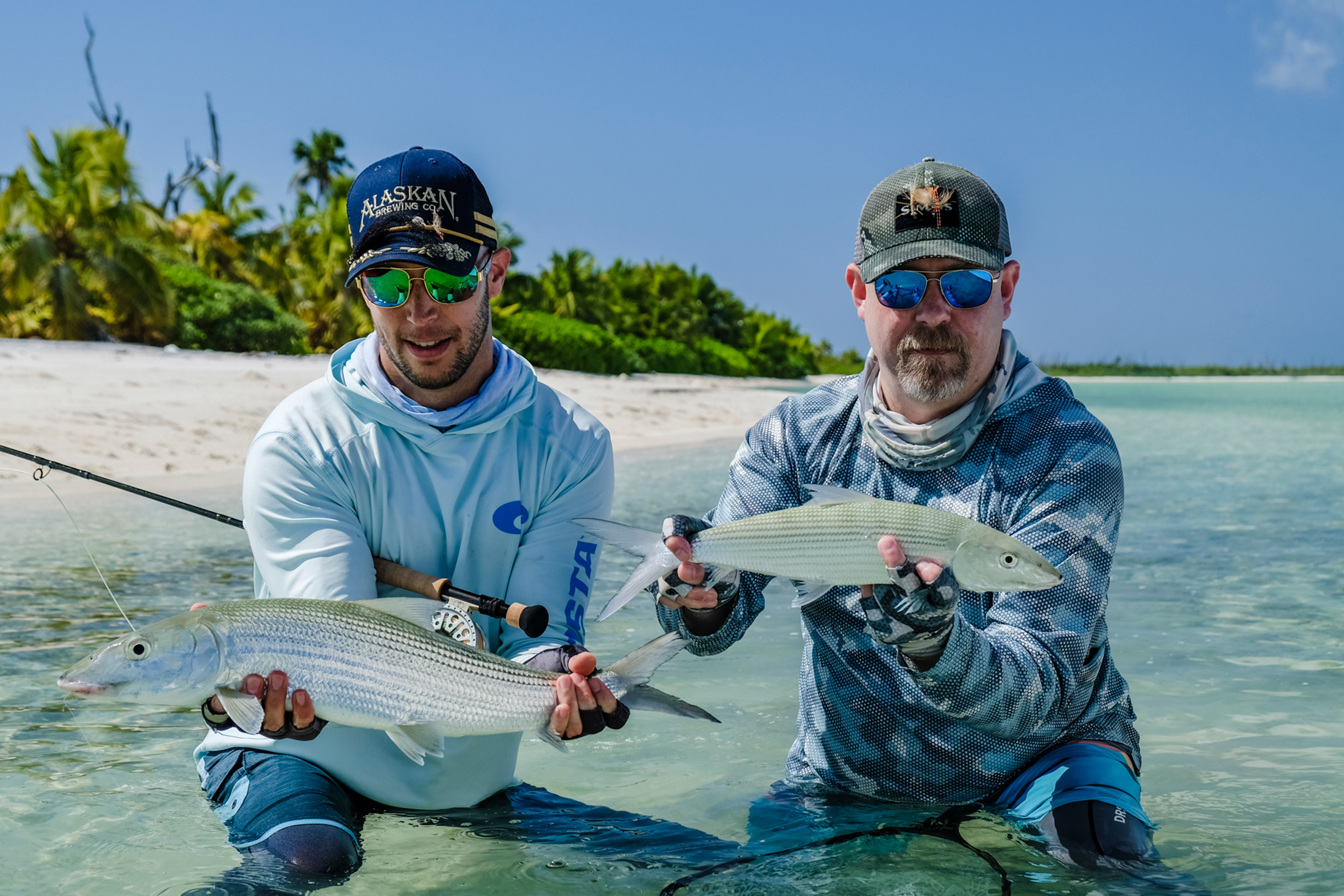 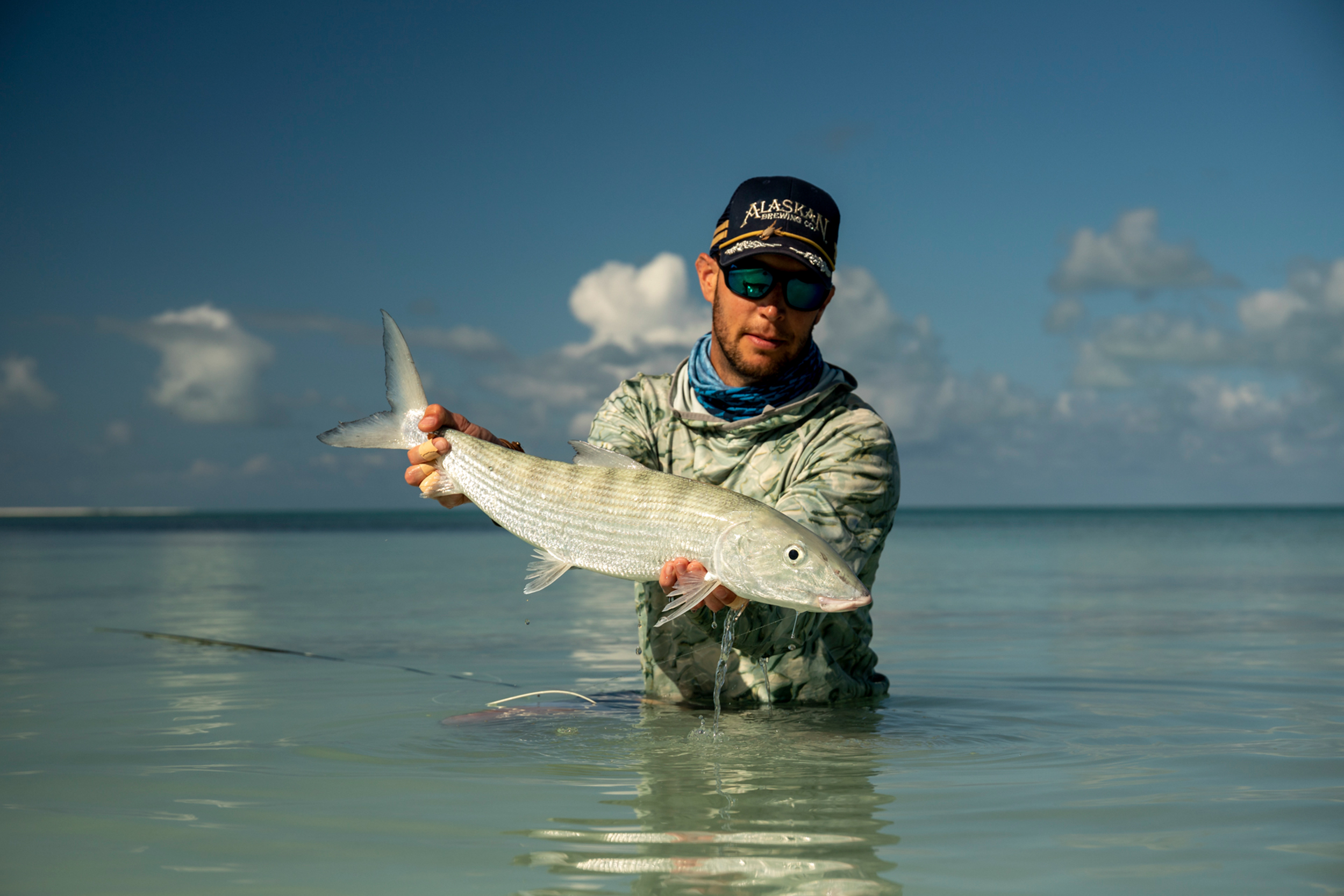