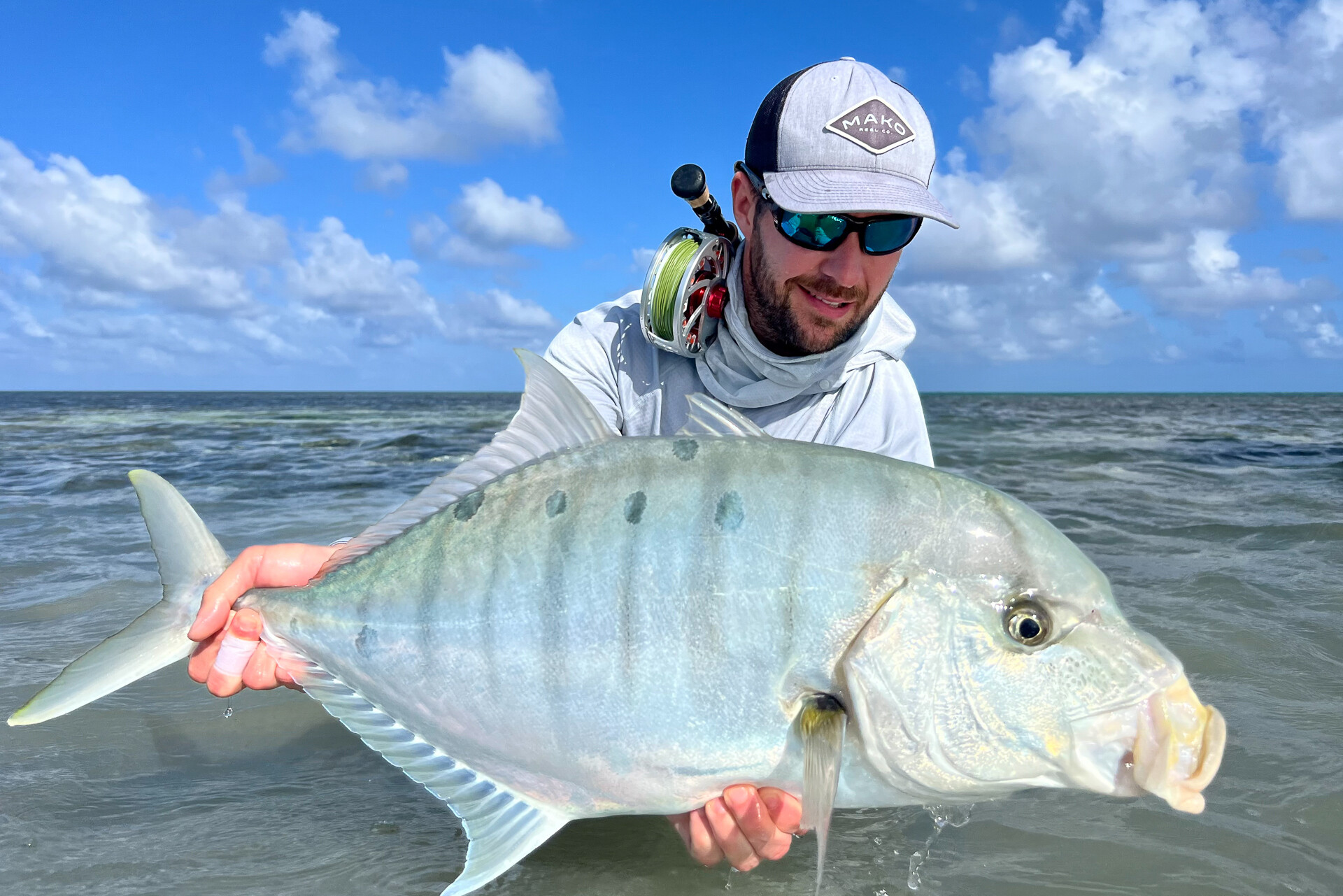 The week on Farquhar Atoll began with neap tides and ended with the full moon spring on 8 November.

The first day on the water set the tone for the week with some epic catches. Rich Roth, a repeat guest, landed a beautiful GT and Frans Jansen landed himself his first-ever golden trevally, a giant trevally and threw in a couple of bonefish too.

The tides shifted and become ideal for targeting bumphead parrotfish, Faquhar’s kryptonite, and the flats did not disappoint with two being caught in succession. Rich caught an impressive bumpy of 103 cm and David Moeller managed to land his first-ever bumped parrotfish, a great fish of 96 cm. Ryan Kerrins, on his first trip to the Seychelles, landed the second golden trevally of the trip on the turtle grass flats.

David’s goal was to land a bumpy, and when he went out again nothing was going to stop him, he did it twice over and caught two bumpy’s, with the biggest matching Rich’s bumpy from earlier in the week at a massive 103 cm. Frans also had his eyes and heart sets on catching a bumpy and landed a great fish of 107 cm. Ryan landed his first Seychelles giant trevally of the trip.

Chuck Koteen, also a repeat guest with Alphonse Fishing Company, much like the other anglers had also come to Farquhar to catch a bumpy. With a couple of great casts, he managed to land his first-ever bumphead parrotfish of 98 cm, a great day for him and the guide. Ryan went on to catch another giant trevally contributing to the week’s tally.

Chris Walsh, on a two-week trip to Farquhar, went on a surf walk and got an awesome bonefish in the surf measuring 60 cm. Frans went on a Bonefish mission and got 10 bonefish in a day. The bonefish population on Farquhar is significantly less than that of other atolls like Alphonse, so to do this on Farquhar is a great achievement.

On the last day of the week, the stars aligned and great catches were made. Chris managed a gorgeous moustache triggerfish in the surf. His boat partner Ryan started the day with his biggest GT to date of 91 cm. Ryan then managed a bumpy and a bonefish, completing a flats slam. David also managed a GT and then went on to catch a moustache triggerfish and a bonefish, thus getting him a flats slam too. So the week ended with a bang with two flats slams o the last day. 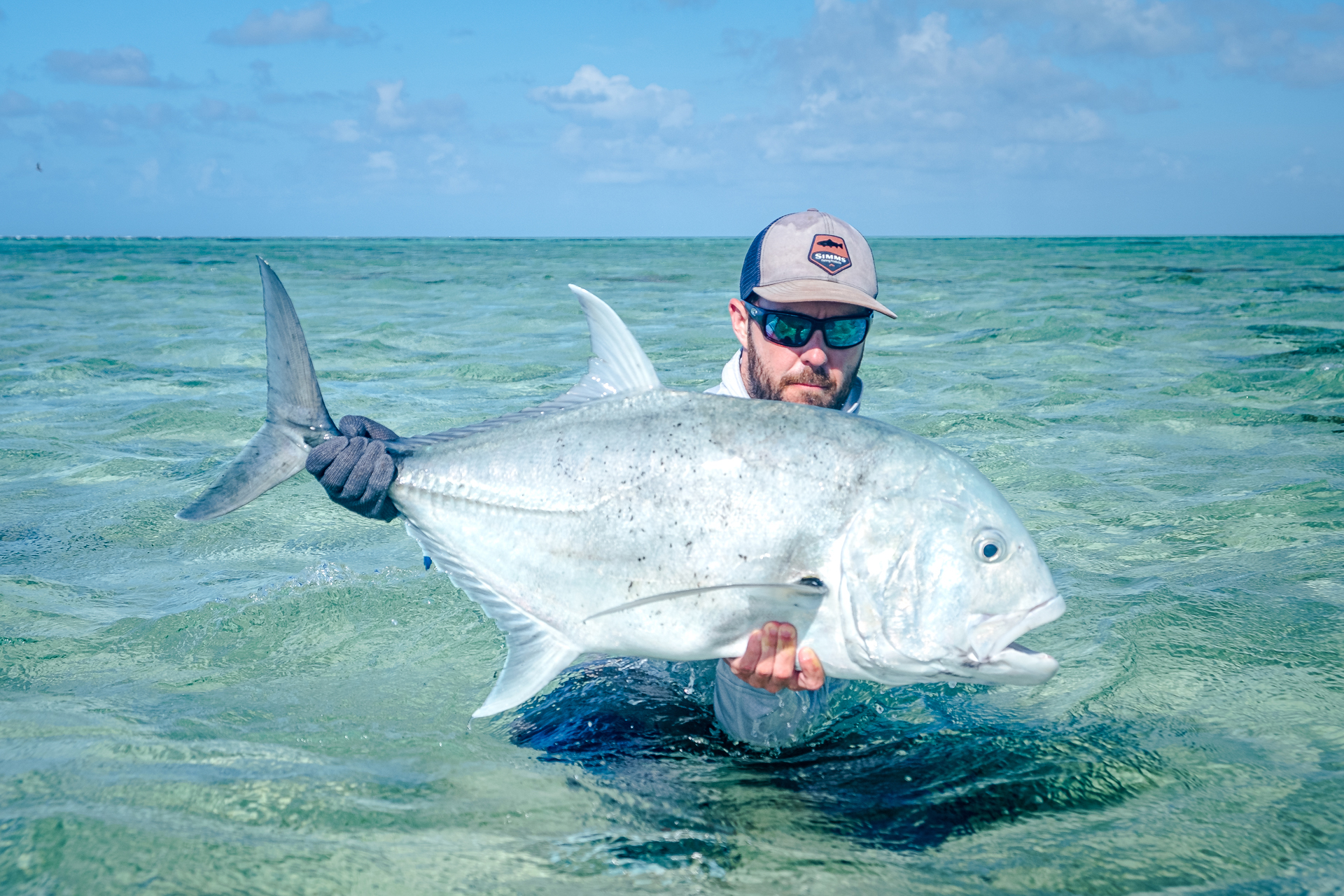 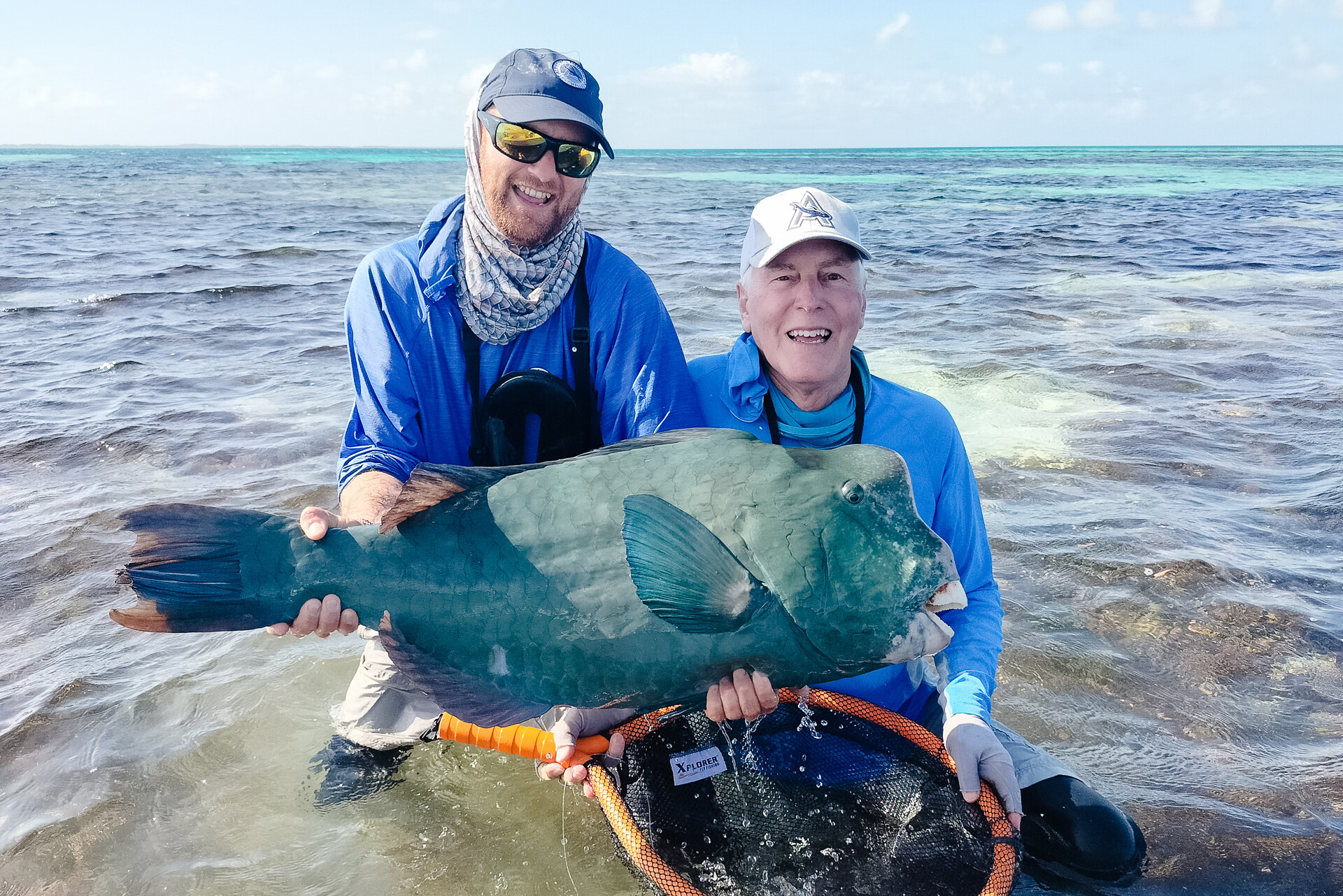