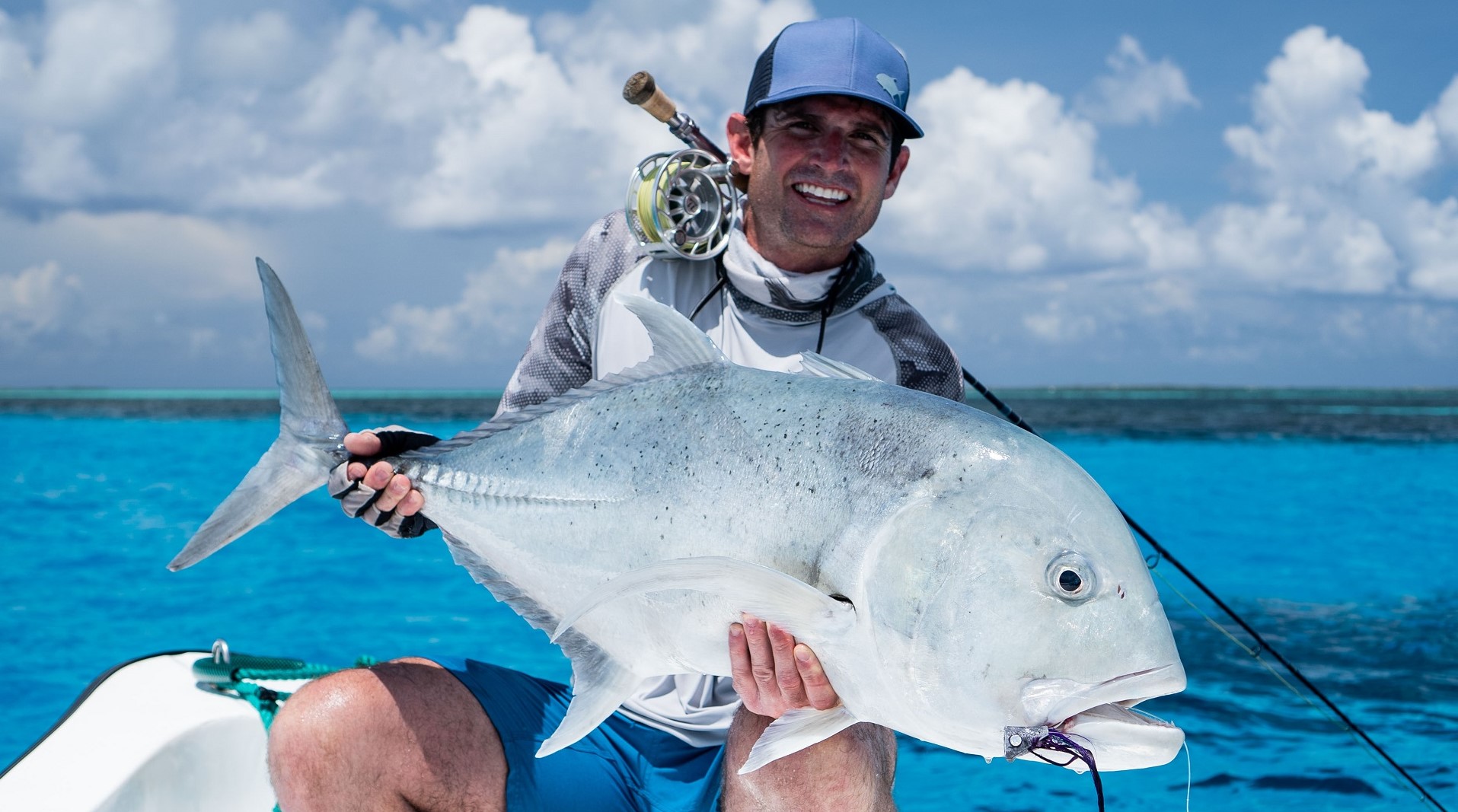 This week saw the return of some familiar faces and a few new ones to Cosmoledo Atoll. Joe Wishcamper, Charles Conn, Camilla Borg, Jason Miller, Ben and Penelope Pierce, Steve Edge, Justin McCarthy, and Gina and Shane Colton all had the pleasure of enjoying the new Cosmoledo Eco Lodge for week 11 of the season.

New moon Spring Tides were the order of the week. The group had some big tides and some serious winds to contest with this week, but the strong winds and big tides seemed to shake the atoll up and really brought on the Giant Trevally’s.

It was without a doubt the most GT’s we’ve seen all season as all the boats on the water reported almost endless sightings of GT’s cruising the flats or in the surf.

Jason, Steve, Shane and Charles all got stuck into their first GT’s and before long was almost landing fish at will. Steve managed to add a few tricky Moustache Triggerfish to his species list for the week.Jason had a truly memorable week. He landed a bunch of GT’s including a 98 cm bruiser. But it was his 86 cm diamond trevally that had all the guides and guests buzzing. An awesome fish and not one regularly seen in these parts.

Old friends to the Alphonse Fishing Company, Ben and Pen had a great week. Pen had a great first day on the water, where she landed a few GT’s but was most excited about her biggest Bonefish to date, a solid 8 lbs fish that had her reel singing into the backing.

Gena, Pen and Camilla also did their part for the Cosmo Eco Lodge by spending a day with a few trash bags collecting rubbish that had been blown in along the beaches.

All in all, it was a fantastic week of fishing and laughs around the camp. We look forward to what next week has in store for us. Fingers crossed the fishing stays as hot as it has been! 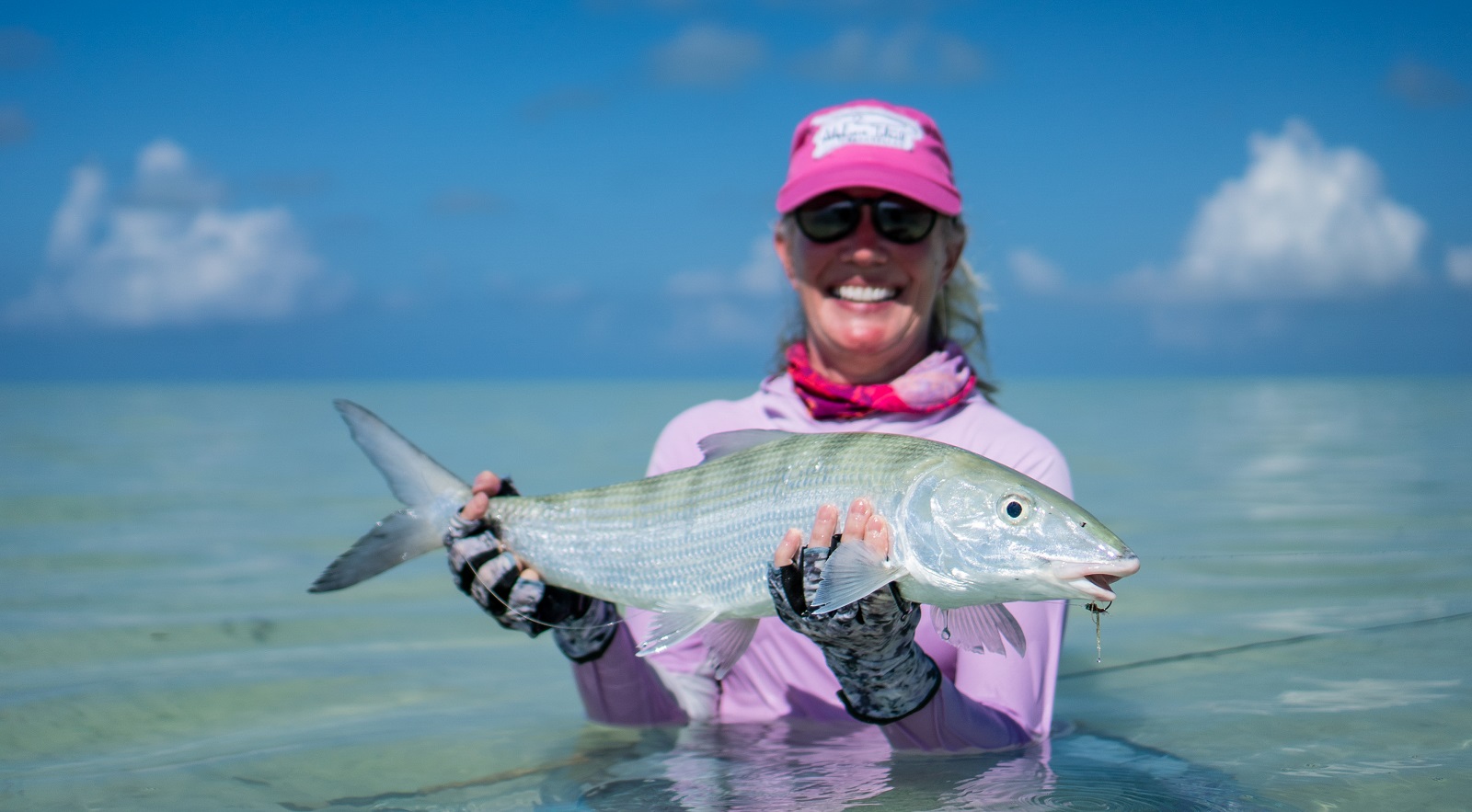 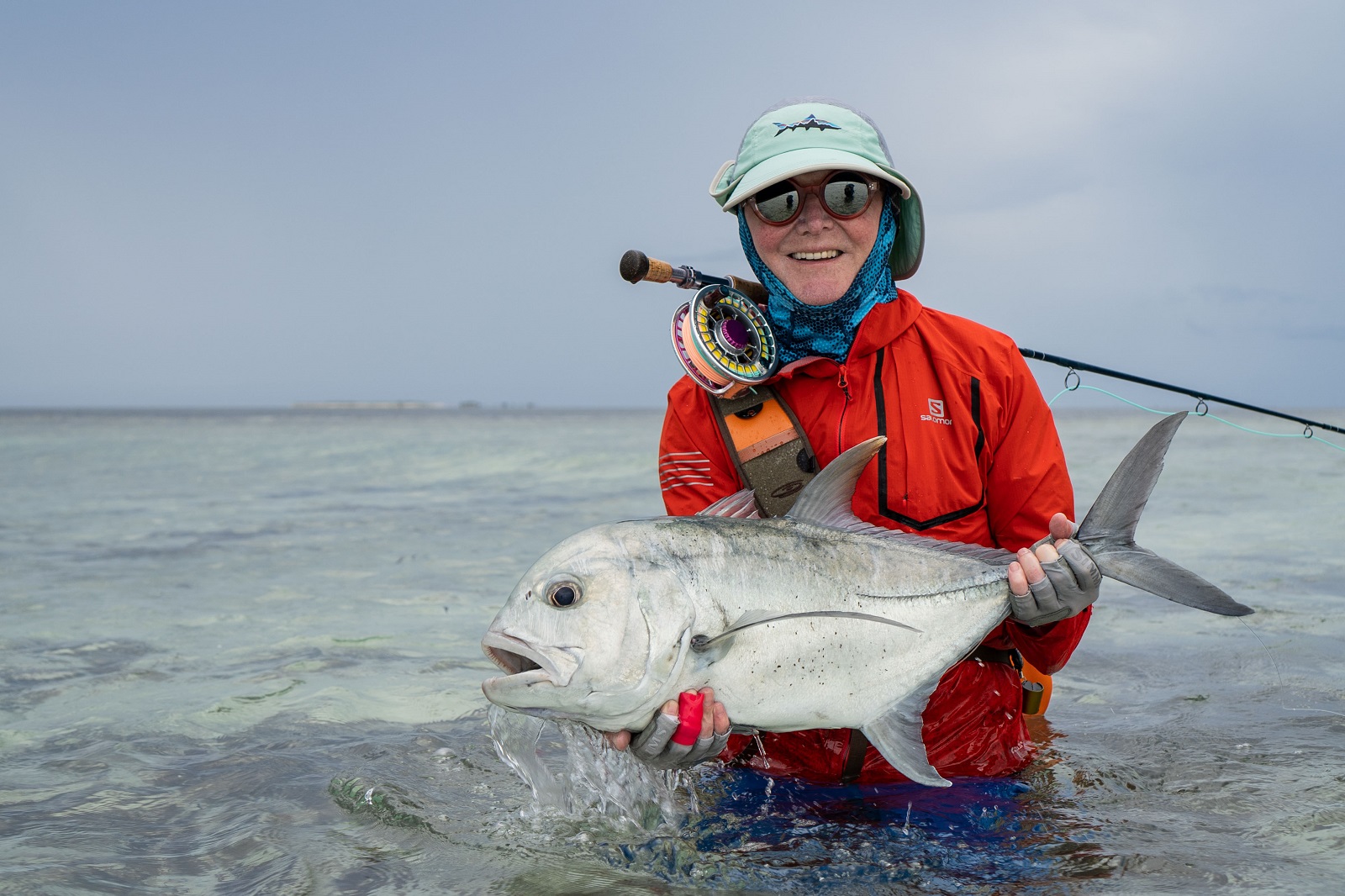 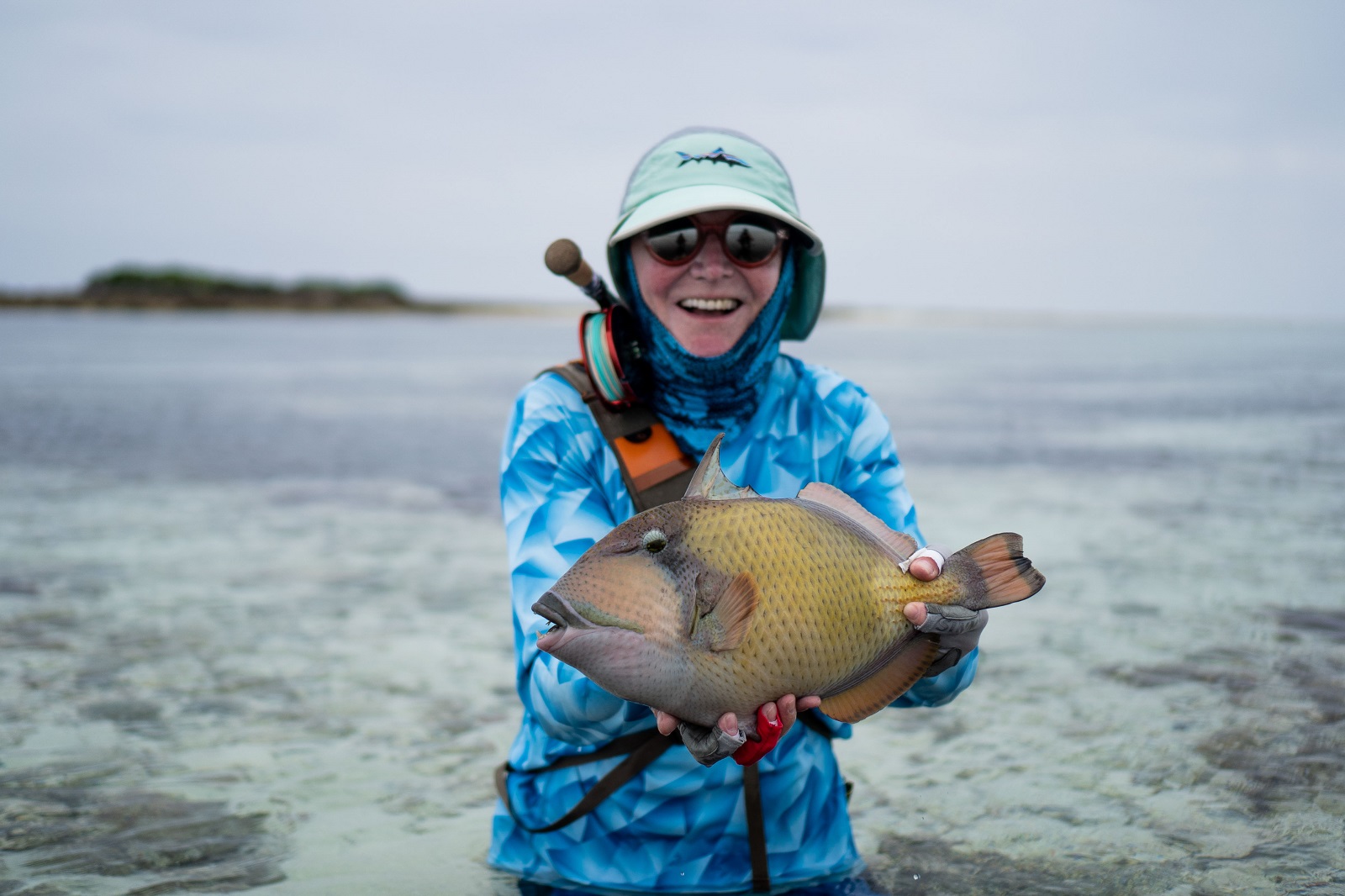 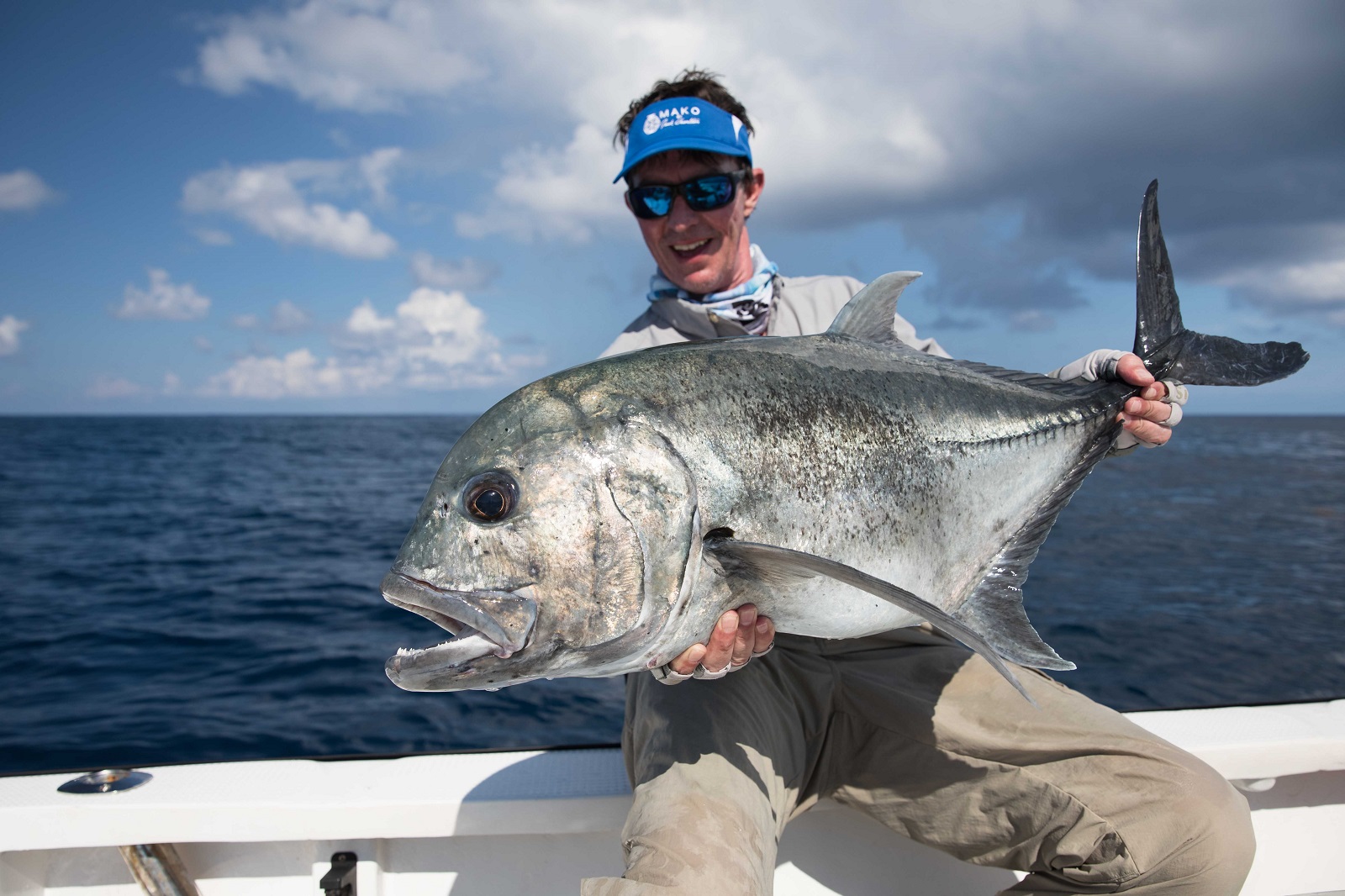 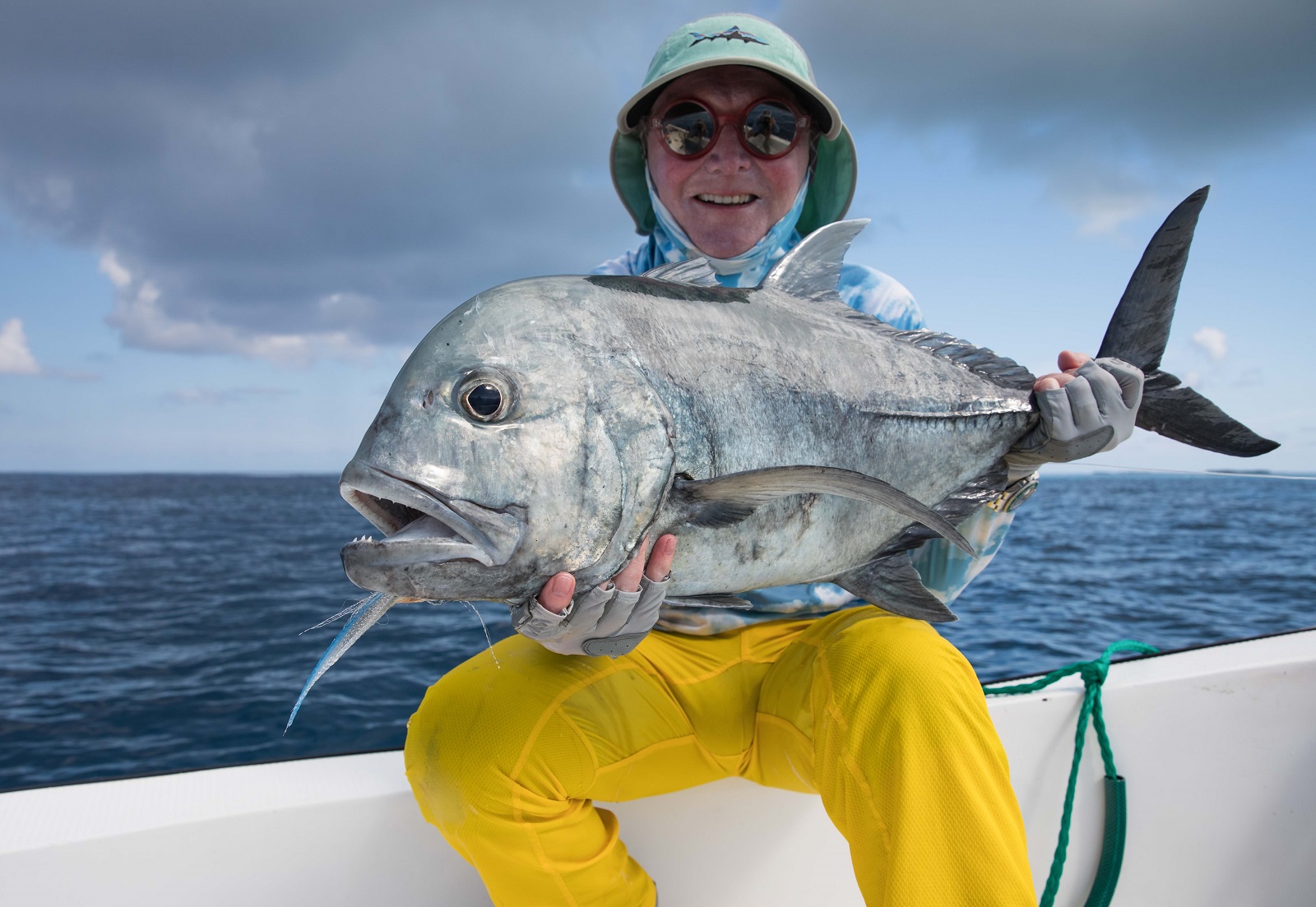