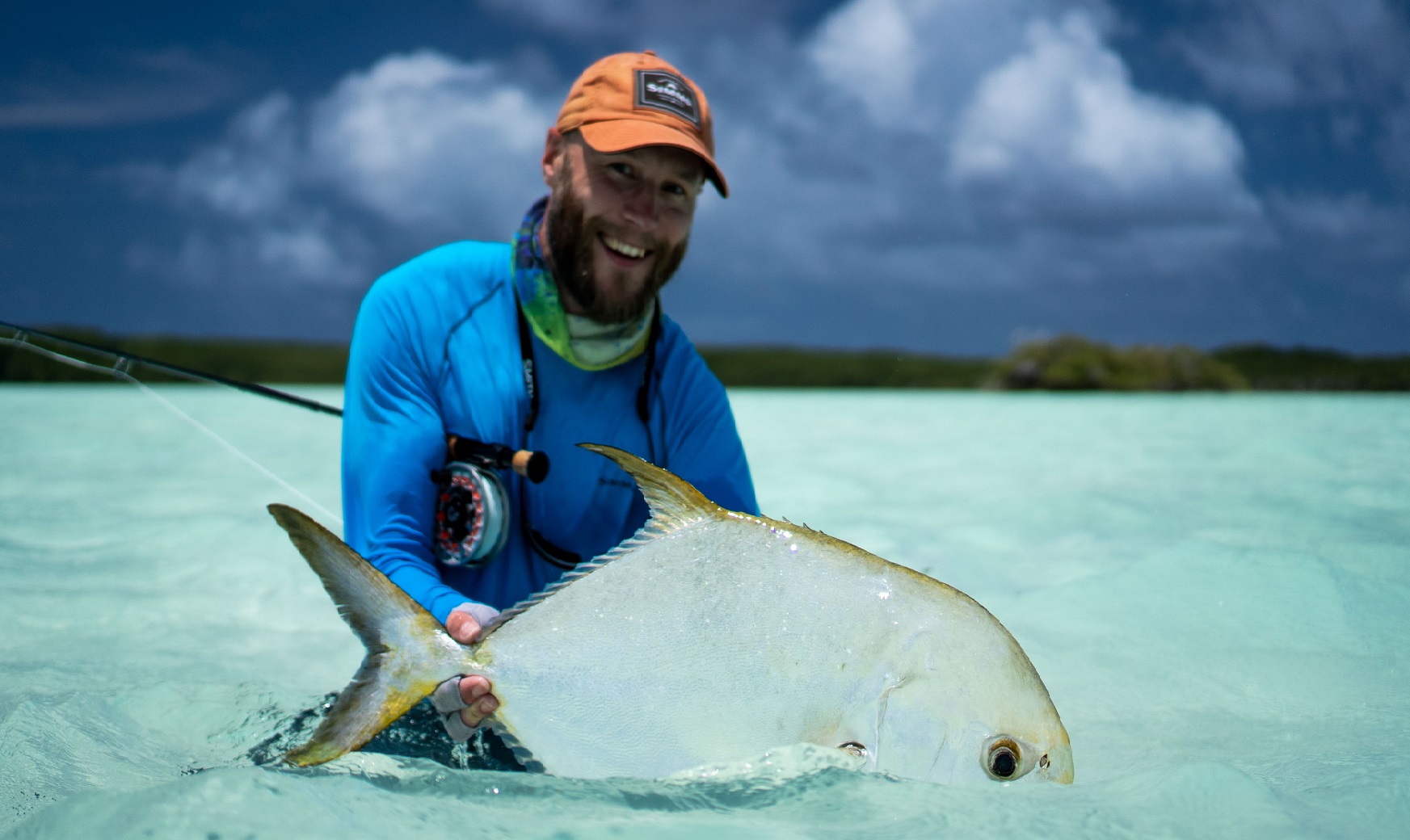 It was with great excitement that the Cosmo team welcomed the first official guests to the new Cosmoledo Eco Lodge. With a new moon spring tide and good weather predicted for the week, the all-Texan group of Ashley Edens, Camp Bailey, Corby Robertson, Ed Randall, Ernie Cockrell, Hardy Murchison and Michael Midrano were eager to hit the water and get their rods bending.

Corby got the week off to a flying start by landing the first Super Slam of the season consisting of a GT, bonefish, moustache triggerfish, and the holy grail of fly fishing, an indo-pacific permit all on the first day on the water. His boat partner for the day, Hardy, wasn’t far behind him either. He managed a flats slam with a GT, bonefish and a moustache triggerfish.

Although the GT’s were a bit scarce on the flats this week, the whole team managed to land their first GT on fly. The biggest fish landed belonged to Ed with a respectable 85 cm fish. Ashley and Camp also got to ring the traditional bell with their first moustache triggerfish. Corby rounded off his great week on the water with the first milkfish of the season and his first on fly.

Cosmo showed its diversity throughout the week with an array of species being landed including GT’s, bluefin trevally, bonefish, triggerfish, permit, milkfish, bohar snapper, grouper and a napoleon wrasse and with a comfortable lodge to return to in the evenings to watch the sunset and reminisce about the day’s catches, what could be better? The team is looking forward to what the rest of the season has to offer. 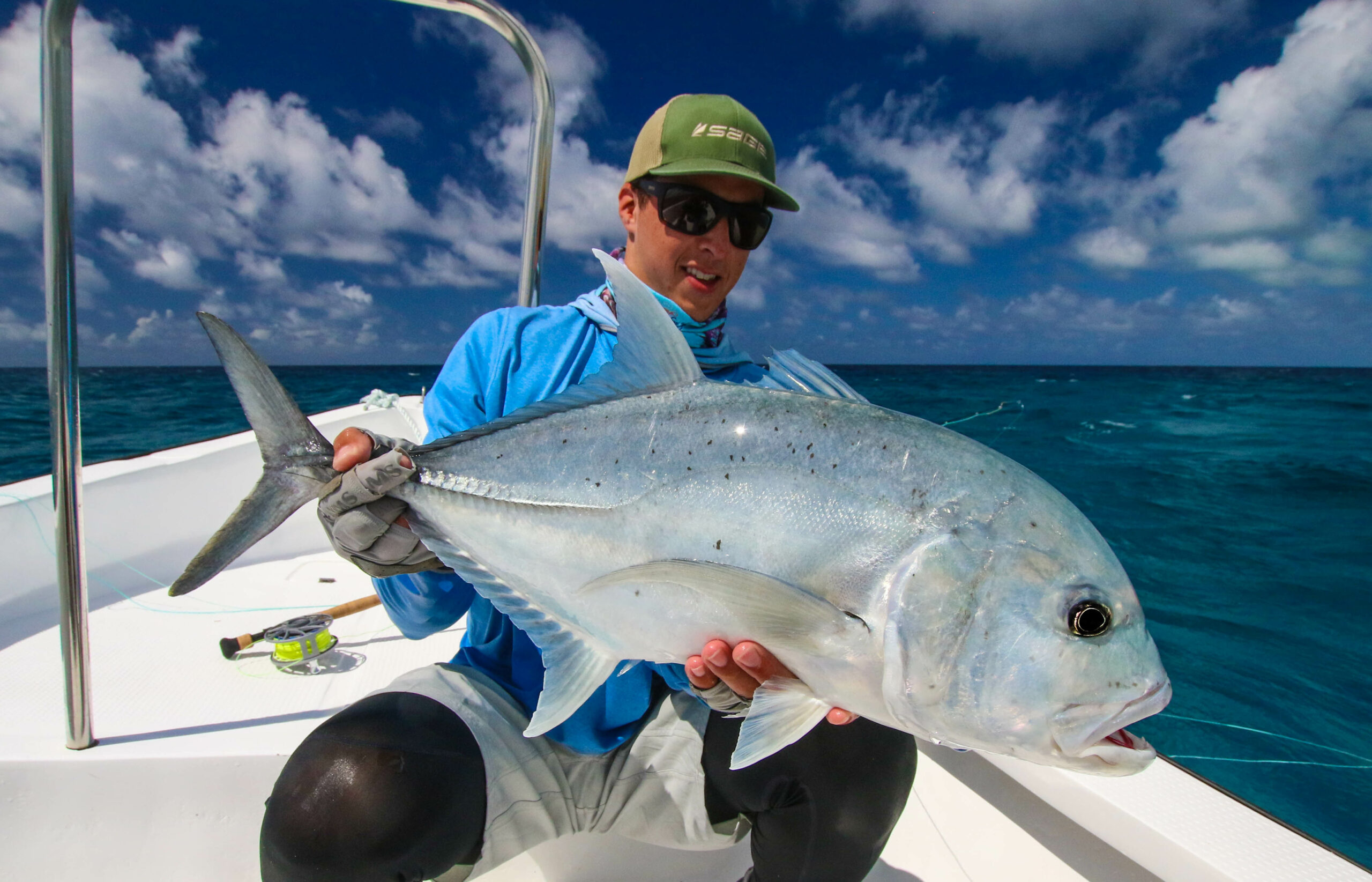 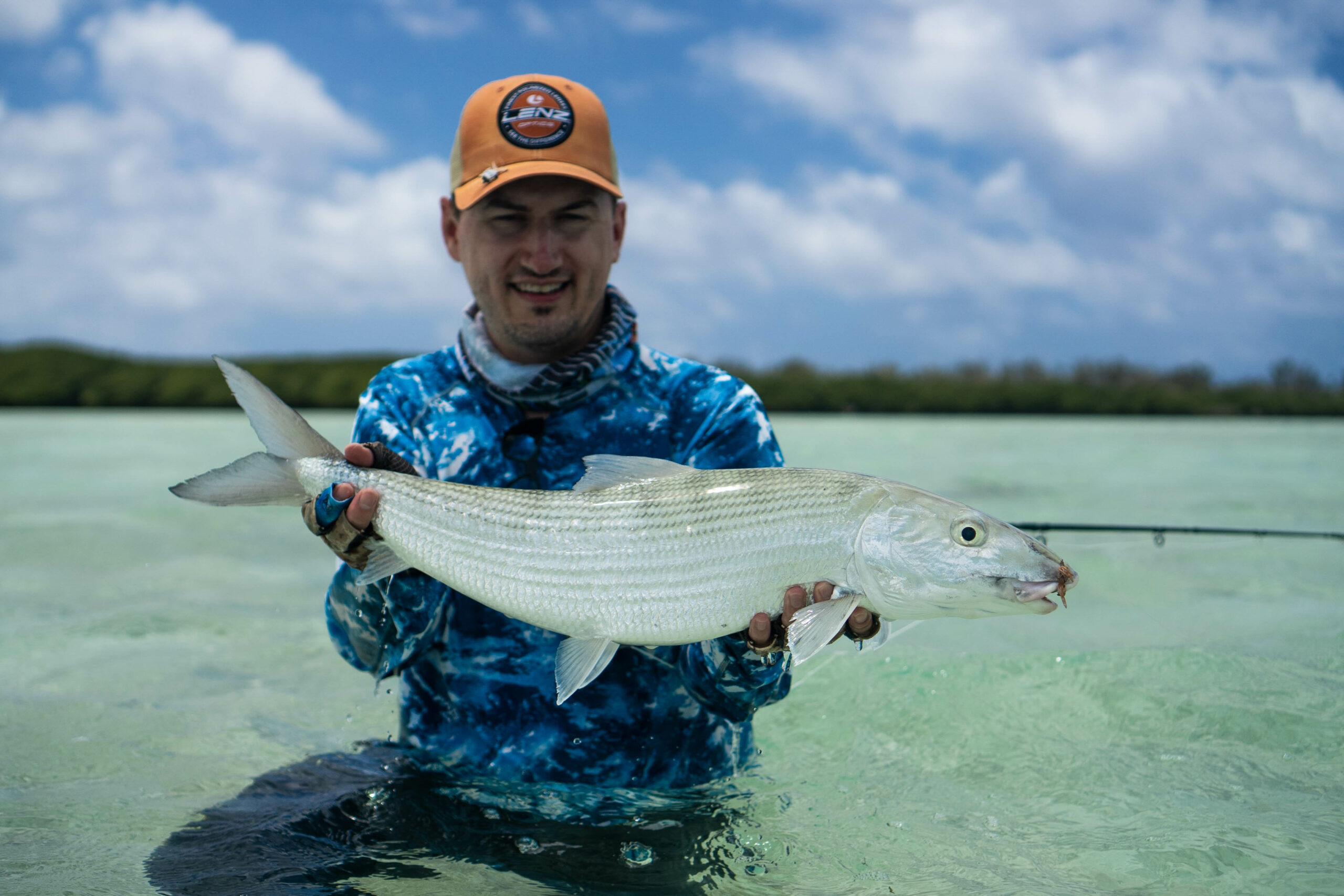 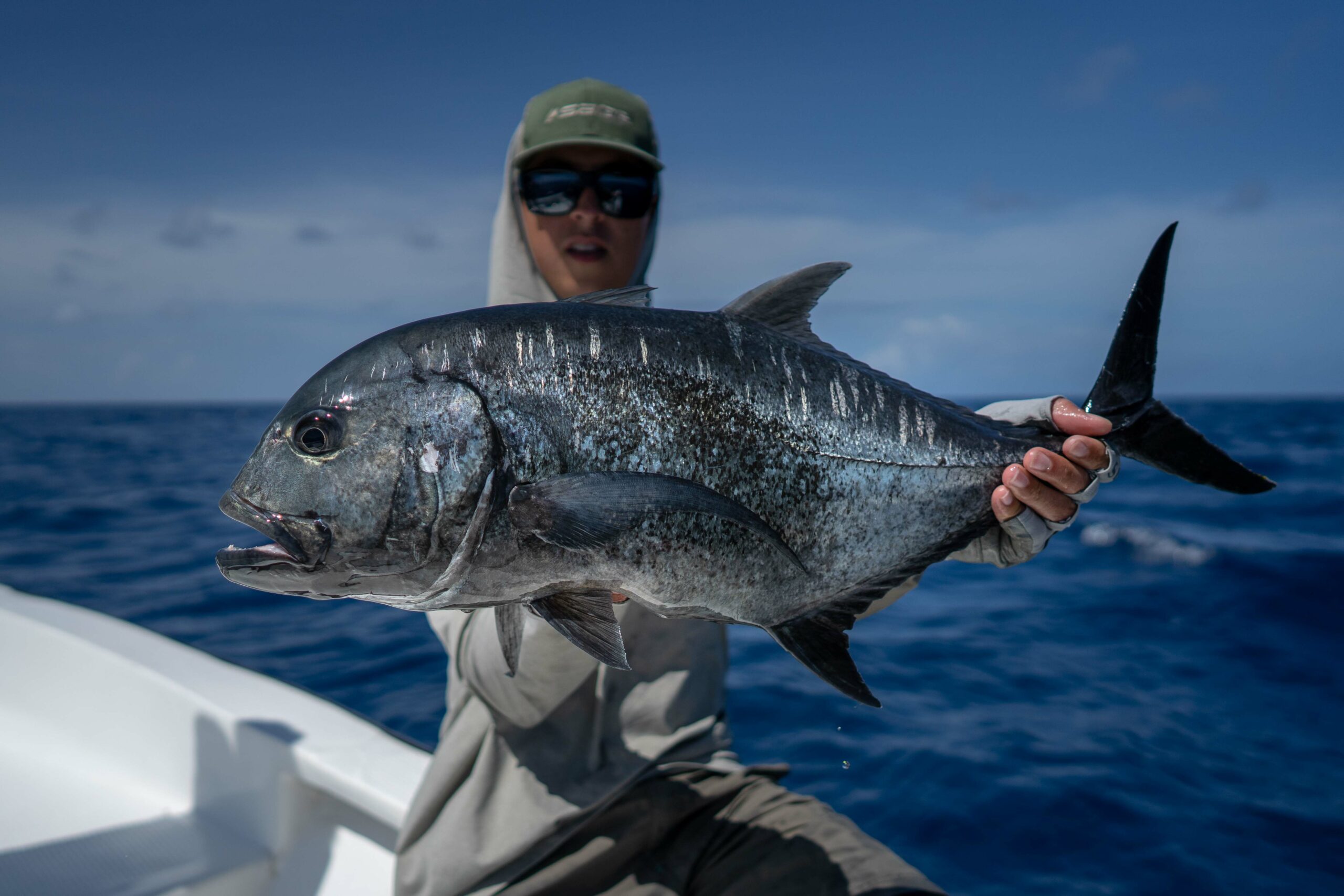 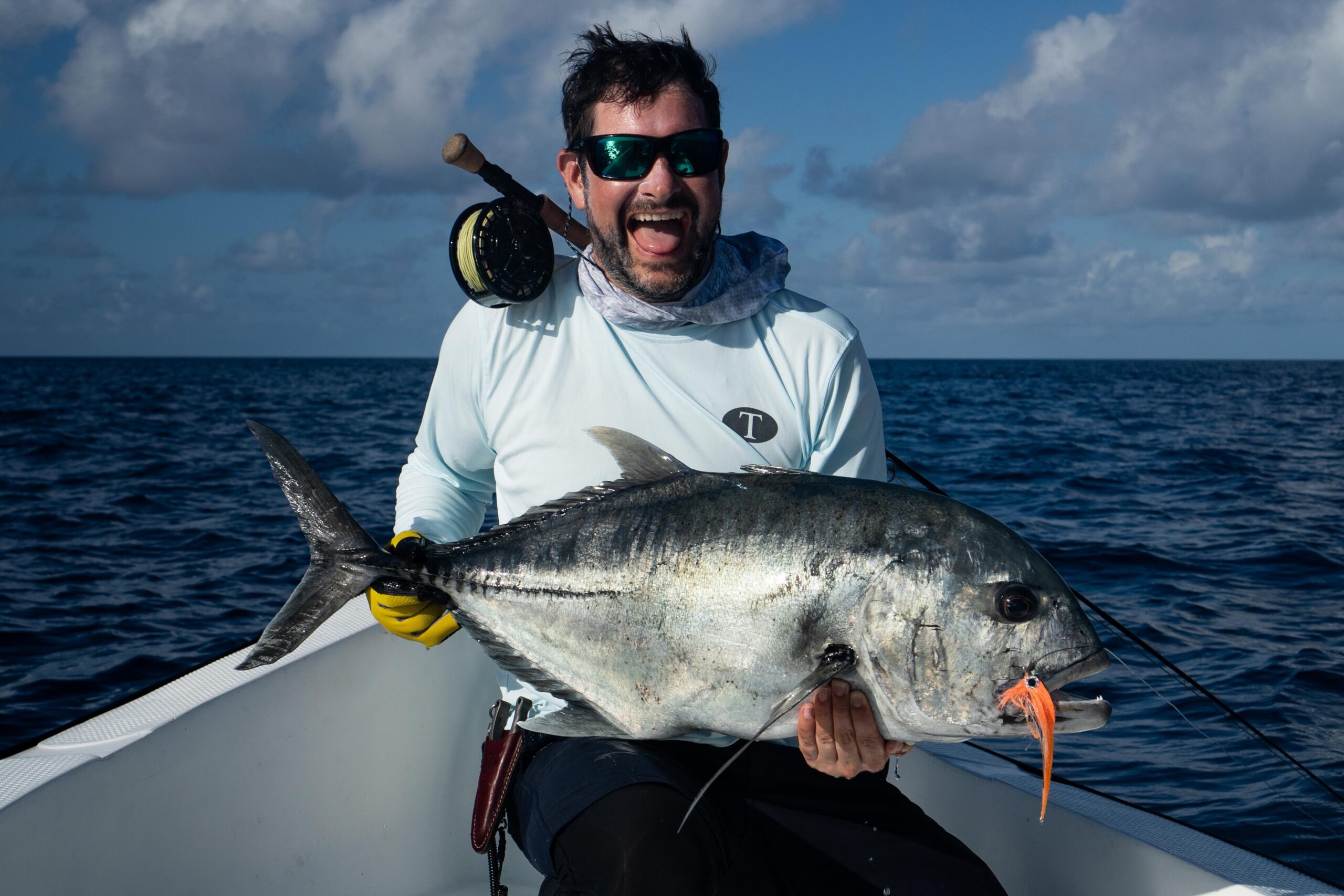 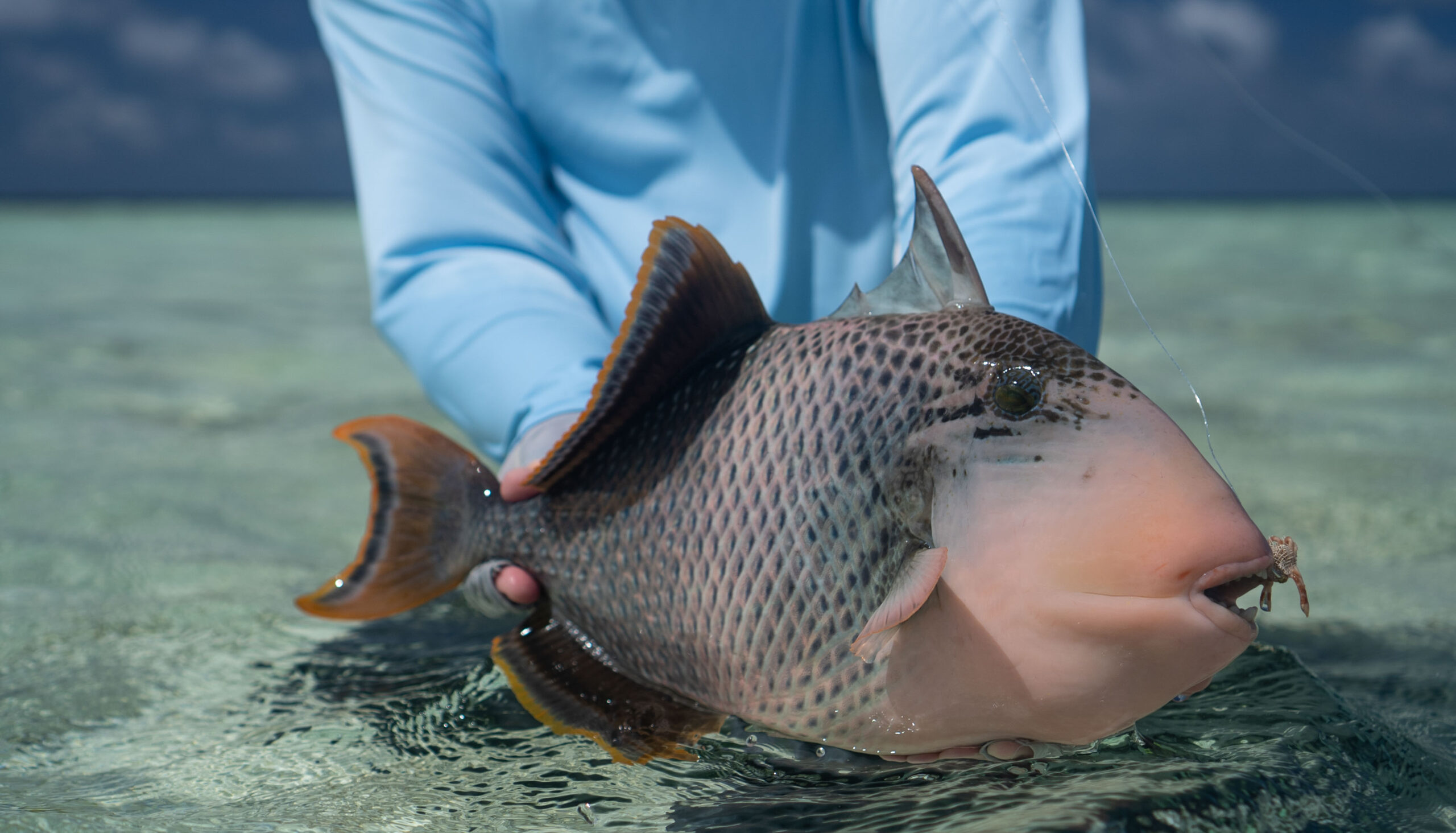 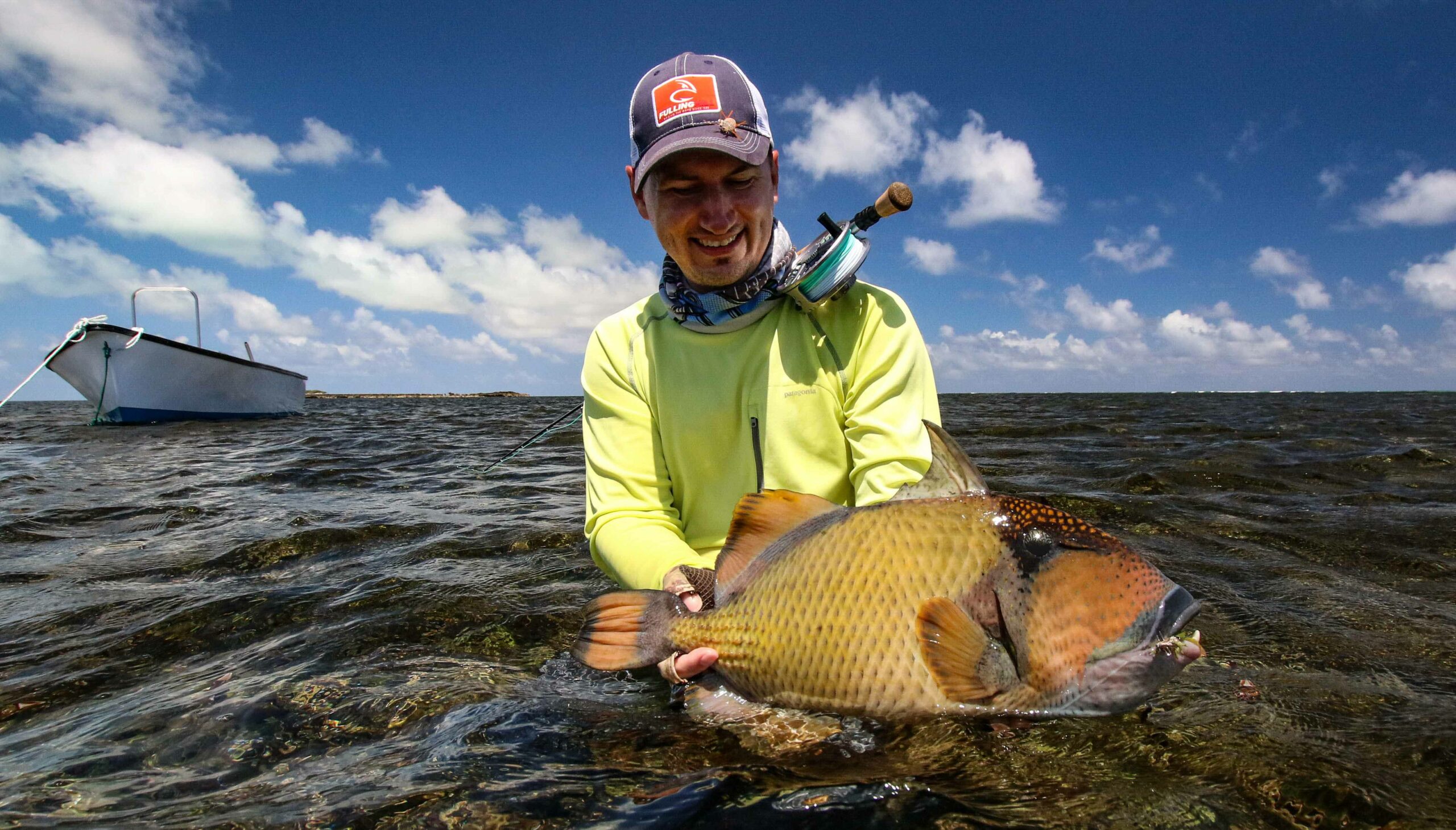 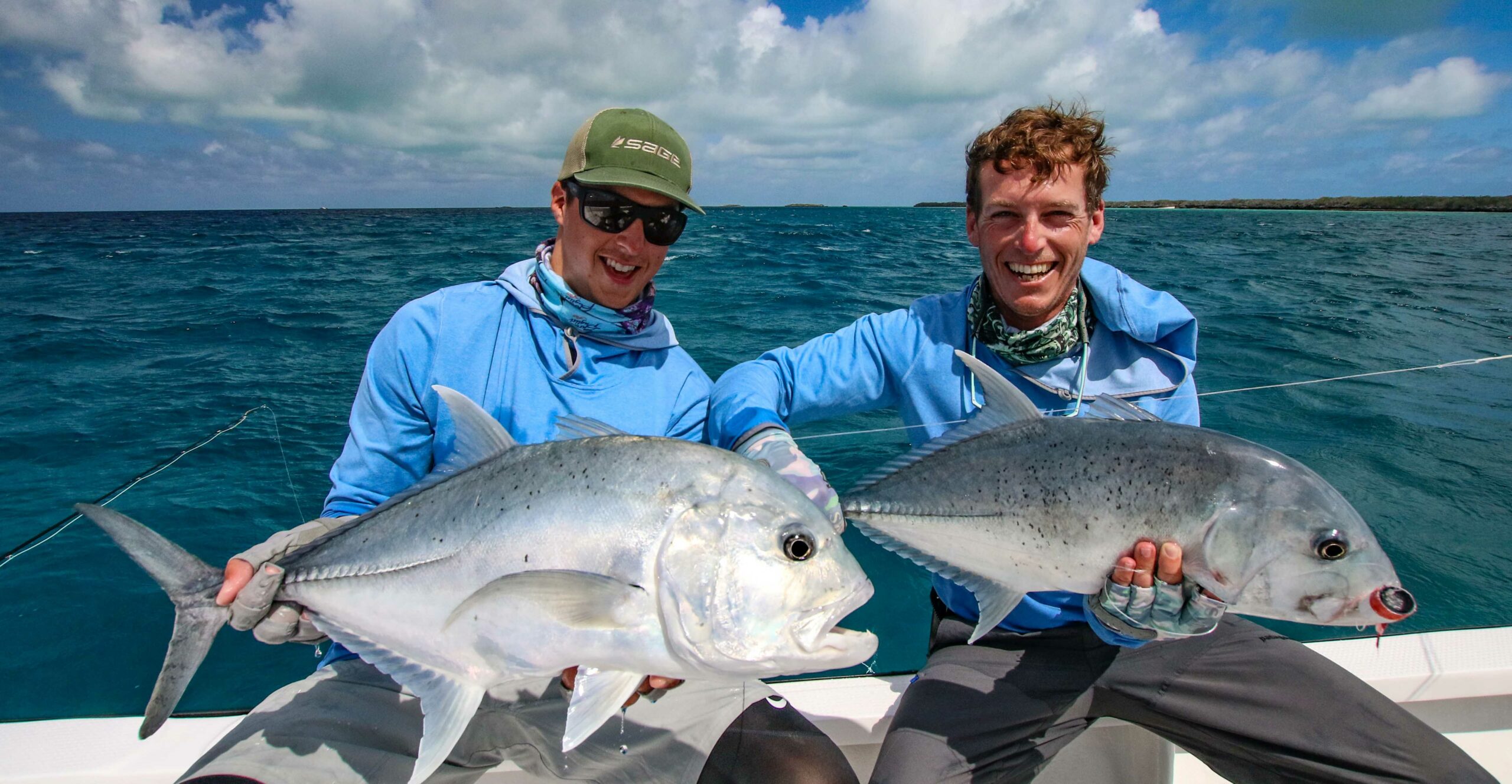 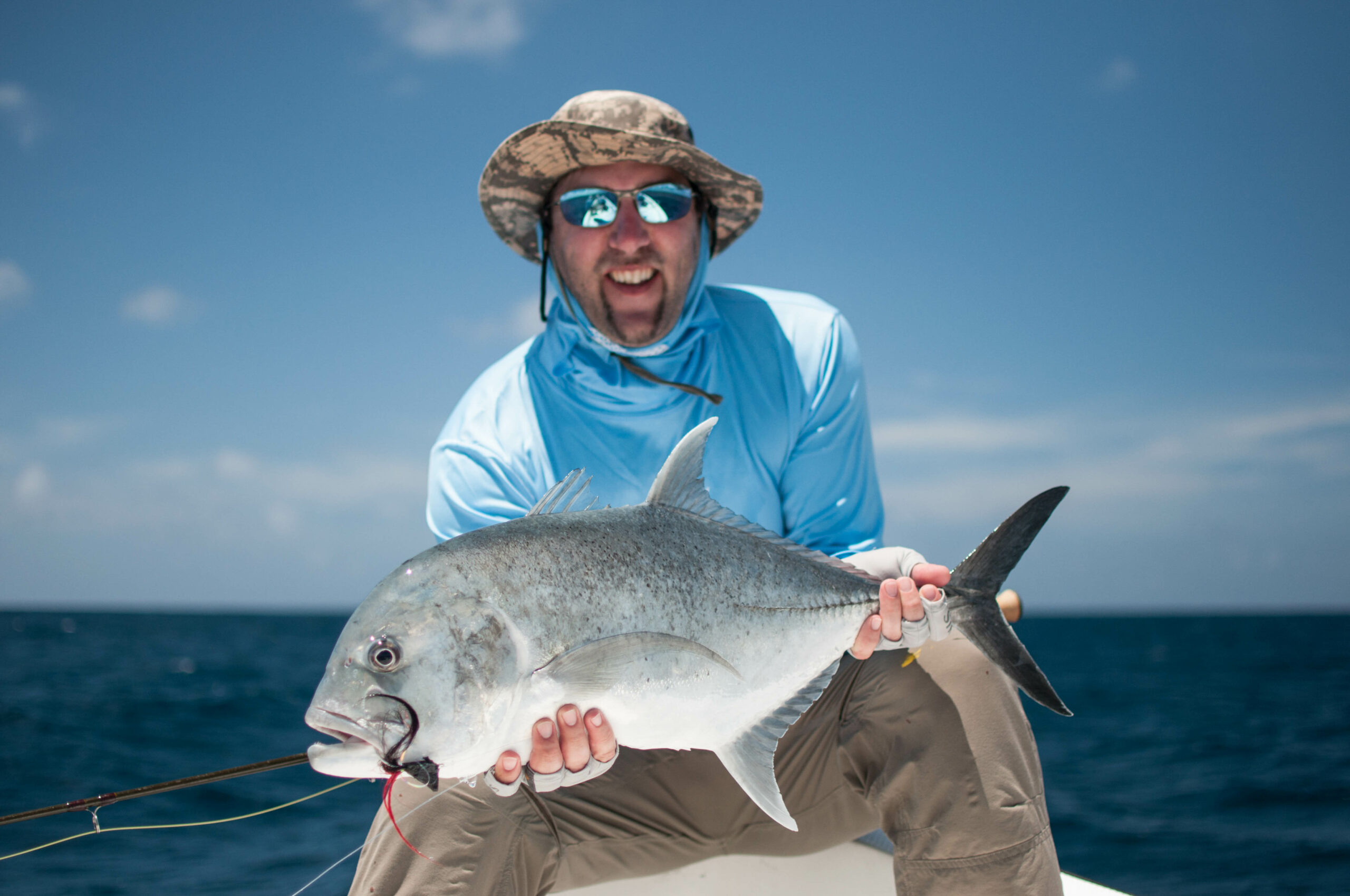 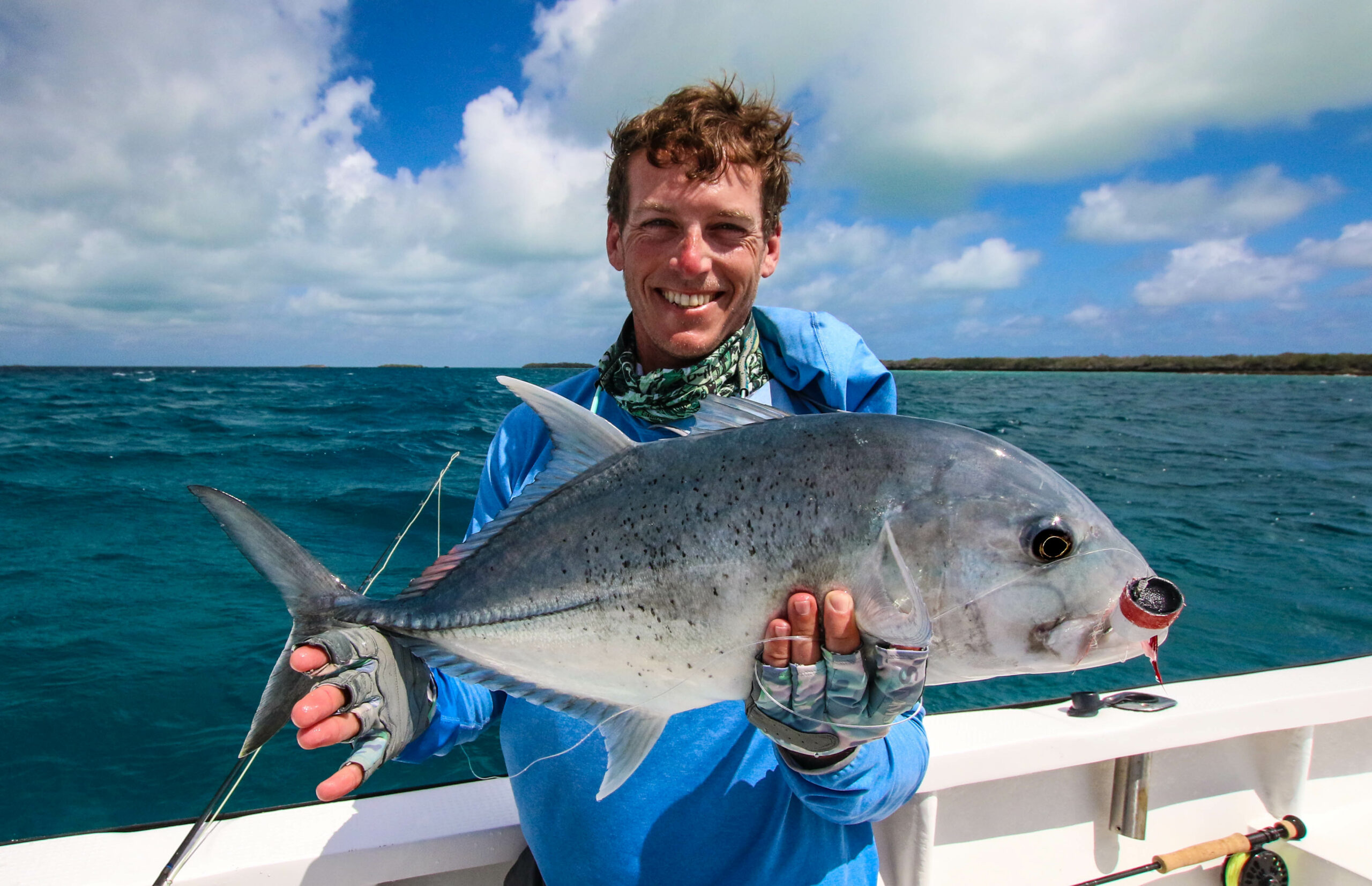