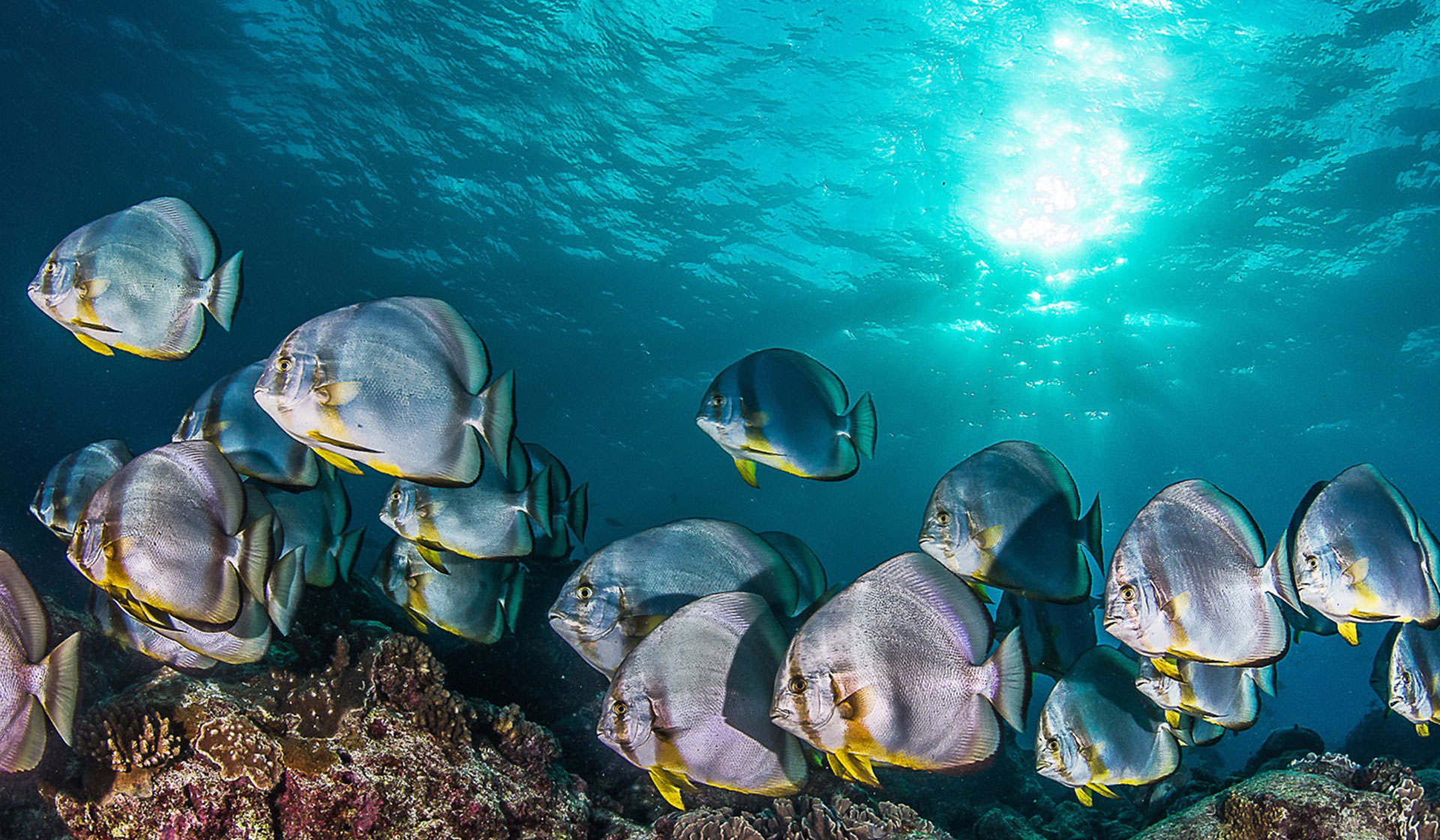 The partners managing the conservation and preservation of the unique biodiversity of Alphonse, Cosmoledo and Astove atolls are happy to share with you the Alphonse Foundation’s project highlight and news, developments and incredible nature sightings from the outer islands of the Seychelles.

The flagship project bringing together academic expertise, fieldwork skills and incredible angling knowledge from all partners involved has officially been extended. The funds received will assist in extending the lifetime of the acoustic array (the receivers ‘listening’ to the movements of 75 tagged GTs) by another 12 months.

With preliminary findings from the project showing interesting trends, such as GTs may be far more site attached than previously imagined and a lot more habitat or prey specific, the extension is the logical step to ensure enough data is captured to give a clear picture of the GT behaviour particularly in response to seasonal variation in angling pressure.

Furthermore, the batteries for the receivers finally arrived after border delays so the first data download of 2021 can begin which is very exciting- a chance to see if the area closures of the St Francois fishery in 2020 had any impact on the movement and site utilisation of the GTs.

The first quarter of 2021 has seen a remarkable increase in the number of burrows and chicks of this once-dwindling colony at Point Tamatave and as of March there are at least 63 active burrows and 37 healthy chicks.

This conservation success story is due to the efforts put in by the Island Conservation Society (ICS) to partially restore the natural habitat of the colony, felling coconut trees, and deploying bait stations all around the colony with mammalian poison. The biggest threat to the colony was from predation by introduced rats and cats, this effort has greatly reduced that threat and led to hopefully saving this enigmatic seabird’s breeding population in future.

3. Monitoring the movements and population dynamics of the reef manta ray around St François Atoll

The ongoing relationship between Blue Safari, Island Conservation Society (ICS) and the Manta Trust has been extended with the drafting of the latest MoU, which seeks to improve and streamline monitoring efforts and potentially expand the project to include additional sources of monitoring data.

On another exciting note, Skid- a young male manta who was fitted with a satellite tag back in 2017, has been seen again on the east side of St François, having been a frequent resident of the area until 2018. He was accompanied by a bluefin trevally that was using him to hide- unique interspecies hunting behaviour deployed by trevallies but not been captured with mantas before!

ICS has been collecting continuous data on seawater temperatures from ten loggers, places around eight sites. Seawater temperature has a huge impact on coral reef ecosystems- affecting the daily and seasonal movements of fish and invertebrates, inducing spawning in many species and negatively impacting coral health if too high.

Due to strong seasonal upwelling of cool water (18-24 deg) being recorded on sites on the south east of Alphonse Atoll the array of loggers was shuffled around to give a more accurate representation of water column temperature stratification. Probes have been set at depths of 12m and 25m along the reef slope.

The critical projects conducted by ICS and Blue Safari in the outer islands of the Seychelles have been successful in creating long-term monitoring programmes because of the successful model of the Alphonse Foundation. However, Covid-19 continues to have an effect on guest numbers and donations. If you would like to help, any contribution of any size is greatly appreciated.

Please go to the following link to see a copy of the Foundation brochure with project details: Alphone Foundation Brochure