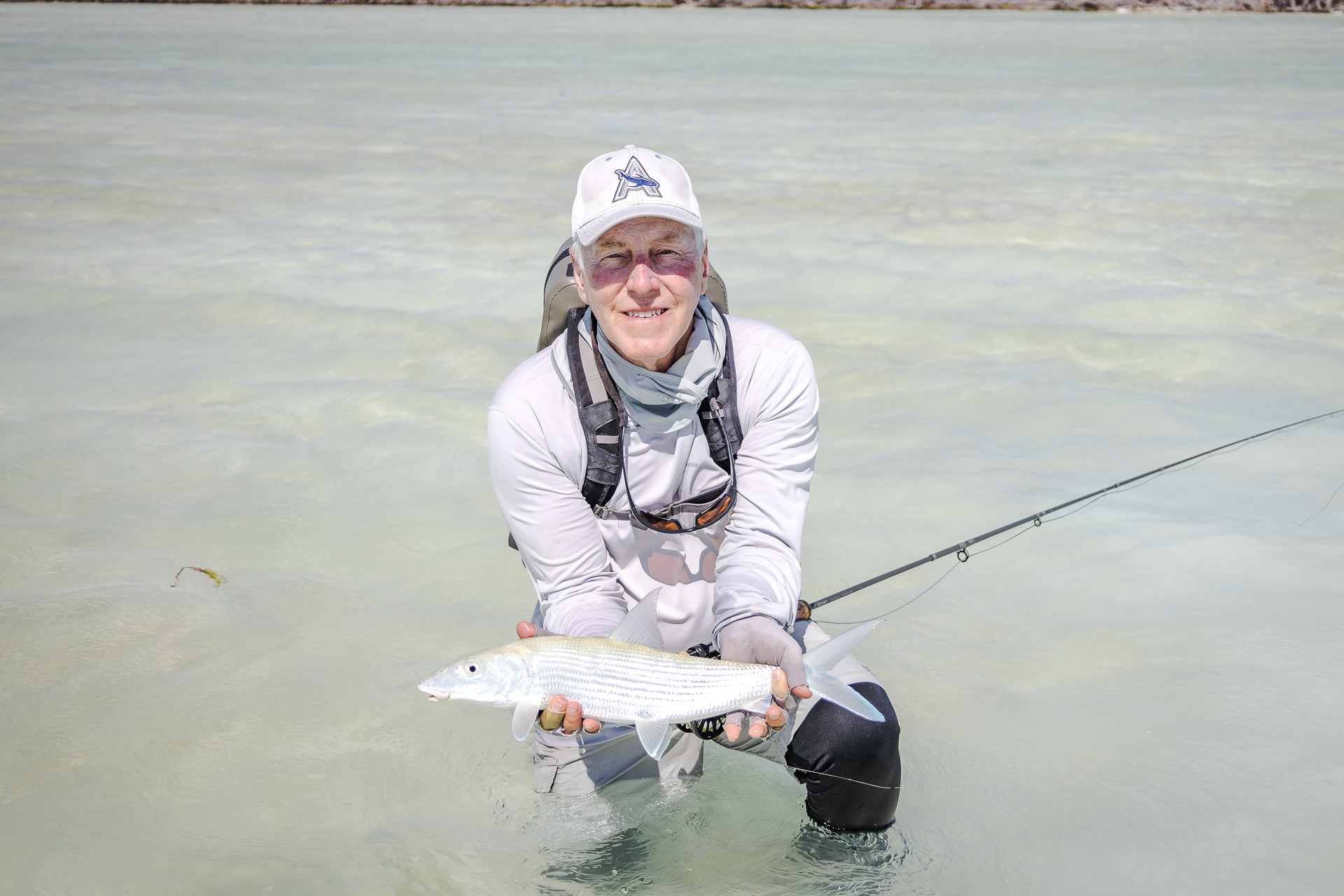 The south-easterly wind still blowing on the outer edges of Astove made for some interesting walks and routes chosen. The tides moving over from a spring tide towards a neap tide meant the guests would experience a bit of everything Astove has to offer.

The first day was very hot and the tides pointed towards the lagoon, Dave and Rich getting themselves stuck into many smaller GTs for the morning, with none of the bigger ones on the move, bonefish was the option between the change of tides. Dave and Rich got themselves about 10 bonefish each while heading back for lunch. The afternoon was productive but minor tackle failures placed those elusive GTs still on the waiting list.

Hungry for more of what the atoll has to offer, the next day permit hunting was on the cards for Dave and Rich, shots would be the closest they got as the wind made for tricky casting conditions. After the afternoon walk, Dave decided to rest up while Rich was not giving up just yet, an outside boat mission off the western wall proved to be a good choice. Rich got stuck into several bluefin trevally and landed a great-sized one 68 cm. Next up was his GT, which couldn’t refuse the fly and after an amazing fight, Rich was grinning ear to ear having landed himself a 67 cm GT.

Again, opting for an outside boat day, dredging was the starting choice and lyre tail grouper was on the menu, Rich landed himself a beautiful specimen which made for good photos. There were some more bluefin caught to finish off the day.

After a couple of active days on the water, Dave and Rich wanted to take it easy and do some more lagoon bone fishing, after a good number each they decided they have the energy for another walk on the outside. They each got themselves a bonefish very close to the 10 lb mark in the surf. Big eye trevally moved onto the flats, Rich getting stuck into a good number whilst Dave caught a few and chased down his second big bonefish for the day. Still, with time left in the day, they headed out on the boat again. This time Dave was determined, and it paid off. Dave got himself two GT at 68 and 67 cm as well as several bluefins. Rich had some unfortunate luck but still landed himself a good number of bluefin trevally and a unique catch, a beautiful rainbow runner.

Nearing the end of the week, after a morning hunting GTs patrolling the shore, they decided to rest and again and head out on the boat. Grouper seemed to have the upper hand this time, a few lyretail grouper landed and bluefin kept Dave and Rich busy.

The last day held a venture to the mouth of the lagoon. After a few smaller GTs Rich and Dave moved up higher into the lagoon hunting the dropping-out bonefish. The afternoon choice again was the boat. Dave found himself tussling with the unknown on the dredge which unfortunately won the battle in the end. He also landed himself a beautiful rainbow runner. Rich and Dave got a few more, better-sized bluefin to finish their time in Seychelles. 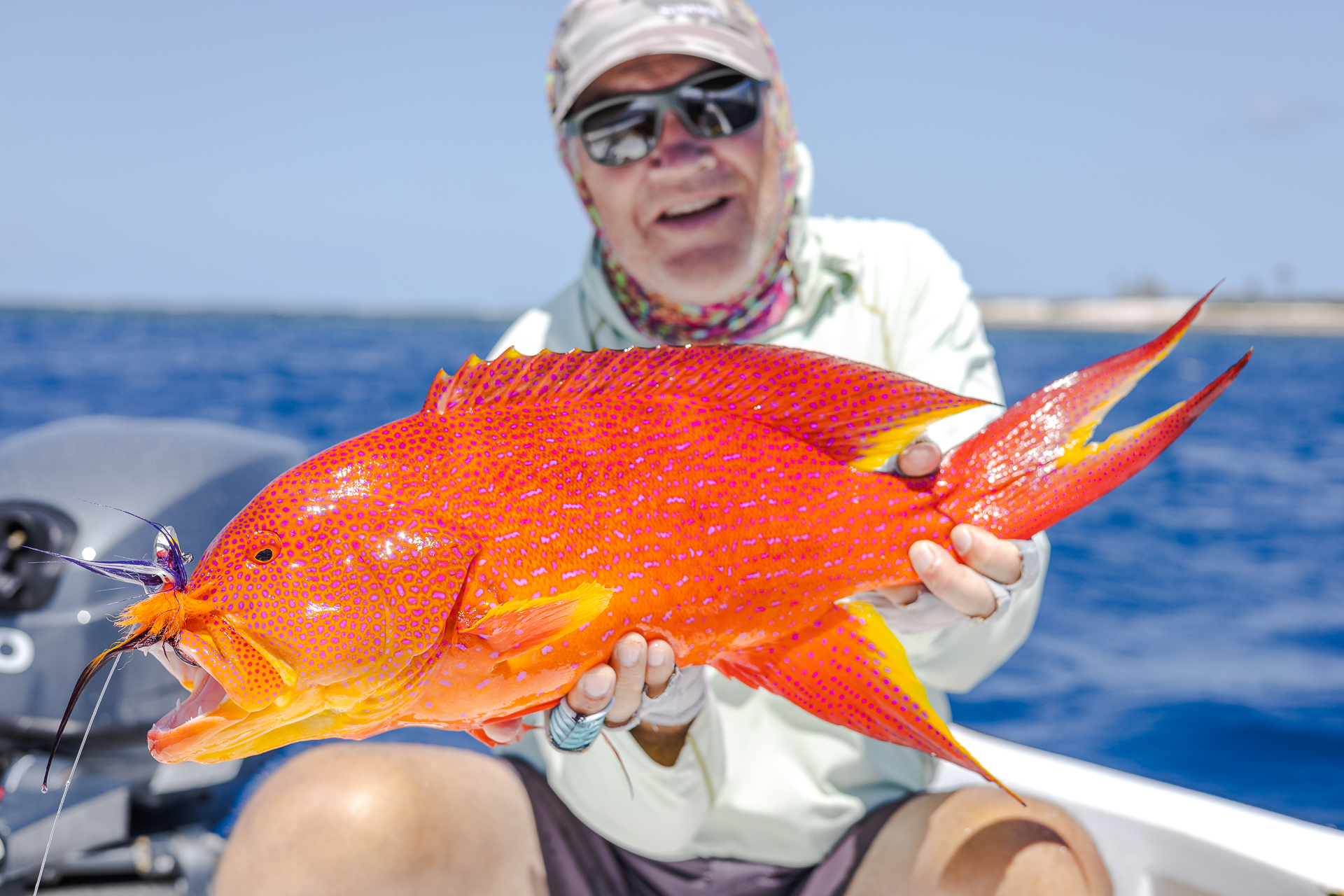 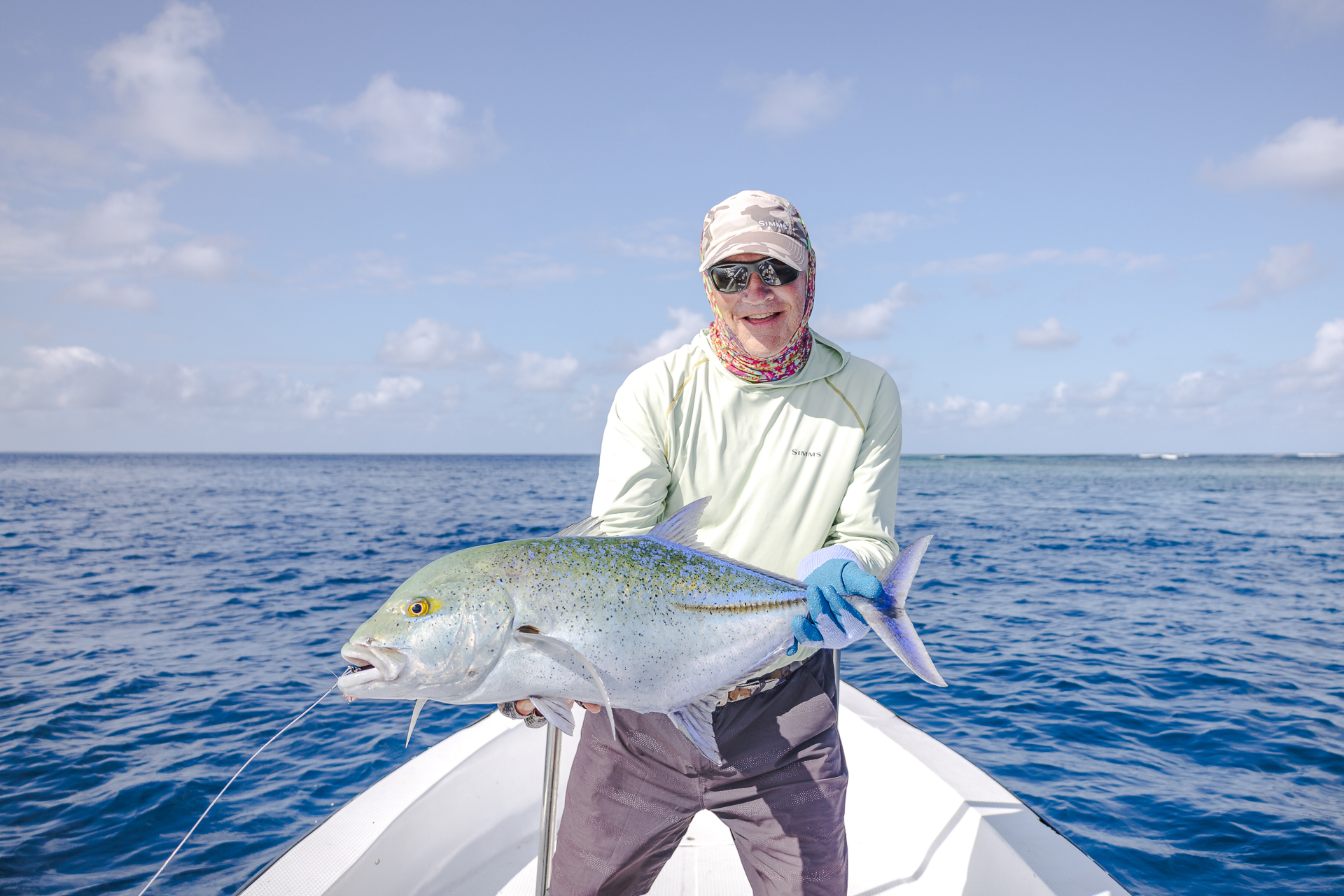