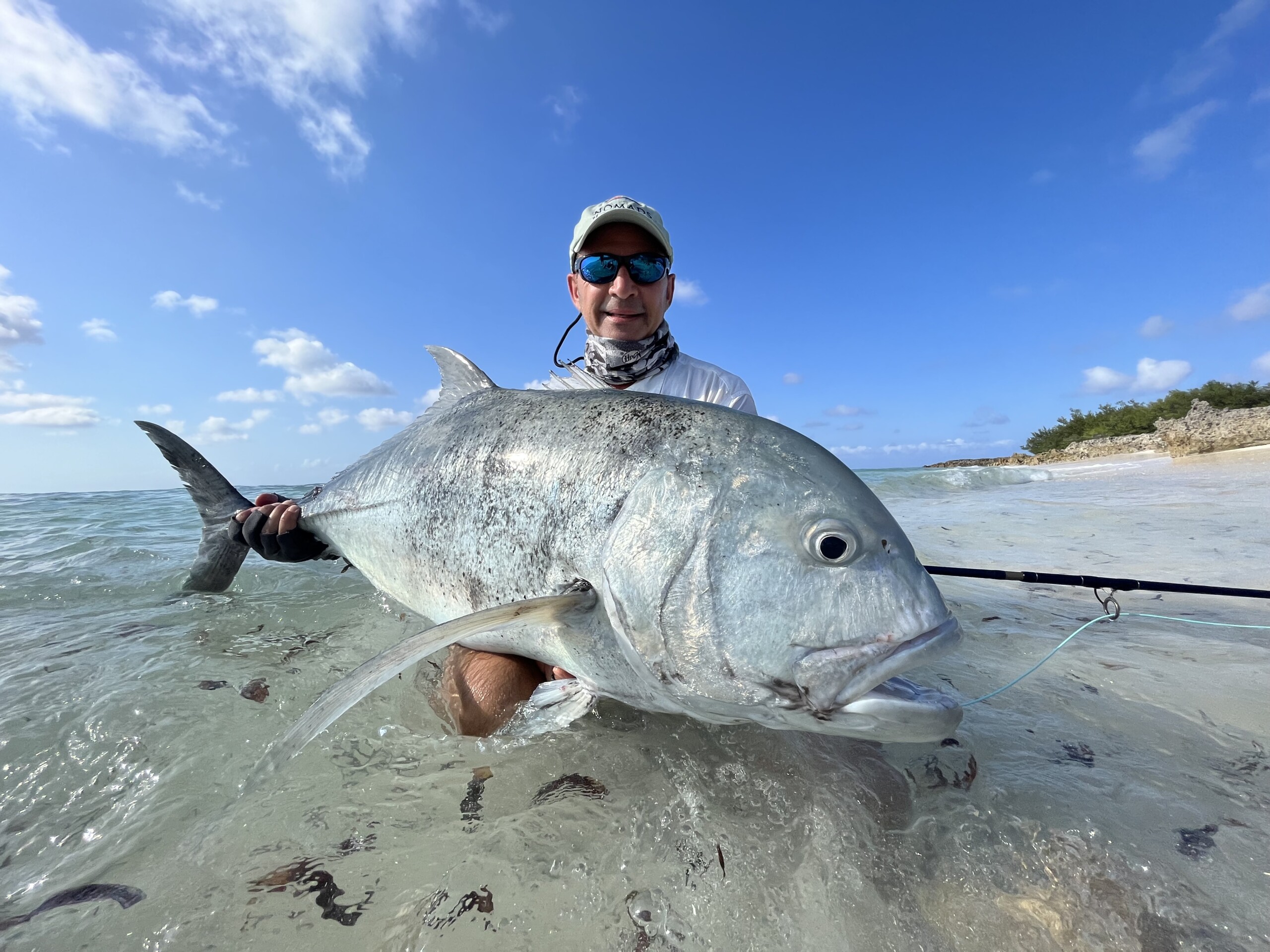 With the week starting on spring tides, the weather allowed for good casting and a few cloudy days brought out the low-light lenses.

One of the anglers, Dylan, had his mind set on getting his first GT, and he was up for the challenge of hunting. He managed to capture some surf bonefish while itching to hold the 12 wt for GTs. His hard work paid off and he was rewarded with an 84 cm GT to finish the day.

Patrick, Dylan’s father, had watched his son land his first GT the previous day and was hungry for the same. He captured a beautiful 104 cm giant trevally at Paulie’s off the rocks. JT got addicted to hunting the triggerfish and couldn’t get enough of these feisty creatures with their insane attitudes. He got a few bonefish in the surf in between hunting for those triggers.

JT, not yet trigger-satiated, set out on a triggerfish hunt again, this time capturing two moustache triggers as well as a nice GT. Patrick and Dylan kept busy throughout the day on bluefin trevally and bonefish on their surf walk. While JT was trigger-hungry, there’s always something to get in between and he also got stuck into some bluefins and bonefish with the other anglers.

After hearing so much about dredging, JT had his mind set on giving it a go. After losing something big in the deep, he went tight and brought up a nice GT. Patrick and Dylan were also keen to head out, Dylan was up first and not long into the session went on with a nice GT which shook the hook. He didn’t let it get him down, he persevered and landed himself a good GT.

On the last day, Patrick and Dylan wanted to have another taste of dredging, this time Dylan knew exactly what was required and he managed to land two GTs. JT was a man on a mission on the final day, capturing a GT early in the morning on the high tide off the beach. Triggerfish back on his mind, he set out to get another. He was quickly rewarded with his third moustache triggerfish and then shown how feisty they can be, losing a good fish to a broken hook, these triggerfish really do put tackle to the test for their size. With the slam on the card, and only needing a bonefish to complete it, JT spent a quick five minutes in the lagoon and a bone later, he has his flats slam to end the week! 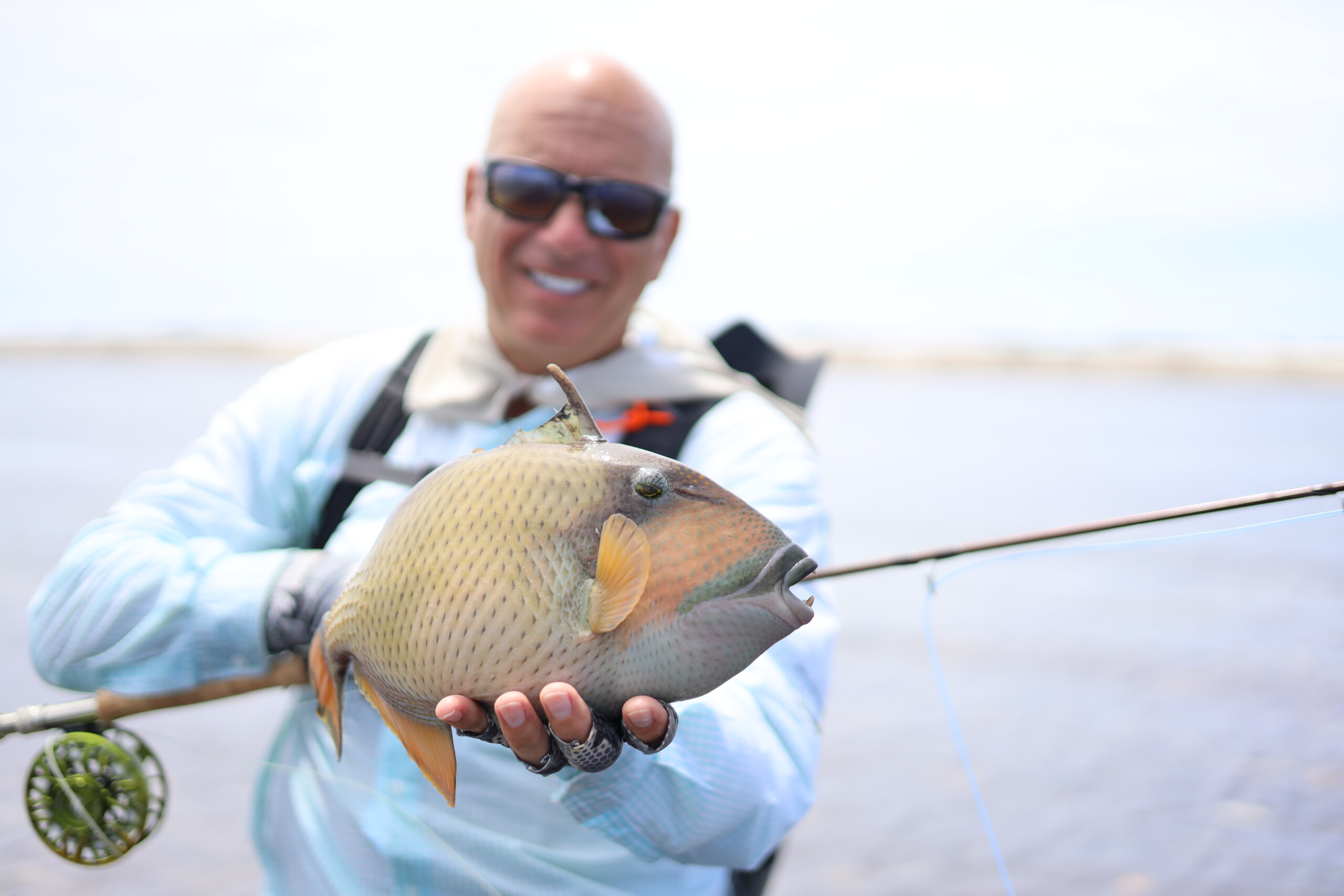 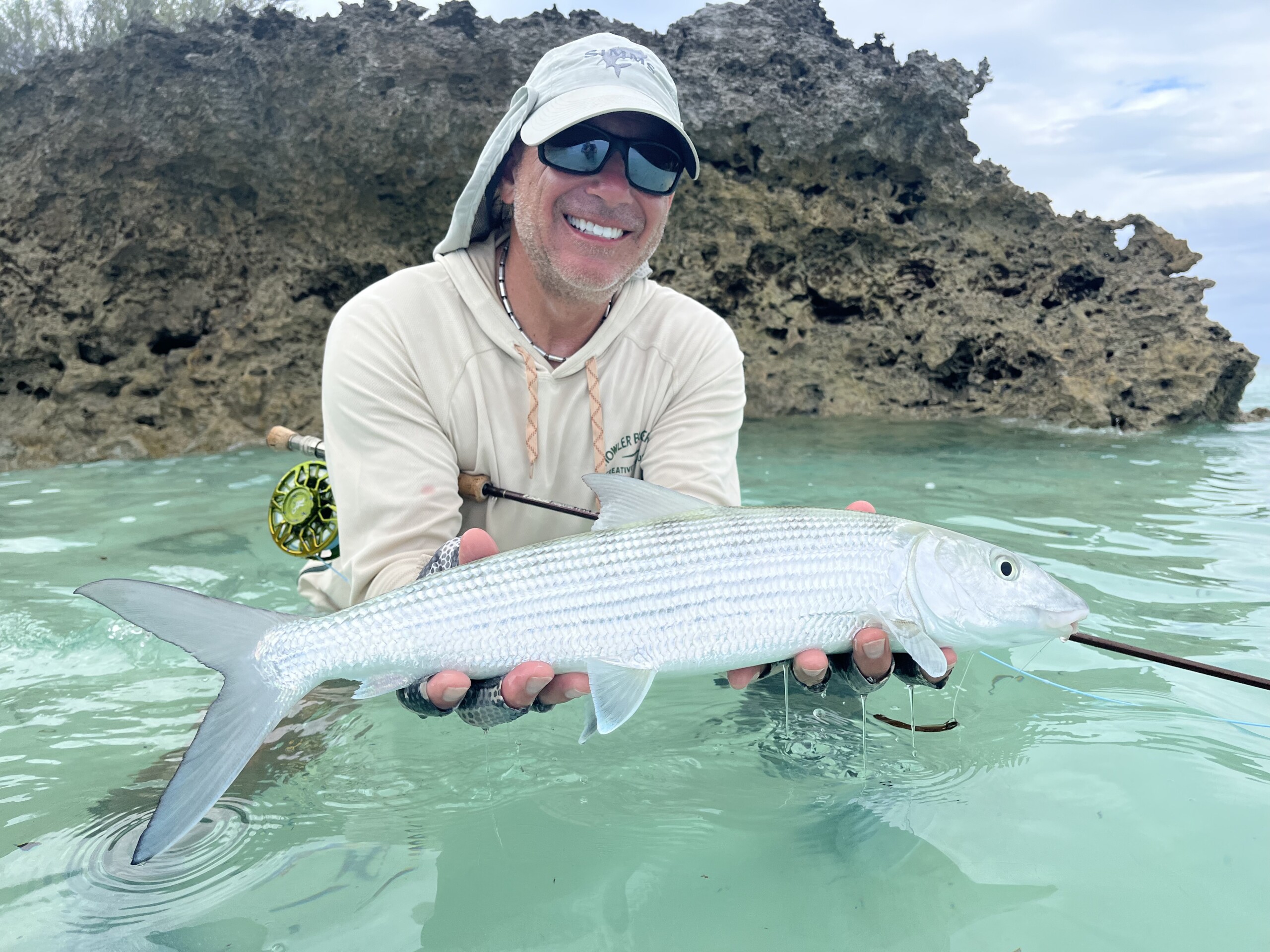 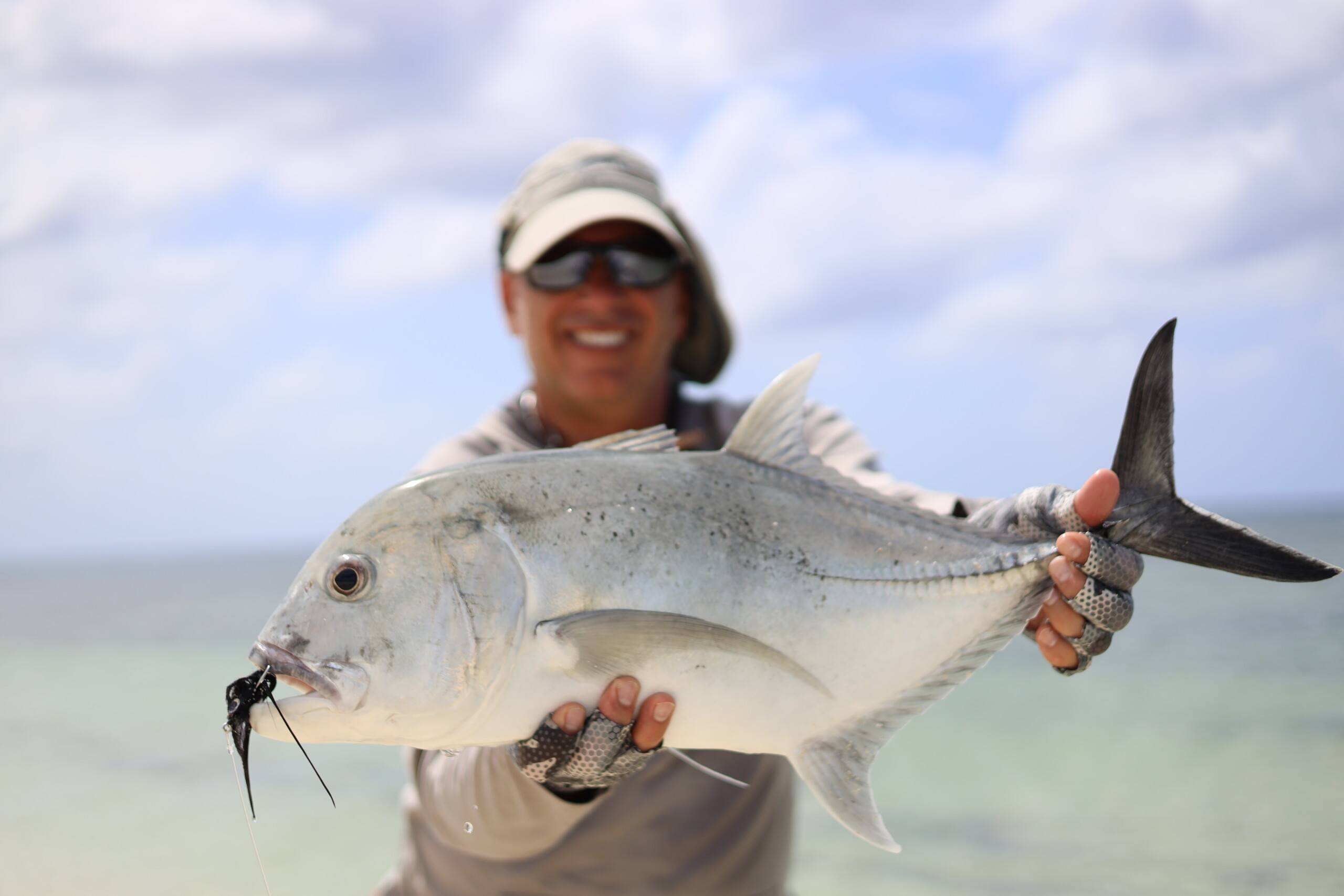 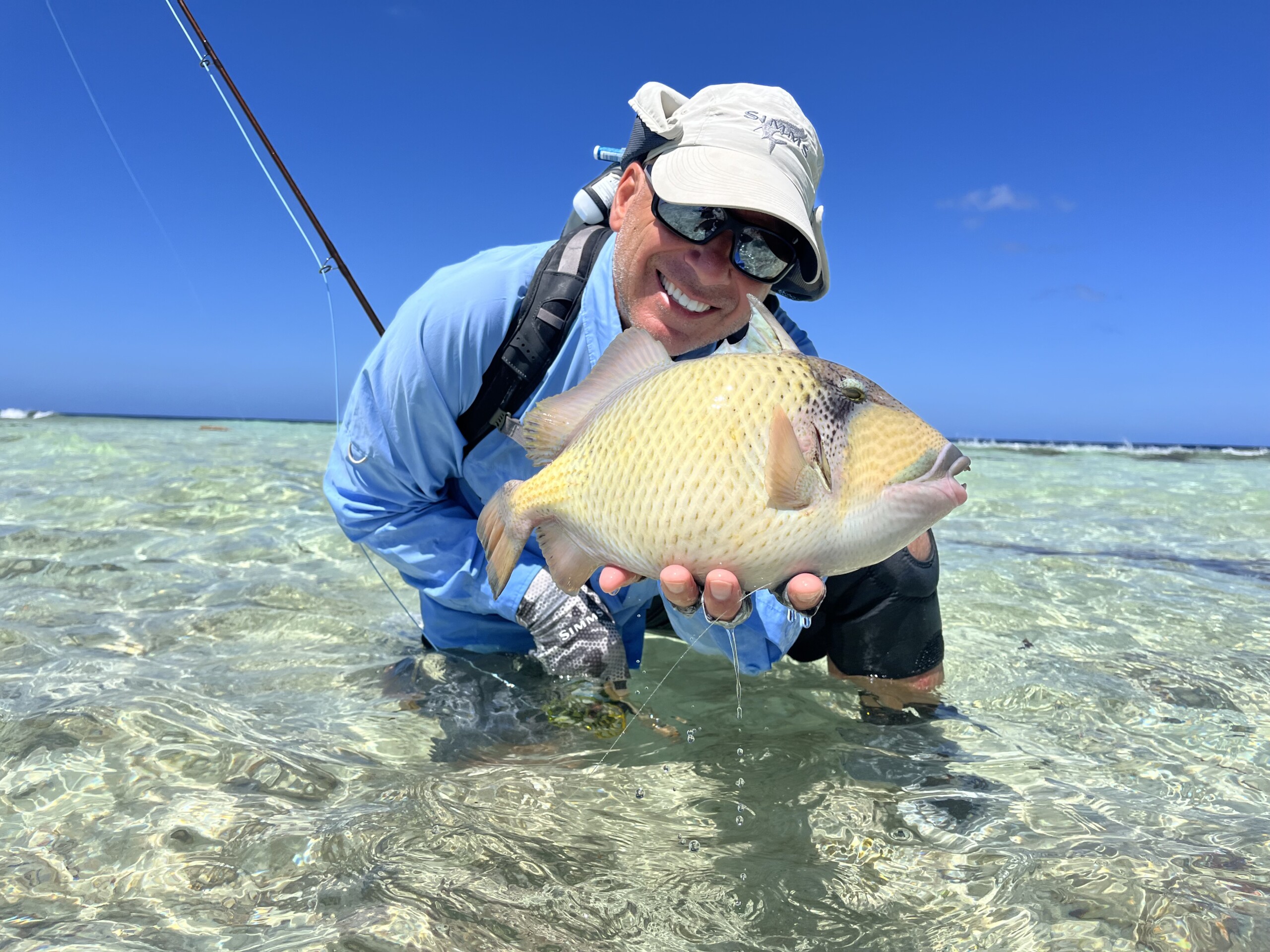