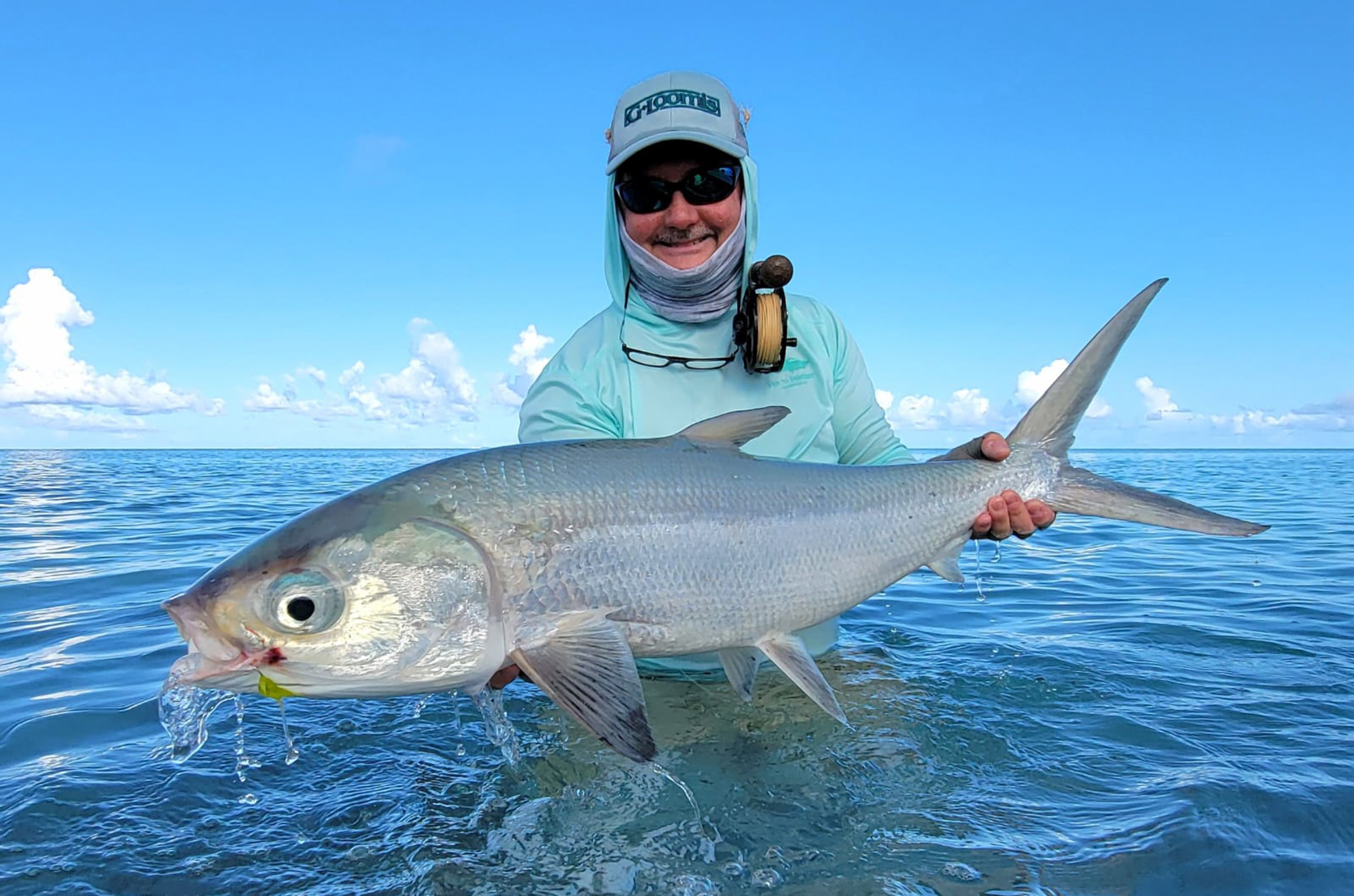 We were blessed with another week of lovely weather here on Alphonse producing some epic days on the flats. The spring tidal cycle was true to form, with some big GTs being caught.

The bonefish were very obliging this week with over 600 being caught!! Sarah, Steve, Nick, James, Alan, Adam, and Graham all caught their first bonefish. Jeff, Jean, Mark and Sarah all also managed to catch 20+ bonefish on multiple occasions. Sarah, Dianne and Katherine all spent some time looking for bigger bonefish, with each catching bonefish greater then 60 cm.

Wade spent half a day on the bluewater boat catching a sailfish on fly and then finished off his day on the flats catching bonefish, completing a Bills and Bones Slam. In terms of a unique catch on the flats, John managed to land a lovely batfish. Sherry managed a very special fish this week as well, catching her first permit and the only one for the week.

Only two triggerfish were landed this week, the first being a nice sized yellowmargin triggerfish caught by Mark and John landed a lovely moustache triggerfish on his last day. The GTs were out and about this week with lots seen and a good few caught. Mark, Nick, James, Wade, John, Abbott, Katherine and Jean all managed to catch their first GTs. Pierce and Adam also managed to add some more GTs to their tally’s. Wade managed to land the GT of the week measuring 88 cm, on the last day.

Finally and definitely the angler of the week, Mark managed to catch a milkfish, a dream fish, a lovely 85 cm GT and 20+ bonefish to finish off his week with a Flats Slam. On the bluewater side of things Wade, Nick and Steve all caught their first sailfish on fly, while Nick also managed to catch his first wahoo.

Well done to all the anglers on a great week of fishing. Next week is looking like another great week of weather, with the tides moving towards the neaps keep a look out for reports of triggerfish and permit. 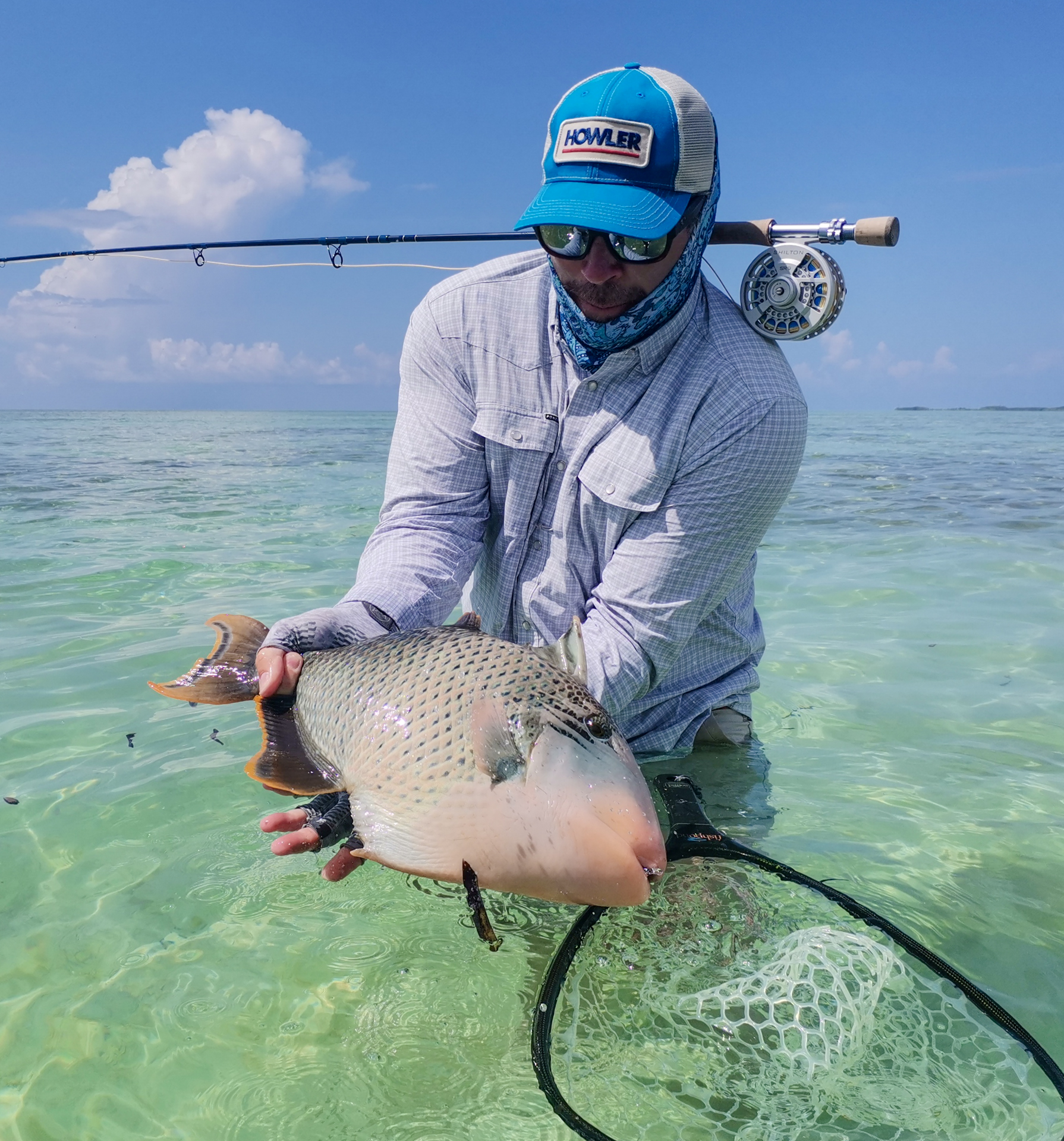 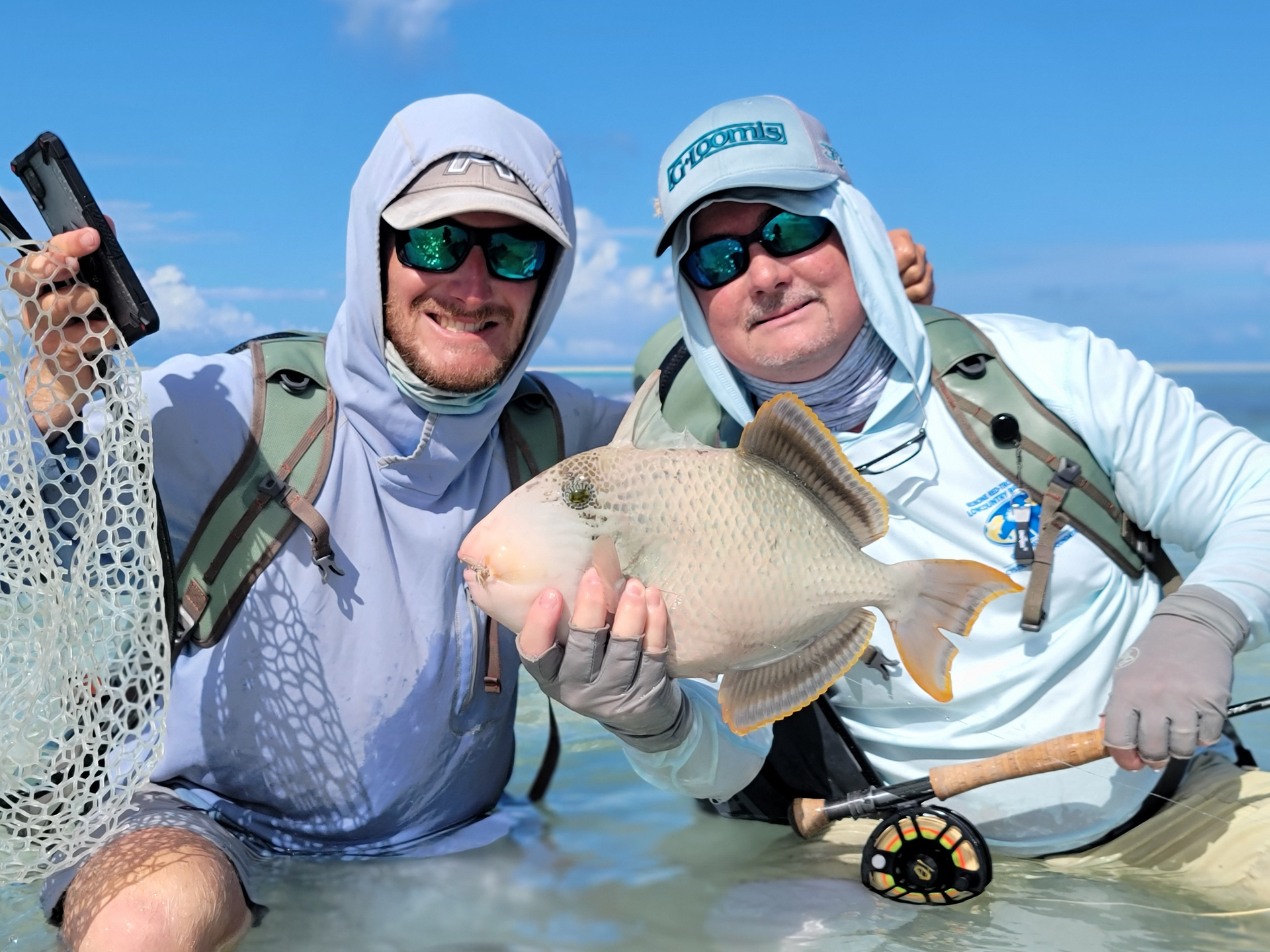 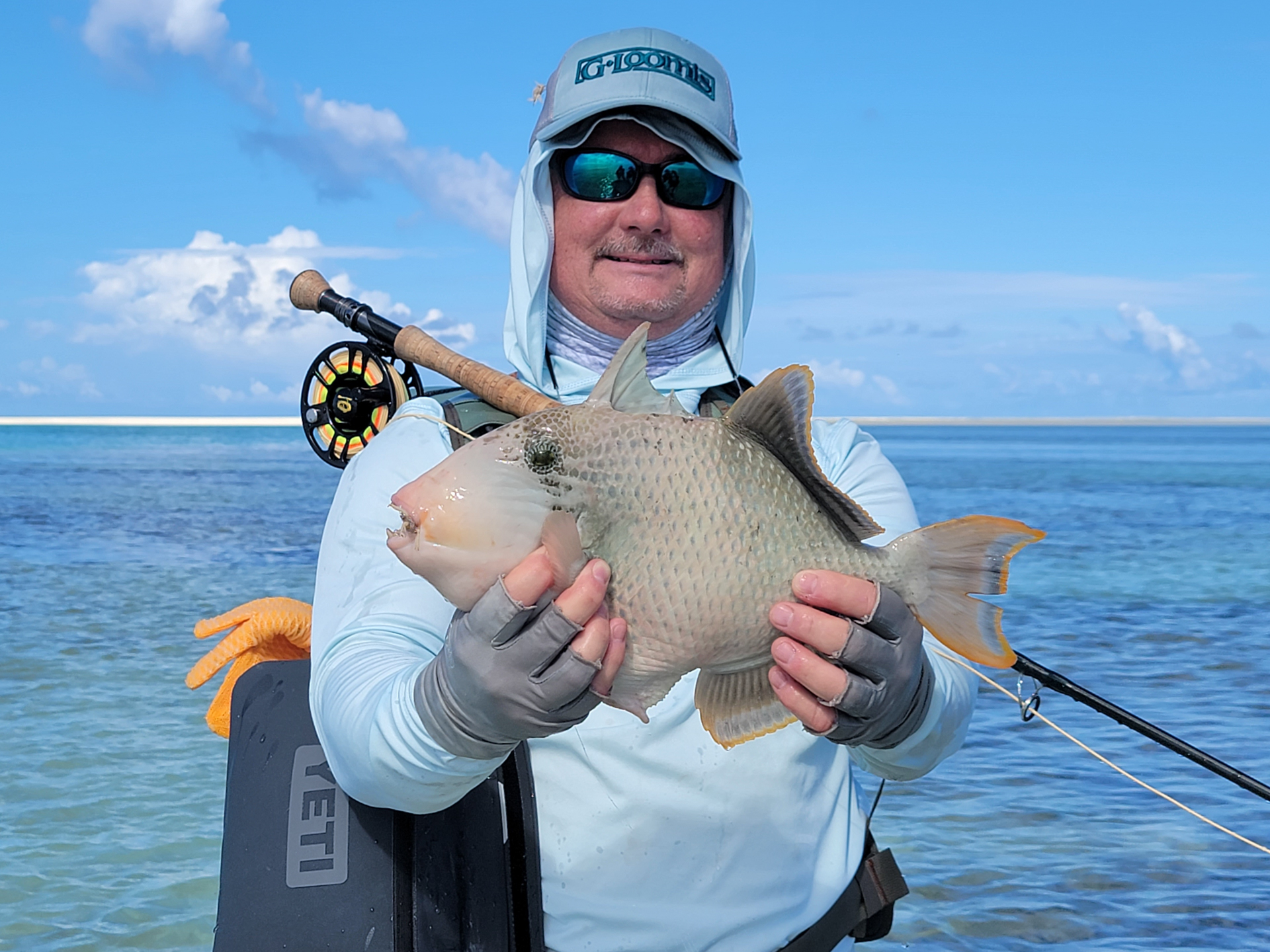 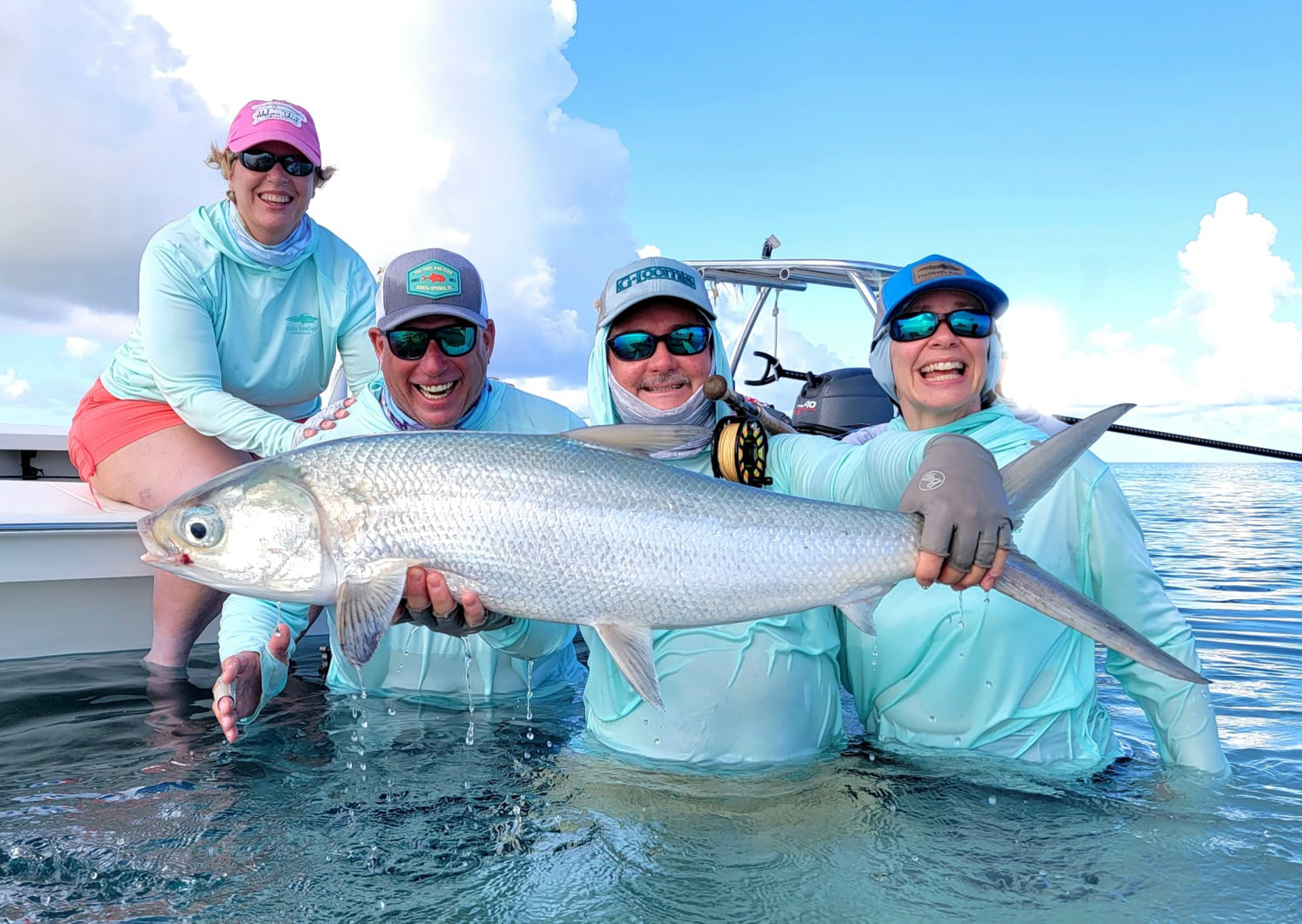 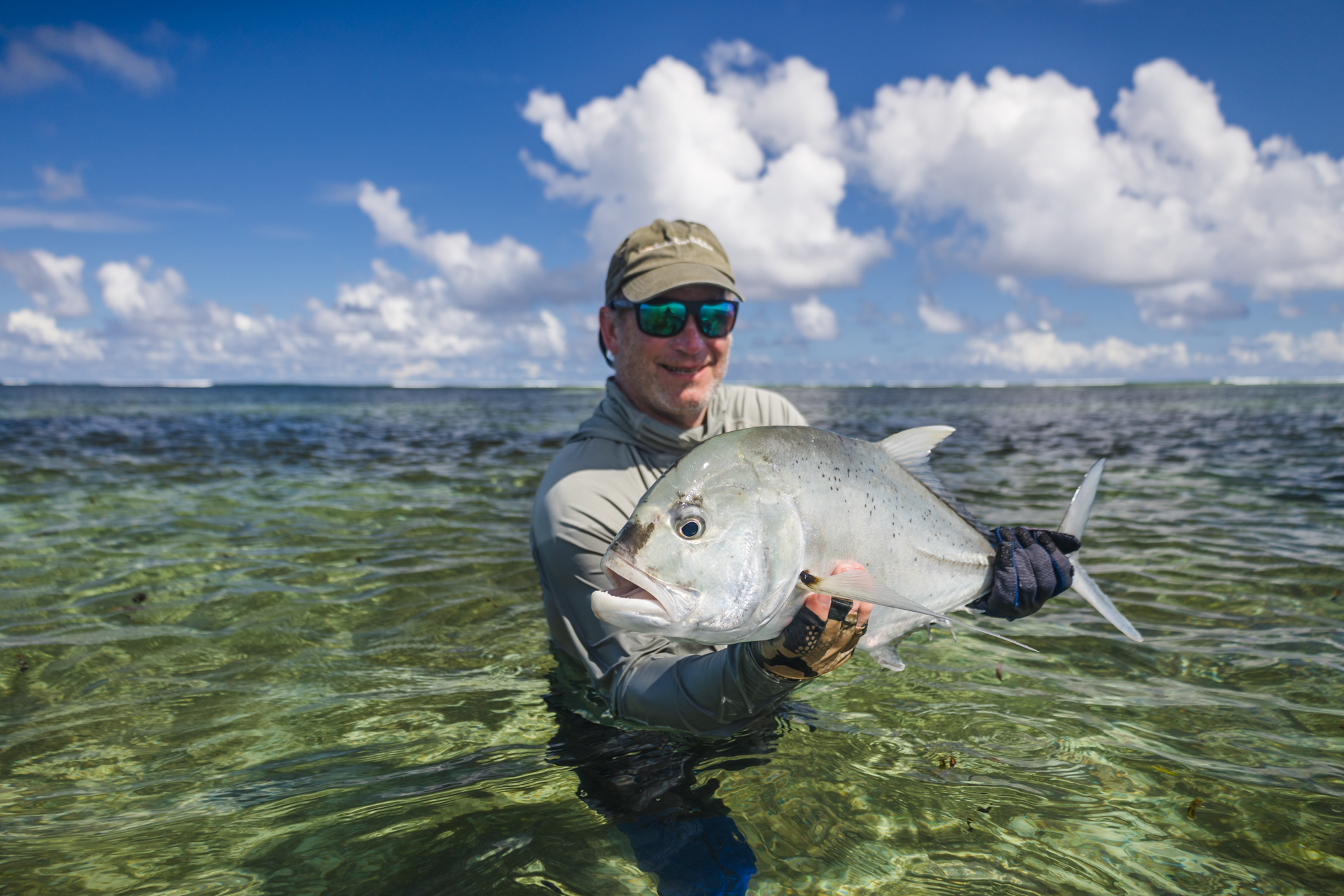 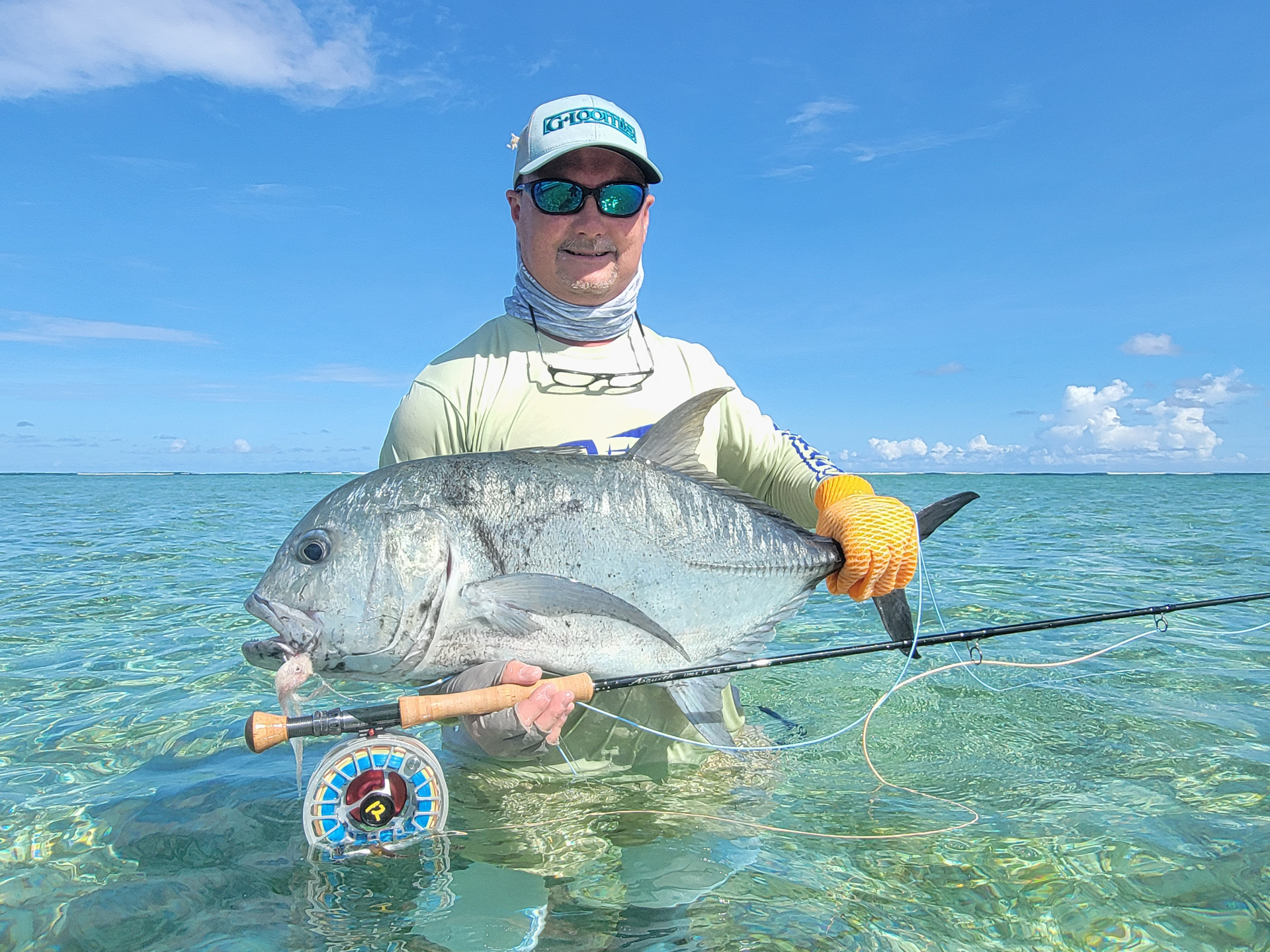 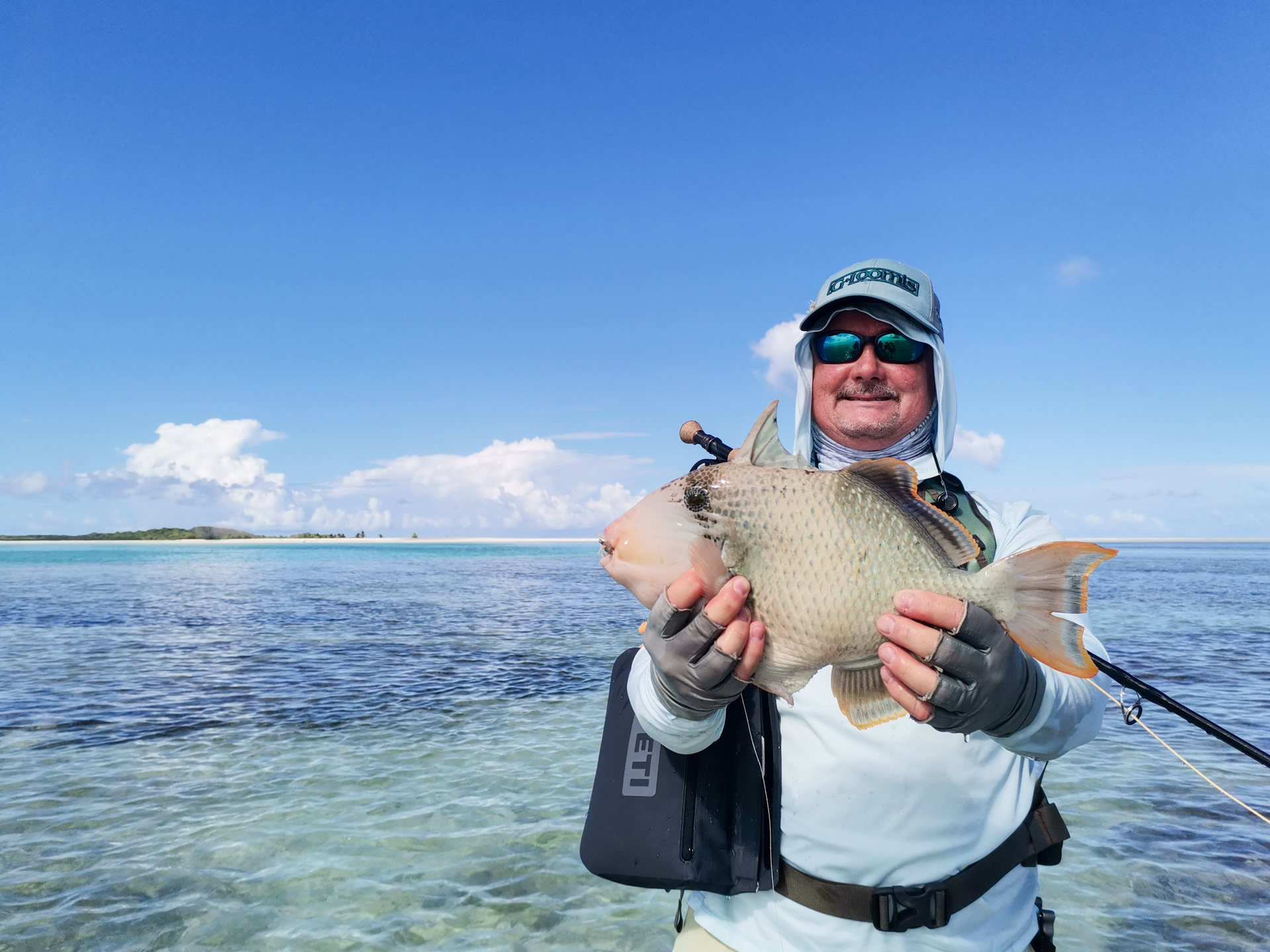 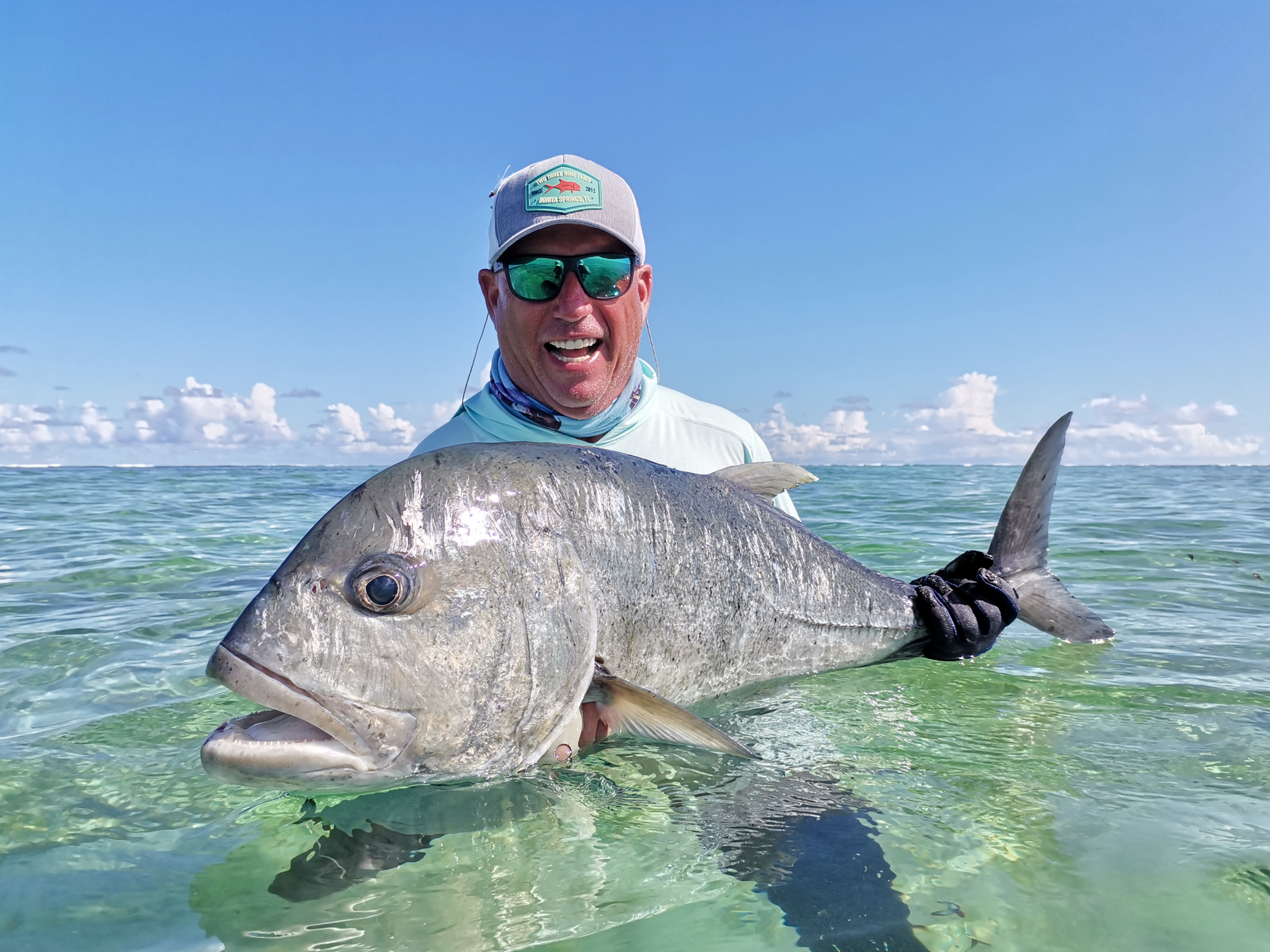 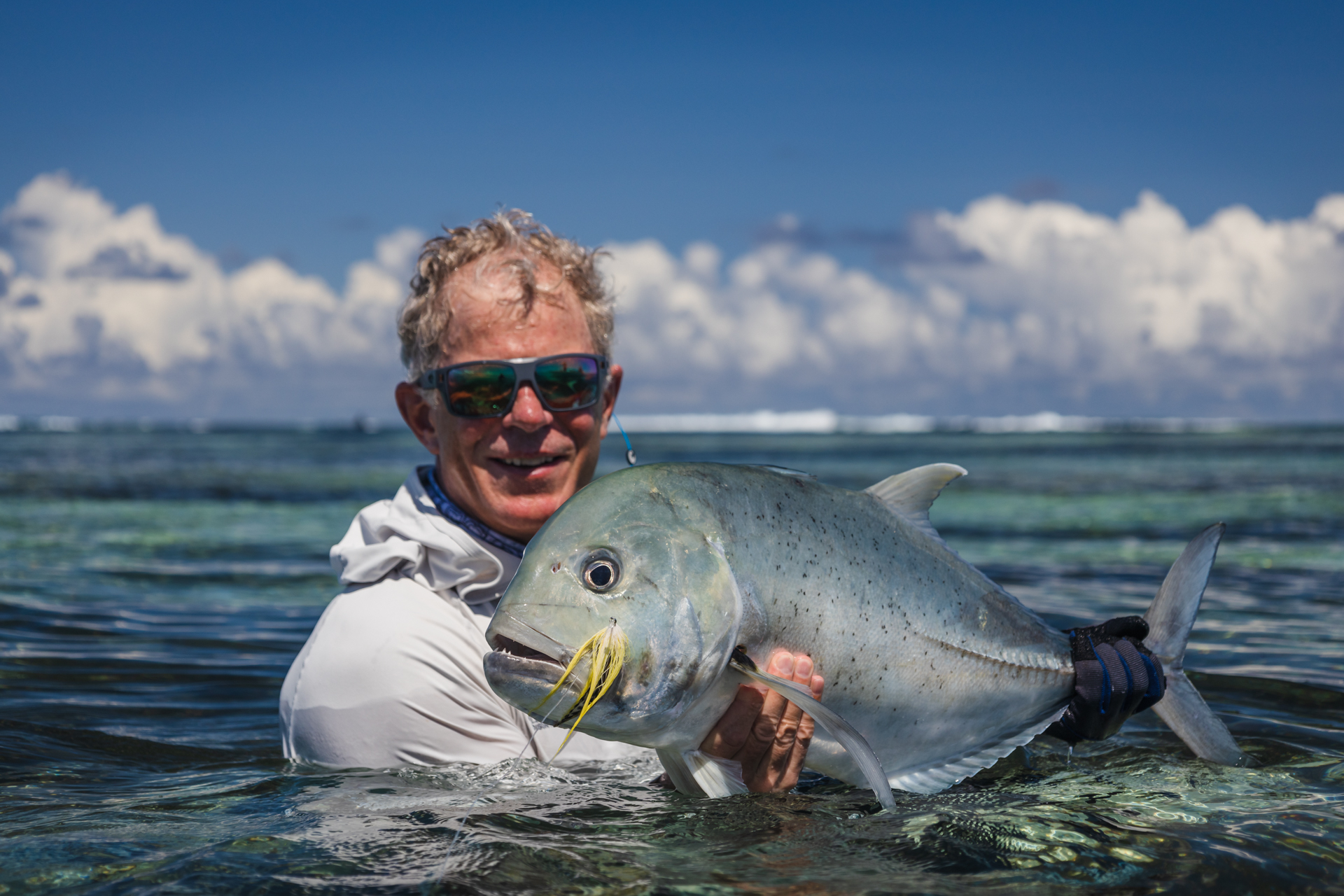 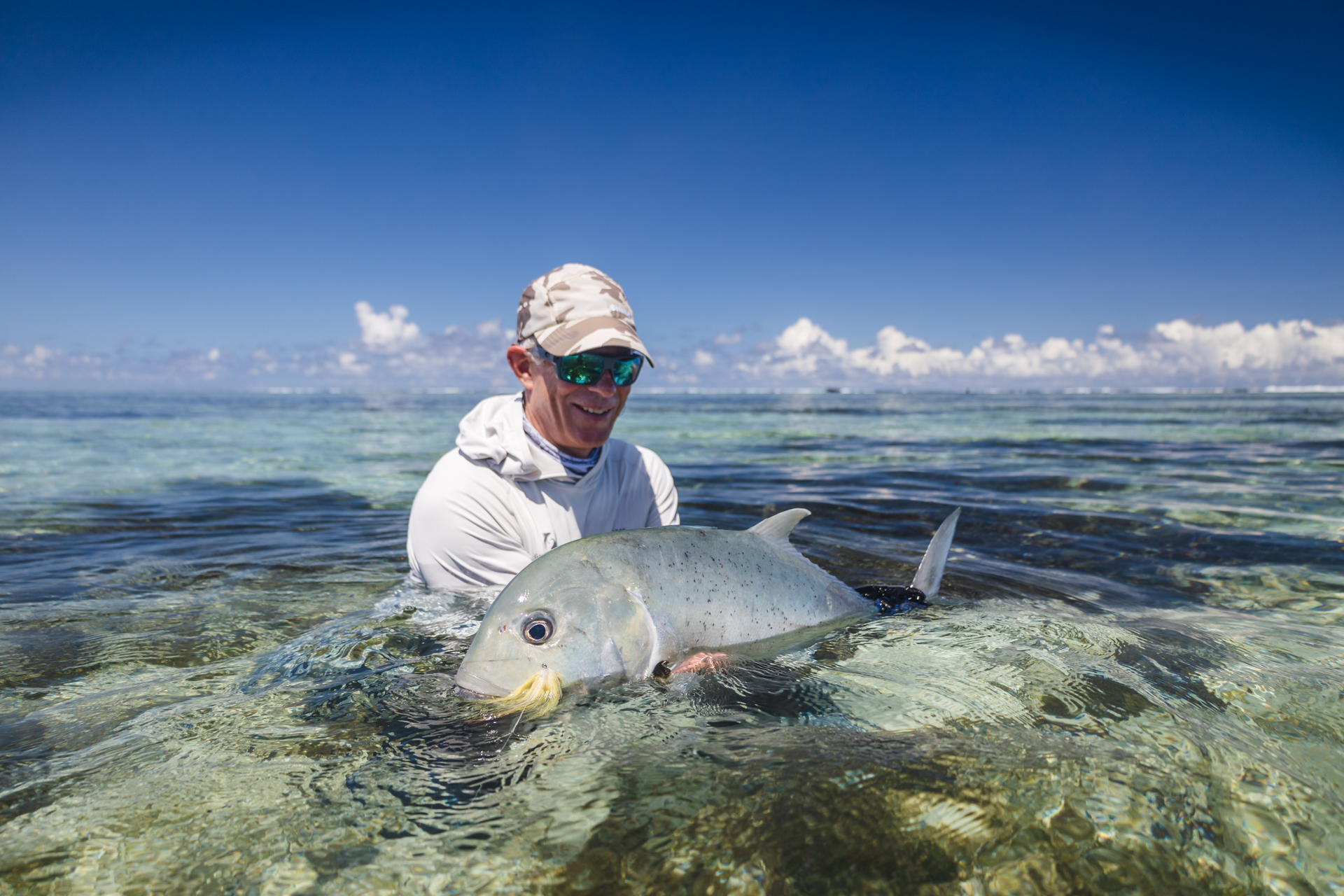 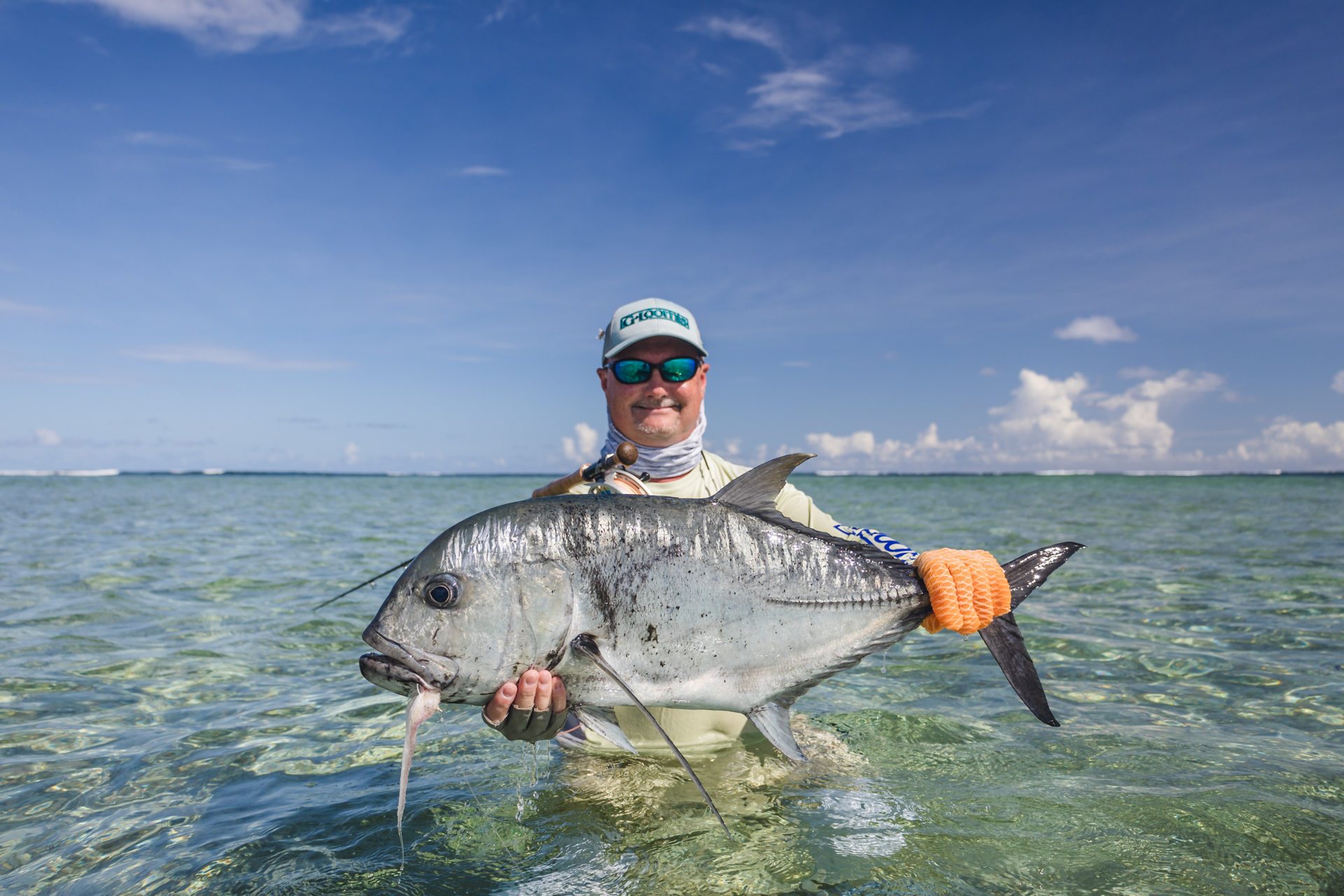 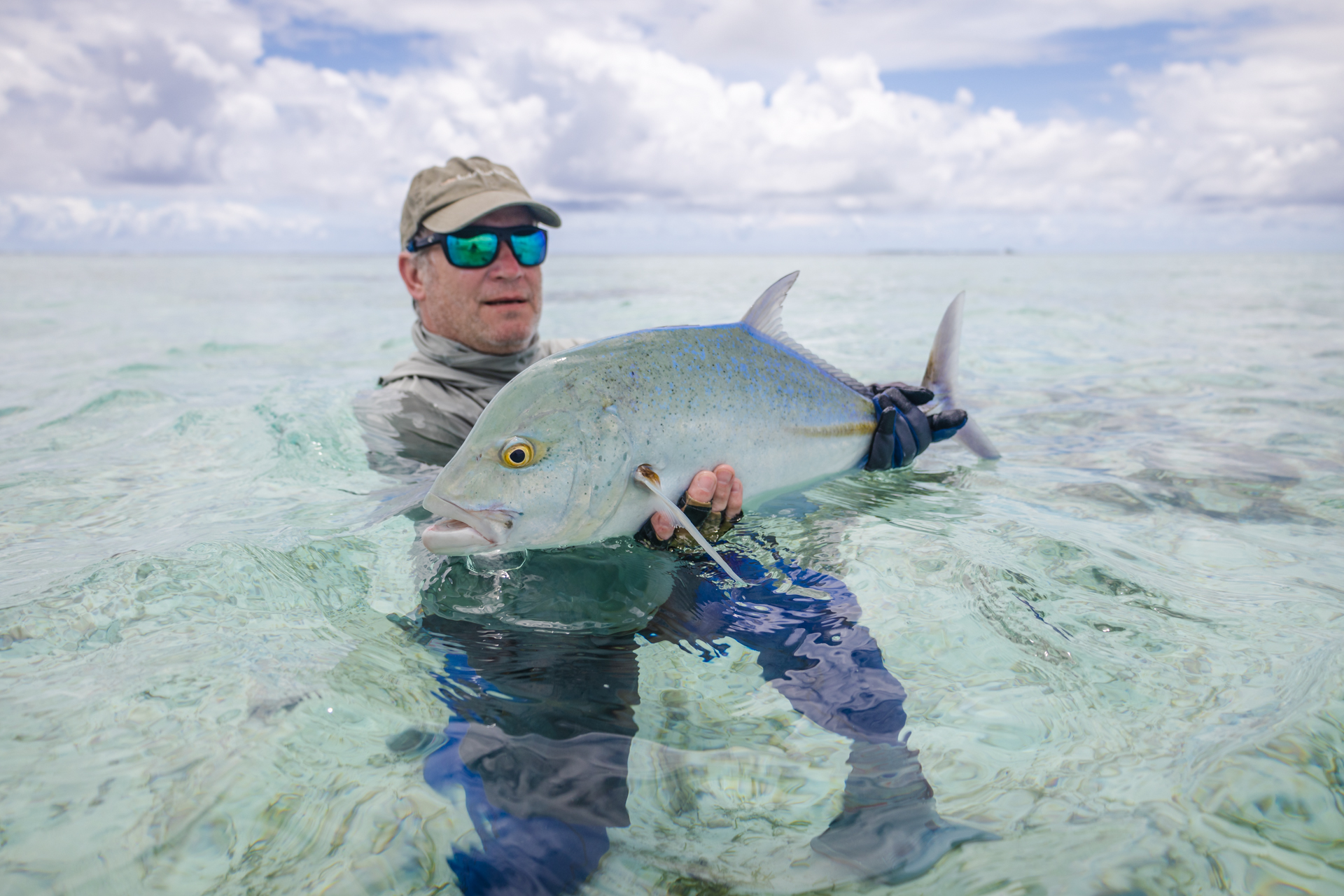 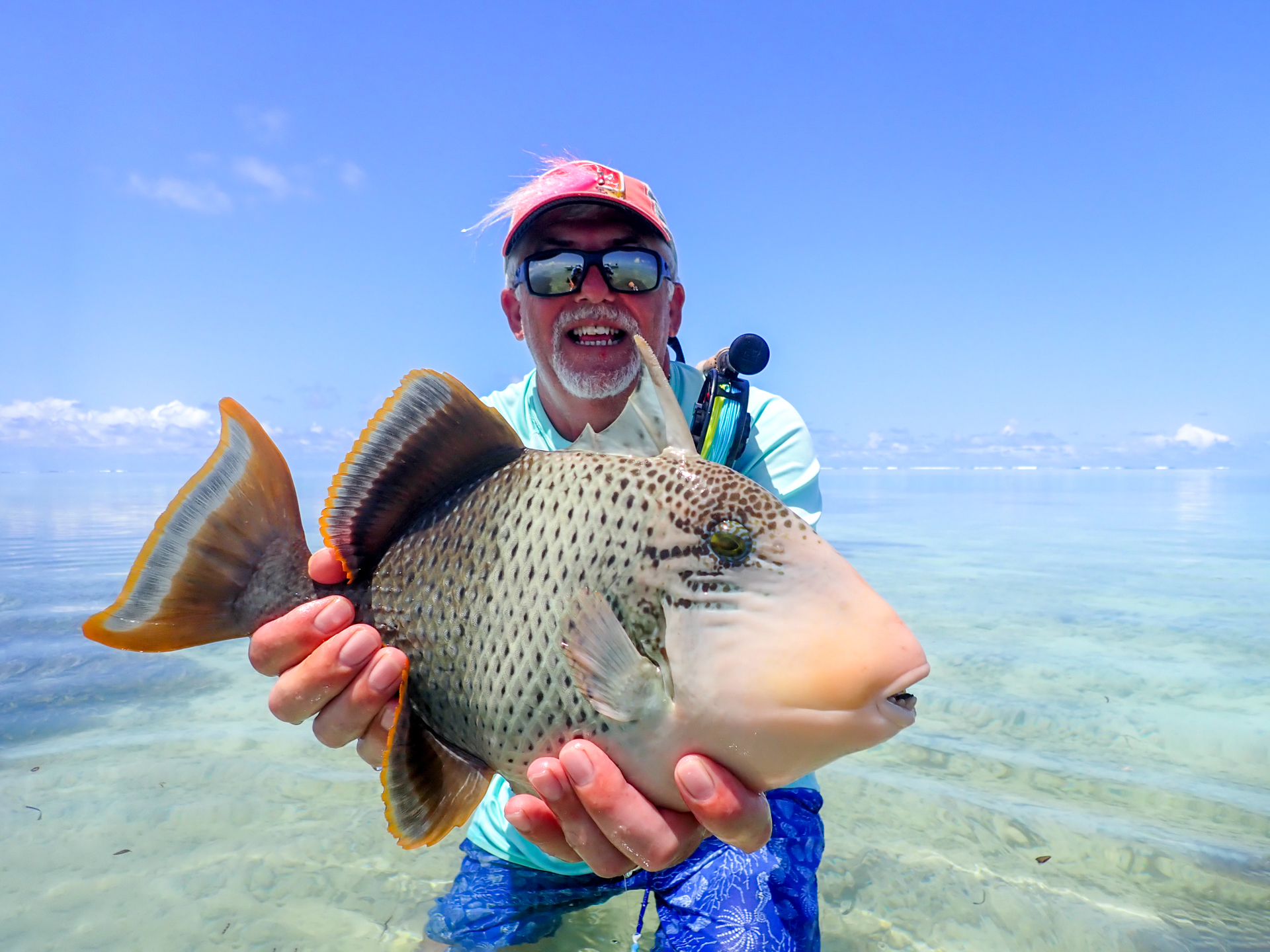 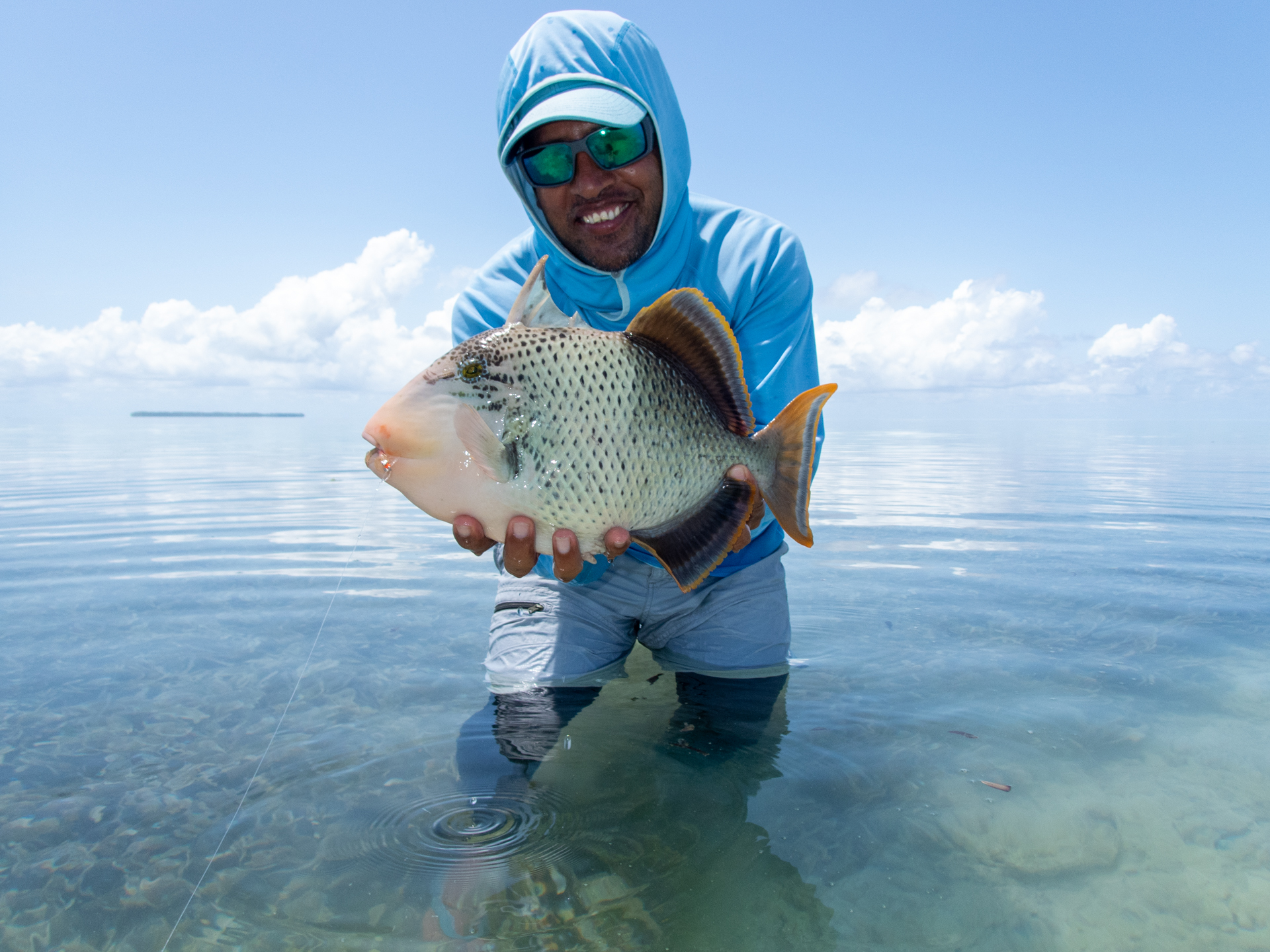 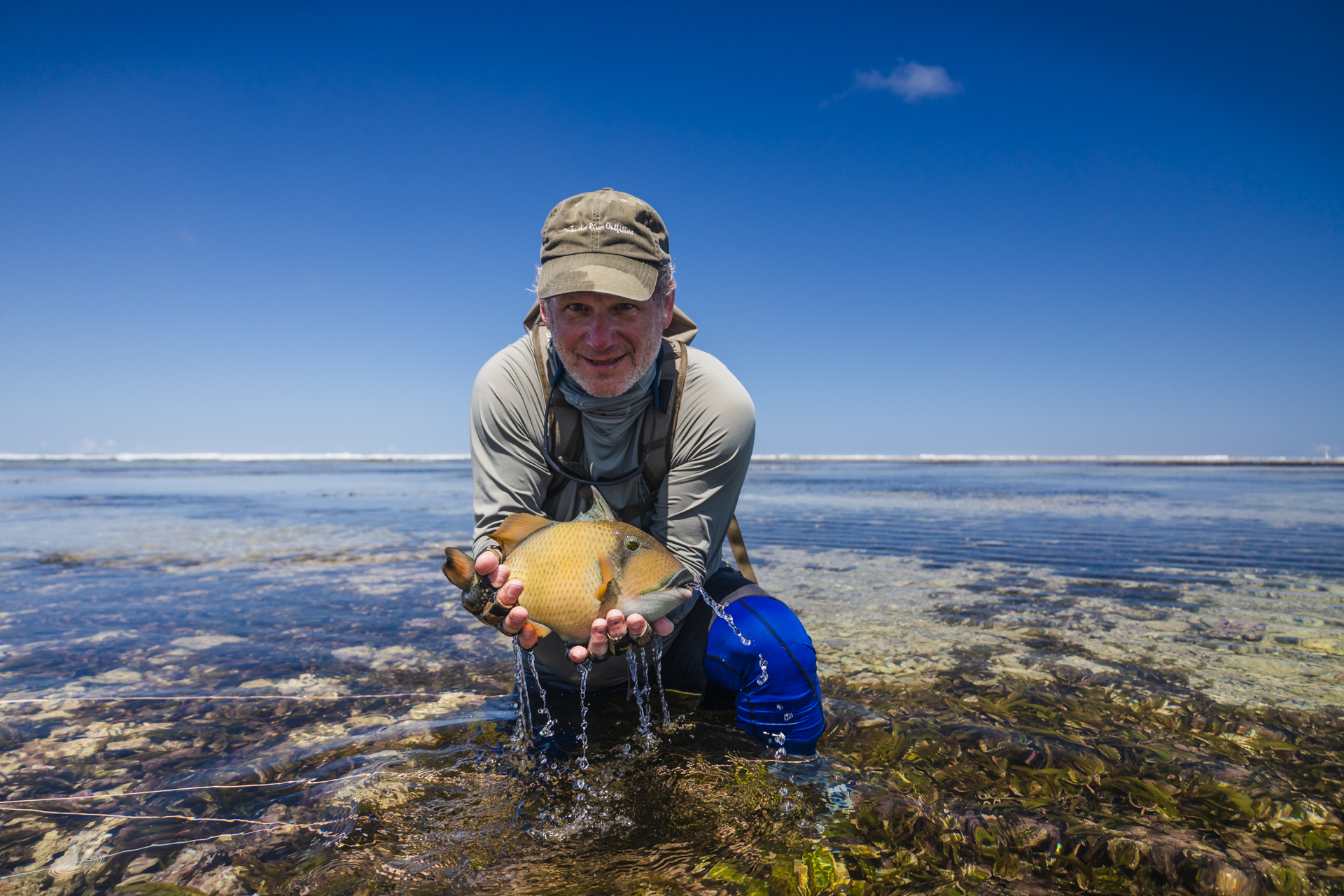 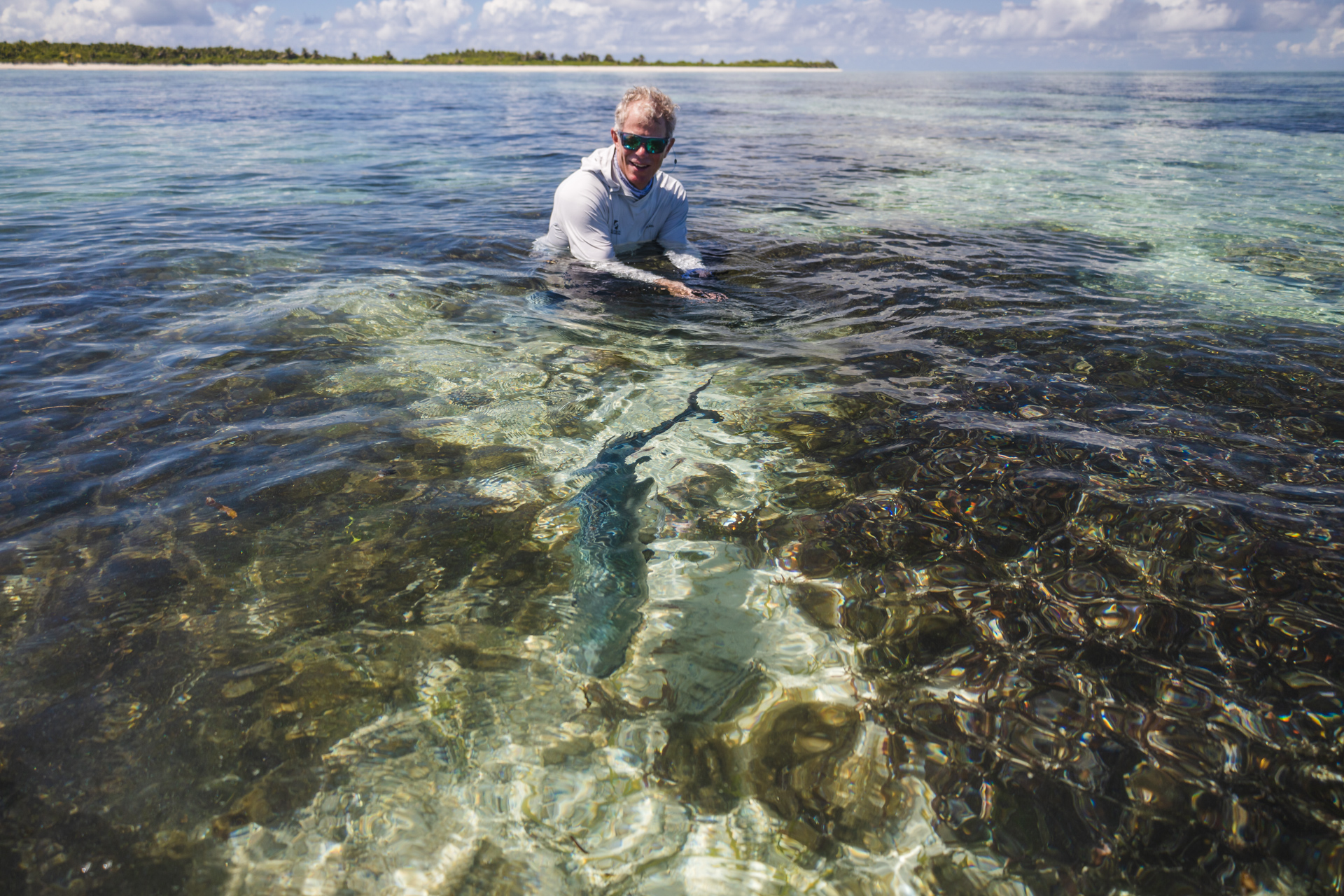