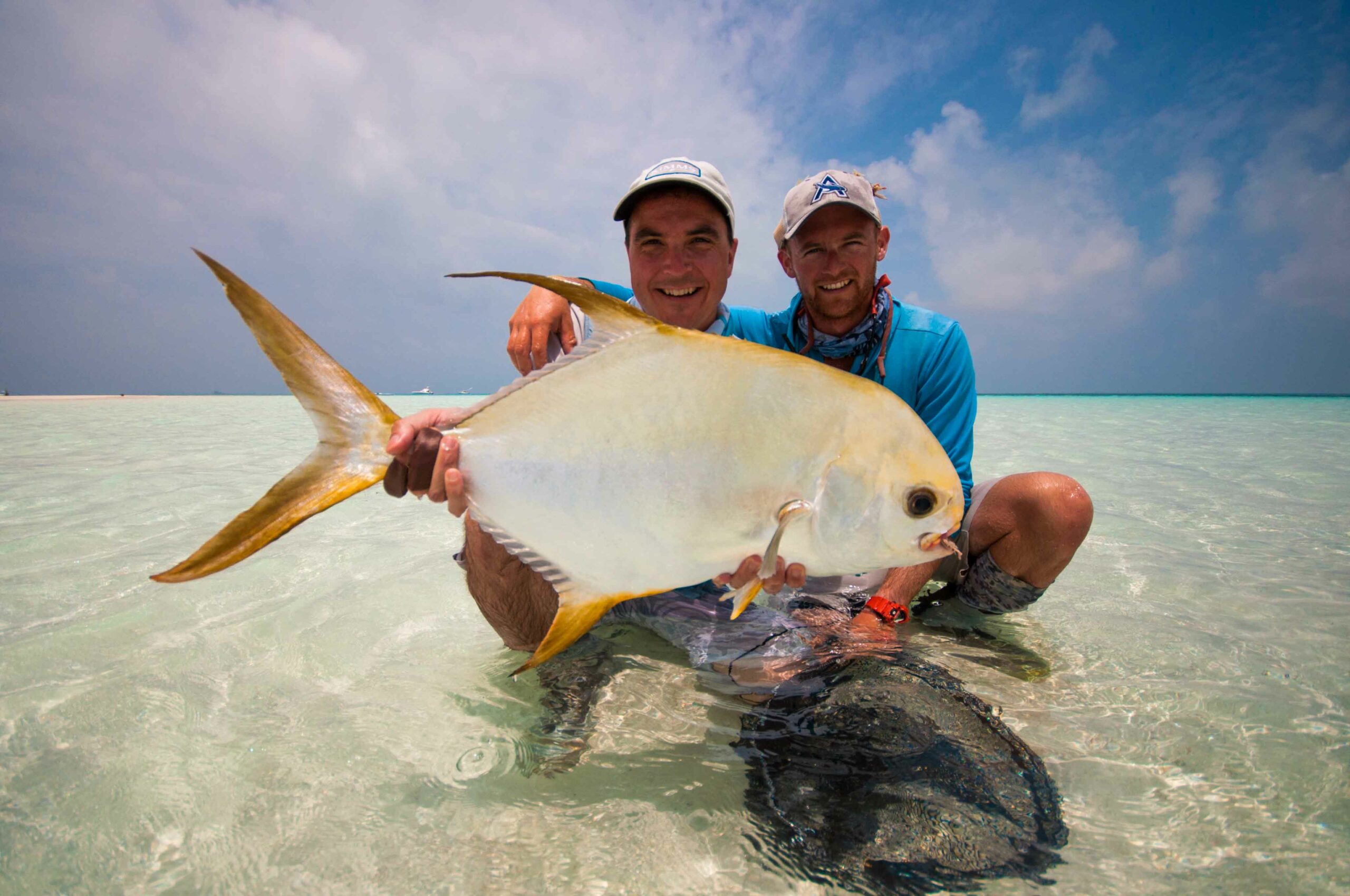 Tricky unseasonably wet and windy conditions have lingered due to a massive tropical depression off the coast of Madagascar. Regardless, St. Francois flats continued to yield good numbers of bonefish with a trophy-size of 70cm landed by Trevor Skinner who also landed the notoriously moody Yellow Margin Triggerfish after a battle that included a swimming guide.

Directly across the lagoon on the dead low tide, Russ Ford was “holding gold” landing a super 66cm Indo-Pacific permit and also went on to stick a 93cm GT later in the week.

Nick Bowles, who partnered with Trevor for the week fished the bluewater doubling up on Sails and then later that day catching a bonefish to complete the “Bills & Bones Slam”. Nick also landed an 80 cm GT, Moustache Triggerfish and the commonly seen yet rarely captured emerald parrotfish, the second landed of the season. Congratulations Nick!

The strong winds made for tough conditions for fishing outside but luckily Robert Layton was up to the challenge and managed to surrender a 34lbs milkfish on the fly.

All being said it was a difficult week but St. Francois still produced a great variety of exotic species. 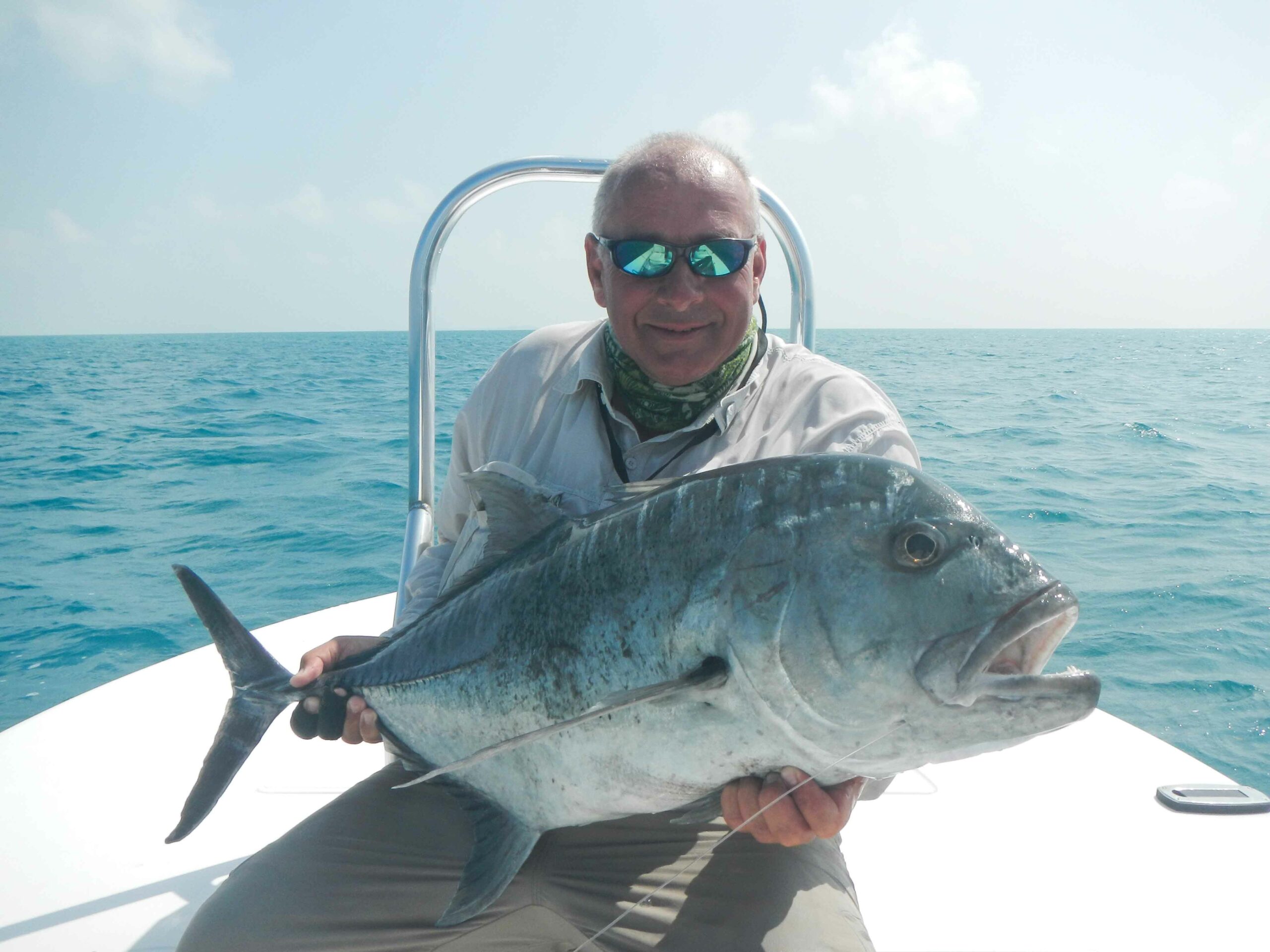 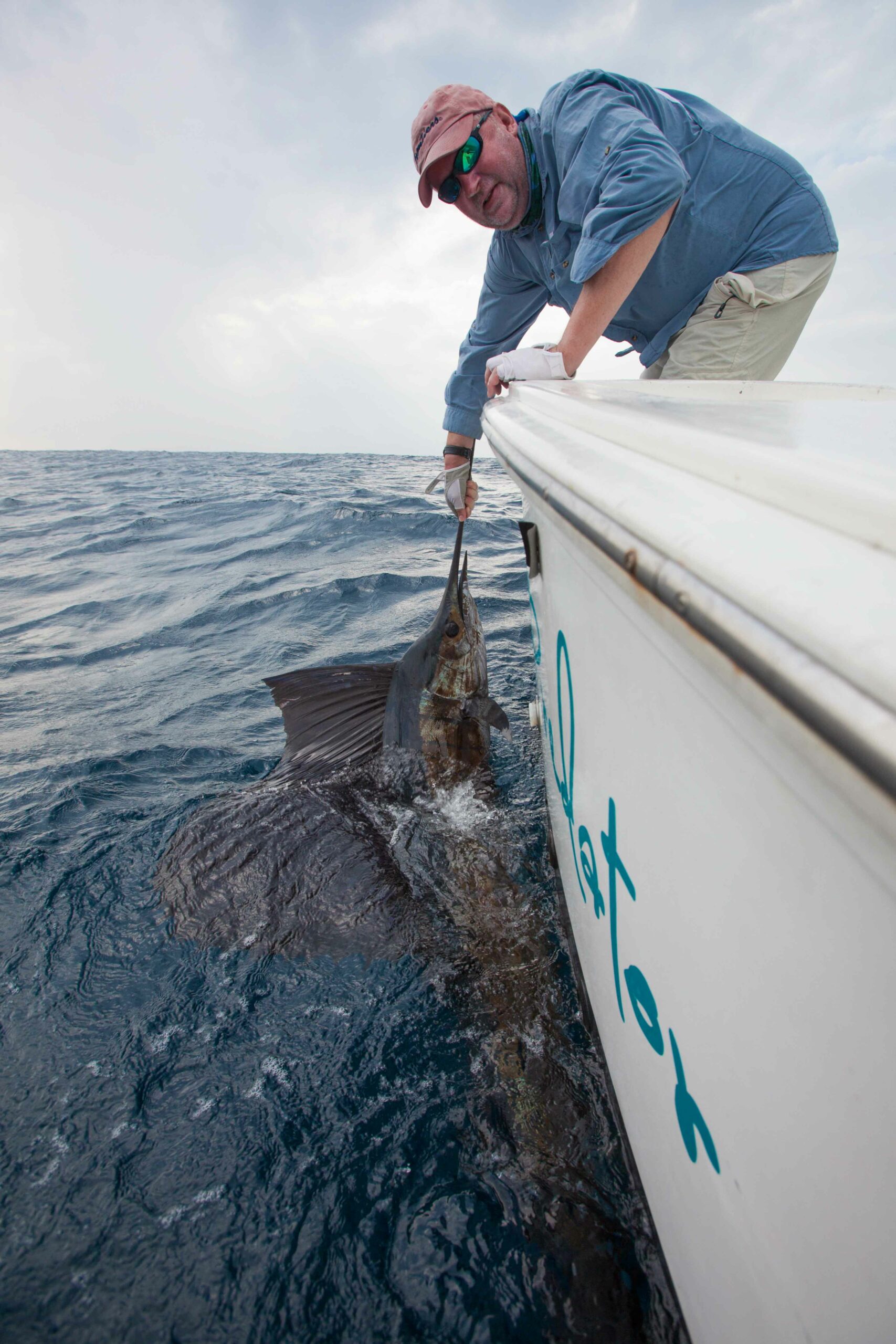 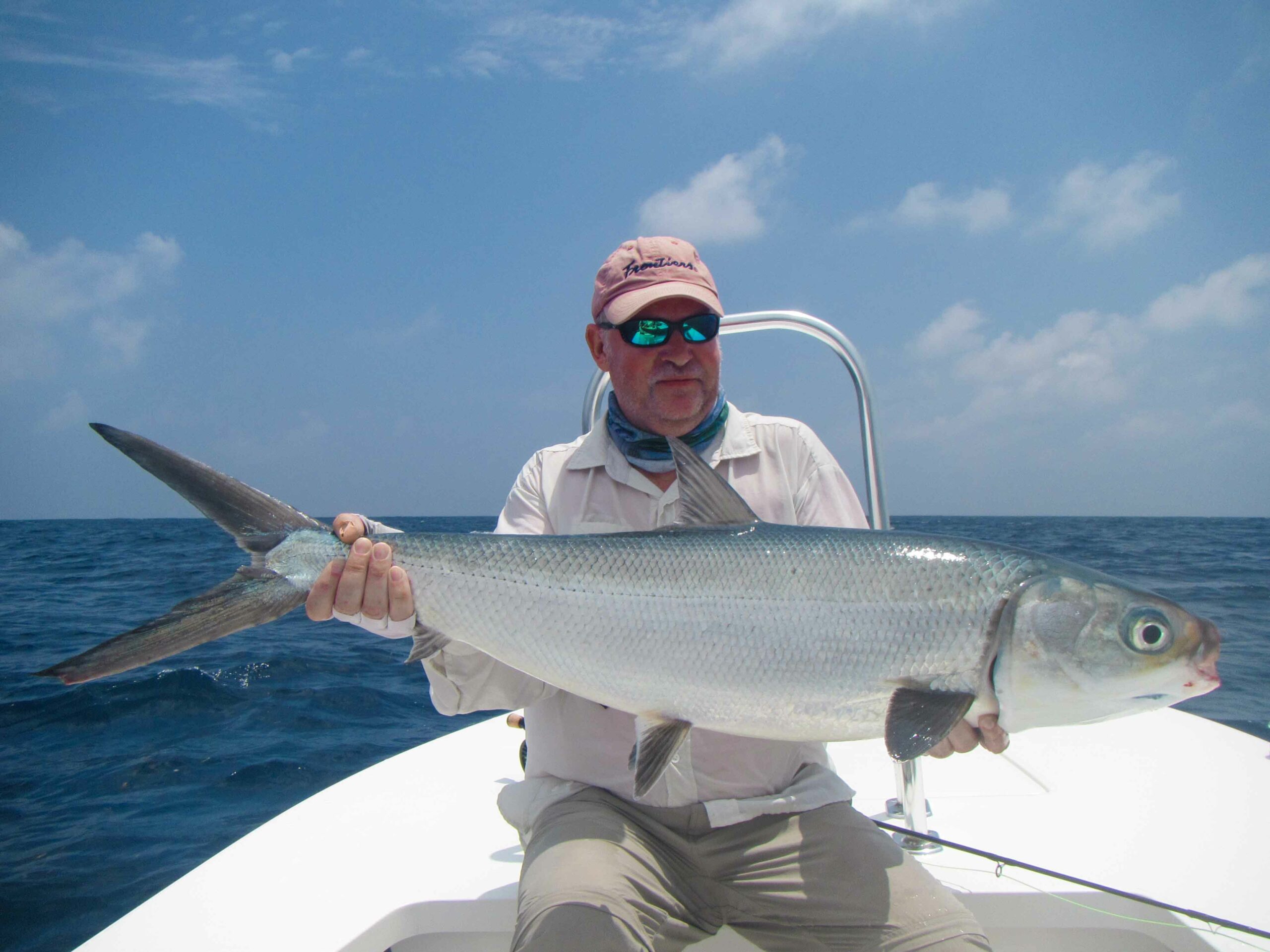 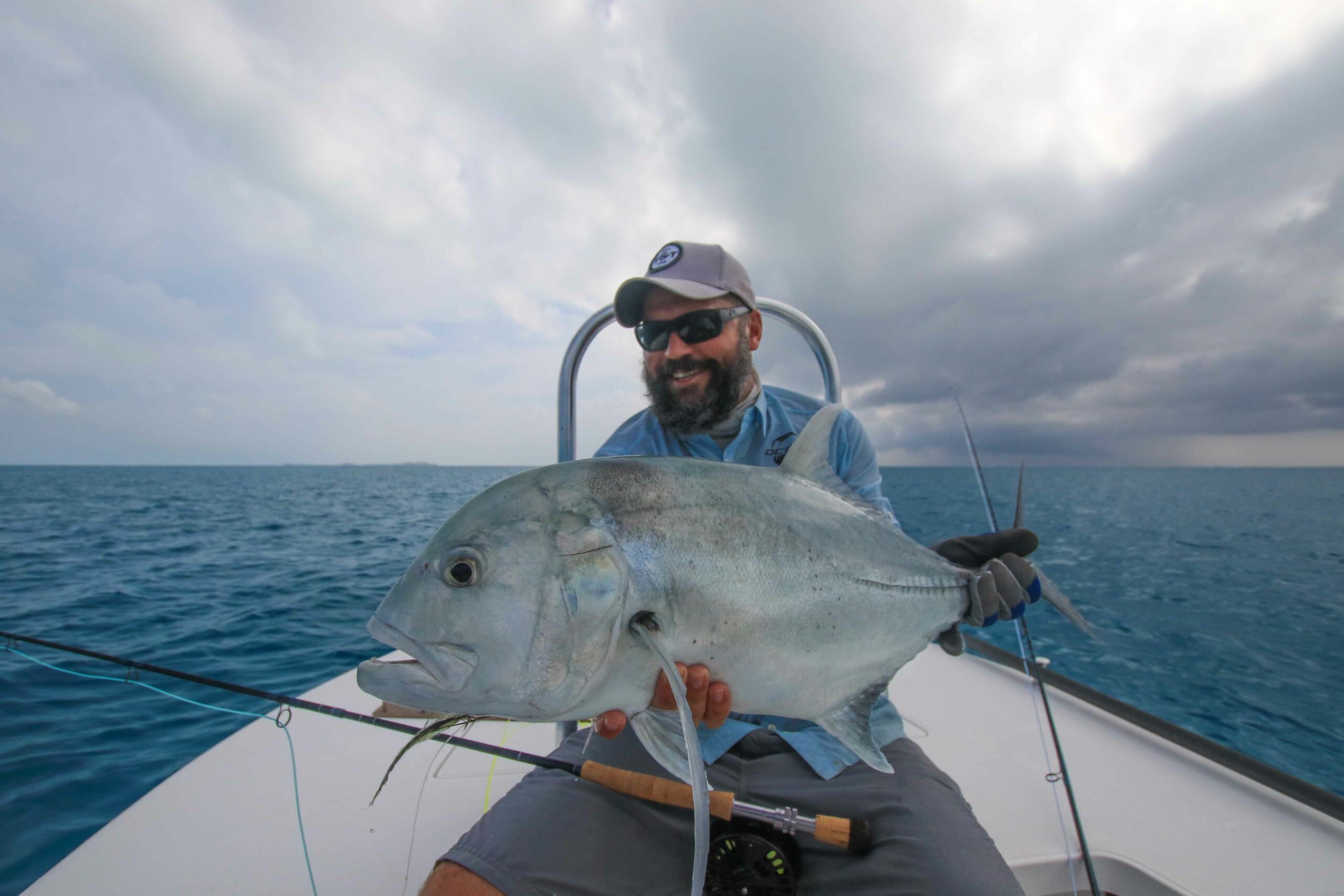 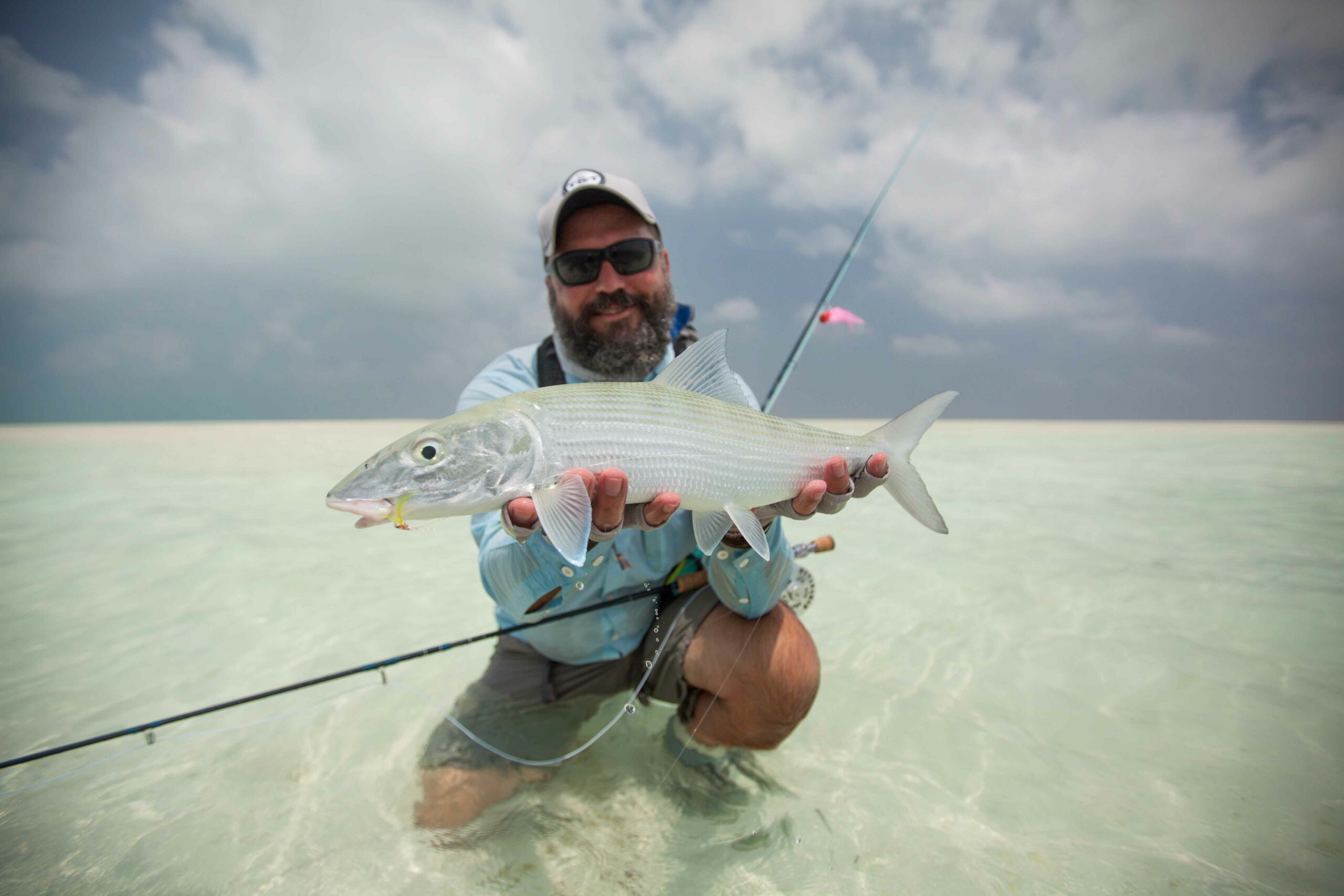 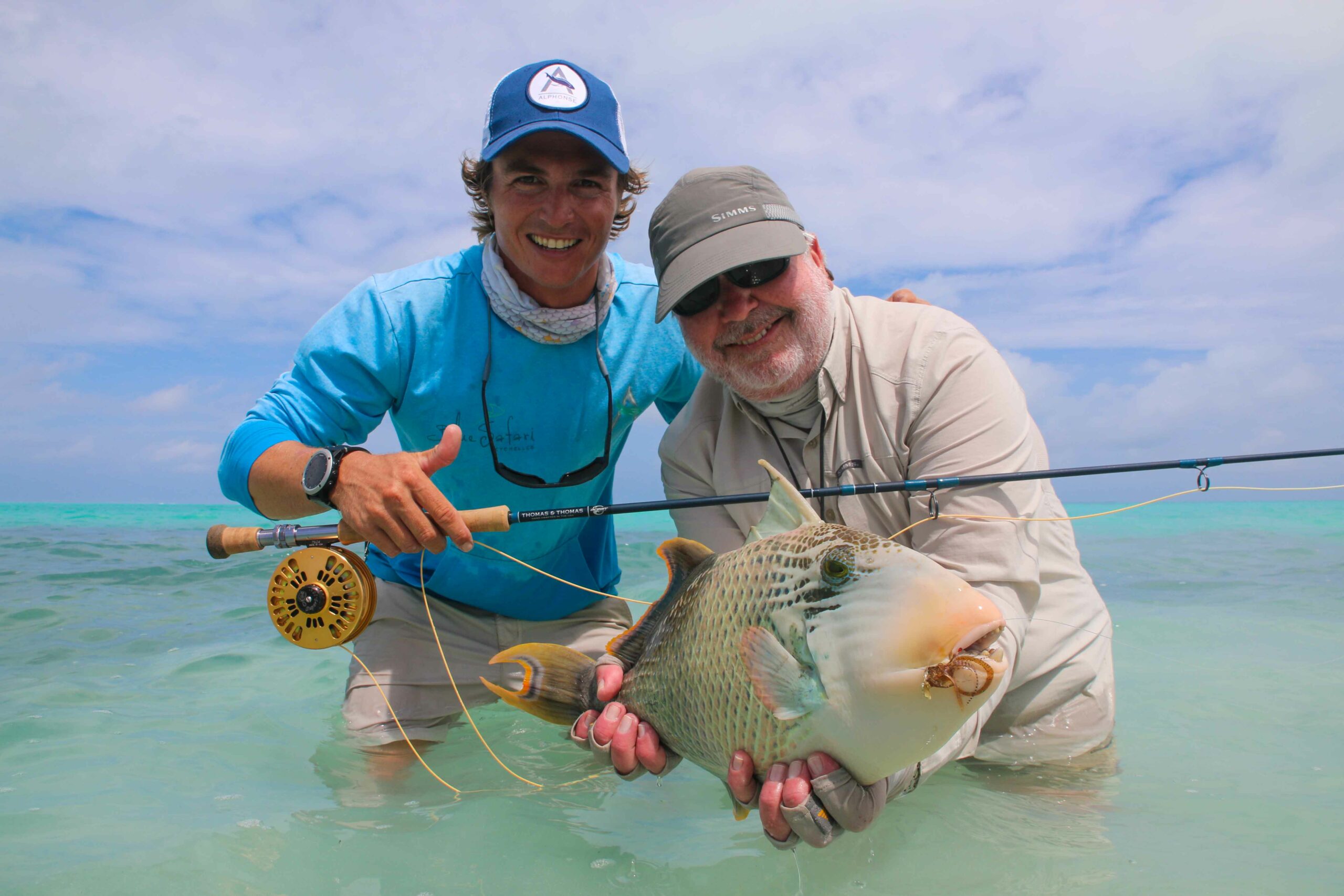 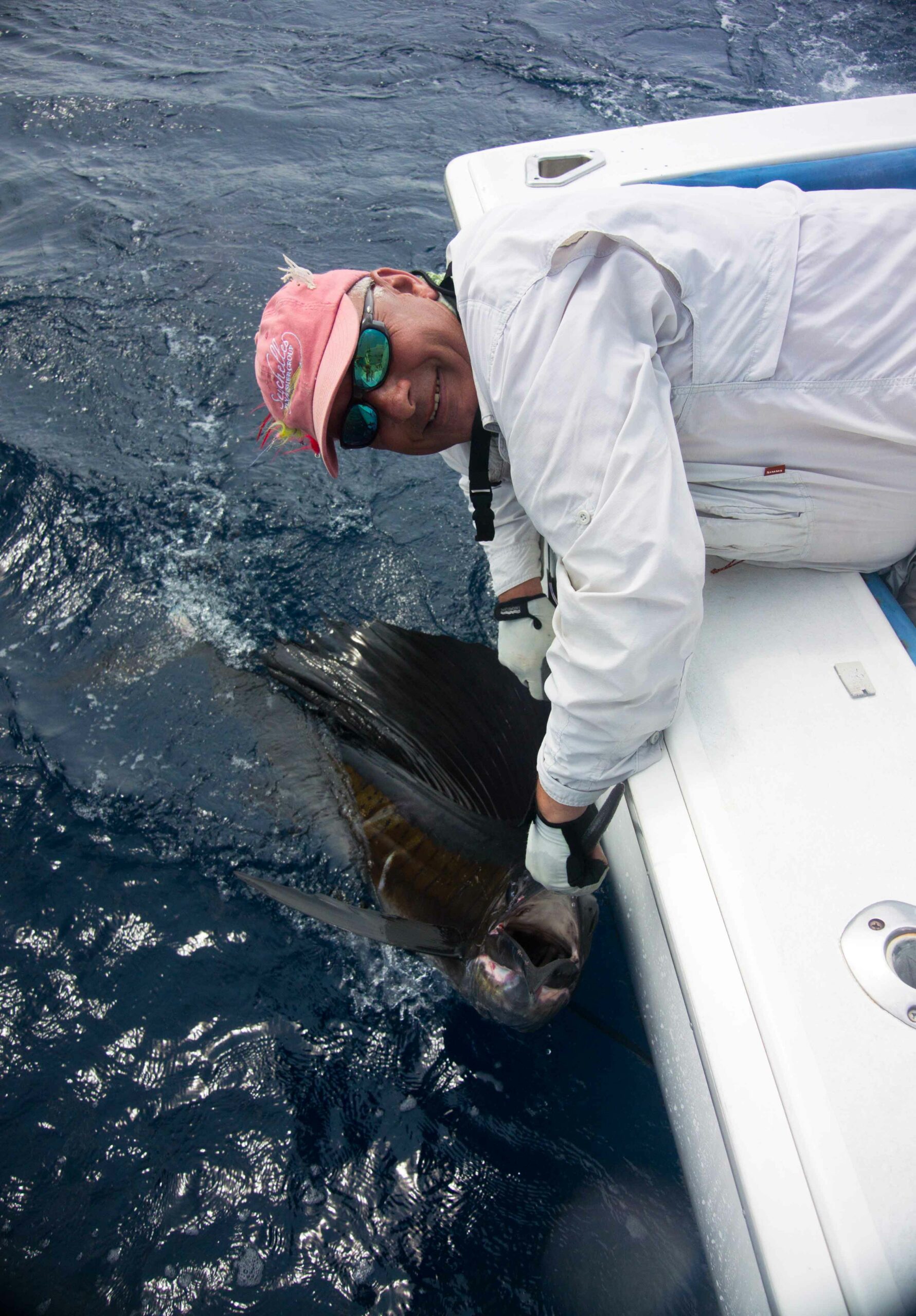